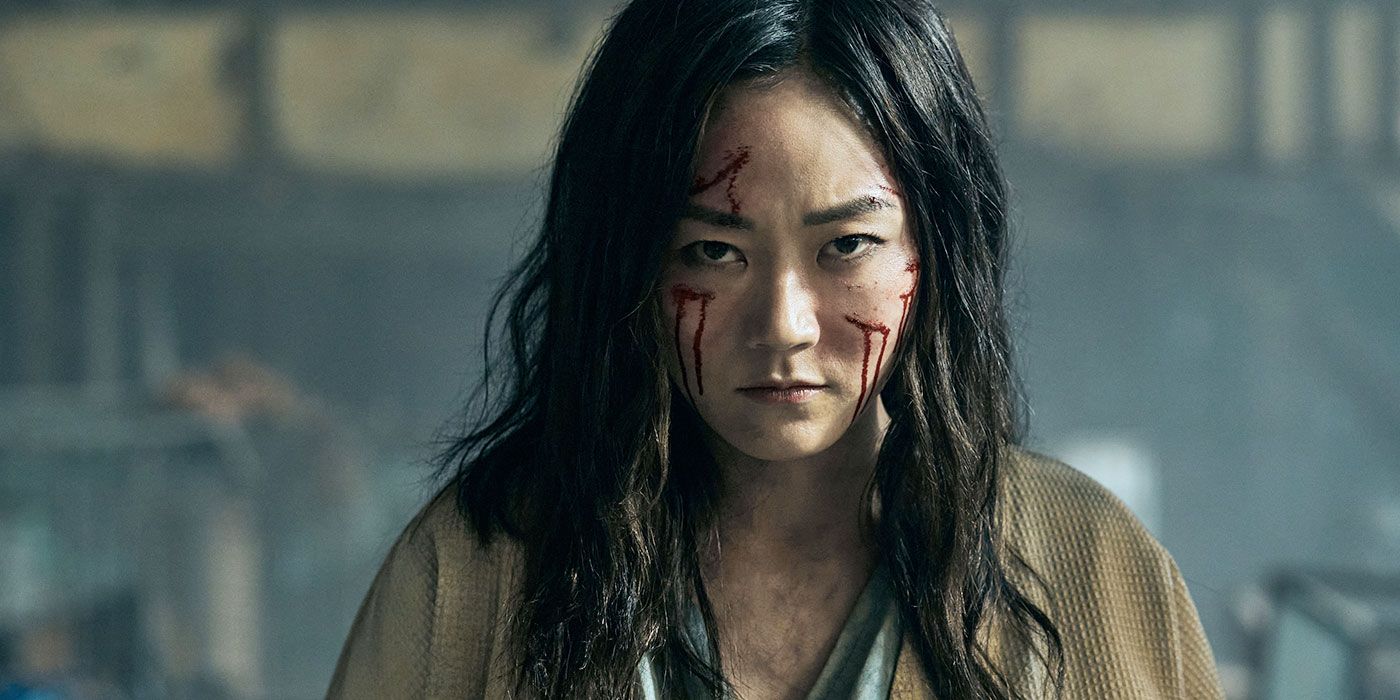 The Boys’ third season is anticipated to be its most daring and exciting one yet. Season 3 significantly broadens the scope of the show’s narrative, from the introduction of Temp V to Soldier Boy (Jensen Ackles), a Captain America spoof. The season has been jam-packed to the gills with jaw-dropping, meme-worthy moments along the road. Soldier Boy sings a Debbie Harry tribute song! The Deep recreates the famed “Imagine” film with notable people! Every second of Herogasm! The list continues. The scenes, however, with Kimiko, the show’s unappreciated asset, have garnered much too little attention (Karen Fukuhara). Kimiko participates in the brutal mayhem of the show, offers a look into unfamiliar genres, and adds to its thematic weight. This season, no character more accurately embodies the series’ core values.

Since The Boys’ debut, the series has been committed to fusing gory violence with grim humour. The Boys delights in its Mortal Kombat-like bloodbaths that leave viewers in utter awe rather than seeing the polished, bloodless superhero action of most cinematic superhero fight scenes. Kimiko’s sex toy battle sequence in “Glorious Five-Year Plan,” the season’s fourth episode, strikes a better balance between the show’s irreverent absurdity and graphic violence than any other scene in Season 3. Kimiko is sent to kill the Oligarch when she is on an undercover assignment in Russia with the notorious Little Nina (Katia Winter) (Jasmin Geljo). When Kimiko comes, the oligarch opens a chest to expose a selection of sex objects bearing the The Seven logo. 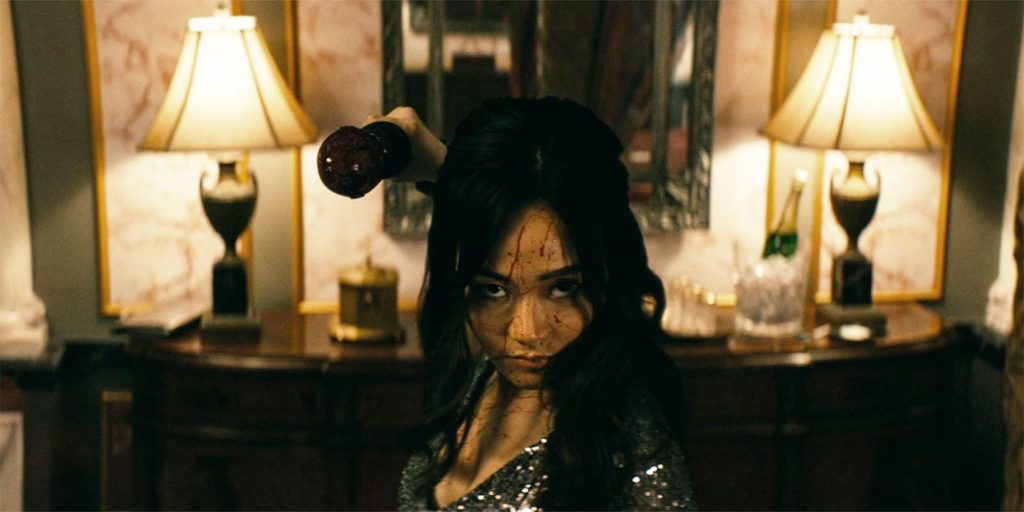 A short while later, “Black Noir’s Silent Screamer” rips a large, gruesome hole in the Oligarch’s face from the bottom up. Kimiko uses each of the super-dildos she has to stab and rip through the assailants as his bodyguards start to attack her. The Starlight-inspired toy vibrates in his neck as she eliminates the final danger, spitting more blood onto the ground. A Russian rendition of “I Will Survive” is playing in the background as all of this is happening. Even with blood all over the place, the melody and the weapons objects make the scene really funny.

Deconstructing the components of the superhero genre is one of the series’ main themes. Most often, this is accomplished by flipping superhero archetypes or using the show’s satirical perspective. The fifth and final episode of the season, “The Last Time to Look on This World of Lies,” features a Kimiko moment that broadens the show’s genre to include comparisons to other genres. Kimiko and Frenchie (Tomer Capone) watch Judy Garland’s “I Got Rhythm” routine from Girl Crazy while recovering in a hospital bed after losing her powers. The show suddenly transitions into a thrilling musical number with Kimiko taking over Garland’s vocals after she says, “I…got…rhythm.” Suddenly, the soundtrack is filled by the playback recording, and the composition changes to colours that are considerably more intensely saturated than those found in the gritty palette of the series. The staff and patients join Kimiko and Frenchie as they sing and dance throughout the hospital.

The Boys add irreverence to the situation in their signature style by transforming bed pans into musical instruments. The song ends with a cutback to Kimiko and Frenchie on the bed, where Kimiko is leaning in for a kiss. It becomes apparent that Kimiko made up the musical performance as a way to express her ecstatic sense of love and powerlessness. However, this number deftly draws attention to the repeating similarities between the musical and superhero genres, going beyond simply expressing Kimiko’s thoughts. Fighting or singing and dancing choreography are the most common iconographic features in both. In each genre, both are also employed as a form of expression. The musical number is juxtaposed with Kimiko’s other choreographed moments to show how the two genres communicate similarly since Kimiko does not enjoy when she fights.

The Boys’ central theme focuses on what the concept of heroism means for morals and mankind. When Kimiko loses her powers in Season 3, it opens up a fresh way to examine this issue since she wonders what it means for her. Kimiko is forced back into combat in Episode 6, “Herogasm,” after being taken hostage by Little Nina’s goons. She again engages in a chaotic massacre as she stabs and bites her way through Little Nina’s goons. She later challenges her own humanity after killing these foes without using any supernatural abilities. “I blamed the V for making me a monster,” she says to Frenchie. However, that is untrue. I just am what I am. Frenchie consoles her by telling her that her aggressive tendencies are a holdover from her previous life and do not represent who she really is. Thus, the plot of Kimiko raises issues of nature vs. nurture. Kimiko may be able to reverse the effects of her violent upbringing and revert to a nonviolent nature if her ultraviolent tendencies are just a result of Vought’s experiments on her. 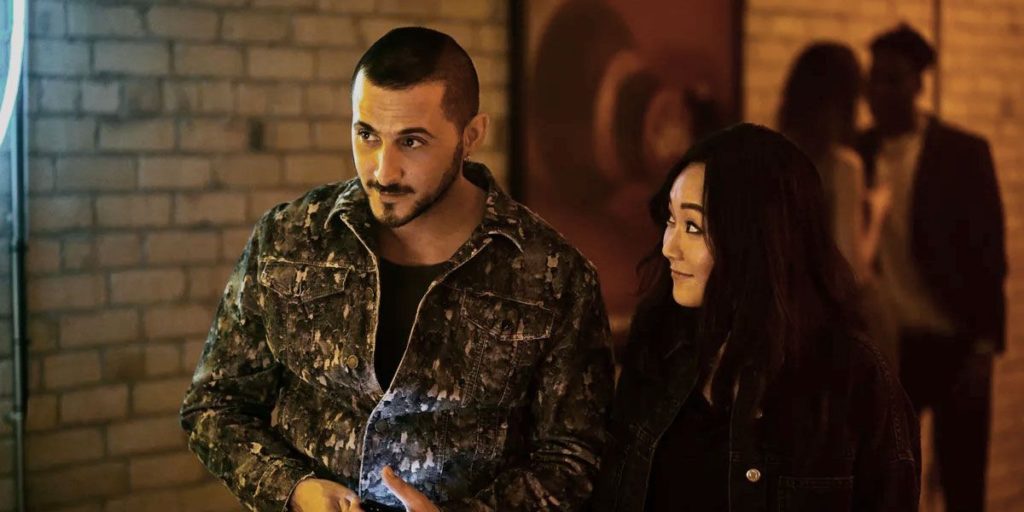 The narrative turns in Kimiko’s story further establish the series’s emotional centre as their romance. Kimiko’s violent defeat of their adversaries is never looked down upon by Frenchie, and he aids her in overcoming her ethical reservations about using violence. Regardless of the circumstance, Kimiko always has Frenchie’s back and shields him. Their friendship develops from season to season and remains a thread that gives viewers a reassuring constancy in a chaotic programme. The main romance on the show is between Starlight (Erin Moriarty) and Hughie (Jack Quaid), but because of their erratic connection, viewers are unable to support them.

Kimiko’s storylines in Season 3 capture the show’s aesthetic and thematic goals while while moving it in fresh directions. Even though the public has been riveted by some of the season’s most heinous and scandalous events, Kimiko deserves greater recognition as the season’s unsung hero. The fact that Kimiko is such a dynamic and important character is really a tribute to Fukuhura’s acting, which manages to strike the right balance between the sincerity required for such an impactful character and the absurdity of the series.