The action thriller “Lou” from Netflix was made under the direction of “Westworld” alum Anna Foerster. It features Allison Janney (of “Mom”) as Lou, a mysterious, lonesome woman who lives in the woods and is propelled into action when Hannah’s daughter, a neighbour, is abducted. The two women work together to find the missing girl. Dark secrets from Lou and Hannah’s past, however, are revealed as a result, linking the two of them in an unforeseen way. Here is everything you need to know about “Lou’s” conclusion if you’re wondering how Hannah and Lou are related and whether they are successful in their search. Spoilers follow!

The title character, an elderly woman who resides in the woods on a big estate, makes her first appearance in “Lou.” She gives Hannah, a woman, a trailer park to rent. Lou hardly interacts with anyone in the community and just has her dog, Jax. Lou is getting ready to transfer control of her estate and Jax’s responsibilities to an unidentified person after unearthing a box of paperwork buried in her yard. Hannah is compelled to be ready for the storm as it approaches. 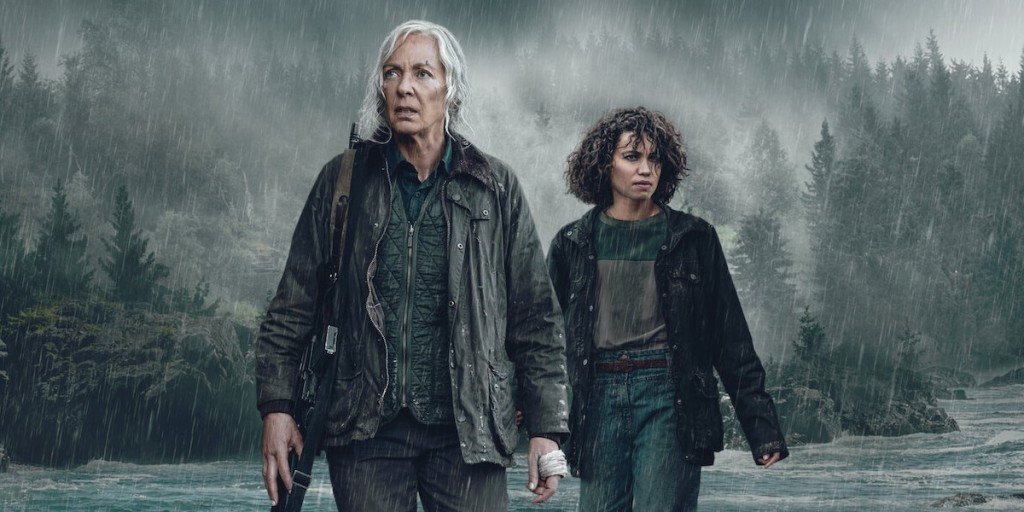 Vee, her small daughter, is distressed due to her father’s absence in the meantime. Chris, a friend of Hannah’s, visits the mother and child to make sure they have what they need to withstand the storm. Chris is slain on his way home by an enigmatic man who hails a ride during a downpour. The man soon arrives at Hannah’s house and diverts her attention. He takes advantage of the chance to abduct Vee.

Hannah discovers a postcard after finding out Chris is dead and Vee has been kidnapped. She concludes that her husband Phillip is responsible for the kidnapping as a result. Hannah, however, is of the opinion that Phillip has passed away for three months. Lou gets ready to commit suicide elsewhere after leaving a message and burning the papers. Hannah, however, shows up at her door before firing the gun. Hannah reveals that Vee has been abducted by Phillip. The women are unable to call the sheriff for assistance due to a lack of radio or phone signals.

Lou begins a search for Phillip and Vee after hurriedly gathering his supplies. Her dog, Jax, and her military training will be used to find the kidnapper. Lou soon makes it known that she was a CIA agent in the past but had to leave the organisation due to a failed operation. She consequently lives secretly on the isolated island. Lou is forced to battle and murder two of Phillip’s allies after he and Hannah run into them. She finds out, however, that Vee is being taken to a lighthouse on the island’s beach by Phillip. The rest of the plot revolves around Lou and Hannah’s ability to locate and save Vee.

Lou Ending: Do Lou and Hannah Find Vee? Why Did Phillip Kidnap Her?

Viewers learn more about Phillip and Hannah’s complex connection as the story goes along. Lou is in charge of finding Vee and tries to comprehend Phillip’s intentions in the hopes that it will provide her some hints. Lou, though, is keeping a secret of her own. Hannah admits that she married Phillip even though she was aware of his psychological issues. Their marriage was negatively impacted by his mental health, and despite her best attempts, Hannah was powerless to influence his actions. Hannah was so compelled to run away from Phillip in order to shield Vee and herself from his mistreatment. 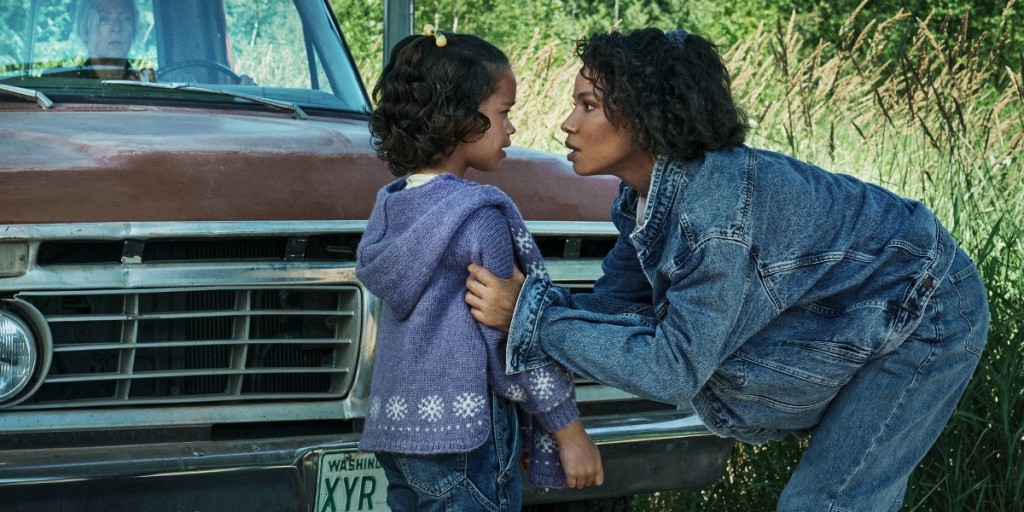 Lou and Hannah eventually reach Phillip and Vee. Lou discovers overnight camping in a rough area. So, without telling Hannah, she moves forward to confront Phillip. At gunpoint, Lou forces Phillip to talk about their horrible past. Lou’s mother is revealed to be Phillip during the chat. Lou was given a task in Iran when she was a CIA agent. The individuals Lou was making payments on kidnapped Phillip after he was born during the expedition. Lou declined to save Phillip in order to maintain her secret. Instead, she sought assistance from the CIA to free Phillip from the thugs.

The experience left Phillip traumatised, and he carried resentment toward his mother for leaving him. It is therefore clear that Phillip’s reasons for kidnapping Vee are related to his traumatic history. Phillip stabs Vee with an axe before Lou can help. He instructs Lou to take Hannah to the lighthouse as they take off together with Vee. Hannah discovers the truth about Phillip’s past after she finally catches up with Lou. She is enraged with Lou and knows Phillip left the postcards for Lou. Lou also says that she planned the circumstances to get Hannah and Vee to the island in order to keep them safe from Phillip.

The unexpected discovery that Phillip is Lou’s son creates a dramatic confrontation between the two protagonists. Additionally, Hannah and Lou need to figure out a method to protect Vee from Phillip’s risky scheme. Vee and Phillip shelter inside a lighthouse, which Phillip has bombed. He intends to kill his family and completely destroy the lighthouse in order to forget his past suffering. But before going to the lighthouse, Hannah makes contact with the sheriff and enlists his assistance. 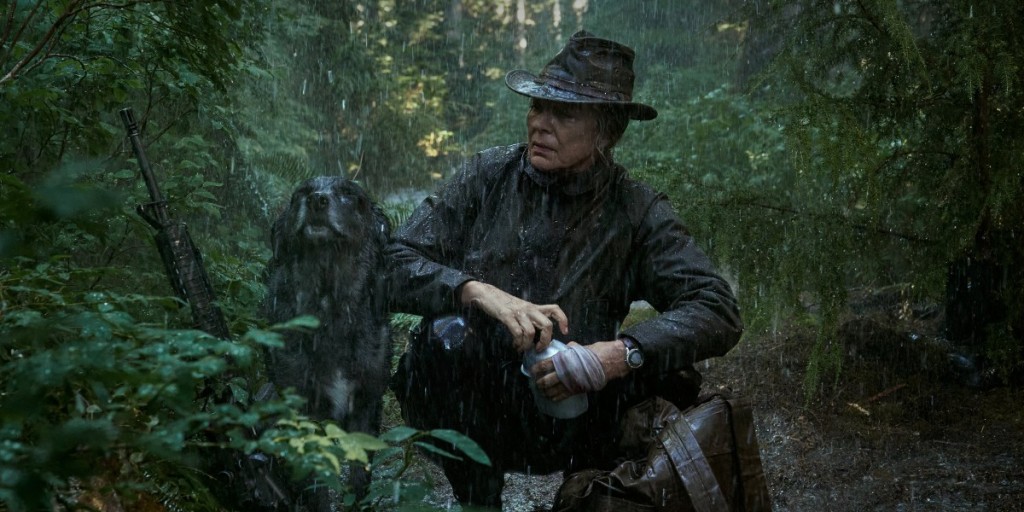 Lou stops the explosion by attaching the remote to the bomb in the meanwhile. Hannah diverts Phillip, giving Vee a chance to get away. Lou steps in and starts a battle with her son that ends in death as Phillip tries to attack Vee and Hannah. Near the shore, during their altercation, Lou is badly hurt by Phillip. Lou succeeds in impaling Phillip with a rod, though. The CIA shows up in a helicopter after Phillip gives them Lou’s location. Phillip is killed in the shooting as the chopper shoots at the mother and son. Lou and Phillip are pulled away by the waves after falling into the ocean.

Lou ultimately gives her life to save her grandchild and daughter-in-law. She feels compelled to kill her kid after realising that he cannot be saved. Lou had already admitted that she was aware of Phillip’s duplicitous tendencies. She was therefore keeping Hannah and Vee near to her in order to keep an eye on them. The last shots show that Lou has made up her mind to give Hannah her house and Jax. The hunt for Vee prevented Lou from committing suicide and instead brought her closer to her family.

After making peace with her past transgressions, Lou dies bravely. In contrast, viewers witness Hannah and Vee on board a ship in the final seconds as a pair of attentive eyes watch them from a distance. Jax appears to identify the individual, suggesting that Lou is still alive. Because Lou is in possession of important documents pertaining to the mission in Iran, the CIA wants her. Consequently, her life is in danger. Lou therefore pretended to die in order to get away from the agency. Therefore, Lou is undoubtedly still alive and is keeping an eye on Hannah and Vee. Lou resolves to stay concealed because her presence might put the mother and daughter’s lives at risk once more. She nonetheless keeps watching after her family in silence.