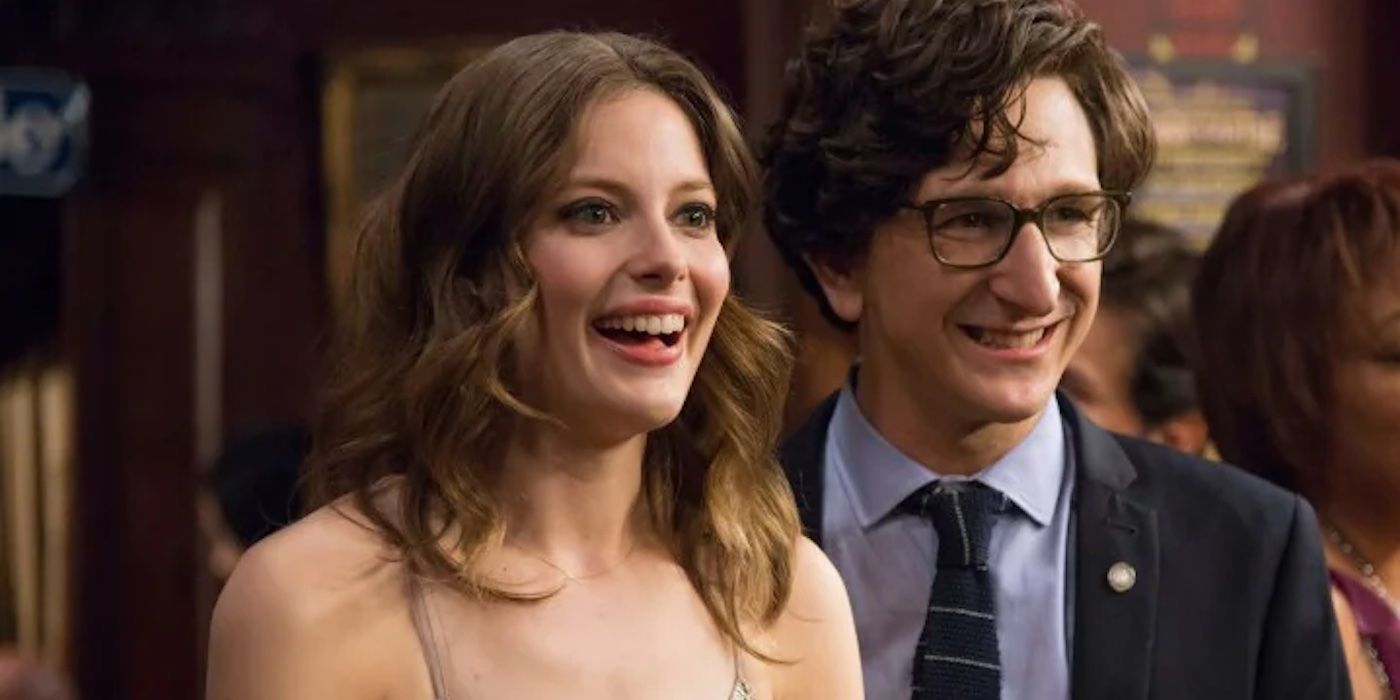 Love, one of Netflix’s best productions, made its debut in 2016, not long after Valentine’s Day. The programme was created by Judd Apatow, known for Freaks and Geeks, Knocked Up, The King of Staten Island, and many more films, and Paul Rust, best known for his lead role in I Love You, Beth Cooper. It was meant to be an open examination of contemporary relationships. The connection between Mickey (Gillian Jacobs) and Gus (Rust), as they strive to navigate the difficulties of contemporary love, is at the centre of the narrative.

Mickey is a drama junkie, a sex/love addict, and an alcoholic. She keeps making stupid decisions, doing things she doesn’t want to do, and getting into scrapes with the people she cares about. As opposed to Gus, who is uncomfortable, needy, and a “good man.” In contrast to being really nice, he is pretentious about being polite, keeping track of the favours he performs and passive aggressively criticising Mickey’s decisions. Both of them are nasty people. 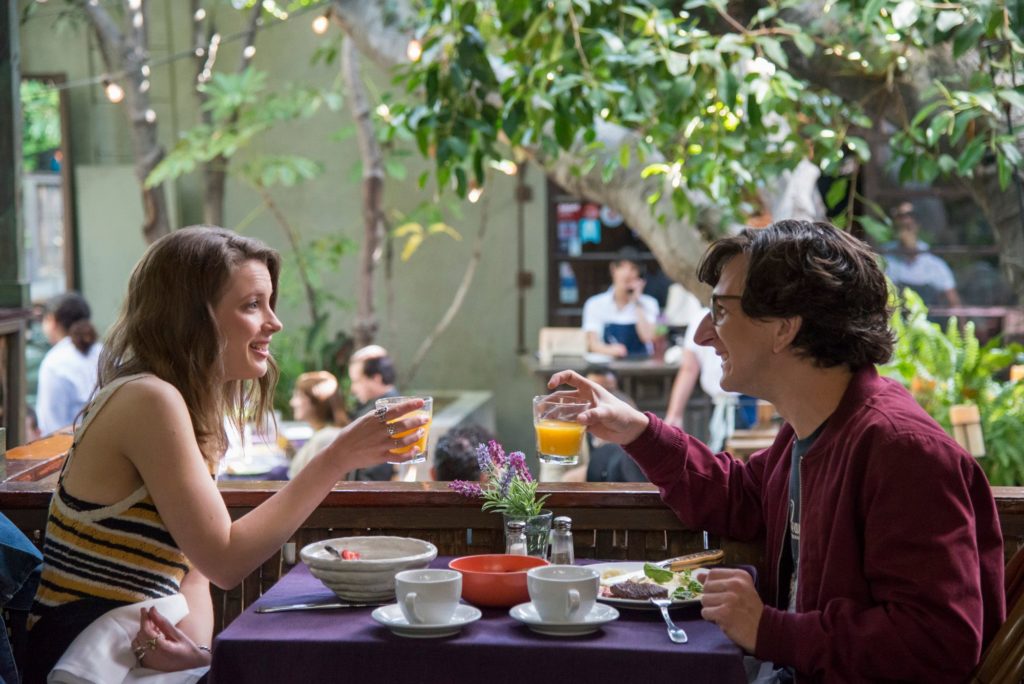 Traditionally, the will-they-won’t-they conflict has been at the centre of love storylines in contemporary western culture. The will-they-won’t-they dynamic is a key reason why the love triangle occurs; it adds drama and uncertainty to the otherwise predictable tale path. This is the driving force behind most rom-coms, sitcoms, and romances. In the modern world, there are typically two varieties of happy-ever-afters: the Jack-Rose ending and the Ross-Rachel ending. The novel either wants you to cry tears of joy or tears of grief, but either way, everything is basic and clean. After establishing the will-they-won’t-they dynamic, the protagonists either join together and live happily ever after or they are separated by some tragic event beyond their control.

Neither of these clichés apply to love. It becomes obvious that Mickey and Gus will by the end of the first season. In the first season’s climactic sequence, Mickey makes the traditional rom-com gesture of opening up to the other lead character and kissing them as the screen goes black, hinting at the impending happily ever-after conclusion. However, despite knowing they would be funded for a second season at this point in production, the episode is titled “The End of The Beginning.” The series was intended to reject those superficial love stories centred on “finding the right person” from the start.

Love is frequently depicted in our culture as an irrational emotion, in large part due to the way that we convey it in the media. When the appropriate person is encountered, uncontrollable love is experienced. Love is simple when you find the right person because It’s Just Correct! The right person can make everything better. Your insecurities will vanish because it’s just right for you. Your lack of faithfulness will vanish because it’s just right for you. But reality is much more intricate, subtle, and—at least in my opinion—interesting. Love is largely a verb; it is not just an emotion. One must take it; it must be done. Your personal issues don’t go away because you two click perfectly; rather, you work on them because you decide that the other person is worth putting yourself through the effort for. Not simply because your emotions tells you it’s worthwhile, you work through the relationship because you determine it’s worthwhile. The activities you decide to take each day make up the verb, the process of loving. 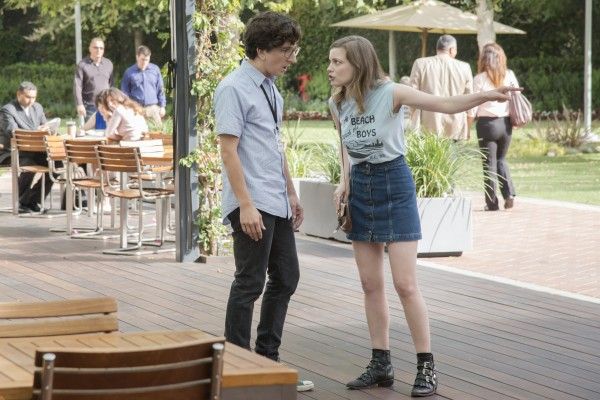 Fundamentally, this is what love was always intended to be. a denial of the lies that dramas and rom-coms have been telling us for years. An acceptance of love as a process, as something that requires effort and is worthwhile exertion. Gus and Mickey are both flawed human beings. Both of them make poor partners. Mickey makes poor choices and exaggerates Gus’s remarks as if to incite conflict. Gus is judgmental and always stands on a high pedestal, but he does so covertly and in a way that allows him to maintain his credible denial when Mickey confronts him and accuses him of being insane.

But it’s so rewarding to witness when the two of them put in the effort to improve themselves for one another, when they are able to overcome their fears and show genuine concern for one another, and when they go above and beyond the people we anticipate them to be. They are better people because they met someone they want to work hard to be better for, not because they met the ideal person.

In Season 3, Episode 4, “I’m Sick,” one of the best instances of this may be found. Gus is about to have the happiest day of his life with his buddies when the episode begins, and Mickey is ill. Gus makes the decision to go back and look for her out of concern that Mickey is using this as a test. Mickey accidentally gives Gus food poisoning while believing she is not contagious and only has food poisoning. As a result, they end up fighting in the bathroom while both are unwell. Mickey was putting Gus to the test. She was careless in how she documented her illnesses, and she really made Gus ill as well. Gus, however, also treated her like a task and anticipated recognition for his act of kindness. They grapple with the idea that being in a successful relationship doesn’t always entail having happy moments in this episode. Even still, at the end of the episode, when their argument is at its worst and they are screaming at one other, they abruptly stop and chuckle. They both have it in for one another and are at fault, but they shouldn’t be furious about it; instead, they should cooperate to keep moving forward. Not everything you do for the other person will feel fantastic because you love them so much; they can be a hassle. However, that does not imply that they are not worth the effort. Love is more than just saying “I love you”; it’s also about going against your better judgement to fulfil someone else’s immediate wants. 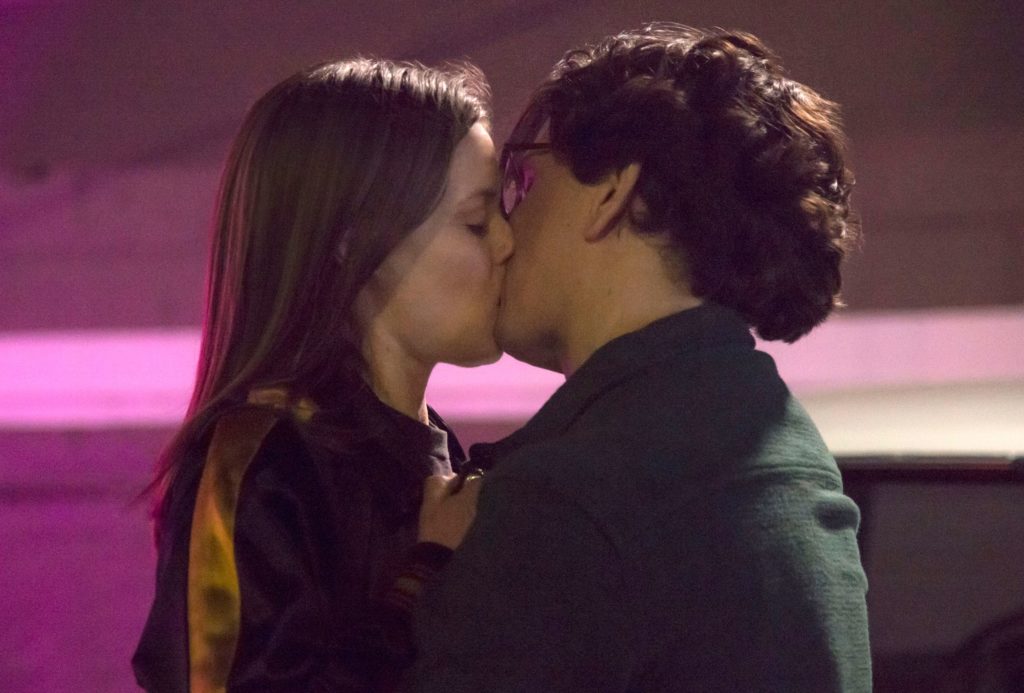 What Love did differently was clarify what being in love actually entails. It’s not a beautifully easy and pure experience where you just follow your heart and make all the correct decisions. It takes effort. It involves dedication when you don’t want to, compassion when you don’t think you can, and sharing and resolving one another’s emotional baggage. As is frequently claimed in romance novels or popular psychology, there is no such thing as a person who has sufficiently worked on themselves and is now prepared to love someone else properly. Loving someone else and improving oneself are endless processes. There is only the desire to sort anything out with a loved one; there is no ultimate objective. That, in my opinion, is more captivating, intriguing, and dramatic than the cliched notions of love in many respects. Stories are endless in the sophisticated understanding, and since our characters have to work so much harder to get them, the conclusions are even more fulfilling. That was the distinctive thing Love did.

The Reason Why Lovecraft Country Was Cancelled After Just 1 Season

Romantic Comedy Love, Victor’s Cast and Who Is Playing The Lead Characters?