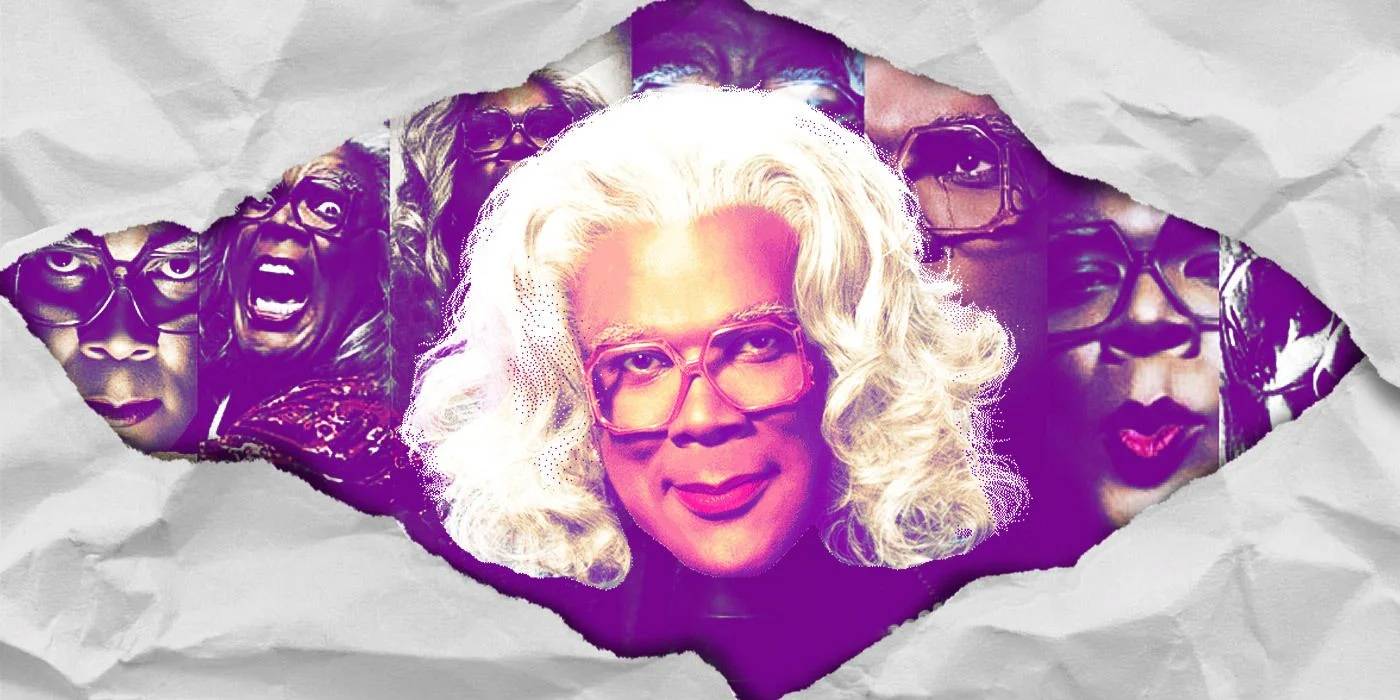 Tyler Perry’s Madea films have become a divisive part of the cinema industry. Perry’s career in the entertainment industry dates back to the 1990s, when he was well-known for his road shows. Perry began extending his work to cinema and television after meeting Oprah Winfrey, resulting in the creation of an entertainment empire. There’s no doubting his work’s significance and appeal, with a net worth of over $800 million. His iconic Madea character attempted to reach out to a new fanbase after the release of A Madea Homecoming on Netflix on February 25, 2022. Here is a complete list of Madea movies, in sequence of appearance, for those who are unfamiliar with the series or for those who want a refresher. 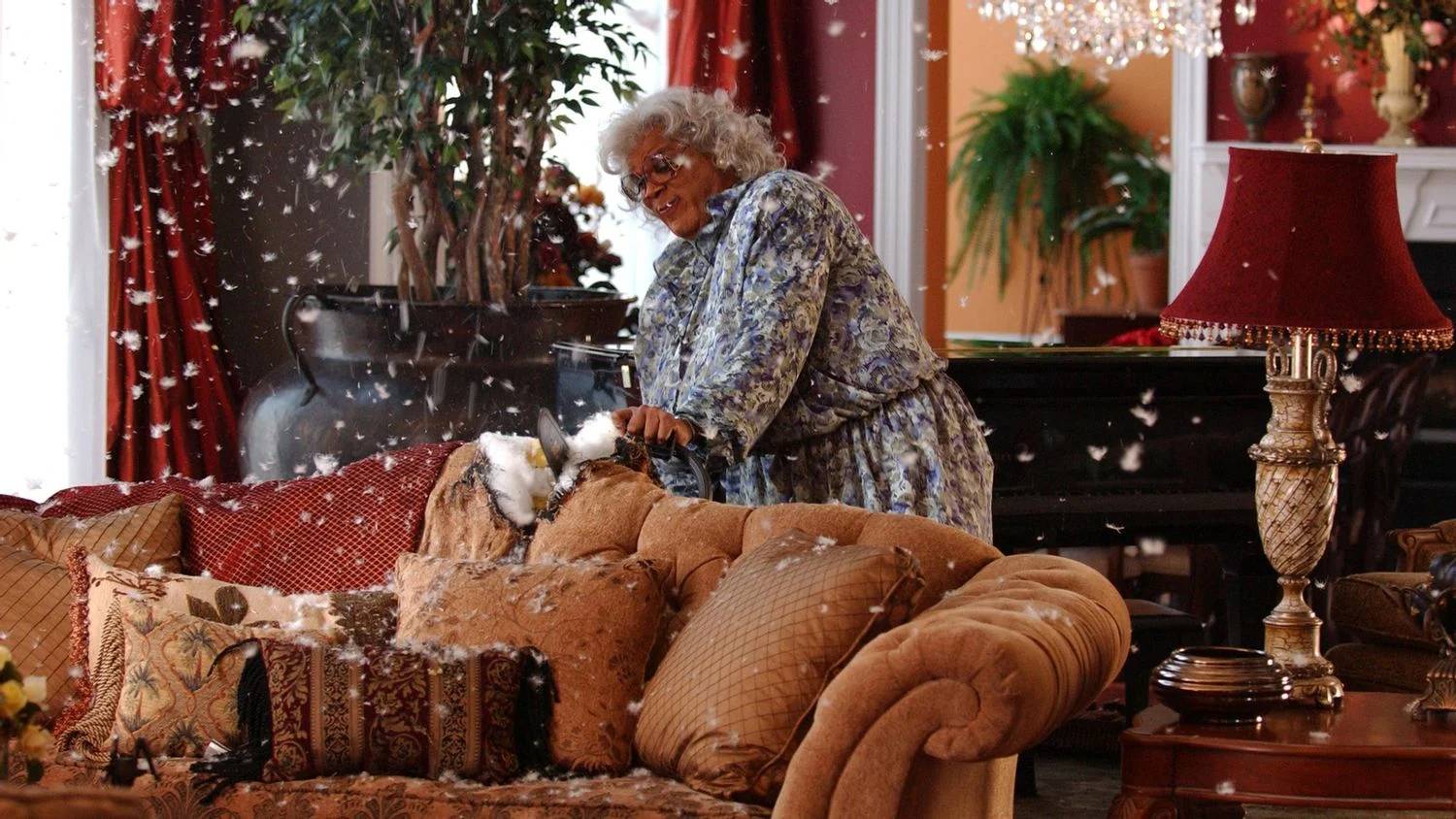 Diary of a Mad Black Woman was the big screen’s first introduction to the Madea character, based from one of Perry’s plays. The plot centres around Helen (Kimberly Elise), whose husband Charles (Steve Harris) decides to leave her on the eve of their 18th anniversary for another woman (Lisa Marcos). Helen finds consolation at her grandmother’s house, where she learns about family, self-advocacy, and finally falls in love again, who happens to be the gun-toting, chainsaw-wielding Mable “Madea” Simmons (Tyler Perry). In addition to being Madea’s first cinematic performance, it also stars Cicely Tyson. 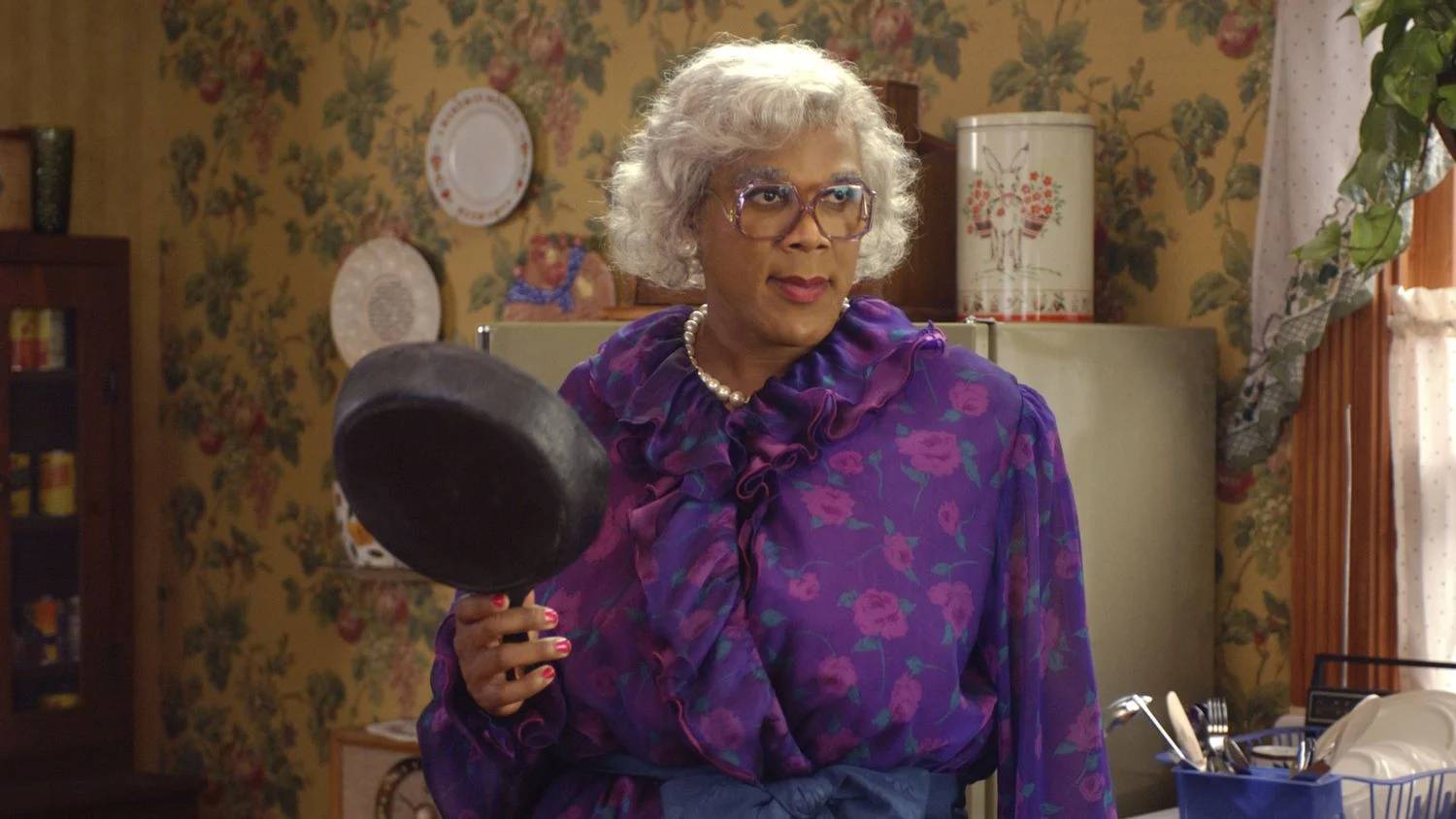 Madea’s F amily Reunion, the second film in the Madea Cinematic Universe, revisits the premise, with Madea now taking care of numerous family members. Nikki, a troubled girl in need of Madea’s help, is played by a young Keke Palmer, who gives an iconic performance in the film. At the box office, this film would outperform its predecessor, cementing the Madea series in what would become a box office precedent. 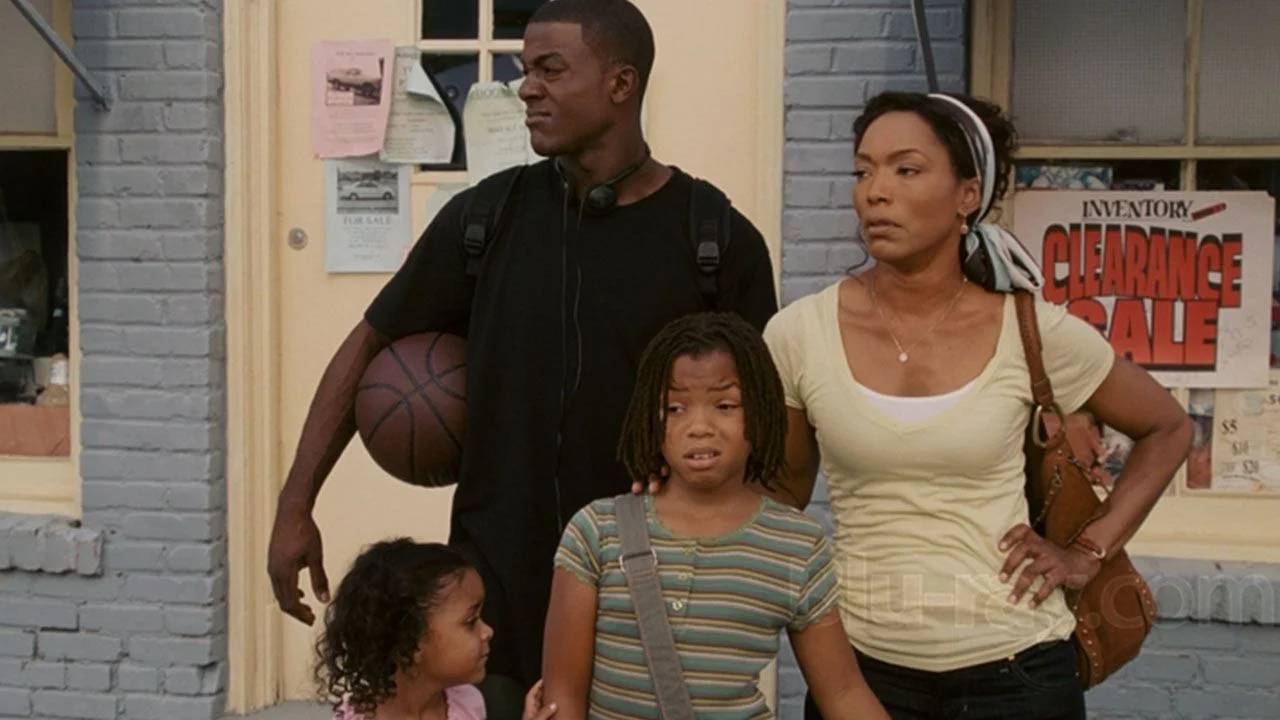 Despite the fact that Meet the Browns is not a Madea film, Madea does make a cameo appearance in this Angela Bassett-led picture. After the death of her father, whom she had never met, Bassett plays a single mother who meets her extended family for the first time. She meets the patriarch of the Brown family, Mr. Leroy Brown (David Mann), and his daughter Cora Simmons, after flying down to Georgia to attend her father’s death (Tamela Mann). Simmons is also the daughter of none other than Madea, who makes a cameo appearance in the film while participating in a televised vehicle chase. 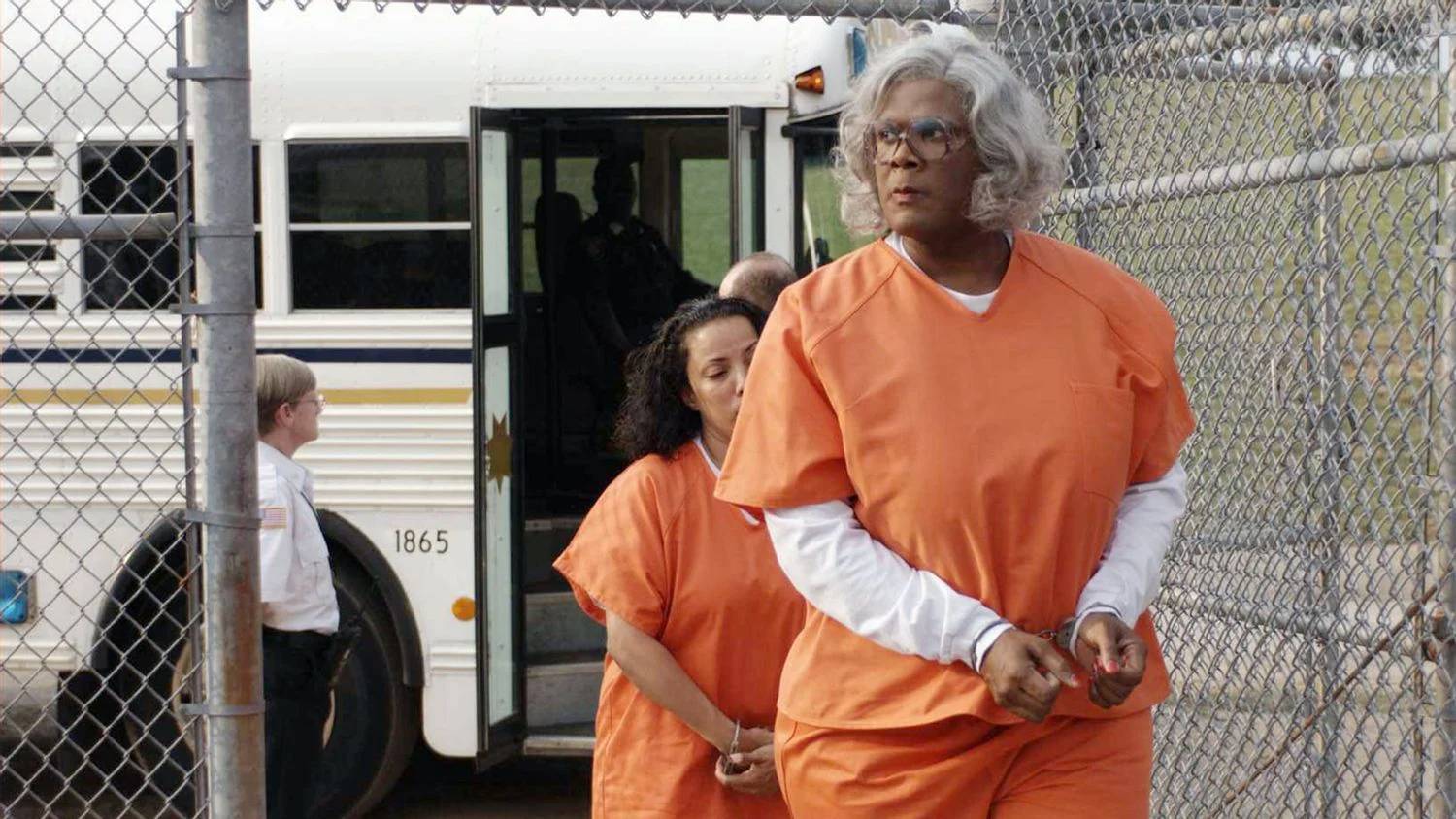 Madea Goes to Jail is the fourth film in the Madea franchise, and it deals with issues such as judicial corruption, sex work, and drug misuse. The plot centres around assistant district attorney Joshua (Derek Luke), who is engaged to fellow assistant district attorney Linda (Ion Overman), as he tries to help Candace (Keshia Knight Pulliam), a former acquaintance who has been involved in prostitution and eventually ends up in jail. Meanwhile, Madea’s violent rage and repeated legal issues have placed her in prison. T.T. (Sofia Vergara), as well as Candace, are among the damaged yet well-intentioned folks she meets there. Madea, Candace, and others have their cases thrown out and are released after it is discovered that Linda, who had overseen their cases, had participated in various sorts of misconduct. 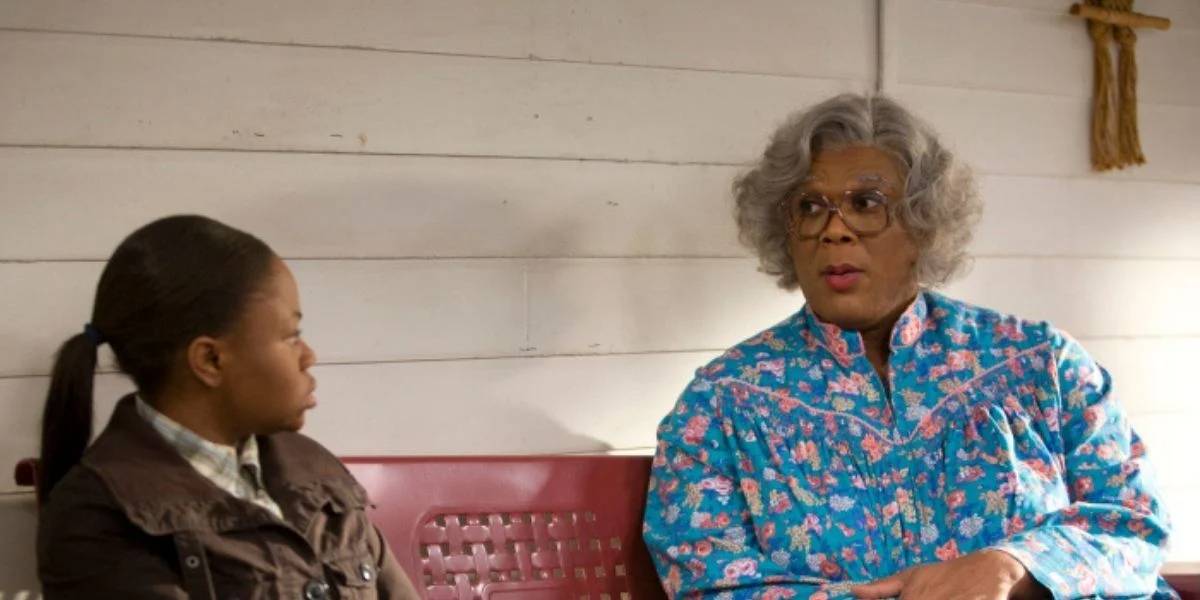 A group of teenagers tries to loot Madea’s house in I Can Do Bad All by Myself. When Madea confronts them, the kids confess that their guardian is their aunt April (Taraji P Henson), a failed local nightclub singer. As majority of the film takes place at a nightclub, it features a couple of music icons. We are treated to a performance of Mary J Blige’s song “I Can Do Bad” as a bartender at April’s nightclub. Gladys Knight also makes an appearance in the film, as a member of a church congregation in April’s neighborhood. 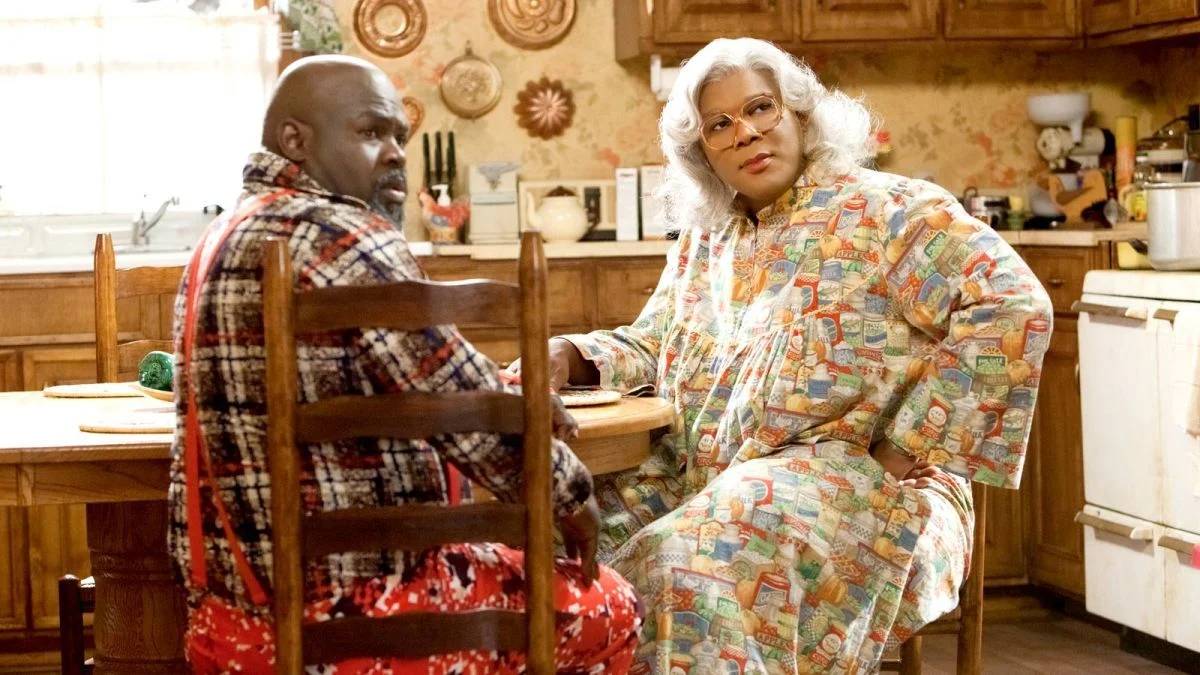 When Madea’s niece Shirley (Loretta Devine) is diagnosed with cancer, it’s up to her to bring the family back together in Madea’s Big Happy Family. This time, it’s the niece’s children who are too preoccupied with their own personal troubles. The franchise’s sixth edition also sees the return of Cora and Mr. Brown, and is based on another of Perry’s plays. It stars teen idol Shad “Bow Wow” Moss as Byron, another relative in Madea’s ever-expanding family, as well as Teyana Taylor, who plays Moss’ rowdy ex-girlfriend Sabrina, in an amazing comedic performance. 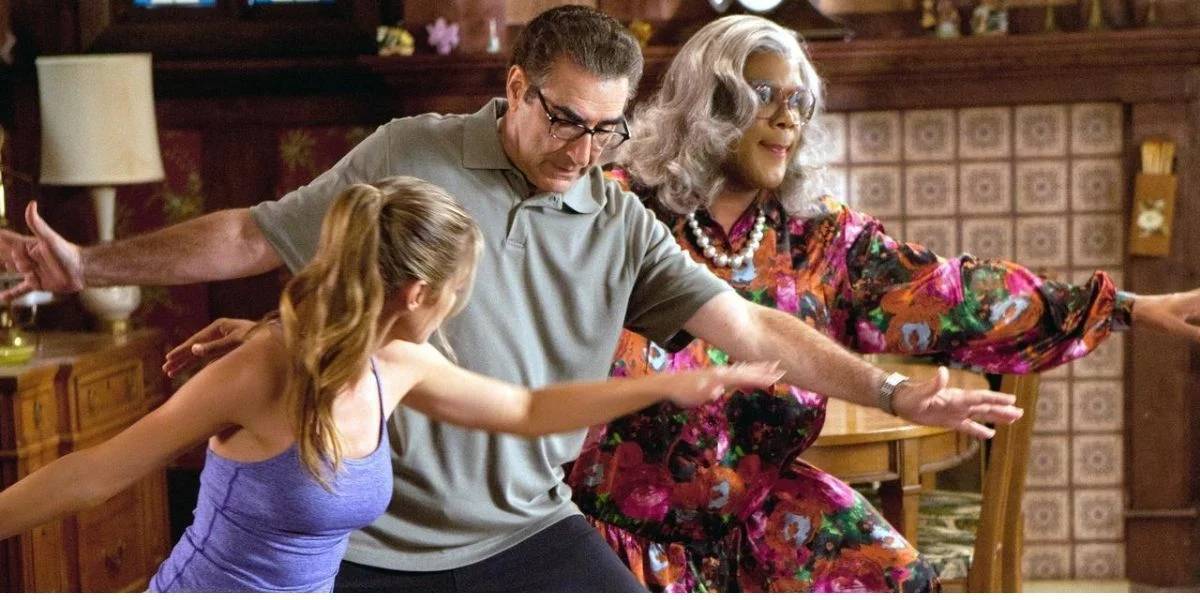 Another Madea film, another year. The seventh installment in the Madea franchise is Madea’s Witness Protection. This time, Madea’s nephew George Needleman (Eugene Levy) is a high-ranking chief financial officer who has accidentally become engaged in a Ponzi scheme and need witness protection. Madea intervenes and invites him and his family to Atlanta, promising to keep them safe from the mob. Denise Richards, Doris Roberts, Romeo Miller, and John Amos are among the actors who appear in this film. 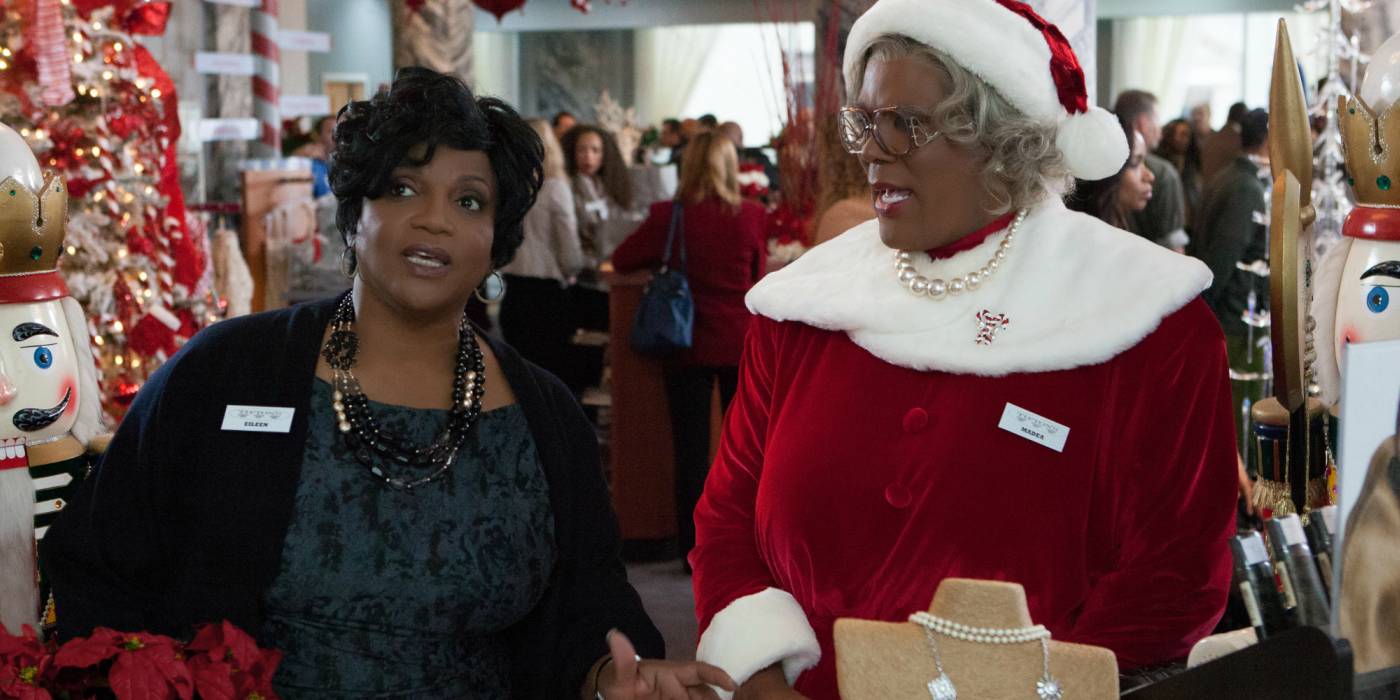 Madea delivers her unique brand of Christmas cheer and hijinx to the holiday season in the eighth episode of the Madea franchise, A Madea Christmas. In a delightful change of scenery, Madea travels to Alabama to assist her great-niece EiIleen (Anna Maria Horsford) her daughter Lacy (Tika Sumpter). Chad Michael Murray, Larry the Cable Guy, and Alicia Witt appear in this film, which deals with racial friction and interracial dating. It’s a lot of fun to see Madea go about in a Santa suit, and this film would be the first in the Madea franchise to focus on the holidays. 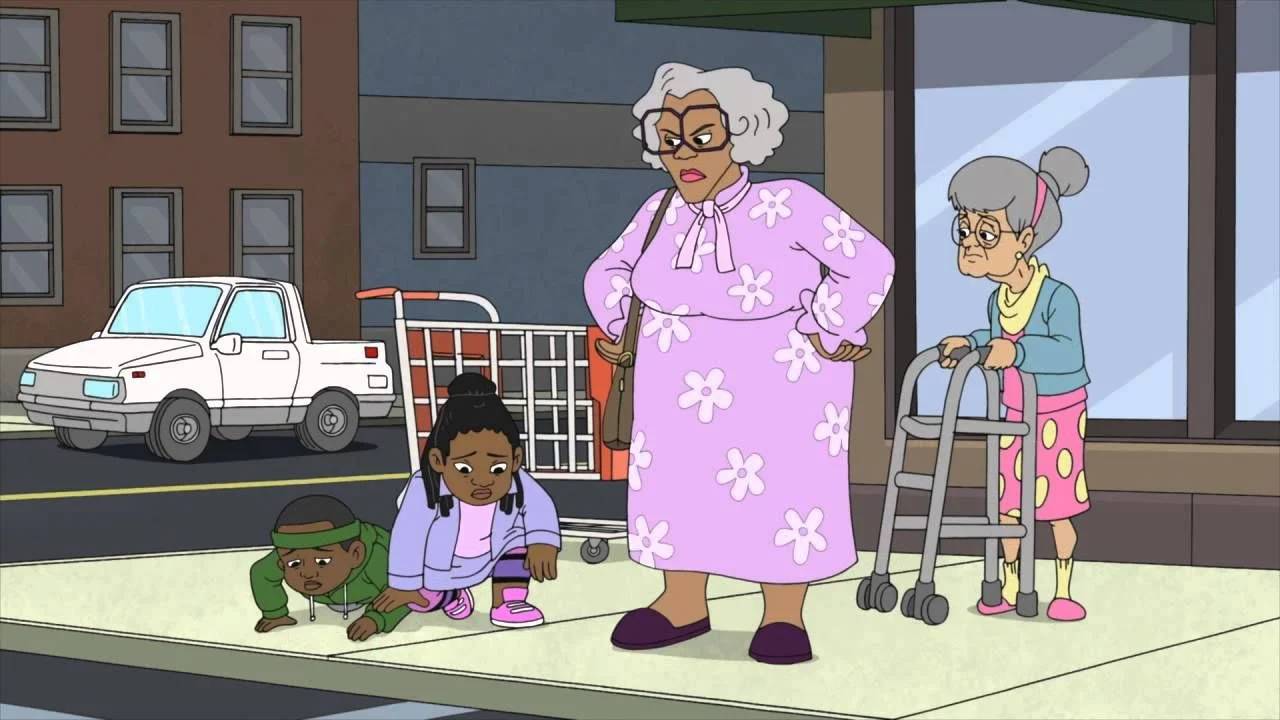 This ninth installment is the first to be animated, therefore it’s breaking new ground. Madea’s Tough Love follows Madea as she transitions from the live-action world to an animated show, where she imposes her own brand of discipline on the unsuspecting characters she encounters. Madea’s antics take on a level of craziness that is difficult to mimic in live-action, giving Perry and the rest of the ensemble the leeway to push the physical bounds of Madea’s comedy. Madea brings the children of the community together to save the local youth center from closure, proving that her namesake harsh love works once more. 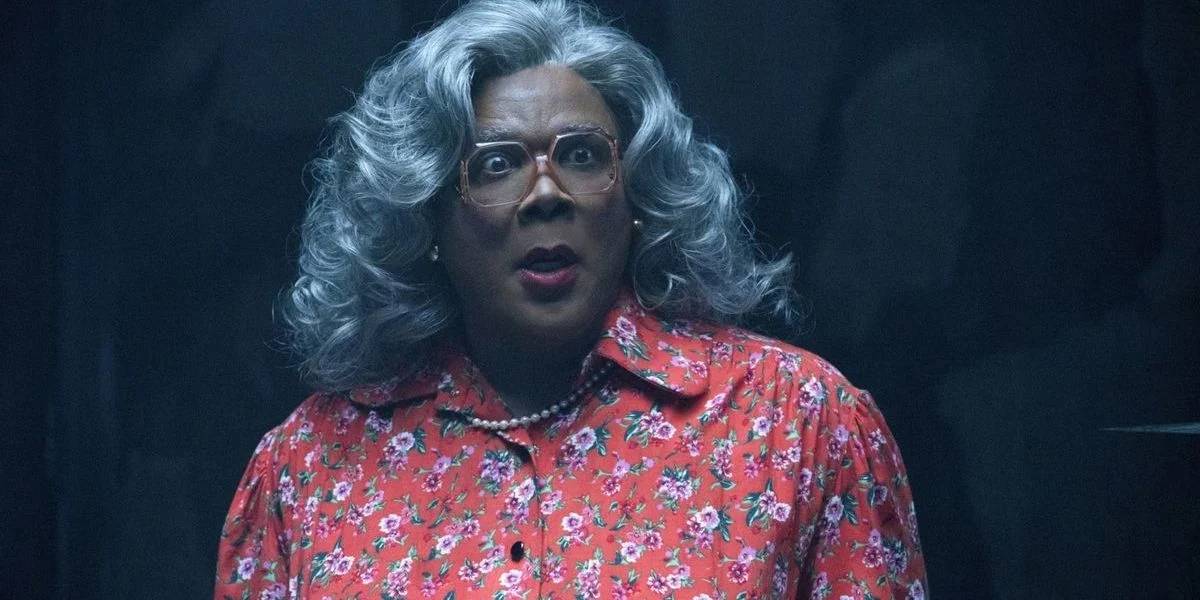 Perry decided to try his hand at another holiday in Boo! after the success of the Christmas-themed A Madea Christmas. Halloween with a Madea twist. Madea tackles the spookiest holiday of them all this time. Madea is tasked with keeping an eye on Tiffany (Diamond White), a teen family member who is also planning to attend a Halloween home party, in this comedic satire of the horror genre, notably the Scream franchise. Madea takes on traditional Halloween stuff like zombies, ghosts, and killers, but the scariest aspect of this film was its box office success, which leads us to our next inclusion on this list.

Yes, Madea couldn’t get enough of Halloween movies. 2 boos! Only a year after the original Madea Halloween, a sequel was released in theaters. Tiffany returns as a teen, intending to throw a frat party to celebrate her 18th birthday. What’s the catch? This party is being held in the middle of the woods near a haunted campground, near a lake. Of course, this is the ideal setting for a humorous adventure. Madea enlists the help of her friends Bam (Cassi Davis) and Hattie (Patrice Lovely) for another comic adventure in which they combat goblins and other terrifying creatures. 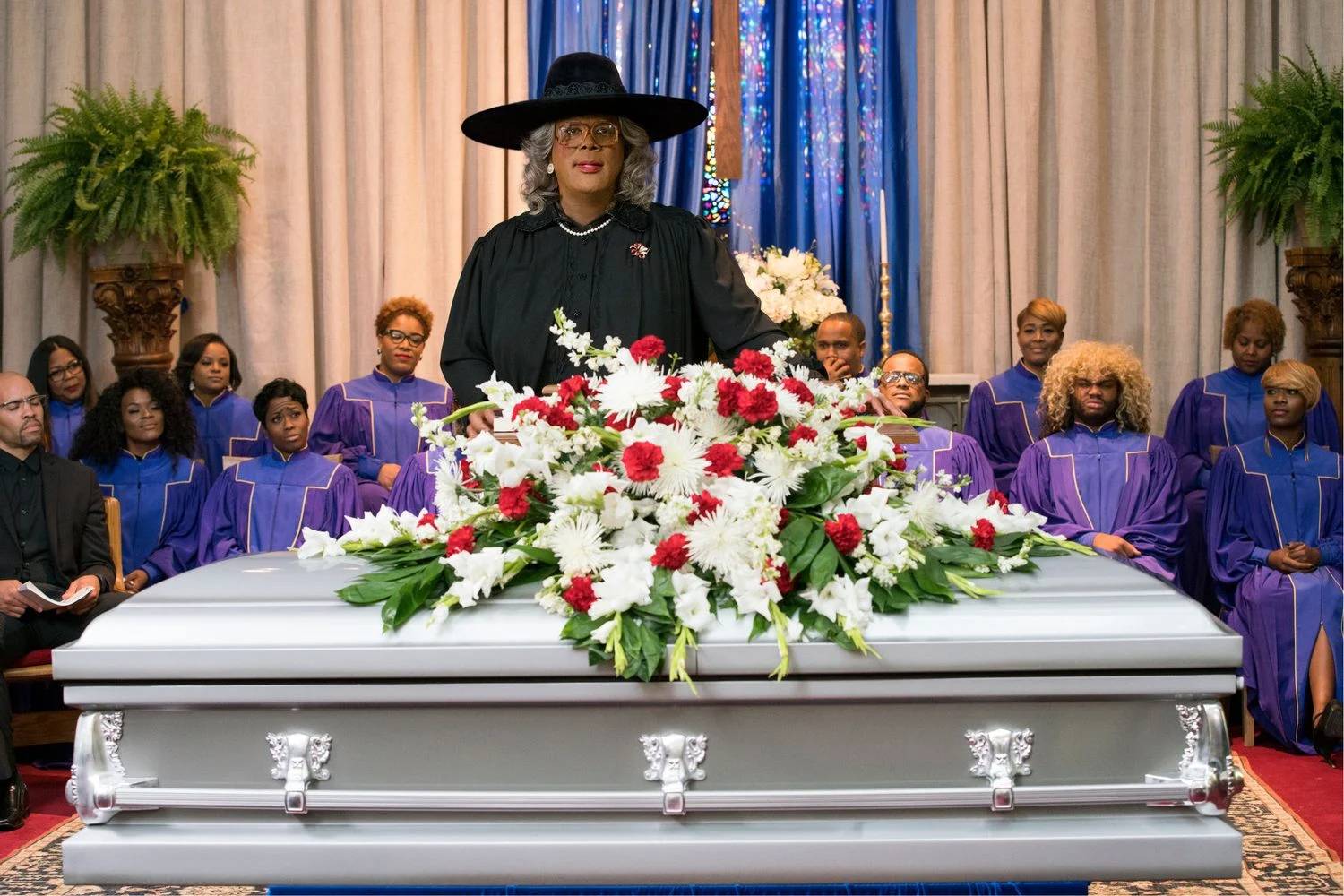 Madea returns in her first non-holiday live-action feature since Madea’s Witness Protection after a two-year break. Madea and her family gather to commemorate Anthony (Derek Morgan) and Vianne’s (Jen Harper) 40th wedding anniversary in A Madea Family Funeral. Anthony has a heart attack after being detected having sexual intercourse with Vianne’s best friend Renee (Quin Walters). The aftermath of Anthony’s death includes concealing his exact cause of death, preparing his burial, and, you guessed it, healing the family’s damage. Perry had planned for this to be the final entry in the Madea film franchise at the time. 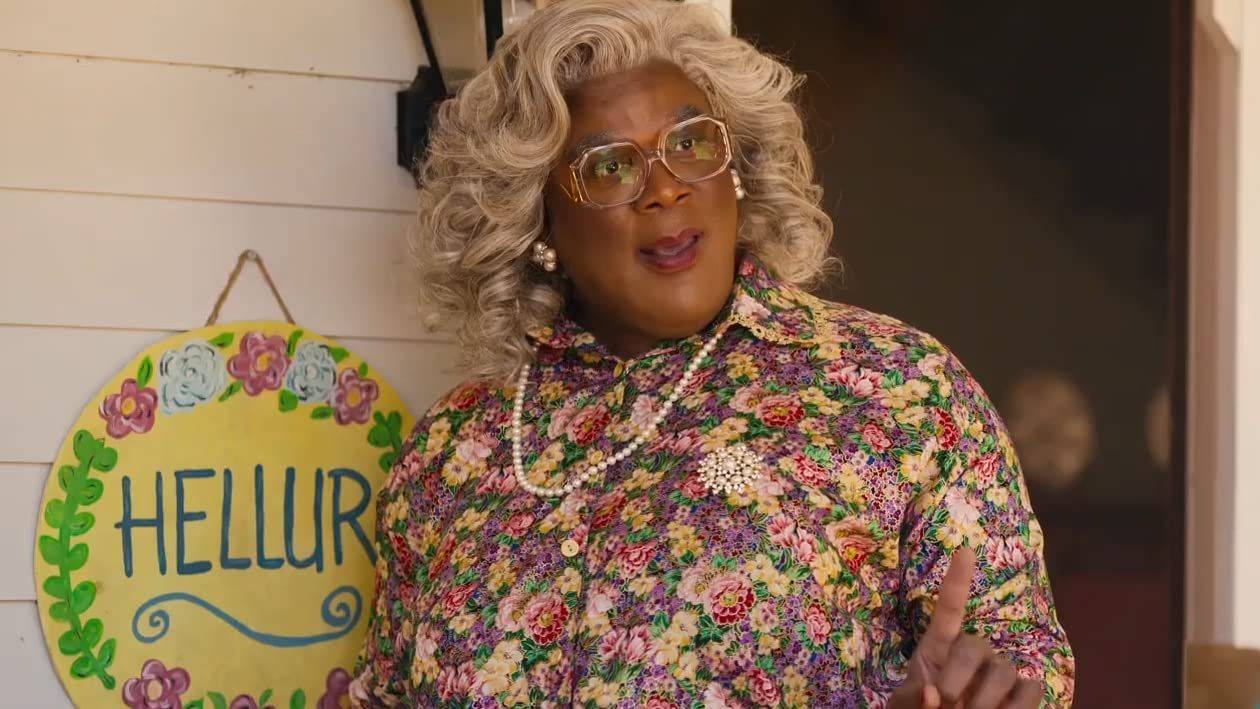 Many people were surprised to learn that Madea would be returning for another part of A Madea Homecoming. Perry had previously claimed that Madea’s Family Funeral will be the final one. Madea takes her hijinks to her great-grandson in this Netflix collaboration released on February 25th (Brandon Black). The film stars David and Tamela Mann, Cassi Davis, and Gabrielle Dennis as Mrs. Brown, as well as newcomers Gabrielle Dennis and Irish comic Brendan O’Carroll.