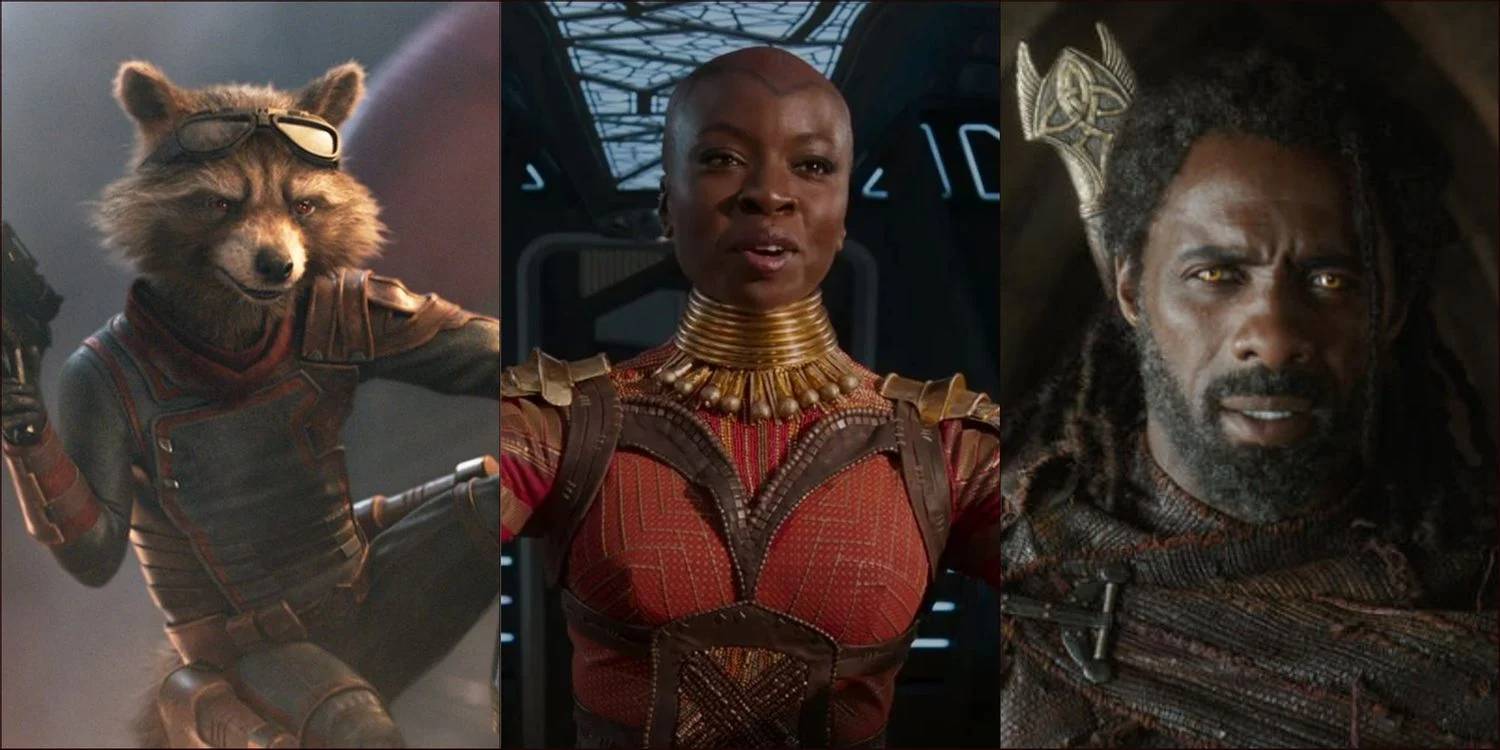 There are many fantastic characters in the MCU, and some may be eclipsed by others. Supporting characters are always the ones to deliver the punchline or serve as the finest backup during a battle scene. Because of how much they love the lesser characters, fans sometimes identify to them and wish they had more screen time. It’s important to acknowledge the minor characters because they make up the MCU’s ensemble.

According to a Reddit Post, below is graphical representation of the MCU Characters who got most screen time : 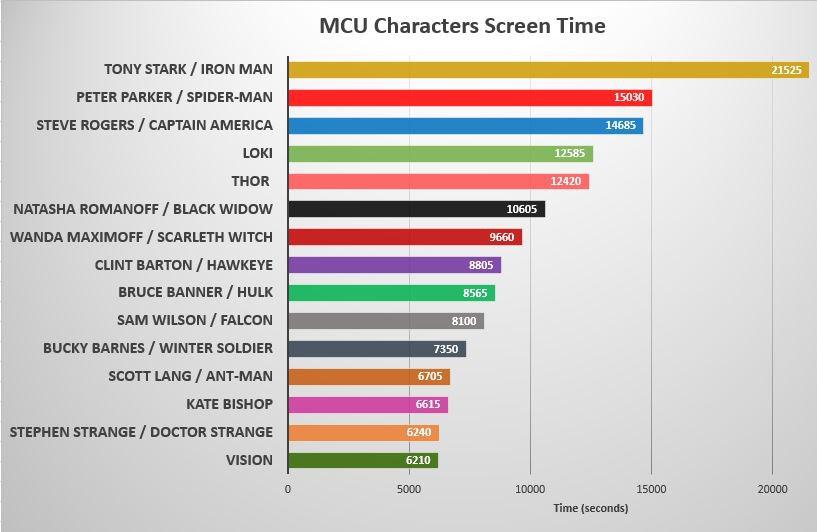 It’s difficult to have a favorite character and only see them in a few scenes in each MCU movie. Some characters have the potential to be so much more than they are, but due to their little screen time, they seem to fall short. Everyone has a role to play, which is why some MCU movies are so well-made. It’s all worth it because of the cast and chemistry. After 27 films, the secondary characters have earned the right to shine in some fashion. 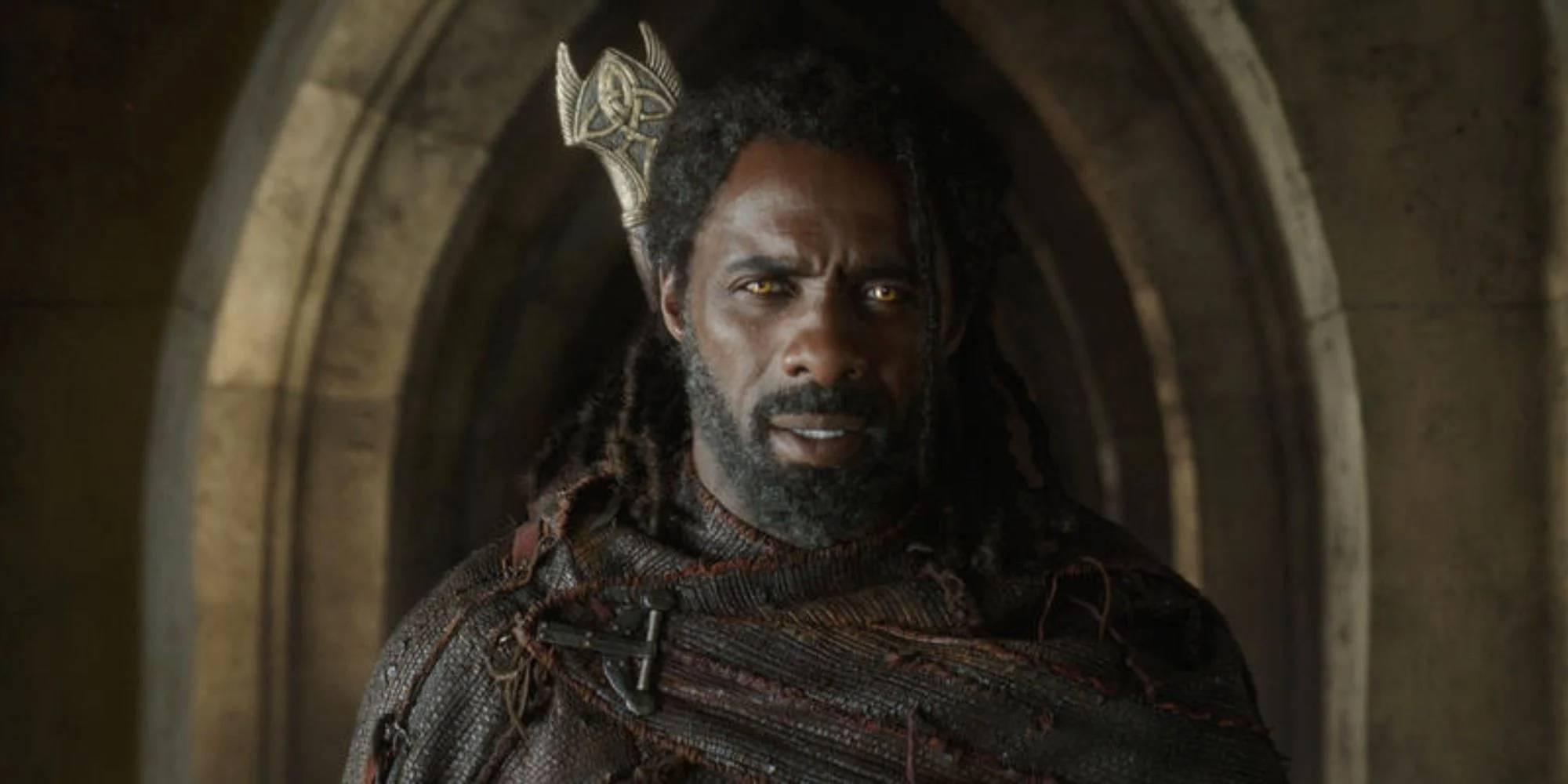 Many people have praised Kenneth Branagh’s design of Asgard. The debut of Heimdall (Idris Elba) in the first Thor film was fantastic. Fans recognized how vital he was to the Rainbow Bridge and Asgard, despite his secretive nature. It was great to see Idris Elba develop as an actor outside of the MCU and then apply it to Heimdall in a more controlled performance.

Unfortunately, Heimdall didn’t have nearly enough screen time in the first two Thor films to fully develop his character. He knew Odin (Anthony Hopkins) the best, and having watched Thor (Chris Hemsworth) grow up, knowing more about him would have been advantageous. Heimdall is loyal, brave, and exceedingly loving towards the inhabitants of Asgard, according to fans. 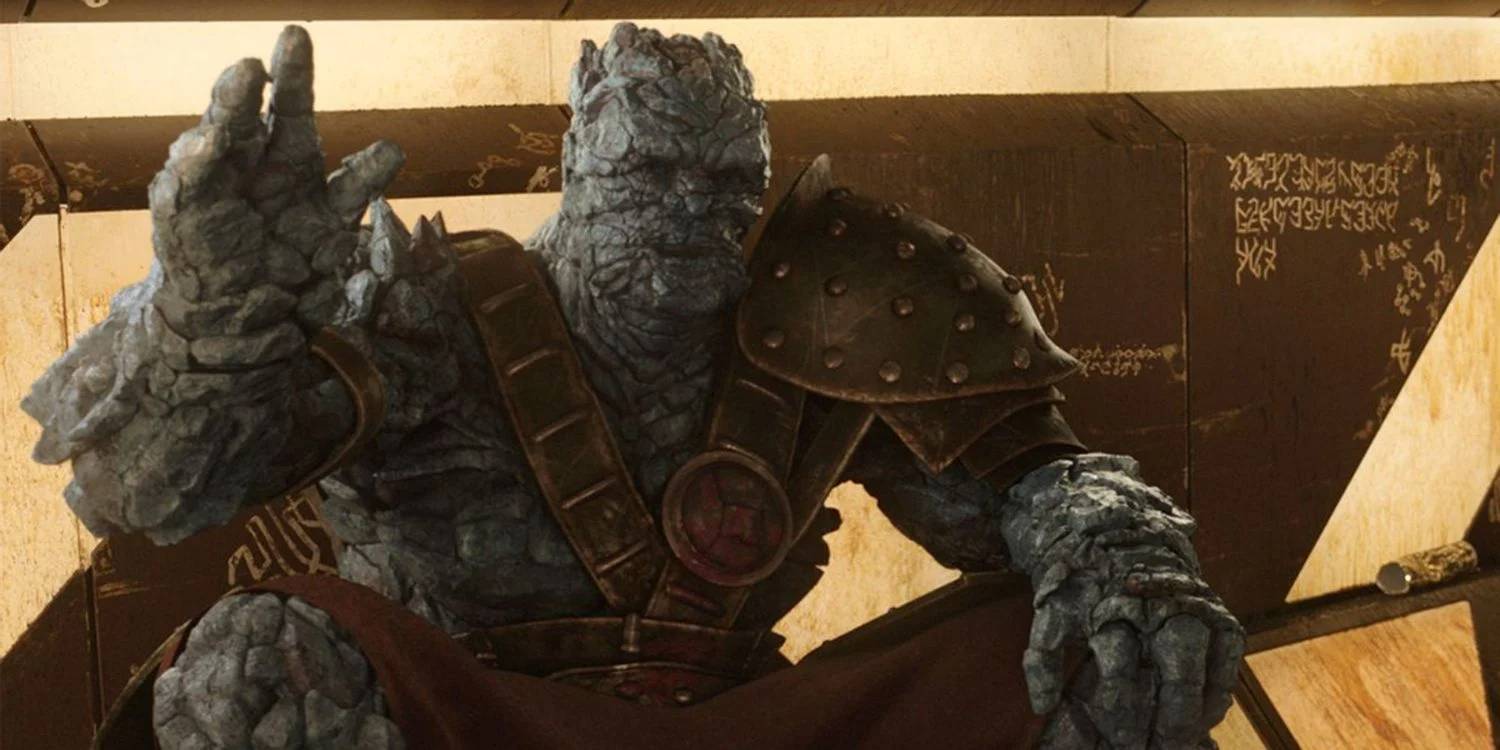 In Thor: Ragnarök, the character Korg (Taika Waititi) was the most surprising. His debut attracted admirers, and he’s just a sweet character with some hilarious quips. One of the nicest aspects of the film is Korg’s bond with Thor, and we want to see them together again. It would be fantastic to see Korg interact with any of the other MCU characters. With Korg and other characters, there could be some shocks in Thor: Love and Thunder. Thanks to Free Guy, Korg has already interacted with Deadpool (Ryan Reynolds). In the future, Korg’s humour will be used appropriately, and he should have more interactions with other characters. 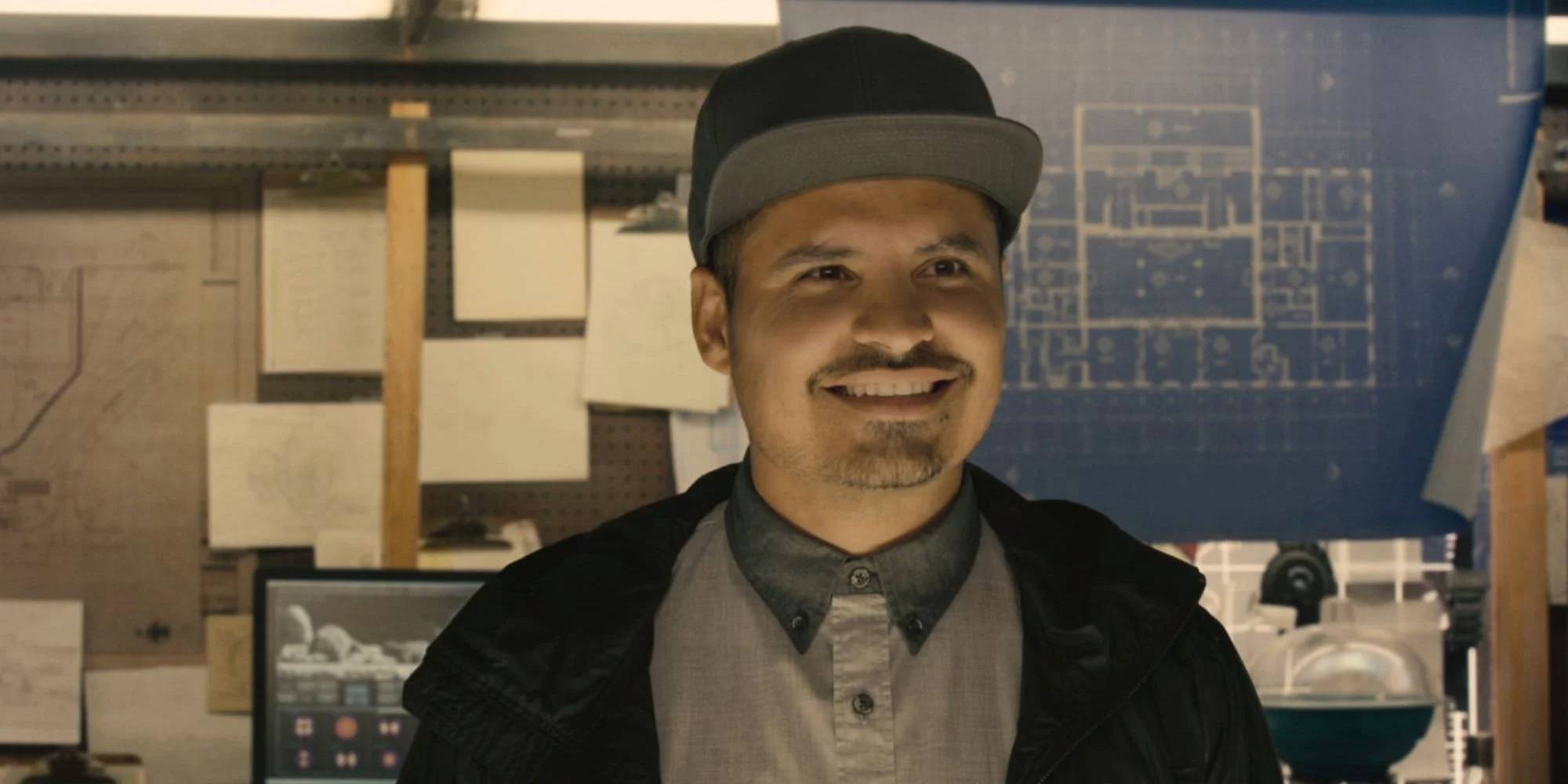 Luis (Michael Pea) was the one character that stole the show from Ant-Man (Paul Rudd). Ant-Man is one of the MCU’s most underappreciated flicks, and the cast makes it a blast to watch. Scott’s crew’s conversation is amusing to listen to, and Luis has the best strategies.

They do bring Luis in for recaps at the appropriate times, and it’s become a running gag, but he deserves his time to shine. Because of how fantastic of a character he is, fans want to see him interact with other characters and have more screen time. 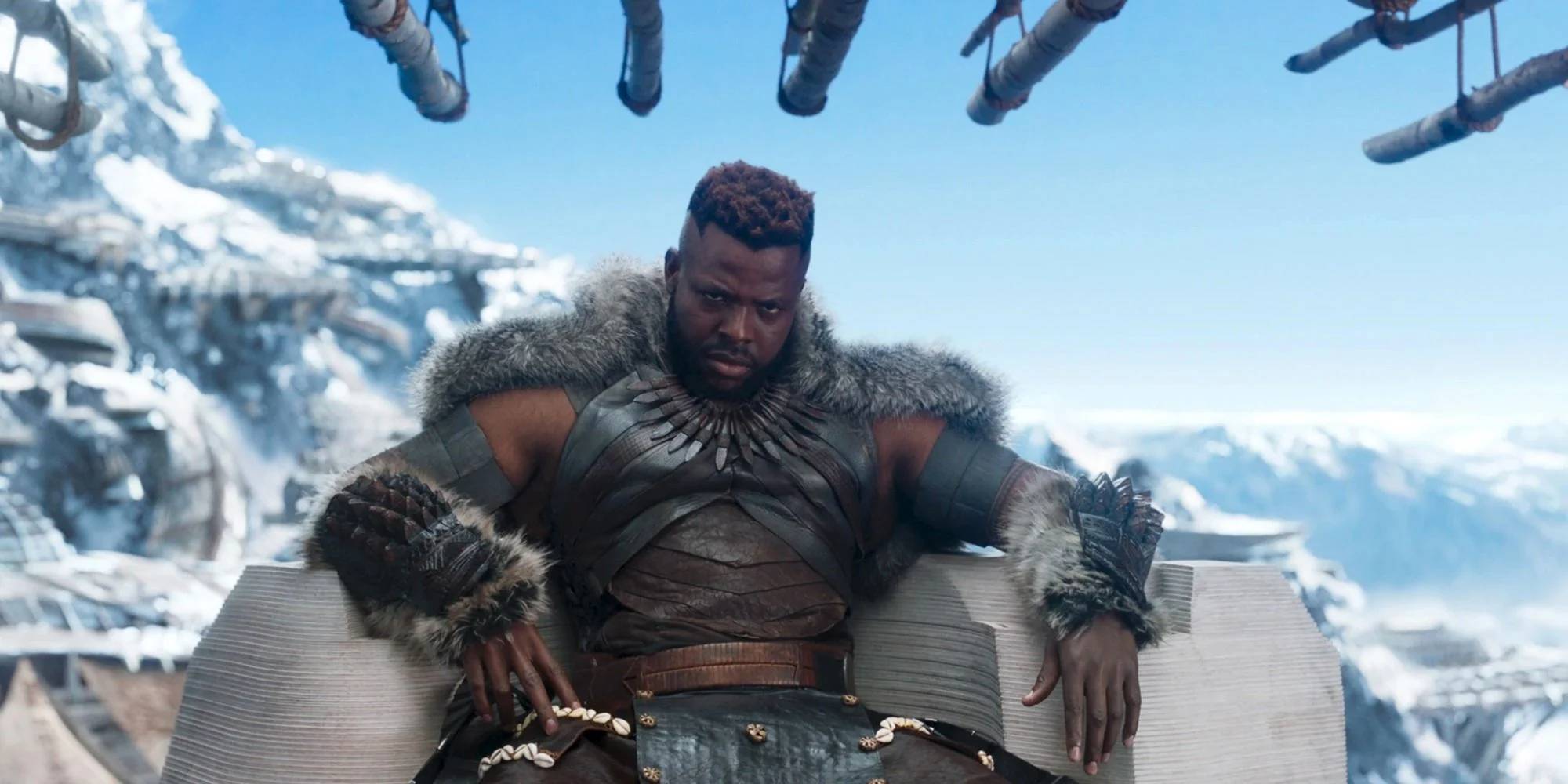 Fans were immediately fascinated when M’Baku (Winston Duke) walked out on challenge day in Black Panther. Duke’s presence commanded the screen, and his snarky comments made people laugh. M’Baku is a fascinating character due to his relationship with T’Challa and how it has evolved over time.

They began as adversaries before forming an alliance to safeguard Wakanda. M’Baku and Okoye are two characters who, based on how fans reacted to their roles, should be given more screen time. They, like T’Challa, put their country first, which is why they are so important in reshaping Wakanda. 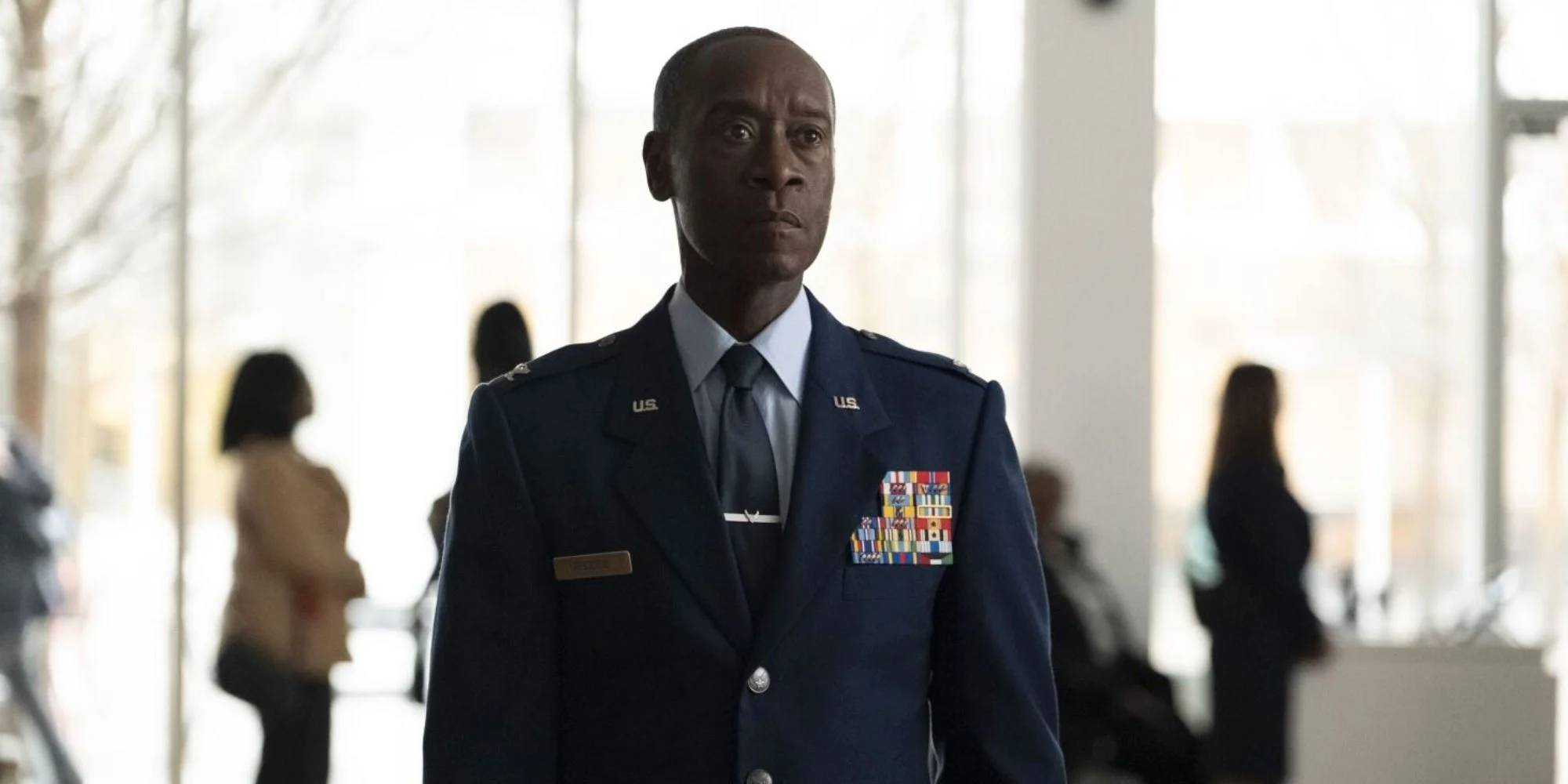 After the Iron Man trilogy, the character of James Rhodes (Don Cheadle) faded into obscurity. Iron Man fans have always valued Rhodie, but his role has never been more than supporting. If they go that path, there’s a lot more to James Rhodes, especially his bond with Carol Danvers (Brie Larson).

Armor Wars, and the fact that he will be at the forefront of that series, is something fans can look forward to. Don Cheadle can’t be underused in the Marvel Cinematic Universe; he’ll get his chance to shine. It will be worth it if fans can get a more sardonic Rhodie in his show, like they saw in Infinity War. 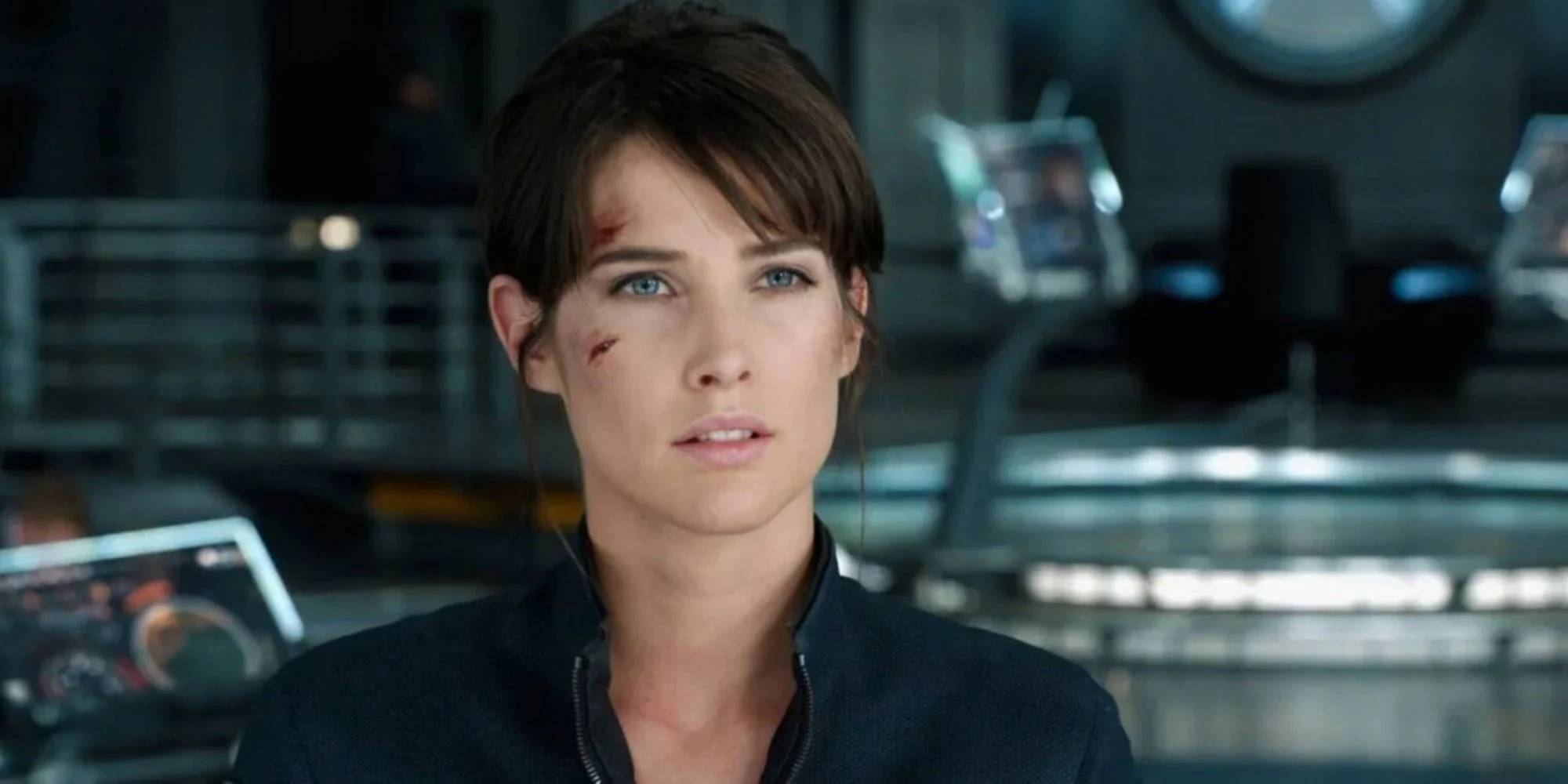 Cobie Smulders made Maria Hill her own in the first Avengers film, which had a fantastic ensemble. Everyone recognized her from How I Met Your Mother, and no one expected her to take on such a serious role. Her screen time was cut short because she was Nick Fury’s (Samuel L. Jackson) right hand.

She still had fantastic action scenes, but she is no longer on Nick Fury’s level. They should have worked as a team more. Because of the government connection, Maria Hill should appear in series like Armor Wars or Secret Invasion. Because she is such a terrific character, fans will hopefully get to see more of her. 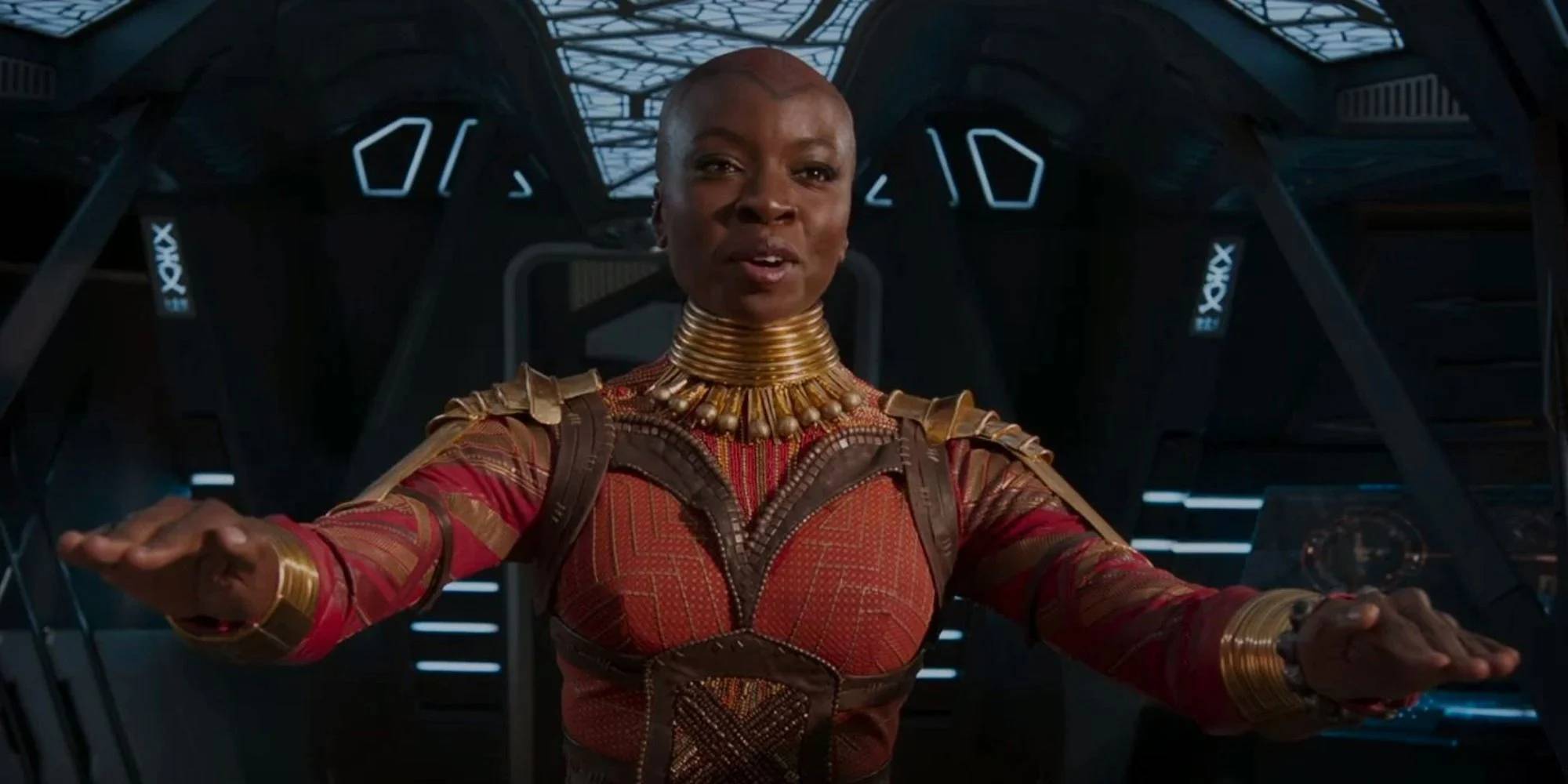 The Dora Milaje’s General Okoye (Danai Gurira) won everyone’s hearts in Black Panther. She is one of the MCU’s most powerful supporting characters, with the best fighting instincts. When she first appeared on the screen, fans were instantly impressed.

She’s been T’Challa’s (Chadwick Boseman) right hand for a long time, and she may have greater screen time in the sequel. Okoye’s character is tremendously strong since she demonstrates outstanding leadership and loyalty to her country. She also has a good sense of humour, which fans should get to see more of. 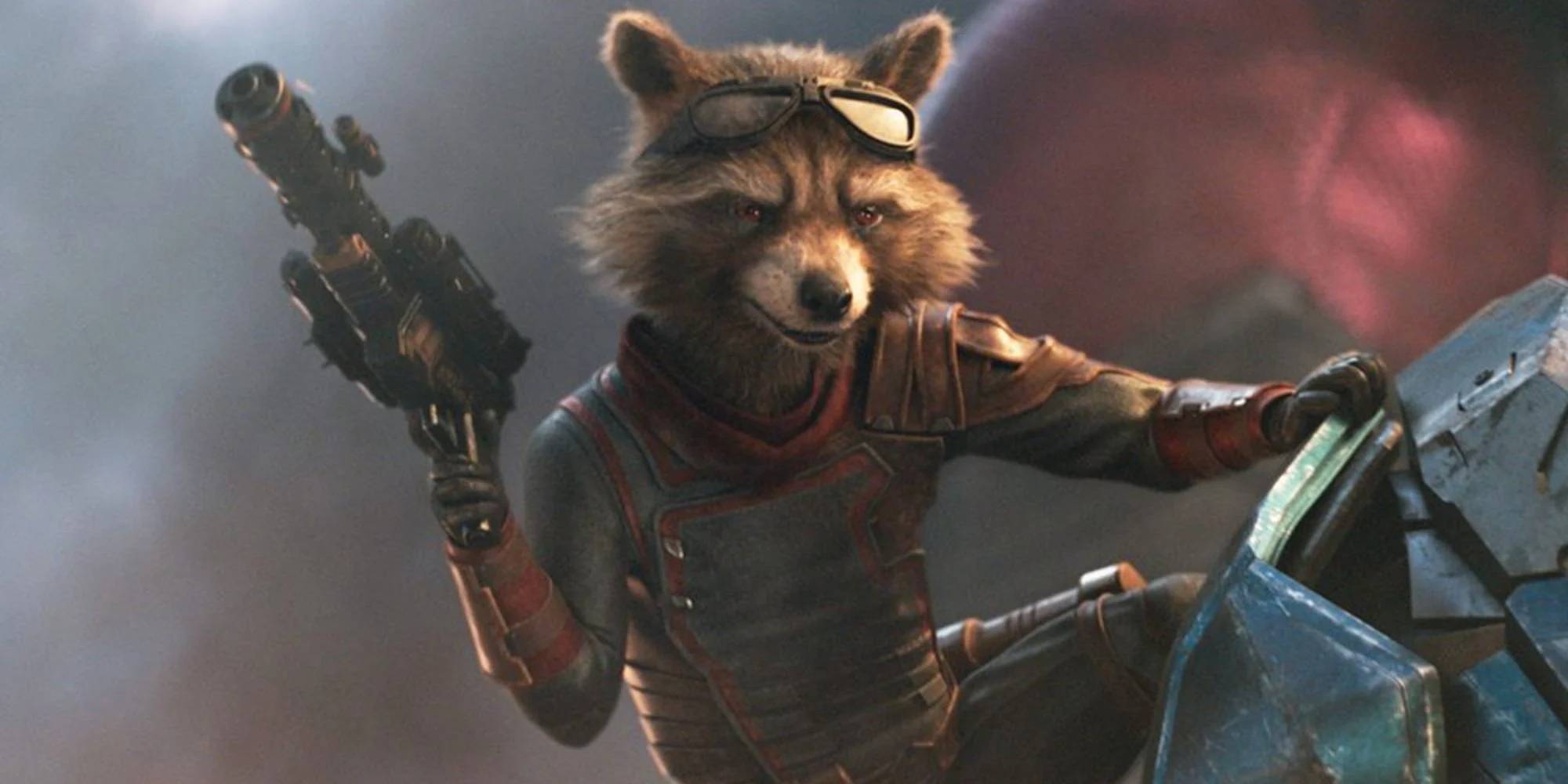 The Guardians of the Galaxy has always been a team effort, but Rocket Raccoon (Bradley Cooper) best when he’s on his own and in charge. Rocket has a great heart, despite the fact that he appears to never take anything seriously. Because of how he takes charge, Rocket has to take over as leader as soon as possible.

Fans can always identify to him because he is one of the most loyal characters in the MCU. Rocket has a rough exterior, but he hides behind it since he has been hurt in the past. His friendship with Groot (Vin Diesel) is possibly his most charming quality. He’s always been overlooked, and he deserves to embark on his quest, just like in the Guardians Telltale Game. 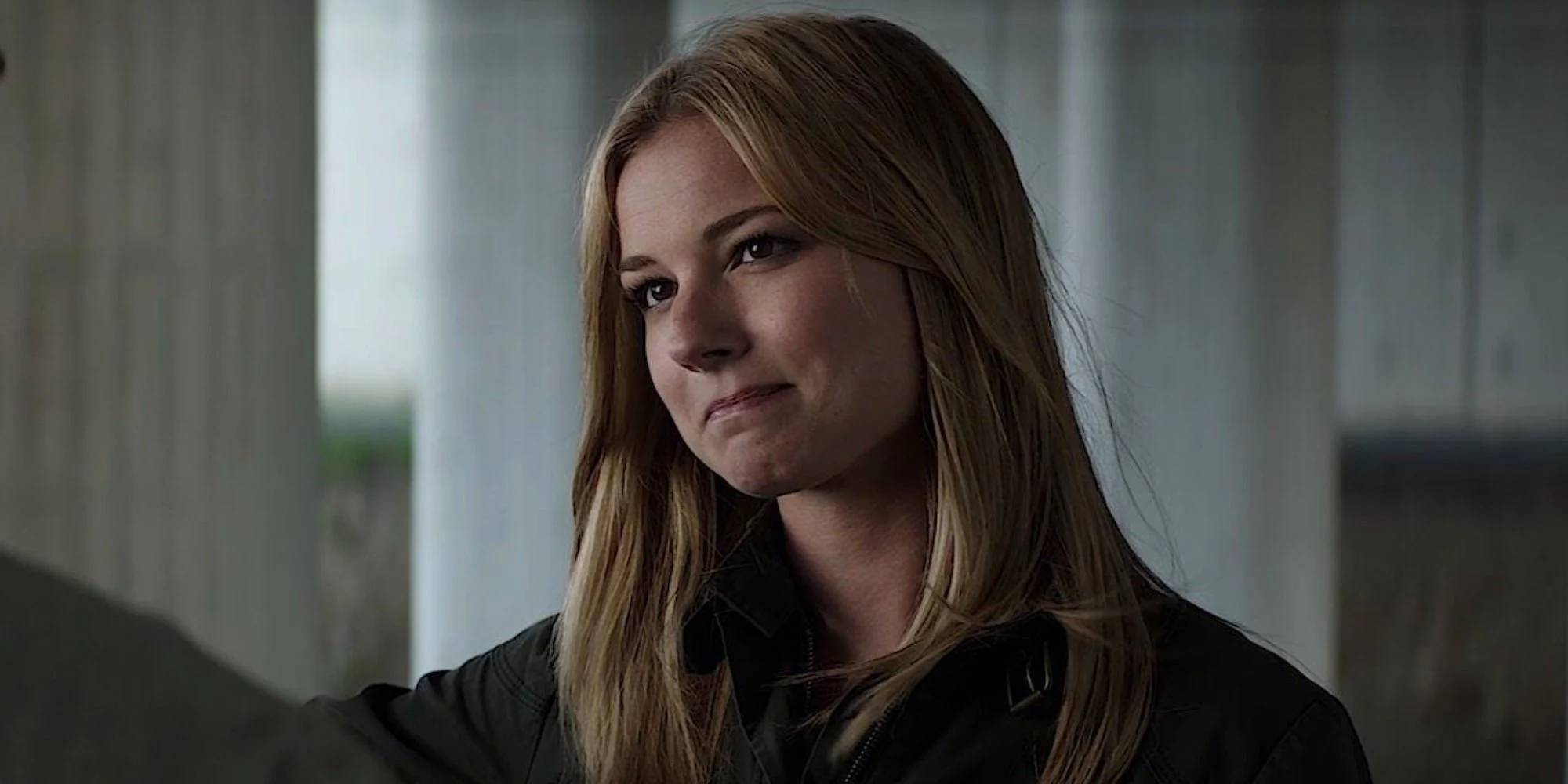 Sharon Carter (Emily VanCamp) is one of the comic book characters who hasn’t fared well on the big screen. The way she was written in Captain America: The Winter Soldier hinted at potential, but the character ultimately fizzled out. Steve Rogers’ (Chris Evans) love interest and companion is intended to be Agent 13.

Although she was used as a love interest, it seemed out of place in Civil War. Sharon Carter has taken over as the Power Broker because their relationship never completely evolved. Fans have questioned her character’s writing and are baffled as to why she didn’t get more screen time, given her importance in the comics. 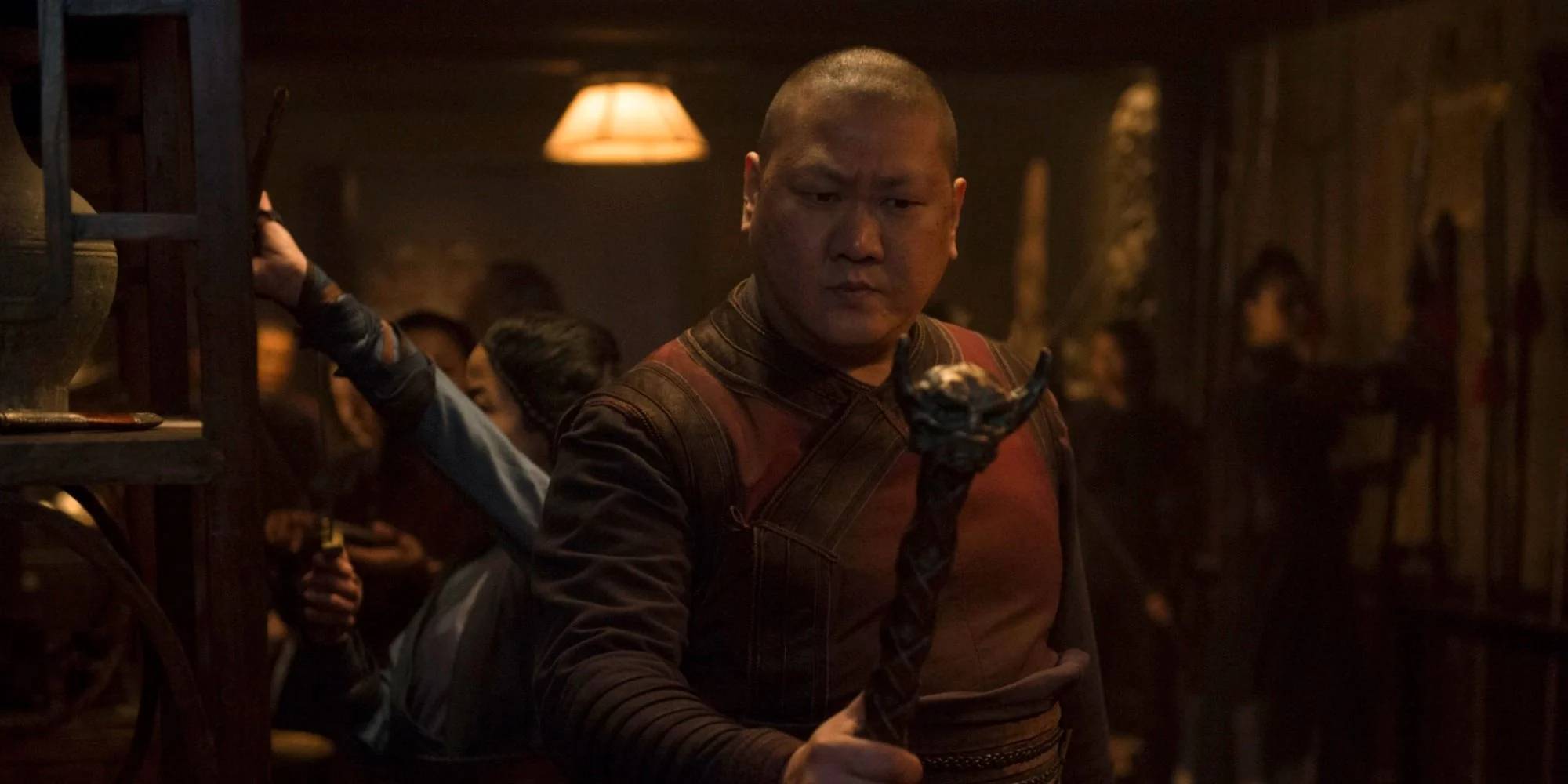 Everyone got to know Wong (Benedict Wong) a little better after Shang-Chi, but many fans appreciated him following Spider-Man: No Way Home. Wong’s sarcastic sense of humour and superiority over Doctor Strange (Benedict Cumberbatch) are always entertaining to see.
Strange is a bit higher up than Wong, but after the events of the blip, they are equals. So that power dynamic will be fascinating to see as the series progresses, especially when Doctor Strange and the Multiverse of Madness approaches. Let’s hoping we see more of Wong in this installment and that he doesn’t die.

20 Underrated Bollywood Movies You Should Have Already Seen | If Not, Watch Them Now