Sean Payton, a former NFL quarterback and coach, is the father of Meghan Payton, an American sportscaster who works for the National Football League (NFL) Network.

Prior to his retirement in 2021, Sean Payton spent almost 15 years as the head coach of the National Football League’s New Orleans Saints. In his illustrious career in the NFL, Sean Payton helped the Saints transform from a group that had finished 3-13 in the 2005 campaign to Super Bowl champions in 2009.

Due to his alleged role in the Saints bounty-gate controversy, he was previously suspended for a year. But the subject of this story is Meghan, the daughter of the former head coach, and what we know about her. 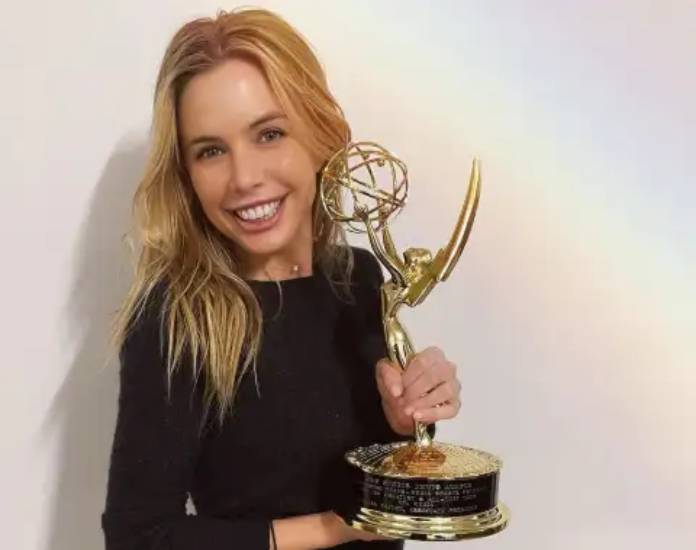 In Dallas, Texas, in the United States of America, Meghan Payton was born on March 21, 1997, with the astrological sign of the Ram. She is a citizen of the United States and is of Caucasian descent. Sean Payton, a well-known former NFL head coach of the New Orleans Saints, and his ex-wife Beth Shuey had two children together, with Meghan being the elder.

Meghan’s parents, who are now divorced, were only five years into a nearly 20-year marriage when Meghan was born. About three years after Meghan was born, the couple welcomed Connor Payton into the world. Connor, who was born on May 31, 2000, is a student at Texas Christian University right now.

Meghan Payton Briefly Lived In Louisiana While Growing Up

With only a little period spent in Louisiana, Meghan Payton spent the majority of her formative years in Texas. The family of the sportscaster lived in Dallas, Texas, until she was around nine years old, at which point they were forced to relocate to Mandeville, Louisiana. Her father’s new position as the head coach of the New Orleans Saints, which he maintained until his retirement on January 25, 2022, was the impetus for the relocation.

Meghan only spent a little over five years in Louisiana. In 2011, a defect was found in their Mandeville house, forcing her family to relocate back to Dallas. Sean Payton, Meghan’s father, was even listed as a defendant in a lawsuit brought against the Chinese company that constructed that house and others like it in the Gulf region where the Payton family lived.

Meghan was scheduled to start high school at the same time as the Paytons’ move back to Texas. She enrolled in Argyle Liberty Christian School when she was around 14 years old, where she joined the cheerleading squad and competed until she earned her high school diploma in 2015.

Meghan witnessed the dissolution of her family as a result of her parents’ separation and later divorce after nearly 20 years of marriage. When her parents divorced in 2012, just before their 20th wedding anniversary, she was just 15 years old and in her second year of high school. 2014 saw the divorce’s finalisation, right as she received her high school diploma.

Meghan’s mother filed for main custody of the two children of the former spouse, raising the stakes after her parents had received joint custody of her and her younger brother. She got her wish and started taking care of Connor, who was 14 at the time, and Meghan.

Even though he had to work a little bit more to win the acceptance of her brother, Connor, their father’s connection with her and her brother was not significantly strained by their parents’ divorce. Despite having a good relationship with her mother, Meghan seems to be closer to her father due to their similar interest in sports.

Meghan’s father is a major source of encouragement for her athletic endeavours. Both of Megan’s parents moved on to other relationships following their divorce. Jamie McGuire and Beth, her mother, got hitched on September 20, 2020.

Maggie and Molly McGuire, Meghan’s step-sisters from her step-first father’s marriage to Krystin Knox, are the result of that union. Sean, the father of Meghan, also got remarried on June 18, 2021, when he wed Skylene Montgomery in a secret ceremony.

As was already mentioned, Meghan and her father both enjoy sports. The 25-year-old celebrity child’s path to becoming a sportscaster has been driven by a passion. After graduating from college, she interned with the NFL Network before being hired as the New Orleans Saints’ sideline reporter in July 2019. She even had the opportunity to speak with her father.

Meghan Payton joined the Chat Sports team in August 2021 as an On-Air Host for their NFL platforms. She has returned to the NFL Network and is still reporting on sports news, focusing on NFL-related stories. With a net worth of roughly $150k, Sean Payton’s daughter has done well for herself financially. It is anticipated that this number will increase over time.

Meghan Payton is Currently Engaged To Her Long-Time Boyfriend

The engagement to Christopher Titone, her longtime boyfriend, was announced on Instagram by Sean Payton’s daughter on March 23, 2022. The first time Meghan and Christopher met was on April 12, 2015, and they must have had a really strong connection because they moved in together just one week later.

Over the years, the couple has discussed their love, and each has expressed how very proud they are of the other. Meghan’s fiancé, Christopher Titone, is a writer and actor. He is the Home Team screenwriting genius behind the Netflix film. The movie focuses on Sean Payton’s (Meghan’s father) actions during his NFL one-year ban due to the bounty-gate scandal.

The brother-in-law of another Hollywood celebrity, Adam Sandler, who is wed to his sister, is also the fiance of Meghan. No wedding date has been scheduled as of yet, but we’ll keep an eye out for that information and let you know as soon as we learn anything new.