Disney has recently introduced a number of new strong female leads to its multigenerational audiences, including Princess Merida (Kelly Macdonald), the star of 2012’s “Brave.” Merida tries to live her own life and pursue her ambition of archery against the desires of her royal parents.

Moana (Auli’i Cravalho) was the next Disney princess to be added to the official roster after Merida. It’s simple to understand why given her bravery throughout the 2016 animated flick. She embarks on a perilous ocean crossing to preserve her beloved island of Motunui after realising that it is in peril. Moana displays bravery, perseverance, and tenacity along the way as she searches for the god Maui (Dwayne Johnson), faces off against Kakamora pirates, and ultimately wins by giving the evil Te K’s missing heart back, turning her into the benevolent island goddess Te Fiti.

Moana faces a lot of challenges throughout the movie, especially given her young age. How old is this marine champion, exactly? Let’s find out. 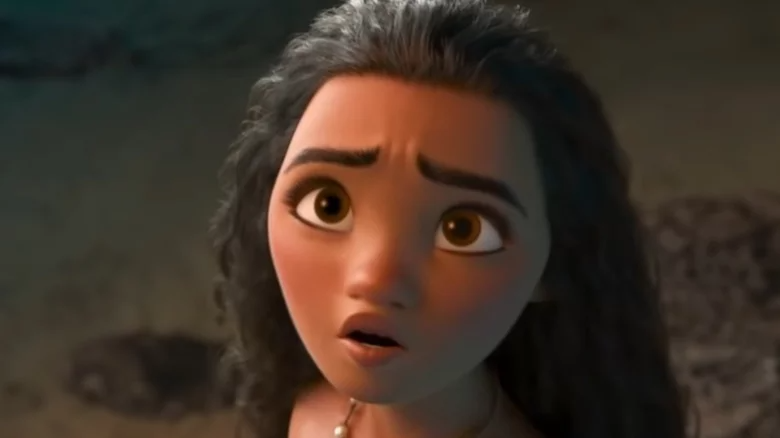 Some of the Disney princesses’ ages are a little scary. For instance, Snow White, who needs a prince’s kiss to end the Evil Queen’s poisoned apple curse, is just 14 years old. Tiana, the 19-year-old protagonist of “The Princess and the Frog,” a story about an overworked waitress who unintentionally transforms into a frog (via HuffPost).

At 16 years old, Moana is positioned in the middle of the group (via ABC News). As she stays focused on the task at hand — preventing her loved ones on Motunui from being engulfed by the approaching darkness — Moana, unlike many of her predecessors, is incredibly mature for her age. She also only has a platonic relationship with Maui. There aren’t any princes standing by to swoop Moana off her young feet. Reddit user u/Dudeinairport wrote: “Gotta give Disney credit for providing us with a strong female protagonist who has absolutely NO romance. It felt revitalising.” “If I have a daughter, I want her to believe she can change the world, not that she can marry a prince,” U/MightB2rue continued.

Fun fact: When “Moana” debuted, voice actress Auli’i Cravalho was the same age as the character she played (via ABC News). She remarked at the time, “Moana’s 16 and I turn 16 the day the movie comes out.” Best sweet sixteen ever!