There are so many insane and homicidal villains in the horror genre that it might be difficult to keep in mind that these savage characters have families. In some aspects, their families are somewhat loving, but there are also countless strands of hereditary curses, abuse, and a touch of the paranormal.

The horror genre features some of the strangest and most unsettling awful families. But there’s a reason for that: one of the most pleasurable ways to frighten people is by shocking and stalking entire families. The only thing that separates you from Leatherface’s family, in a sense, is that the Sawyer family is motivated by the urge to mutilate and maim. 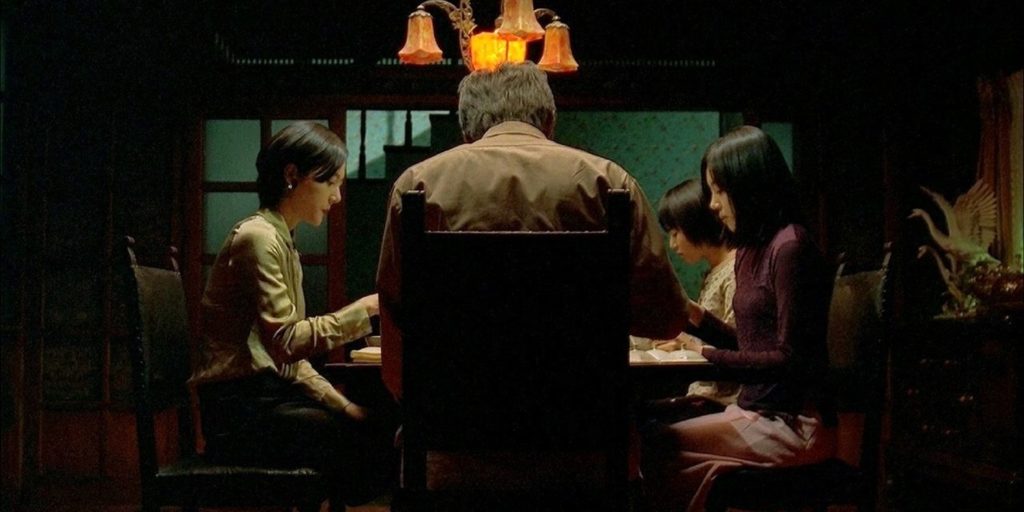 Teenage Su-mi reunites with her cherished sister, Su-yeon, after being committed in a mental hospital after the passing of her mother. The daughters’ widower father has remarried when they return to their rural home. Though the girls attempt to return to their regular lives, odd occurrences start to haunt the home. The sisters are immediately angry of his new bride.

One of the most sophisticated psychological horror films of the twenty-first century is A Tale of Two Sisters. The more time passes and these strange things continue to happen in the house, the more the girls’ new stepmother lashes out against them, including locking Su-mi in a closet. Su-mi may not be as innocent as she believes she is in the death of her family, as is made clear in the film’s violent conclusion. 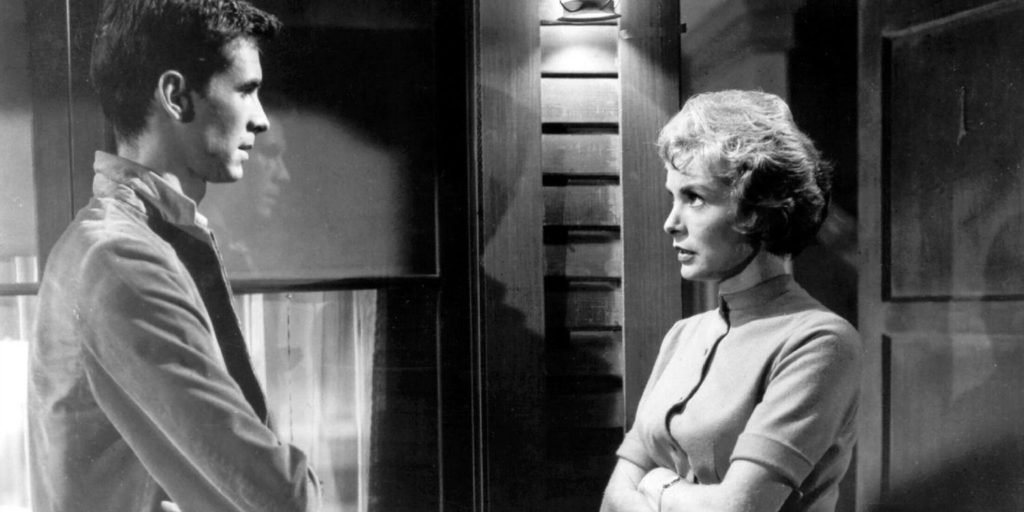 One of the most well-known figures in the horror genre is Norman Bates. Thanks to a possessive and overbearing mother, the emotionally traumatised man grew up to become one of the most horrifying serial killers in cinema. His mother, Norma, raised him with lustful ideas and isolated him from the outer world, which caused him to grow up with a double personality.

In every sense, the Bates family is unsettling. According to the same-named book, Norman and his mother had an incestuous relationship. After killing his mother, Norman adopts her characteristics to help him deal with and get rid of the memory of her passing. 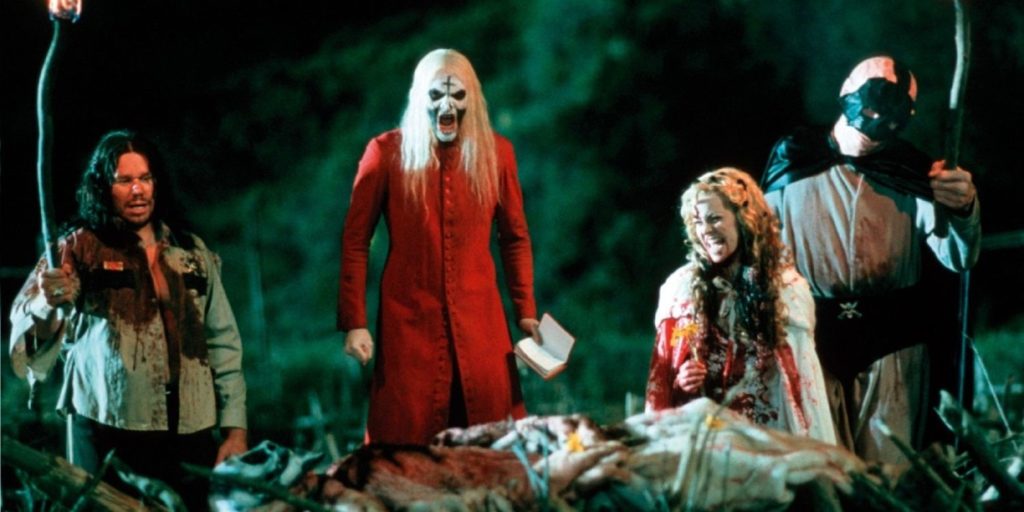 The Firefly family is united in Rob Zombie’s House of 1000 Corpses not by traditional blood ties but rather by a common, unquenchable bloodlust. The deranged social outcasts operate an eccentric roadside attraction where they kill and attack passersby for amusement.

Zombie produced one of the best serial killer films ever with House of 1000 Corpses, brilliantly bringing to life the Firefly family’s joyful misery. The Firefly family is undoubtedly better renowned for their misdeeds than for their family holidays, whether it be Baby Firefly’s pursuing and stabbing rampages or Otis and Bill dismembering unknowing travellers for their “art.” 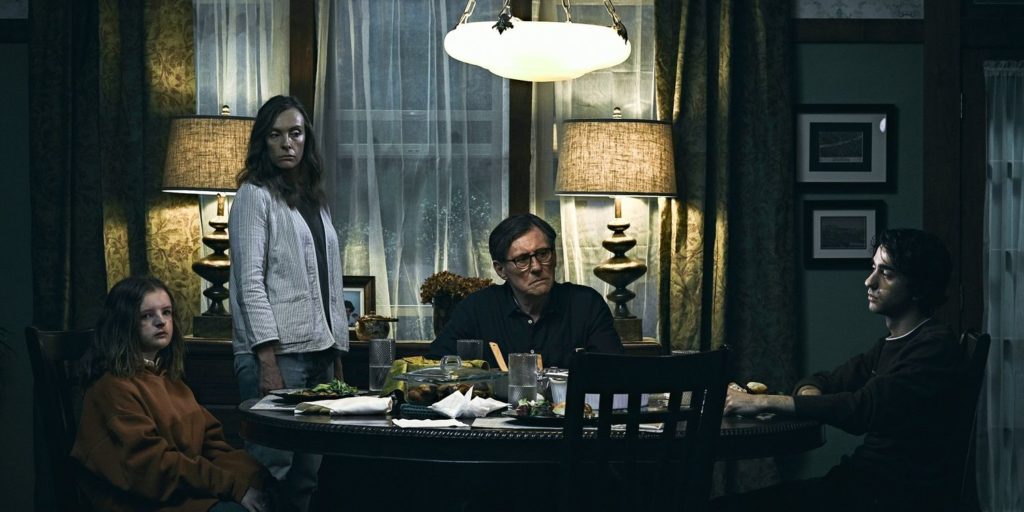 Horror lovers were astounded by Ari Aster’s Hereditary’s horrific tale of the Graham family’s genetic curse in 2018. Annie’s mother is a member of a cult that has affected every aspect of her family members’ lives for decades. The Graham bloodline had been cursed by the demon Paimon many years prior, and the family’s ongoing tragedies are far more than just an unfortunate family.

One of A24’s best horror films is Hereditary, and for good reason. The film’s gloomy and pervasive worry serves as the ideal courtship for the Graham family’s estrangement from one another. Each member of the family is harbouring unrelenting wrath and hatred, and once it explodes, there is no turning back from its horrors. 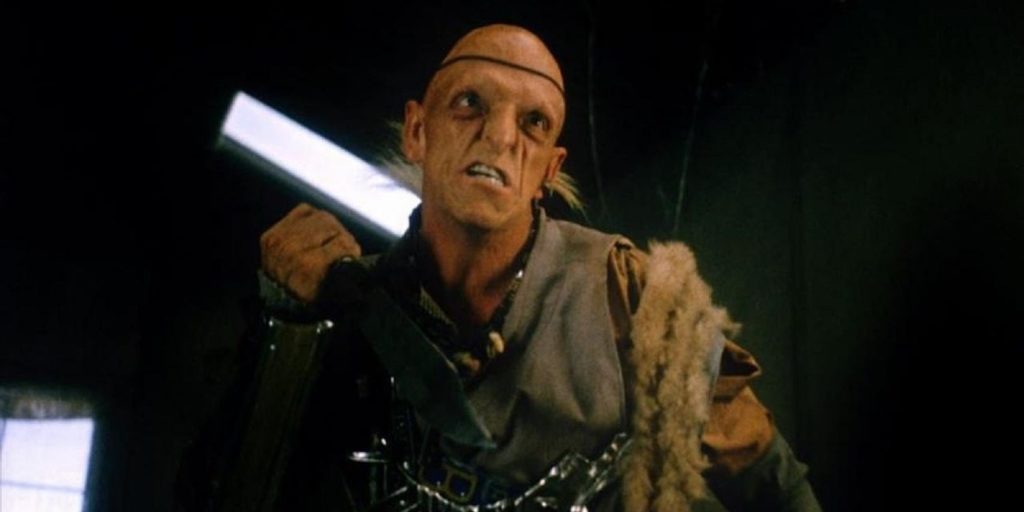 In Wes Craven’s classic The Hills Have Eyes, the mutant, cannibalistic Jupiter family inhabits the harsh desert. A more sadistically horrific horror family is hard to discover because they take great joy in kidnapping, torturing, and eating foreigners.

The Hill People are a hermitic branch of humanity that have suffered deformities from radiation exposure and live in the hills of the desert. Up until they meet the Carter family, they are able to get away with their way of life. After being duped into passing through the territory of the Hill People, the latter succeeds in killing nearly every member of the Mutant tribe. 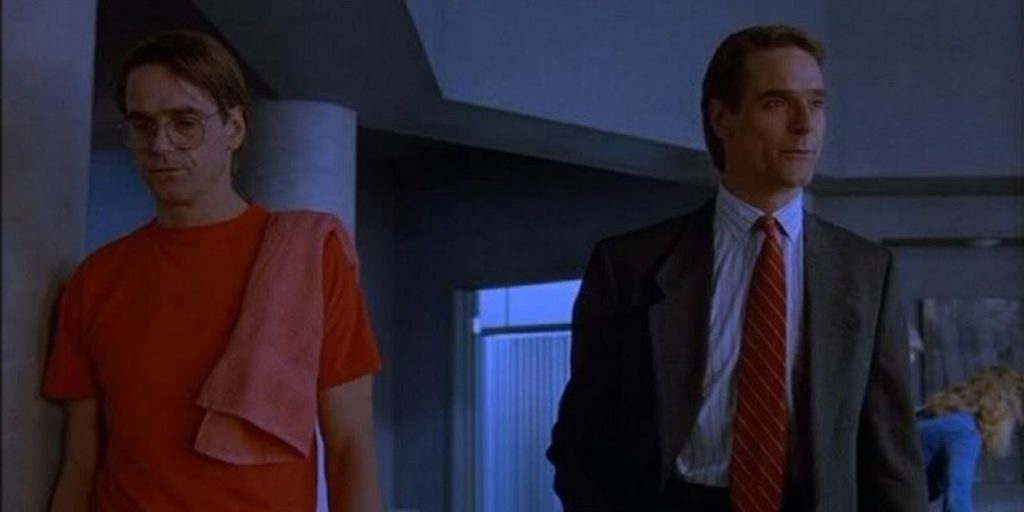 Among his many talents are body horror, bugs, and psychosexual ferocity. He is also a genius at creating hideously twisted personalities and families, though. It can be a little stressful to work with family members, but not in David Cronenberg’s Dead Ringers.

The movie centres on twin gynaecologists Elliot and Beverly Mantle, who use their dissimilar personalities and similar outward appearances to entice their patients. While Beverly ends up falling for one of these women, Elliot quickly grows tired of them. But when she lies to him, he lapses into lunacy and passes away. 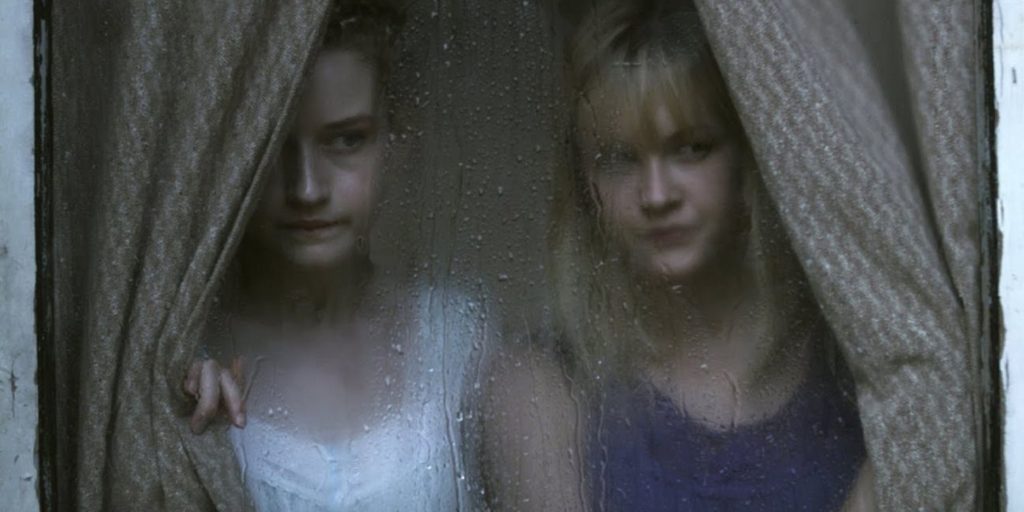 Family is prioritised in Jim Mickle’s outstanding version of the Mexican film with the same name. The main subject of the film is a family whose death of their father leaves them scrambling to obtain food for the day. When you learn what they are eating—humans—you realise how commendable it is that they will use any means required to survive.

To satisfy their desire, the cannibalistic family decides to kidnap residents of the nearby town. The movie’s authenticity makes it especially spooky. There aren’t any mutants or garish slasher baddies there; simply a group of people who appear to be regular people and act like a loving family. 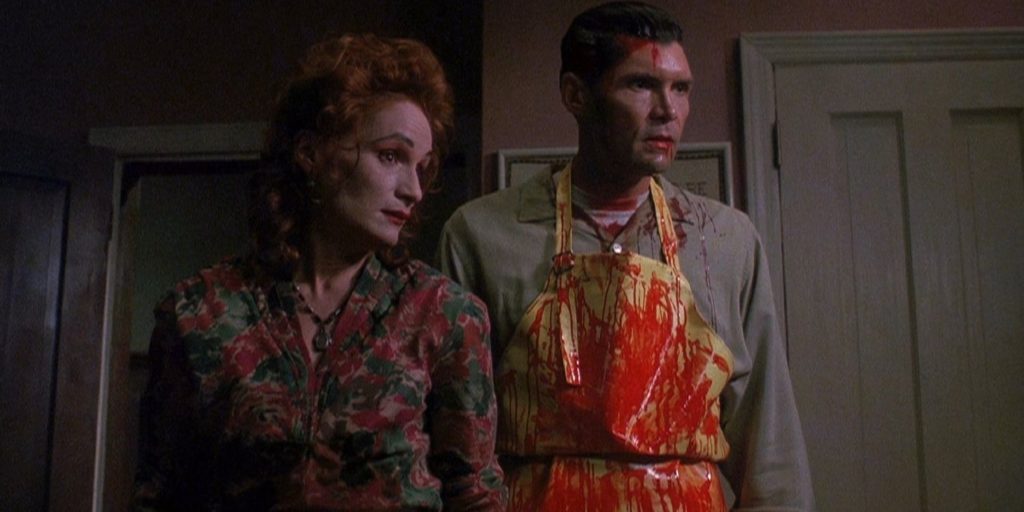 Wes Craven is renowned for having produced some of the most recognisable horror films and antagonists during his lifetime. Craven was a master of the horror genre, with works including Scream, Ghostface, A Nightmare on Elm Street, and The Last House on the Left. The Robesons from The People Under the Stairs continue to be one of his most unsettling families, nevertheless.

The film, which is laced with social commentary and satire, follows a twisted family, which consists of a father and mother who are insane and who are also the parents of some cannibalistic kids who are kept in their basement. They have their daughter, Alice, who is the apple of their eye, despite having a number of hostages inside their house. Sadly, Alice ends up becoming twisted as well because the Robesons kidnapped the inbred child when she was a newborn. 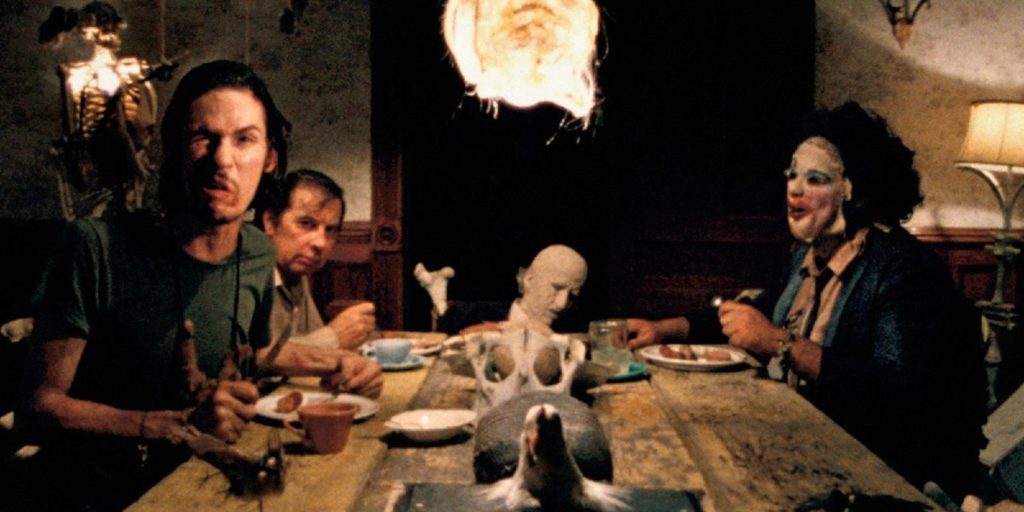 One of the most recognisable families in horror, the Sawyer family from The Texas Chainsaw Massacre is also one of the unfriendliest residents you could ever meet in Texas. The story follows Sally and her pals as they travel to her grandfather’s grave to look into it. They come across a gang of insane and violent outcasts who are out to kill them after taking a detour to the ancient farmhouse where her family once lived.

It’s difficult to feel sorry for the mute monster who doesn’t hesitate to kill the strangers he discovers, even though some horror fans feel bad for Leatherface and the environment he was forced to grow up in. Due to their seclusion, the entire family has become deranged beyond recognition, and they have now turned to eating their kills. 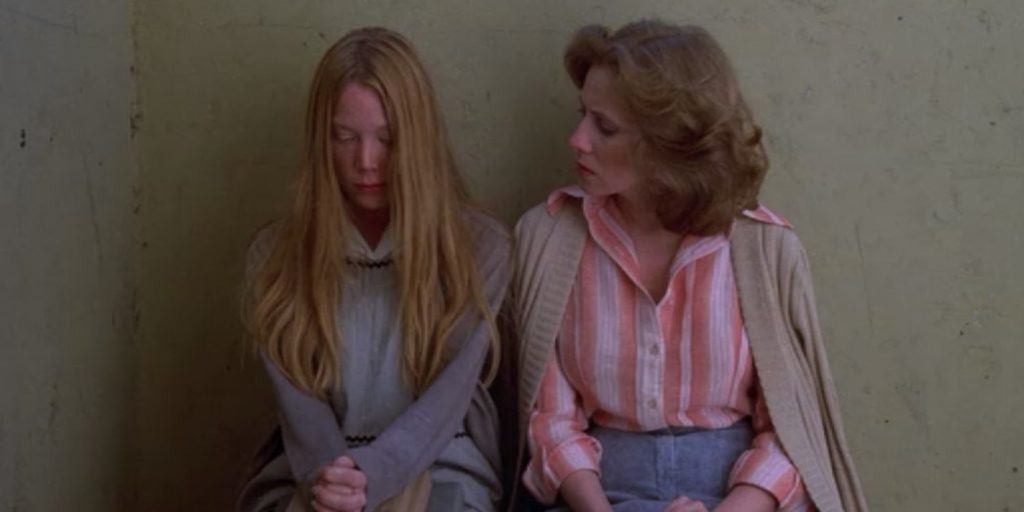 Any little girl raised by Margaret White would be in for a lot of difficulties. There is no foundation for any feeling of normalcy when one is reared by a despotic religious mother. The title character in the 1976 film Carrie is left to fend for herself because her mother thinks the Devil is trying to defile her innocent daughter.

Due to her mother’s actions, the girl develops into a reclusive and sensitive adolescent who endures unending teasing from all corners of her life, including bullies at school. It’s fortunate that when strange things start happening around Carrie, she fully emerges with telekinetic abilities and a desire for vengeance.