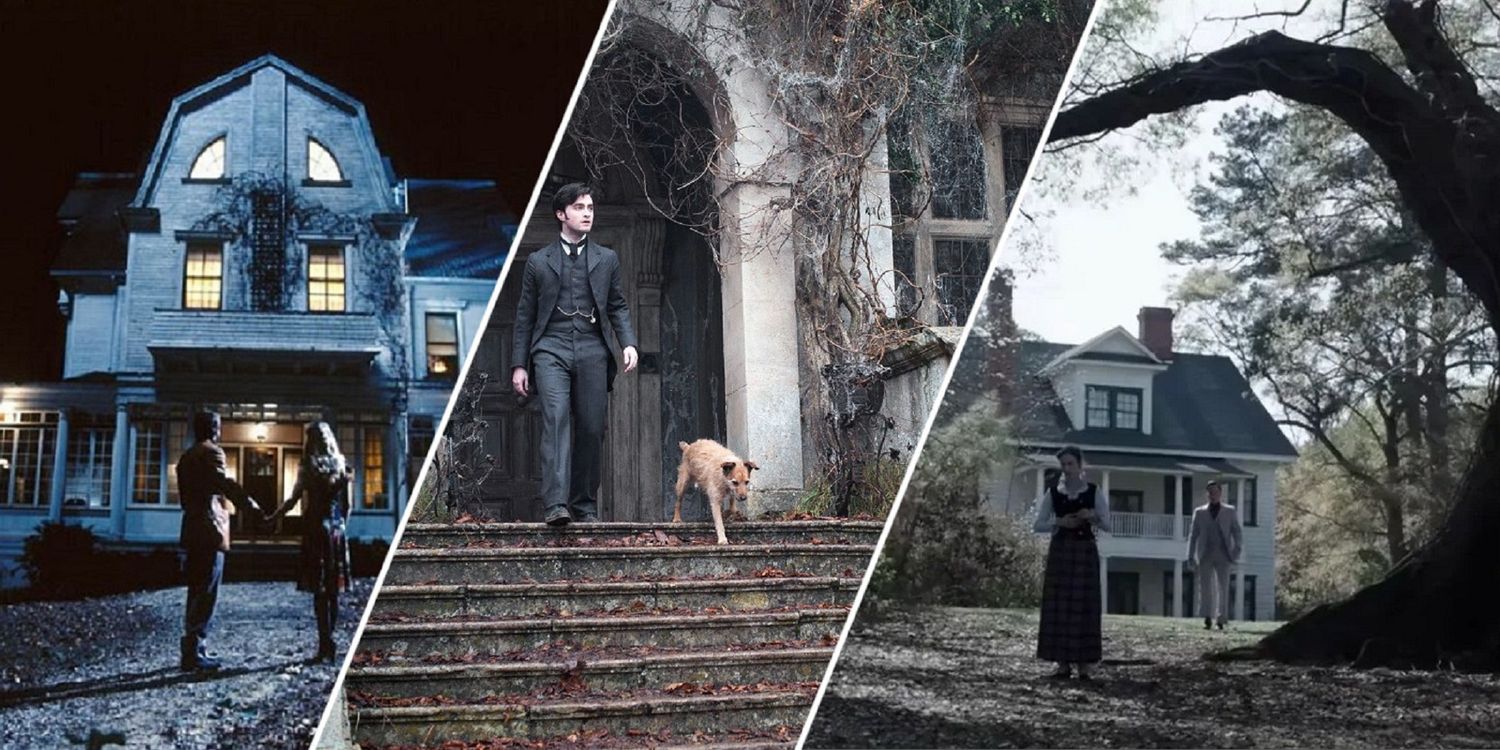 There are many different kinds of horror films that frighten you around Halloween. There is a unique kind of horror out there for everyone, whether they prefer vampires, the paranormal, troubled dolls, creature features, or slashers. The haunted home, however, continues to be one of the genre’s most cherished motifs.

There is nothing more horrifying than a house alive with the unknown, filled with sorrow, sadness, and ghosts. Nobody wants to return home to the sound of slamming doors and dangling silverware. Being out of control of your surroundings is terrifying, which is why haunted houses, where odd secrets hide in basements and dark corners, continue to be a popular myth. 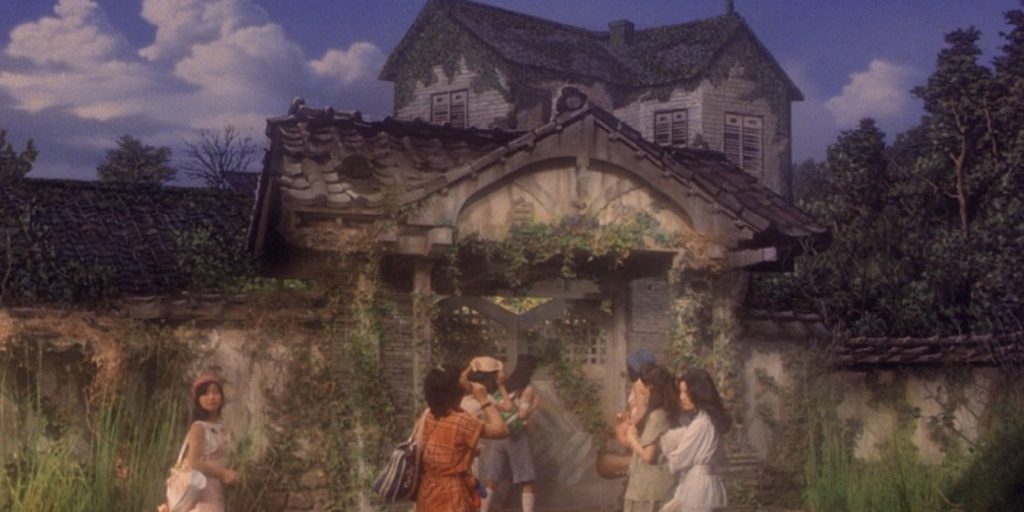 Hausu, a Japanese haunted home movie, is as strange and unique as it is frightful. This masterpiece film is praised for its absurdity and the innocent source of its horrors. As strange as the movie is, Hausu explores a lot more than most people realise. It deals with the difficult subjects of loss and grief and frequently blurs the boundaries between known and unknowable.

In the film, a young girl avoids spending time with her father’s new partner by going to her aunt’s house. The moment they arrive at the vast estate, strange things start to happen. Home furnishings come to life, a severed head flies into the air, and an evil spirit appears to be trapped in a cat painting. 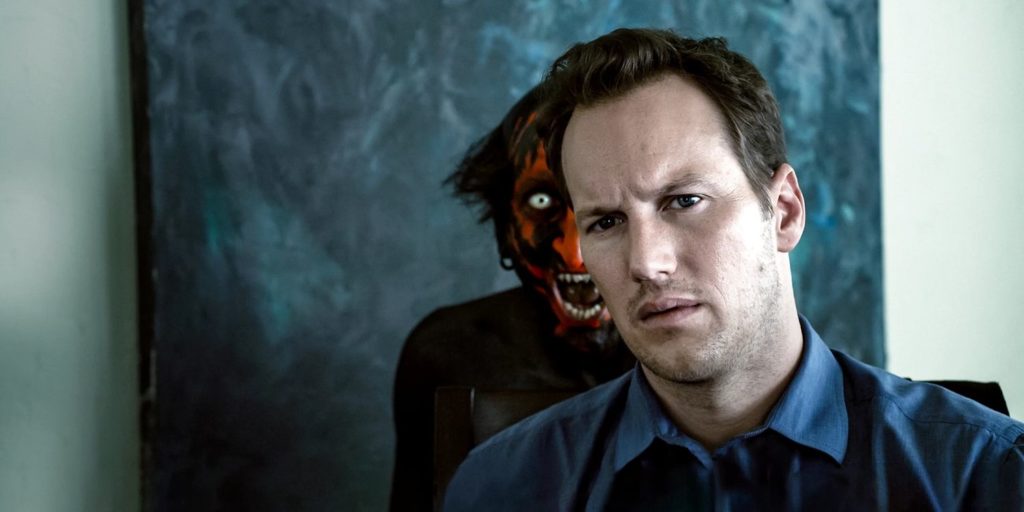 In the movie “Insidious,” Josh is seated at the kitchen table with the Lipstick-Face Demon suddenly appearing behind him.
A house that takes you hostage is one of the most horrifying scenarios described in the haunted house subgenre. Insidious extends the concept of home hauntings beyond the traditional boundaries and into the world of the comatose in yet another one of James Wan’s horror classics.

Josh and Renai Lambert in the movie take extreme efforts to save their son who has become unconscious in their new house. When it appears that their new home is haunted, they ask for assistance waking up their son only to learn that he is under the control of an evil spirit. The movie has a particularly spooky moment as Josh is placed into a trance and the Further spirits invade their house and torture them. 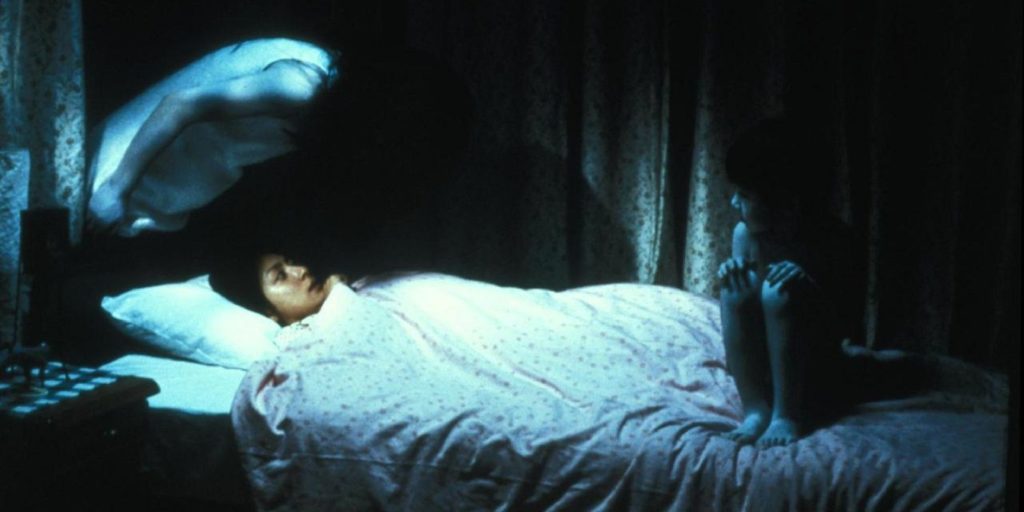 Ju-on: The Grudge was released at a period when the world was becoming enamoured with Japanese horror. It was launched in the early 2000s during a spate of Japanese horror films that frightened viewers and paved the path for American remakes like The Ring and The Grudge. Because the films’ frights were based on traditional Japanese folklore, their terrifying tales seemed much more terrifying and real.

The frightening urban legend of Kayako, a woman who was brutally stabbed to death by her husband before he drowned their son, is the inspiration for the film. It also adopted the idea of Japanese haunted houses, which holds that if a structure has experienced a particular terror, it absorbs it and transfers it to anybody who enters. Ju’on: The Grudge, a Japanese horror movie that will make you want to sleep with the lights on, with a terrifying shower sequence that Alfred Hitchcock would have liked. 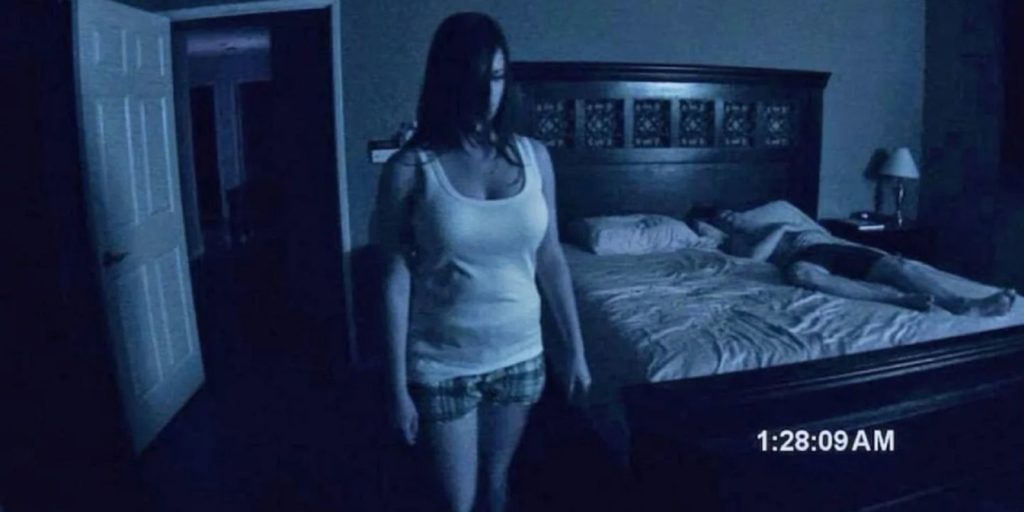 In “Paranormal Activity,” possessed Katie can be seen standing up in the middle of the night.
With its use of found footage and low-budget filmmaking, Paranormal Activity captivated audiences by giving the impression that it was a video taken directly from your family’s collection of home movies. Similar to The Blair Witch Project in the 1990s, it sparked a new found-footage trend and paved the way for even more experimental films like Rec and Cloverfield.

Although there have been many prequels and spin-offs, the original film in the series is still the most frightful. Soon after settling into a suburban track home that seemed regular at first, Katie and Micah start to feel increasingly uneasy about what they perceive to be a supernatural presence. They are unprepared for the horrible events that transpire when they attempt to video the thing when they are sleeping at night. 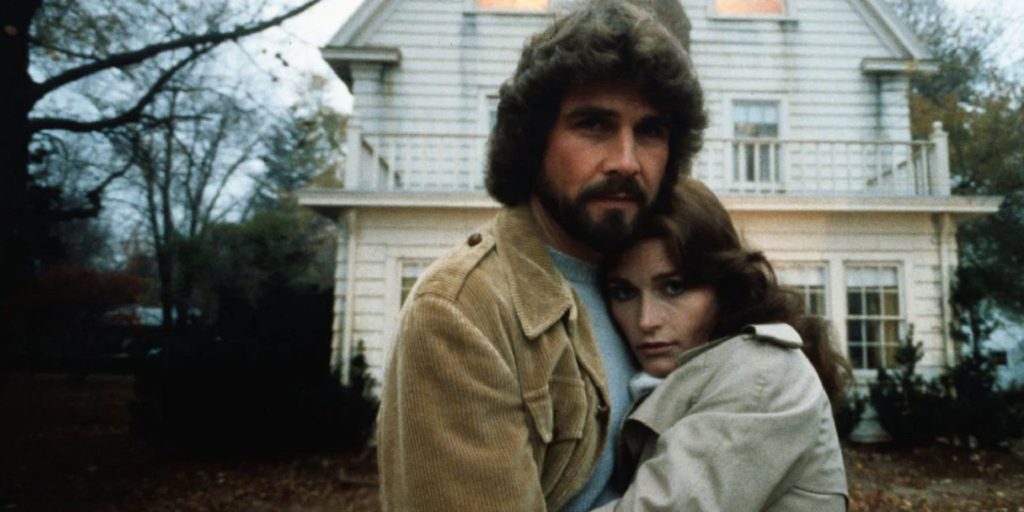 Some of the most well-known haunted house tales in the world revolve around the real-life Amityville mansion at 112 Ocean Avenue. Before the Lutz family claimed to have experienced paranormal fear there after moving there, the house was the scene of the gruesome DeFeo murders, which served as the basis for The Amityville Horror.

Even today, one of the most well-known haunted houses is the Amityville house. A family is terrorised by paranormal forces after relocating to a new home in New York that was the location of a recent mass murder in the 1979 chiller. The family has to hire a priest to exorcise their home because it was formerly the property of a satanist from the 18th century. 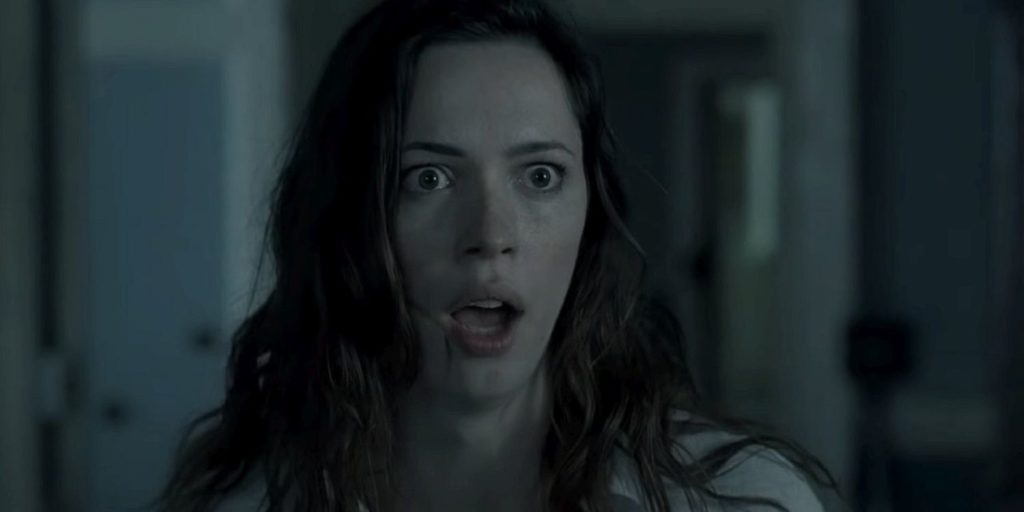 The Awakening is one of the scariest horror films ever made, while not necessarily taking place in a haunted house. In the years following World War I, a young boys’ boarding school is haunted rather than a house coming to life.

The film is unique to the horror genre because of its beautiful and ominous atmosphere, which makes you feel scared and anxious without using blood or terrifying jump scares. In a world full of haunting doll houses, toys that come to life on their own, and hands that reach out from the ocean, the post-war fear is tangible. 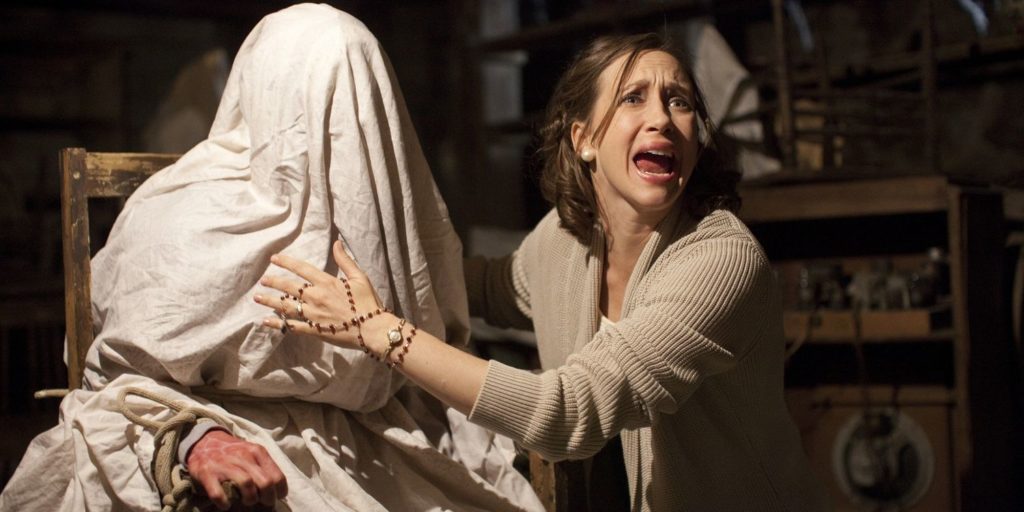 A whole cinematic universe of the supernatural has been made possible thanks to James Wan’s The Conjuring. The Conjuring marked a turning point in the history of the haunted house horror genre with the debut of paranormal investigators Ed and Lorraine Warren. Audiences all across the world were frightened by its realistic setting and profoundly disturbing sights. And with good reason—the movie’s narrative is based on a genuine séance held in the 1970s by Lorraine Warren.

The house begins as a serene haven for a new family moving in, much like most haunted houses in terrifying movies. The Warrens assist the family in learning about the home’s gruesome past as the ghostly presence inside grows more hostile against the five daughters. 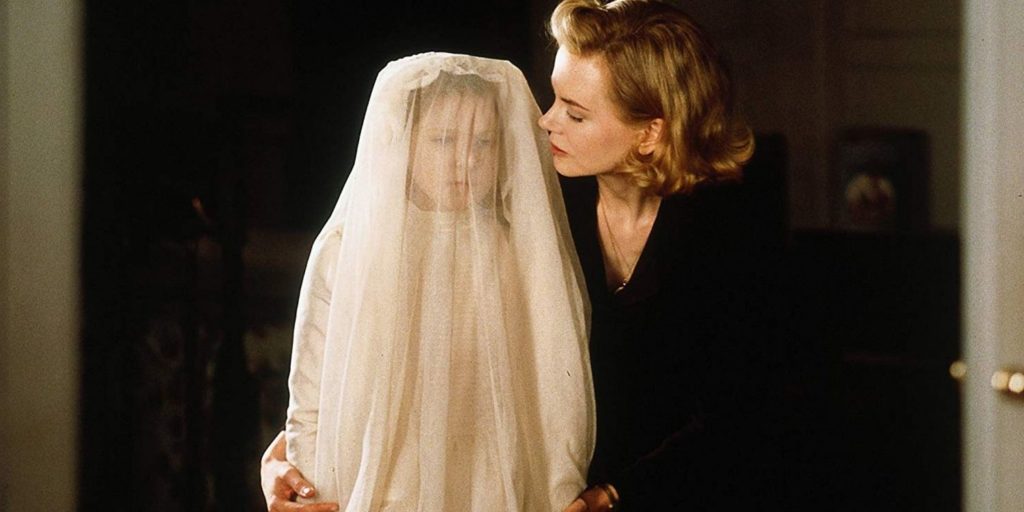 When The Others was published, the haunted house subgenre was rife with stories of houses that came to life and were inhabited by evil spirits. When the film adopted the opposite tack, the 2001 smash blockbuster was transformed into a breath of fresh air. Instead of cheap shocks and special effects, the mansion had a genuine sense of dread and a gothic mood.

The Others tells the tale of deeply pious Grace and her two children, Anne and Nicholas, who live in war-torn 1945. Grace relocates her family to a new home as she waits for word on her husband, who has been missing, and guards her kids from a rare photosensitive illness. After young Anne claims to have seen a ghost, unsettling things start to happen. 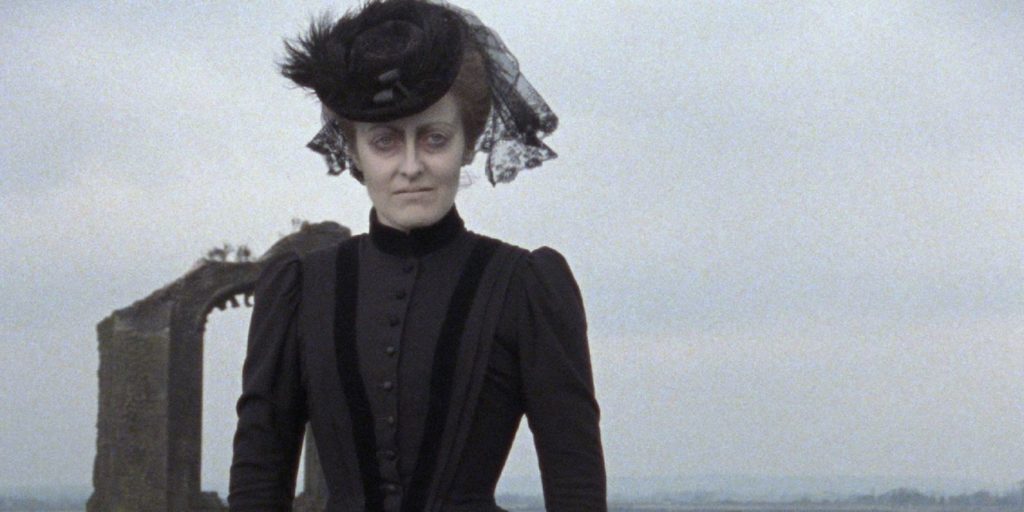 The Woman in Black garnered attention as the first film Daniel Radcliffe would star in after concluding the ten-film series. The movie, which was based on the Gothic horror book by Susan Hill, received high praise from critics for its gorgeous production design and almost flawless atmosphere.

In the movie, freshly widowed lawyer Arthur Kipps is dispatched to a secluded community to settle the affairs of a defunct eccentric. It quickly becomes apparent to him that the villagers are keeping a dreadful secret. Arthur learns that his client’s home is inhabited by a ghostly woman who is frantically looking for something she misplaced. 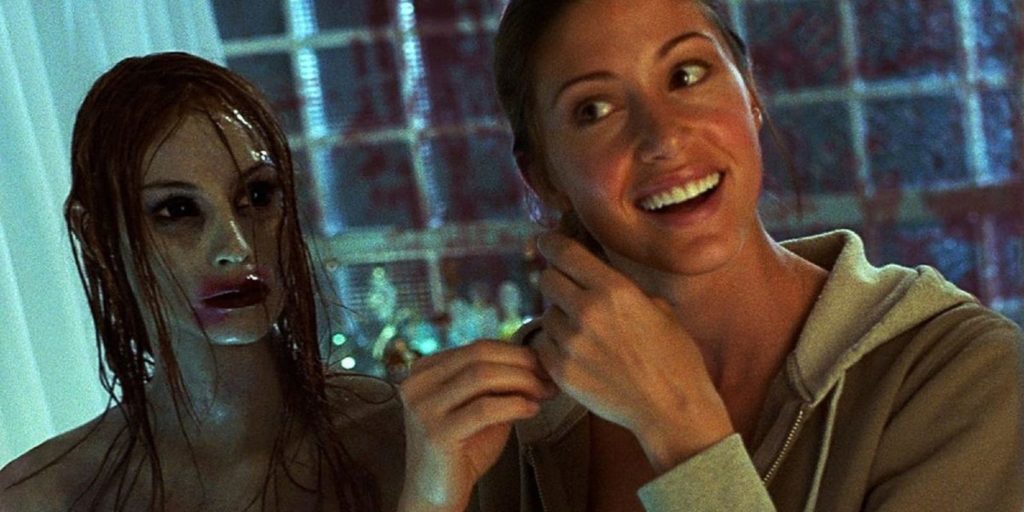 Thir13en Ghosts excels in virtually every respect. The magnificent old mansion is rich with vitality, with its gnarly realistic effects, charming set designs made of glass, maze-like passageways, and one of the most elaborate puzzle box houses ever produced. Even if the story’s premise can be a little clichéd at times, it’s hard not to fall in love with the house itself.

The movie centres on a family who receives an odd mansion as an inheritance from their eccentric uncle. However, there is one major issue: it appears that the home has a hazardous agenda of its own. Strangely shifting walls and furious beings that threaten to destroy the family confine them within their new home.