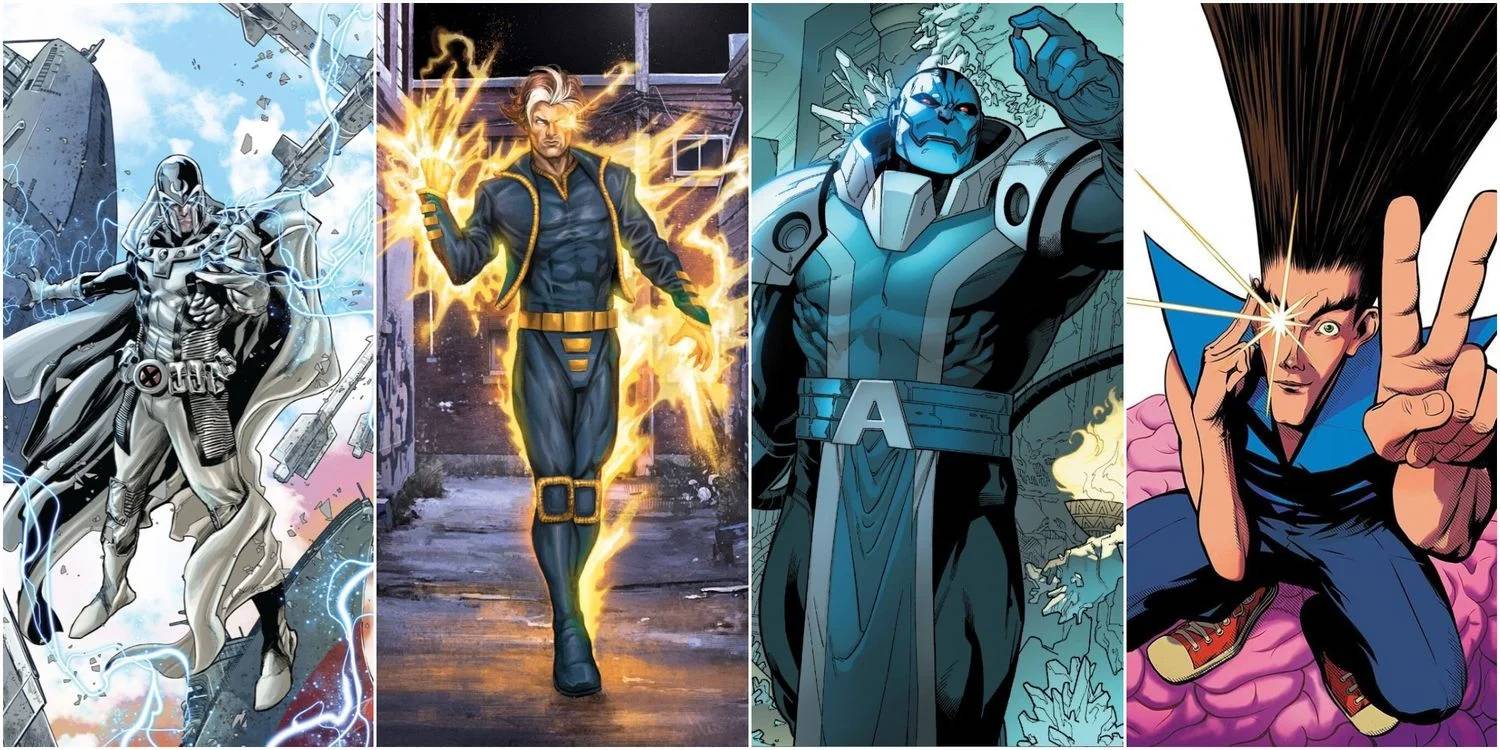 When the great Stan Lee and Jack Kirby were developing the concept for Marvel Comics’ X-Men, they decided to create a superhero team without having to explain away the characters’ powers as the result of science gone wrong, as he did with Steve Ditko when creating Spider-Man or Hulk and the Fantastic Four with Jack. As a result, the Marvel “mutants” concept was established to represent beings who were simply born with amazing talents, inspired by natural mutations.

Since then, the Marvel Universe’s mutant population has exploded, and with it has come an increase in the level of power held by these individuals. To designate mutants with immeasurable potential within their specific category of ability, the phrase “Omega-level mutant” was later coined. Several such entities (or ones related to them) have arrived in the X-Men and Marvel universes to wow us with their abilities. 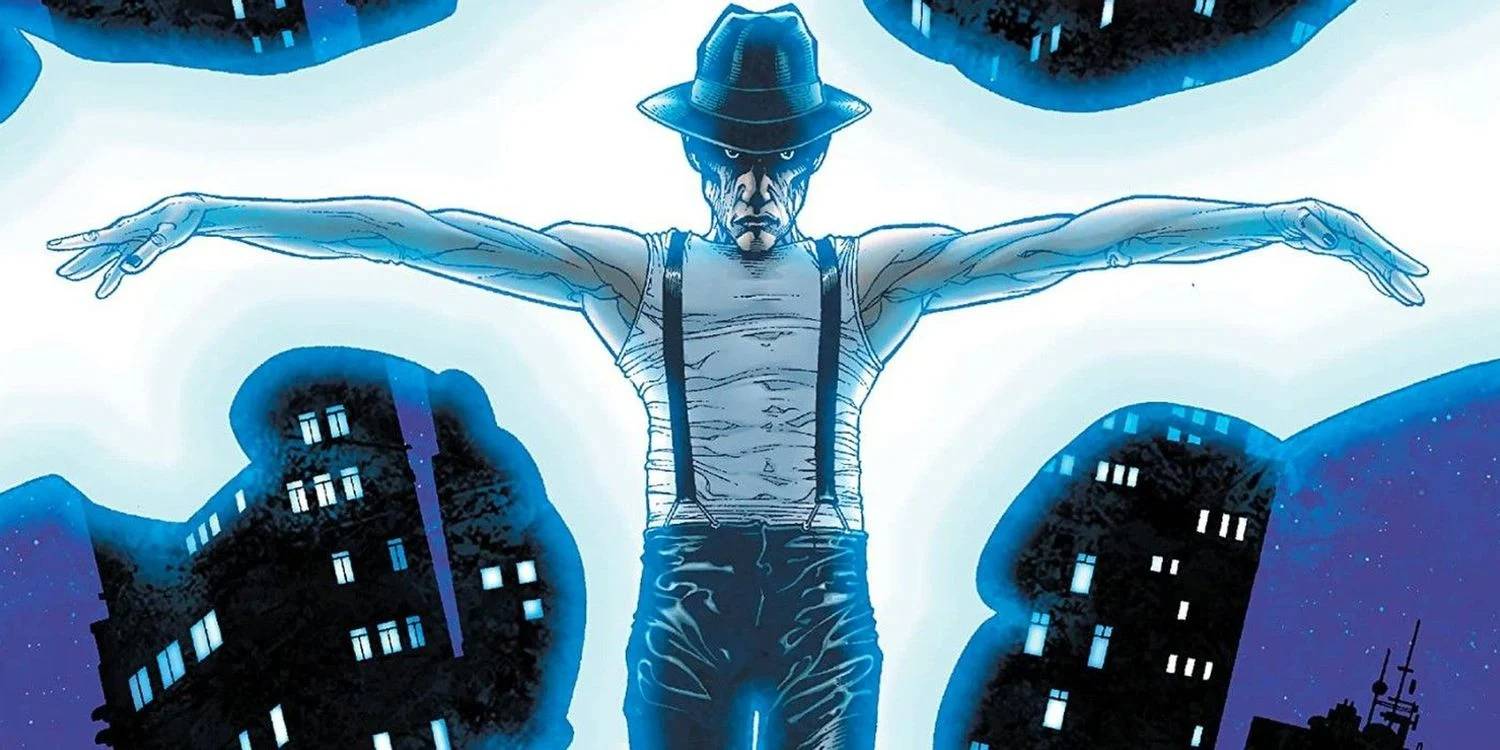 Absolon Zebardyn Mercator, better known simply as Mister M, is as mysterious as he is all-powerful. Mister M, who possesses the ability to transform matter and energy down to their atomic and subatomic structure, can supposedly do everything.

His demonstrated powers include repairing or destroying complicated technology, stimulating and accelerating biological processes such as cellular regeneration, and summoning elemental energies. Mister M’s precise limits, if any, are unknown, implying that he may be omnipotent. 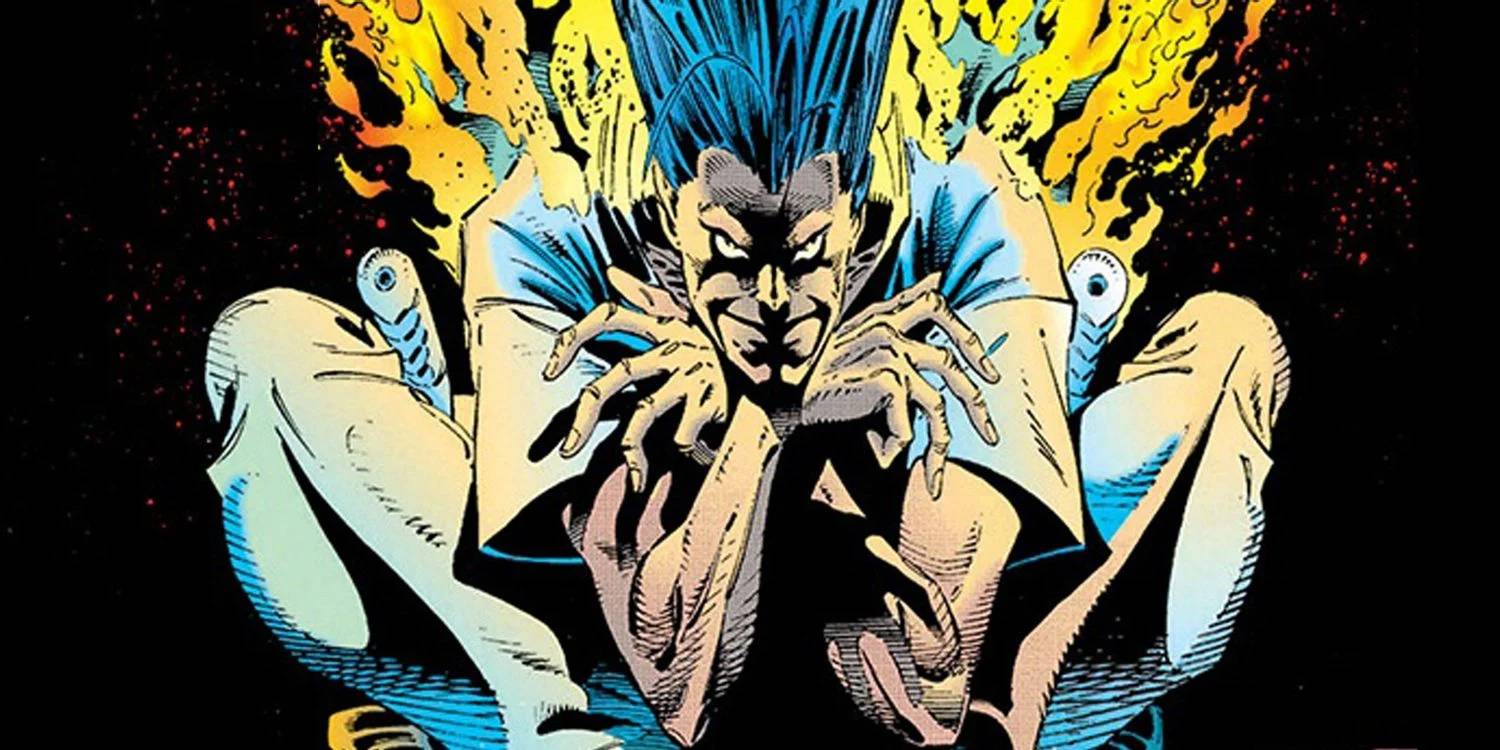 Because X-Men founder Charles Xavier is the world’s most powerful mutant psychic, it’s only natural that his offspring would be equally powerful, which David Haller, a.k.a. Legion, is.

David suffers from dissociative identity disorder, and each of his different personalities has a special ability. His first known alter, like Xavier, was telepathic, but he has since shown a plethora of other identities with skills like as telekinesis, pyrokinesis, reality and time manipulation, and a variety of others. In response to external or internal stimuli, David’s mind can manifest other empowered personas, adding to his already impressive power set. 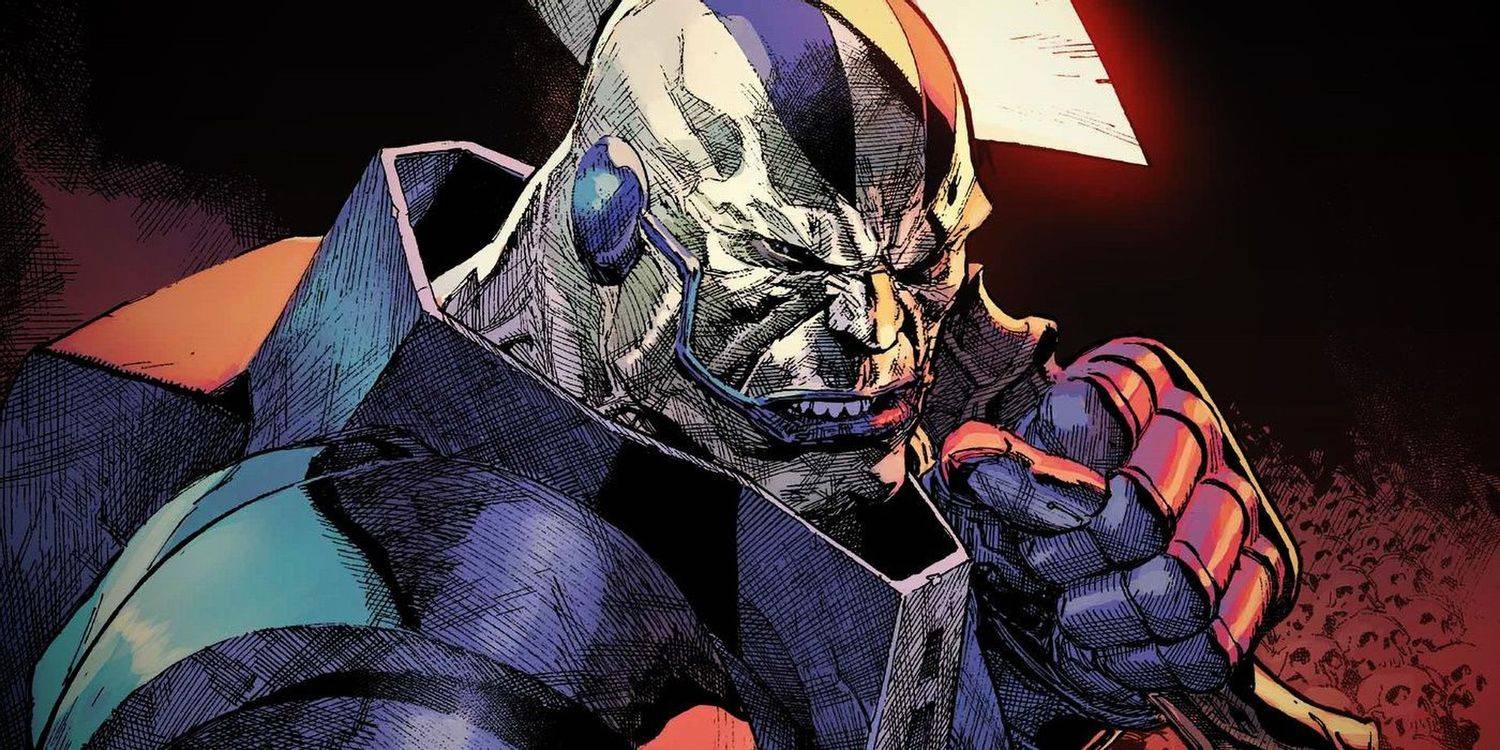 En Sabah Nur, better known as Apocalypse, was nurtured under the survival of the fittest dogma, which he would later try to impose on humanity by arranging events to weed out the weak and allow only the strong to thrive, among whom he included himself, and not without cause.

Apocalypse, who is effectively immortal, has evolved and adapted over millennia to acquire a wide range of skills. Originally a being of extraordinary strength, speed, and endurance, he was further advanced by extraterrestrial technology, becoming capable of energy manipulation, telepathic powers, and changing his molecular structure to construct weapons, heal himself, and change size. He is one of the most powerful mutants to ever walk the Earth, while not being officially classified as Omega-level. 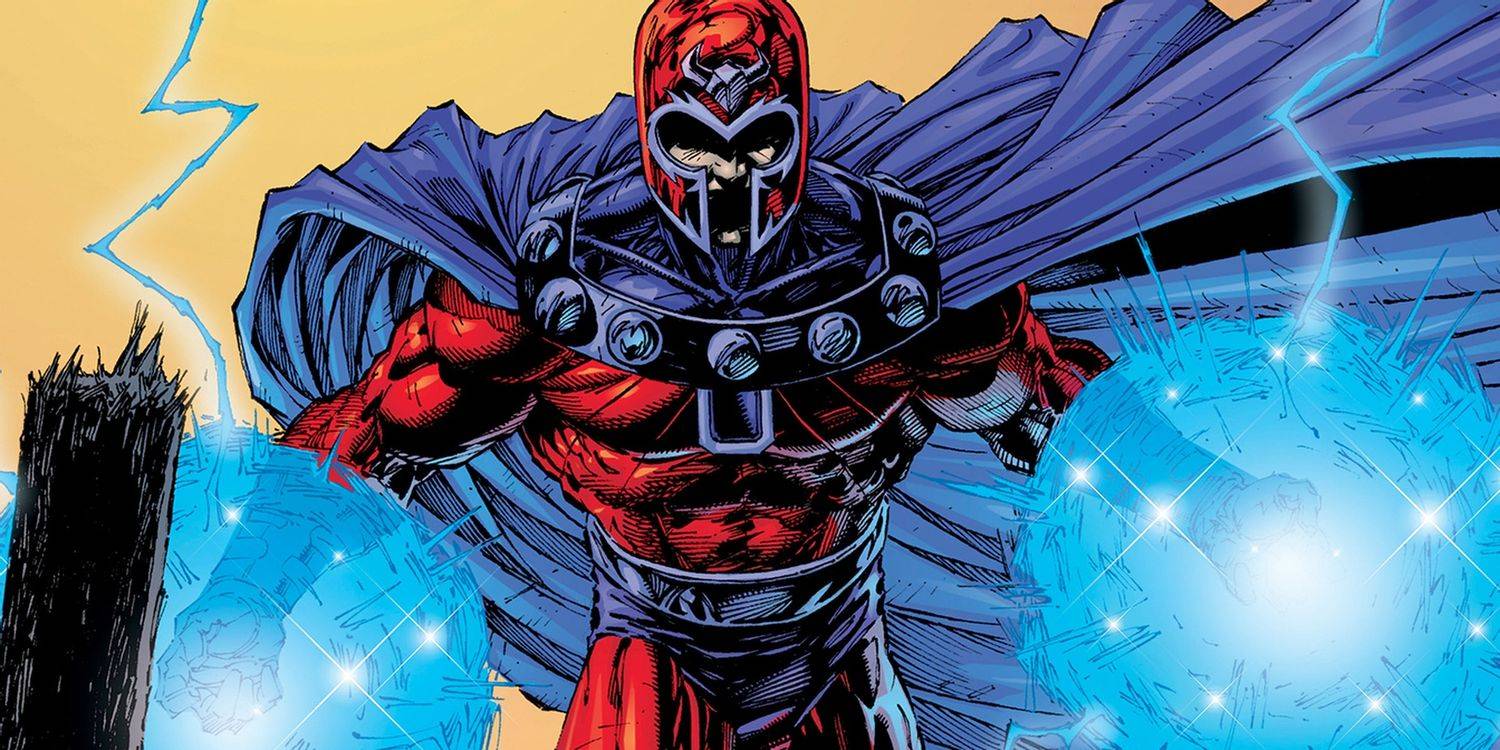 Erik Lehnsherr was a Holocaust survivor who wanted to construct a world governed by his fellow mutants, greatly impacted by his experiences and personal traumas. He was born Max Eisenhardt and eventually identified as the mutant terrorist Magneto. Magneto’s mutation allows him to create and manipulate magnetic fields in order to perform a variety of feats, including moving massive ferrous metallic items, creating nearly unbreakable protective barriers, and self-sustaining flight.

Magneto’s power, on the other hand, goes beyond magnetism to include all aspects of electromagnetism, one of nature’s four fundamental forces, allowing him to rearrange matter by affecting atomic bonds, manipulate electricity, light, and all other forms of electromagnetic energy and radiation, and even control the polarity of the Earth’s geomagnetic field. 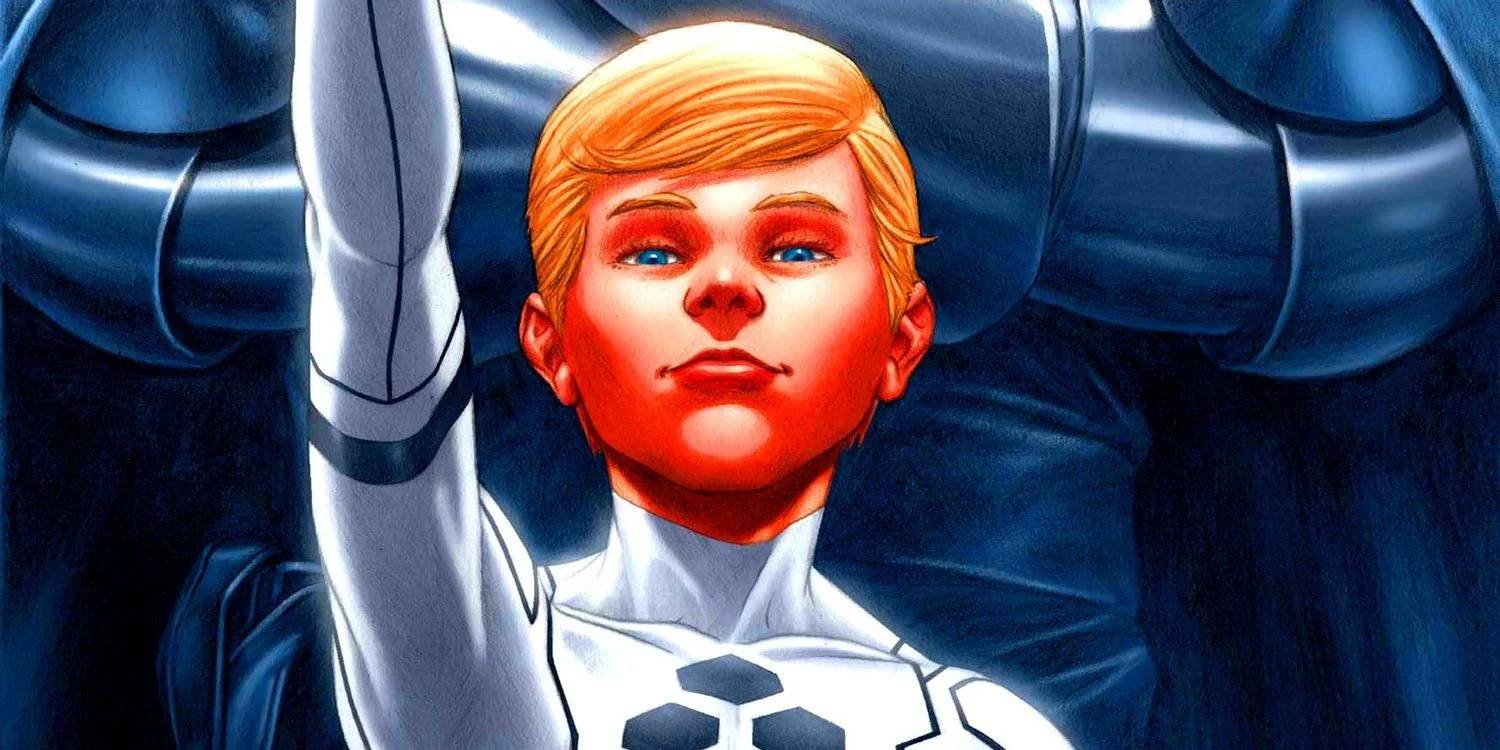 Children are said to be born with limitless potential, and Franklin Richards, the son of The Fantastic Four’s Reed Richards and Sue Storm, epitomizes this sentiment.

Franklin possessed incredible abilities from childhood, making him a target for many supervillains and powerful powers seeking to dominate him. Franklin was able to control, direct, and reconstruct the fabric of reality and its constituent elements at god-like magnitudes thanks to this capacity. He had the capacity to create new universes, defeat cosmic creatures, and convert fantasy into reality. Franklin’s mutant status may be in doubt right now, but his reputation as one remains unblemished. 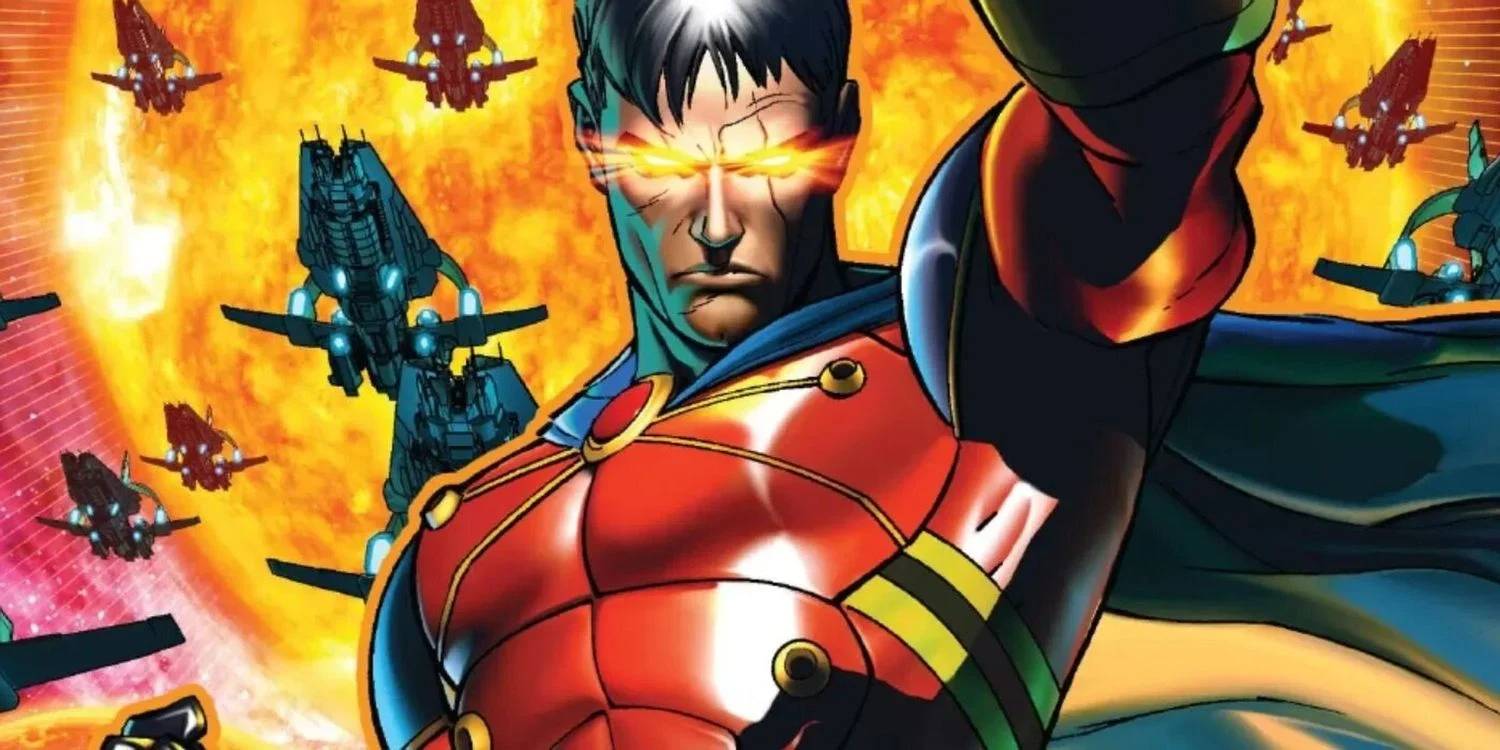 Gabriel Summers, codenamed Vulcan, the long-lost younger brother of X-Men members Scott and Alex Summers, evolved into a ruthless cosmic imperialist with a vengeance against the X-Men after a series of traumatic circumstances.

The Summers brothers share the trait of being living batteries of energy, although Vulcan outpowers both of his older siblings in terms of raw power. He has the ability to absorb massive amounts of almost any known type of energy (heat, light, electricity, radiation, and more exotic forms like Scott’s optic beams and magic) and release it in destructive blasts or shape it into various shapes. Vulcan can also use energy to bend existing energy sources to his whim, as well as use it to fly at incredible speeds and survive in the most hostile environments. 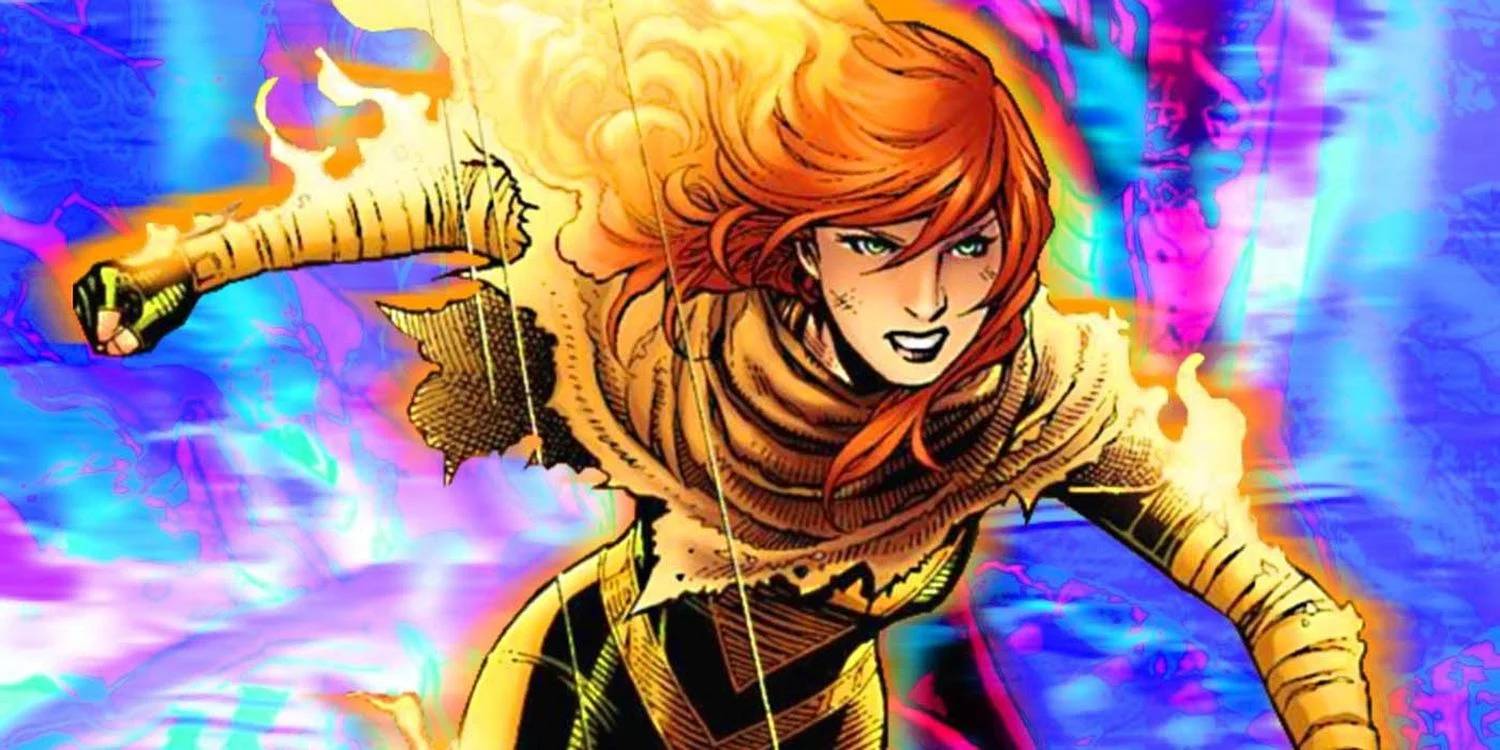 Hope Summers was the first new mutant birth and a prophesied messianic figure supposed to save mutantkind and mankind following the conclusion of the “House of M” storyline, which dramatically reduced the planet’s mutant population as a result of the Scarlet Witch’s actions.

Hope can imitate and manipulate the abilities of other mutants. Hope can use and command every power she replicates to its full potential, potentially even to a larger extent than the power’s creator, and she can hold on to and wield numerous powers at once. Hope can also control, enhance, and jumpstart mutants’ abilities, allowing them to better control their abilities or unleash their true might. 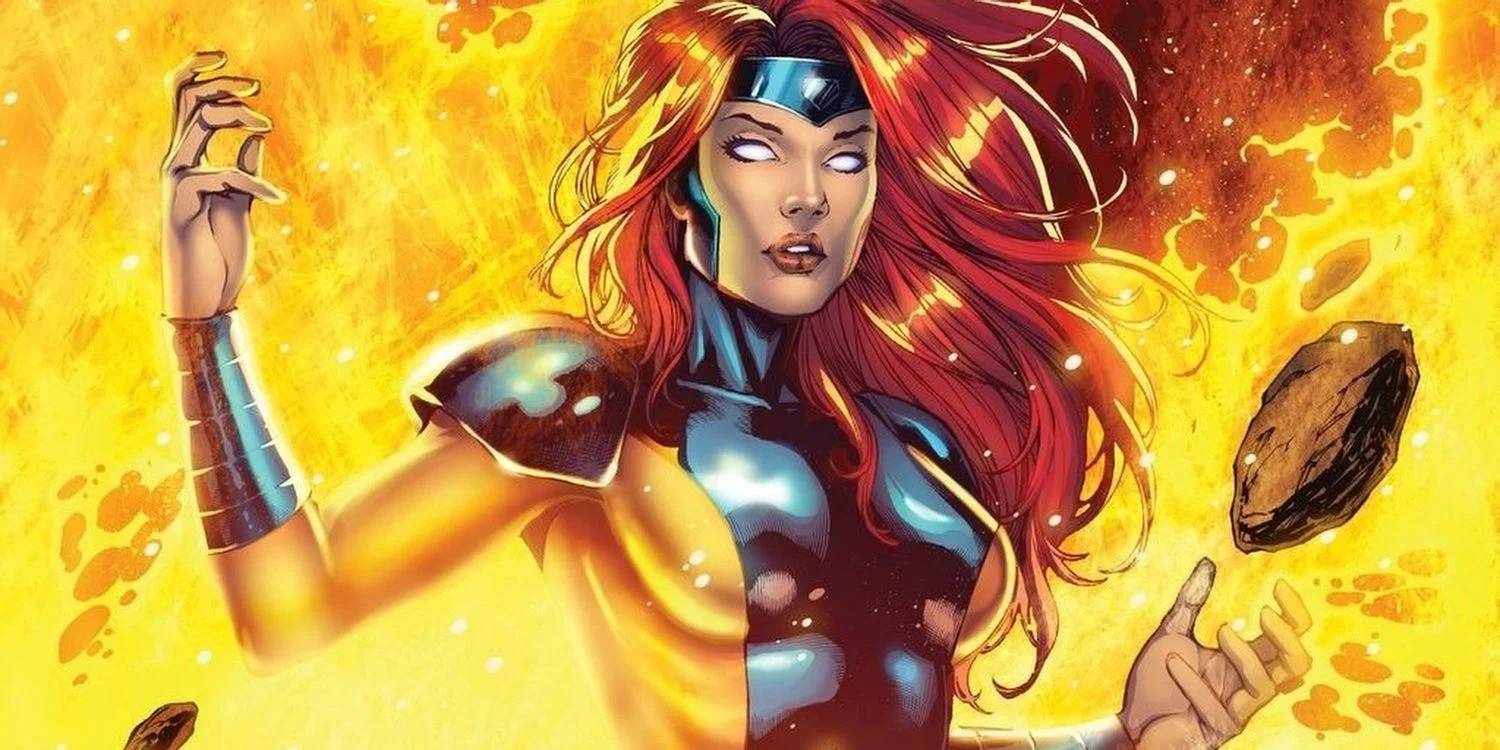 Jean Grey, a founding member of the X-Men, has gone from sweet-natured dynamo to planet-destroying evil to eternal Lazarus figure. She was once shown to simply have telekinesis, or the ability to control matter with her mind, but she was subsequently revealed to also be a telepath, or the ability to read and influence minds. Her mentor, Charles Xavier, briefly suppressed the latter talent, ostensibly because it was too much for her to manage, but that line of reasoning has been heavily questioned over time.

Jean has shown great talent in both telekinesis and telepathy, achieving results such as exciting molecules to cause friction and changing others’ actions and perceptions. Jean’s telepathic abilities made her a popular host for the cosmic Phoenix Force, which could enhance her abilities to the point where she could manipulate matter at the subatomic level, project massive amounts of energy, and revive herself repeatedly. 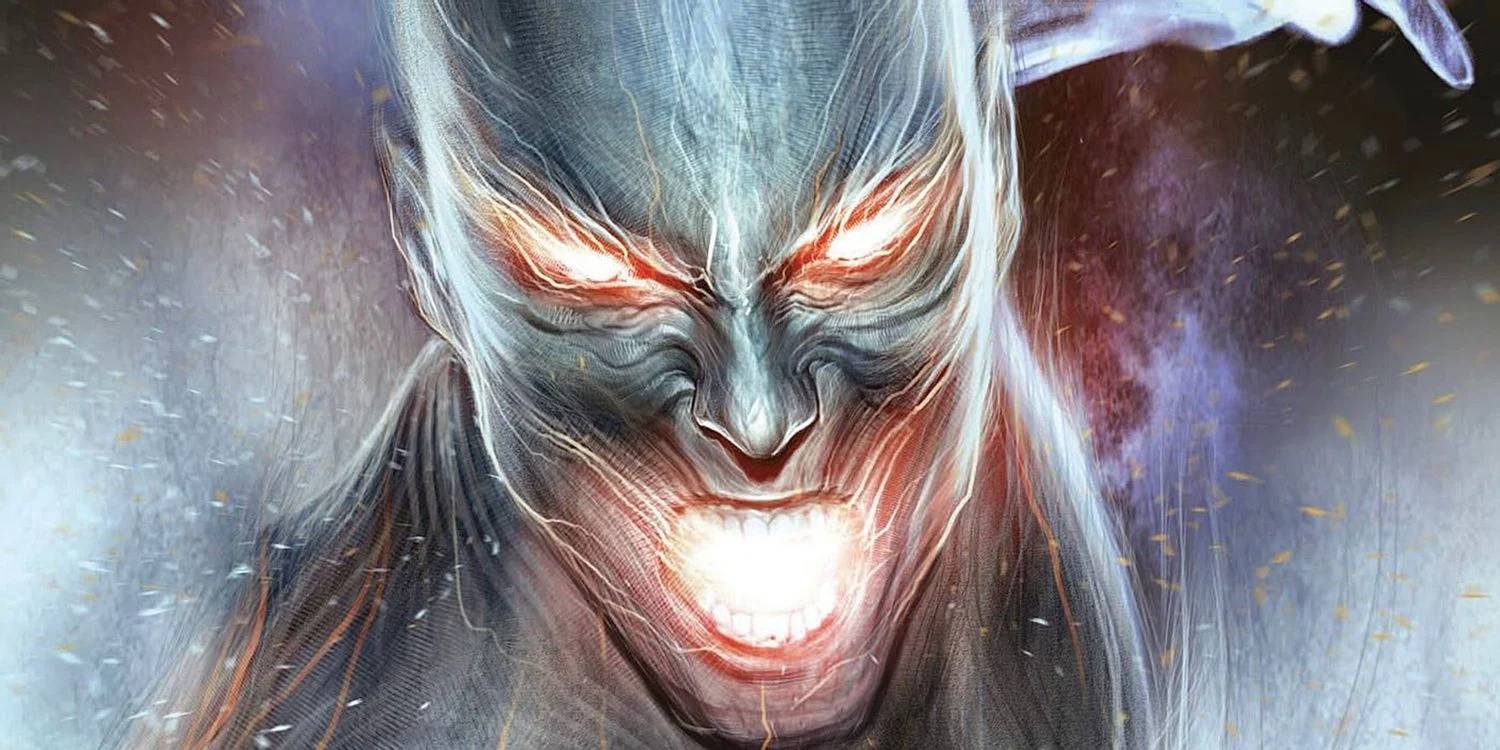 Kevin MacTaggert, or Proteus as he is known, is the mutant son of geneticist and longtime X-Men colleague Moira MacTaggert. He possesses hazardous reality-warping talents that forced him to be kept within his mother’s research facility before escaping to wreak havoc on her and the X-Men.

Proteus has the ability to transform matter and energy into whatever form or condition he desires, twist space about him, and defy all physics and logic. Unfortunately for him, his abilities are so strong that they deplete and destroy his physical body, requiring him to assume control of others, which he can accomplish because he is made up entirely of pure energy. Inorganic materials, notably metal, are his only other vulnerability, which his energy form cannot handle. 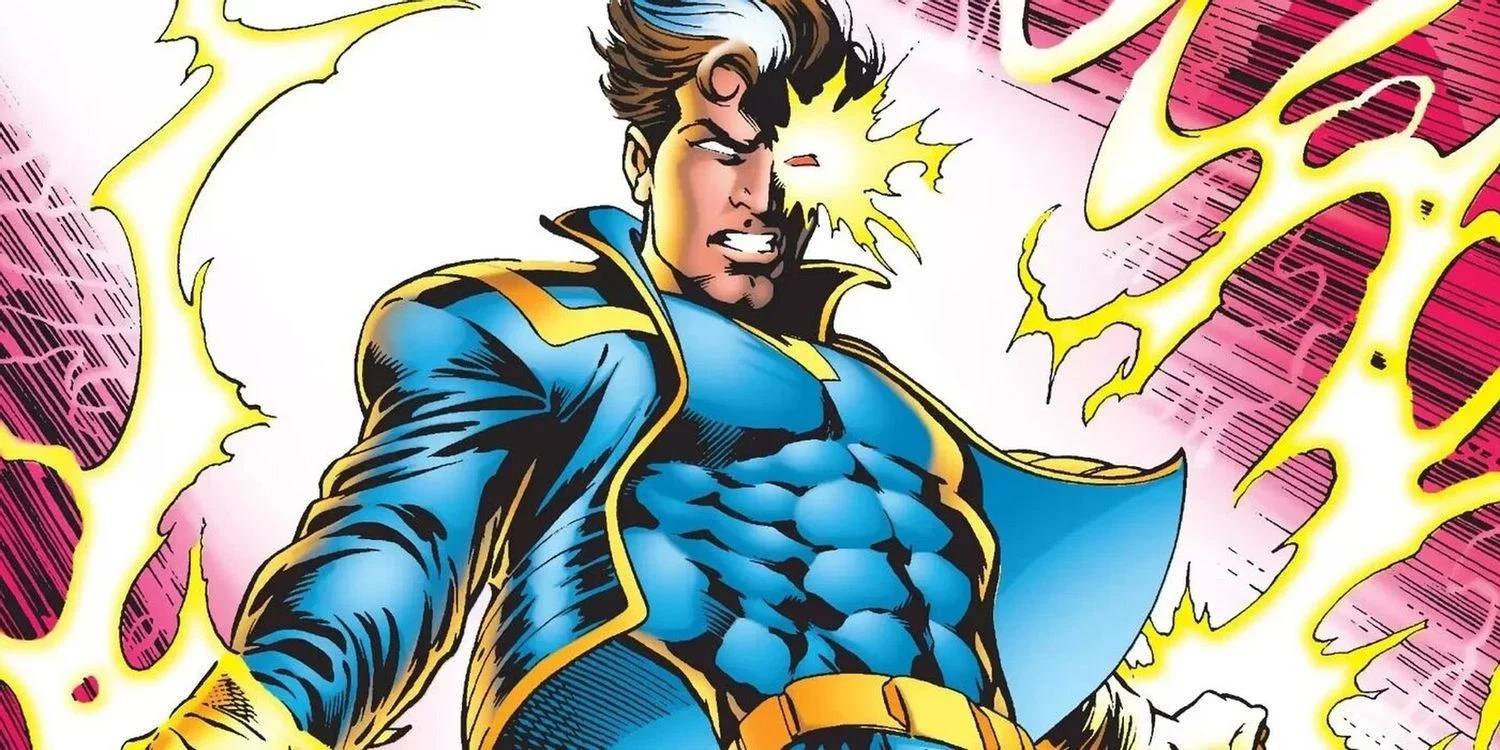 In an alternate history where the mutant Darwinist Apocalypse has overrun much of the world, his traitorous servant Nathaniel Essex/Sinister created Nate Grey, the genetic progeny of Jean Grey and Scott Summers, as the ultimate weapon to one day wipe out his master.

Nate was possibly the most powerful telepathic mutant who ever lived, capable of harnessing the Astral Plane’s practically limitless psychic energy. He was able to connect his mind with the minds of many others at the same time and over large distances, give physical shape to astral entities, and predict the future. Nate’s telekinetic abilities were thought to be unrivaled, capable of leveling entire continents or executing feats requiring extremely fine control, such as changing the atoms of solid barriers surrounding his body so that he could pass through them without harm.