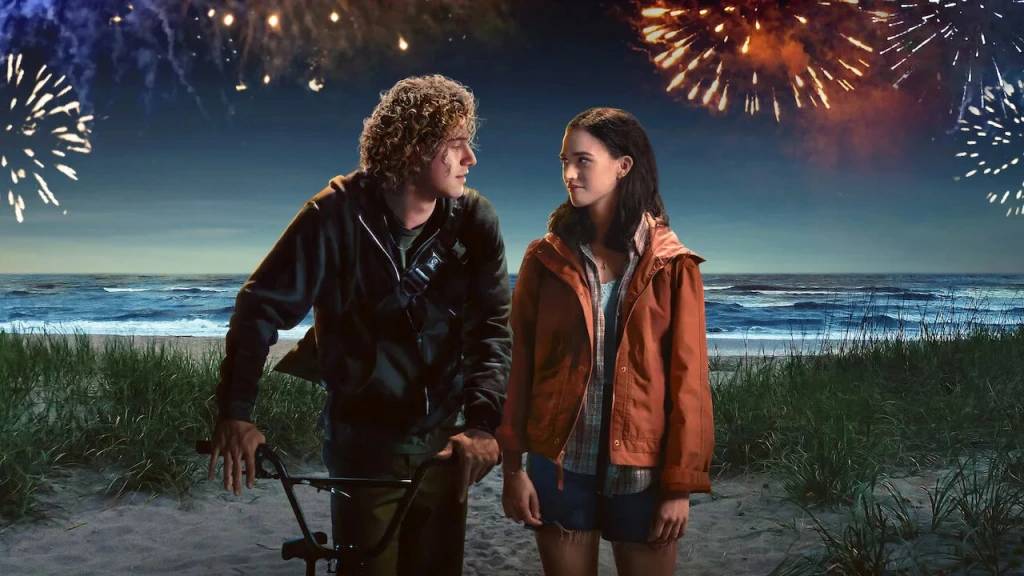 ‘Along for the Ride,’ directed by Sofia Alvarez, is a romantic drama film based on Sarah Dessen’s eponymous novel. The story follows Auden and Eli as they meet in the summer before starting college. Because they both suffer from sleeplessness, they spend their nights doing enjoyable things while the rest of Colby sleeps. This assists Auden in realizing her desire for a carefree and enjoyable life.

Apart from the budding romance between the two protagonists, the coming-of-age aspect of the film keeps the audience engaged. Many of the younger viewers identify with Auden’s character and aspire to find themselves in the same way she did. If you enjoyed the romantic drama, you might enjoy the following films. The majority of these films, such as ‘Along for the Ride,’ are available on Netflix, Amazon Prime, or Hulu.

‘A Walk to Remember,’ directed by Adam Shankman, is a classic romance film based on Nicholas Sparks’ eponymous novel. The story revolves around Landon, a popular high school student with a rebellious tendency who finds himself in the lead role in a play. In the process, he meets Jamie, the daughter of the local Baptist preacher, with whom he has little in common.

Landon and Jamie begin spending time together, which leads to Landon developing feelings for Jamie. They begin dating soon after, but their relationship is put to the test when a devastating truth is revealed. The characters in ‘A Walk to Remember,’ like those in ‘Along for the Ride,’ fall in love despite their disparities in personalities and the hardships they confront. 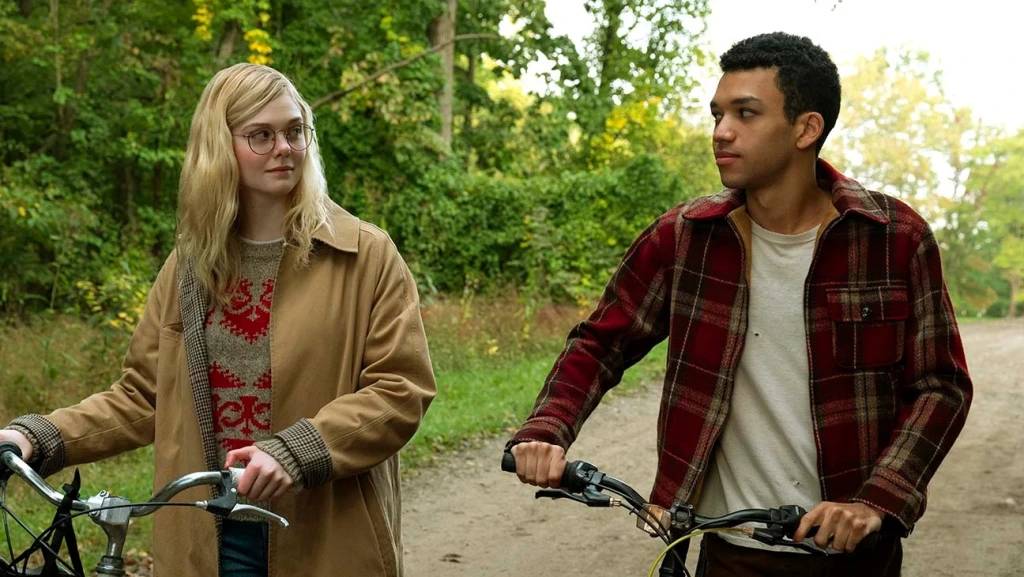 The romantic drama film ‘All the Bright Places,’ directed by Brett Haley, is based on Jennifer Niven’s novel of the same name. Violet and Theodore, two high school students who bond over their own challenges in the film, improve one other’s lives. They find together that even the little moments in life can be priceless. ‘All the Bright Places,’ like ‘Along for the Ride,’ is about two characters who make a significant impact in one other’s lives. 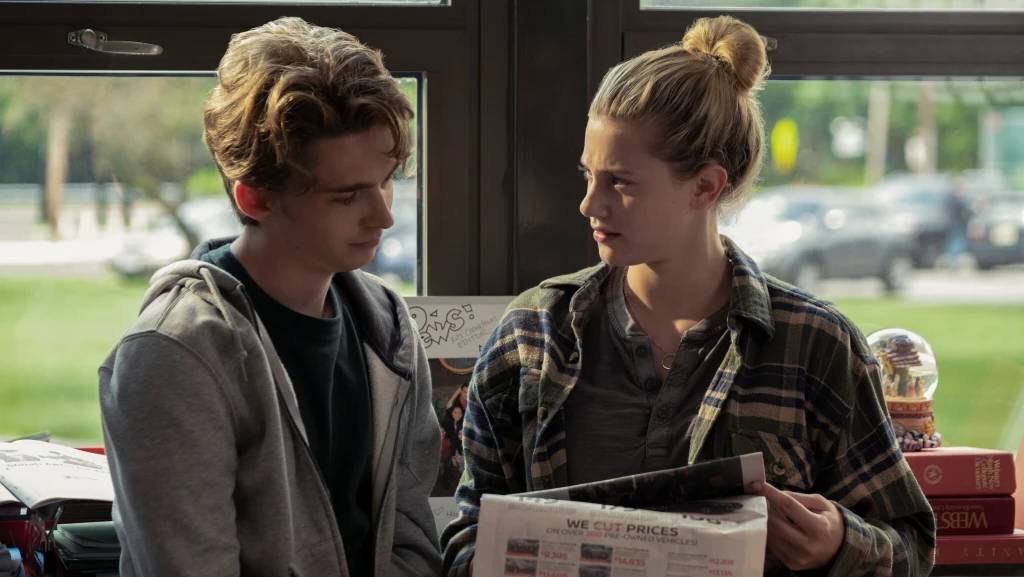 ‘Chemical Hearts,’ directed by Richard Tanne, is a love drama starring Lili Reinhart and Austin Abrams. It follows Henry Page, who, despite never having been in love, considers himself a romantic. Things start to change when he meets Grace Town, a new transfer student. He finds himself falling in love with the mysterious newcomer. Grace, like Eli in ‘Along for the Ride,’ has a few secrets that Henry doesn’t know about. Another parallel between the two films is the blossoming relationship between two strangers.

‘Midnight Sun,’ directed by Scott Speer and starring Bella Thorne, is a romantic drama film. Katie Price, who has a life-threatening sensitivity to sunlight, is at the center of the story. She encounters Charlie, a young man she has had a crush on for years, while living much of her life at night. As they spend more time together, they grow closer, but Katie tries to conceal her illness from Charlie. Characters in both ‘Midnight Sun’ and ‘Along for the Ride’ form bonds with one another while on their nightly journeys for a more colorful life. Furthermore, in both films, one of the protagonists keeps a secret from the other.

‘The Art of Getting By,’ directed by Gavin Wiesen, follows bored and lonely George, a youngster who doesn’t see the point of school or life and lives a mundane existence. Things begin to change, though, when he meets Sally, a delightful but problematic girl. George’s viewpoint on life transforms in her presence, similar to the effect Eli has on Auden in ‘Along for the Ride.’ 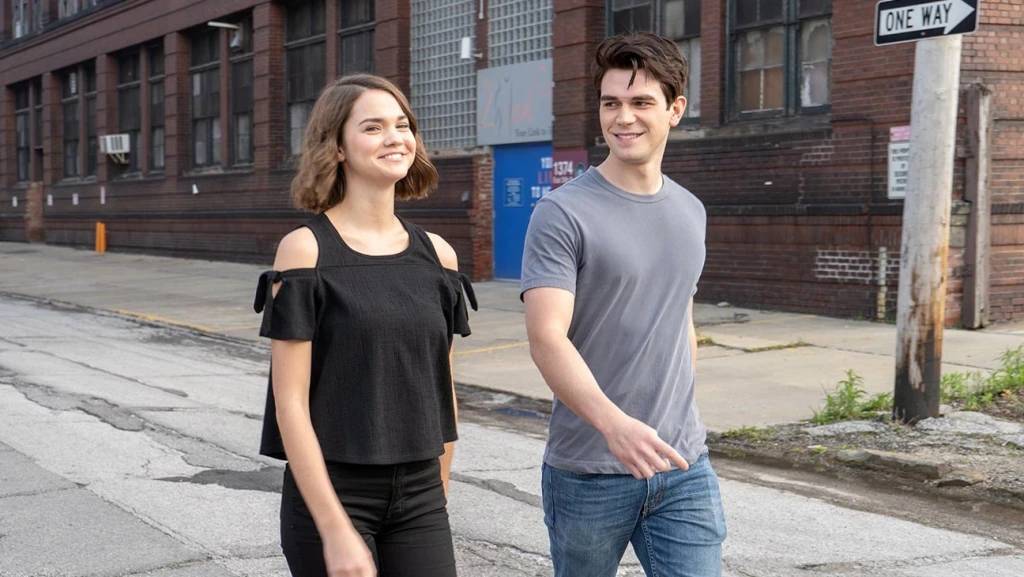 ‘The Last Summer,’ starring KJ Apa, is a romantic comedy directed by William Bindley. Although the story follows a group of friends through their lives, it centers on the final summer before they enter college, which it shares with ‘Along for the Ride.’ Characters in the interconnected stories are struggling with new connections while reflecting on old ones. Other similarities between ‘The Last Summer’ and ‘Along for the Ride’ include blooming romances and characters discovering themselves just before their college adventures begin.

‘The Spectacular Now,’ directed by James Ponsoldt, is a coming-of-age romantic film about Sutter and Aimee, who are very different from one another. Sutter’s outlook on life shifts once he spends time with the stereotypical “good girl” Aimee and finally falls in love with her. ‘The Spectacular Now,’ like ‘Along for the Ride,’ features a character whose outlook on life changes when they meet someone new.

7 Movies Like Crush You Can Watch On A Date Night