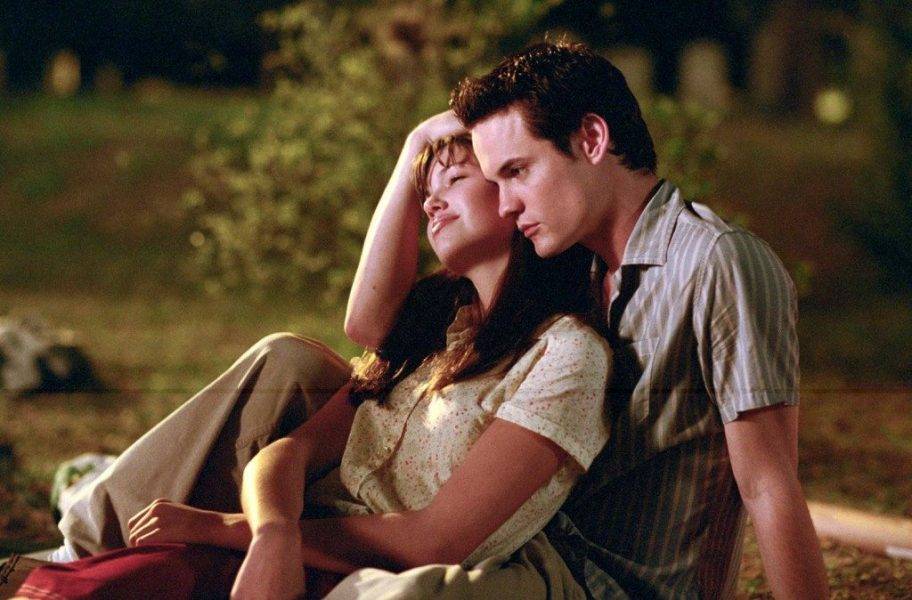 We’re always enticed by the things we can’t have. Stella (Haley Lu Richardson) and Will (Cole Sprouse), both seventeen years old, suffer from cystic fibrosis, a life-threatening genetic condition that cannot be cured, as told in the films ‘Five Feet Apart.’ Because of their condition, they must live completely controlled lives with rigorous schedules and limitations. Something seems to click when the two cross paths, but they must keep their distance because getting closer could worsen their condition. However, as time passes, the two are unable to contain their emotions, and things become problematic when they are compelled to disregard all rules and limits in order to be with each other.

The best love stories, whether in real life or in the movies, are those that include some form of agony. What is the point of falling in love if not to fall in love? When you’ve been through a lot of awful things, you only learn to appreciate the beautiful parts with all your heart. That’s why we adore stories about lovers who stick together through thick and thin, because that’s the kind of love we want in our own lives. Now, we may or may not discover someone who will always be there for us, or we may already have someone like that, but watching movies about lovers who overcome all odds to be together may always make us feel good and make us laugh and cry at the same time. So, here’s a list of some of our favorite feel-good love movies that are similar to ‘Five Feet Apart.’ Several of these films, such as Five Feet Apart, are available on Netflix, Hulu, or Amazon Prime. 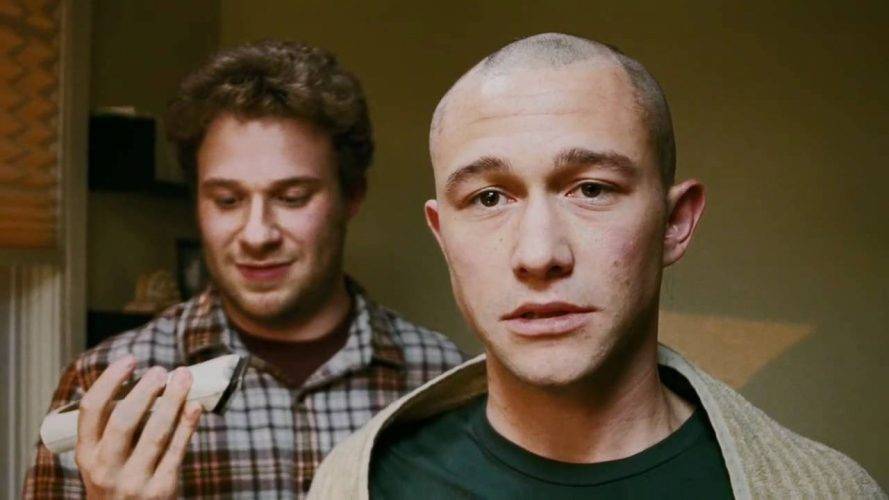 ’50/50,’ starring Seth Rogen and Joseph Gordon-Levitt, is the touching story of a 27-year-old man who learns he has a rare form of spine cancer with a 50% chance of survival. He also discovers that his girlfriend has been cheating on him about this time. To keep himself sane during these trying circumstances, he seeks the advice of a therapist named Katherine. Along the process, he learns a lot about his relationship with his mother, his closest friend, a little about love, and a lot about life and how important it is not to take it for granted. Although there is some profanity in the film, which may be off-putting to some, the basic tale that it centers around appears to be extremely real and fascinating.

This one, based on a story by renowned romance author Nicolas Sparks, will brazenly make you cry. Carter (Shane West) is a young boy who is sentenced to community service as a result of a prank he played with his buddies. This is where he meets the Reverend’s daughter, Jamie Sullivan, who has nothing in common with Carter. But, unexpectedly, the two begin to like each other, and they remain together despite Carter’s friends’ judgments of him for being with the girl and Jamie’s father’s opposition to the connection. Carter’s world is turned upside down, however, when he learns that Jamie has leukemia. Even though they are in love, they stay together and understand the true meaning of love. 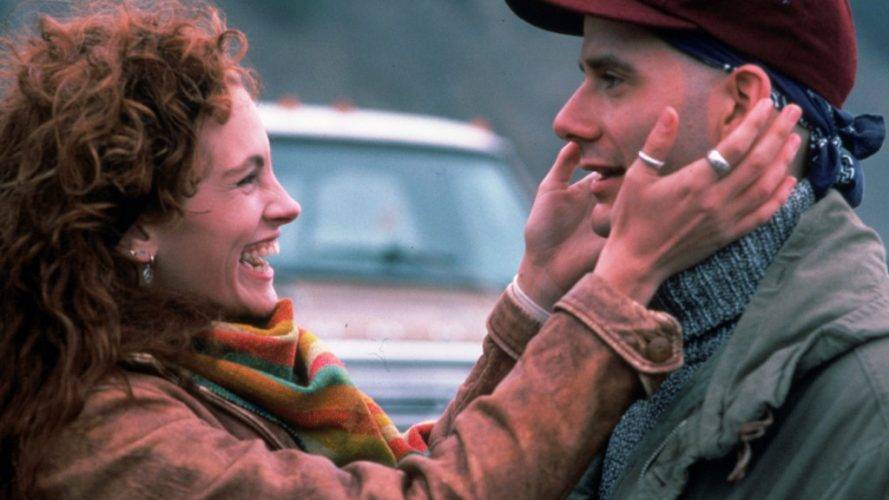 After her boyfriend dumps her, Julia Roberts plays Hillary O’Neal, who chooses to quit her career and start a new life. She begins working as a private nurse, when she meets Victor, a blood cancer patient. They quickly began to chat to each other on a daily basis and grew closer. Even though they know Victor will die someday, they fall in love, and Hillary becomes his reason to keep going and live a happy life for the time he has left. 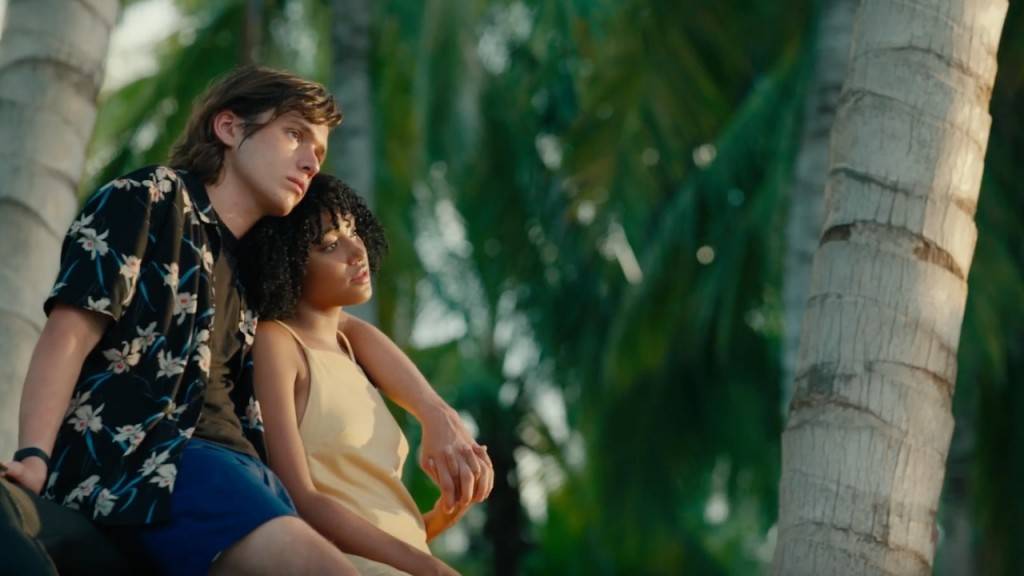 ‘Everything, Everything’ is the narrative of Madeline Whittier, a 17-year-old girl with a rare condition that prevents her from leaving her house. When a kid named Olly Bright moves into her neighborhood, things begin to shift, and the two begin emailing each other. They fall for each other in between these emails. Madeline discovers she hasn’t been living her life and is given the opportunity to leave everything behind and embark on a new adventure with Olly. Will she be able to make that leap, and if so, what will the repercussions of her choices be? ‘Everything, Everything’ is a fantastic teen romance feel-good film that will leave you smiling.

Anna Fitzgerald, a young girl, discovers the cause for her conception, which was to find a genetic match with her sick older sister so that she could be her transplant donor. Anna can’t seem to get her head around this and goes to court to seek medical emancipation. The catastrophe begins to rip everyone apart, but it also draws everyone in the family closer together in ways they could never have imagined. The film conveys a deeper message about how we are personally responsible for all of our decisions and how the repercussions of our decisions may not always be our own. 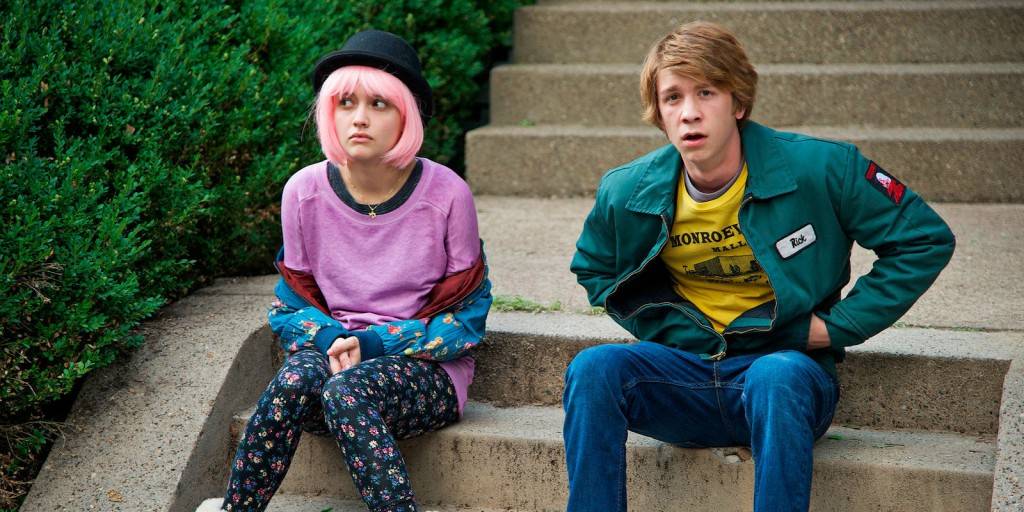 Greg and Earl are two awkward high school students who spend the majority of their time making bizarre parody films. Greg and Earl begin hanging out with this girl who has leukemia after Greg’s mother forces them to befriend one of their classmates. However, as they spend more time with the dying girl, their lives are profoundly transformed, and their entire view of what they understood about things shifts. This heartfelt indie film will tug at your heartstrings. 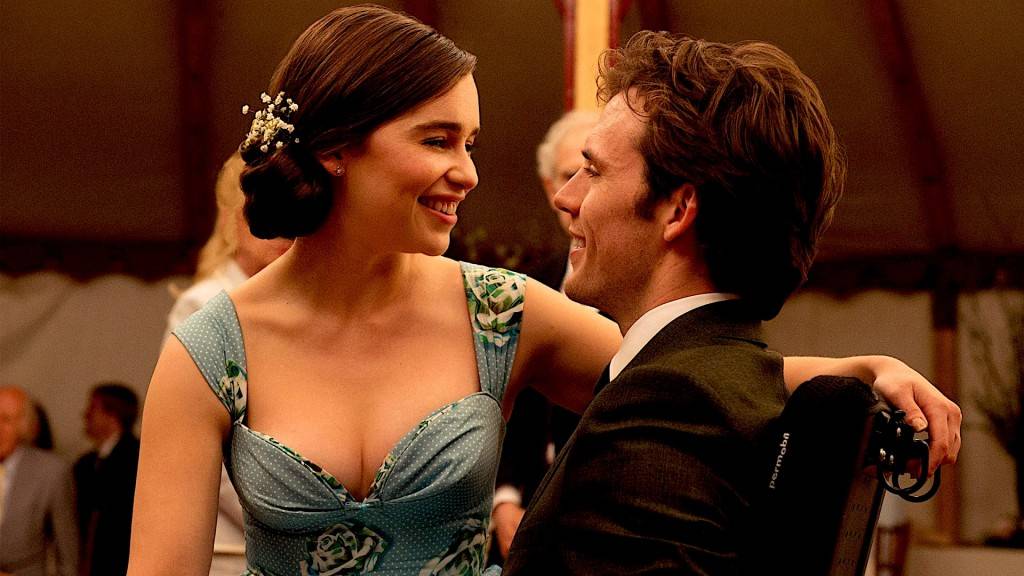 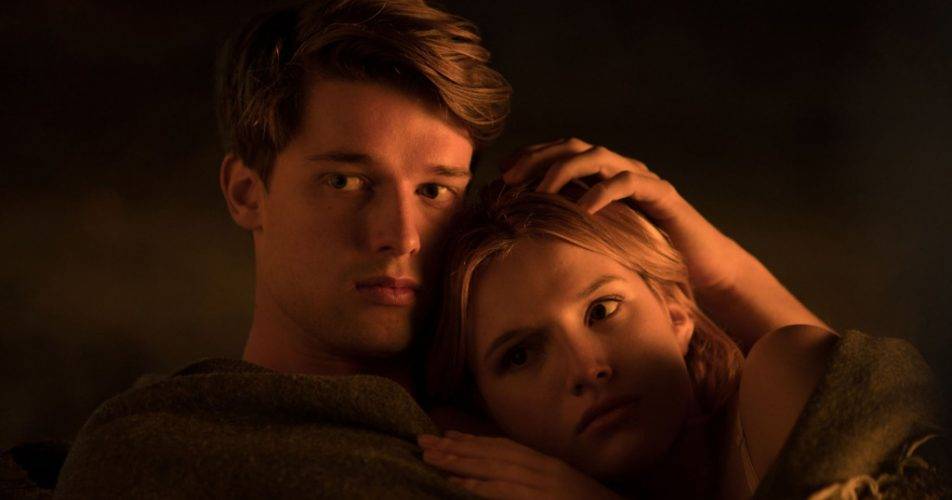 Keep tissues handy as you go on the journey of a young lady named Katie who suffers from a rare genetic disease that makes even the smallest exposure to sunlight fatal for her. Katie only leaves her residence at night to avoid being exposed to the sun. Her life changes when her lifelong crush asks her out while playing the guitar at a subway station, and what follows is their journey through a summertime romance that neither of them expected.

‘Now is Good,’ starring Dakota Fanning, tells the story of a teenage girl who learns she has leukemia and is dying. She makes a list of everything she wants to do before she dies, one of which is to lose her virginity. The film accurately depicts how a person suffering from a terminal illness can feel in real life, and Dakota Fanning’s superb performance will have you in tears. It’s one of the few films that comes close to matching the quality of the books. The film emphasizes the value of living in the present and appreciating the present moment. This is a must-see film that will undoubtedly teach you a lot about life. 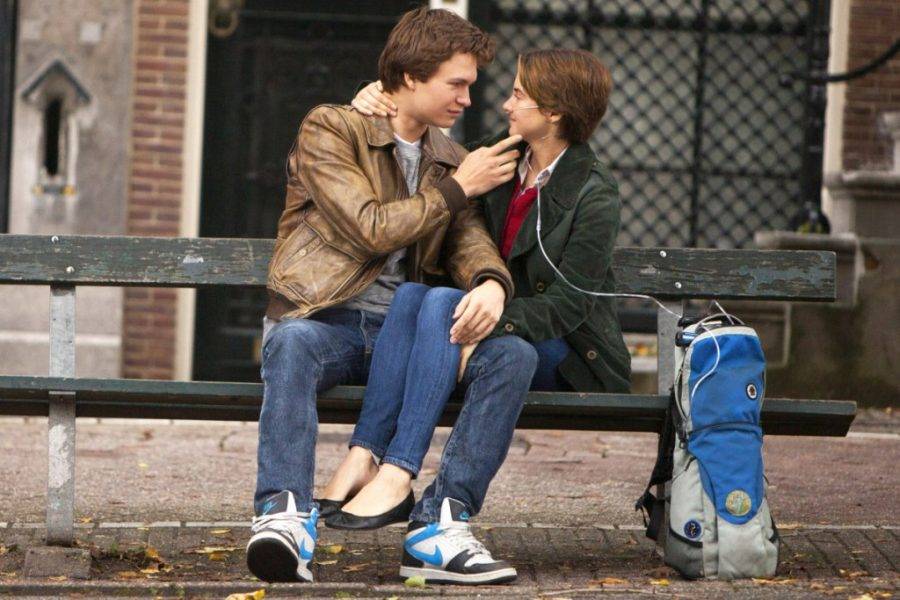 You will tear your eyes out as you read the narrative of Hazel and Augustus, two cancer sufferers who meet in a cancer support group. When it first came out, this film received a lot of buzz, but for good cause. The film features outstanding stars Shailene ‘Woodley and Ansel Elgort and has a standard yet good premise. It all begins with Grace, who is suffering from terminal lung cancer and must carry an oxygen tank with her at all times to help her breathe. When she meets Gus, a cancer survivor who lost his leg as a result of the disease, they hit it off immediately away. With time, the two get closer, and he decides to surprise Hazel by setting up a meeting with her favorite novelist, who happens to live in Amsterdam. The two embark on the best trip of their life, which radically transforms them and brings them closer together. But nothing is ever built to last, and fate may have other ideas. 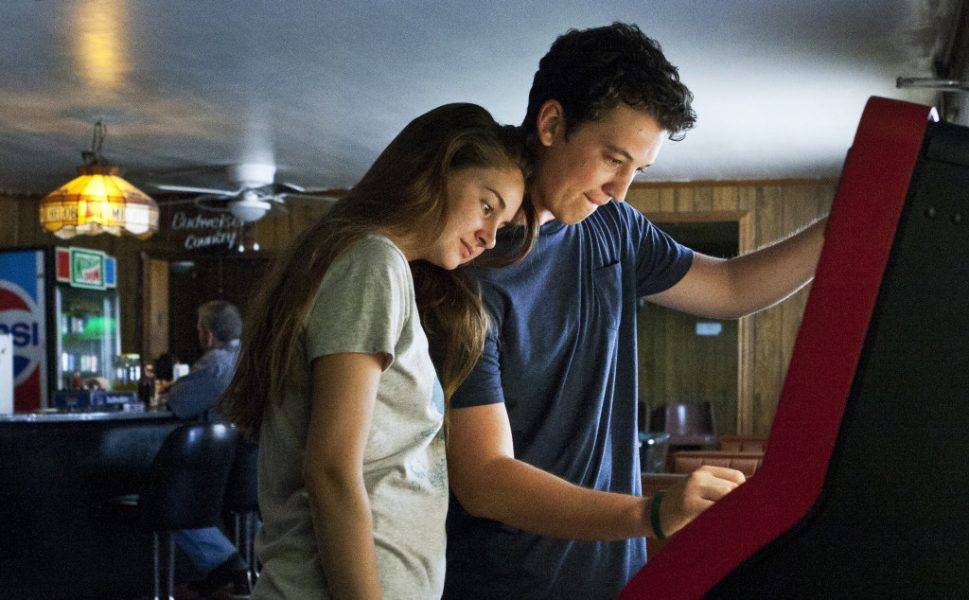 Sutter Kelly (Miles Teller) is a popular student renowned for being a total party animal who believes in living in the moment. Sutter resolves to spend the night partying after his lover dumps him to get over his unhappy memories with her. Aimee Finicky wakes him up on some unknown person’s lawn the next day, and that’s how the two meet. Following this, the two begin to meet more frequently and become closer by the day. Sutter, on the other hand, has his own problems to face before he can consider making their relationship work when they graduate from school and consider moving to a new place. ‘The Spectacular Now’ is an unexpectedly refreshing love story that inspires optimism and makes you realize the truth of real-life relationships. The film leaves you with a nice feeling and will make you fall in love with the two main characters, played by Miles Teller and Shailene Woodley, respectively.