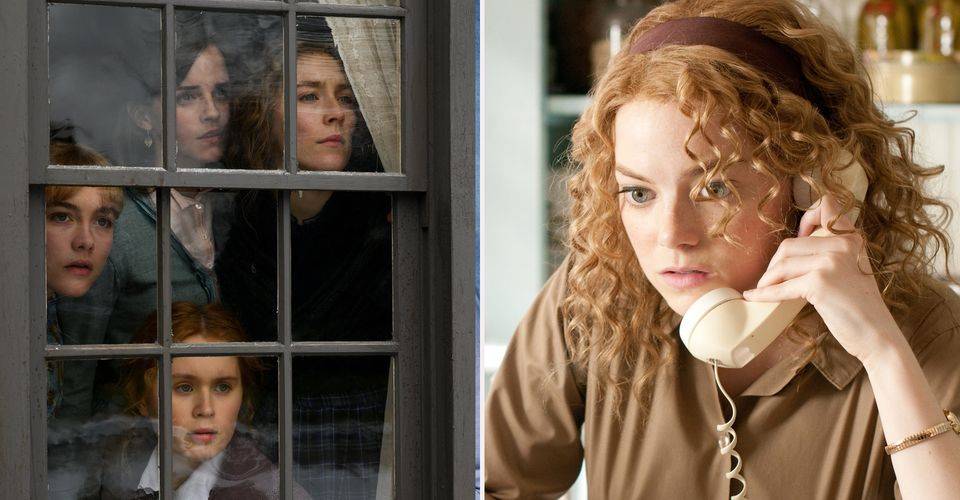 Little Women, by Louisa May Alcott, was first published in 1868, and it gave feminism, female strength, and sisterhood a whole new meaning. Little Women is a coming-of-age story about four sisters who grew up in a squalid New England home during the Civil War. It was viewed differently from female-oriented 19th-century literature. The novel caused a stir in the literary world, as well as afterwards in the entertainment sector. Greta Gerwig is responsible for the most recent adaptation (director and writer).
Greta has done an excellent job of adapting the March sisters’ story into a mainstream film. On December 25, 2019, Little Women will be released. This is a sensation in and of itself, just like Greta’s last picture, Lady Bird.

Little Women’s success has prompted calls for more films with a largely female ensemble cast. The film’s theme also made it appear to be a high-quality production, which helped Little Women receive nominations for major awards.

However, there are already a plethora of films in this genre to choose from, with many spanning from drama to humor. These films illustrate the themes that are prevalent in period films, as well as stories about female characters’ travels. To that purpose, the following entries have been added to the list. 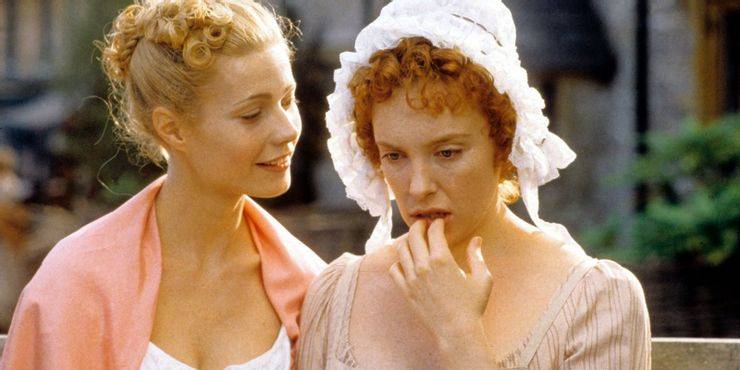 A attractive young woman, with an attitude well ahead of her time, intends to play matchmaker for another female who appears helpless in her love life. Along the process, the feisty Emma discovers she doesn’t know nearly as much about romance as she assumed.

Emma is a breath of fresh air because it delves nearly entirely into humorous terrain and has a lot of repeat potential because to the quantity of laughs. While it shares the themes of women being challenged with the other films on our list, Emma stands apart by putting a positive perspective on the situation.

Far From The Madding Crowd 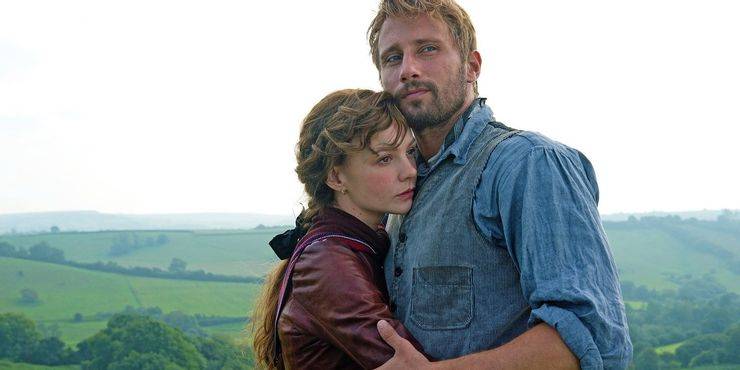 Three suitable suitors battle for the attention of a lovely young woman, and they all want her heart. However, she finds it difficult to adjust to the times because of her independent thinking, as she strives to follow her heart.

Far from the Madding Crowd takes a realistic approach to telling its story, focusing on the protagonist’s independence rather than the covert connections and tragedies that many period genre films do. It’s a fantastic film to see to remind yourself that even back then, women were making strides.

Hannah And Her Sisters 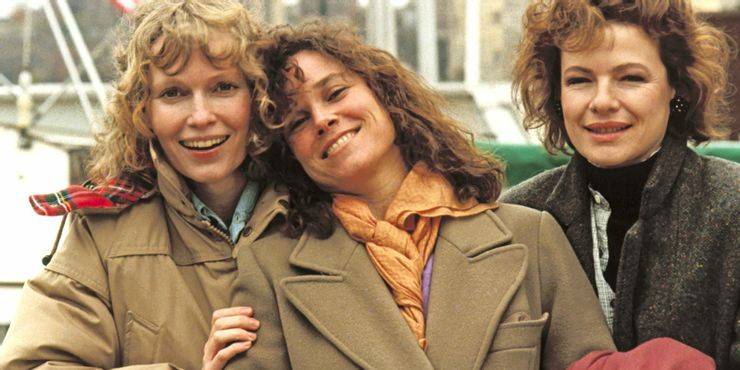 Woody Allen is one of the few filmmakers who has mastered the art of narrative. Naturally, the screenplay and story flow flawlessly from one part to the next. The sisters get together on a daily basis to discuss the newest antics in their personal life. Elliot (Michael Caine), Hannah’s husband, also has an unrequited love for Lee 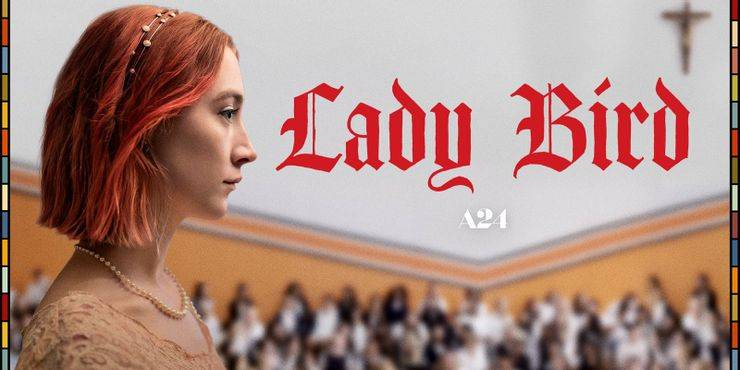 Let’s take a look at the similarities between Saoirse Ronan, Timothee Chalamet, and Greta Gerwig. Despite the fact that Lady Bird was filmed on a shoestring budget, it was favorably received by audiences.

Lady Bird is the coming-of-age narrative of Christine McPherson (Ronan), a young woman who has adopted the moniker ‘Lady Bird.’ Her mother has a rocky relationship with her, her best friend has recently left her life, her father respects her right to education, and she has an unpleasant meeting with a badly raised boy (Chalamet). But no matter how difficult the situation becomes, she will not give in. If you’ve been through high school drama and are dealing with post-adolescent concerns, Lady Bird is the book for you. 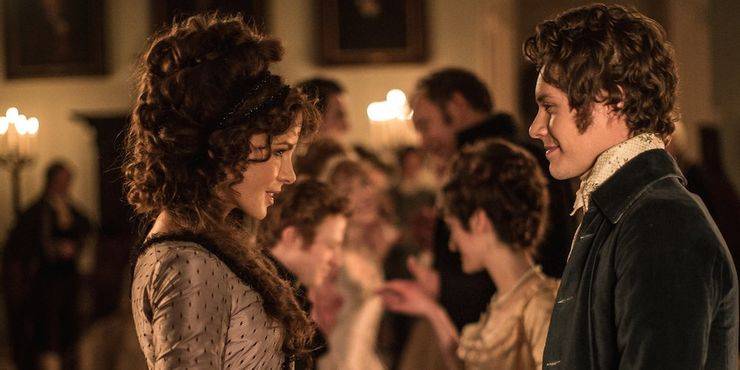 A recently bereaved mother calculates a plan to guarantee future marriages for herself and her daughter near the end of the eighteenth century. It takes a lot of forethought and talent to pull it off, but her tenacity knows no bounds.

Love & Friendship is an all-out comedy that makes fun of antiquated cliches, which is a departure from the typical of drama films set in the past. A fantastic cast enchants with their performances, and the stunning eighteenth-century backdrop is especially appealing. 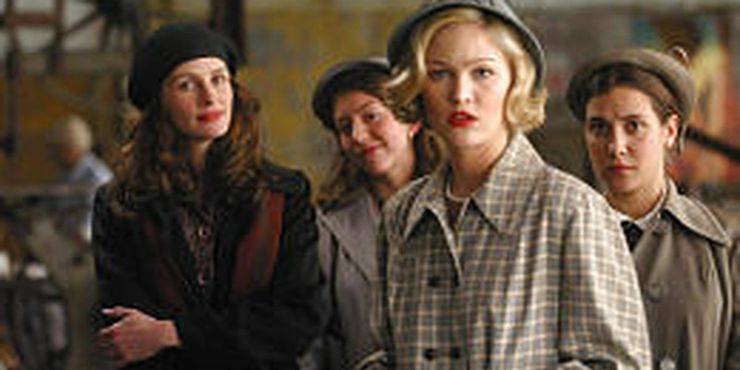 A woman who, despite cultural pressures, defies the marriage tradition, despite having reached the social expiry age. Meet Katherine Ann Watson, who plays Mona Lisa Smile’s leading lady. Katherine is an art professor at all-girls Wellesley College in the 1950s. She encourages her students to examine the past’s customs and traditions on a regular basis.

Non-conformity is a fundamental character trait that almost all of the movie characters in this collection share. Mona Lisa Smile, directed by Mike Newell, masterfully portrays Julia Roberts as Katherine, who is unbent, unbowed, and unbroken. Julia Stiles, Maggie Gyllenhaal, Ginnifer Goodwin, and, most crucially, Kirsten Dunst round out the supporting cast of her students, adding to the film’s greatness. 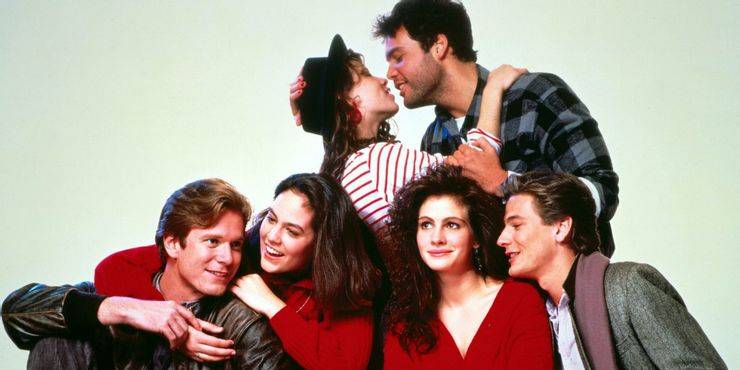 Mystic Pizza follows the story of three girls who work at the Mystic Pizza store as partners and friends. Daisy Araujo (Julia Roberts) is the protagonist of the pizza narrative, but it’s her younger sister Kat (Annabeth Gish) who steals the show. The two sisters live with an overbearing mother who just wants happiness for her daughters while also ensuring that they keep on course.

Mystic Pizza is a touching story about how love triumphs over all. You have to hand it to Julia Roberts for her brilliant portrayal of jealousy. She fills two buckets with fish and tosses them on her boyfriend’s Porsche! 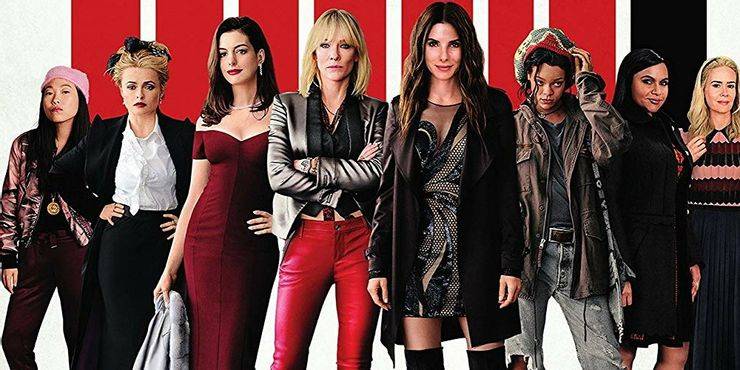 You know, women don’t always have to worry about finding good husbands. It’s also about heists and histrionics on occasion. Ocean’s 8 features an all-female cast. Danny’s sister, Debbie Ocean (Sandra Bullock), is freed from prison. She doesn’t waste any time in forming a gang of female criminals, all of whom are experts in their areas. The goal of the robbery is to take a necklace worth more than $150 million.
The Anne Hathaway twist near the end will delight you. Ocean’s 8 defied the ‘all-male hijinks’ trend and outperformed the previous Ocean’s films. 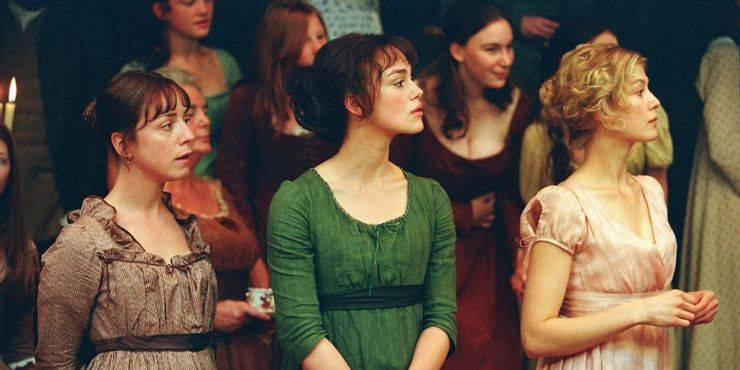 Pride and Prejudice, directed by Joe Wright, is based on Jane Austen’s novel of the same name. Elizabeth Bennet (Keira Knightley), the protagonist, is much ahead of her time. Lizzie’s mother is continually pressuring her to marry a wealthy man, fearing that her indifference will lead to the destitution of her four sisters.
When Mr. Darcy arrives in town, Elizabeth has a change of heart. But must she give up her goals to conform to a social standard that demands she be of noble birth? 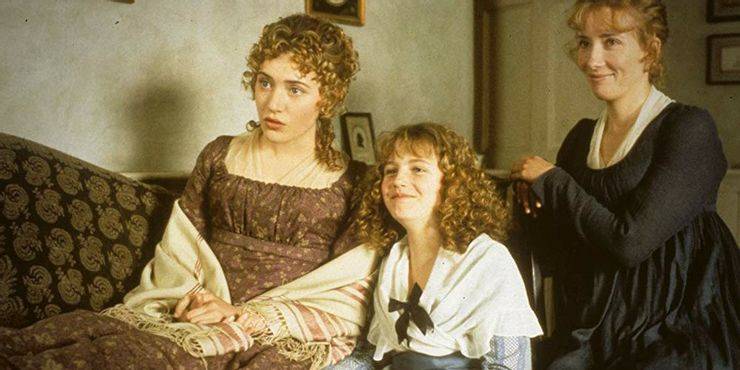 Sense and Sensibility stars Emma Thompson, Kate Winslet, Hugh Grant, and Alan Rickman and is based on Jane Austen’s novel of the same name. It’s the story of Marianne and Elinor Dashwood, two sisters who are radically opposed.

It’s a highly manneristic novel about two sisters from the nineteenth century who are caught up in everyday hardships. Mrs. Dashwood and her daughters are left in extreme poverty after their father, Mr. Dashwood, dies, much as they were in Little Women. What is it about destitute sisters and 19th-century period dramas? For the sake of the family, the elder Elinor must maintain her composure. Thompson and Winslet, as well as Hugh Grant’s Edward, provide excellent performances. 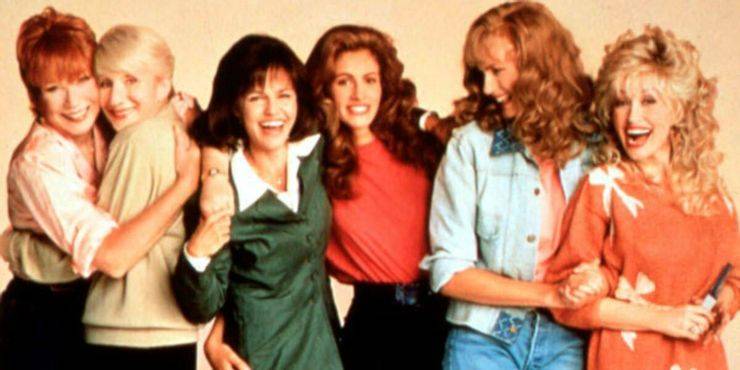 Steel Magnolias is included on the list because it is another classic about sisterhood. It’s a traditional love and friendship story with a powerful female ensemble of six, lead by Sally Field’s M’Lynn. Although Julia Roberts’ Shelby Eatenton, a recently married, diabetic pregnant woman, is the subject of the film, Sally Field’s performance steals the show.
M’Lynn is concerned about her daughter’s pregnancy, so she enlists the help of her close-knit support group. What’s not to like about Steel Magnolias? It’s got comedy, drama, and the miracle of life. 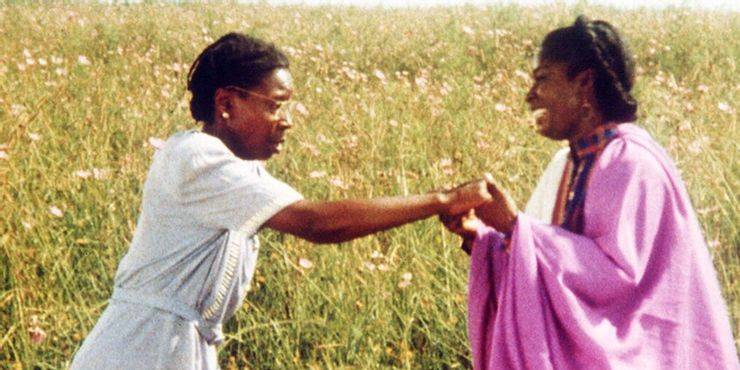 The Color Purple, directed by Steven Spielberg, is based on Alice Walker’s Pulitzer Prize-winning novel. It’s a terrible story of black women who have been subjected to servitude. The Color Purple revolves around Whoopi Goldberg. Cecile is a young girl who was first impregnated by her father and then sold into marriage. Albert, her husband, is a widower and an abusive man (Danny Glover). Danny’s residence, which contains his children from a previous marriage, is looked after by Cecile. Nettie, her sister, and she have a close relationship.

Cecile, by the end of her story, has broken free from her abusive husband’s household and is living her own life. The Color Purple is a triumphant story about overcoming adversity. Is it necessary to announce that this film has been nominated for eleven Academy Awards? 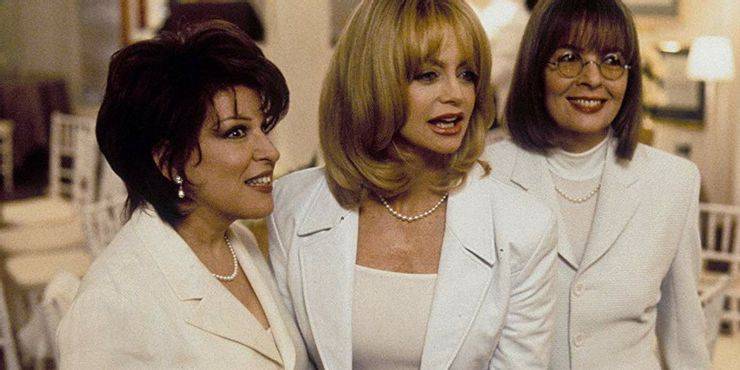 Three ladies are dumped by their husbands for newer twinkies in town in The First Wives Club. Brenda, Elise, and Annie are reunited after a classmate commits suicide. They want nothing more than revenge after being left high and dry in their middle years, so they team together to make their husbands’ life as difficult as possible. Who said coming-of-age was only for teenagers? With 103 minutes of delicious revenge humor and finding your own, who said coming-of-age was only for teenagers? 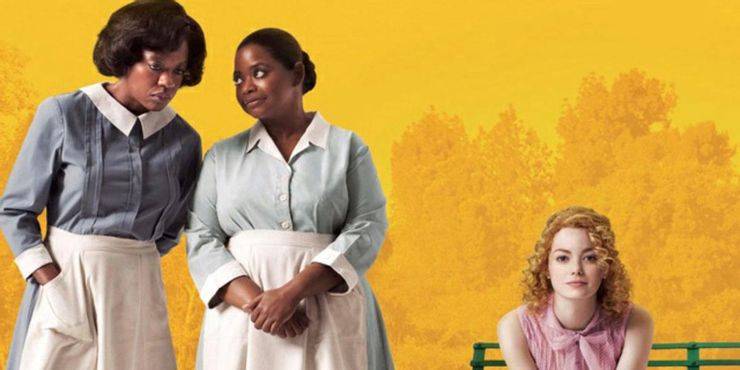 During the Civil Rights Movement, a writer assists two maids in exposing the bigotry that pervades the homes in which they work. This brave move has several implications that have a significant impact on each woman’s life, but it also opens the road for the future.

Although it is more recent than most of the films on this list, The Help is the strongest illustration of female unity in times of hardship. It’s also a true narrative that educates people about difficult times in the past, and it’s notable for its strong female characters. 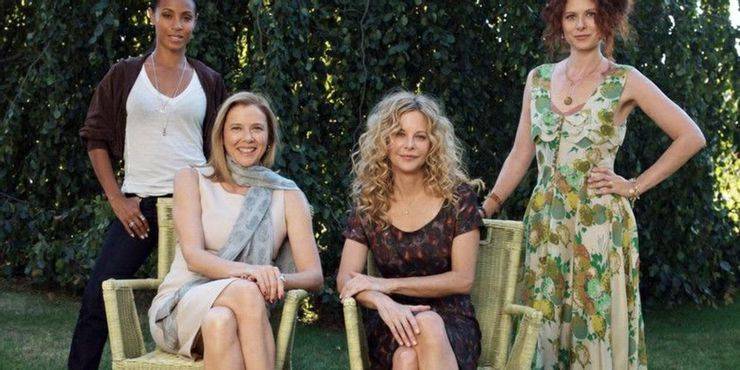 On the surface, a group of friends appear to have enviable, elegant lives that are difficult to improve, but when one of the women’s husbands cheats on her, the group realizes they all have defects in their lives.

The Women is a comedy-drama that focuses on self-reflection and sisterhood during times of distress, and it is unique in that no male characters appear onscreen. Although the jokes aren’t the finest, the meaning behind them is heartfelt.