‘Moonshot,’ directed by Christopher Winterbauer, is a sci-fi romantic comedy set in 2049 with humanity living on Mars. Sophie is a college student with a long-term boyfriend who is currently on Mars, and Walt is a college barista who is in love with a student named Ginny who is currently on Mars. Sophie joins the Student Mars Program to meet up with her boyfriend Calvin, but she discovers Walt as a stowaway on the spacecraft. They form a pact to keep Walt from being discovered and pretend to be in a relationship.

Their 35-day adventure into space is both touching and amusing. Both the nerdy and romantic sides of the audience will enjoy the space adventure and the developing feelings. If you like Cole Sprouse and Lana Condor’s space-themed sci-fi romp, we recommend these 7 films with similar themes. The majority of these films related to ‘Moonshot’ are available on Netflix, Hulu, or Amazon Prime. 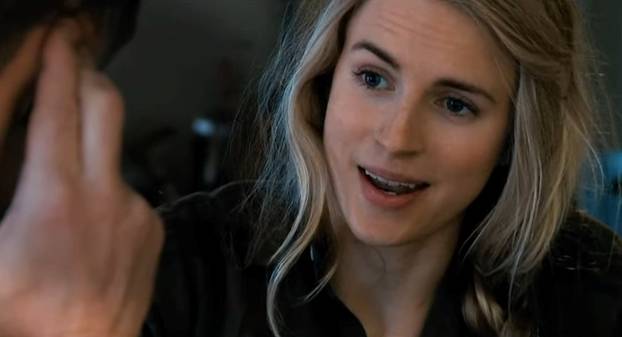 Rhoda Williams, 17, is driving home inebriated and staring out the window after hearing on the radio about an other Earth. She crashes into a car with a family of three while distracted and inebriated, killing the pregnant lady and her kid and leaving the woman’s husband, John Burroughs, in a coma. She visits John after serving her sentence, but instead of confessing, she pretends to be a maid.

While Rhonda competes in an essay competition to win a ticket to the second Earth, the two form a close romantic bond. ‘Another Earth’ has a lot in common with ‘Moonshot,’ such as a growing romantic relationship and a trip to another planet. Regardless of the circumstances, we are confident that you will love the 2011 film’s proud themes and imaginative features.

Space is an enthrallingly gorgeous realm, yet there are dangers lurking around every corner. When an irregular piece of space debris destroys their shuttle and crew, Dr. Ryan Stone and Lieutenant Matt Kowalski learn the hard way. To reach the International Space Station and return to Earth, the two must travel through the skies.

However, things quickly deteriorate in this already dire scenario, necessitating painful compromises. ‘Gravity,’ with two astronauts attempting to achieve their target while traveling through space, can be thought of as an action-thriller counterpart to the romantic ‘Moonshot.’ It’s a joy to see because of its fantastic storyline, excellent performers, and breathtaking graphics. ‘Passengers,’ starring Jennifer Lawrence and Chris Pratt, is a sci-fi romantic film set on a sleeper ship carrying nearly 5,000 people in slumber pods as it travels to the planet Homestead II. The ship’s automated system, however, wakes up mechanical engineer James Preston 90 years ahead of schedule after a collision. James revives Aurora Lane, a gorgeous writer and journalist, and tells her that she is awake due to a glitch because he is desperate for human interaction.

Aurora is first upset, but she gradually comes to grips with the fact that she will spend the rest of her life on the ship and bonds with James. However, she quickly discovers the true reason for her resurgence and is enraged at James. Is it any surprise that the film has topped the list because it is a romance story set during a space journey with a star-studded cast? 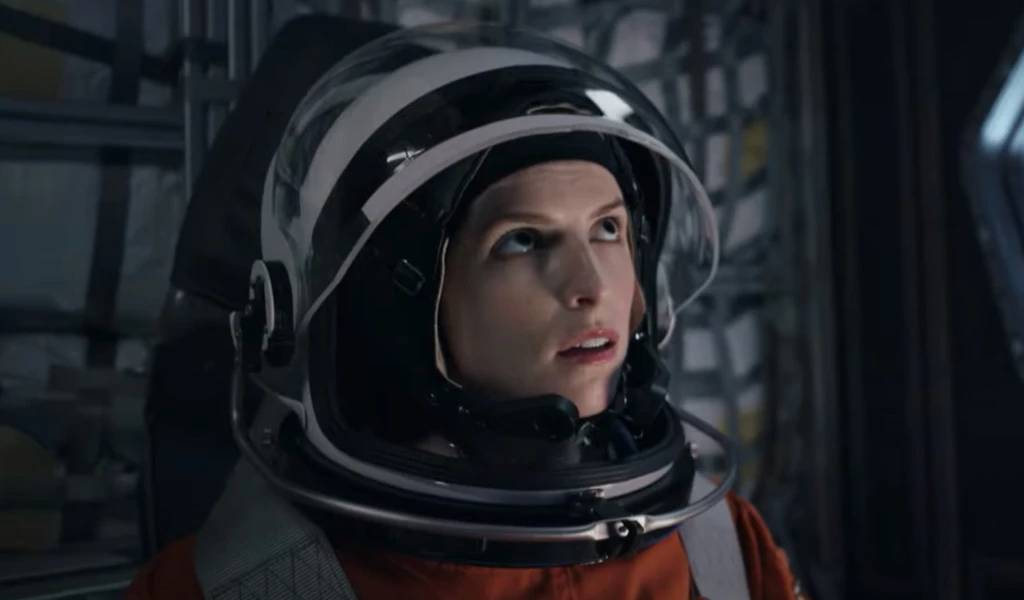 MTS-42’s three-person crew is hurtling through space on their way to Mars. They soon uncover an unwitting stowaway on their ship in the person of Michael Adams, who is unconscious. His discovery also results in the deactivation of a critical equipment that was vital to the crew’s survival. As the crew works to correct the issue, they come to terms with the fact that they may perish.

Despite the serious nature of the picture, ‘Stowaway’ is unquestionably one of the most similar films to ‘Moonshot’ in terms of overall theme. Both films, despite their differences in tone, build up an enthralling plot for their audiences with the backdrop of space travel, especially with the support of their ensemble cast. 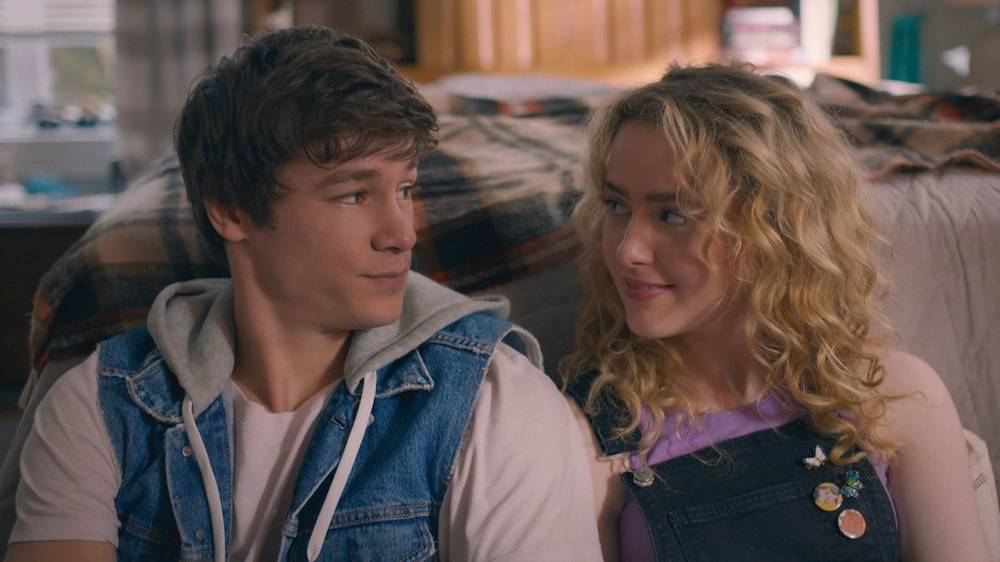 ‘The Map of Tiny Perfect Things’ is a sci-fi romantic comedy about two teens, Mark and Margaret, who keep reliving the same day over and over again. They spend their time together after learning about each other. Margaret does not want to be free of the cycle, while Mark seeks to find a means to break it. The film is included on this list because it has topics in common with ‘Moonshot.’ Both films feature two people bonding over similar experiences while on a fanciful adventure – one via space and the other through time. 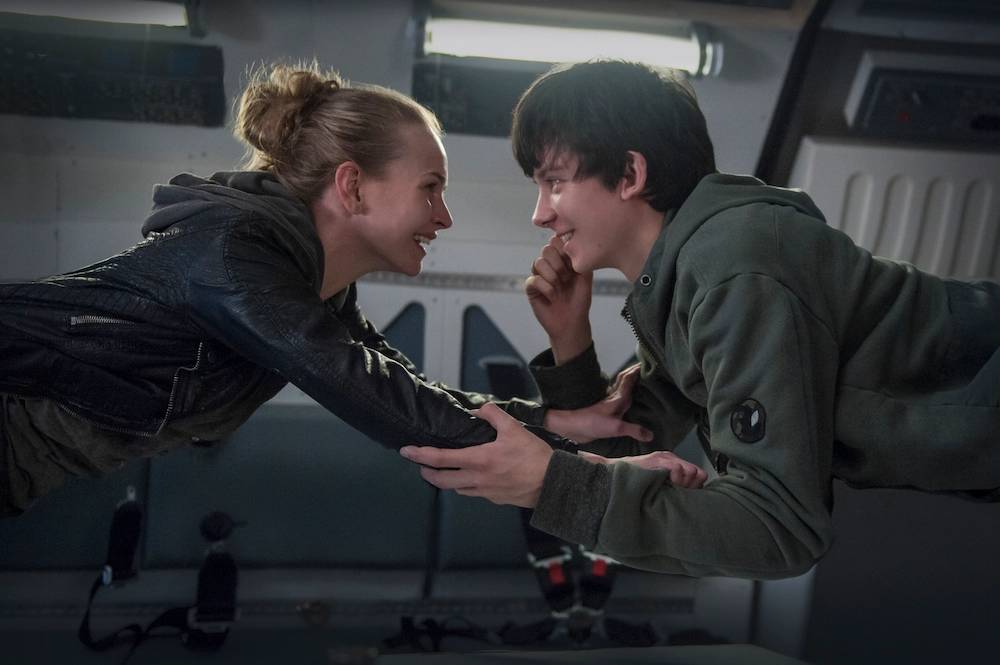 Gardner is raised on Mars when his astronaut mother gives birth and dies there during the first Mars colonization expedition. Gardner, as a sixteen-year-old, is eager to learn more about his father and, after searching through his mother’s stuff, devises a plan with the help of his Earth buddy Tulsa. Gardener’s health, on the other hand, deteriorates when he is unable to adjust to Earth’s climate. Gardner’s resolve to go between the two planets, as well as his bond with Tulsa, make ‘The Space Between Us’ a worthy addition to the list! It’s the 29th century, and the Earth has devolved into a massive heap of garbage. While humans live on enormous starliners, WALL-E is the last of the trash compacting robots on the Earth. EVE emerges from a probe that settles in front of WALL-E, searching for something. When EVE completes her mission and is placed on standby, the two begin to bond.

When the mothership returns to get EVE, WALL-E attaches himself to her. One of the most adorable films you will ever see is the animated sci-fi film. With its future locations, WALL-adventures E’s on the starliner, and general concept, it’s no surprise that the film made this list.

Where Was Moon Knight MiniSeries Filmed? | All Locations Of Moon knight Filming