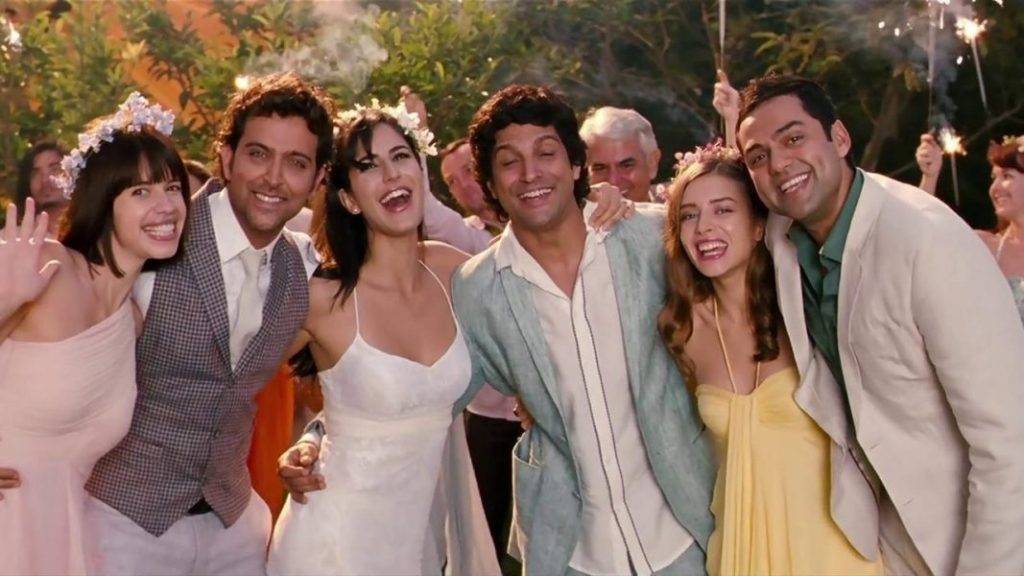 This 2011 film, which stars Hrithik Roshan, Abhay Deol, Farhan Akhtar, Katrina Kaif, and Kalki Koechlin, is about three friends who decide to embark on a fantasy bachelor vacation to Spain after one of them gets engaged. The film tackles the ideals of unbreakable friendship and enjoying life to the fullest, based on the title. This genre was given a new lease on life by ZNMD.

What makes this film so admirable is not the star-studded ensemble, but rather how the performers turned their celebrity into acting prowess in order to deliver a memorable performance. The film, directed by Zoya Akhtar, is built on a clever screenplay written by Akhtar and Reema Kagti, which molds the simple plot with memorable dialogues, comic timing, and, of course, Farhan Akhtar.

Scenes like deep-sea diving in Costa Brava, skydiving in Sevilla, the San Fermin Bull Run in Pamplona, and the Tomatina festival in Bunyol use poetic imagery to represent life’s joys. Many people have joked about the idea that in order to have. Without further ado, here’s a list of 12 movies that are similar to Zindagi Na Milegi Dobara. 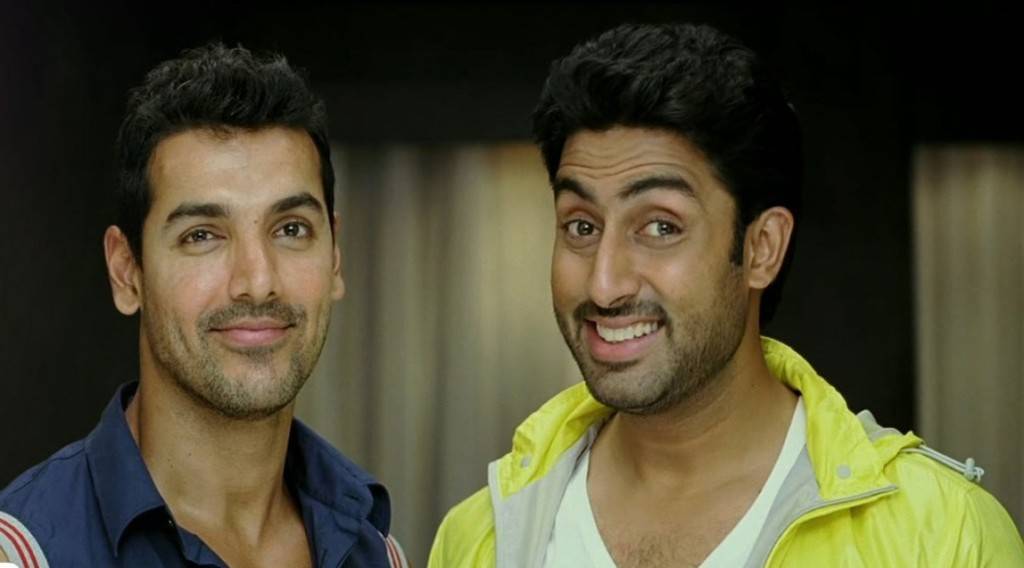 Dostana is a romantic comedy about two males, Sam and Kunal, who pretend to be gay in order to share an apartment with a lady named Neha. Everything seemed to be going well until they both fall in love with her. ‘Dostana,’ directed by Tarun Mansukhani, chronicles their opulent lifestyle in Miami, as well as the hilarious performances of John Abraham as Kunal and Abhishek Bachchan as Sam, who appear to have brought their A-game to depict the homosexual pair. While the plot of the picture tends to stalemate with the passage of time, the side-splitting trio keeps the audience’s sanity with hilarity. 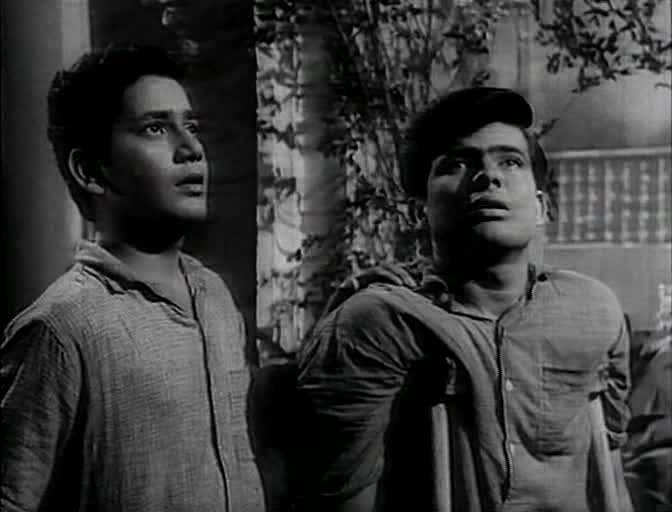 ‘Dosti,’ the first film on this list, tells the story of a deep bond between a lonely studious blind child and a crippled street musician. The film portrays Sudhir Kumar Sawant and Sushil Kumar Somaya – whose real identities are unknown – as portraits of director Satyen Bose’s artistic notions for “dosit” or “friendship.” The film’s sympathetic composition of love, friendship, and solidarity struck a chord with spectators and critics alike, with exquisite music created by Laxmikant Pyarelal and lyrics written by Majrooh Sultanpuri. 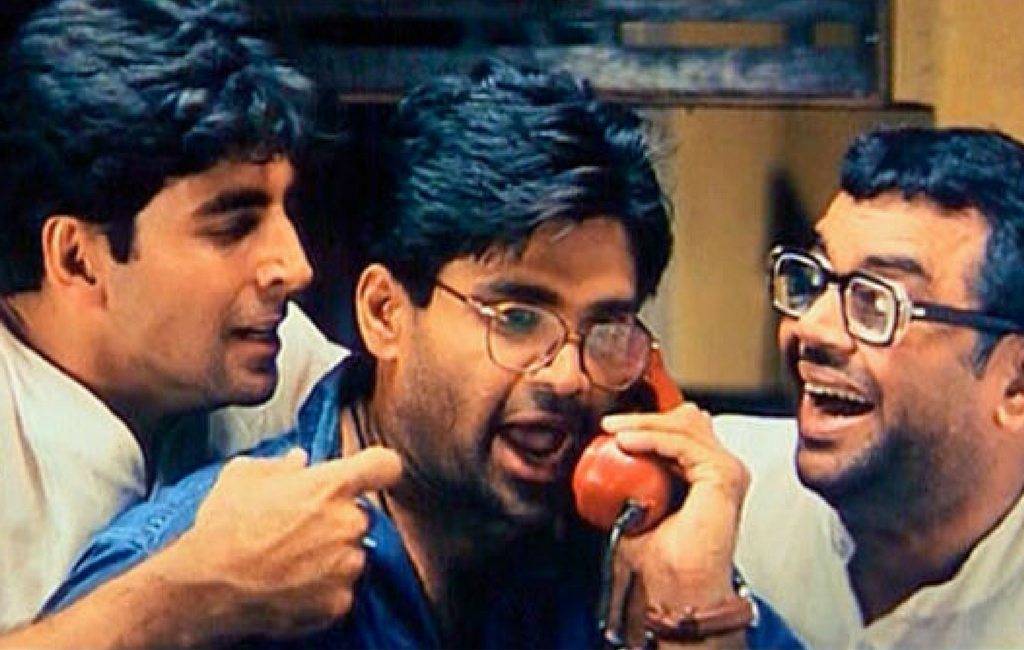 ‘Heri Pheri,’ a film beloved by millions, tells the story of three unemployed guys who receive a call from a kidnapper and discover the solution to all of their financial worries. However, with misplaced identities and internal conflict, things do not go as planned. The film, directed by Priyadarshan, immortalized the trio of Akshay Kumar, Sunil Shetty, and Paresh Rawal, who play the three men who produce rib-tickling humour, respectively. ‘Heri Pheri’ was firmly built on the shoulders of the debt-ridden alcoholic Baburao Ganpatrao Apte, the naive Shyam, and the deceitful yet charming Raju in a film with famous phrases and situations. ‘Hera Pheri’ is definitely a film for friends, with three men bickering over the minor concerns and uniting over assisting a young girl.

‘Jaane Tu… Ya Jaane Na’ has gone on to become one of the best coming-of-age dramas in recent years, thanks to a simple plot and some alluringly youthful performances by the cast. This 2008 film, directed by Abbas Tyrewala, tells the story of Jai Singh Rathore and Aditi Mahant, popularly known as “Rats” and “Meow,” played by Imran Khan and Genelia D’Souza, who are unknowingly in love with each other, according to their adoring friends. The film then follows them as they come to terms with their feelings for each other. The film is a magnificent story of friendship and cooperation that, according to the group, will never stop. 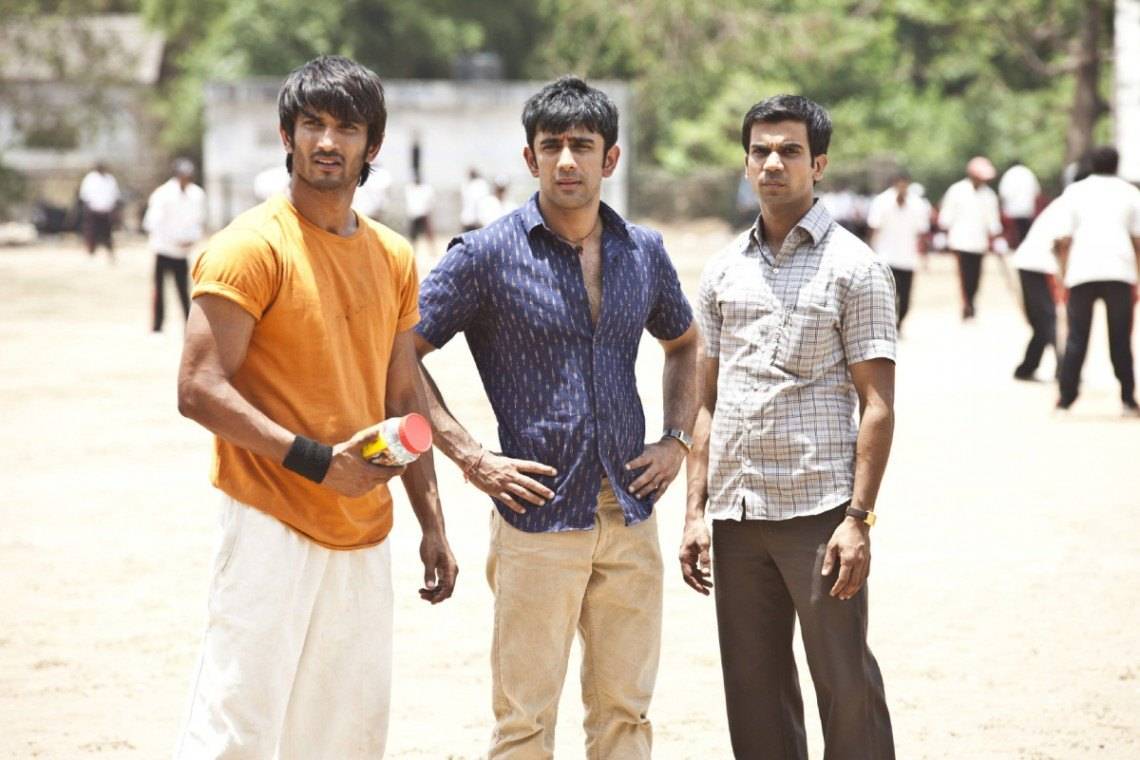 Adapted from Chetan Bhagat’s 2008 novel ‘The 3 Mistakes of My Life,’ ‘Kai Po Che’ is set in Ahmedabad and follows three friends, Ishaan (Sushant Singh Rajput), Omi (Amit Sadh), and Govind (Rajkummar Rao), who aspire to open their own sports business and academy. The film follows their close friendship and innocence as it is marred by religious politics and communal animosity in the aftermath of the 2001 Gujarat earthquake and the Godhra train burning. Abhishek Kapoor, who directed the film, “takes Kai Po Che! as an apt metaphor and constructs a charming, heartfelt picture on abiding friendship and the qualities that make life worth living,” according to Shubhra Gupta of Indian Express. ‘Kai Po Che’ is a resounding tale of friendship and continuous companionship, with a sound background score by Hitesh Sonik and Amit Trivedi and visual cinematography by Anay Goswamy portraying the Gujrat countryside. 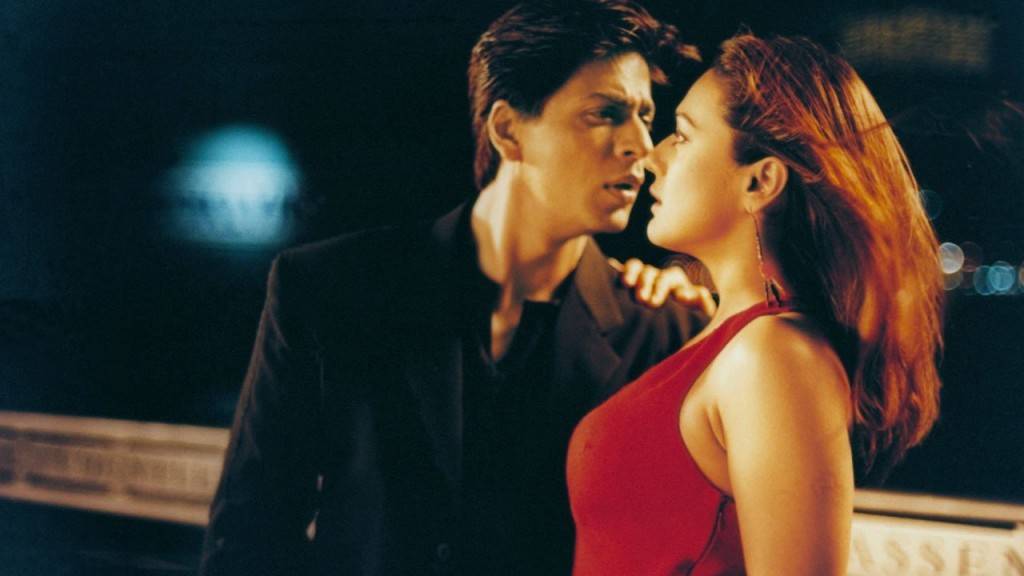