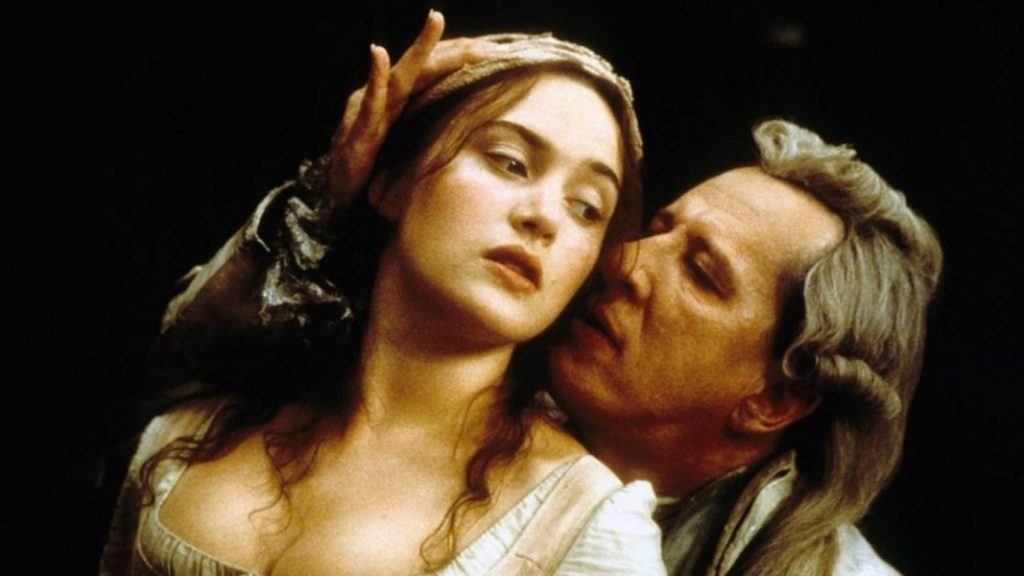 When it comes to quick thinking, the seventeenth letter of the English alphabet – Q – is one of the most feared alphabets, because many believe there aren’t many words that begin with it! But that is not the case for filmmakers all over the world who seek inspiration from the letter Q. There have been a number of global films with the letter Q in their title, and strangely, most of them have done well at the box office. So, here’s a list of fifteen must-see films that begin with the letter Q in the English alphabet. 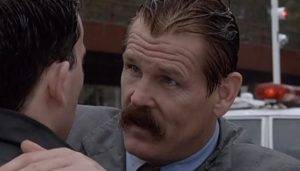 Based on a book by an American judge, the crime thriller starred Nick Nolte as an experienced top cop who threatens his witnesses in an attempt to wash his hands of a gang-related crime, which only gets worse by the day. When a deputy district attorney is appointed to investigate the officer’s case, he goes all hard to charge him, despite pressure from the gang leader’s boss, whose wife is his old lover. The film, which juggled too many perspectives in one, did well at the box office, with Nolte’s performance standing out. 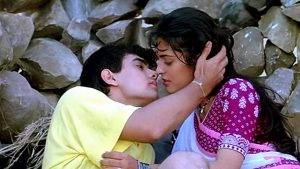 The Bollywood film, largely based on William Shakespeare’s epic tragic romance “Romeo & Juliet” recast in current times and starring Aamir Khan and Juhi Chawla, was a blockbuster hit. The film presented the story of Raj and Rashmi, two children from opposing households who meet by chance, fall in love by chance, and die in each other’s arms as fate would have it. The film was a box office smash, and it solidified both Aamir’s and Juhi’s careers in Hindi cinema. 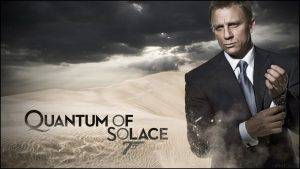 When the suave James Bond’s delivery of Mr. White to the HQ goes astray after the events of ‘Casino Royale,’ he is sent all the way to Haiti to find the guy who began it all — eco-terrorist Dominic Greene. ‘Quantum Of Solace,’ which was Daniel Craig’s second appearance as the MI 6 agent, was more of a revenge narrative that tied up a few loose ends from the previous chapter, and coupled with some good action choreography and an interesting enough story, became one of the year’s highest grossers. 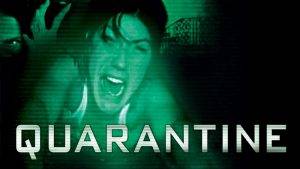 The horror film, which received a Saturn Award nomination, starred Jennifer Carpenter, Steve Harris, and Jay Hernandez and was a remake of the Spanish film REC. When a news reporter and cameraman investigate weird noises while on assignment, they discover that there is an uncommon viral epidemic in the area, and that it has spread inside one of the buildings, harming numerous people who have been quarantined within. The horror film received mixed reviews, but fans of the genre praised it for the manner it handled the subject and its excitement factor. 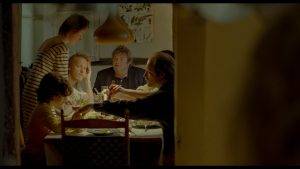 The Dutch film with a narrative arc, which was chosen to be sent to the Oscars in the foreign language film category this year (unfortunately, it didn’t make it anywhere! ), was a collection of five different stories, each interwoven with an unusual turn of events. While the five starring guys, who were all depressed for their own reasons, grappled with their grief, the events that occurred caused the audience to burst out laughing. The engaging video was innovative and accurately reflected current events. 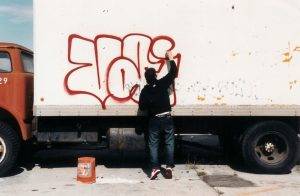 The low-budget independent film, also known as ‘Against The Wall’ in most areas of the world, received enough attention at the Berlin Film Festival to have a limited theatrical release, despite the fact that it wasn’t intended to. It told the story of two young San Francisco pals who are expert graffiti artists. When they fall in trouble with the authorities, their friendship and their street art are jeopardized; nevertheless, when they return to the scene on different routes, their friendship and their street art are jeopardized. The film’s heart was in the right place, and it succeeded to woo the audience, albeit in small numbers! 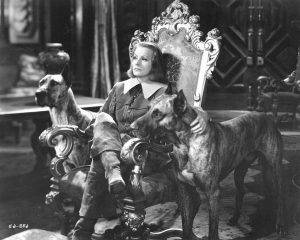 The biographical drama from the early Hollywood era was based on the life of the queen of Sweden – Christina – who at the age of six ascended the throne, after her father died in battle. The film starring one of yesteryear’s greatest actresses, Greta Garbo, was a greatly successful movie, which narrated the tale of the devoted queen, who dutifully ruled her kingdom until she lost her heart to a Spanish diplomat, while she is once snowbound with him at an inn. The movie was hailed at the box office for its content-driven performances back then. 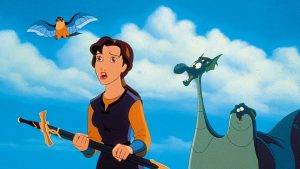 When one of King Arthur’s Round Table knights is assassinated because a jealous knight plots to usurp the kingdom, the dead knight’s daughter swears vengeance. Years later, when Camelot is in peril and the renowned Excalibur is stolen, the knight’s daughter risks everything to find the sword, unraveling riddle after mystery as she approaches her goal of becoming a genuine knight. The Warner Bros. musical animated feature film, which included the voices of Gary Oldman, Pierce Brosnan, and Jane Seymour, was a modest box office success, but it did appeal to a younger audience. 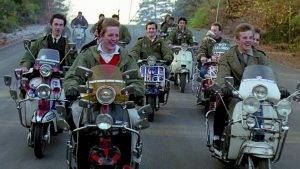 Set in the 1960s, a young London guy who despises both his parents and his mundane profession turns to Mod society, adopting all of its showy characteristics and blending in with his contemporaries. His gang conflicts with their competitors during a weekend vacation, forcing him to return to his prior monotonous life, while he remains disillusioned by the flamboyant gang leader. The cult British film was praised for its riveting material, which had a hint of realism to it. 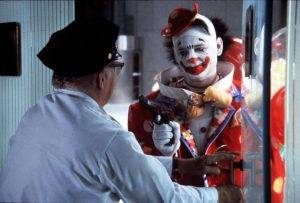 Bill Murray produced, co-directed, and starred in the crime comedy film, which was a critical hit but received mixed reviews from audiences. The film told the story of a man who robbed a bank with the help of his buddies, who were also his collaborators, and was attempting to exit the country via the airport when things went awry for the three of them. The trio races against time to avoid encounters with a scam artist, the police, the fire service, and later a foreign cabbie. 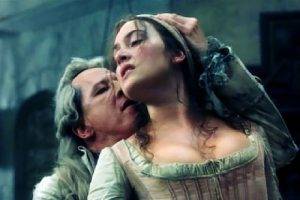 ‘Quills,’ directed by acclaimed filmmaker Philip Kaufman and starring a long list of well-known actors, was a semi-biographical period drama that told the story of famous French author Marquis de Sade, who spent most of his life in various lunatic asylums, where he wrote books devoid of moral values and based on sexual fantasies, with violence, blasphemy, crime, and eroticism remaining integral parts. The film, which stars Kate Winslet, Geoffrey Rush, Joaquin Phoenix, and Michael Caine, has received critical acclaim for its unapologetic performances and violent violence, earning a R rating from the MPAA. 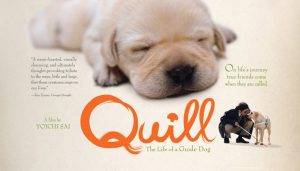 The Japanese film ‘Hachi,’ which was released five years before ‘Hachi,’ was one of the most successful films with a dog at its center. The touching film followed Quill, a Labrador named for a strange-looking bird on one of its sides. Quill’s path from being an adorable puppy in a litter of five to being a guide dog for a blind journalist was documented in the film, which had its fair share of setbacks in becoming what it was trained for, as well as its attempts to bond with the new owner. The film was a poignant tale of a dog that we had fallen in love with before Hachiko arrived on the scene, and it was a financial hit around the world! 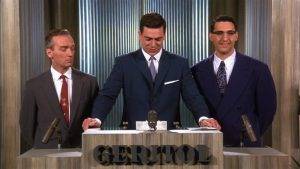 The Robert Redford-directed film, which starred Ralph Fiennes, John Turturro, Hank Azaria, and Rob Morrow and was nominated for seven Golden Globes and an Oscar, was based on one of the most sensationalized television business scandals of the late 1950s. The film was based on the true story of Charles Van Doren, who came to fame following his winning streak on the popular TV game show “Twenty One” and then fell from grace after the show was rigged by the creators themselves. Despite the fact that the film did not attract a large audience, it was undoubtedly a critical success. 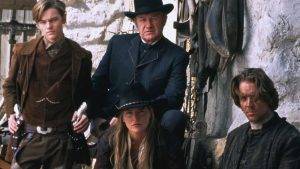 Director Sam Raimi enlisted Gene Hackman, Sharon Stone, Russell Crowe, and Leonardo DiCaprio to star in the same genre as Sergio Leone’s spaghetti western “Dollars Trilogy,” where he reversed the tables and made Stone the gun-toting leading lady. Raimi’s film followed The Lady, who, in order to avenge her father’s death, travels to a town ruled by the primary antagonist Herod. The film earned mostly positive reviews from critics all over the world. 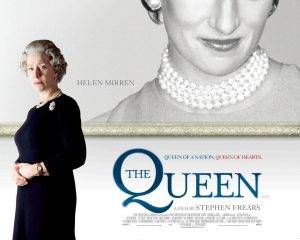 The British drama film was a fictitious take on the post-death events of Princess of Wales, Lady Diana, and received several award nominations at international ceremonies. Following Tony Blair’s election in August 1997, both the government and the Royal Family are in a squabble over the Spencers’ request to hold the Princess’ funeral in private. Helen Mirren won an Oscar for her portrayal of Queen Elizabeth II, as well as eleven other international prizes, for a once-in-a-lifetime performance!