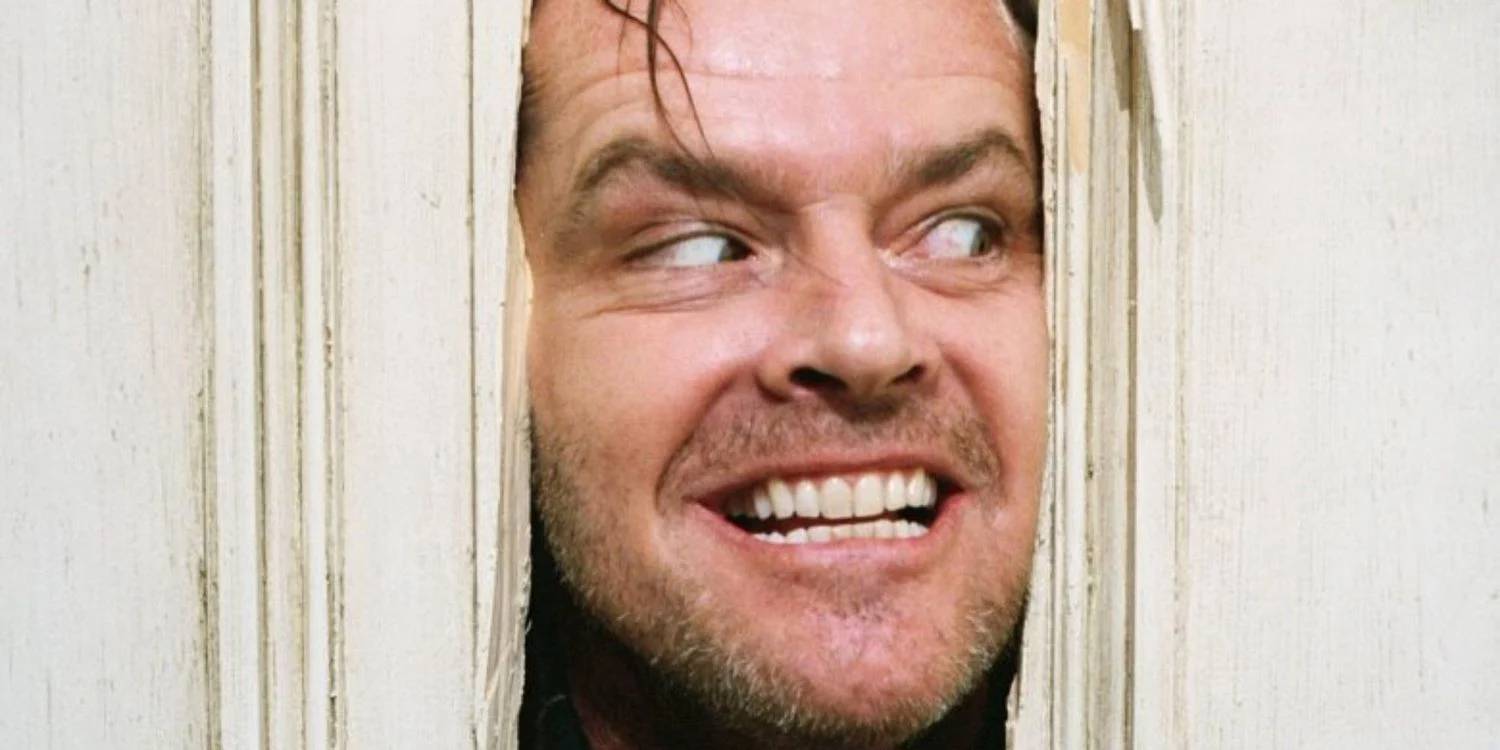 The Breakfast Club’s Claire Standish, Frankenstein’s Monster in Frankenstein, Jack Torrance in The Shining, and Frankenstein’s Monster in Frankenstein
The Academy Awards will never satisfy everyone. Every year, a large number of excellent films are released, yet only a small percentage of them win nominations and awards. There will undoubtedly be some contentious omissions (and 2022 certainly had a few).
Some omissions, on the other hand, are more forgivable than others. Several times, the Academy has refused to award or even nominate films that have gone on to become unanimously considered as classics. Many Oscar snubs, from Disney to Stanley Kubrick and Charlie Chaplin, are genuinely astonishing and must never be forgotten. 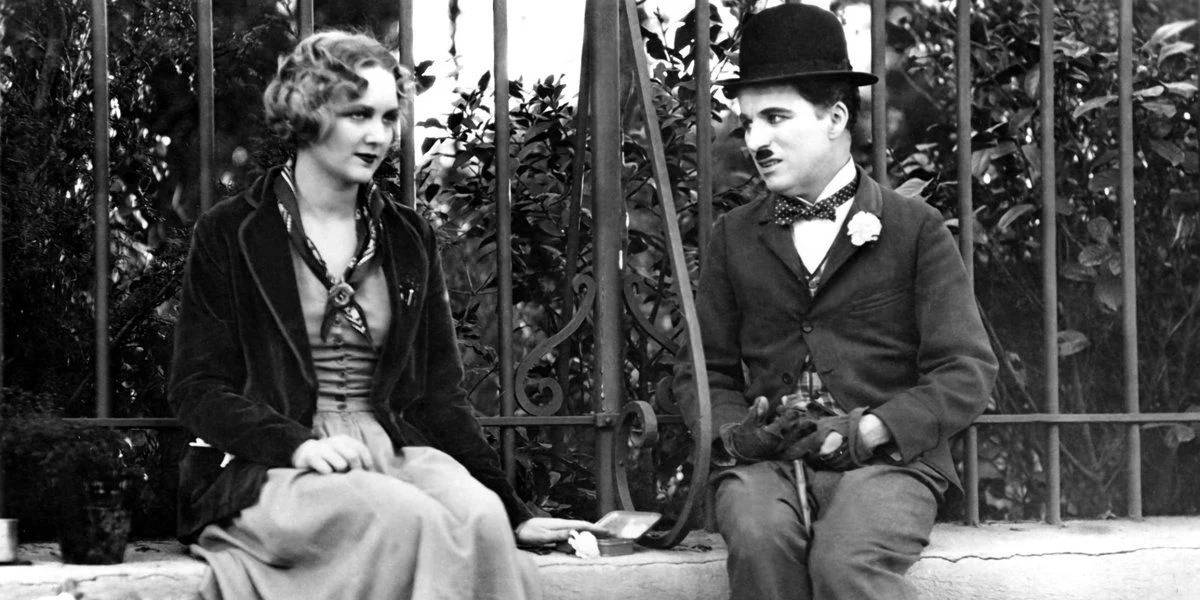 Tramp, played by Charlie Chaplin, falls in love with a blind flower saleswoman in City Lights (Virginia Cherrill). He tries his hardest to win her love and raise the funds needed to help her, but he encounters various setbacks along the road. It’s all worth it in the end, as the film concludes with one of cinema’s most moving sequences.

Chaplin provides us a non-talking picture that rises even higher at a period when talking pictures were on the increase. His acting, writing, directing, and musical abilities all come together to create a masterpiece that can make any audience laugh and cry. He also demonstrates that a film doesn’t need words to tell a compelling story that appeals to all audiences. It’s perplexing that Chaplin and the film received no Oscar nominations, but it doesn’t change the fact that City Lights shines brightly. 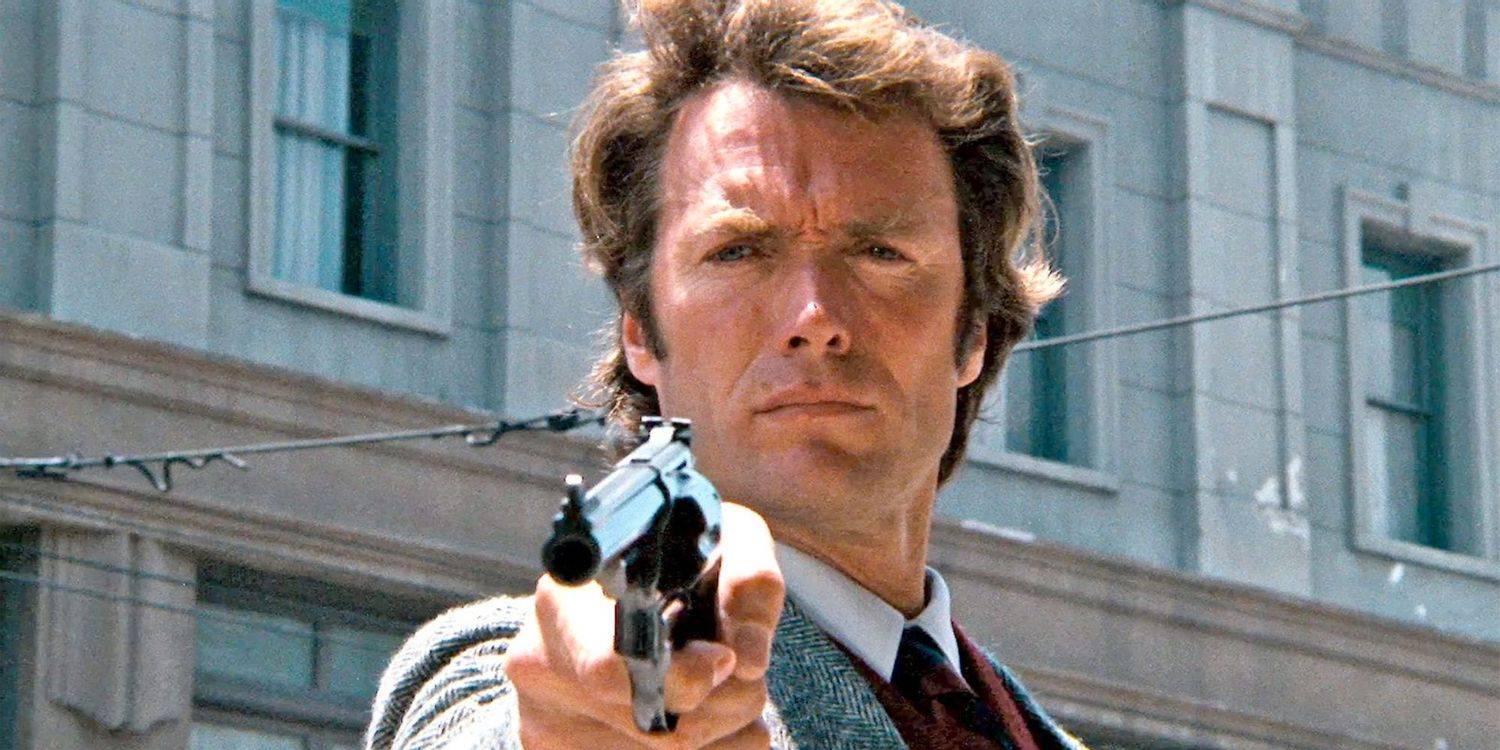 Clint Eastwood solidified his reputation as the hardest guy on screen with this gritty classic that created a franchise. Eastwood portrays “Dirty” Harry Callahan, a cop on a mission to apprehend an awful serial killer terrorizing San Francisco. Harry, as his nickname suggests, isn’t afraid to get filthy and won’t let anything, including the rule book, stop him from bringing bad guys down.

Dirty Harry is an engrossing film with all of the elements that the Academy Awards favor: a captivating lead character, thrilling action, and a thought-provoking tale. However, it received no nominations, most likely due to The French Connection. It was a gritty crime thriller about a rule-breaking cop that was released a few months before Dirty Harry. It also helps since The French Connection is less graphic than Dirty Harry, making it more appealing to viewers and voters. Whatever the reason, The French Connection took home the Oscars, whereas Dirty Harry didn’t fare so well. 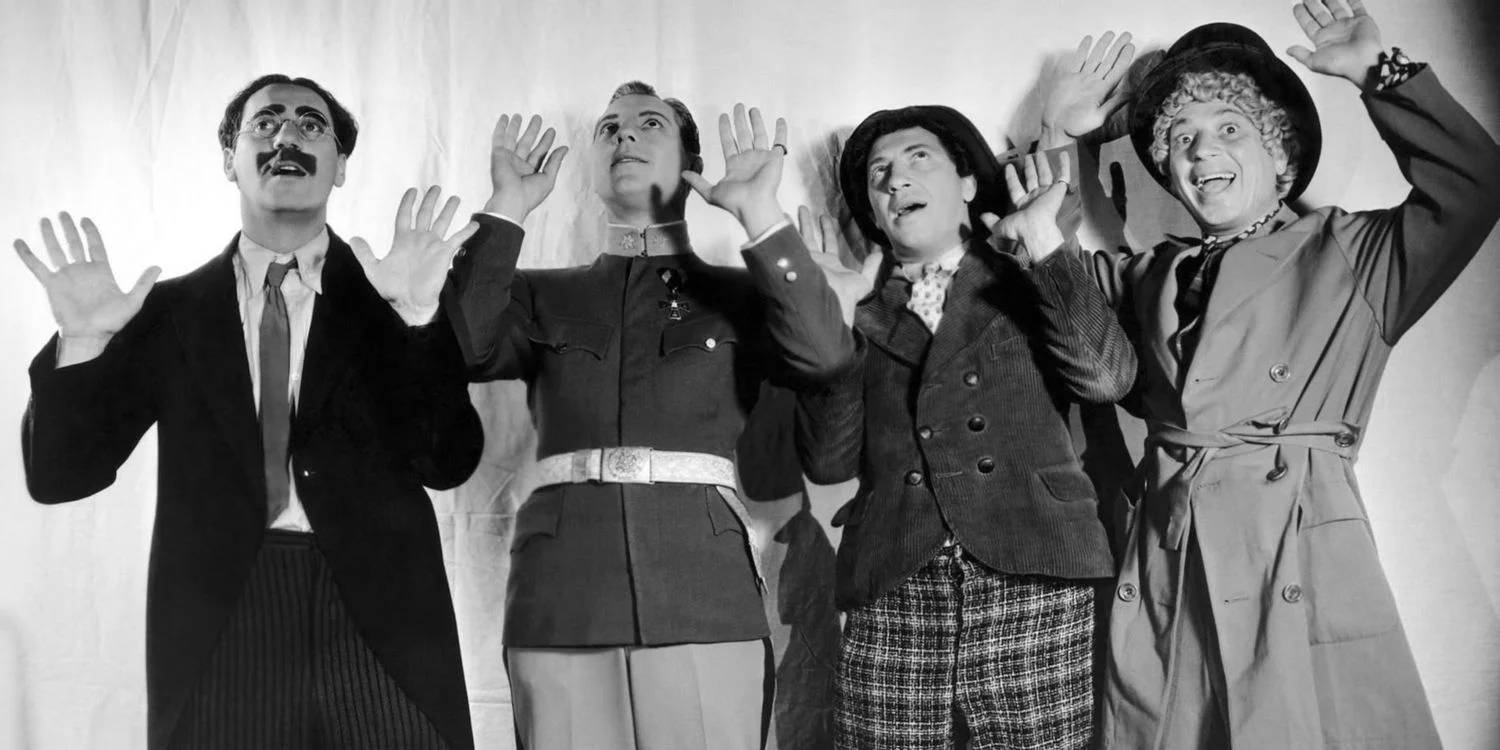 It’s widely regarded as the best Marx Brothers film, and it surely has the most appealing title. The incredible quartet takes part in a political satire set in the fictional country of Freedonia. Groucho Marx plays an unfit leader, Zeppo plays his secretary (this was also Zeppo’s final film with them), and Chico and Harpo portray two clumsy spies sent by a rival country.

The picture not only delivers laughter, but also a truly outstanding degree of technical quality: the screenplay is an innovative hailstorm of humor, the settings are grandiose, and the sequences are exceptionally well-executed (particularly the raucous musical number and iconic mirror sequence). Perhaps the picture would have earned more praise from critics and Oscar nominations if it had been more conventional and less politically challenging. The Marxes, on the other hand, would finally get their due from the Academy. Groucho received an honorary Academy Award in 1974. 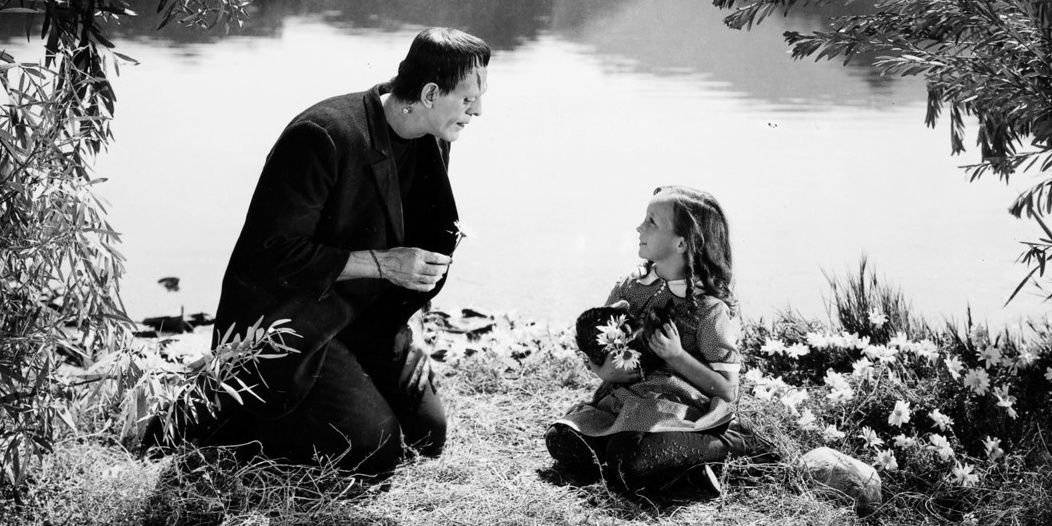 This picture is credited with putting Mary Shelley’s Frankenstein into the public consciousness. It also gave birth to generations of Halloween costumes, yet it hasn’t received a single negative review in 91 years! Boris Karloff plays Dr. Frankenstein’s Monster, which is brought to life by Boris Karloff (Colin Clive). The Monster tries to make sense of a world that doesn’t want him and doesn’t understand him.

It wasn’t any better in the actual world. Frankenstein was not only prohibited and banned in numerous locations, but it was also ignored by the Academy. Despite being deserving on many levels, it garnered 0 nominations. Clive Owen’s intense and impassioned portrayal as Dr. Frankenstein, and Boris Karloff’s excellent blend of horror and humanity as the non-speaking Monster, both offer great performances. The novel is fascinating and intellectual, and it develops a lot of the ingenious Frankenstein mythology that still exists today. The film would also have been a shoe-in for Best Makeup if the category hadn’t been formed until 1981. 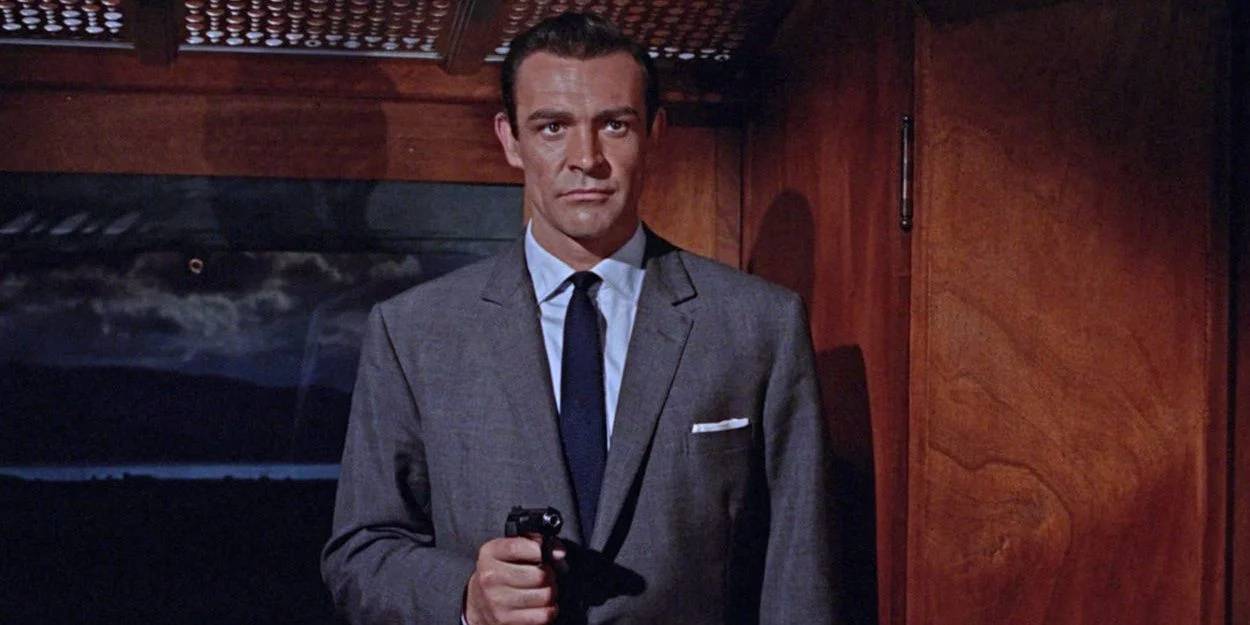 With the help of Soviet operative Tatiana Romanova, From Russia with Love sends James Bond (Sean Connery) on a mission to recover a decoding machine (Daniela Bianchi). It comes out that the villainous organization SPECTRE is using them both as pawns in order to kill them both and keep the machine for themselves. This picture mixes Ian Fleming’s Bond’s seriousness and intensity with just enough action and humor to please moviegoers, resulting in one of the best Bond films of all time.

It was a SPECTRE-like atrocity for this film to be completely overlooked at the Oscars. So much of it was Oscar-worthy: Peter Hunt’s innovatively energetic editing, the stunning title song and score, Ted Moore’s powerful photography, and so on. These unsung heroes helped to make From Russia with Love (and the Bond franchise in general) such a unique and thrilling experience. The film’s cinematography and title song were both nominated for BAFTAs and Golden Globes, which is a nice consolation. 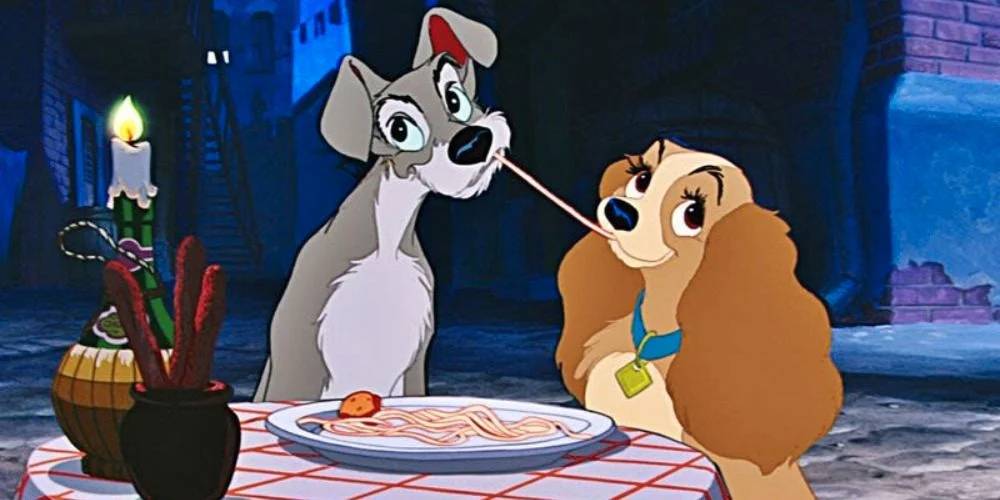 Lady and the Tramp is best known for its spaghetti sequence and the immensely problematic “We Are Siamese” song, but the film is otherwise fantastic. The story follows two very different dogs, the sophisticated Lady and the scruffy Tramp, as they fall in love and embark on great city adventures. It has warmed hearts for more than 60 years and was even remade in 2019.

Despite the fact that Disney was an established Oscar magnet by the time this film was released, Lady and the Tramp received no nominations. Not for its superb score or any of its memorable songs, however (like the bellissimo “Bella Notte”). One would assume the picture deserved at least an honorary Oscar for technical achievement: it was the first animated feature film to be released in widescreen, perhaps altering the game for animated films forever. A dog’s day doesn’t always go as planned. 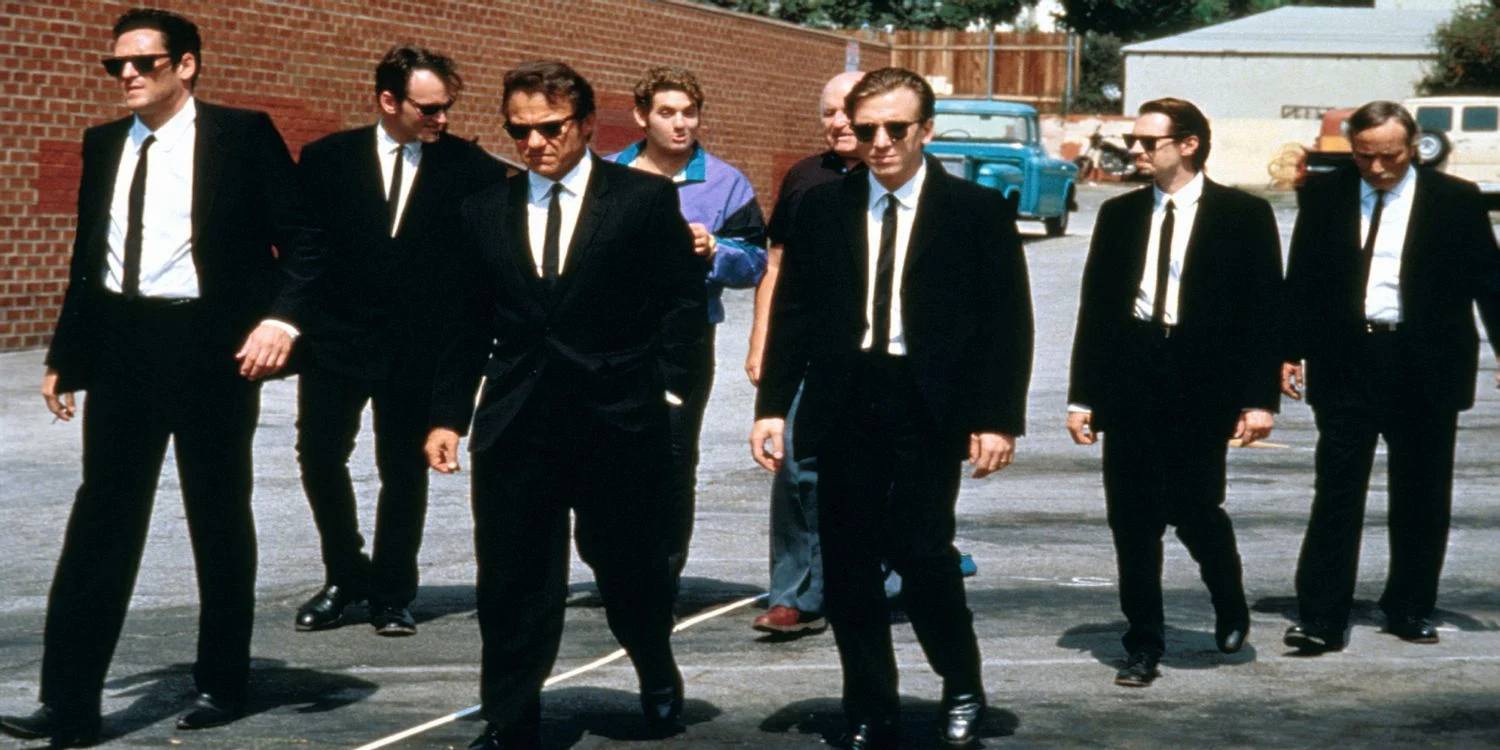 Every film student’s dream is to make a masterpiece film on their first try. With Reservoir Dogs, Quentin Tarantino accomplishes this. It follows a group of colorful criminals formed by crime lord Joe Cabot (Lawrence Tierney) in preparation for a diamond robbery. One of the colleagues is a police informant, and the rest of the film is a rollercoaster of surprises, violence, and witty dialogue.

While the picture lacks polish, it does have a level of script and execution that could’ve and should’ve earned it a nomination or two. The most plausible explanation is because bigger players out-marketed this low-budget independent film. Nonetheless, it’s a snub that gets worse every year, and Reservoir Dogs climbs higher in the pantheon of outstanding contemporary cinema. It’s iconic; a bunch of men in suits and sunglasses walking down the street today can’t help but be reminded of the “Little Green Bag” song. 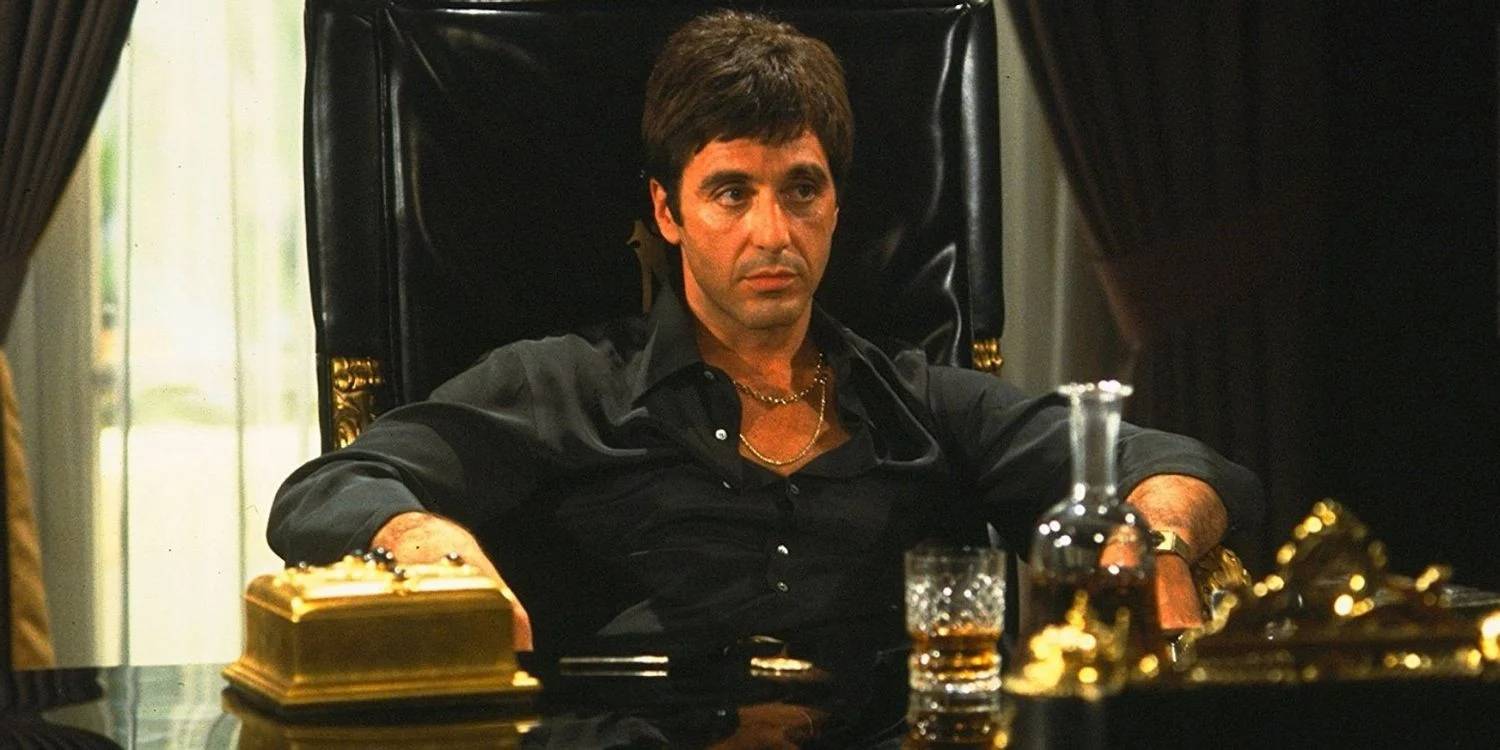 “The world is yours” – four words that capture Tony Montana’s great ambition and avarice (Al Pacino). Montana’s journey from immigrant to wealthy and powerful drug king is chronicled in this video. Montana’s riches rises, but so do his problems, and it’s not long before his world falls apart.

You’d think that a picture with Oliver Stone’s script, Brian De Palma’s direction, and Al Pacino in the starring role would be an Oscar favorite. Critics and Hollywood, on the other hand, detested it because of its exceedingly filthy and violent content. Scarface had no opportunity of saying “hi” to a little golden companion after such a nasty reaction. It’s a shame, because much of the film, particularly Pacino’s transforming performance and the great costume and set design, would have been a legitimate Oscar candidate. Scarface, on the other hand, has gone down in history as a popular cult classic. Perhaps it’s because society has relaxed enough that people can look past the filthy content and appreciate the film for what it is: a fantastically original and well-made story. 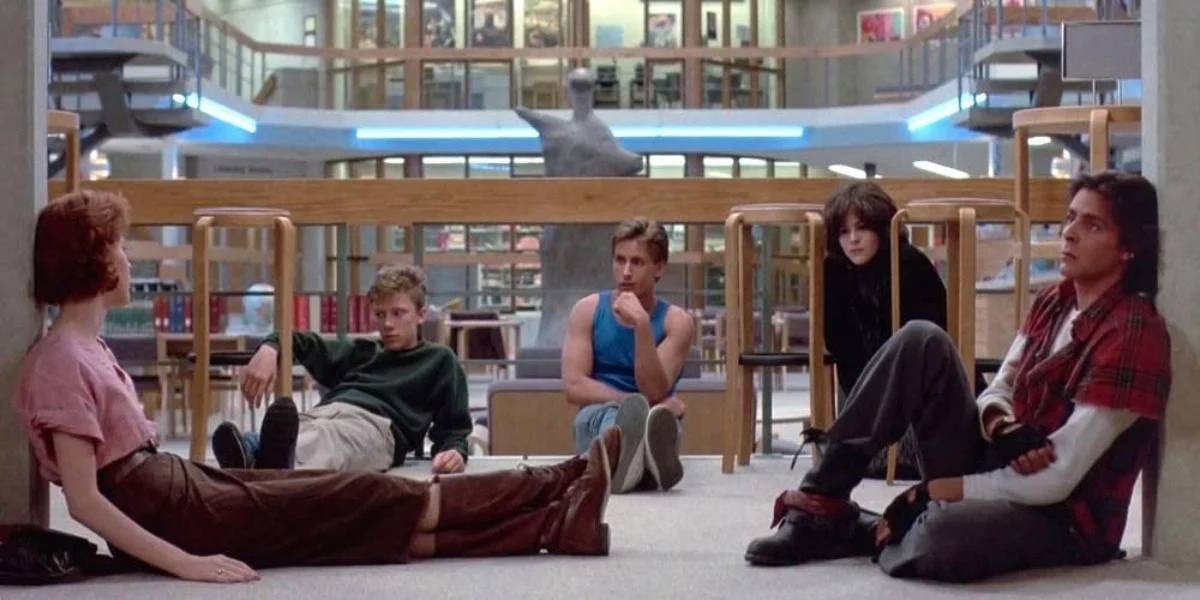 We’re all familiar with high school archetypes like the jock, the popular girl, the geek, the rebel, and the outcast. John Hughes’ film The Breakfast Club, written and directed by him, assigns them all to Saturday detention. Each stereotype’s layers are peeled away one by one, revealing the relatable humanity beneath.

It’s been a long and difficult road for eccentric teen dramas to earn Oscar recognition. In the 2000s, Juno received four nominations and a win, but the 1980s were not yet there, and The Breakfast Club was overlooked. The film’s original and evocative narrative, the lead actors’ flawless performances, and the sorrowful masterpiece of a song “Don’t You (Forget About Me)” went unnoticed. However, a few decades later, The Breakfast Club earned some recognition: in 2005, it was honored with a special Silver Bucket of Excellence Award at the MTV Movie Awards, and in 2016, it was admitted into the National Film Registry.

In The Shining, Jack Nicholson plays Jack Torrance, a writer who accepts a job as a caretaker at a remote hotel. It doesn’t take long for Jack to start seeing ghosts and lose his grip on reality after moving there with his family. Of course, everybody with even a rudimentary understanding of great cinema is familiar with this story. The film has since become a cultural icon.

The Shining is a technical marvel from start to finish. From Jack Nicholson’s forceful acting to the score, which wonderfully sets the frightening tone, and notably Stanley Kubrick’s brilliant direction. Every scene is well-crafted, full of brilliant touches, and completely immerses the audience in Torrance’s frightening nightmare. It’s easy to assume that this film was too strange for Academy voters to embrace, and as a result, it garnered no nominations. To add insult to injury, The Shining received Razzie nominations.