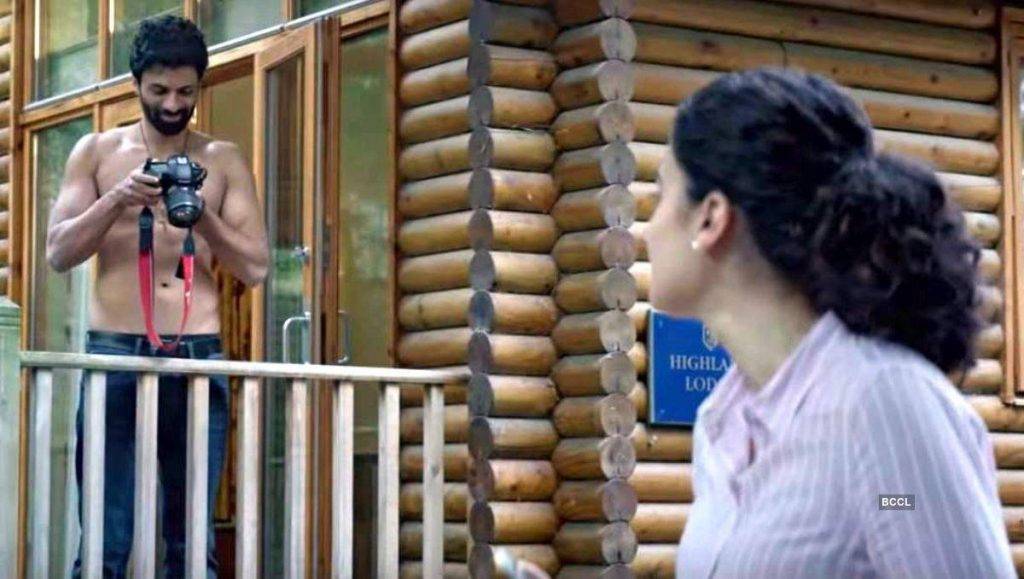 Suspenseful Thriller Bollywood films are few and few between, but the ones that do exist are well worth seeing. The thriller suspense genre occupies a unique place in the hearts of cinema buffs because it keeps you on your toes and significantly increases your adrenaline levels.

We’ve compiled a list of the top 20 Bollywood thriller films. If you haven’t seen any of these films, be prepared for some thrilling adventures.

After watching this fantastic film, every regular man will be proud of himself. It demonstrates that we are capable of far more than we realize. We can break it if we build it. You might not comprehend the preceding line right now, but watch the film to figure it out. It’s a true thriller that you’ll want to watch again and again.

Some wines attack your taste buds like a ton of bricks right away. Andhadhund is exactly that: a suspenseful, intense, dark, subtle, and true-to-life film. Andhadhun is unquestionably a “MUST WATCH,” as it provides you with everything you require.

This film demonstrates that Bollywood is capable of producing excellent films. It’s a shame that such a gem is neglected in the grand scheme of things. It may not be a box office smash, but a true cinema buff will enjoy viewing it.

An excellent spy-action thriller written and directed by Neeraj Pandey, featuring a fantastic cast including Akshay Kumar, Anupam Kher, and Tapsee Pannu. This is a film worth seeing!

A must-see revenge drama film. The plot will keep you guessing till the very end, and iconic actor Amitabh Bachchan nailed his role. The plot is engrossing, surprising, and captivating. This film proves that outstanding performances can keep you hooked to your seat.

Only a few people have yet to see this film, but if you are one of them, do do as soon as possible since you are missing out on a lot of fun! The plot of the film was expertly crafted to produce an incredible scenario. There are two films with the same name: the original Don, which was released in 1978 and starred Amitabh Bachchan, and the remake of the same film, which was released in 2006 and starred Shahrukh Khan. Now it’s up to you to decide which one you like. Is it better to be classic or modern?

The film depicts a father and mother’s love for their children, as they sacrifice and battle for them. It also demonstrates the lengths to which a guy would go when his family is threatened. You won’t be able to assess the film or draw any conclusions until the very end.

It was a fantastic cinematic experience! Ittefaq is a refreshing departure from Bollywood’s typical tales. It actually deserves all the credit and accolades, with no ‘item numbers’ or ridiculous love drama. If you haven’t seen it yet, you should.

With great performances by Aishwarya Rai and Irfan Khan, Jazbaa is one of the best criminal thrillers that keeps the audience on the edge of their seats. The plot surprise makes this a gripping film.

The film was well-written and tastefully produced. Finally, anything we expect from a Bollywood film is thwarted since the film is out of the ordinary. It is preferable if you view this film as soon as possible.

Kahaani 2 is better than most movies, but it falls short of providing a satisfying sequel to its first installment, ‘Kahaani.’ Even though it isn’t as fantastic as the first, it is still a better viewing than many other Bollywood films. It’ll keep you guessing till the very end because of the suspense.

With a terrific screenplay and fantastic acting by Urmila Matondkar, it is one of the best films in the suspense thriller genre. With a great storyline and tension, this film will always be a cult favorite.

A film that is both smart and beautifully performed! It’s possible that this is just John Abraham and Nargis Fakri’s best work. Shoojit Sirkar’s direction, as well as the screenplay, acting, direction, music, and plot, were all fantastic. For cinephiles, it is a must-see. So it’s not your standard Bollywood masala film, but rather a gritty, suspenseful thriller.

A gripping film with enough of twists and turns to keep the audience guessing throughout. Manoj Bajpai, Annu Kapoor, and Tabu deliver great performances in this film. This film is available on Amazon Prime.

A fantastic film, made even better by Radhika Apte’s outstanding performance, who carries the entire film on her shoulders. A twisting plot that will have you hooked to your seat until the very end. The film will be remembered for Radhika’s performance and its unusual narrative.

A film on the underappreciated, brave, and honest IT officers who are the backbone of India’s economy. The film is sharp, and it keeps you entangled and engrossed in the story from beginning to end. It’s a terrific experience altogether, with punchy lines, intense moments, humour, emotions, and a realistic plot. Like icing on a cake, the direction and performances add additional worth to everything. It’s well worth your time to watch.

This film was the finest thriller of 2013 and a box office smash, grossing more than 100 crores. On top of Akshay and Anupam Kher’s outstanding performances in the film, there’s a terrific combination of thrills, humour, and action.

One of the most gorgeous films ever made, and a definite must-see. The actors in this film have given their all. Amir would transport you to his harsh, bleak, and depressing world. With her performance, Kareena would transport you to her strange yet flawless world. Rani’s portrayal of a powerless wife in control of her emotions is outstanding. A psychological thriller in the truest sense of the word.

Talwar is one of those re-enactors who never fails to offer his or her audience a reality check on the country’s shaky and frail system. The film does a fantastic job of emphasizing the system’s true ailment. And, yeah, you guessed it, it’s based on a double murder case involving a teenage girl and her family’s servant that occurred in Noida in 2008.

One of the best survival films I’ve watched, and it’s unexpected to see it in Bollywood; everything about it is superb, from the acting to the director to the editing to the setting; you feel as if you’re there and it’s happening to you. It has a Castaway feel to it, but on a separate level, it has a local feel to it. And, as always, Rajkumar nailed it!

You can watch and enjoy these 20 Bollywood Thriller Suspense Films!