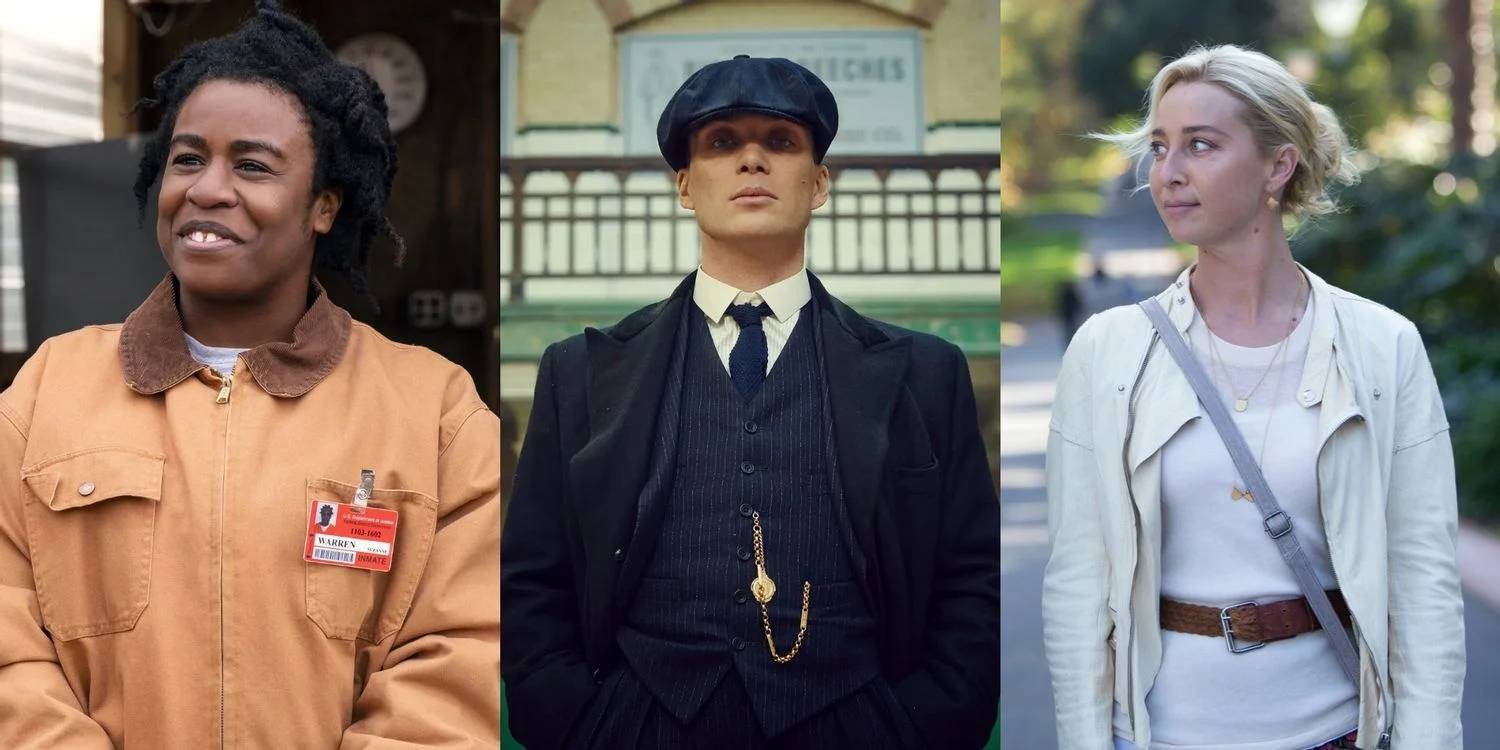 There is so much amazing television available right now that choose what to watch can be difficult. When you finally make a decision and commit to it, nothing is more frustrating than binge-watching a series for a day or two only to discover it only has three seasons. Thankfully, Netflix has a plethora of long-running shows to keep you occupied during the day and night. There is something for everyone, from comedies to tragedies, easy viewing to award-winning epics. 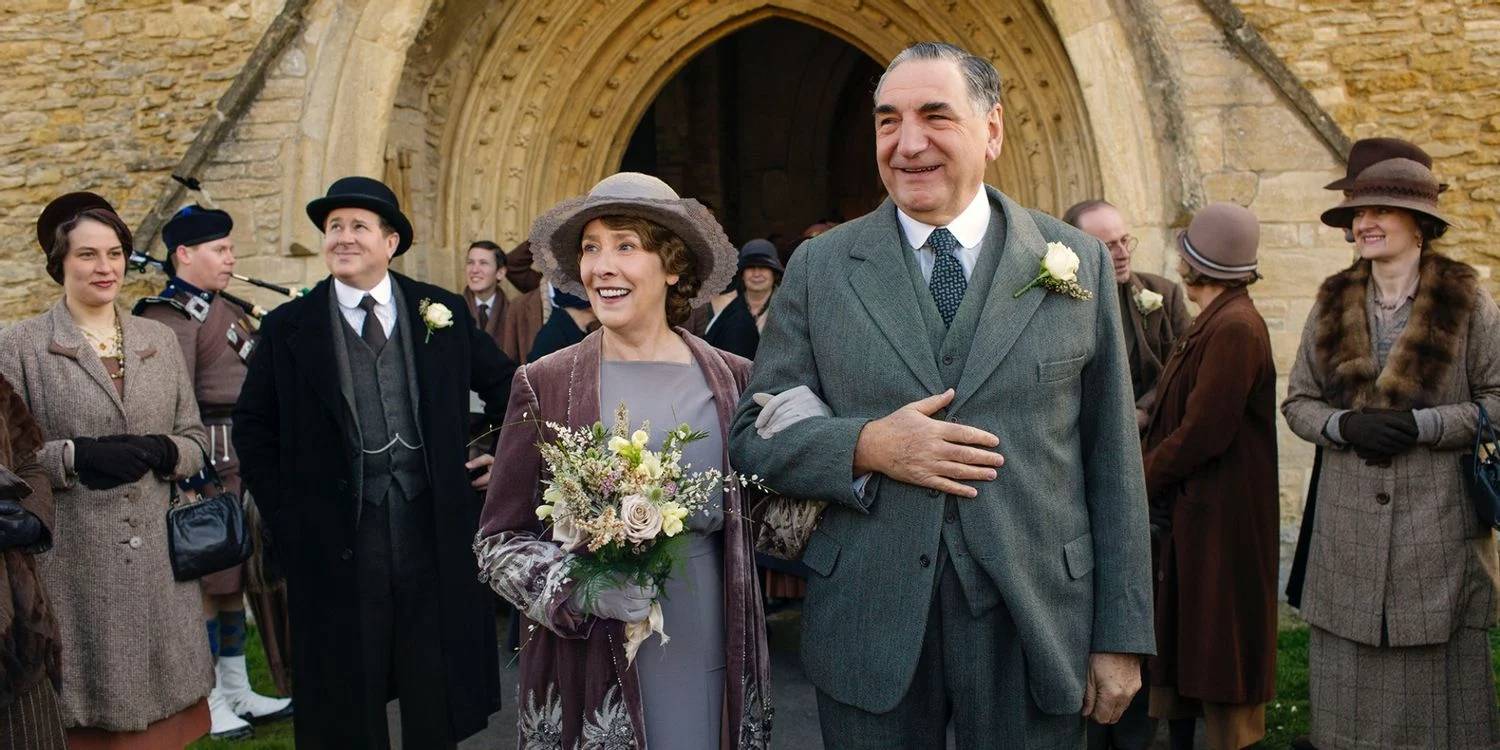 Downton Abbey has had a tremendous cultural impact around the world, with a traveling exhibition dedicated to the series and two follow-up feature films. It is one of the most popular shows in recent years. It is a historical drama set in the post-Edwardian era that follows the lives of the Crawleys, a British aristocratic family, and their domestic employees.

Downton Abbey has become one of the most successful British costume drama programs of all time, winning fifteen Primetime Emmy Awards, three Golden Globes, and two hundred and twenty-nine additional nominations over its six-season run. The series features historical events such as WWI, the Titanic, the Marconi Scandal, and the Spanish Flu among its plots, in addition to magnificent costumes, vast landscapes, and excellent conversation. 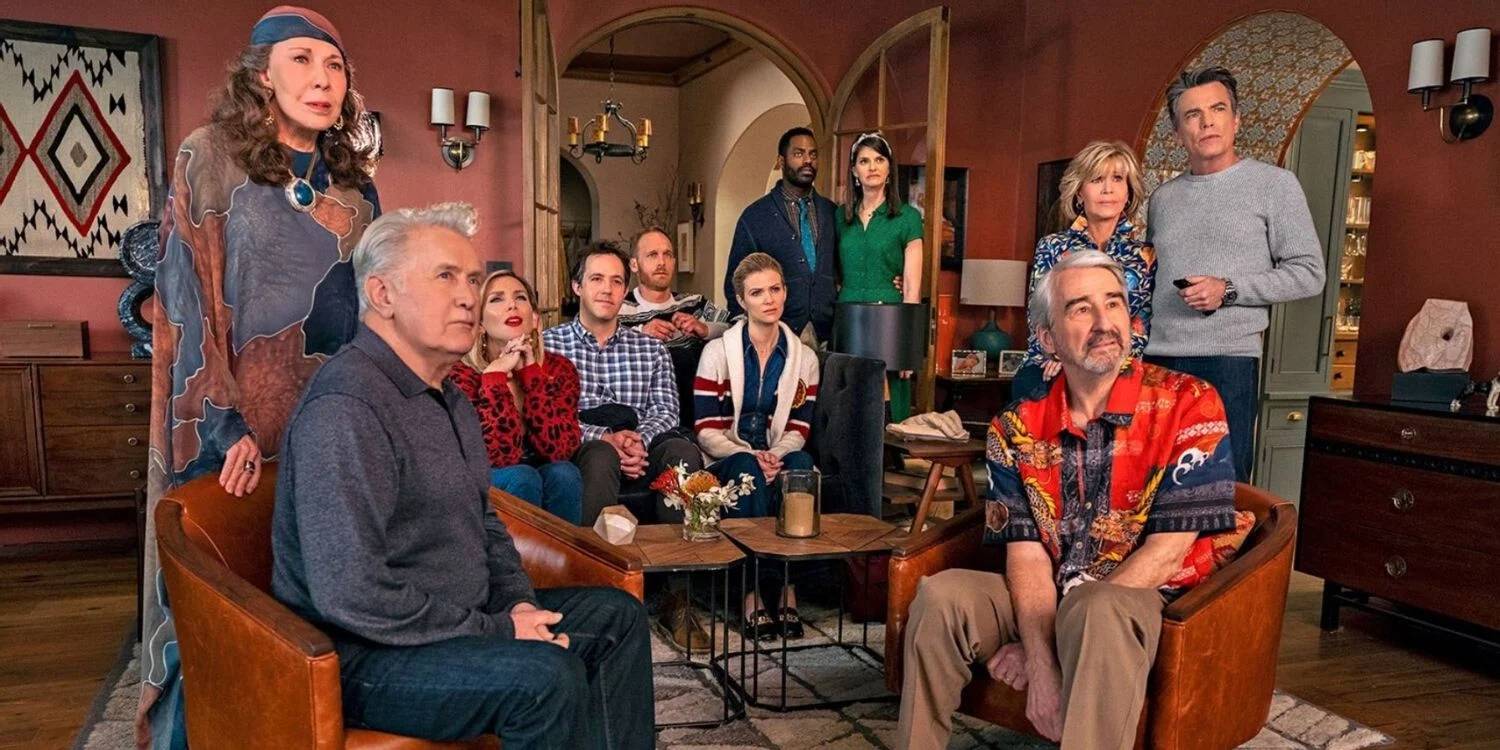 Grace and Frankie is the longest-running Netflix Original Series, with seven seasons under its belt, despite the fact that it is coming to an end. It’s no surprise that the series has received thirteen Primetime Emmy Award nominations, thanks to a stellar ensemble cast that includes Jane Fonda, Lily Tomlin, Martin Sheen, and Sam Waterston.

Grace Hanson (Jane Fonda) and Frankie Bergstein (Lily Tomlin) are two women who are left by their spouses for one other. Now, two ladies who can’t stand each other find themselves not just having to start over in their 70s, but doing it in the same house. 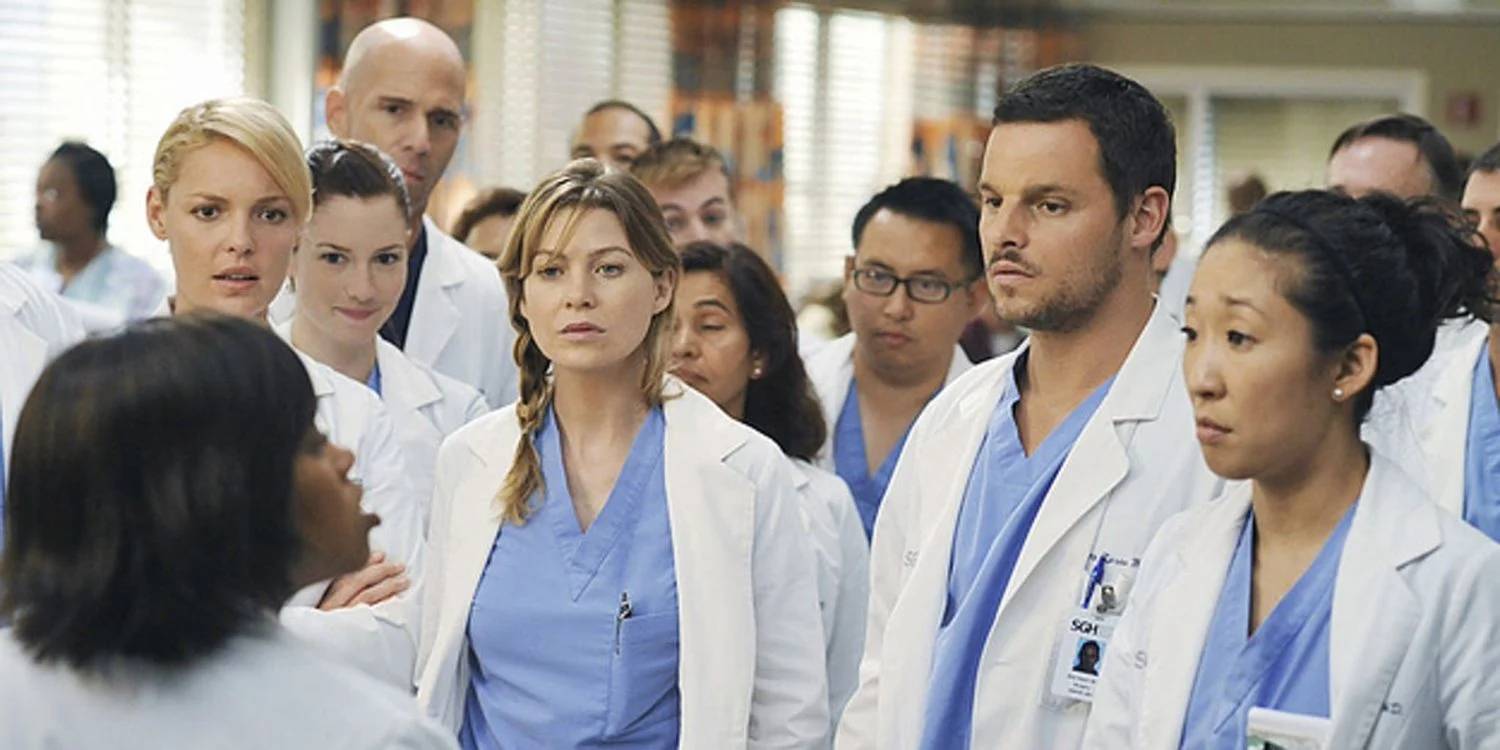 Shonda Rhimes has a track record of delivering award-winning drama season after season. Grey’s Anatomy, her longest-running series, is now in its 19th season. The Emmy Award-winning Primetime Emmy Series chronicles the personal and professional lives of doctors in a Seattle hospital. Grey’s Anatomy is one of the most successful scripted American primetime television series of all time, having launched the careers of performers including Sandra Oh, Patrick Dempsey, Ellen Pompeo, and Katherine Heigl. 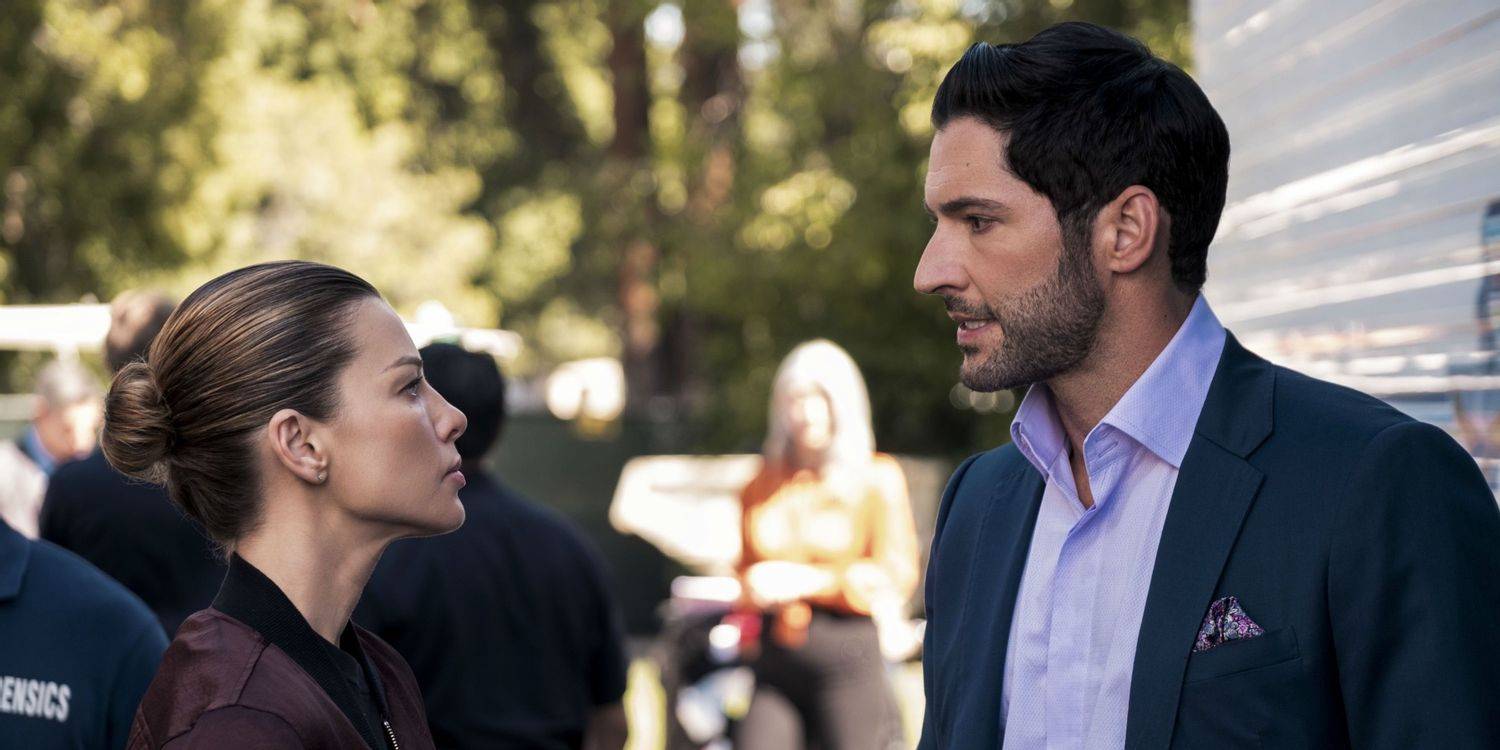 Lucifer is a highly engrossing urban fantasy crime drama starring Tom Ellis as the devil himself, based on the DC character of the same name. The series follows Lucifer as he quits from Hell’s top post and relocates to Los Angeles to run a posh nightclub over the course of six seasons. When Lucifer sees the murder of a buddy and meets Detective Chloe Decker, his life on Earth is flipped upside down (Lauren German). Lucifer is intrigued by Chloe and by investigating crimes, so he chooses to help out by becoming a consultant and using his skills to assist in the resolution of cases and the combat of unearthly monsters. Lucifer will appeal to fans of Supernatural, Charmed, and Angel. 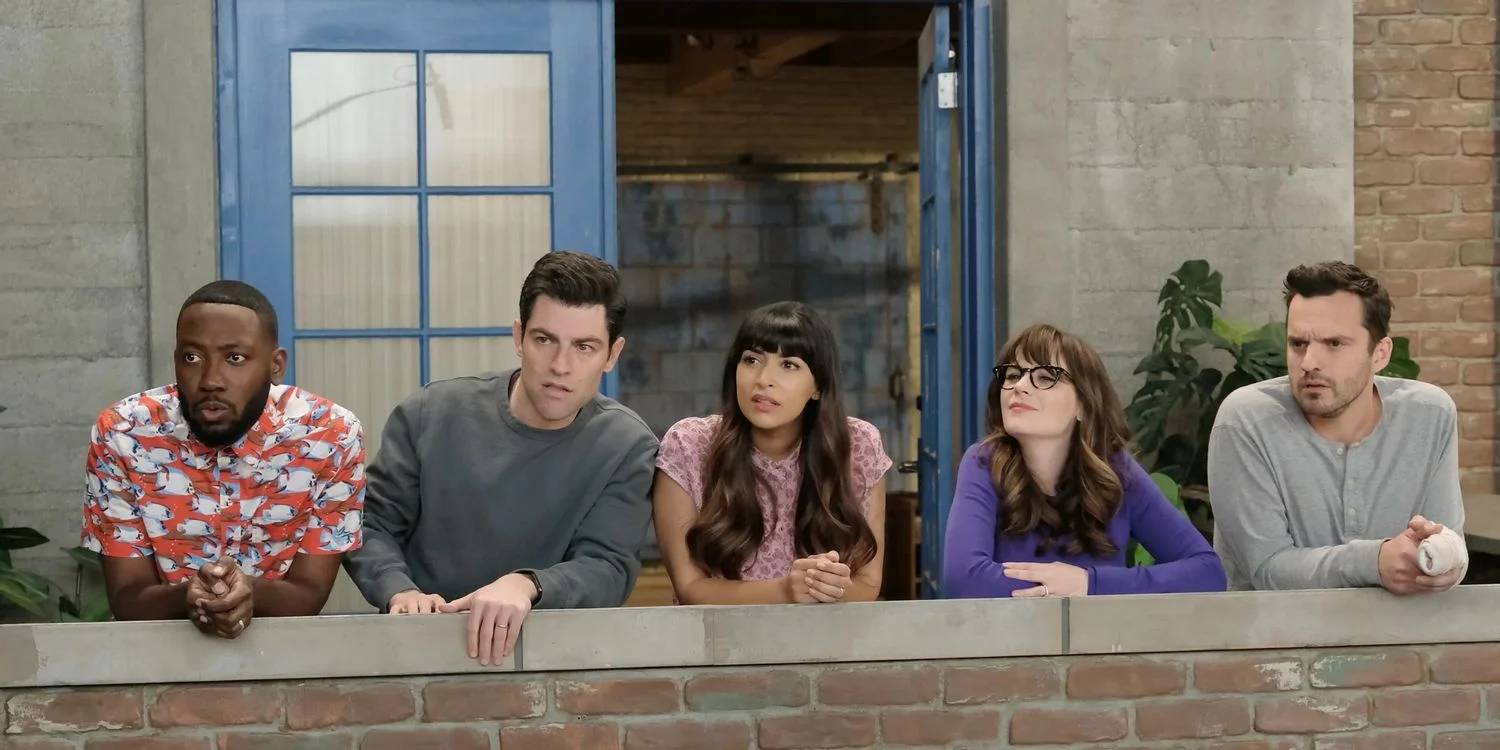 New Girl is a romantic comedy about a loving, geeky teacher named Jessica Day (Zooey Deschanel), her three roommates Winston (Lamorne Morris), Schmidt (Max Greenfield), and Nick (Jake Johnson), and the adventures they get themselves into.

Over the course of seven seasons, the gang is joined by Jess’s closest friend Cece (Hannah Simone) and their ‘sometimes’ roommate Coach (Damon Wayans Jr.), as well as a slew of celebrity guests like Taylor Swift, Megan Fox, and the one and only Prince. 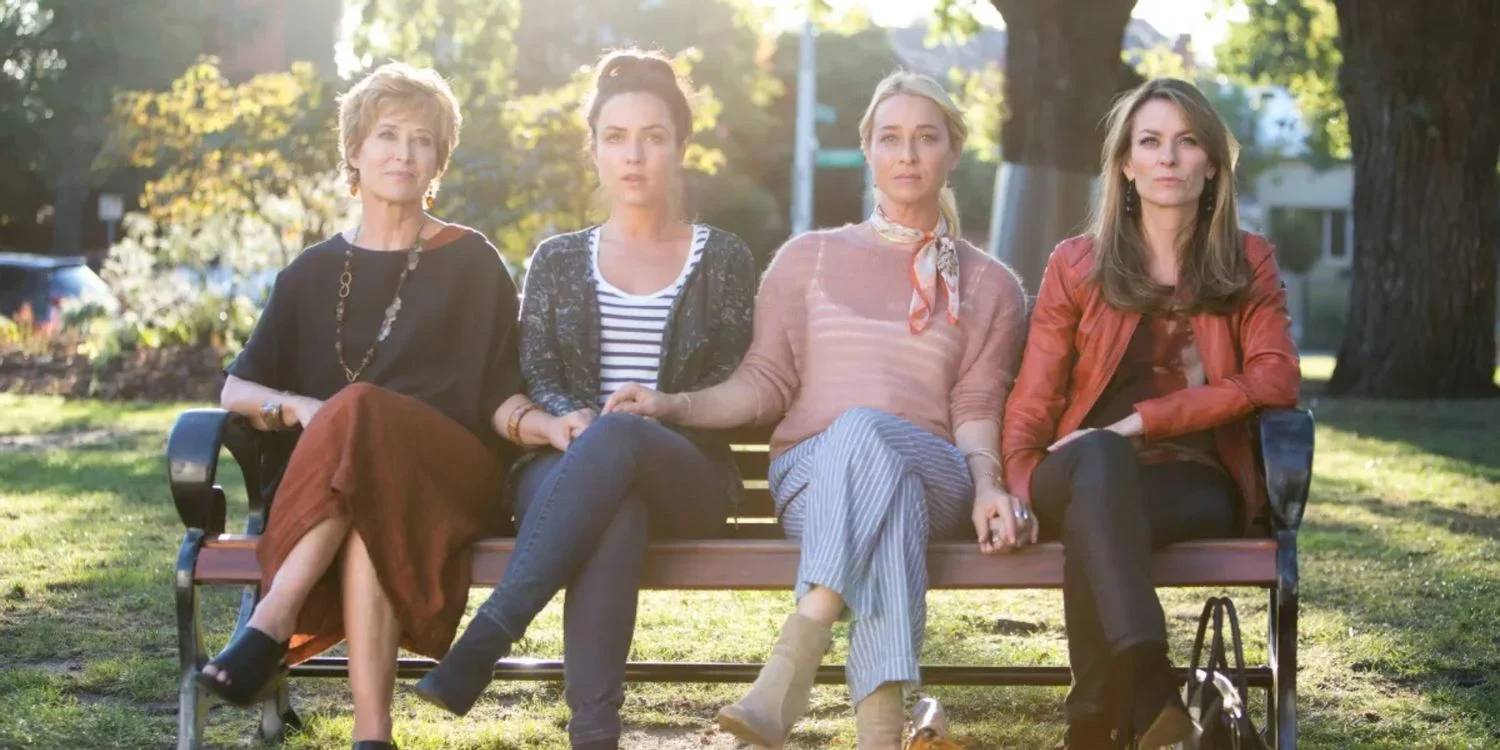 Nina Proudman (Asher Keddie), a Melbourne physician, tries to manage her job and dysfunctional love life with her even more dysfunctional family in the quirky Australian drama Offspring. The beloved series won seven Logie Awards, Australia’s equivalent of the Primetime Emmy Awards, during its seven-season run.

Asher Keddie, who plays the 30-year-old unlucky-in-love doctor in Nine Perfect Strangers, is fantastic in her part. While Offspring is plenty of laughs, you should be prepared for some heartbreak as well, so bring Kleenex.

Orange Is The New Black 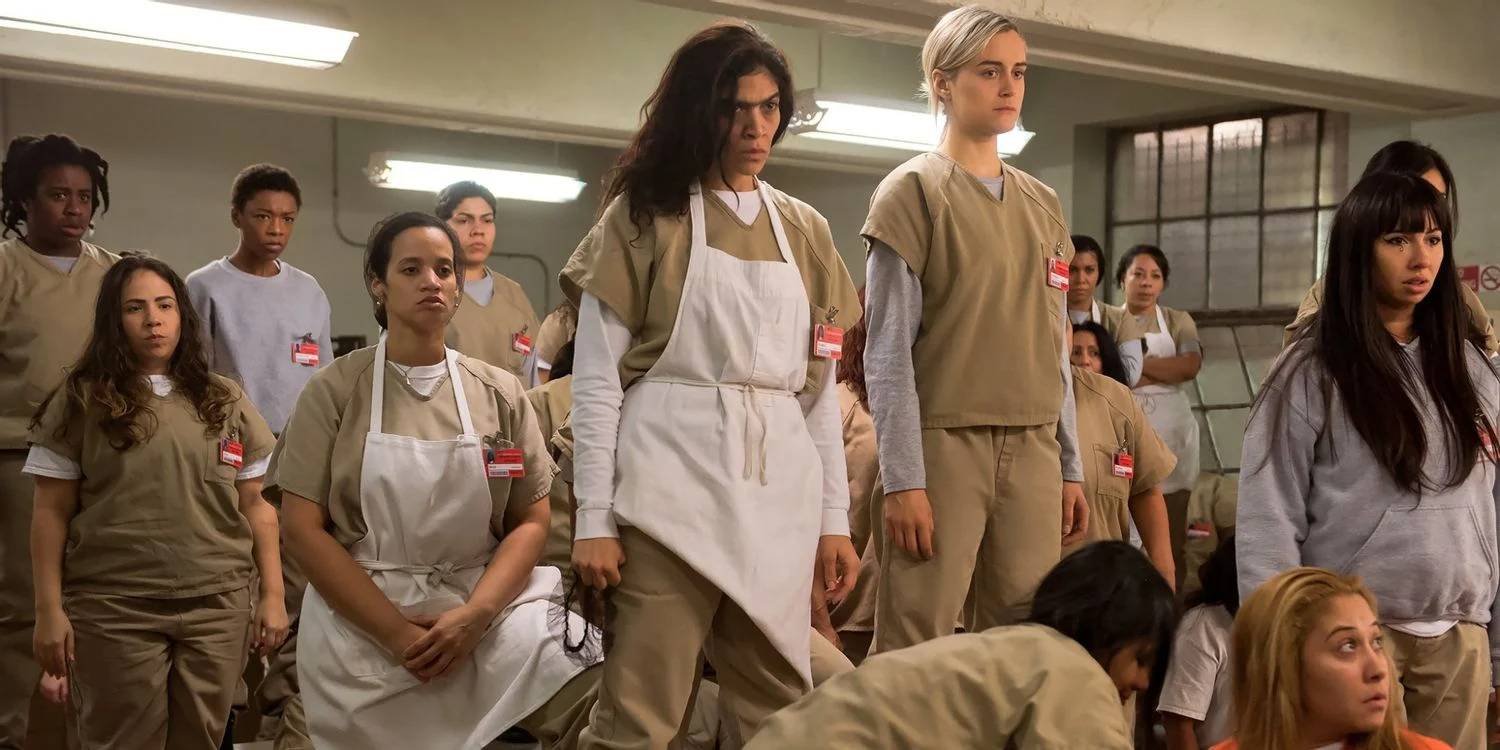 Orange Is The New Black is one of Netflix’s most popular original series, having received four Primetime Emmy Awards over its seven-season run. The drama stars Natasha Lyonne, Laura Prepon, Taylor Schilling, Danielle Brooks, and Uzo Aduba, who won two Emmys for her portrayal as Suzanne ‘Crazy Eyes’ Warren in the series, and is based on the same-named book.

The show follows Piper Chapman (Taylor Schilling), a 30-year-old New Yorker who is sentenced to fifteen months in prison for a crime she committed ten years ago. It’s easy to see why TIME ranked Orange Is The New Black the most important TV program of the decade because it tackles major societal topics like sexual identity, mental illness, addiction, and transgender rights through a wonderfully performed dramedy. 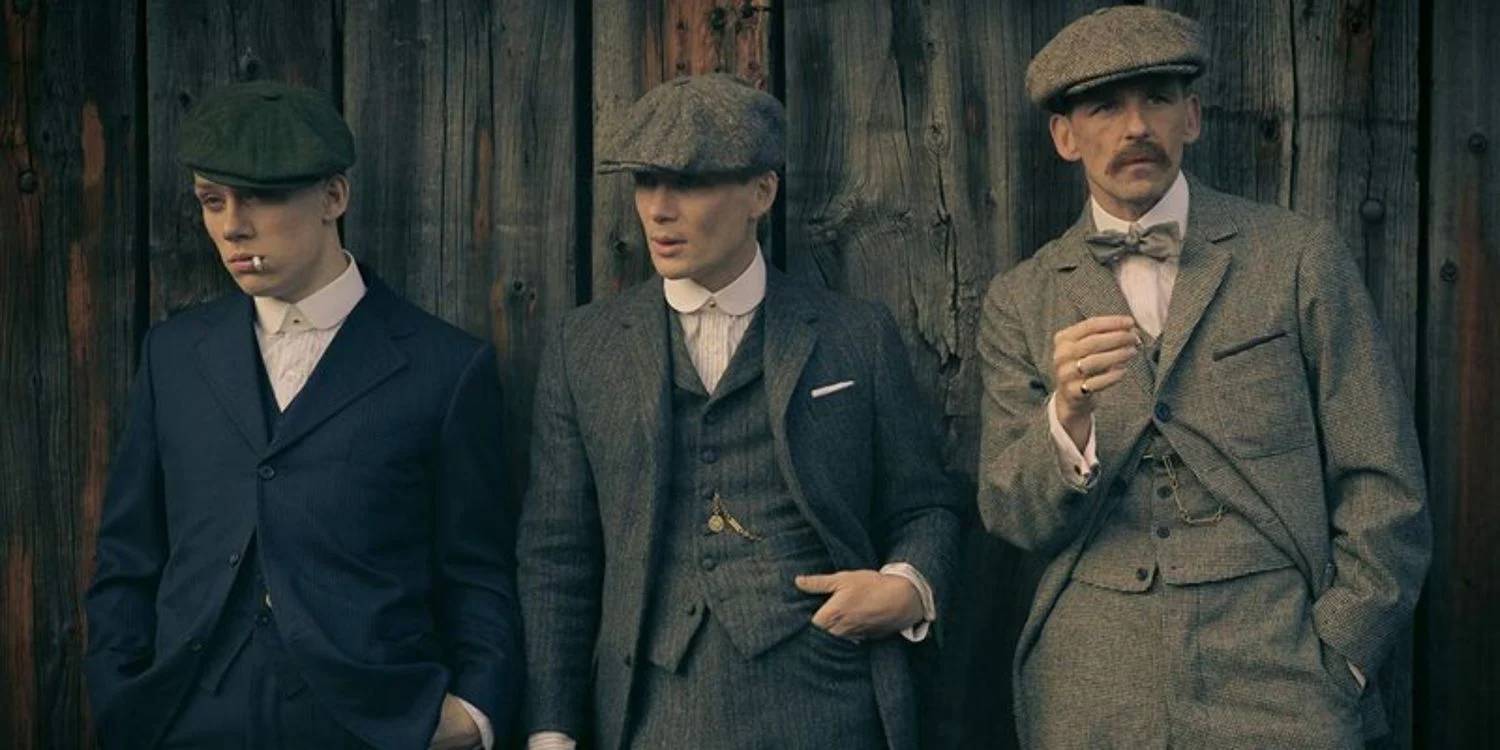 In the BAFTA award-winning crime thriller series Peaky Blinders, Cillian Murphy leads an all-star cast that includes Tom Hardy, Anya Taylor-Joy, Adrien Brody, and Sam Neill. Set in post-World War II England, the series follows the Shelby brothers and their gang, the “Peaky Blinders,” as they cause mayhem on the streets of Birmingham.
The series, which has gained critical acclaim and spans six seasons, has been likened to TV classics such as Boardwalk Empire and The Wire. This gangster epic is based on true events and has had a tremendous cultural impact in the United Kingdom, even inspiring a video game. 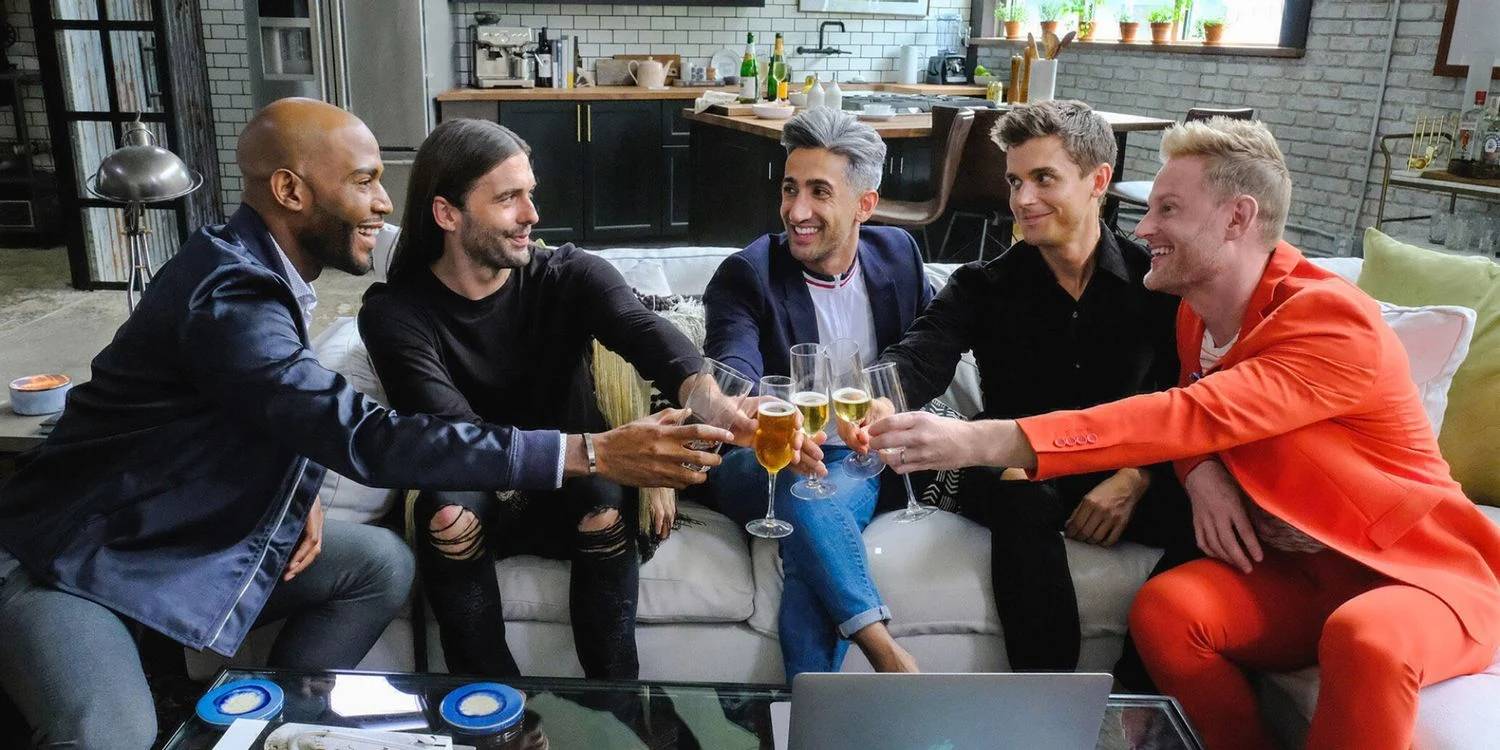 In 2003, the show Queer Eye debuted on television. The Fab Five are back and better than ever thanks to Netflix. Antoni Porowski, Tan France, Karamo Brown, Bobby Berk, and the legendary Jonathan Van Ness will make you weep joyful tears as they help folks all throughout Atlanta with everything from designing their houses to changing their personal style and grooming routines. This inspirational series has won the hearts of people all around the world, earning nine Primetime Emmy Awards, including four years in a row for Outstanding Structured Reality Program. 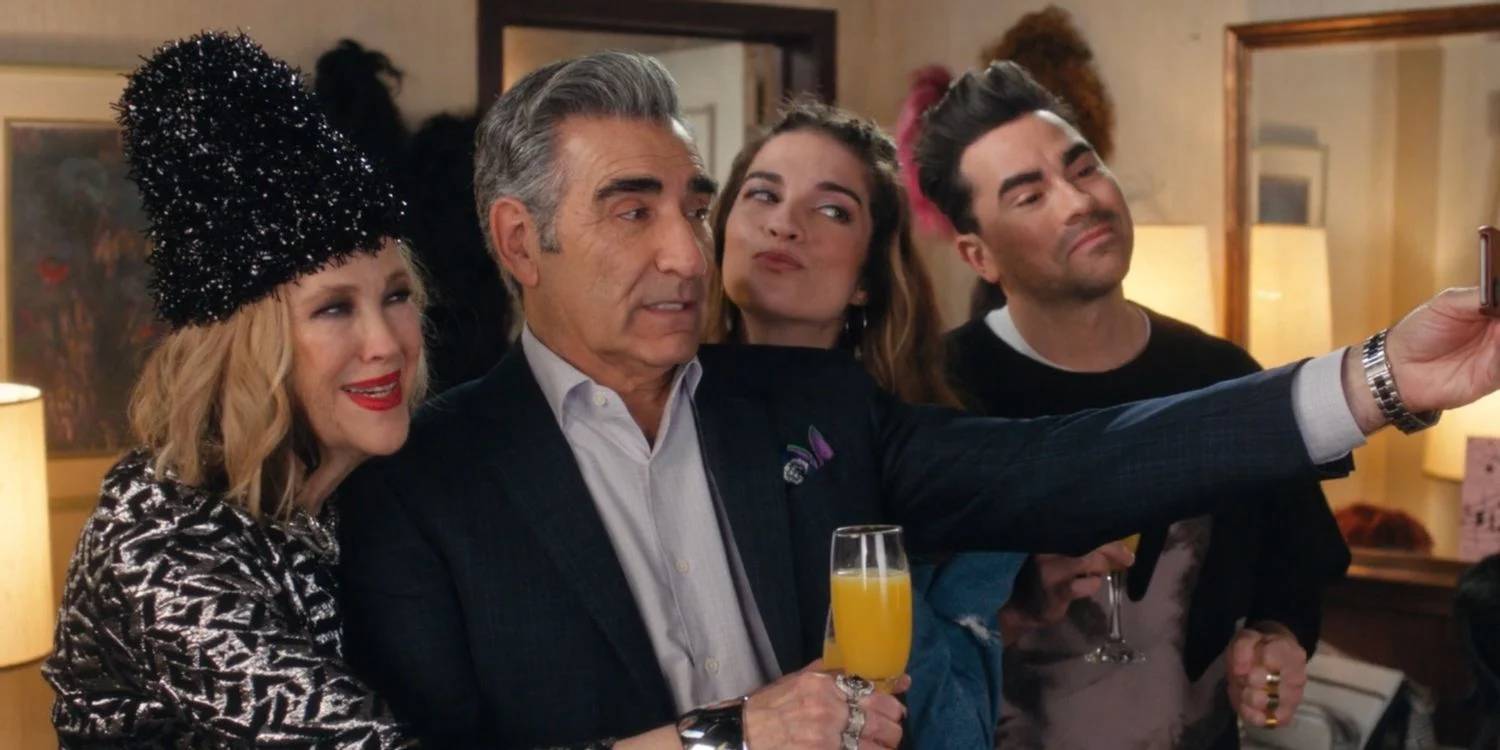 People didn’t notice Schitt’s Creek for a long time, but once they did, it became a worldwide phenomenon. It was the first comedy to win every category at the 72nd Primetime Emmy Awards, establishing history as the first comedy to do so. It remains legendary to fans all over the world. The sitcom depicts the Rose family as they lose their vast fortune and have to start again in a small village, created by Dan and Eugene Levy.

Schitt’s Creek is a wonderfully unique, touching comedy, with characters as funny as they are genuinely affecting. It has received critical accolades and high praise, particularly for its representation of LGBTQIA+ people. If the first few episodes don’t pique your interest, persist with it until the halfway point of the first season. By the sixth chapter, you’ll be wishing it would never end.