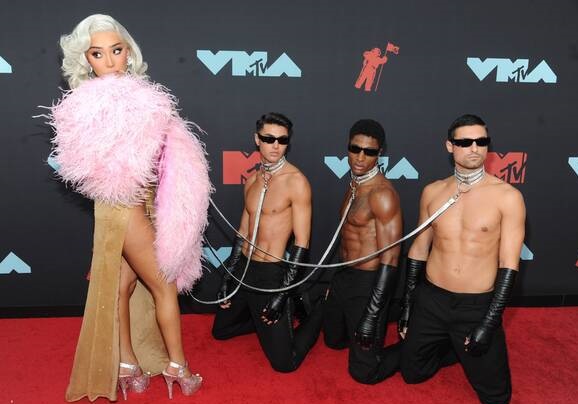 Nikita Nguyen, better known by her stage as Nikita Dragun, is a well-known YouTuber, model, and makeup artist. She has also appeared in various music videos and received two beauty awards for her work as a makeup influencer. Nikita starred in the popular web series ‘Escape The Night,’ and she can also be seen in Netflix’s ‘Hype House,’ a reality show that follows the interpersonal dynamics of members of the titular TikTokers group. The Hype House crew lives in an opulent Spanish-style home in Los Angeles and collaborates on content to keep fans entertained.

Nikita was born in Belgium on January 31, 1996, and is of Vietnamese and Mexican ancestry. She finished her education in Virginia and came out as a trans woman when she was a teenager. She has been an outspoken supporter of LGBTQ+ rights since then, devoting the majority of her efforts to the community’s improvement. She is known for her glitzy cosmetic looks as well as her outspoken personality, which has put her in hot water on occasion. Has this, however, had an impact on her net worth? Here’s what we’ve learned so far.

How Did Nikita Dragun Make Her Money?

Nikita Dragun began uploading fashion and cosmetics videos to YouTube in February 2013 and quickly gained popularity. She then used her YouTube account to document her gender transition and create detailed Q and A videos to answer questions about the process and the transgender community in general. Her YouTube channel helped her land endorsement deals, which increased her influencer career. She also relocated to Los Angeles and graduated from the Fashion Institute of Design and Merchandising with a business degree.

Nikita’s Instagram account grew in popularity, and she began to receive larger sponsorships soon after. She went on to start her own make-up company, Dragun Beauty, in 2019, which specializes in vegan and cruelty-free cosmetics for the transgender community. For various music videos, the YouTube sensation has cooperated with well-known artists such as Doja Cat, Iggy Azalea, and Kim Petras. She also launched her own docuseries, ‘Nikita Unfiltered,’ which premiered on Snapchat on March 21, 2020.

Nikita also joined TikTok in 2020 and gained a huge number of followers in a short period of time. She then became a member of the Hype House and began appearing in their videos on a regular basis. She received flak, though, after hosting a surprise birthday party for fellow Hype House member Larray Meritt on July 21, 2020. Several of her fans and YouTubers, including Tyler Oakley, called her out and chastised her and the other partygoers for breaking Covid-19 rules. She also had a horrific ordeal on Thanksgiving 2021, when she was compelled to enter a mental institution.

Nikita has gotten herself into a lot of difficulty because of her Twitter posts, which she has had to delete owing to public outrage. TikToker Zaya Perysian slammed her Instagram comment on cis women in September 2021.

Nikita Dragun is a multi-millionaire without a doubt. Take a peek at her large social media followings to see what I mean. She has 3.61 million YouTube subscribers and has uploaded 93 videos. That means her total YouTube earnings to date are close to $500,000. But that’s only the beginning. Nikita Dragun has 14.2 million TikTok subscribers. She has only blogged 49 times, which is a shockingly low number. Nonetheless, her TikTok profits could reach $2 million. Finally, she has 9 million Instagram followers and over 300 posts. This equates to an additional $2 million in earnings. Nikita Dragun’s net worth is easily over $4.5 million when all of her sources of income are considered.