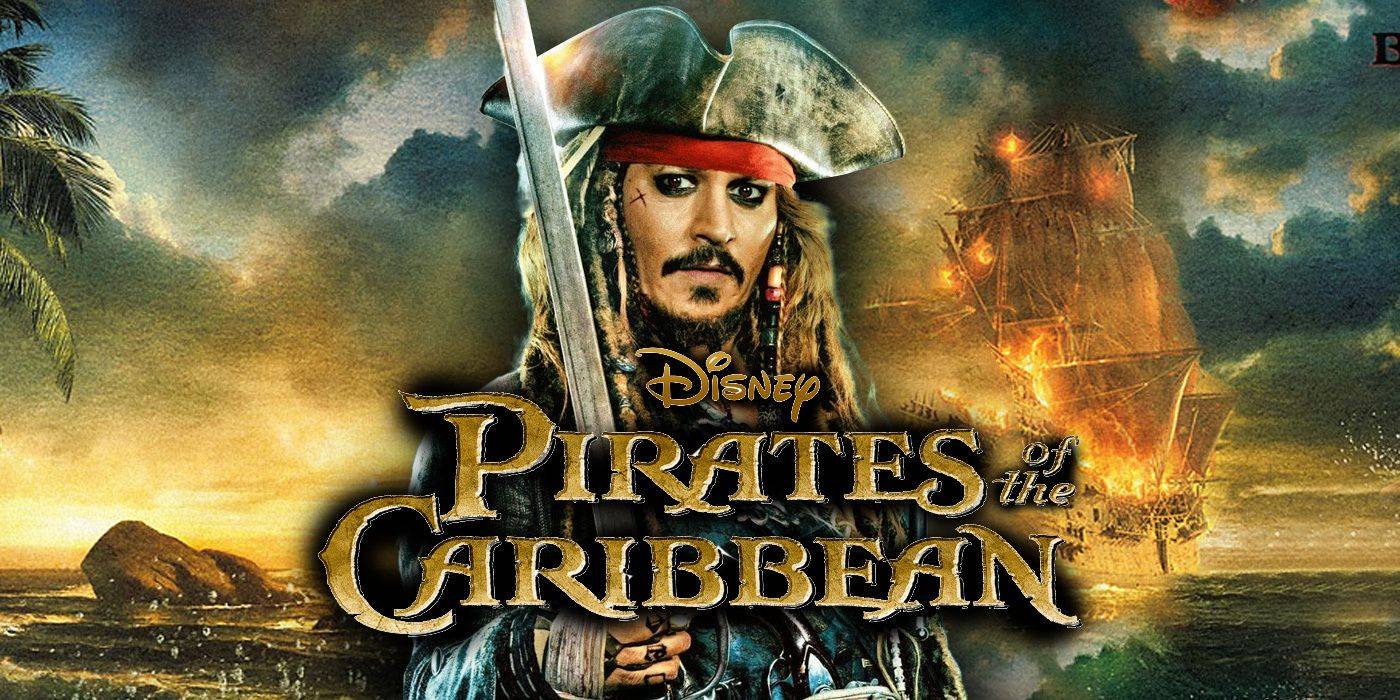 Get your sea legs because a new episode of the swashbuckling family-favorite film franchise, Pirates Of The Caribbean, is on the way. The films, which are based on the same-named Disneyland ride, have caused quite a stir in the film business during the last 18 years. Since the first film, Pirates Of The Caribbean: Curse Of The Black Pearl, was released in 2003, fans all over the world have fallen in love with the disheveled and funny salty-dog characters who have stolen both our hearts and each other’s riches.

The sea of misinformation can be difficult to navigate when looking for a shred of truth about the production, especially with changes percolating and speculations flowing throughout the internet. We’ve traversed undiscovered territory to develop this map, which will guide you to all you need to know about Pirates Of The Caribbean 6, which has yet to be named. Grab your compass and follow it through our simple-to-follow guide.

Who Could Be in Pirates of the Caribbean 6’s Cast? 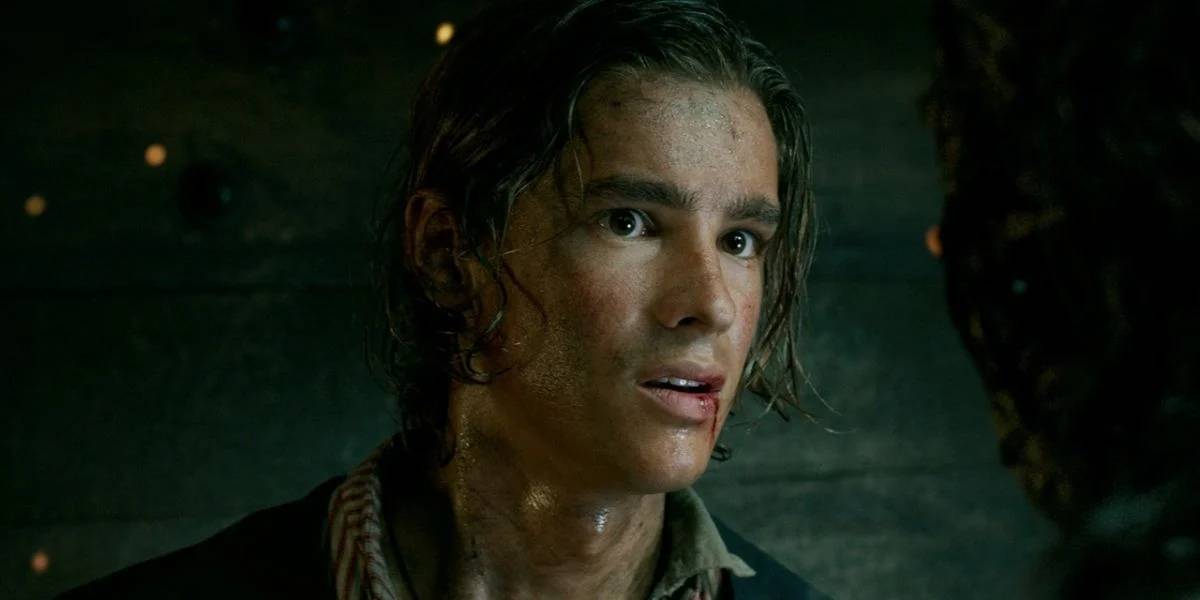 While no cast has been announced as of yet, Kaya Scoldelario, who starred in Pirates Of The Caribbean: Dead Men Tell No Tales, has disclosed that she has signed a deal for a sixth film in the franchise. Carina Barbossa, her character, first appeared in the fifth film, where it was revealed that she is Captain Barbossa’s long-lost daughter. The addition of a new, younger Barbossa to the ensemble could indicate the direction in which the new film will go.

With Scoldelario’s character returning, we can expect Henry Turner, Scoldelario’s beau, to return as well. Will and Elizabeth Turner have a son, Henry, who is played by Brenton Thwaites. When his father is appointed captain of the mythical ship The Flying Dutchman in the third film, he makes his first appearance. In the fifth film, Henry finally frees his father from the cursed ship, and the story ends there.

Margot Robbie has been rumored to be starring in the new picture, although this has yet to be confirmed. When asked about rumors that she would be cast in the upcoming Pirates picture, she said, “Maybe… Time will tell.”

Favorite films from the past Will Turner and Elizabeth Swann, played by Orlando Bloom and Kiera Knightly, may make a comeback. While some believe their part of the plot is over, a cutscene near the end of the fifth film suggests they may return. This is despite the fact that the movie’s attention turned away from the lovestruck couple and onto Jack Sparrow, the beloved pirate lord trickster known for his strange inebriated motions and seemingly accidental gifts.

Will Jack Sparrow Return in Pirates of the Caribbean 6? 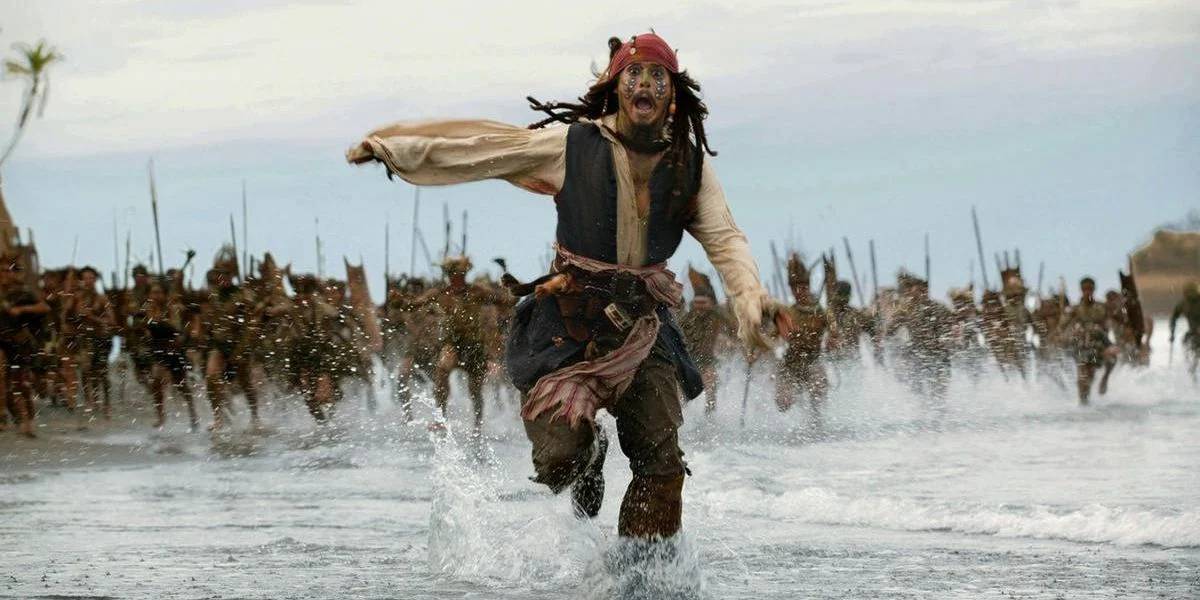 For many, this has been a vital question, with polarized fans on one side demanding that Johnny Depp be removed from the franchise, much as he was from the Fantastic Beasts flicks. Others argue that a new Pirates film would be impossible to make without his beloved character, and have started online petitions demanding his reinstatement.

Production chief Sean Bailey stated in an interview that he wants to “bring a fresh energy and vigor” to the franchise, revealing that Depp’s character is no longer a part of the plans they’ve laid out for the film series. While we don’t expect the figure to return physically, we do expect him to be mentioned in speech, as tales of his voyages (many of which are wholly invented stories created by Jack himself) have travelled far and wide throughout the Pirates universe.

According to recent reports, Johnny Depp is definitely not happening, so no point in keeping our hopes up. The Pirates Franchise is moving forward without Johnny Depp.

Without Jack, What Will Pirates of the Caribbean 6’s Plot Be? 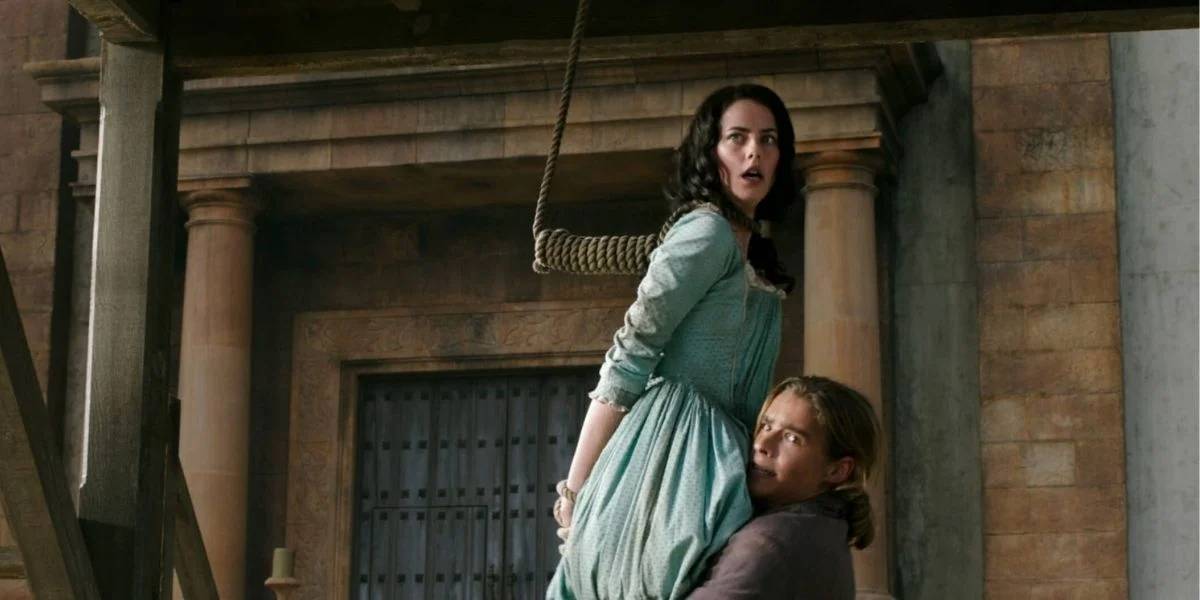 If the speculations about Margot Robbie and Kaya Scadelario playing the key roles in the upcoming film are accurate, we should expect a lot of female badassery. Pirates of the Caribbean is notorious for drawing inspiration from real-life pirate myths and legends, such as Blackbeard and the fabled Fountain of Youth.

With two female stars in this new film, there’s a chance the writers will allude to the story of Anne Bonny and Mary Read, the famed female pirate duet. In the early 1700s, they were known as two of the most ferocious female pirates who led bold raids on commercial sloops and fishing ships throughout the Caribbean. It would be intriguing to see a reference to this women’s story if there is to be a couple of fierce female buccaneers in Pirates Of The Caribbean 6. They are said to dress as men for their safety and carry a machete in one hand and a pistol in the other.

It’s also possible that Redd, a redheaded female pirate character who appeared in the original amusement park ride, will make an appearance in the new ensemble. Though her character has already been modified as a prostitute named Scarlet who lives in the pirate haven of Tortuga, the new film as the ride’s auctioneer gunner might proceed to adapt more of her original story.

Poseidon’s trident is smashed in the last film in the franchise, Pirates Of The Caribbean: Dead Men Tell No Tales, breaking all sea curses and freeing Will from his sea prison. Captain Barbossa sacrifices himself in the last battle against Captain Salazar to save Henry and his daughter Carina. There is a cutscene following this ending in which Elizabeth and Will are resting in bed. When Will sees Captain Davy Jones across the room, he thinks he’s experiencing a nightmare.

The scenario alludes to the cold-hearted, tentacle-y villain still being alive, despite the fact that he was thought to be dead. It’s possible that the Flying Dutchman’s disgraced commander will appear in this new film.

When Will Pirates Of The Caribbean 6 be Released? 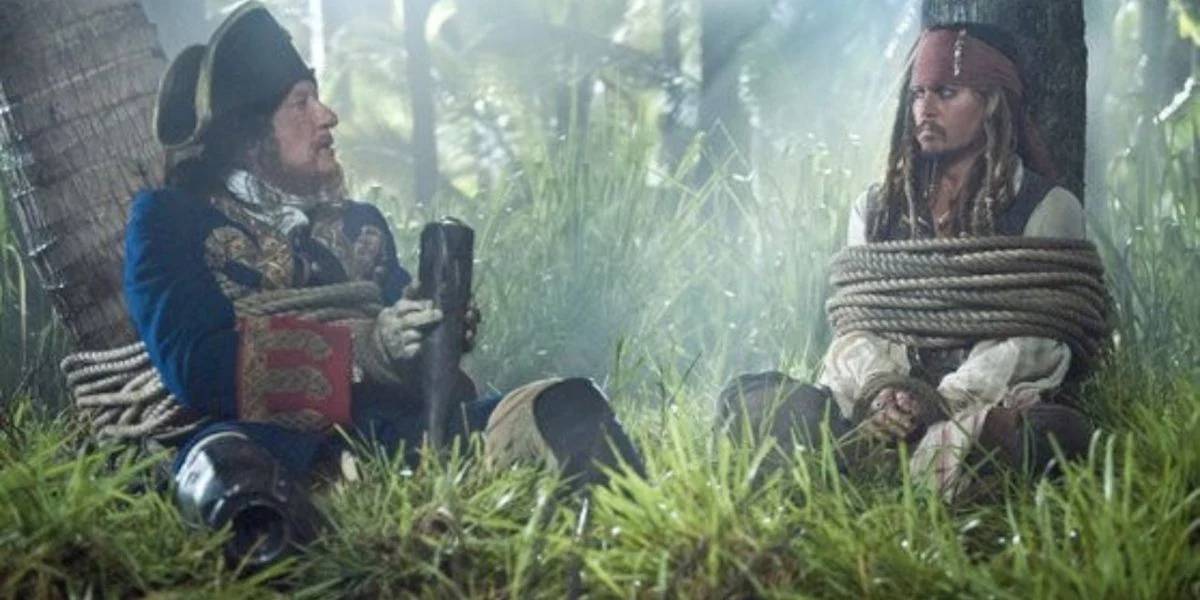 There is no official release date yet, but the franchise’s films have traditionally been released in May or July. While we can speculate on the month in which the new picture will be released, the year is a different matter. We may have to wait even longer if the sixth picture follows the history of four years between the third and fourth films and six years between the fourth and fifth.

Does Pirates of the Caribbean 6 Have a Trailer?

There is no trailer available because the film is still in pre-production and filming has yet to begin. With so much of the new tale still unknown, fans will be eagerly anticipating a glimpse into the redesigned Pirates Of The Caribbean universe.

Who’s Making Pirates of the Caribbean 6? 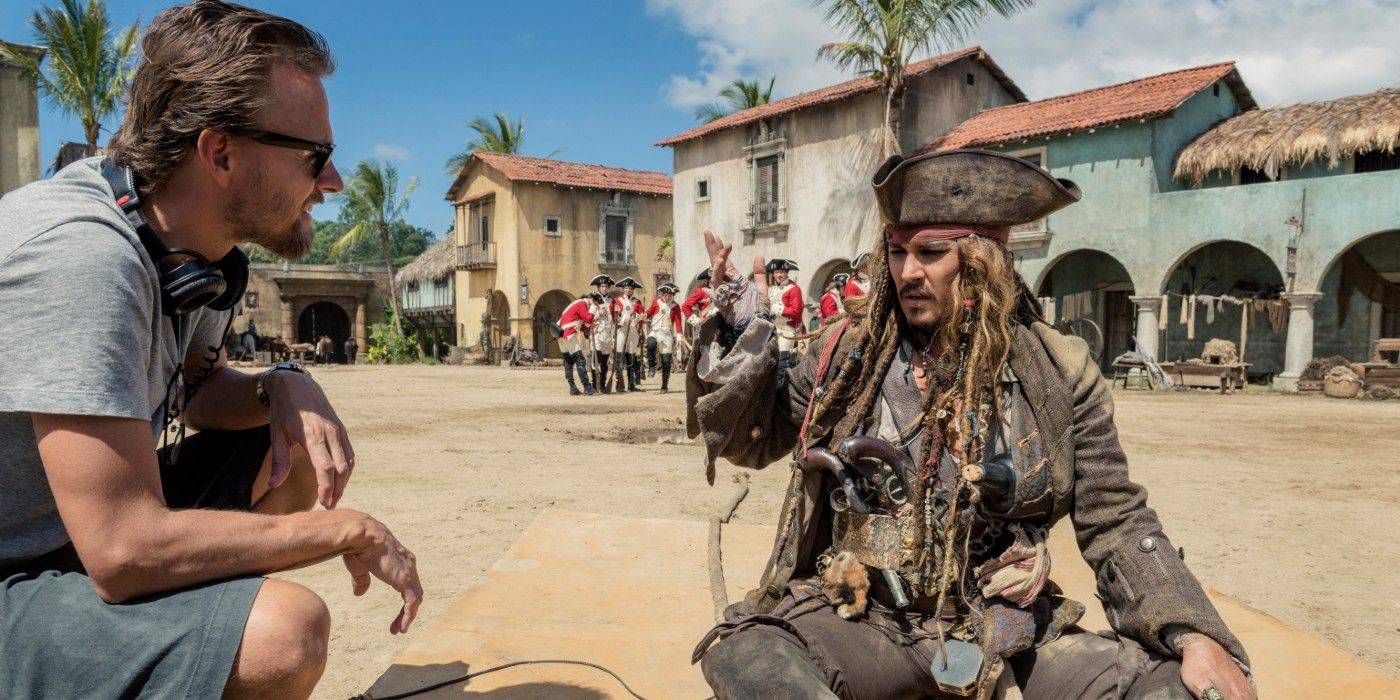 Disney will once again be the production firm because they control the film rights, but who will write and direct the picture is still up in the air. Deadpool’s writing team, Rhett Resse and Paul Wernick, left the project in 2019, with some reports claiming that the story was taken over by Ted Elliot, who wrote the first four Pirates films, and Craig Mazin, who wrote the third and fourth Scary Movie films, as well as the second and third Hangover films.

According to other sources, Birds Of Prey writer Christina Hodson is taking up the screenplay for the sixth feature, with one report claiming that Hodson’s project is unrelated to the one that Elliot and Mazin are working on. If this is correct, moviegoers will be treated to two Pirates films, one following the progeny of the original characters and the other following a fresh plot. The information is hazy, but we are hopeful of receiving a response soon.

Where Is Pirates of the Caribbean 6 Filming? 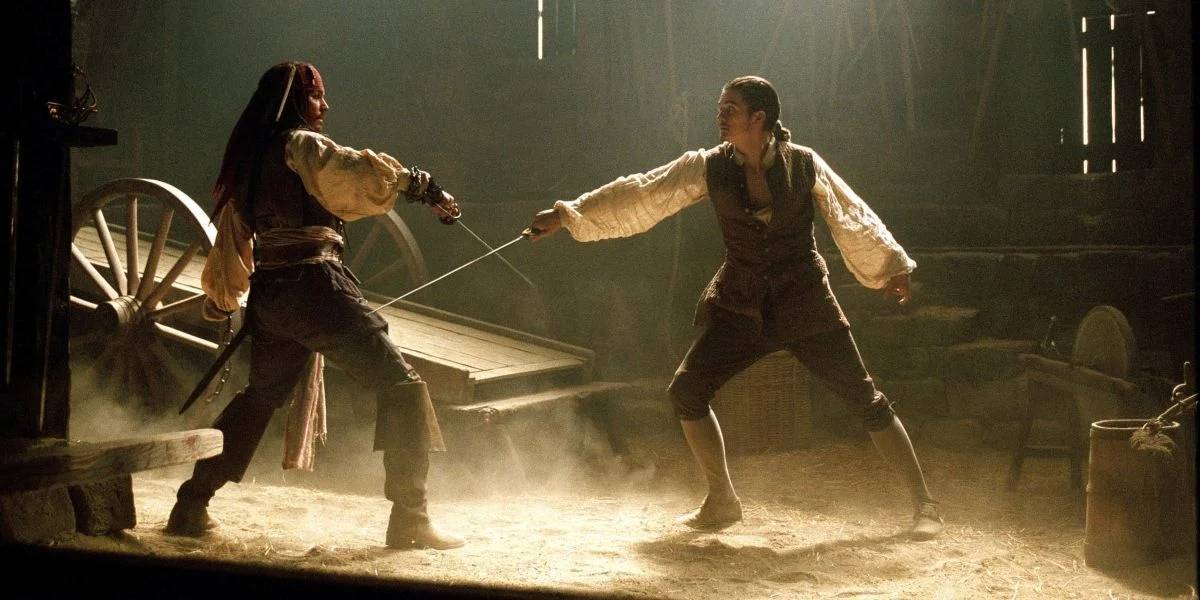 Although no specific filming information has been provided, the majority of the films take place in or begin in historic Port Royal. The port, which was located on Jamaica’s north shore, was a well-known pirate haven. Because the actual harbor was damaged in an earthquake in the 1800s, the film set was built in lovely St. Vincent, Jamaica, with additional shots taken in Kingston.

Hawaii, Puerto Rico, The Bahamas, The Dominican Republic, and the actual port of Tortuga, which is now a part of Haiti and open to tourists, are just a few of the stunning tropical places where the show has been filmed. Regardless of whatever shore this new gang washes up on, the story is likely to center on the well-known pirate refuge ports.

Where Could Pirates of the Caribbean 6 End Up Streaming? 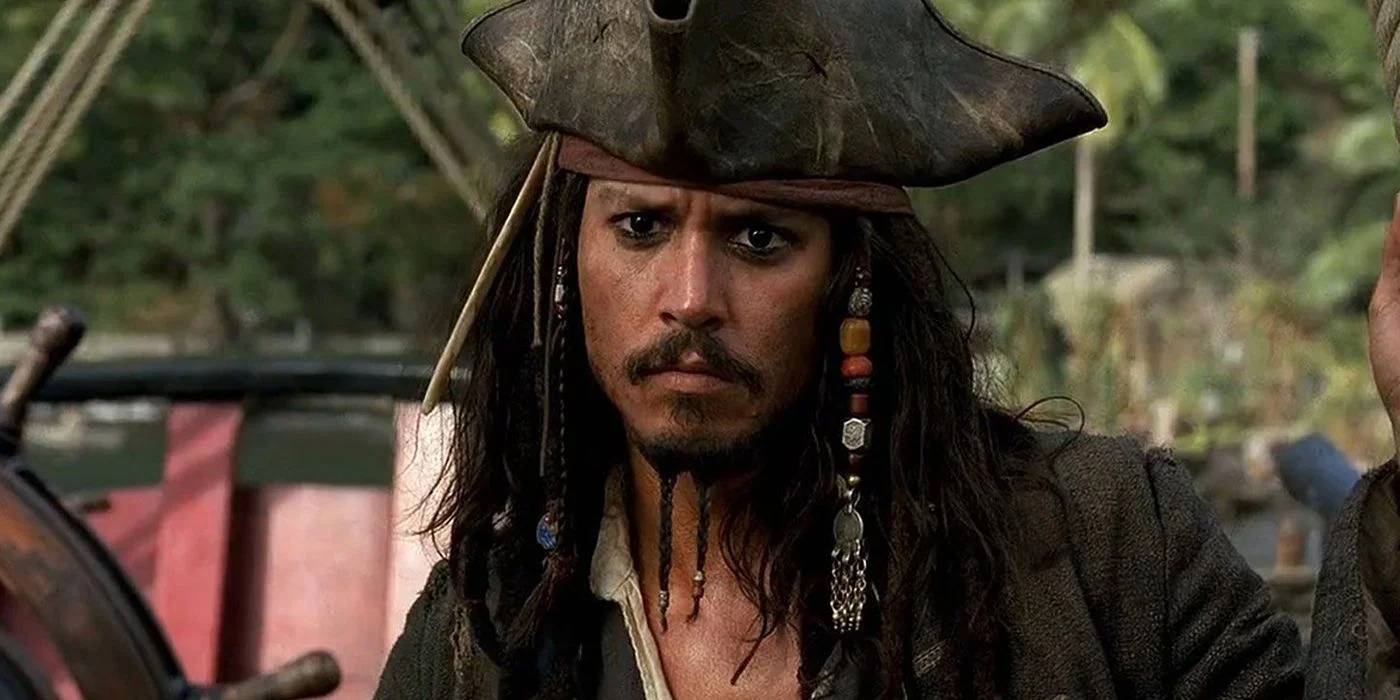 Disney+, the company’s streaming service, began screening its films last year. Most new releases necessitate Plus Premier Access, which costs $30 per month in addition to the $7.99 monthly subscription charge, but is only available for a limited time. The films are then included as part of your monthly subscription at no additional charge.

Pirates Of The Caribbean 6 will most certainly premiere online, with no news yet on whether the picture will also be released in theaters.

Where Can You Catch Up on the Pirates of the Caribbean Film Series?

If you want to rewatch the first five films before the new one comes out, they’re easy to find. All five films are $3.99 apiece and may be seen on Disney+ or purchased on Youtube, Amazon Prime, and AppleTV.