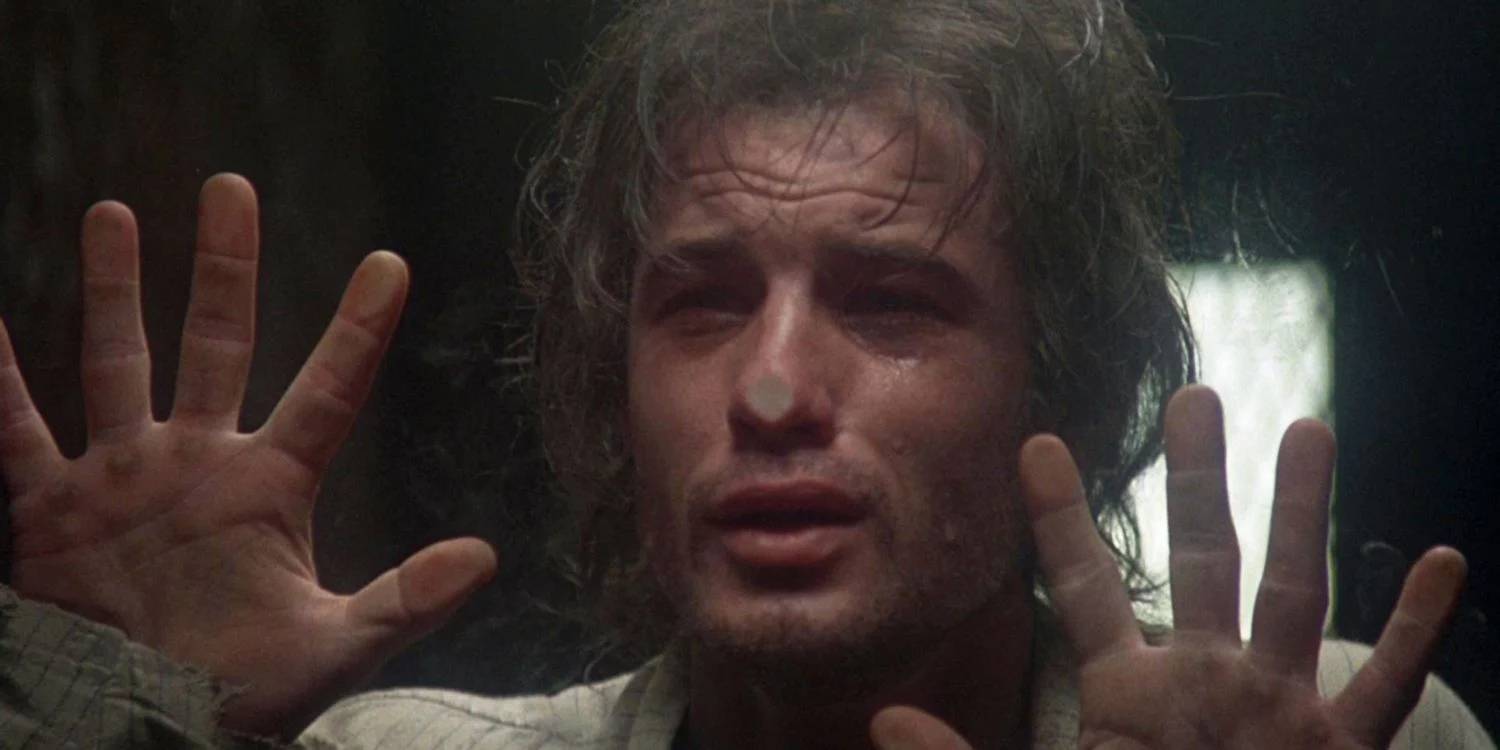 In recent years, the prison-break film has fallen out of favor. When it comes to the best of the sub-genre, the majority of the best originate from decades past, and it’s difficult to comprehend why. Watching a group of inmates plan an escape, carry it out, and then succeed or fail in eluding the cops may have a predictable component to it, but it’s a fun formula.
These are some of the best prison movies ever made. There are fantastic prison movies like The Green Mile that aren’t as focused with the idea of escaping, thus these aren’t the objective best, nor are they the finest prison movies in general. The following are all excellent choices for anyone who like prison films with a strong emphasis on escape. 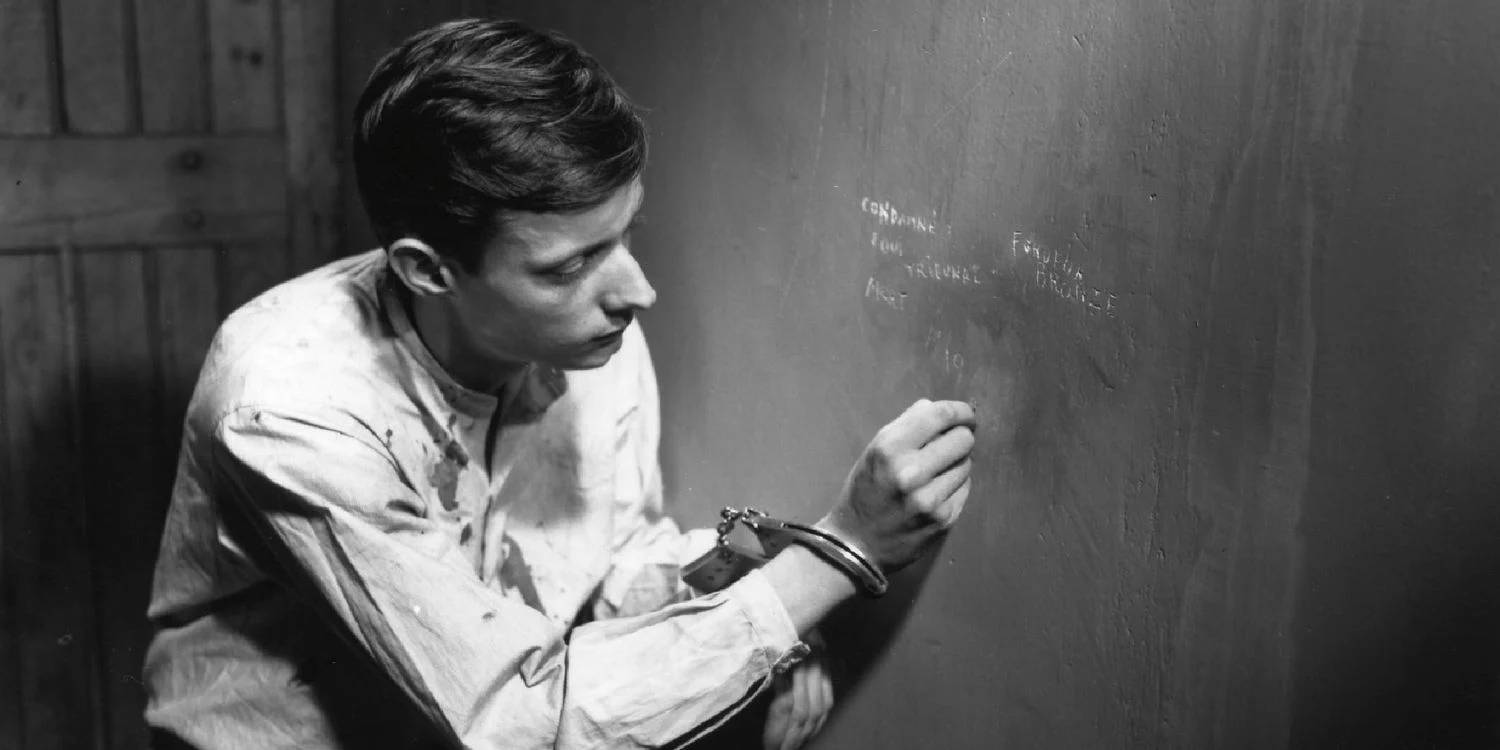 A man escapes in A Man Escaped, so be warned. It’s right there in the title. It is unavoidable. It’s essentially the plot of the film. This is a meticulous, perfectly straightforward French prison film. It’s unusual for focusing solely on one character’s escape efforts, whereas most prison escape movies feature a group of inmates working together to break out. As a result, A Man Escaped has a sense of loneliness and isolation, which makes it even simpler to cheer for the titular man to escape. A Man Escaped is an essential jail picture because it is austere, slow, and wonderful. 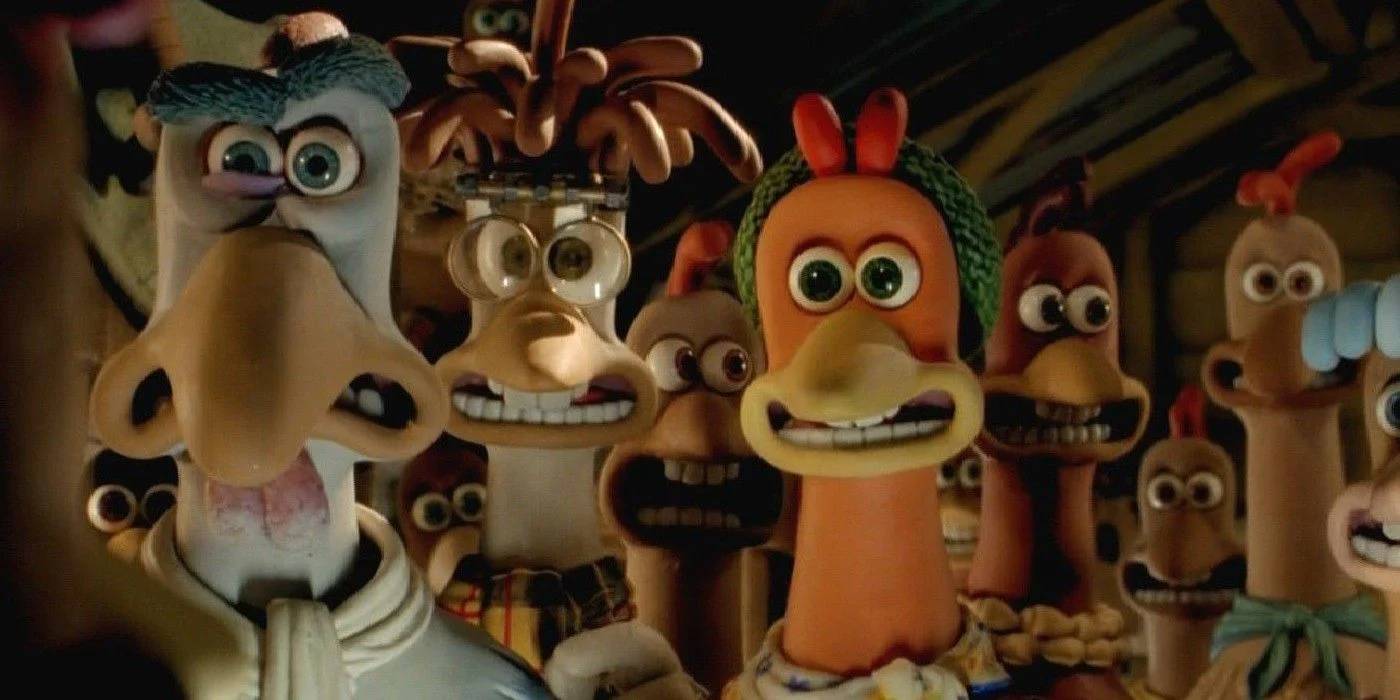 Chicken Run is an homage/light parody of The Great Escape, with its tale about a group of chickens desperate to escape the prison-like farm they live in in order to avoid being murdered and converted into meat.

It features Aardman Animations’ outstanding stop-motion animation (they also created the Wallace & Gromit shorts and movie), and while being aimed at children, it works remarkably well as a prison break film. Even though it’s nearly 20 years old, it’s still popular enough to warrant a sequel, which will premiere on Netflix in 2023. 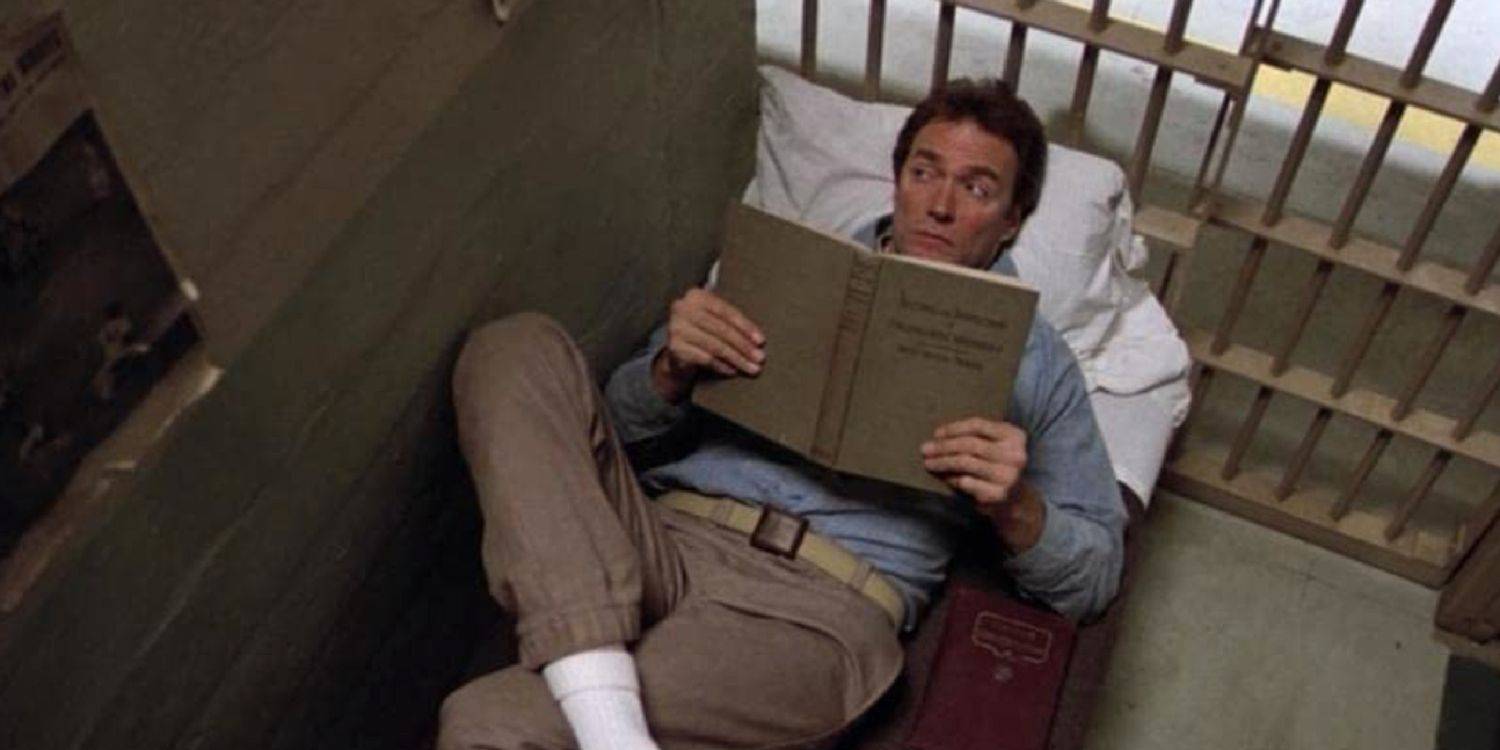 Escape From Alcatraz was based on a real-life escape attempt from Alcatraz, the famed island prison in San Francisco Bay. It is perhaps one of the most memorable Clint Eastwood films in which the iconic actor/director does not play a cowboy or officer.
One of the unique aspects of Escape From Alcatraz is that it was shot in the real-life Alcatraz Prison, which had closed in 1963. Even if the film does not try to be a 100 percent faithful retelling of the true event, this gives the picture a realism that makes the events feel more gripping. 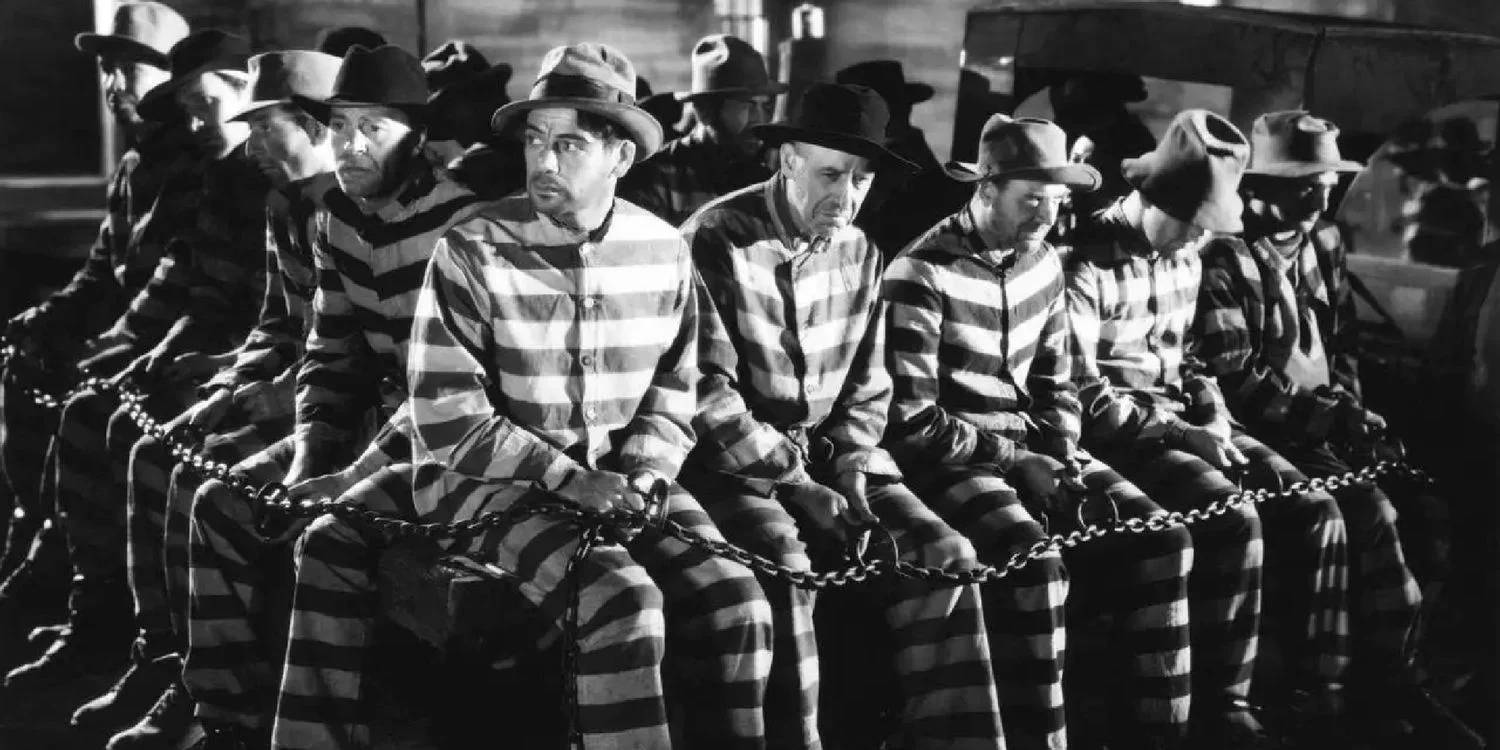 I Am a Fugitive from a Chain Gang, one of the earliest films that may be considered a jail escape film, is, naturally, about a fugitive from a chain gang. Unlike other jail escape films, the main character escapes early in this one, and the most of the film chronicles his life on the run.

It retains a lot of its strength and has a lot of momentum for something that is now nine decades old. Paul Muni (perhaps best known for playing the main character in the original Scarface) is also excellent, and the film as a whole doesn’t feel particularly dated. 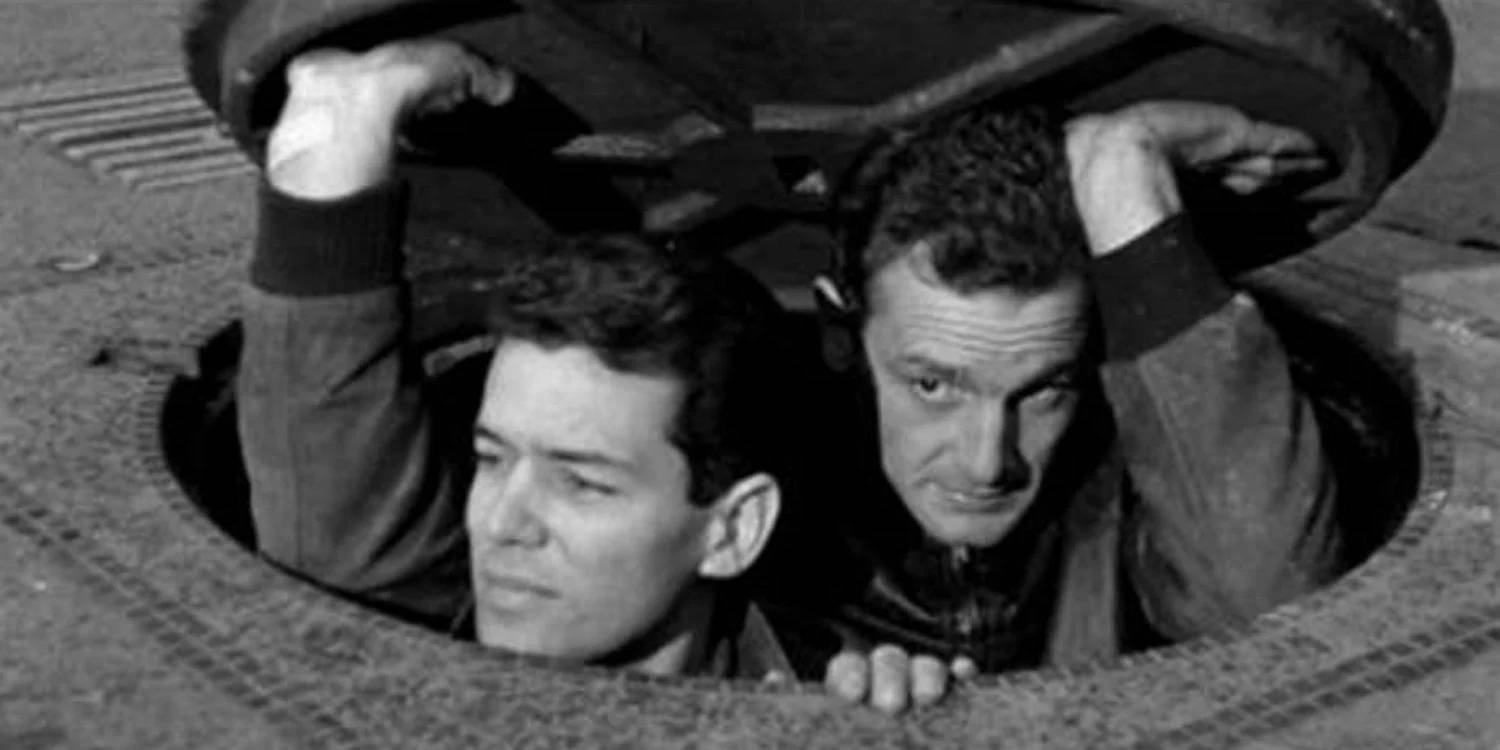 Le Trou (or The Hole in English) is one of the best of the many excellent French crime films that were released in the 1950s and 1960s. It’s a straightforward, almost clinical portrayal of five men attempting to flee a French prison in the 1940s, based on true events.

Le Trou is astonishing in how well it holds up and how engaging it is while being so clear, uncomplicated, and ultimately extremely depressing, thanks to the employment of non-professional performers to contribute to the reality. Although it isn’t one of the most entertaining prison escape films, it is one of the most beautifully done, as well as one of the greatest direct, no-nonsense perspectives on the genre.

Midnight Express is a film that has a lot going for it, but it also has a lot of flaws. It’s based on the true incident of Billy Hayes, an American who was sentenced to a long prison sentence in Turkey after being caught smuggling cocaine.

When interpreting the true story, Midnight Express takes a lot of liberties, and it’s also been criticized for how it portrays many of the Turkish characters. It’s a sloppy and uneven film, but it has some terrific performances, a few memorable tense situations, and a fantastic score by Giorgio Moroder, an electronic musician. For better or worse, as tough as the film and some of its creative decisions are, it is also difficult to forget. 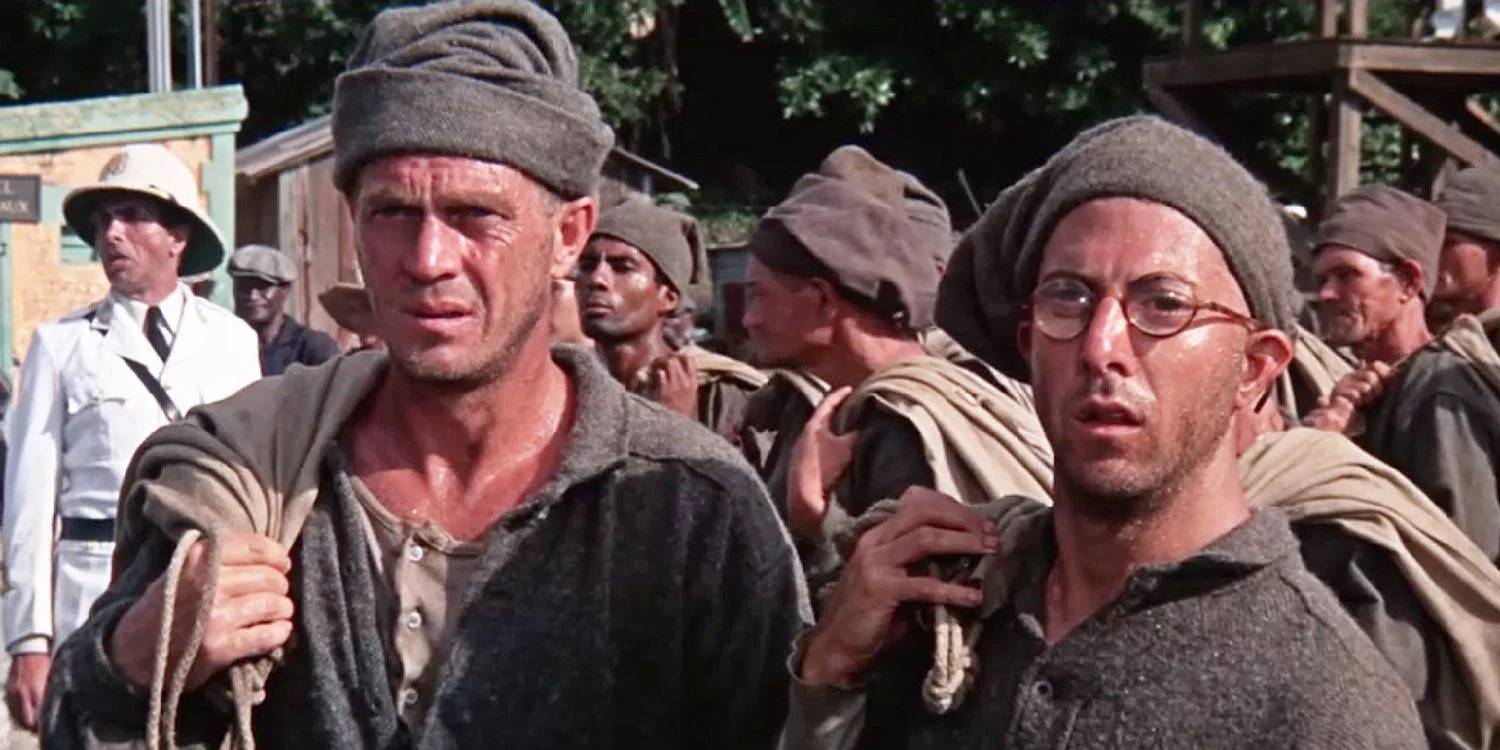 Steve McQueen stars in Papillon, a lesser-known jail escape film. And sure, while it’s not nearly as wonderful as The Great Escape, it’s still a good film about people trying to break free from captivity. Perhaps it was considered as a suitable candidate for a remake because it isn’t as untouchable or famous as The Great Escape.

Papillon stands noteworthy because its actors, Steve McQueen and Dustin Hoffman, are fantastic together, and it has a unique prison setting, as film takes place in a very severe jungle labor camp. Movie’s a little long, especially since it lacks a large ensemble cast to fill its 150-minute runtime, but it’s nonetheless entertaining and ideal for fans of the Great Escape who want more McQueen prison escape attempts. 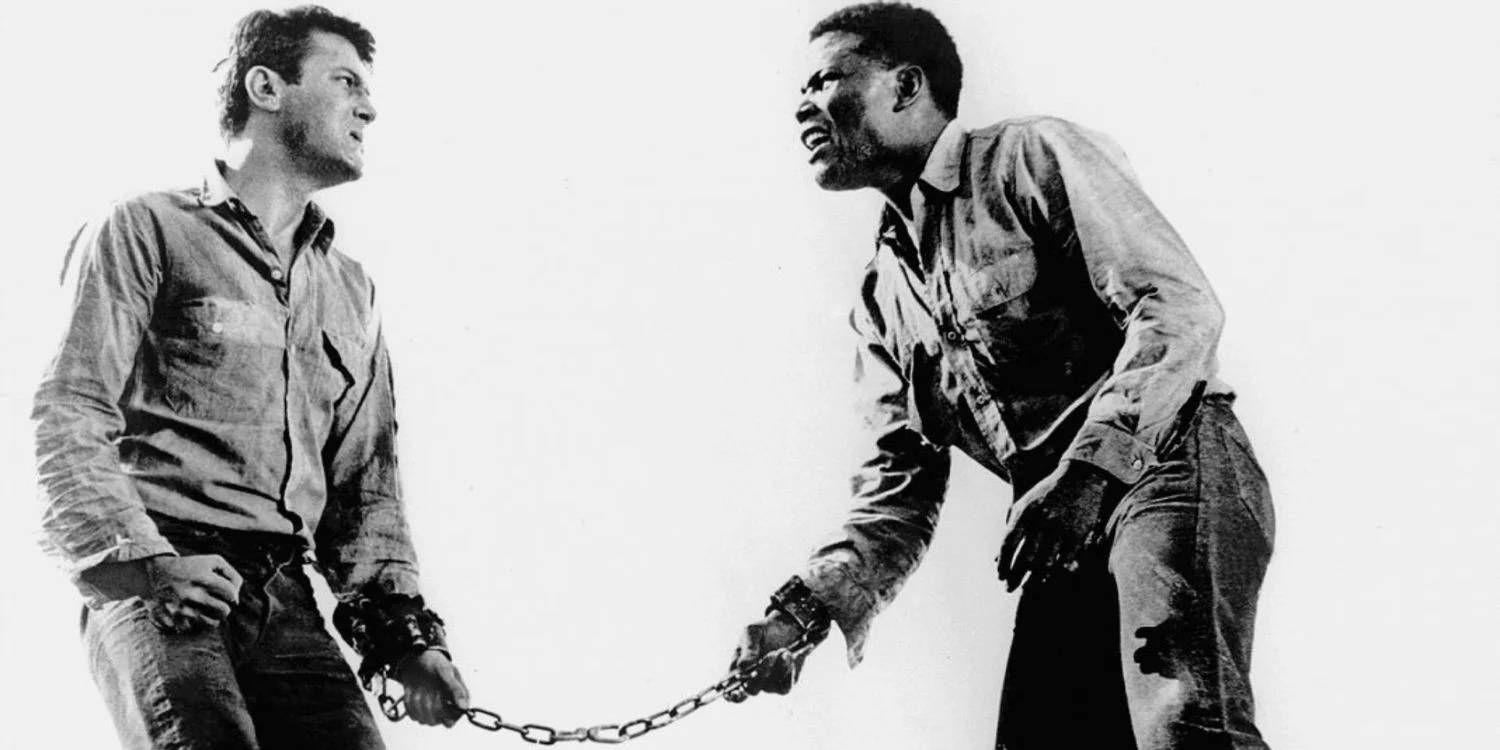 The Defiant Ones also includes Tony Curtis, who plays two escaped prisoners who must work together to dodge the law because they are shackled together when they try their escape (and remain that way for much of the film).

The Defiant Ones becomes a film that is arguably more interested in analyzing racism than in being a plain escape story, but the fact that it does so with this kind of narrative sets it apart. It hasn’t aged perfectly, but it was good for its day and is still worth watching, thanks to its premise and performances, like a lot of 1950s films exploring these kinds of issues. 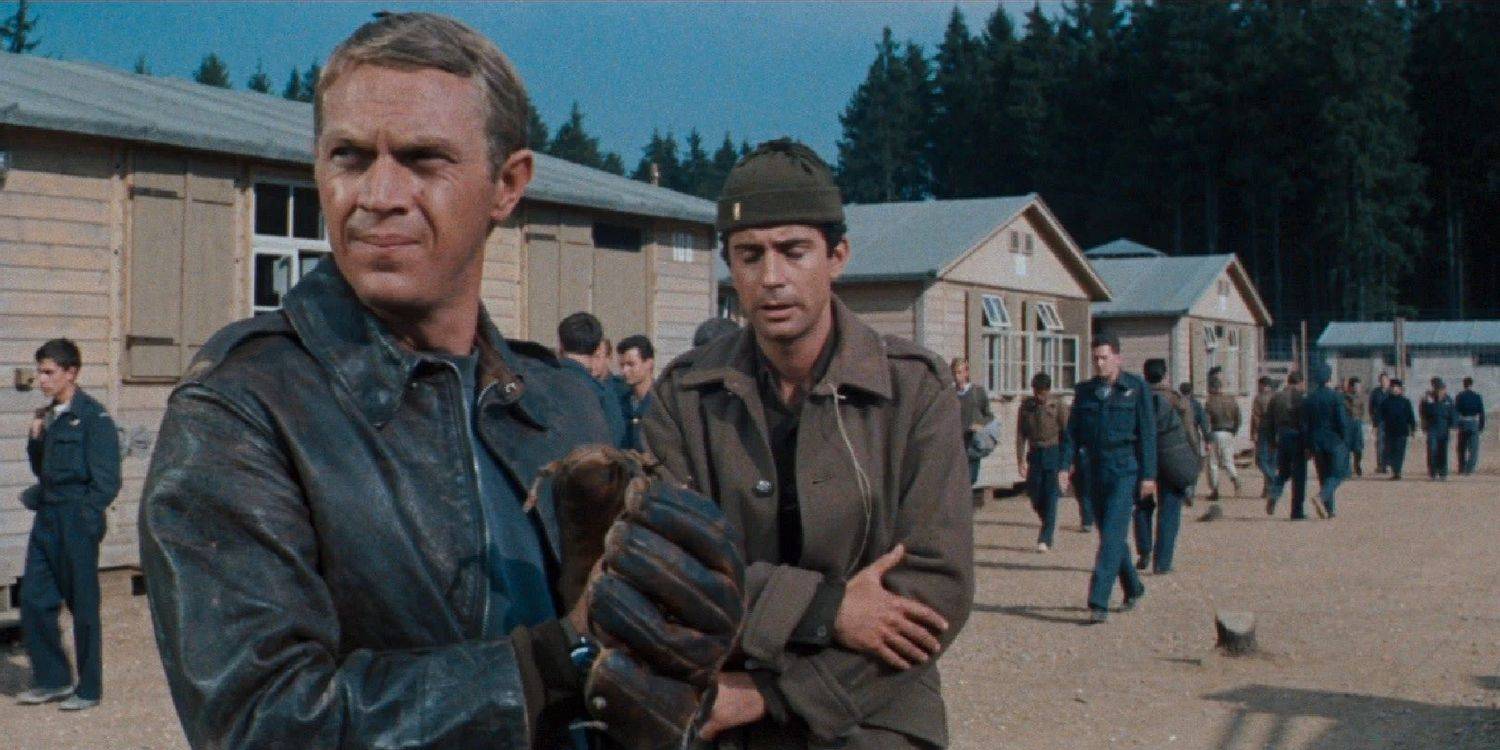 In a nutshell, The Great Escape is fantastic. It’s the archetypal prison escape film, a nearly three-hour epic about a group of prisoners and their scheme to escape from a tightly guarded prisoner of war camp in Germany during World War II.

Although Steve McQueen is the most memorable member of the ensemble, the rest of the cast is equally impressive. Because the characters are so likable, you want them to succeed, and the film is almost entirely focused on that goal, making for a continuously fascinating viewing. There’s also plenty of tension and thrill, and it’s still entertaining after nearly 60 years. 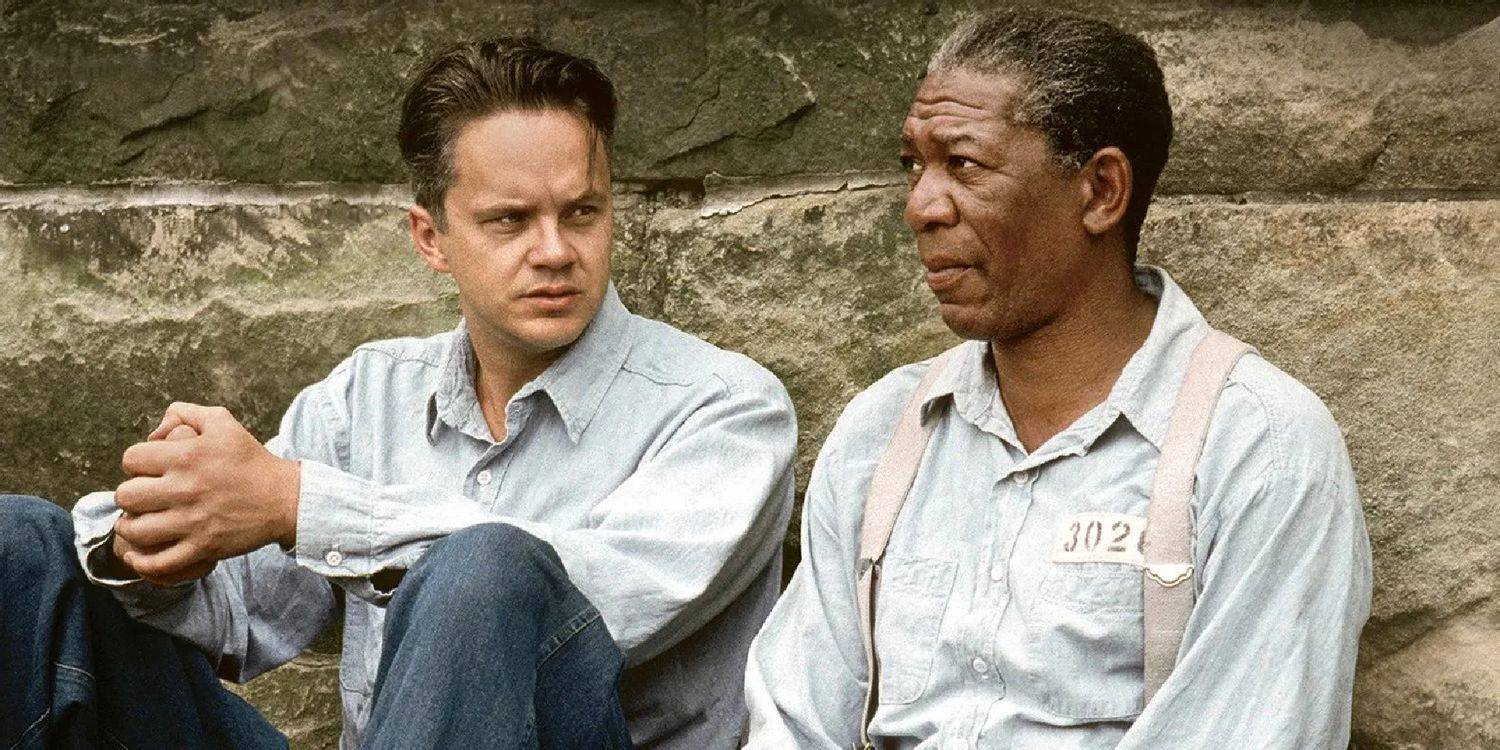 Isn’t it possible that it’s the prison film? The Shawshank Redemption is a character-driven, poignant, and immensely engaging film about a friendship between one prisoner who is resigned to prison life and another who desperately wants to escape. It is the number one film on IMDb’s Top 250, and one of the rare films that no one seems to dislike.

While The Shawshank Redemption focuses more on surviving prison than on prison escape, the latter is nevertheless an important component of the story (and leads to the film’s most famous scene). And it’s not really feasible to compile a list of prison movies without including The Shawshank Redemption, which is both adored and rewatchable.