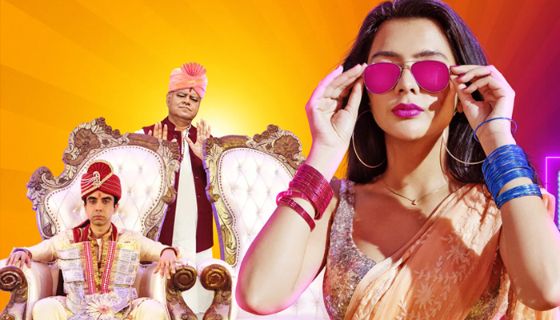 From May 18th, 2021, Runaway Lugaai, an Indian web series, will be available on MX Player. Furthermore, Avinash Das of ‘She’ fame directs the film, with Abir Sengupta writing the script. The series features extremely talented artists such as Sanjay Mishra, Naveen Kasturia, Ravi Kishen, and others, in addition to the compelling story. The comedy-drama online series is also available in both English and Hindi.

Rajnikant Sinha, a young lad and the son of MLA Narendra Sinha, is at the center of the story. Furthermore, he has spent his entire life as a puppet under his father’s control. He also failed to leave an impression on his father. His life then takes a turn when he marries Bulbul, who is diametrically opposed to him. His existence, however, is turned upside down when Bulbul decides to flee without warning. Eventually, a manhunt for her began, which included a slew of theories, political conspiracies, love stories, and more. Keep an eye on the series to find out how the mystery is solved!

Season 1 Of Runaway Lugai has 10 Episodes

It depicts a humorous and exciting life of a husband when his wife runs away, as the title suggests. To begin with, the show is a complete farce. When a character marries an opposing character, it highlights fascinating parts of life. Second, the screenplay and writing department did an outstanding job. Also, kudos to the director’s execution. Finally, the ensemble cast, which includes Sanjay, Naveen, Arya Babbar, Ravi Kishen, Ruhi Singh, and others, performs admirably. They immerse themselves in the character and give it their all. As a result, Runaway Lugaai is definitely on the radar.