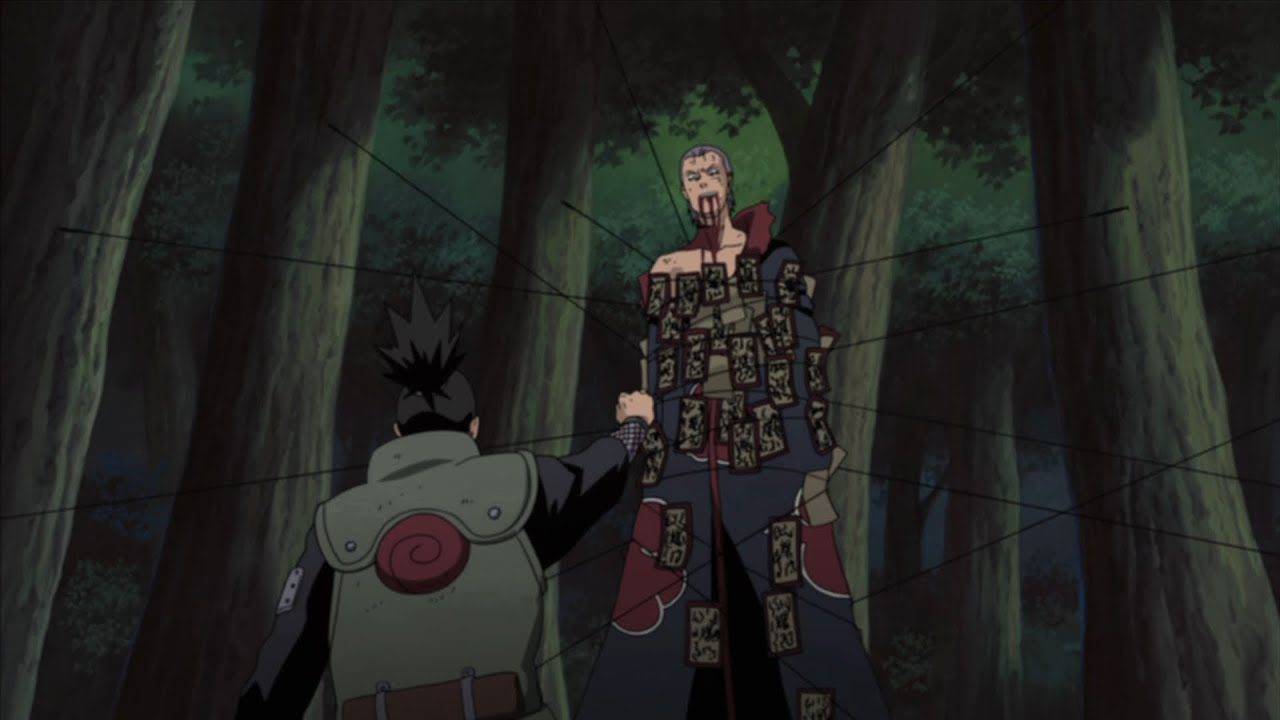 Don’t we all know Naruto is well-known for a variety of reasons? The epic narratives’ many wonderful aspects include growth arcs, character biographies, OSTs, openings, and endings, to name a few. The deaths of so many beloved people added to the story’s tragedy and epicness. If you’ve watched Naruto, you’ll know that there are several deaths that made us cry. We were all of the mind that things should not have gone the way they did. So, in today’s article, we’ll go over the top ten most gruesome deaths in the Naruto franchise.

Deaths played a large role in the Naruto series, and important arcs were built on them. The death of a minor character resulted in the entire plot of a secondary character. Yes, Sasuke was seeking vengeance for the deaths of his parents and clan. Based on this single plan, he went through a lot of alterations. Do you know why Obito initiated the fourth Great Ninja War in the first place? It was due to a death, yes. Although there were several horrible deaths in the Naruto franchise that made a lasting impression on us. So, let’s get straight to it and talk about Naruto’s top ten most terrible deaths. 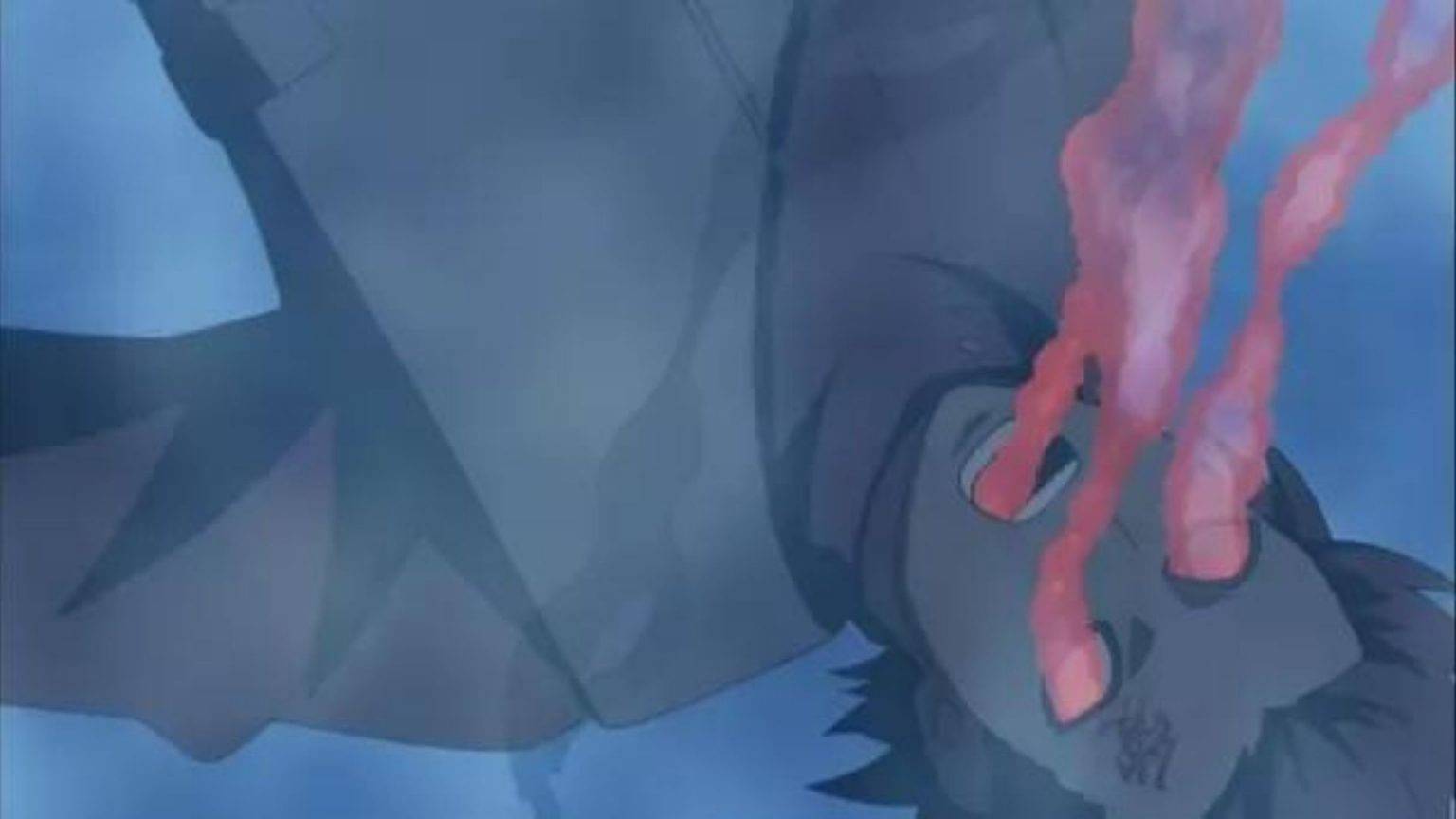 Gaara died in the start of Naruto Shippuden, if my memory serves me well. Gaara was kidnapped by Deidara and Sasori, who took the one-tailed beast Shakaku from him. If the beast tail was removed from a jinchuriki, or a human with a tail beast inside of them, they would die. The technique is terrible because it torments the jinchuriki’s body and drains all of their chakras, effectively killing them. It was one of Naruto’s most shocking deaths, aside from being violent. Gaara was a fan favorite. Despite the fact that we all know Gaara did not die as a result of the Sound Village’s granny Chiyo. Gaara was brought back from the brink of death by Granny Chiyo’s own life chakra.

The first antagonists in the Naruto Series are at the top of the list. Zabuza was a mercenary, and he was accompanied by Haku, a beautiful young man. These two showed how difficult the shinobi path is in the Naruto universe. Despite the fact that they were antagonists, their deaths were devastating and illustrated how violent ninja warfare is in the Naruto series, with serious implications.

Naruto transforms into one tail mode during the combat and nearly kills Haku. Kakashi’s punch, which was meant for Zabuza, however, wounded Haku as he rushed in to defend Zabuza. Zaubuza was also assassinated by the persons who hired him. The latter requested to be buried alongside Haku in the hopes of achieving redemption and remaining with Haku in the hereafter. 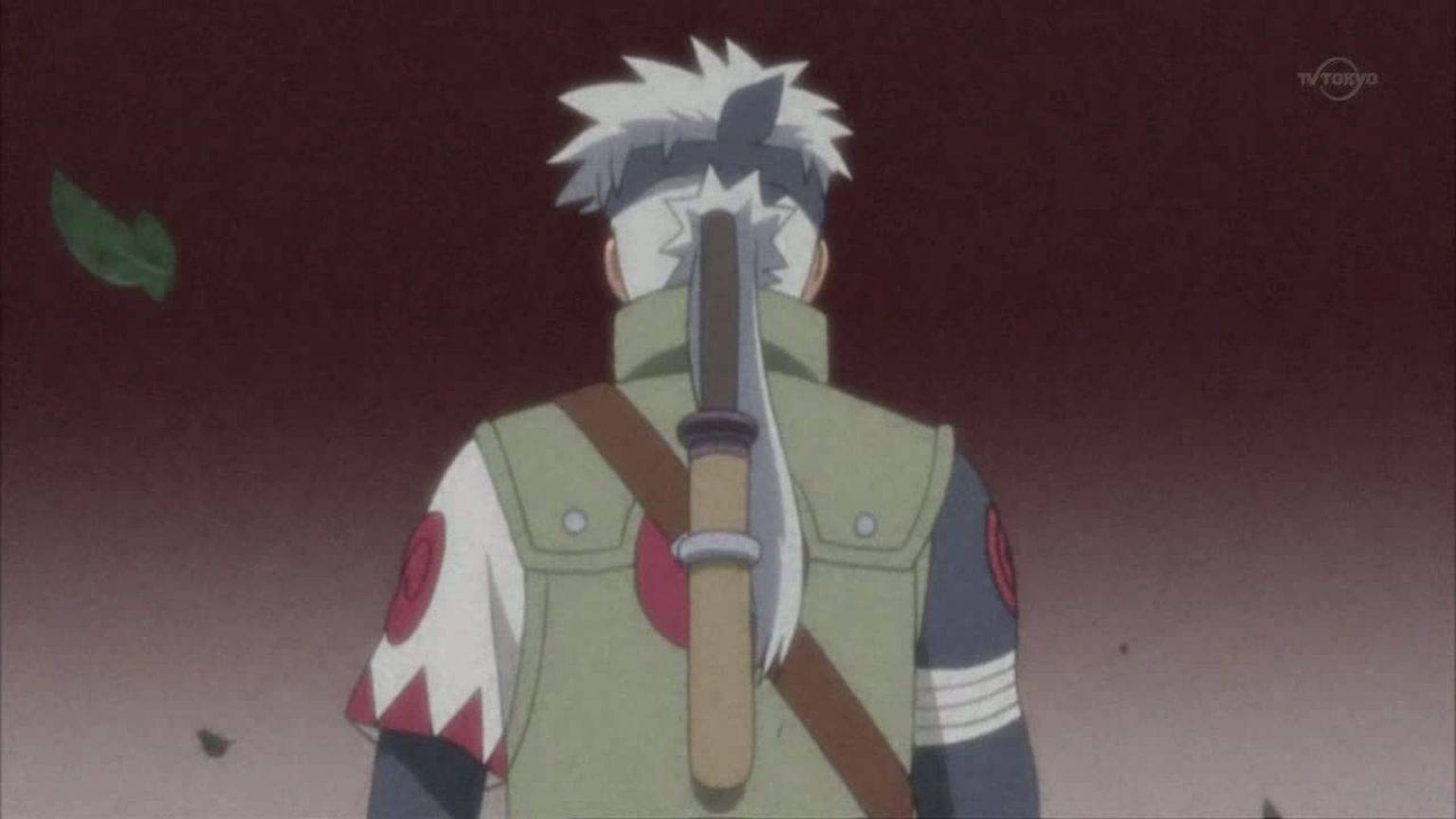 Suicide is one of the most heinous ways to pass away. Because hating oneself so deeply that you saw no other option than to kill oneself is the worst thing that could happen to you. Kakashi’s father, Hatake Sakumo, committed suicide, one of Naruto’s most heinous deaths. Hatake Sakumo once abandoned a mission to save the lives of his companions. The Konoha village residents were enraged, and he was dishonored for his acts on the assignment. Even the people he rescued thought he was a hero. Sakumo became depressed, and he eventually committed suicide.

I hope you remember this immortal character who died in one of Naruto’s most gruesome deaths. He was actually buried alive rather than dead. Many people believe that being buried alive is one of the worst things that can happen to someone. Hidan is a member of the Akatsuki, and he and Kakuza have formed a duet. For a variety of reasons, they were termed the “immortal combination.” Hidan is an arrogant and rash fighter who puts his faith in his deity Jashin above all else. After murdering Asuma, Shikamaru vowed to annihilate this immortal fool and buried his head below. 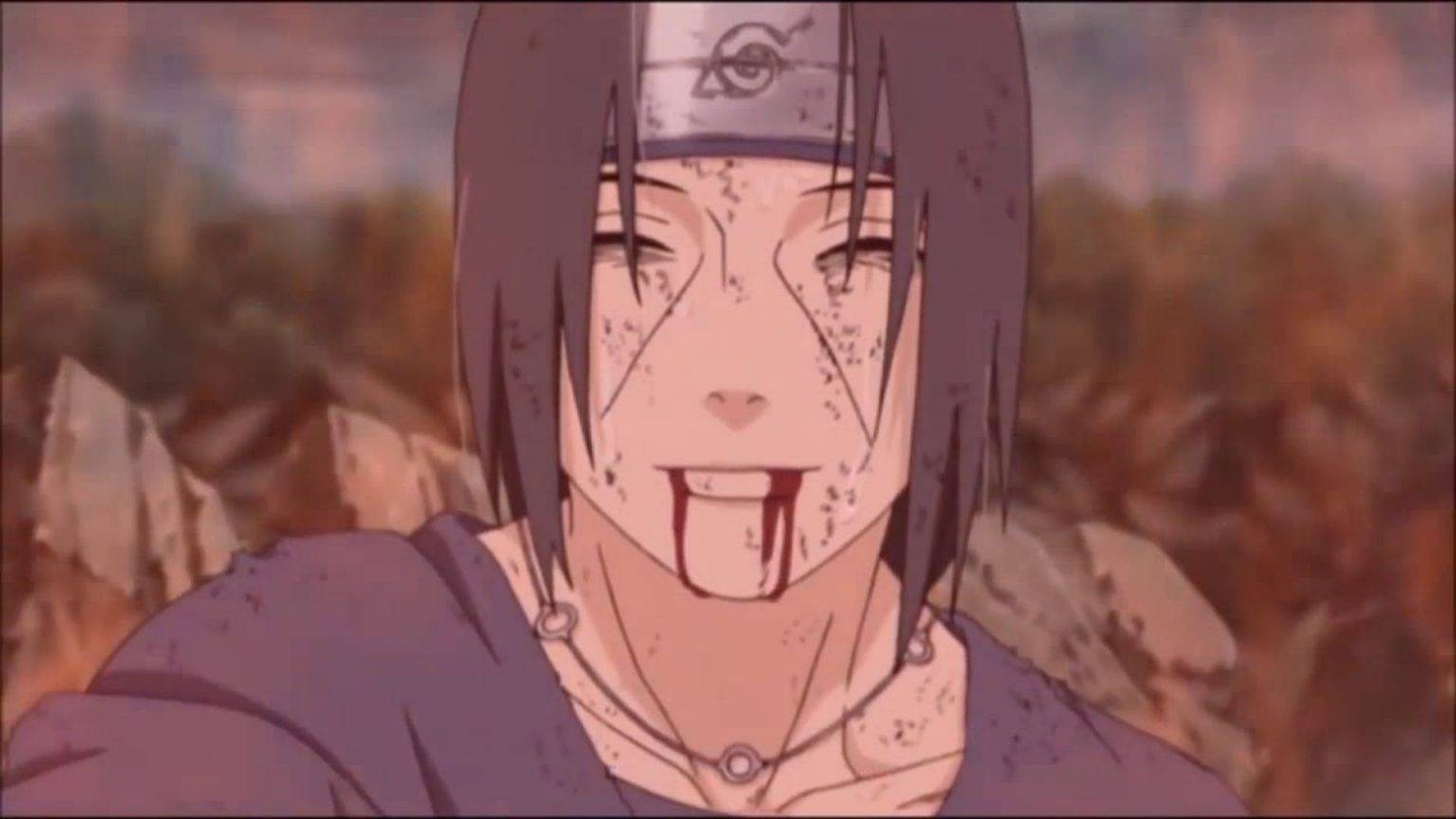 Itachi’s death was particularly cruel because most people, including us and Sasuke, were unaware of his true identity when he died. It was shocking to see Itachi die while he had the upper hand in the fight with Sasuke. Itachi was a young prodigy who knew what was right from the start. We didn’t want him, but he was the Hokage we deserved.

Itachi’s life was one of the most difficult in the Naruto series, with him suffering from a long-term illness, sacrificing so much, murdering his parents, and even having his baby brother, whom he loves, hate him. We may argue that, aside from being terrible because no one understood what he did, his death was a relief for him, allowing him to relax and not worry. 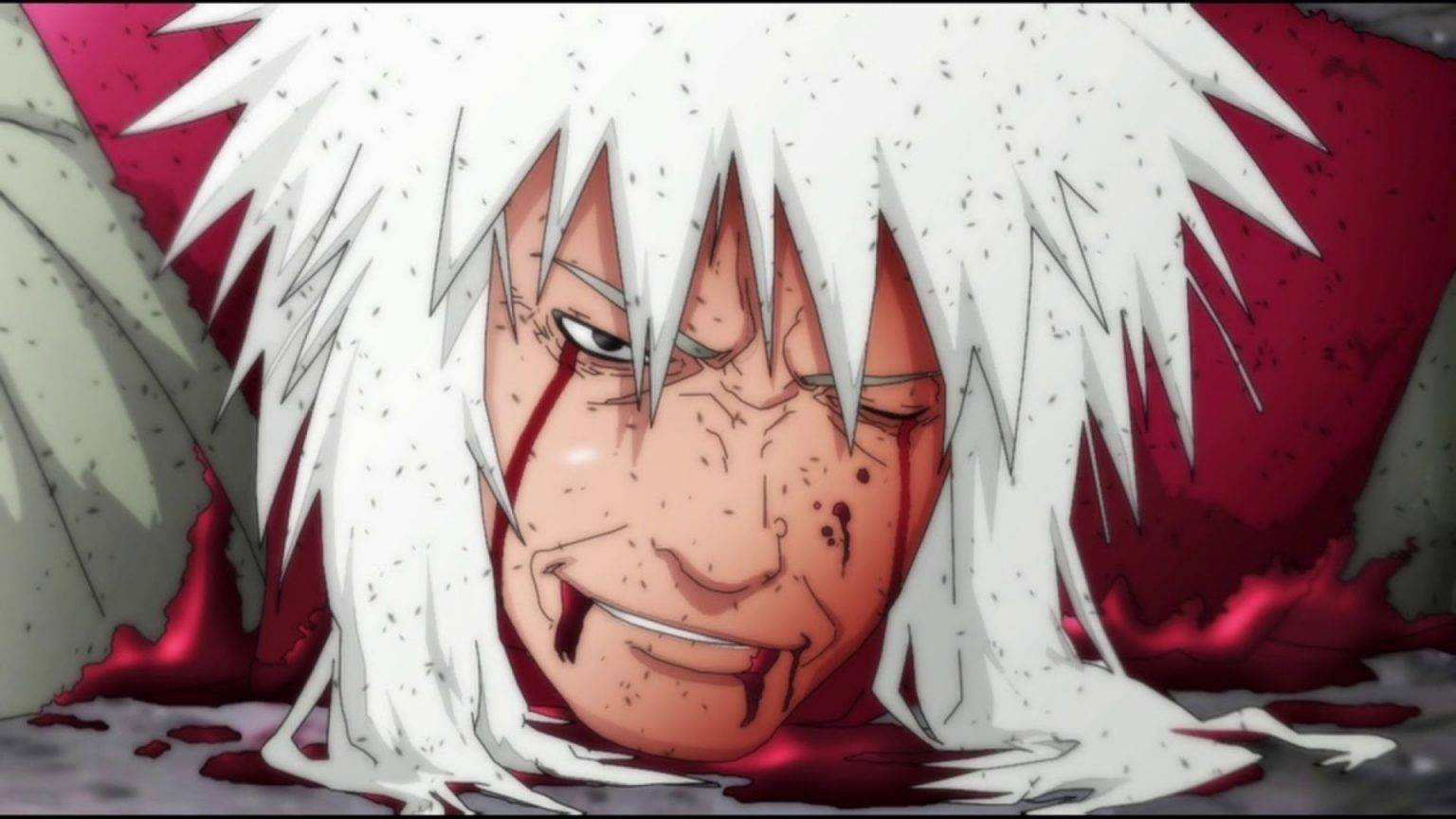 Jiraya’s death was made all the more violent and tragic by the fact that he was slain by one of his own students. While pondering what his newest apprentice Naruto might do, he was stabbed multiple times in the back and drowned in the water. Despite his death, he managed to send a message for the Konoha village, warning them of the Pain’s actual body and assisting in its annihilation. Jiraya was a master to the three war children, Yahiko, Nagato, and Konan. He prepared them for battle and aided them in surviving the war’s aftermath.

The three students launched the organization “Akatsuki” in order to create a more peaceful and violet-free society. Despite this, under Obito’s influence, Akatsuki morphed into a terrorist organization. The time Jiraya left Konoha village and the conversation he had with Tsunade pointed at Jiraya’s death. Nagato Uzumaki, Jiraya’s own student, assassinated him before he could even speak about it. 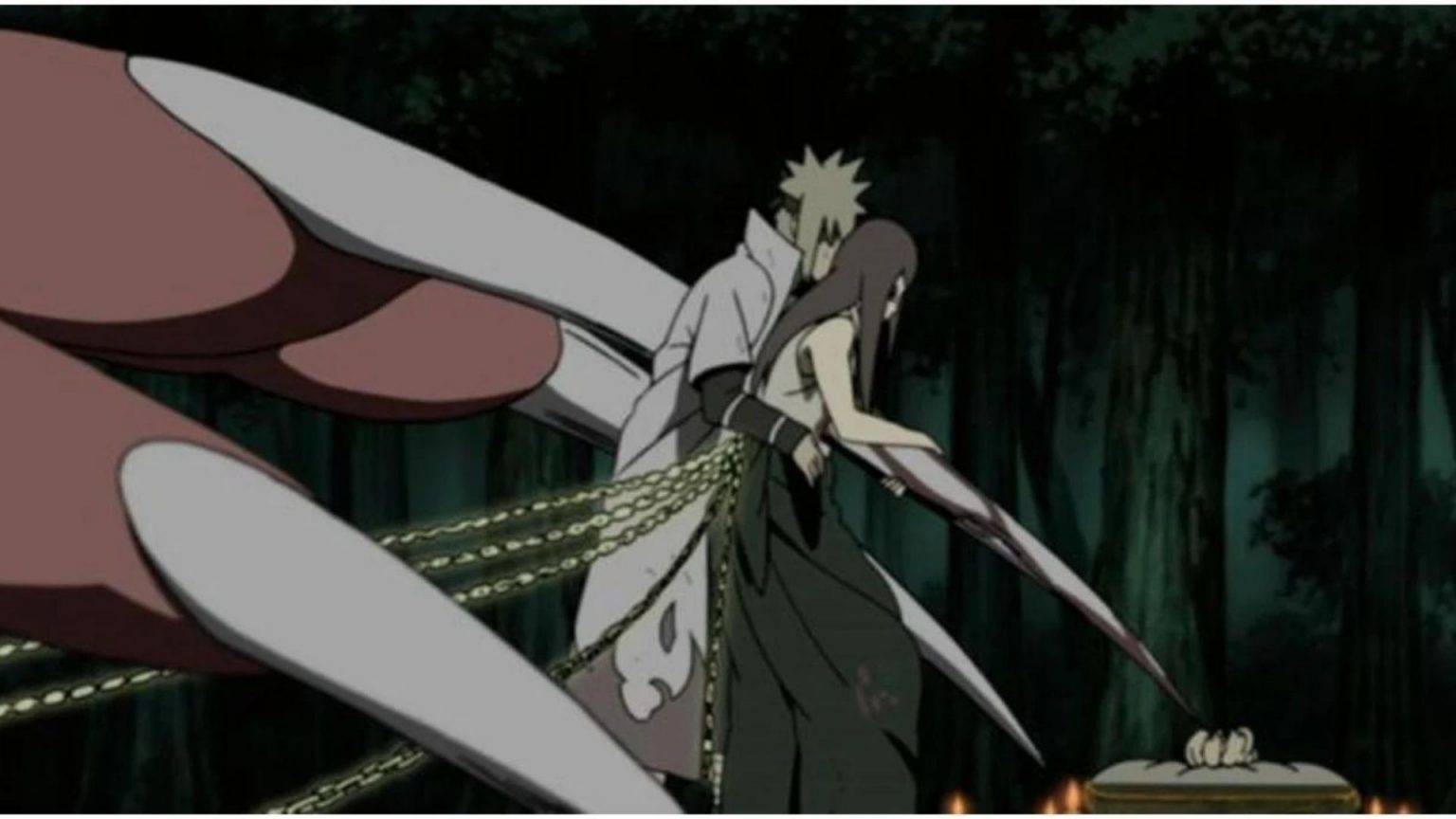 The deaths of Minato and Kushina, as well as Jiraya and Itachi, are among Naruto’s saddest moments. Obito saw an opportunity during Kushina’s childbirth and unleashed Kurama the Nine Tail Beast, inflicting havoc on Konoha Village. Minato confronted Obito, and together with Kushina, they defeated Obito and put an end to the nine tail beasts.

Stopping them, though, came at a high price. While defending their newborn baby Naruto, Minato and Kushina were pierced by Kurama’s claw. They had to view their newborn baby while coughing up blood and sealing the beast into the new infant, which was one of Naruto’s most brutal deaths. 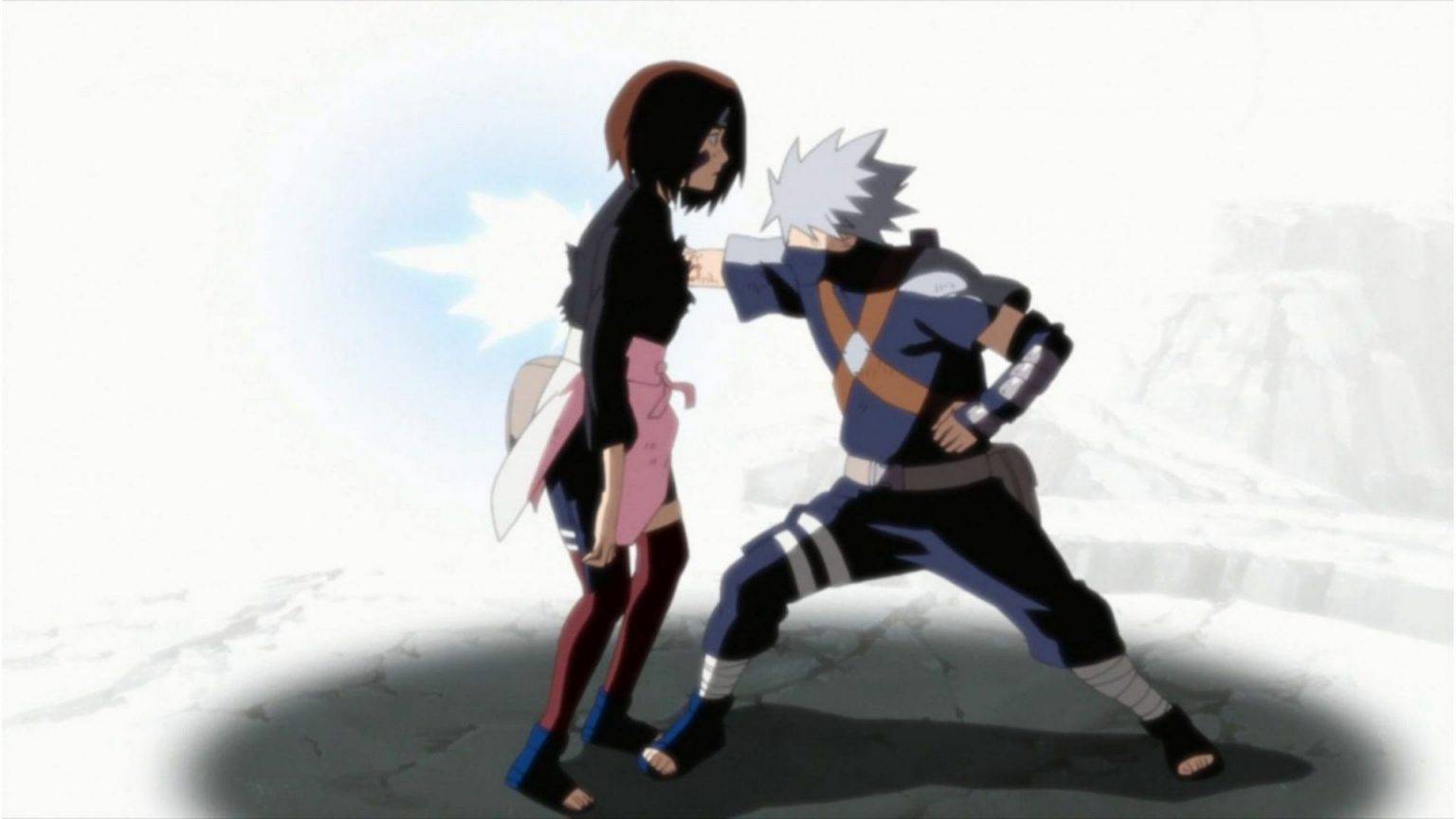 One of the worst things that may happen is that they kill one of their own friends. Furthermore, Madara staged Obito’s death in order to guide him down his chosen path. As part of Madara’s strategy, the secret mist village shinobi kidnapped her and implanted the Three Beast Tail, Isobu. The plan was for the beast tail to go rogue after Rin was rescued and returned to Konoha village, causing havoc in the hamlet. As Kakashi severed Rin’s heart, she gave herself up. Later in the series, this predicament led to a slew of negative outcomes. One of the few examples is Obito’s launch of the fourth Great Ninja War. 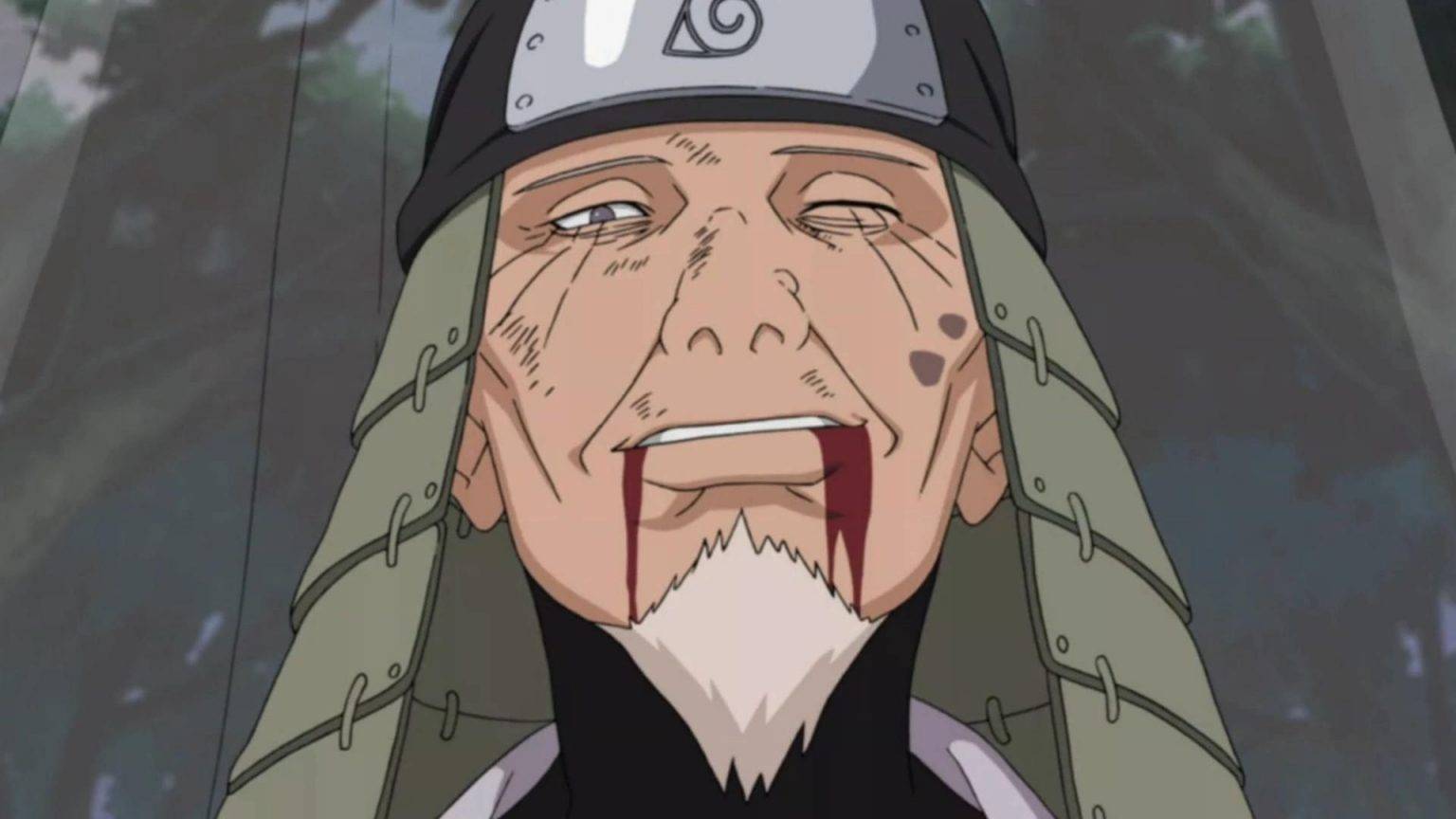 If we’re talking about students murdering their own instructors, the Third Hokage’s death comes to mind. A Hokage’s death is noteworthy because he or she is one of the most powerful persons in the village and serves as a guide for the rest of the inhabitants. What started as an exam quickly devolved into a fight between a former instructor and a student. Jiraya, Orochimaru, and Tsunade were all trained by Hirzuzen Sarutobi, a legendary senin.

The struggle between Orochimaru and the Third Hokage was taking place in the sound four shinobi’s trap. Although technically, Orochimaru did not murder the third Hokage because he died as a result of a banned Jutsu that locks a person’s chakra. The method is difficult since it requires the sacrifice of one’s life in exchange for sealing one’s chakra. Sarutobi’s death was one of the most gruesome and horrifying in the Naruto series. 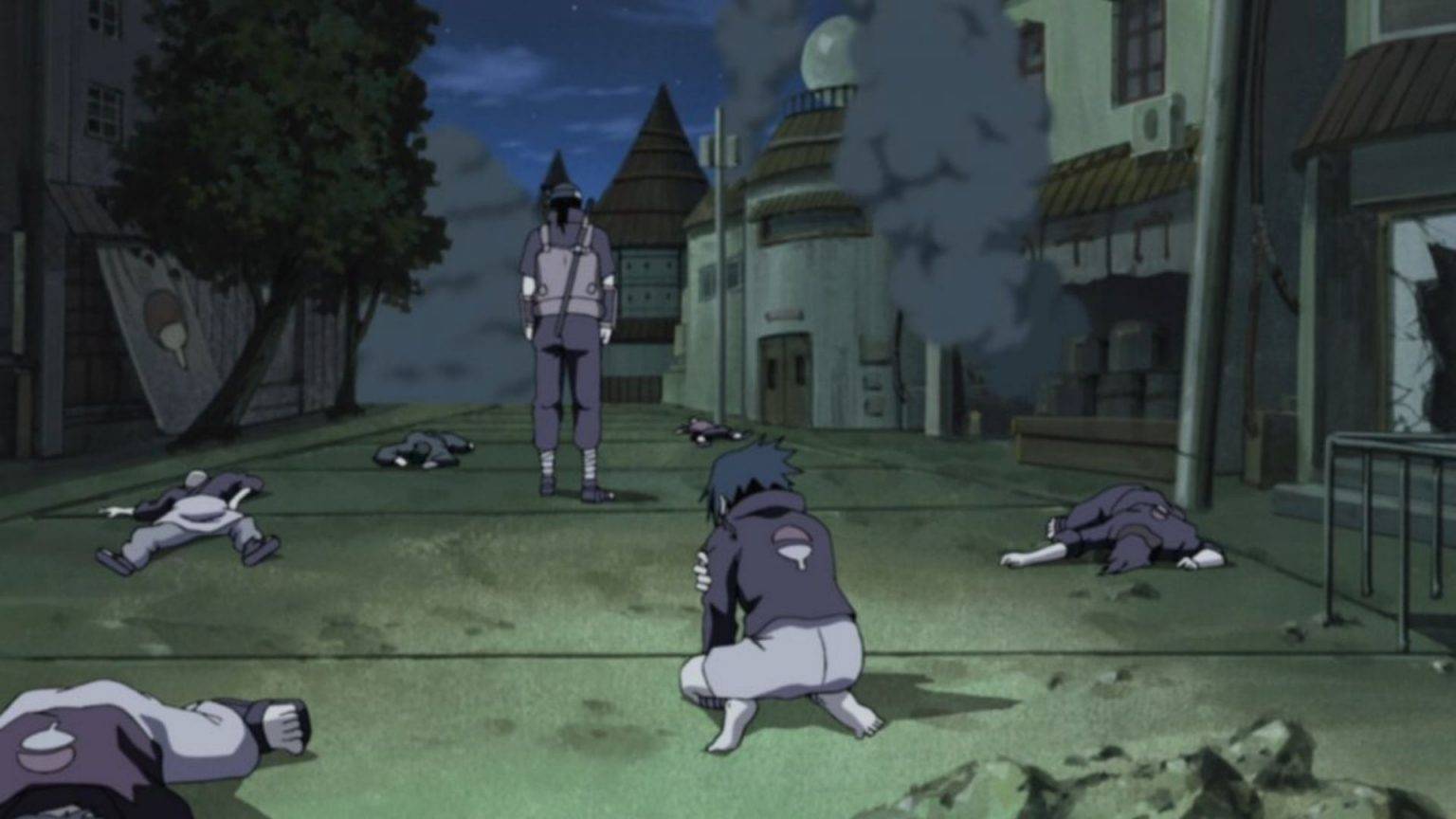 What could be more horrible than committing genocide on a group of people? The Uchiha clan’s night, which appeared to be another peaceful night, was broken by a strike that wiped off the whole Uchiha clan, including all women and children, leaving only a brother. This is one of the most gruesome deaths in the Naruto franchise. It’s more worse to consider that a thirteen-year-old was forced to murder his parents.

The assassination of the Uchiha Clan resulted in one of Naruto’s most pivotal plot twists. All of this was done to avoid a civil war, which would have resulted in much more deaths. It was a choice between murdering a small percentage of the inhabitants or initiating a year-long battle in the hamlet.