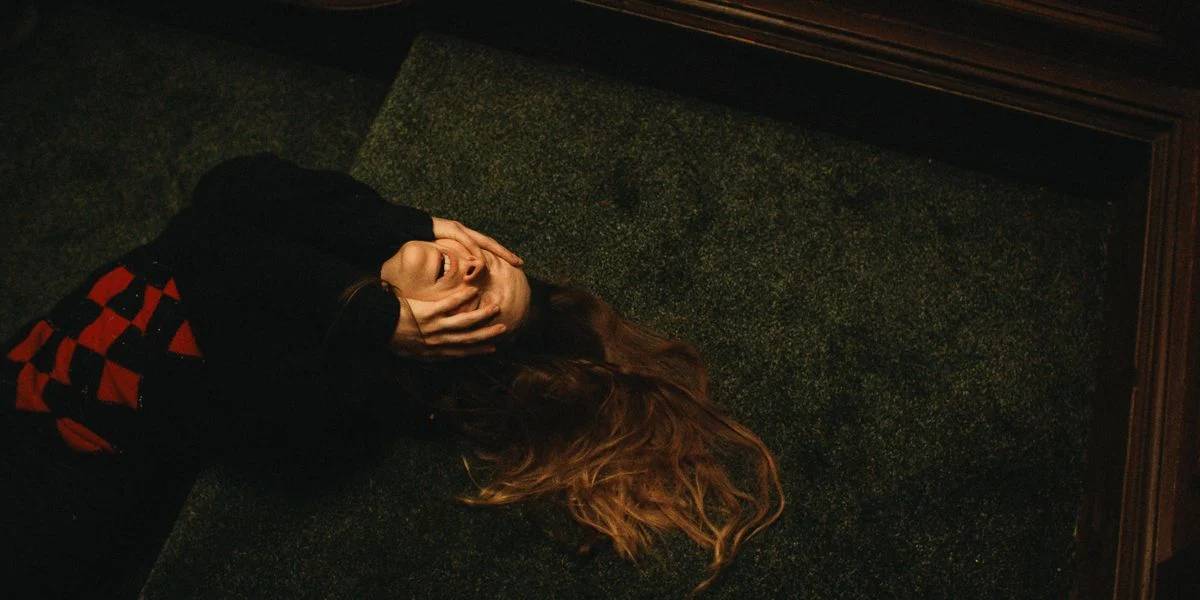 ‘Saint Maud’ Ending Explained: What Exactly Happened In The End?

Saint Maud is the feature film debut of writer-director Rose Glass. It follows Katie (Morfydd Clark), a young woman who likes to go by the name Maud. She works as a private nurse and is driven by her strong religious convictions. She’s also unusually lonely. As a result, when she starts caring for the terminally sick Amanda (Jennifer Ehle), her awkward fascination with her is unavoidable as well as unsettling to observe. Maud’s religious devotion serves as a way for her to both hide from and navigate her life. It’s also how she tries to connect with Amanda, as if she’s presenting your two greatest friends and hopes they’ll get along.

But, in case you haven’t seen the movie yet, Maud and Amanda don’t become best friends. Instead, Maud murders Amanda before fleeing to the seashore, where she either transforms into a literal angel or conducts public self-immolation. Much of the picture, both in terms of color and sound, has been muted up to that moment. The film’s conclusion is a magnificent, jarring sequence of visual and sound that, despite its terror, provides catharsis.

Maud’s violence at the end of the movie isn’t unprecedented. We get brief flashbacks of an incident she was involved in at her prior employment throughout the film, and it’s strongly hinted that whatever she was involved in was incredibly painful, though her exact role in the event is unknown. Saint Maud is uninterested in seeing the world through the eyes of anyone besides the eponymous figure. Perhaps this is why we can’t get away from Maud’s prior trauma any more than we can look at it closely enough to figure out what happened.

Maud is driven ahead in her desperate search for salvation and connection by whatever it is she carries with her – guilt, trauma, or both. The ending – and, really, the entire picture – shifts just out of grasp of complete comprehension, and it’s the resulting uncertainty that makes it such a terrific horror film. Many indie filmmakers today are exploiting the horror genre’s typical trappings to explore very real, human situations. Saint Maud is used by Glass to examine the state of a young woman’s loneliness.

That isn’t to argue that Maud’s interest in Amanda stems solely from a need for camaraderie and connection. Given Maud’s history, it’s also completely feasible that she’s attempting to atone for past transgressions by performing good things in the present. Maud may achieve something bigger by saving Amanda’s soul, something she believes she is lacking and potentially destined for.

Despite the surrealist tone and imagery of the film, Saint Maud is dealing with a very genuine situation. Aside from the film’s main character’s loneliness, religion is a prominent and clear element. Maud’s religious fervour has gotten to the point where it pervades her every encounter. Despite Amanda’s evident lack of interest in religion or in Maud beyond a quiet enjoyment, she makes every effort to connect with her in order to convert her to Catholicism.

Maud sees herself as a savior, while Amanda sees her as a pest who is becoming increasingly problematic. The contrast between how Maud perceives herself and how the rest of the world sees her is never more starkly demonstrated than in the closing scene, which alternates between her saintly vision of herself and the awful incident that we’re given to believe is taking place on that very public beach.

Maud’s determined efforts to convert her are tolerated throughout the film, at first with something similar to compassion, then with increasing sarcasm from Amanda. Amanda refers to Maud as her “Little Savior,” and we take this to mean that she is amused and annoyed by her persistence. Maud, on the other hand, sees this as evidence that she is making serious progress toward sainthood. Maud tries to view herself through the eyes of others, but she is trapped in a fantasy version of herself that harms her and those around her.

The audience is trapped within Maud’s damaged brain by Glass and her collaborators, and it is a horrible, lonely place to be. The success of that established narrative point of view contributes to the ending’s perplexity. We are well aware that what is happening to Maud, as well as what she has done, is heinous. Nonetheless, Maud’s delusory bliss and tranquility with her own conclusion make the ending almost rewarding in its Midsommar-style sorrow.

Maud’s most commonplace tasks become uncomfortable simply by seeing her perform them, rather than because of the self-inflicted suffering she endures for the sake of her religious zeal. When coming into a picture like this, spectators already have expectations. Glass plays with those assumptions. She knows we’ll be watching with bated breath, waiting to see if we can figure out what’s “actually” going on with Maud, even if Maud has no idea what’s going on with her.

Maud’s irrationality can be seen in her extremes. She rages from excessive violence (to others and herself) to a devout saintliness that finds her attempting to be a caretaker and a holy woman of God in her very wrong way. For Maud, the boundary between these two things may not be as clear. Maud’s reliance on, or obsession with, her religion causes her to perceive everything through that prism, believing that doing the right thing will pay off any debt she owes to God and heal her anguish.

Maud’s religion, it turns out, is the ideal vehicle for investigating the line between “genuine” and “false.” The film doesn’t say that religion is a type of insanity, but it does play with the idea that losing touch with reality is what many of us do on a daily basis, through habits that range from healthy to terribly disturbed. 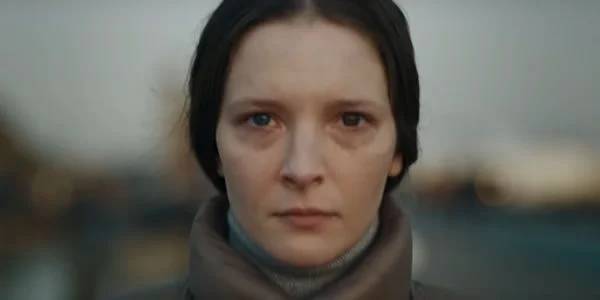 Maud’s disturbances give her the ability to bend her own reality to the point where she can view everyone else around her in any way that suits her story. With her religion, Amanda isn’t being sarcastic; she’s being saved by Maud. That is, until she dismisses Maud, and Maud’s spiral sends her into a rabbit hole. Then there’s Amanda, who turns out to be a demon, an incarnation of the devil whom Maud must vanquish in order to regain God’s favor. The people on the beach who are witnessing her burn herself alive are bowing in reverence, not shouting in horror.

Essentially, if you haven’t figured it out yet, all of the answers you’ve been waiting for are revealed in the very last second of the movie. Following Maud’s version of events, which involves her angelic sacrifice in the midst of worshippers, Glass provides an incredibly succinct and remarkably powerful response to what’s really been going on. We observe a very human Maud screaming in agony as she is being burned alive. It’s also brilliant: the consequences of Maud’s madness are more terrifying than anything supernatural.

The film’s ending, like many of the film’s other more frightening moments, plays with surrealism in a way that makes us wonder what is really going on in Maud’s universe. These strange occurrences, however, do not indicate a demonic presence. We’re not seeing Rosemary Woodhouse get gaslighted by everyone in the room, nor are we seeing Carrie White demonstrate true supernatural abilities. Maud is the only one who is lying to her, and although she sees herself in angel’s wings, the rest of us just see a burning girl.

Cast Of The Fresh Prince Of Bel-Air : During Season 1 Vs Now