One of Hayao Miyazaki’s best works, Spirited Away is a lavish, lovely, and vibrant coming-of-age story that is full of character and vision. While the movie’s stellar reputation undoubtedly owes in part to its visually appealing elements, it’s also important to remember the unique personalities that make up its cast.

It’s not surprising that she isn’t the most powerful character as Spirited Away depicts the tale of a little girl who must pass numerous tests after being left alone in a mystical world. But more importantly, Chihiro is able to defeat even the most impressive magical beings she comes across by using her developing street smarts and instincts. While many of these figures exhibit what appears to be unbounded power, others are immediately shown to be utterly helpless. 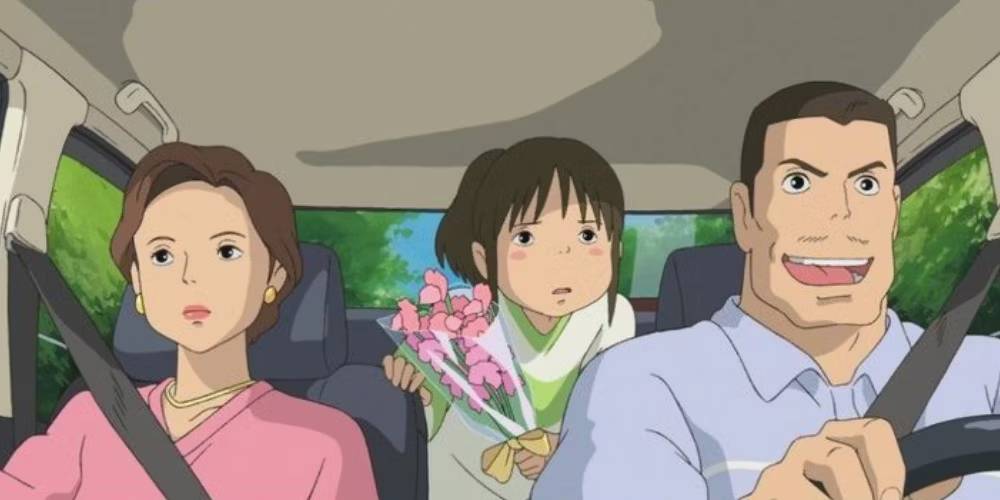 Even though viewers only spend a little amount of time with Chihiro’s parents in Spirited Away, they are unquestionably some of the movie’s weakest characters. They almost instantly fall for a trap that turns them into stupid animals when they stray from their original course and pull their daughter along to explore an abandoned settlement.

The mortal couple lacks both the magic necessary to travel through the spirit world and the street smarts necessary for their daughter to survive her time there and come to their rescue. 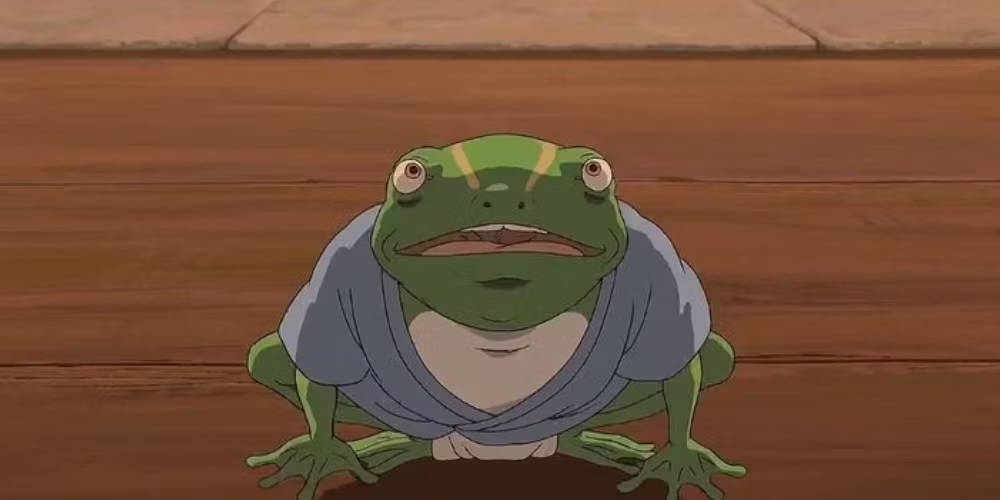 Although this tiny character is a recognised member of the spirit world and a frog spirit, he obviously struggles with being bullied by the stronger spirits around him. He tries to raise the alarm about the presence of a mortal at the bathhouse but is quickly defeated by Chihiro’s new buddy Haku and imprisoned in a floating bubble.

Later on in the movie, he gets consumed by No-Face after spending the night looking for gold pieces in the floorboards of the bathhouse; the little creature is powerless to resist. 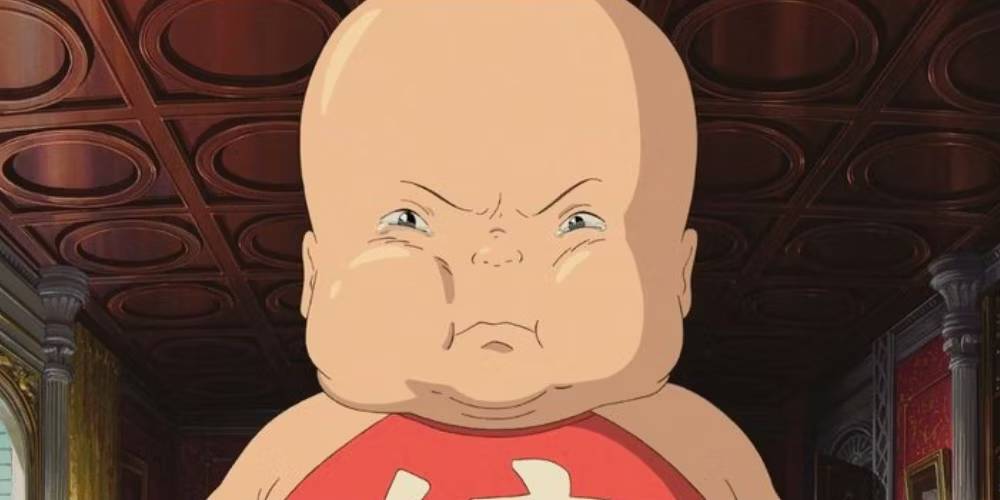 Boh, a giant baby that can speak in complete phrases and exhibits a remarkable level of critical thinking compared to a human infant, is Yubaba’s kid.

He demonstrates to Chihiro a sophisticated ability to manipulate Yubaba’s actions, unsurprisingly by throwing fits, in addition to his physical height, which makes him a challenge for even his mother to handle. But throughout the majority of the movie, Zeniba neutralises him and turns him into a little mouse. 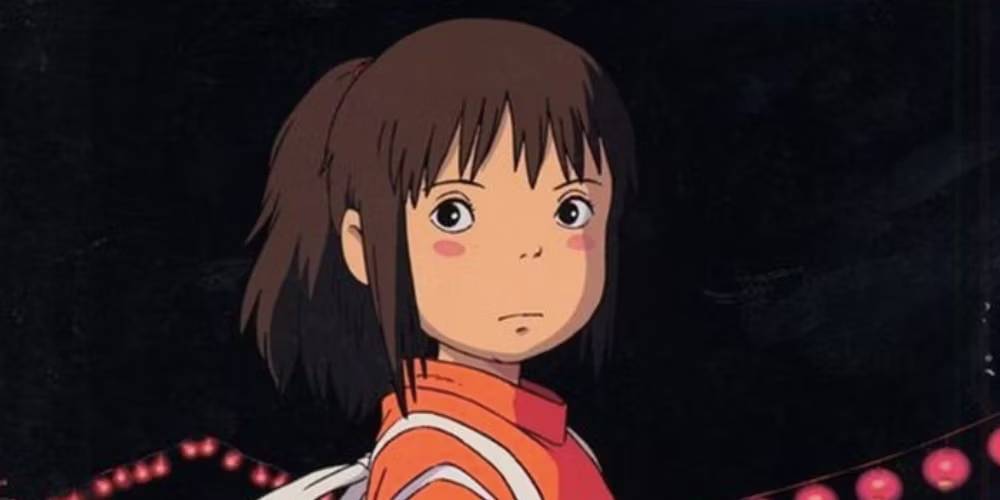 Despite still being a young girl, Spirited Away’s lead character develops significantly throughout the coming-of-age story. Unfortunately for Chihiro, a large portion of the conflict she faces throughout the course of the movie stems from her lack of evident strength. She is not only a youngster, but also a mortal, and many of the strange spirits she meets around the bathhouse have far stronger magical powers than she does.

She is compelled to work in the bathhouse at a low position, but she is smart enough to secure her freedom and the liberation of Haku and her parents. 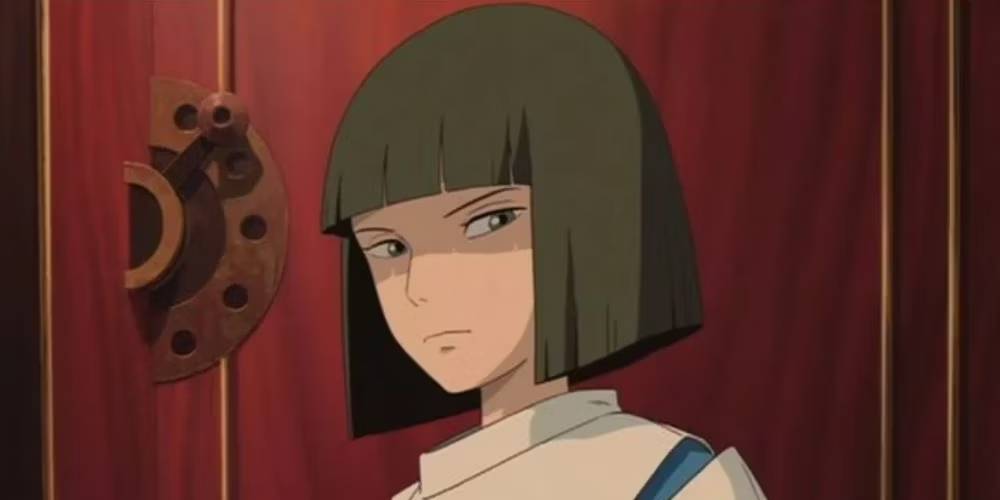 Haku is one of the most adored characters in Spirited Away, and for good reason. A charmer and Chihiro’s best friend, Yubaba’s reluctant henchman also happens to be one of the movie’s most formidable spirits. Unfortunately for Haku, a large portion of the movie shows him at the whim of his oppressive boss.

Haku shows the ability to perform impressive spells and a metamorphosis into an intimidating dragon form even before it is revealed that he is a river spirit (one of two such entities viewers encounter). The extent of Haku’s talents are unknown once Chihiro eventually remembers his name, freeing him from the curse and his servitude to Yubaba. 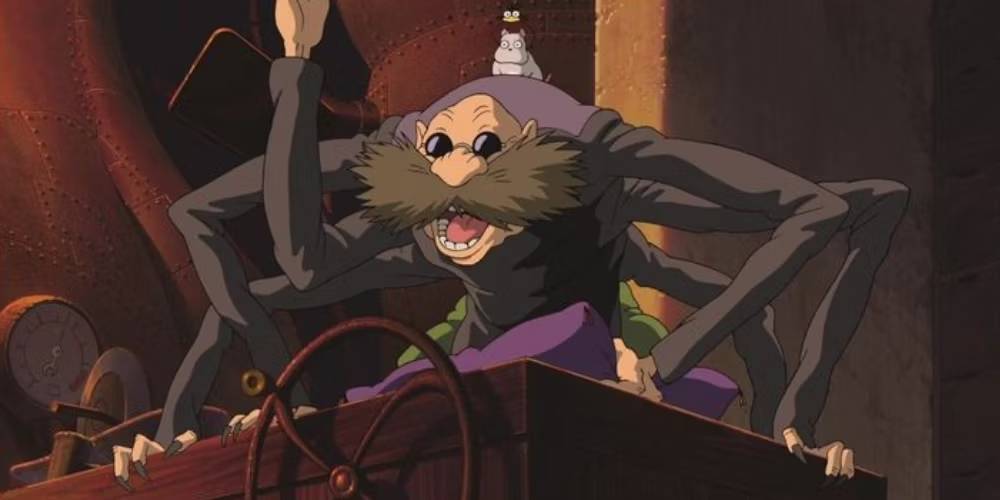 Kamaji’s wisdom is more evident to viewers than his physical strength, although it is hinted that the old spirit and boiler-man is a significant figure in the spirit world. He not only holds objects and memories from the past, such as the train tickets he offers Chihiro, but he also has the extraordinary capacity to create soaks, baths, and presumably other elixirs that have been magically strengthened.

In addition, Kamaji shows off his magic skills by transforming the large amount of soot in the boiler room into a large number of four-legged assistants. 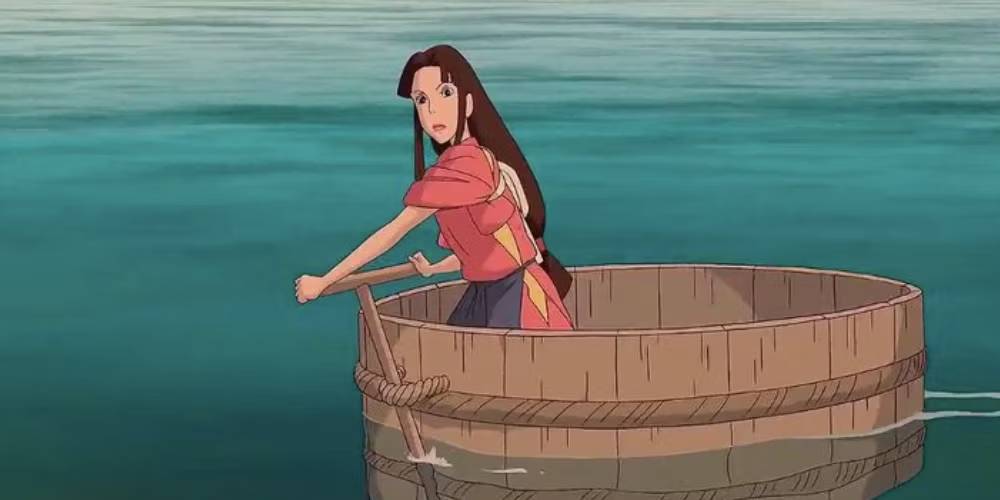 Although Lin isn’t the weakest spirit at the bathhouse, she most definitely fills the position of the grunt. She mentors Chihiro and demonstrates the ins and outs of being a cleaner as a slightly more senior employee. She confesses, however, that she feels trapped in a profession she despises later in the room she shares with Chihiro.

Though supporters hope she follows through on her plans at some point after the events of the movie, Lin’s whereabouts are still unknown. She has plans to accumulate money for train tickets and quit the bathhouse permanently. 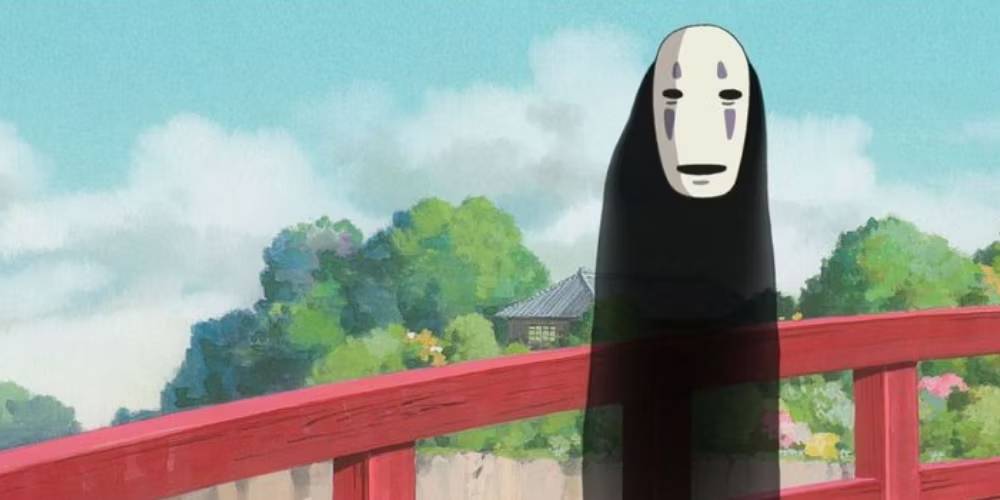 No-Face is an anomaly in the afterlife. While many of the other inhabitants of the magical realm appear to be linked and converse frequently, he is a non-verbal nomad who can vanish at will and who only develops voice after swallowing others.

Despite the fact that several spirits seem to possess supernatural powers, No-Face will almost certainly defeat them all once he conducts a gluttonous takeover of the bathhouse. No-minions Face’s first indulge his every desire in exchange for the seemingly endless amount of gold he can make, but things soon go south and he begins to devour innocent spirits. No-rampage Face’s can only be put an end by Chihiro’s brilliant plan to serve the carnivore a unique cake she was given by the unsettling river ghost. 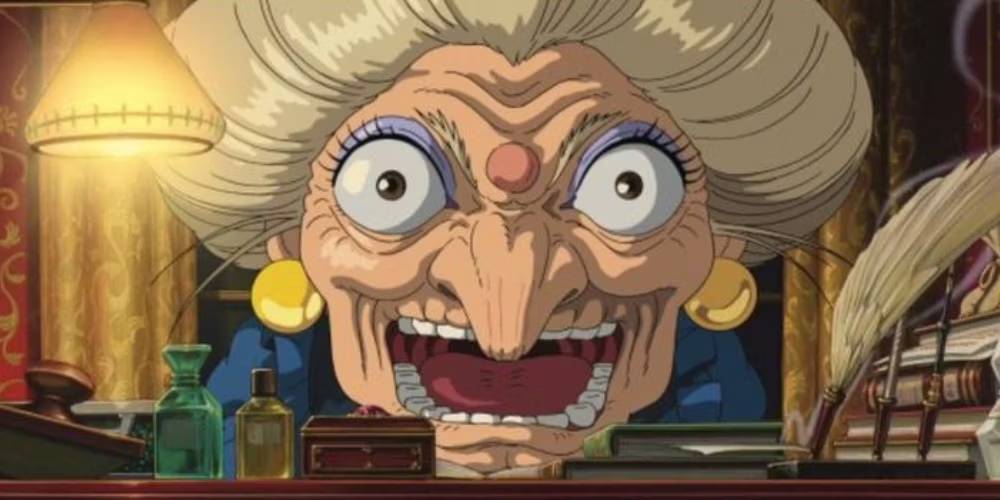 The evil bathhouse owner, who serves as the movie’s de-facto antagonist, has the most influence over the plot, and she aptly exhibits a level of power beyond that of any other character. She transforms Chihiro’s parents into pigs to start the latter’s entire stay in the spirit realm. She can also fly and has a wide range of psychic talents.

However, a large portion of Yubaba’s power is far more mundane and involves her contractual connections with her numerous employees, some of whom she completely controls because they can’t remember their own names. Chihiro is no match for Yubaba physically because she is a mortal child, but she outsmarts the imposing sorceress. 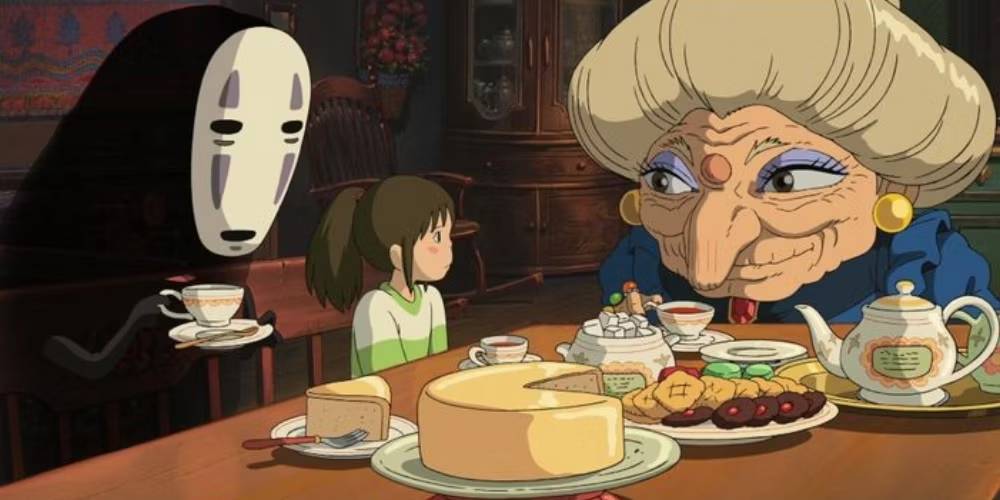 Yubaba’s twin sister Zeniba is a witch who shares a physical resemblance with the proprietor of the bathhouse but has a very different disposition. She is one of the movie’s characters with the most visible power due to her knowledge of magic. When Zeniba’s flock of paper birds attacks Haku in his dragon form, a spectacular confrontation that Chihiro sees, she is one of only two characters in the movie who can defeat Haku (who is clearly a significant river spirit).

Although Zeniba doesn’t perform many tricks for the audience, she manages to wreck havoc during her brief appearance in Yubaba’s bathhouse suite by changing the appearance of two of the latter’s goons (as well as her baby).