Most viewers are familiar with and devoted to the show’s spy family, the Forgers. But the series also benefits from a host of other brilliant characters. Even while all of the main characters are exceptional, it is undeniable that some of the cast members shine brighter than others. It makes sense that some characters in a series featuring smart spies and spoilt privileged kids would be more intelligent than others. 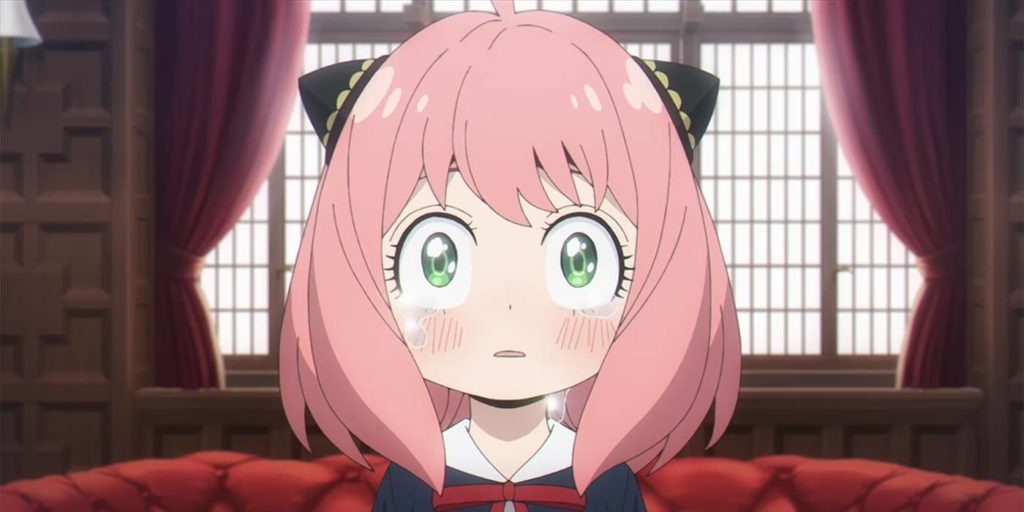 The main family of the programme is represented by Anya Forger. She attends Eden College as a grade school student at the moment, where she studies alongside Becky and Damian.

There’s no denying that There aren’t many anime characters as cute as Anya. She is one of the sweetest and most upright characters in the genre, but sadly, she is not at all academically gifted. She compensates for her lack of academic ability with a high level of emotional intelligence, and even without esper skills, she is excellent at bringing Yor and Loid together. 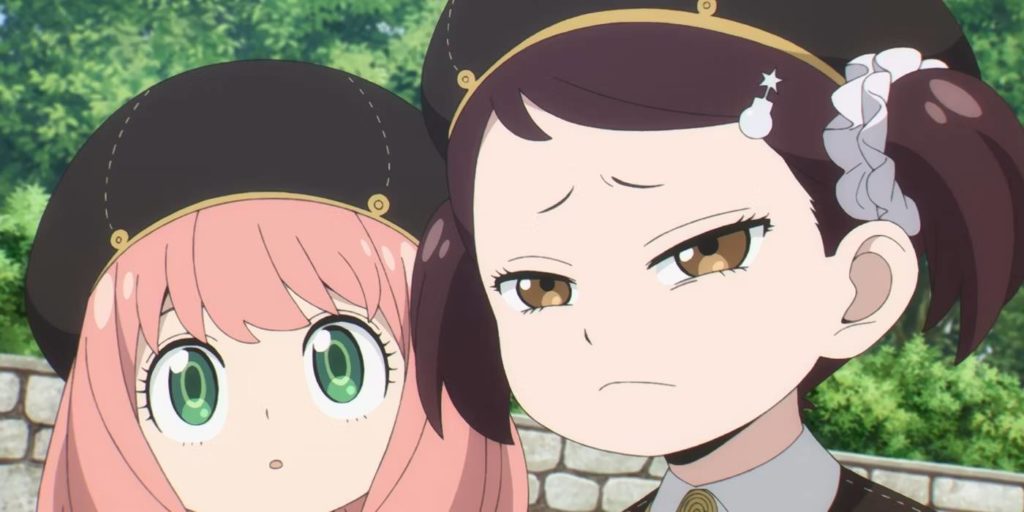 The extremely wealthy Blackbells, who have notably collaborated with Donovan Desmond, the father of Damain Desmond and the main objective of Loid’s plot, are the parents of Becky Blackbell.

As well as being Anya’s best friend, Becky has proven to be a child with average intelligence. She appeared to comprehend the course material in the early episodes and shown a philosophical side when she discussed human frailty with Anya. The second-smartest student at the academy is probably Becky. 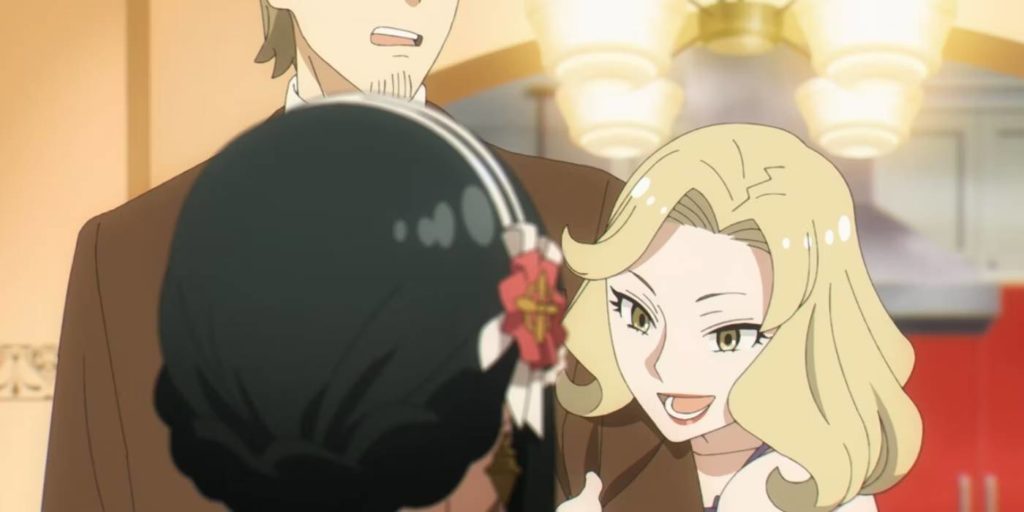 The most frequent of Yor’s coworkers, Camilla frequently acts as a minor foe in his professional interactions. She is also Dominic’s girlfriend, and Dominic is Yor’s brother Yuri’s buddy.

Throughout the series, Camilla isn’t shown as particularly intelligent or dull, but she is unquestionably recognised as ruthlessly nasty to a fault. The trick she tried to play on Yor with a hot plate of food, which backfired in her face and gave her a small burn, has been her least intellectual moment. In the end, Camilla has the most average intelligence of all the characters in the series. 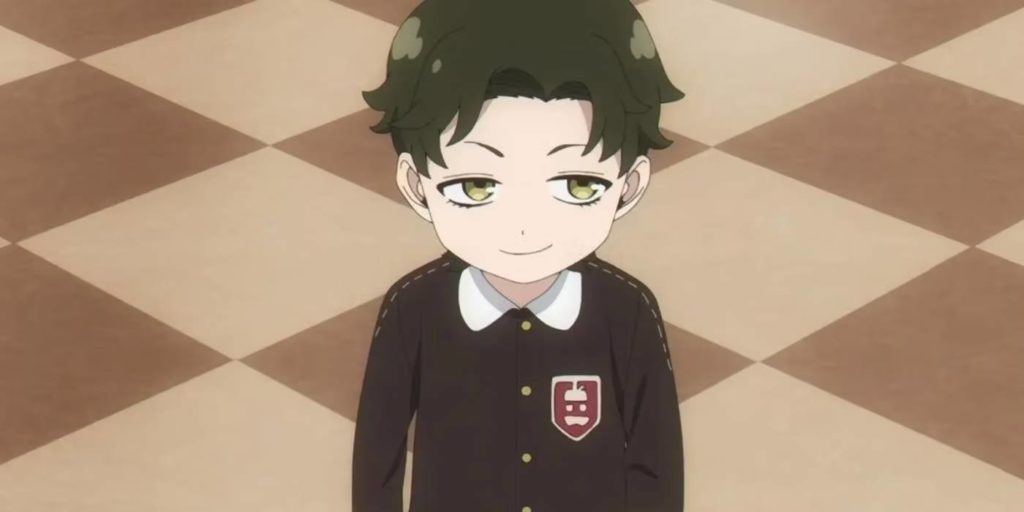 Damian is thought to have a high likelihood of becoming an imperial scholar. He has excellent scholastic training and performs exceptionally well in the classroom. He may be intelligent, but he does have a major flaw: a growing crush for Anya. Even Damian seems at a loss for words in response to his frazzled demeanour and confused feelings about falling for a “commoner.” 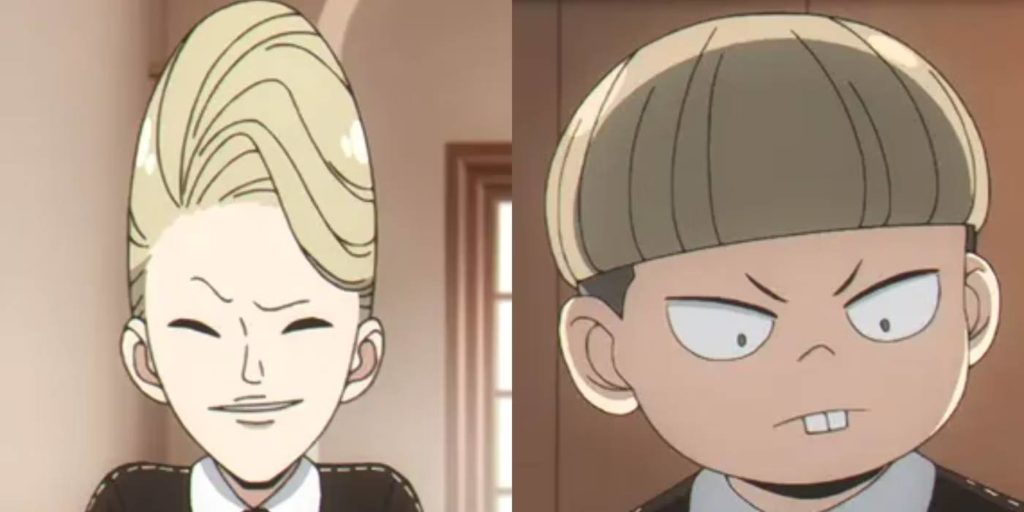 Friends of Damian Since they don’t have nearly as many lines or opportunities to act as the antagonist’s second son does, Emile and Ewen may be better known to Spy X Family fans as Damian’s sidekicks.

Emile and Ewen are revealed to be typical primary school bullies who lack Damian Desmond’s intellectual prowess as an imperial scholar. They are probably slightly more intelligent than Anya Forger, a classmate, although they have been demonstrated to be stupid and are mainly Damian’s satellites. 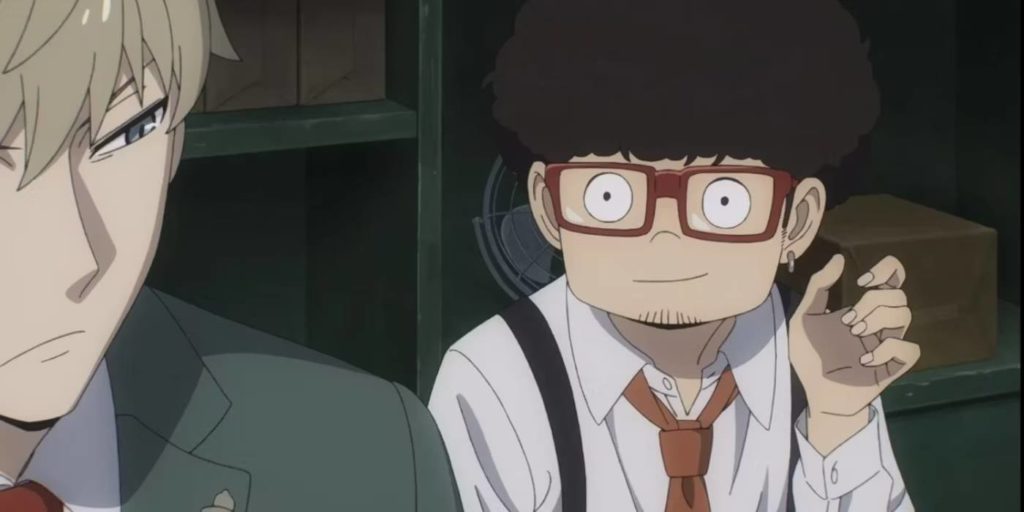 Outside of the main family, Franky Franklin is probably the most well-known character in the entire series. He is Loid’s closest buddy and primary spy informant.

Franky may come out as silly, but he’s actually one of the show’s most intelligent characters. Franky is not just a skilled informant who can obtain nearly anything for Loid; it is also mentioned that Franky even creates some of Loid’s spy equipment. He also possesses several other kind of intelligence, and he offers Loid some excellent guidance on how to live a spy’s life. 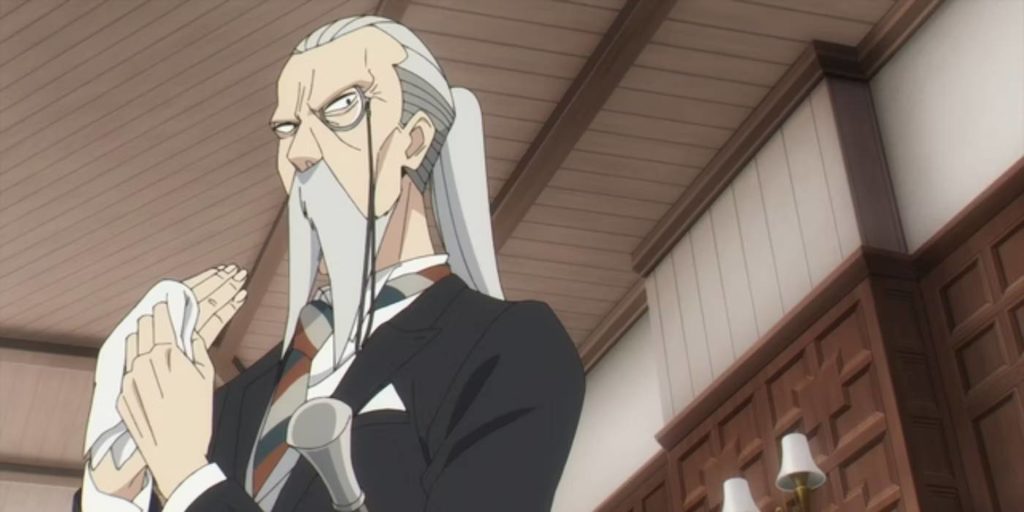 The housemaster of Anya, Becky, and Damian’s class is Henry Henderson. He serves as the series’ primary mentor and is completely taken with the idea of “elegance.”

Henderson occasionally serves as a comic relief figure and an empathic mentor, but his position speaks volumes about his high intelligence. Henderson is one of the most well-known individuals at Eden, one of the most renowned schools in all of Ostania. There aren’t many characters in the series with that level of renown and academic prowess. 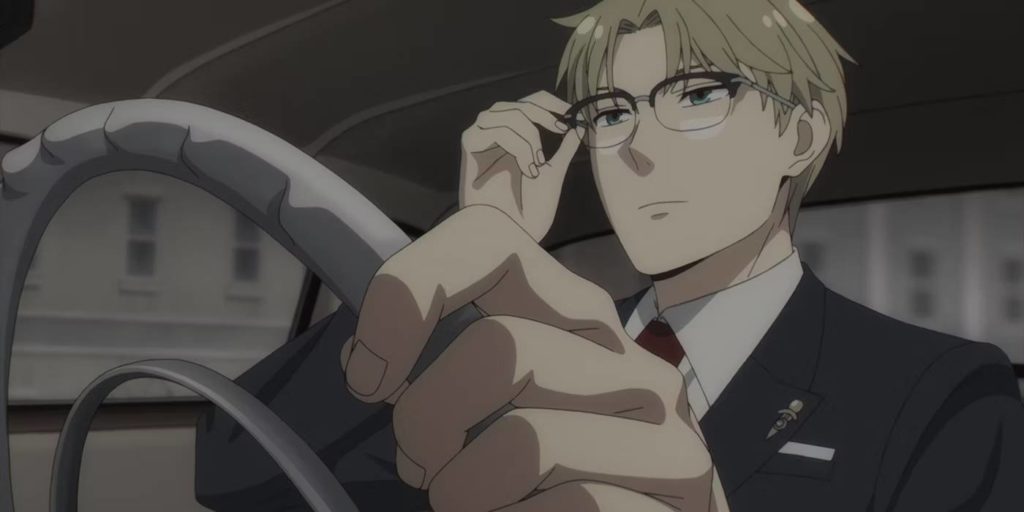 The series’ protagonist and father of the main family is Loid Forger. He performs espionage work for the Westali intelligence service, or WISE.

Loid is a brilliant spy who can accomplish practically anything. Loid is demonstrated to be an information sponge, soaking up knowledge at any level, and his preparation and deception skills are virtually superhuman. In Anya’s interview, Loid shows off his skills by bugging the room, learning everything there is to know about the interviewers and the school, and having three changes of clothing ready in case of need. 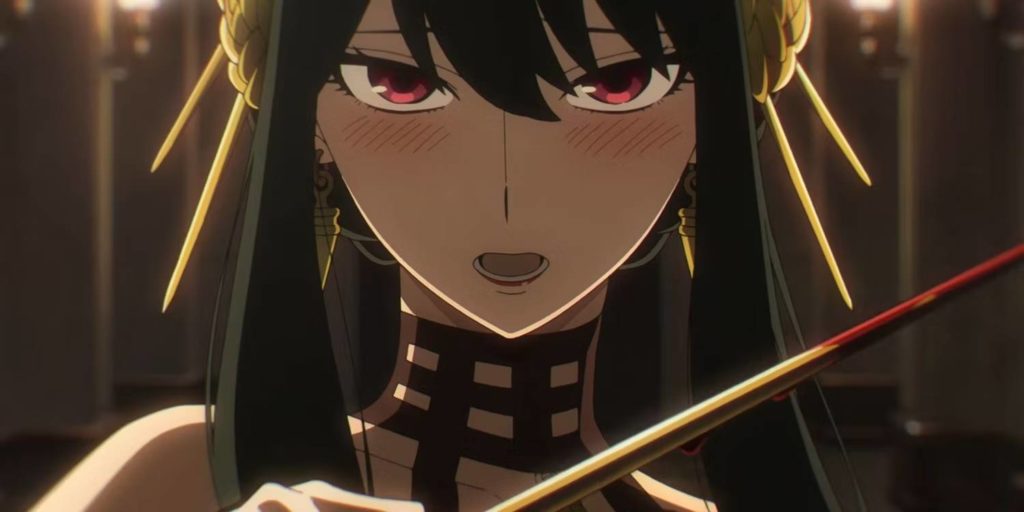 The mother of the primary family is Yor Forger, who is also Yuri Briar’s sister. She currently serves the country of Ostania as a civil servant and occasional assassin.

Yor is a competent assassin and possesses numerous practical skills, but her level of intelligence is far from exceptional. Despite the absurdity of his justifications, she quickly accepts Loid’s word at practically all times and finds it difficult to justify her own actions. Additionally, Yor appears to be too disorganised to assist Anya with her assignments. 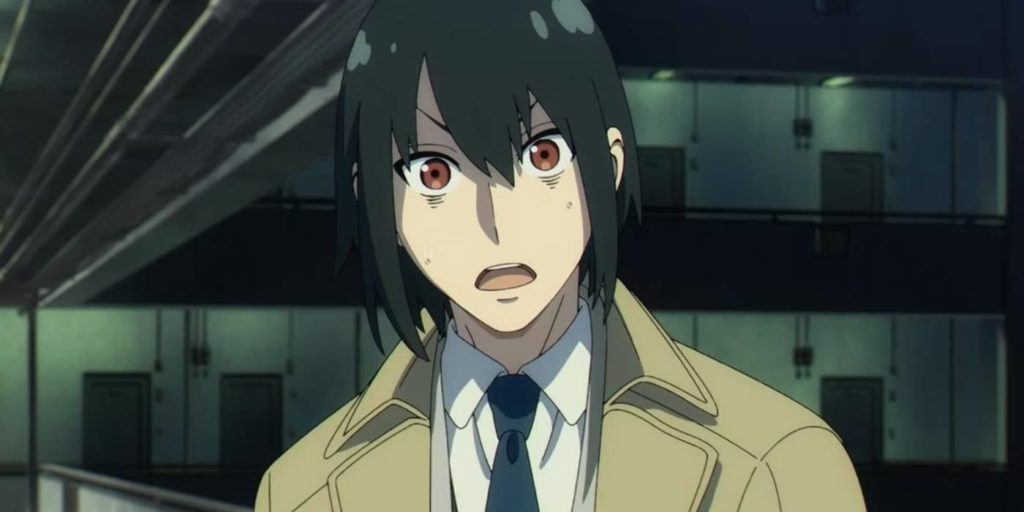 Many of Yor’s flashbacks show how smart and shrewd Yuri was as a youngster, and they also show how smart and cunning he is now. However, he is incredibly stupid and naïve due to his love for his sister. With Loid, a more intelligent character, Yuri has traditionally established an animated rivalry that is largely motivated by resentment for Yor.