Most likely, if you’re a fan of Street Outlaws, you’ve heard of Jonathan Day, a.k.a. JJ Da Boss, one of the show’s most well-known racers. The driver, who has been making waves in the street-racing scene for some time, can frequently be seen driving around in Ole Heavy, a 4,720-pound 1949 Chevy pickup.

In light of all of that, JJ and his wife Tricia Day experienced a terrifying car accident earlier this year. So, what do we know about what happened and how are they doing now? For all of the information that is currently known, keep reading. 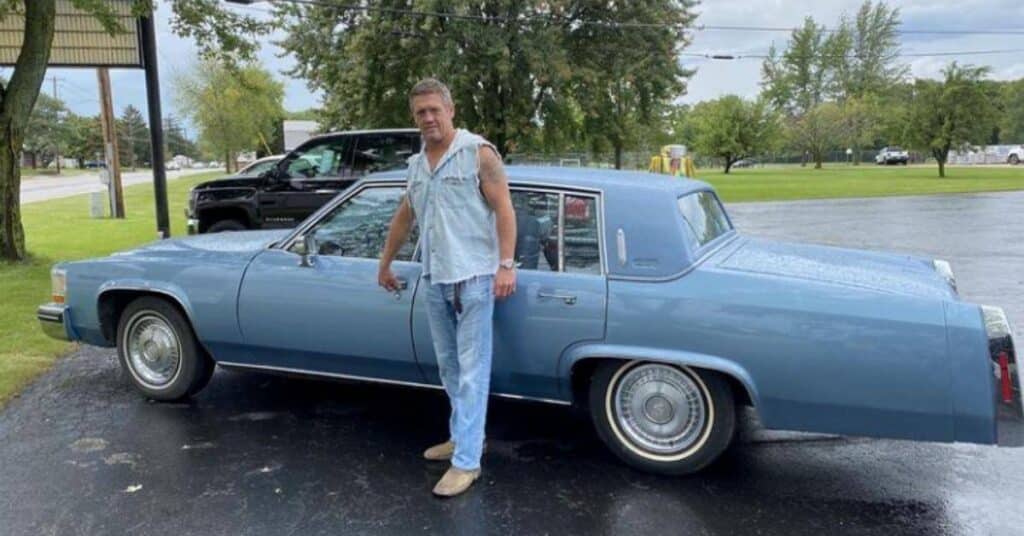 JJ Da Boss and his wife, Tricia Day, were both injured in a serious car accident in early 2022.

JJ and his wife Tricia were both hurt in a crash while filming Street Outlaws: America’s List, it was revealed in a Facebook post shared to the Deep South Street Racing page on January 12, 2022. The social media post’s images showed a number of damaged vehicles, one of which had completely veered off the road.

“Keep up the good work of praying for JJ Da Boss and Trish. They both crashed while filming America’s List last night. Trisha Wayne is in the worst possible condition, so please continue to pray for the MSO family as they urgently need it. The dangers of street racing are real, guys, and when JJ says “Tonight you could die,” he really means it “The post was emotional and had since received thousands of shares.

Despite being treated at a Texas hospital right away after the collision, neither JJ nor Tricia publicly discussed what happened in the aftermath.

More insider details about JJ and Tricia’s post-crash condition were revealed by users in the comments section of an unofficial crash recap video. One commenter appeared to have firsthand knowledge of the events leading up to and immediately following the crash.

They claimed, “JJ rolled after catching fire, crossing the center, and hitting Tricia. Three rental minivans that were guarding light towers and camera equipment were given to Tricia. They are both in the hospital as of 7:00 p.m. Texas time, and both are in a stable condition. At this time, I don’t know how severe the injuries are.”

JJ had suffered injuries while operating a vehicle before as well. JJ hit a concrete culvert on the highway at 55 mph after falling asleep at the wheel while travelling to Arkansas, according to a 2017 Dragzine article. He broke his right hand, suffered rib damage, numerous cuts, and bruises, but otherwise escaped the collision with little damage.

Have there been any updates on JJ Da Boss or Tricia’s conditions since the crash?

Tricia finally posted a video about the accident on Facebook on April 1, 2022, after months of no updates. After expressing gratitude to the group’s supporters for their help following the accident, she confirmed that she and JJ had been unable to move around for months and had each previously had two screws removed from their legs.

The couple is now doing much better, gradually increasing the amount of time they spend on their feet and going back to racing. In Tricia’s live stream, JJ could be seen working on a car and seemed to be having a good time. The next day, a video was shared that showed Tricia and JJ getting ready to race at a real racetrack. It’s obvious that the couple is doing well, and we wish them the best as they continue to heal!