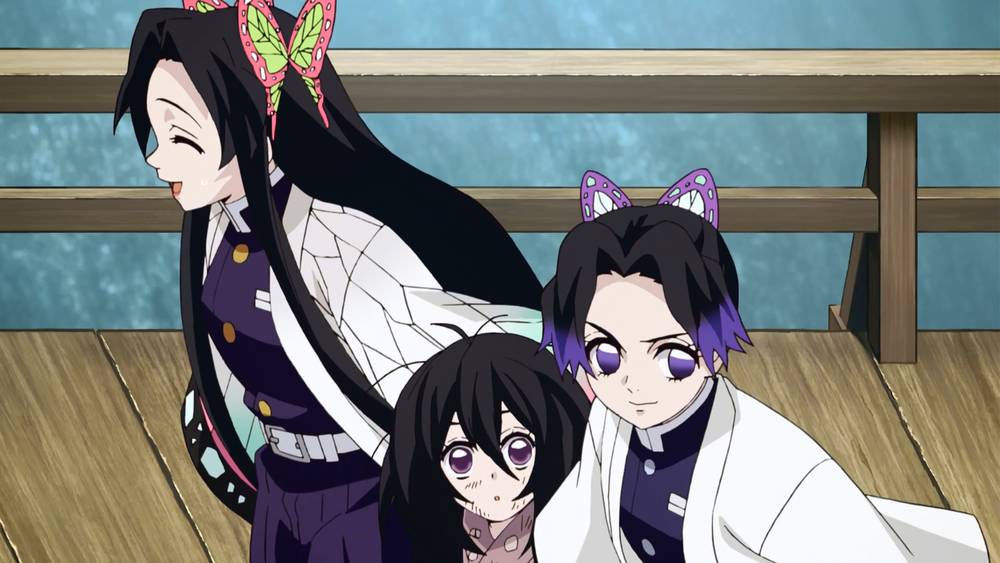 It’s a lot of fun to explore the fantastic universe of Demon Slayer. The anime and manga phenomenon signalled the emergence of modern-day manga and anime, and it quickly became one of the world’s most popular fads. The following is a list of the 15 most powerful female Demon Slayer characters from the manga (and/or anime). The characters will be drawn from several story arcs. The list is in alphabetical order: 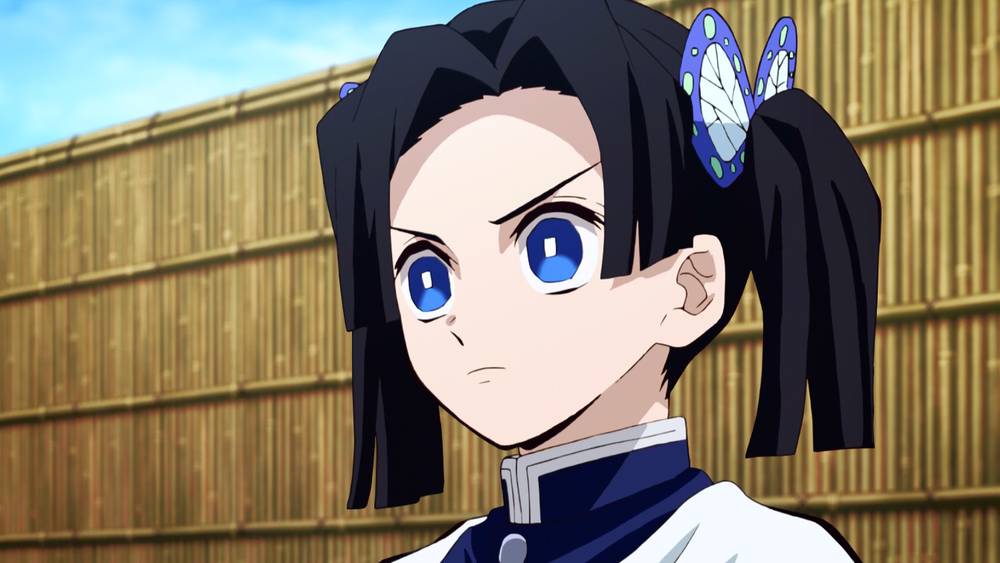 Aoi is able to come up with most of the easy treatments after being educated by Shinobu Kocho. Aoi’s primary breathing type is Water Breathing. Despite the fact that she has not demonstrated her fighting abilities, she is capable of defeating common demons. In the Demon Slayers Corps, she bears the rank of “Mizunoto.” 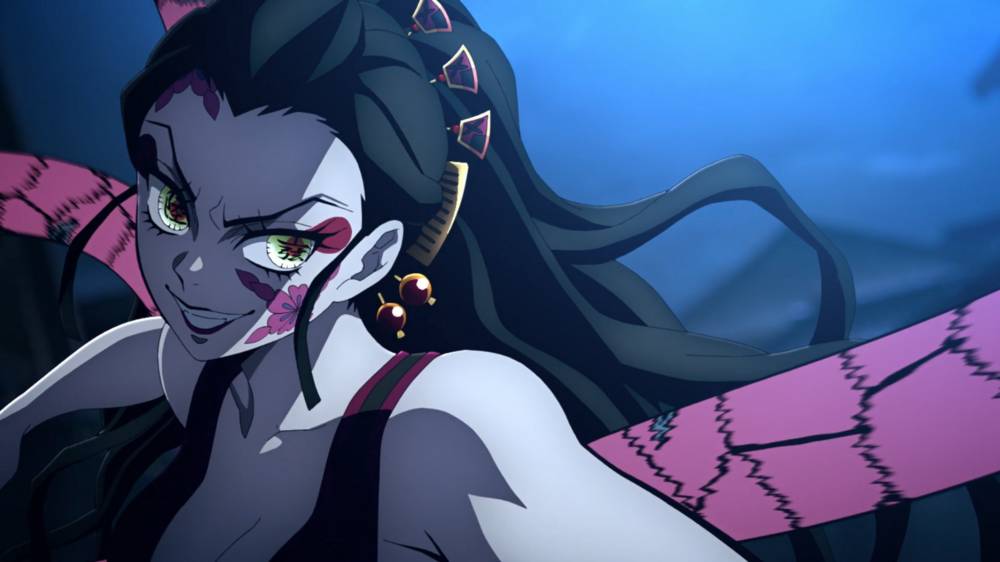 Daki is seen as a formidable demon that Muzan regards as a “special demon.” She was able to defeat talented fighters Tanjiro Kamado, Nezuko Kamado, Zenitsu Agatsuma, and Inosuke Hashibira while maintaining an edge. 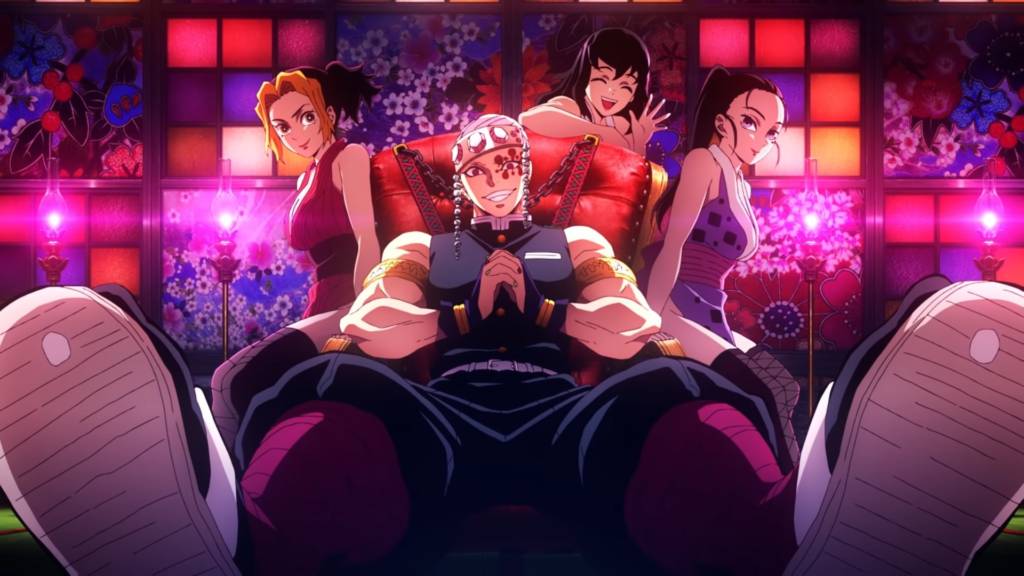 Tengen Uzui’s three wives are completely devoid of supernatural talents. The three of them, however, have some type of shinobi skill due to their upbringing as kunoichi. They are all capable of wielding a kunai and performing moves and fights far more deftly than ordinary people. Even though they lack distinct skills and abilities, this makes them deadly. 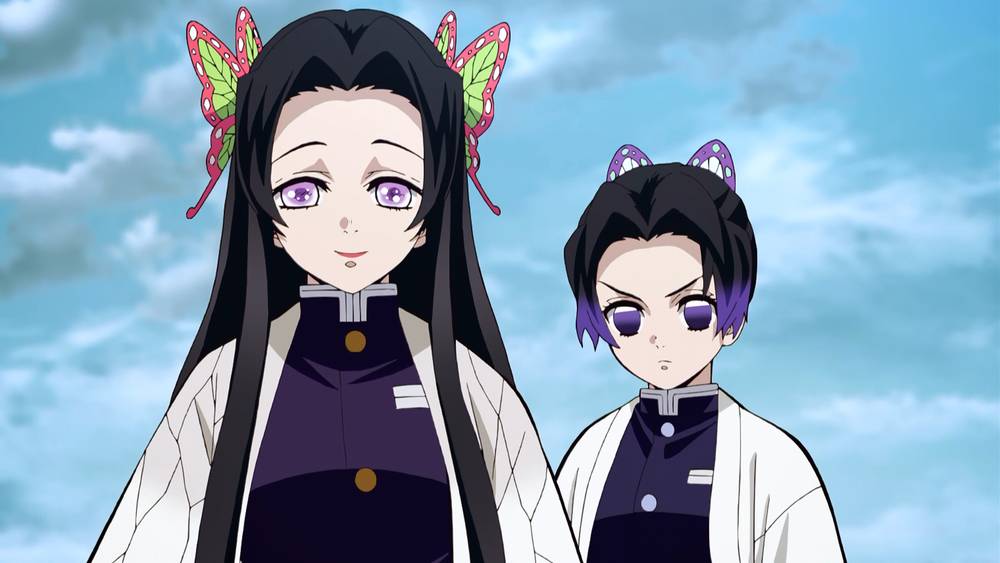 The condition she met is unclear, but it is assumed that she was a skilled swordswoman because, unlike her sister, she was able to sever the heads of Demons because she possessed the appropriate power and size.

The most convincing demonstration of her talents was when she met the better Demon Moon number two, Doma, and despite being weakened, she was able to combat this Demon till morning. 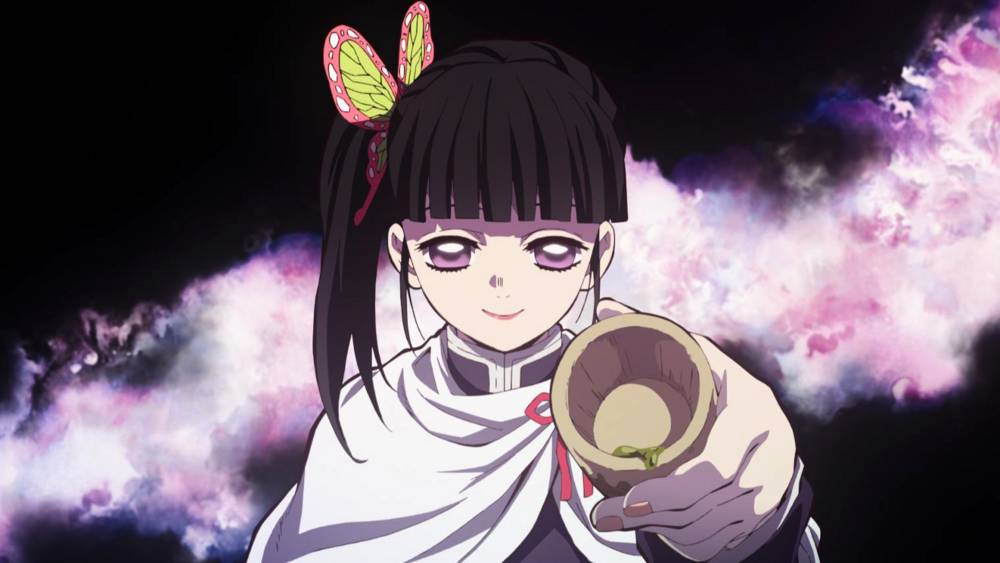 Kanao has exceptional eyesight, and she can perfectly foresee her opponent’s future attacks and movements by analysing the minute alterations in his muscles, joints, and sclera. This enables her to execute successful counterattacks and evasive moves. The Upper Moon 2, Doma, elaborates on this ability, stating that Kanao can be more skillful than Shinobu because of it.

Kanao has total command over her bodily functions. She manages to totally cut off her respiration during the struggle with Doma in order to avoid the freezing mist Doma generates. This enables her to fight him in hand-to-hand combat without risking her lungs. The flower breath is used by Kanao. Kanae Kocho, who also employed this breathing technique, most likely taught her how to do it. 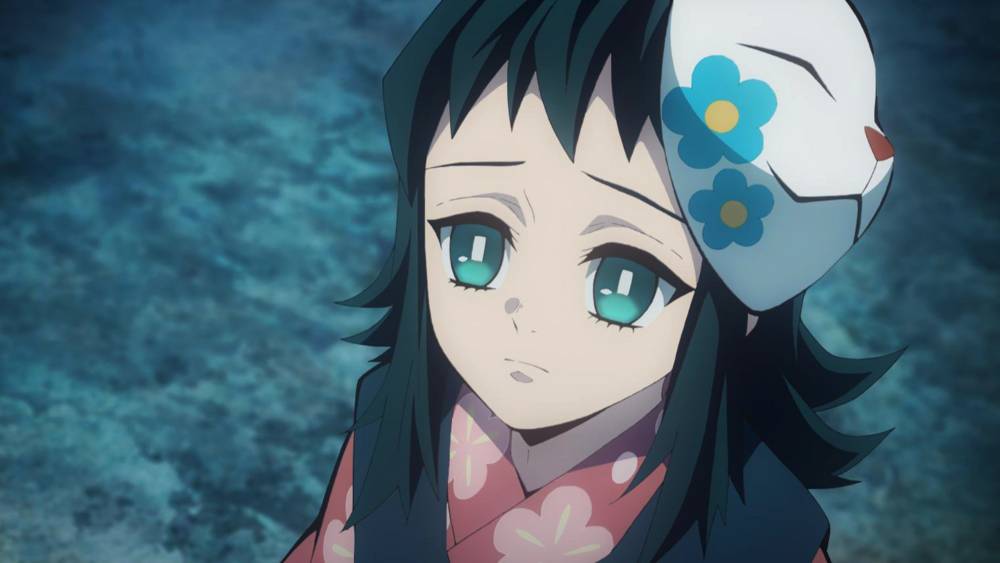 Makomo was thought strong enough to obtain Sakonji’s authorization to enter Final Selection, despite the fact that little is known about her prowess as a Demon Slayer candidate. She went through his training and was able to survive until she came across a powerful transformed Demon who, despite claiming Makomo lacked power, praised her agility for avoiding most of his strikes. 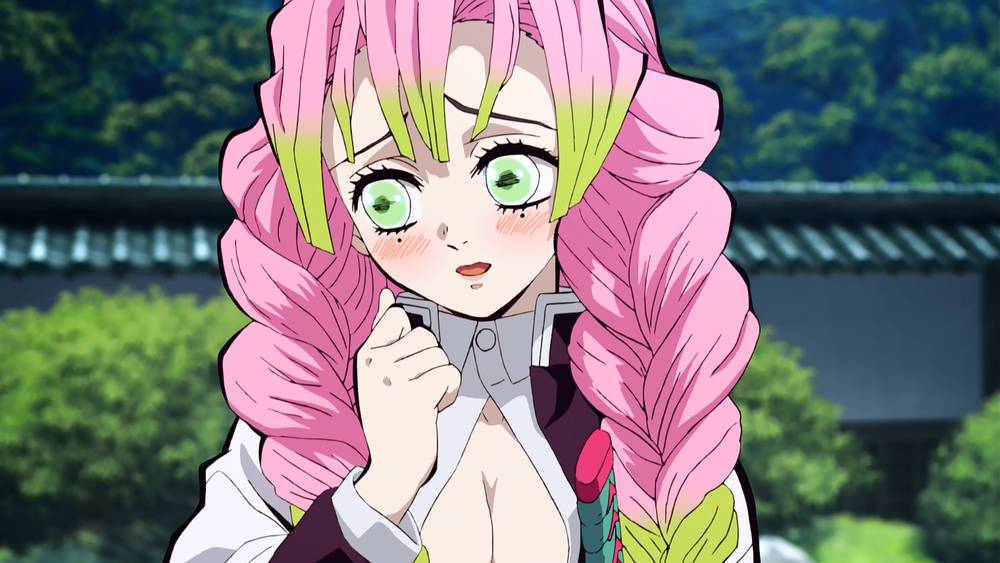 Mitsuri possesses a unique muscle mass that is eight times the density of a normal human. Despite the fact that her limbs are fairly frail, they are incredibly strong. She is tough, so she can survive the attacks of the Higher Moons’ demons. Mitsuri consumes the same meal as three sumo wrestlers to stay in shape.

Kanroji’s sword is extremely thin and bendy. Only she is capable of wielding this blade due to its difficulty. She possesses exceptionally fast methods due to the flexibility of her blade, the softness of her muscles, and the agility of her joints. Her techniques, according to the author, are faster than the Sound Hashira’s.

She was able to exceed the Upper Moon 4’s conventional attacks in her battle with him, compelling the High Moon to unleash the Art of Demon Blood. Her speed improves considerably higher as she awakens the Demon Slayer Mark.

She is not as swift as some of her Hashira counterparts, as evidenced by her difficulty to keep up with the others in the battle against Muzan, where she had to rely on luck and evasive instincts to keep up. This did not end well, as the young lady was hit by many attacks that knocked her out of the fight completely. 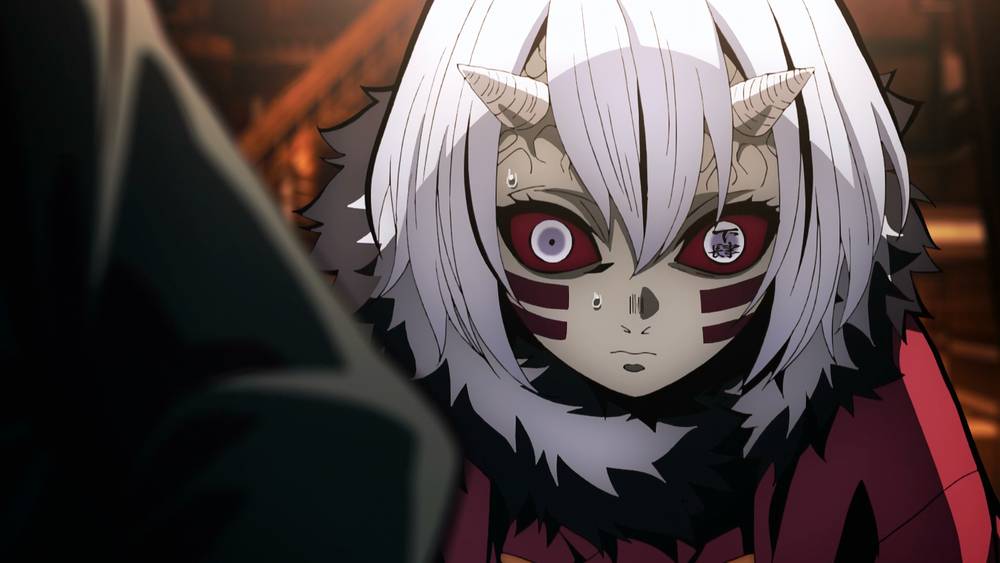 Muzan appeared before them in his female form after the other Low Moons had gathered in the Infinity Castle. He scowled at them and instructed them to bow their heads and cower in front of him. Mukago then wished she hadn’t been forced to do so since she didn’t recognise Muzan when he furiously inquired why she was speaking without permission and told her to be quiet unless she was given a straight question. Muzan, who was terrified at his feet, proceeded to explain the killing of Rui, the only Nether Moon not present, and to question the other demons about their weakness. He told them that their time among the Twelve Moons of Demons was simply the beginning, and that their sole goal was to devour blood so that they could be helpful to him.

Muzan stated that the Upper Moons had not been replaced in hundreds of years, but the Lower Moons were continually being replaced, and Kamanue believed that Muzan could not just inform them of this. Muzan, who could read the thoughts of people with whom he shared blood, became enraged and questioned Kamanue why they hadn’t been told, reaching out a tentacle and grabbing the Lower Moon by the neck and lifting it into the air. Muzan immediately devoured Kamanue’s apology, but Mukago and the other Lower Moons kept their heads down in stunned silence. 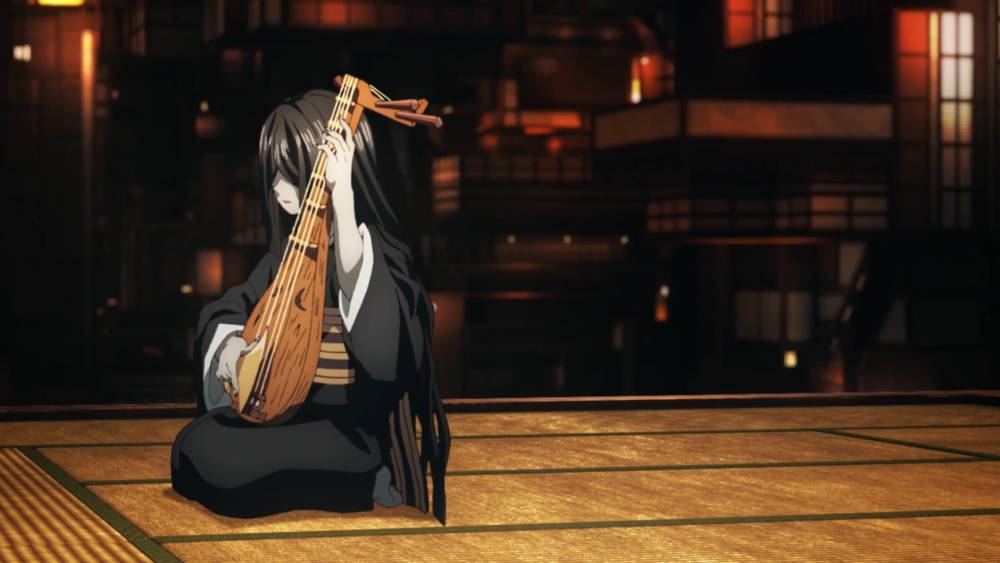 Despite the fact that Nakime’s Demon Blood Art was not as martial as the other Upper Moons’, her ability was just as strong, if not stronger, in terms of utility and strength, since she was the only one who could control and manipulate an entire fortress as if it were her limbs. While playing Biwa, Nakime has the ability to manipulate and govern an infinite interdimensional stronghold.

She then demonstrated a new power to grow and detach several eyeballs from her body, allowing her to spy on others from a wide distance, after she attained the level of Upper Moon 4 and presumably absorbed more blood from Muzan.

With her new skill, she was able to track down practically every member of the Demon Slayer Corps in Japan, as well as Kagaya Ubuyashiki’s hidden mansion, which he tried to keep concealed even from high-ranking Demon Slayer Corps members. 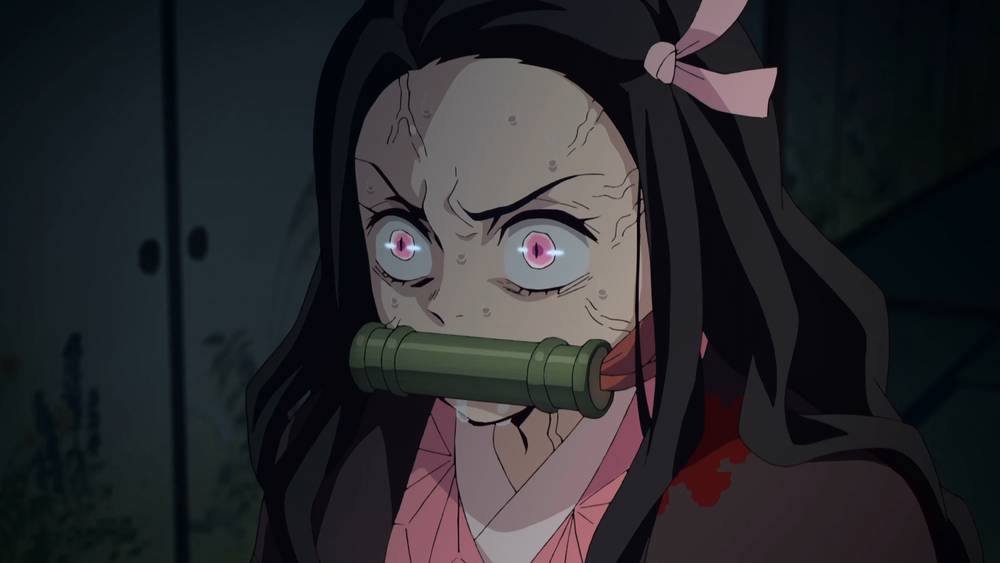 When Nezuko was transformed into a demon, she demonstrated the power to shrink at whim, such as squeezing into a small box or basket to hide from the sun during the day when she was with Tanjiro.

When fighting other devils, she can also enlarge into a greater shape. Nezuko’s blood may be ignited and turned into flames. She can choose how lethal her blood is and, if required, repair the wounds it causes others.

These flames, on the other hand, only function against other devil arts, such as Rui’s threads. Tanjiro’s Nichirin Blade can be transformed from black to red by Nezuko’s flames, just as Yoriichi Tsugikuni’s blade was turned from black to red before the battle to increase its efficiency against devils. In addition, Tanjiro has improved his ability to perform the Fire God’s Dance. 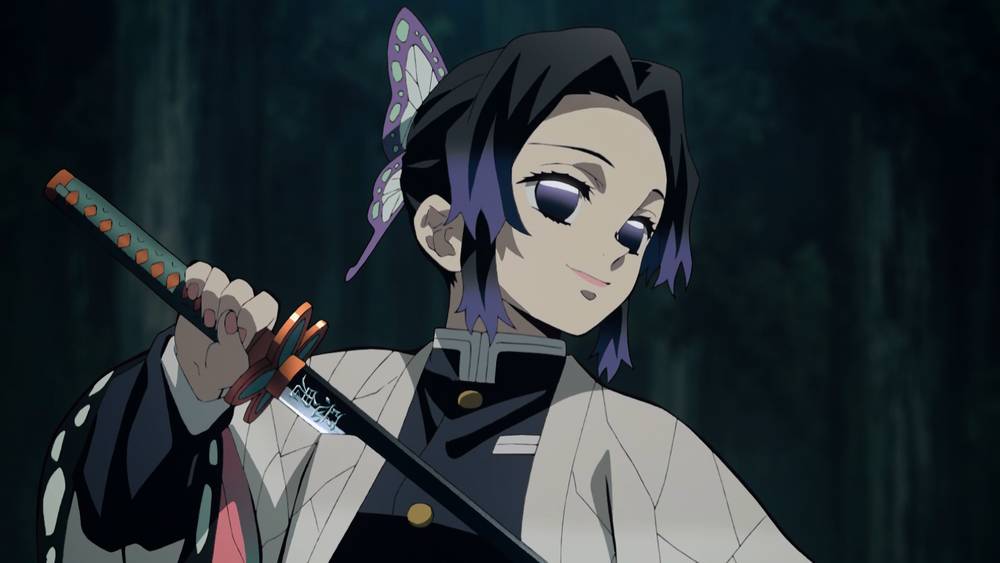 Despite the fact that she is the only Hashira who cannot decapitate a demon, her strikes are powerful and lethal, as she sealed Doma, the Upper Moon 2, against the wall with a single blow. Insect Breathing is a descendant of Flower Breathing, which is a descendant of Water Breathing. She wraps her weapon in wisteria poison, which is harmful to demons, when she uses it.

Shinobu is a Hashira of the Demon Slayer Corps, and she is one of the organization’s most formidable and skilled swordswomen. Her combat style is one-of-a-kind, but it’s just as effective as traditional swordplay. Shinobu’s swordplay focuses on sword thrusts and penetration methods used to poison demons.

Her sword thrusts are so quick and powerful that they can through rocks and are faster than Water Breathing’s drop wave thrust form, which is the breathing style’s fastest thrusting technique. Her sword’s construction, however, makes it ineffectual at deflecting blows, thus she compensates with fast slashes and thrusts.

Her swordsmanship enabled her to fight Doma, the Upper Rank Two, who has lived and fought for over a century, demonstrating her incredible swordsmanship. 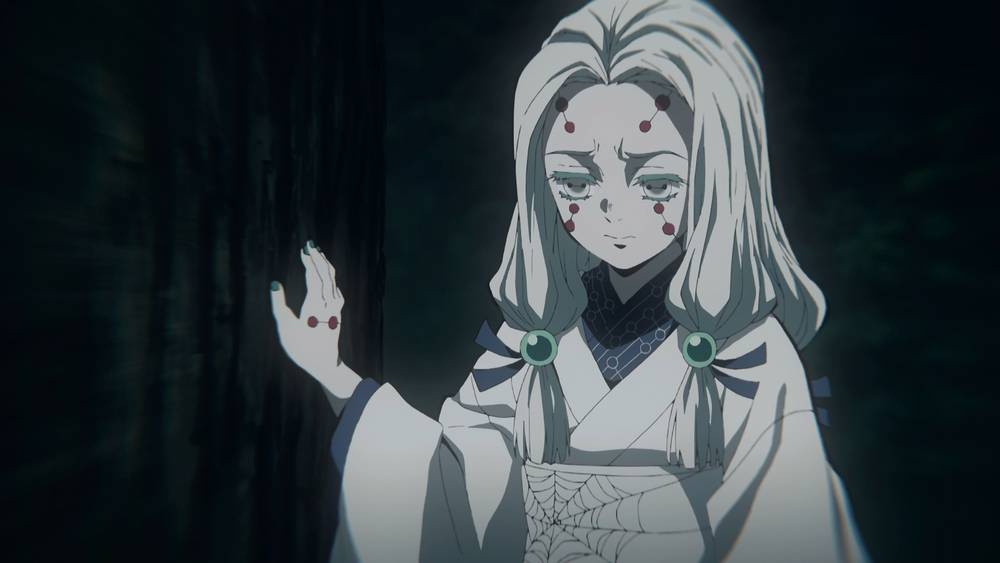 The Spider Demon’s Daughter possessed enough shape-shifting ability to match Rui’s look. When she gets scared, however, her physical attributes revert to their former state, showing that she must make a conscious effort to maintain her new physical characteristics.

The Mother Spider Demon has shown extensive shape-shifting skills, changing her skin colour, hair length and colour, facial structure, demon marks, eye colour, and physical attributes to match Rui’s, and maintaining these changes over time.
However, due to her young age as a demon, she would occasionally revert to her real form, much to Rui’s chagrin, for which he chastised her brutally.

The Mother Spider Demon can summon miniature white spiders with red spots that resemble her and her “family’s” physical characteristics and direct them to connect their threads to victims invisibly. These spiders are likewise comparable to demons in that they will burn if stabbed or cut with a Nichirin sword. 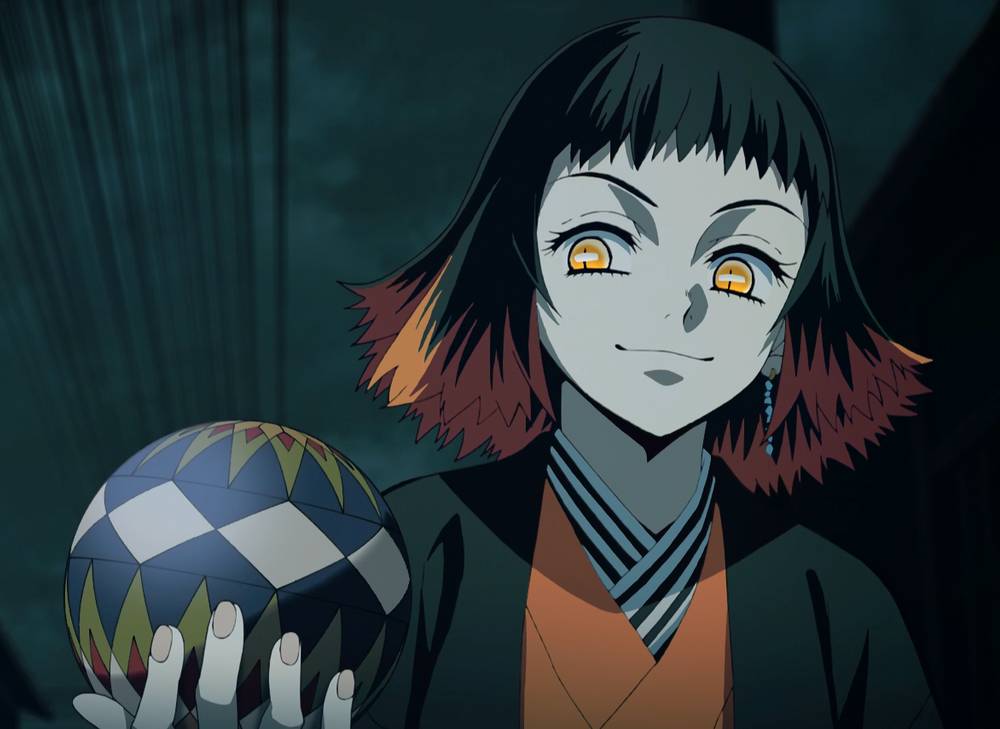 Susamaru is a physical force to be reckoned with. Yahaba’s arrows are combined with her demonic blood techniques. As a result, her demonic balls can move in a variety of ways, halting on flat ground and pushing air away. They were able to blast off Yushiro’s head and destroy Tamayo’s stronghold as a team.
Hiasobi Temari is a technique that permits her to summon temari balls at will. She can toss or hit them with such force and speed that a single touch of the ball can entirely shatter demonic limbs. 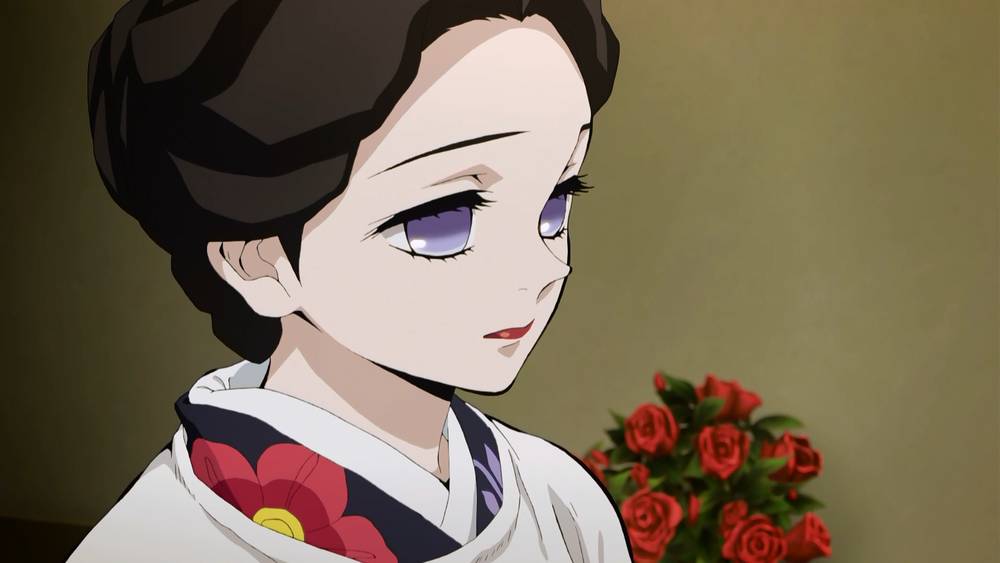 Tamayo has displayed excellent medical and pharmacy abilities. She has the capacity to change her own body so that she may exist on just a small bit of human blood. She was also able to turn the terminally ill Yushiro into a demon without using Muzan’s blood, then reverse the process when treating the person they met in the Asakusa arc.

Tamayo was also able to help Shinobu fill his body with the lethal poison of Wisteria without creating the slightest bit of nausea in her, a method she would apply against Upper Moon 2, Douma.