Following Kingsman, Egerton played Elton John in the 2019 film Rocketman and went on to play an underdog Olympian and a singing cartoon monkey. We hope he doesn’t intend to slow down any time soon because he keeps surprising us on the big screen. He should be returning to Kingsman, and he’s in negotiations to play Seymour in the Little Shop of Horrors remake, so it doesn’t seem likely that he’ll fade away very soon. Let’s review some of Taron Egerton’s several top IMDb-rated movies! 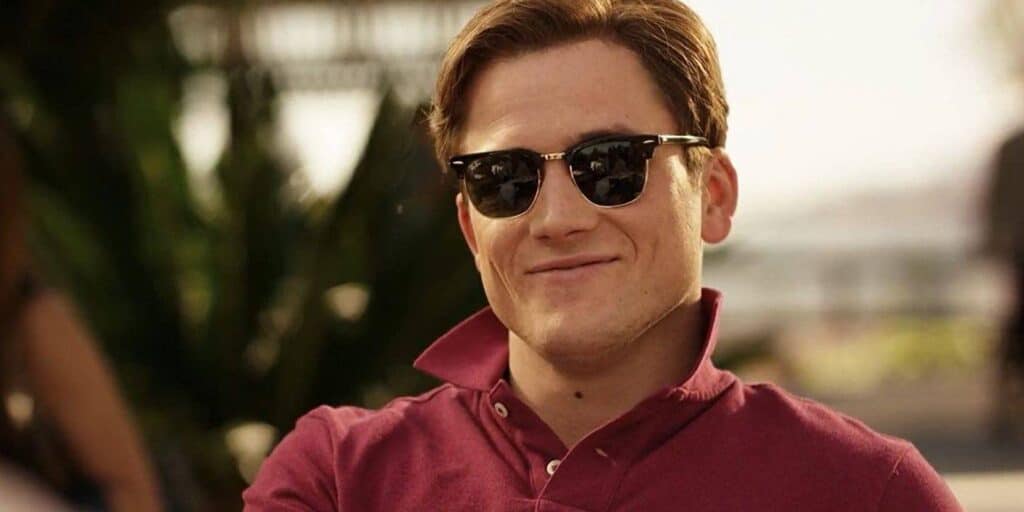 Based on a true incident, Billionaire Boys Club tells the tale of a group of young, affluent guys in the 1980s who launch a fraudulent Ponzi scheme that leads to murder. The two group leaders are Taron Egerton and Ansel Elgort. Although it has received few favourable reviews, it belongs to the same genre as popular films like Wall Street and Wolf of Wall Street and has a significant amount of Taron Egerton. 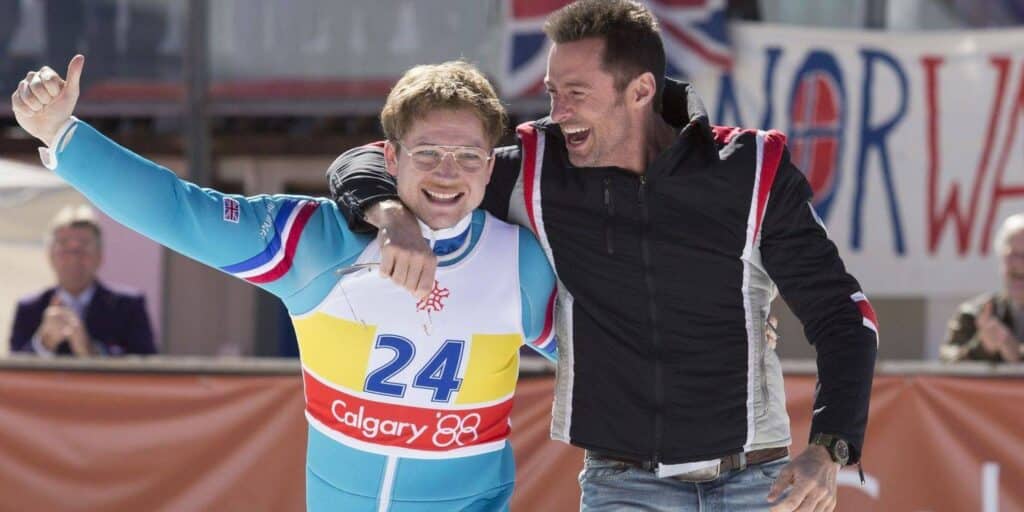 This sports film, which is based on a true story, stars Taron Egerton. Eddie is not very athletic, which is a problem because he grows up wanting to be an Olympian. Despite being turned over for the Olympic squad, he keeps training and even forges a new route by starting the extremely risky sport of ski jumping.

As he tries to practise, he is laughed at and made fun of, but eventually he finds a reluctant but ultimately willing coach (Hugh Jackman) to show him the ropes. Even if everything is in Eddie’s way, he persists and will not be discouraged from his dream of competing in the Olympics, making it an upbeat and feel-good film. 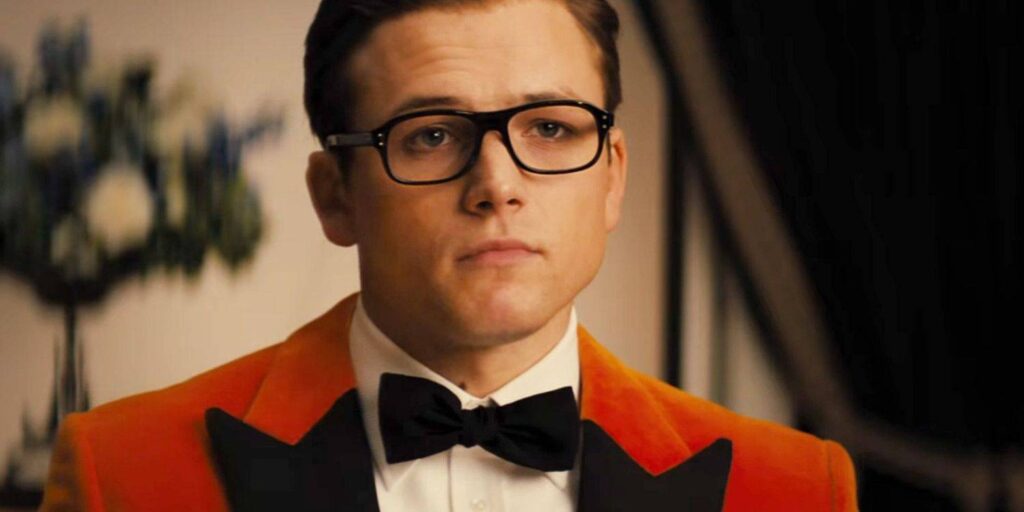 This Kingsman: The Secret Service sequel was enjoyable to experience. Many of the popular elements from the original movie were carried over, and a few new features were also included.

After someone destroys the British Kingsman bases, Eggsy and Merlin (Mark Strong) strive to rebuild and meet up with Jeff Bridges, Halle Berry, Channing Tatum, and Pedro Pascal in America. Even though it wasn’t as popular as the first movie, Taron Egerton gets a lot of screen time. 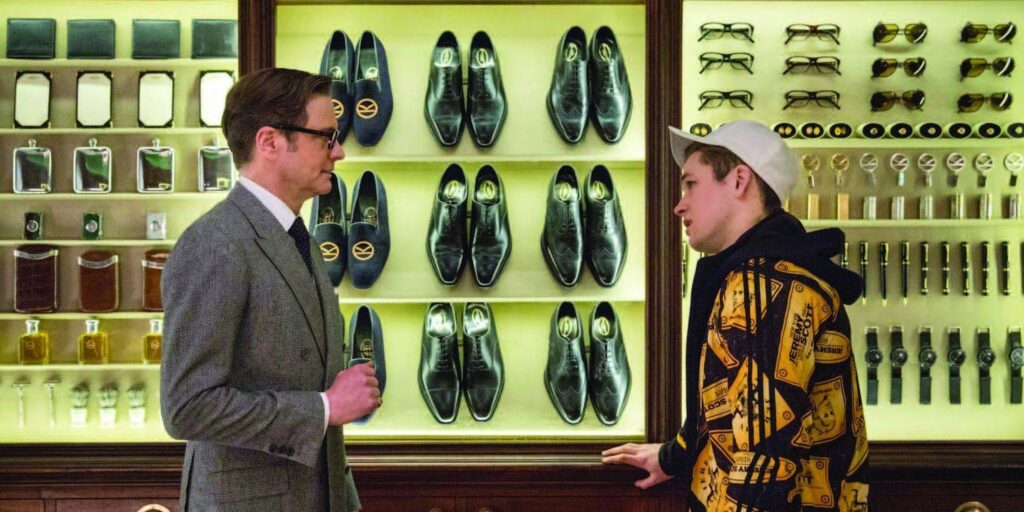 In the first instalment of this spy series, Taron Egerton’s character Eggsy is introduced before being asked to join the Kingsman Secret Service. In order to preserve Colin Firth’s Gallahad, Eggsy’s father, who was a participant in the experiment, sacrificed his life. Eggsy is added to the group as a possible member by Gallahad in return. There are a few unexpected turns throughout, along with some espionage gear and villainy on the level of James Bond from Samuel L. Jackson and Sofia Boutella. If you haven’t seen it, it’s a fun and funny movie with some fantastic combat choreography all throughout. 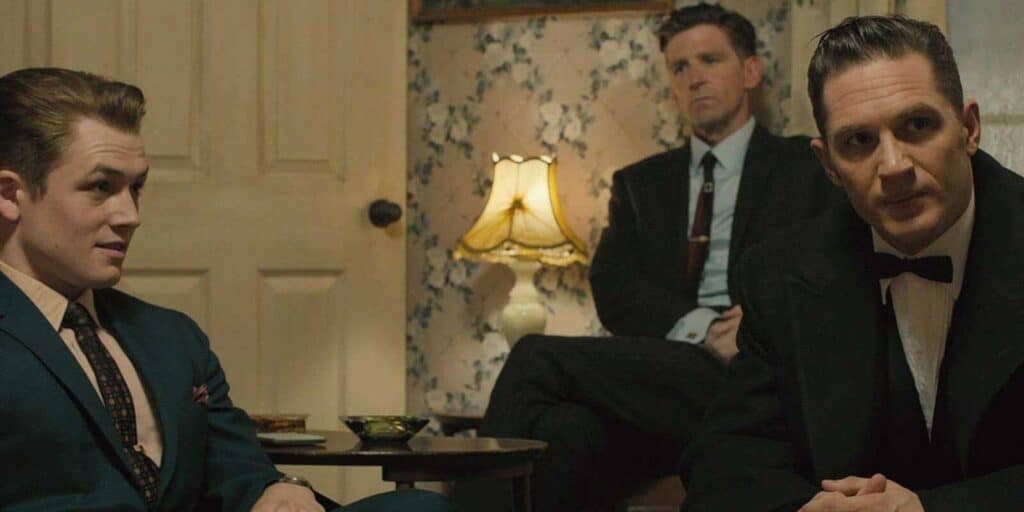 Legend stars Taron Egerton in a suit and Tom Hardy in a tuxedo. The film is based on the true story of the Kray brothers, who mercilessly extort and murder people to achieve what they want. Tom Hardy plays both brothers. Teddy, a deranged character who was said to have had affairs with Ron Kray, is portrayed by Taron Egerton. Given that Hardy plays both brothers, the film explores the brothers’ relationship in detail. 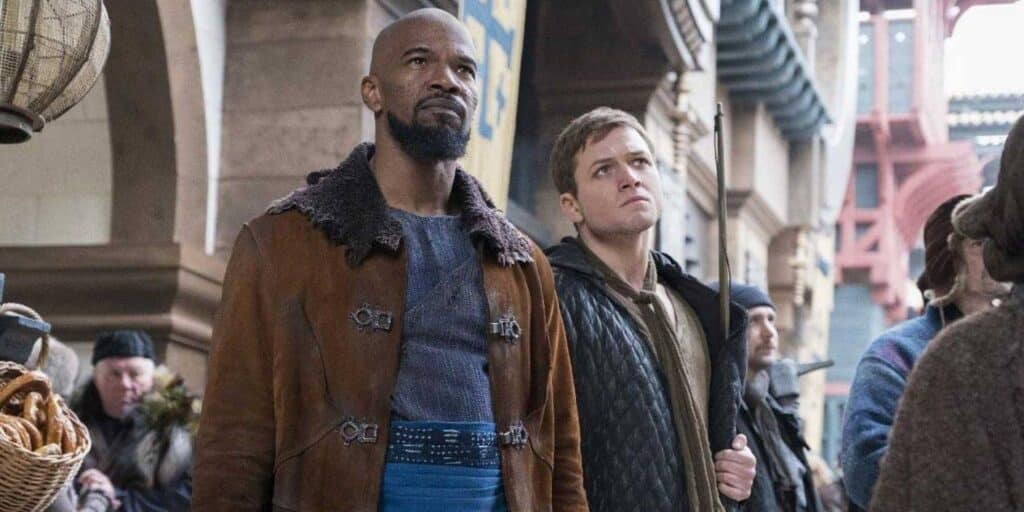 Taron Egerton plays the title role in this adaptation of the Robin Hood legend. Even though Egerton does a decent job as the film’s star, it didn’t receive the best reviews. The plot has probably been done and rewritten too many times by this point, and there is a lot of slow-motion action that is distracting. That being said, if you want to see a lot of Taron Egerton, check out this entertaining popcorn movie where he spends much of the time using a bow and arrow. 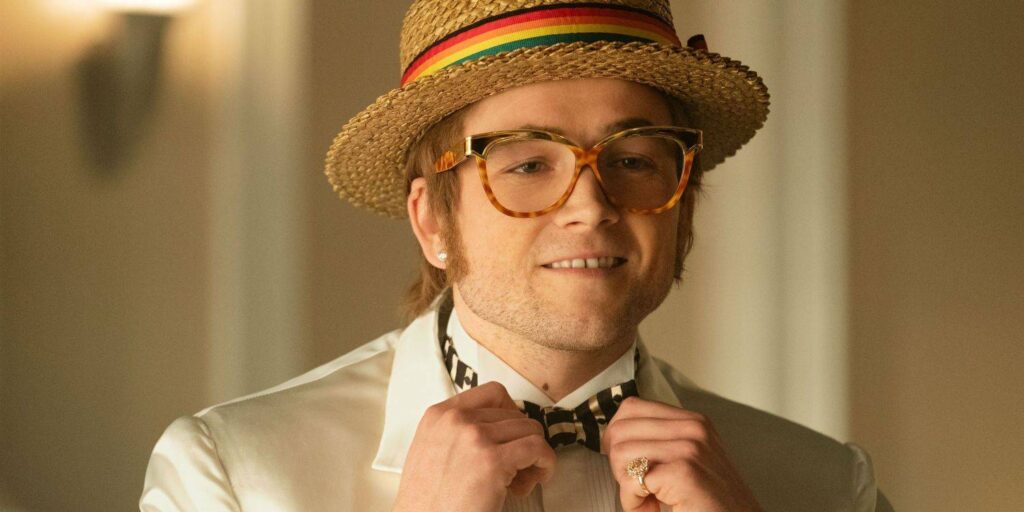 It is evident that Taron Egerton gave this movie his all, both as an actor and singer, as the ensemble contributes their vocals to Elton John’s songs. If you enjoy Elton John’s music and Taron Egerton’s acting and singing, this wonderful musical with a decent balance of comedy and drama is certainly worth seeing! 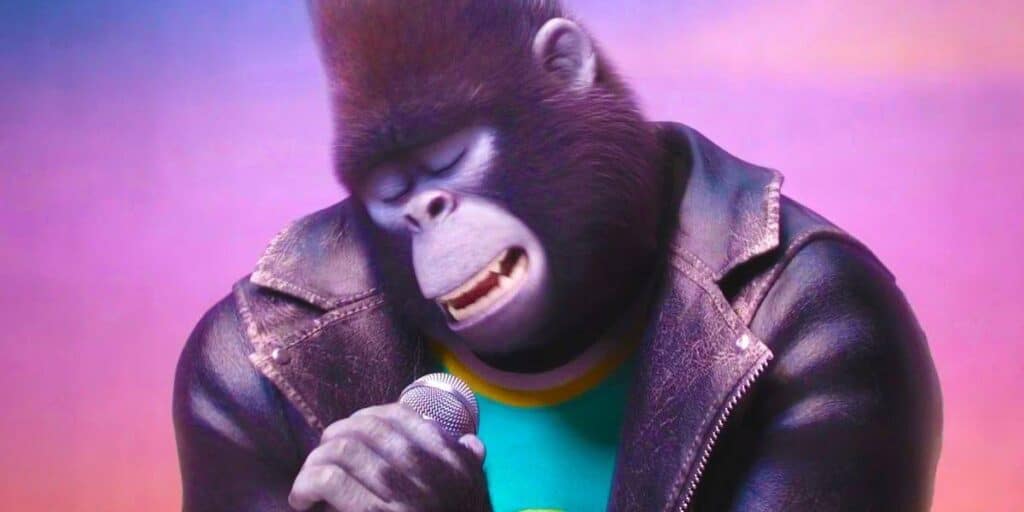 This computer-animated musical features a bunch of animals competing for a prize from Matthew McConaughey’s voiced showrunner and theatre owner, Buster Moon the koala. With some fun singing from amazing musical talents like Taron Egerton, Seth McFarlane, and Tori Kelly, it’s a joyful and endearing film.

Johnny, the cartoon gorilla voiced by Taron Egerton, even performs the song “I’m Still Standing” by Elton John as a playful prelude to his part as Elton in the upcoming film Rocketman. It’s a fantastic, heartwarming film that you should watch! 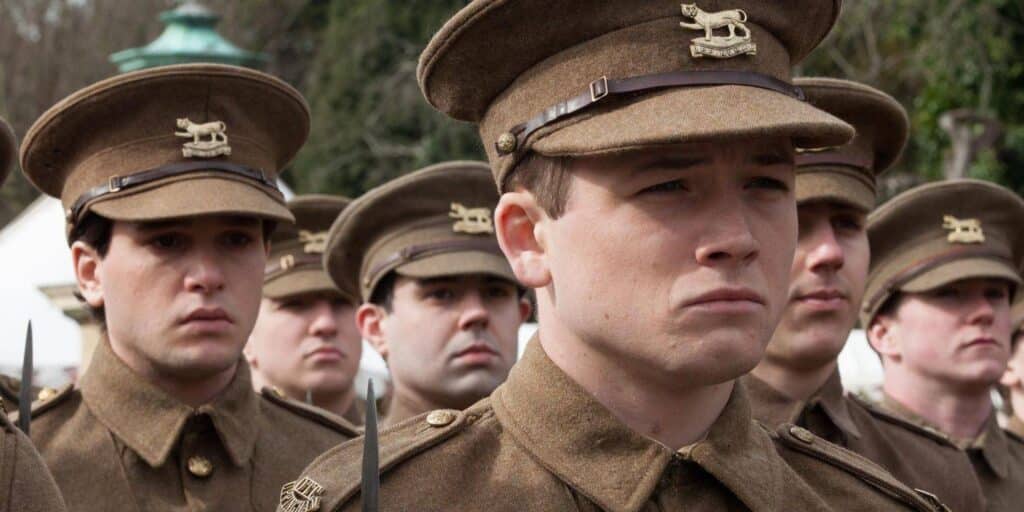 This movie, which is based on Vera Brittan’s memoirs and stars Alicia Vikander as Vera, follows the Brittan family just before and throughout World War I. Vera is followed as she decides to leave Oxford and join the military as a medic. Her older brother Edward, who is portrayed by Taron Egerton, enlists in the military alongside Kit Harington’s portrayal of Roland, a boyhood buddy. The dramatic storyline of the movie focuses on how the war impacts these characters individually as well as the rest of Britain. 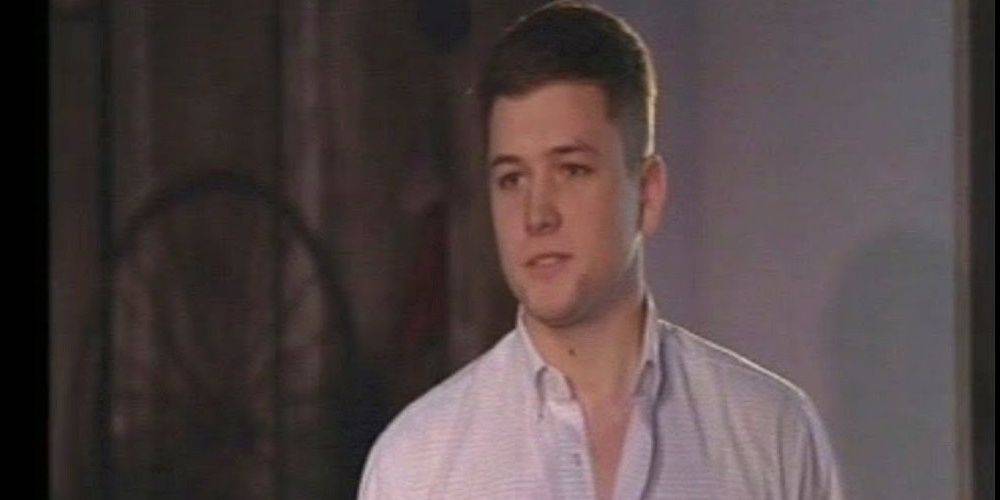 A play called The Last of the Haussmans was adapted for the big screen. An elderly hippy is followed as she tries to deal with her family’s concerns, problems, and broken family structure. It’s an interesting medium, as are most filmed plays, and it’s always wonderful when everyone can see the play in the comfort of their own homes when they can’t see it in action.