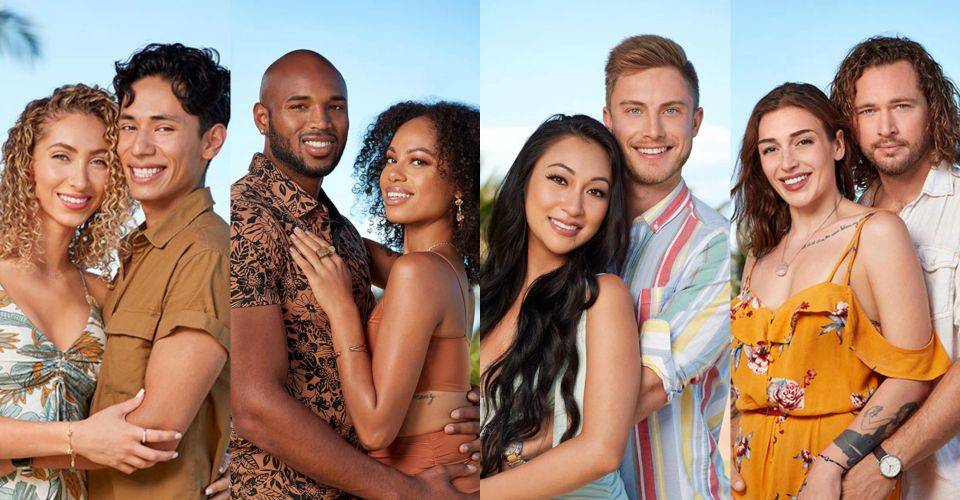 A new ad for Season 4 of Temptation Island teases a dramatic conclusion and reunion. Ashley Rodriguez and Lascelles Lagares, Iris Jardiel and Luke Wechselberger, Ash Lamiroult and Hania Stocker, and Gillian Lieberman and Edgar de Santiago all made appearances this season. All four couples arrived on the island with a laundry list of concerns they planned to resolve during their time apart. Gillian and Edgar, for example, had some trust difficulties that they expected to resolve, and all of the couples hoped to emerge from the experience with a stronger relationship.

Unfortunately, situations on Temptation Island quickly deteriorated, and the cast members sought consolation in the house’s singles. For the ladies, Ashley connected with Blake Blumenshine, Iris with season 2 alum Deac Conti, Ash with Taylor Patrick, and Gillian with Tommy Soltis. Lascelles fell in love with Trace Winningham, while Edgar left his final campfire with Marissa Rodriguez. Meanwhile, Luke remained devoted to Iris, even purchasing an engagement ring with the intention of proposing to her during his final bonfire. Hania is also hoping that Ash will forget about their connection from the programme and return to him.

Temptation Island promises what’s to come in the finale and reunion episode, but the season is coming to a close after all the drama. The remaining couples reconvene at their final bonfire in the Temptation Island teaser, released on the show’s official Twitter account, ready to decide the fate of their romance. “The heart is pounding out of my chest,” Luke admits to his nerves as he awaits Iris’ choice on whether to stay with him or send him home alone. Iris later discloses at the reunion that she spotted her boyfriend contacting Paige Whisenant, the season 4 single, on Instagram, and several other cast members look to cry.

MY heart is pounding out of my chest 😳 Don’t miss the #TemptationIsland SEASON FINALE this Wednesday 9/8c followed by the reunion special 10/9c! pic.twitter.com/YNChVoEFmo

Gillian and Edgar have made their final choices so far. When Edgar was disturbed at hearing Gillian say she was considering putting off the promise ring Edgar gave her early in the season, the two appeared to be over each other. Things took a turn for the worse when Edgar had an affair with Marissa, which Gillian witnessed from the safety of the campfire. They were clearly not going to heal after that. When they were reunited, they planned to leave the island separately; however, once Gillian had left, Edgar chose to speak with Marissa and decided to go with her.

Season 4 of Temptation Island has been filled with ups and downs and unexpected turns, so the finale and reunion are only fitting. While Edgar and Gillian have made their decision, the three other couples have yet to make theirs. The interaction between Ash and Hania will be particularly interesting, as Hania appears to be far more committed to his relationship than Ash is. Everything will be disclosed at the reunion, including how the singles are doing.

Did Jamal Murray Broke Up With His? Or Is The NBA Star Still Dating Harper Hempel?

Where Is Tiffany Cole Now? The Murderer Of Carol and Reggie Sumner