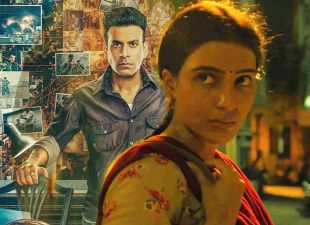 From June 4, 2021, an Indian web series called The Family Man 2 will be available on Amazon Prime Video. In addition, the online show’s founders and producers are the skilled Raj and DK. They will also be in charge of the direction team, together with Suparn S Varma. Suman Kumar is supporting them in the writing department. Furthermore, The Family Man is the second installment in the franchise. The previous season was a huge success. In the key roles are Manoj Bajpayee and Samantha Akkineni. While Manoj is well-known, Samantha is making her digital debut on the show. Aside from that, the show is also accessible in Hindi, English, Tamil, and Telugu. As a result, the entire country is entertained.

Srikant Tiwari (Manoj Bajpayee) is the protagonist of the film, who is trying to rescue his marriage and become the titular man. He and his wife eventually see a relationship counselor. Furthermore, his new job is taxing for him, and he suffers from FOMO (fear of missing out). Srikant was an NIA intelligence officer before changing jobs, as seen in season one.

He receives a call from an ex-colleague in the midst of the chaos. The latter reminds him of the exhilaration and activity he experienced in Chennai when dealing with terrorists. As a result, he decides to return to work. He quickly realizes that the upcoming onslaught on the city would be massive and destructive. Raji, a terrorist, is also planning the attack (Samantha). She only has one goal in mind: to destroy everyone. To find out what happens when Raji meets Srikant, watch the series.

The Family Man Season 2 All Episodes