The Frasier relaunch appears to be in a standstill. After years of Kelsey Grammer leading the charge, Paramount+ ordered the Cranes’ return to television in early 2021. However, up until lately, there hadn’t been much information available regarding the progress of the planned reboot, which should be cause for alarm.

Grammer’s Frasier Crane debuted on Cheers before receiving his own spinoff. When Ted Danson decided it was time for the Boston-based sitcom to cease, NBC found a way to capitalise on its success. He rapidly became a fan favourite. The haughty psychiatrist from Frasier met up with his loved ones as he went back to his Seattle home. It continues to be one of the few spin-offs that has achieved the same level of popularity as its parent show.

It makes sense that there would be interest in restarting Frasier in this era of revivals. Sadly, the project appears to be struggling to get off the ground despite having the support of Paramount+ and the enthusiasm of the general audience. The little Frasier revival updates Kelsey Grammer has supplied so far suggest that the production team is struggling to understand the premise of the show. Moving on with the remainder of the process without it is understandably challenging as the story is what eventually engages the rest of the cast.

When Will The Frasier Reboot Release? 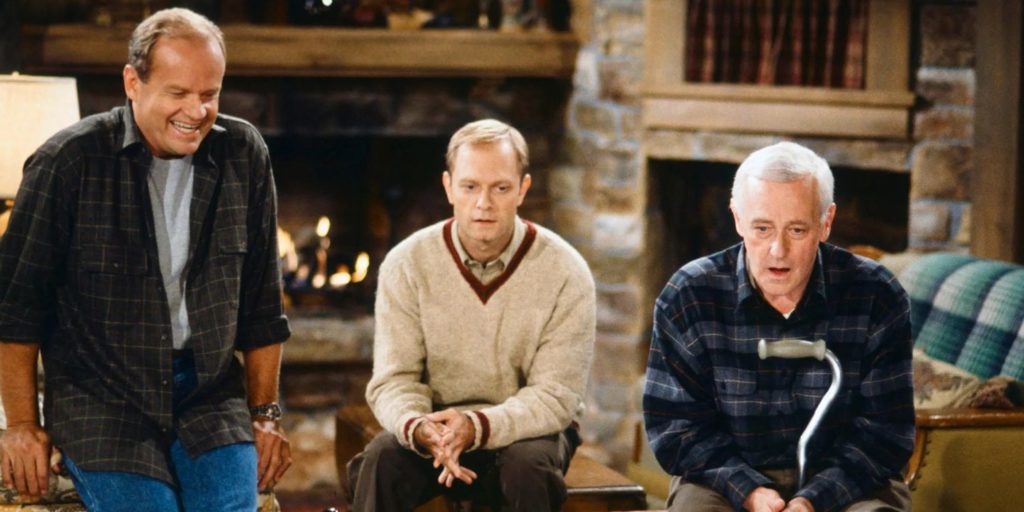 David Hyde Pierce and Bebe Neuwirth have stated recently that while they are willing to return to their respective roles as Niles Crane and Lilith Sternum, respectively, they aren’t currently actively participating in the Frasier reboot’s development. Peri Gilpin, who plays Roz Doyle, and Jane Leeves, who plays Daphne Moon, have yet to publicly comment on the project since Paramount+ gave it the go-ahead.

As early as 2017, Grammer was already discussing the Frasier revival. He stated in 2021 that viewers may anticipate the show’s debut sometime in 2022, but it would appear that is no longer the case. According to Grammer’s most recent update, the show’s filming may begin in October 2022, although it may also begin later. Later, he acknowledged that he actually doesn’t know because he and his team were working on other projects that would shortly begin production. According to this hazy schedule, it’s probable that the Frasier reboot will continue to be in production limbo for the foreseeable future.

Grammer also disclosed that he has read the pilot’s screenplay and that he really enjoyed it, which is fantastic news for the Frasier reboot. Theoretically, it would be much simpler to proceed once they have the pilot and the show’s justification for returning down, especially in light of the fact that several of Frasier’s original Seattle cast members indicated interest in returning. The public should be prepared for the possibility that Frasier may not launch for a while despite the fact that enthusiasm has been growing for the last few years.