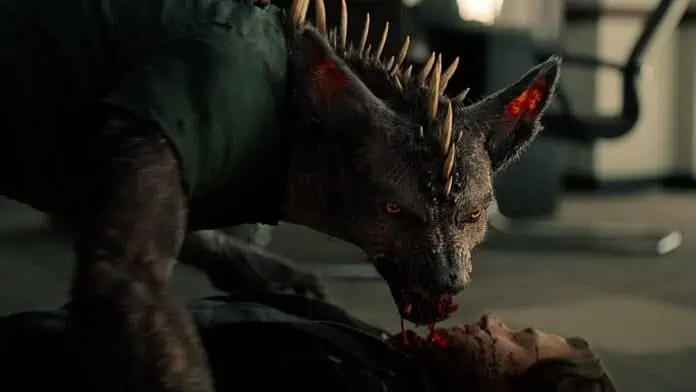 The Imperfects Ending Explained: Do They Find A Cure In The End? All Questions Answered

In the science fiction series The Imperfects, three people in their twenties discover that experimental gene treatment has turned them into “monsters.” Netflix is currently streaming the show.

Aspiring scientist Abbi Singh, artist Juan Ruiz, and singer Tilda Webber realise they are experiencing extraordinary side effects as a result of not receiving medication from the brilliant scientist Alex Sarkov.

Pheromones that Abbi secretes cause people to lust after her and obey her commands. While Tilda has tremendously improved hearing and a devastating voice, Juan transforms into a chupacabra.

They start identifying as succubus, chupacabra, and banshee because of their resemblances to fabled creatures.

They had participated in an AGDS Wellness Program designed to treat people with genetic diseases. Colleague Sydney Burke of Sarkov explains that they created the programme jointly.

Sarkov and Burke split up because of Sarkov’s belief that stem cells may be used to create superior beings instead of treating people with AGDS. The medications maintained the stability of their genes, but that is no longer a possibility.

They start hunting for Sarkov, who can heal them, but they can’t find him. Doug, another victim with fundamental immortality, confronts them. He believes it is a curse, though, that he can feel any suffering that has been done against him throughout his life.

He offers them a gentle death in exchange for information on where Sarkov might be. Burke’s plan to kill him with acid is revealed to him, and he decides to take his own life.

Contact is made between Abbi, Juan, and Tilda and Maxwell, a former Wellness Program participant who might be able to provide information about Sarkov. But it turns out that this was all a hoax and that they were really biohackers. Nate Lang is really Maxwell.

The stem cells caused the genuine Maxwell to turn into a fish-like creature and die. Juan vanishes after the three kill Nate’s accomplices.

He finds himself to his brother Alejandro’s home where he meets up with his niece and his brother’s family once more.

They are currently being sought after by Finch, a mysterious woman, and Flux, a group that deals with genetically altered species.

Hannah, another participant in the Wellness Program, and Abbi become friends without any negative repercussions. Juan and Tilda locate Sarkov, who is after Zoe, another “Imperfect” with potentially harmful electrical abilities.

Sarkov is returned and Zoe is reunited with her family with the aid of Juan and Tilda. It turns out that Finch is just Burke’s alter ego, just to how Juan can become a chupacabra.

Burke gives herself over to Dominique Crain’s Flux. Nate, who has begun exacting retribution against others near the three, attacks Darcy, Juan’s girlfriend, but Juan defends her.

After killing Tilda’s boyfriend, PJ, Nate causes a change in Tilda’s demeanour. Hannah is upset with Abbi for transforming her into a monster.

Nate kidnaps Hannah and forces them to give it to him first, curing him of his adverse effects while Sarkov develops a treatment.

Abbi talks of giving the treatment to all test subjects, but Sarkov’s scheme is more ambitious. He desires a method of distribution for extensive experimentation.

Sarkov instructs the three to obtain nanobots from Dr. Monday for his plans because they are dependent on him for the treatment. The nanobot printer is taken by Tilda after they kill her.

Later, Tilda and Juan share a bed, but as he wakes up, she and Sarkov leave with the nanobot printer. She embraces his philosophy due to the distressing effects PJ’s passing caused her.

Juan and Abbi are taken back to Monday’s lab where the nanobots take control of them. Thankfully, even after taking control of their bodies, they can still be destroyed.

Working together together, Burke and Finch manage to escape the Flux facility and make an effort to find Juan and Abbi again. A few flashbacks show that Burke had provided financial assistance to Sarkov when he needed it.

Juan and Abbi arrive at different decisions. Juan wants to find Sarkov due of his attraction to Tilda, while she wants to create her own remedy.

Alejandro prompts him, and he finally attends his niece’s birthday. Juan kills the Flux agent who was pursuing him with his Chupacabra form.

Burke/Finch are back and aid Abbi in developing a treatment utilising DNA from Sarkov. Despite her success, Finch smashes it because Burke is worried that a secret regarding Sarkov may be revealed.

Alejandro begs Juan to never come back if his family isn’t his top concern as Juan abruptly leaves his niece’s party. He gets Abbi’s aid in burying the Flux agent. Even if their adverse effects are eliminated, the two concur that they will never be able to be human.

Juan warns Tilda about the dangers of the nanobots. Sarkov draws a revolver on her as she tries to stop him.

Finch betrays Abbi and Juan as they approach Sarkov’s position. She orders Sarkov to make her Finch forever after knocking the two unconscious.

Burke warns him against betraying her. Assuring her that she has nothing to worry about, Sarkov nevertheless kills Tilda by shooting her, and they kidnap Juan, setting up the climax.

The Imperfects ending explained in detail:

How do Abbi and Tilda stop Sarkov?

Abbi is upset as she examines Tilda’s body and starts berating her for supporting Sarkov. She awakens to her amazement and mocks her for teaching a corpse.

It turns out that they possess regenerative abilities similar to Doug, although the reason why is still unknown because Maxwell never rose from the dead.

Tilda and Abbi find Sarkov. They ask Hannah to take them there in her car. After the former attempted to utilise her skills to aid Hannah in creating the cure earlier, Abbi and Hannah reconcile.

Sarkov has turned Juan into a permanent chupacabra as part of an experiment. He will use the outcomes to permanently transform Burke into Finch.

Sarkov is taken prisoner by Abbi and Tilda once they arrive. Juan, however, has already had an injection. In the event that he cannot morph, he begs them to kill him. The plan of Sarkov is therefore defeated.

How are Crain and the Flux exposed?

Benning from Flux and Agent Sponson team up with Abbi and Tilda after suspecting Crain of being connected to the scientists they were looking for.

Abbi uses the pheromones to get Sarkov to disclose the truth after she has captured him. According to his theory, Crain has been paying scientists to develop monsters. Flux wouldn’t exist if there were no significant problems to be solved.

Sarkov thinks he was never sponsored, but it turns out that the Helix Institute where he obtained his grant was just a front for Flux to hide their money. Crain is under investigation while Sarkov is taken into custody.

Are all ‘The Imperfects’ cured?

Abbi and Juan are overjoyed that they have finally found the treatment. Tilda, however, sneaks away because she wants to live as a “monster.”

Juan and Abbi appear to be in recovery and remain friends. After three months, Tilda is now saving people who have been infected by a virus and directing them to Burke for treatment.

Juan becomes aware that he is reverting to a chupacabra while speaking with his niece. With the help of her pheromones, Abbi has been tracking down the remaining nanobots.

The whole city has been infected by the monster virus. Hannah discovers Juan’s hands have irreversibly changed while Abbi has been captivated by the substance. The remedy wasn’t long-lasting, and a fresh danger has appeared.

Burke, who is now Flux’s leader, meets Sarkov. She says that if he tries it again, all of his transgressions will be forgiven.

Through her initiatives, Crain was able to persuade the board that a fresh strategy is now required. Sarkov realises she is actually Finch, posing as Burke, in the middle of their chat.

She dials Dr. Hallenbeck, a wealthy man who used his DNA to construct Sarkov as a super-intelligent being. Sarkov is ignorant of the reality.

Burke says that she and Hallenbeck collaborated to persuade Sarkov to produce more advanced beings. She also gives him the assurance that they will be successful this time.

Burke’s reflection on the laptop towards the end of the season displays a picture of Finch grinning over how well her plans are going.

Is Adar From LOTR : The Rings Of Power Actually Sauron?

Who Is Raja Kolander From Indian Predator: The Diary Of A Serial Killer – Where Is He Now?