The Outlaws Ending, Explained In Detail | What Really Happened In The End?

The black comedy series ‘The Outlaws’ (formerly ‘The Offenders’) was created by Stephen Merchant and Elgin James with the goal of making feel-good television. While the rushed conclusion takes away some of the enjoyment, the series remains lovable and amusing, with a fantastic cast (including Christopher Walken) portraying unique characters.

The plot follows a gang of seven people who are involved in a money laundering and embezzlement scheme. While the show exudes a sense of community, the motley crew joins together for a communal payback exercise. Let us assist you if you want to revisit the conclusion from a different perspective. WARNING: SPOILERS AHEAD.

Rani Rekowski’s family is looking forward to her Oxford degree, but she has been referred to Bristol Community Services after a series of burglaries. Small-time crook Frank Sheldon, divorced lawyer Gregory Dillard, radical activist Myrna Okeke, right-leaning businessman John Halloran, Christian Taylor (whom we later discover to be Ben, an imposter of Christian), and social influencer Lady Gabriella Penrose-Howe are among the inmates she meets in the office of Community Service officer Diane. The titular criminals are transported by bus to a decrepit community facility, which they must spring-clean and refurbish.

Rani has a crush on Ben, while Myrna and John become natural enemies. Gabby offers Ben a joint later in the day, and despite his best intentions, he believes a few drags will not damage him. Meanwhile, Diane’s boss pays her a visit and finds Gabby, Ben, and Rani hiding in the back. John Halloran appears to know Ben’s “lot,” which leads to a brawl that Gabby broadcasts live on her social media account. Frank suggests that John arrange the famed Chinese wine “Guanxi” for a smooth transaction because he appears to have an imminent business arrangement with the Chinese.

With the help of the tip, John closes the deal with Chairman Yang, saving his family’s company. However, the following day (thanks to Diane), he fails to arrive at the location on time, and Chairman Yang’s daughter discovers the fight video through Gabby’s account. Due to the two incidents, Chairman Yang cancels the transaction and hires a competitor. In another occasion, members of the Brookhill Crew approach Christian during the service and beg him to perform a work in the Lawrence Hill suburbs.

Christian wants to leave, but the gang leader isn’t interested in bargaining. Christian, on the other hand, is more concerned with keeping his sister Esme out of the gang. As a result, he agrees to complete the assignment on one condition: Esme must be excluded. When a heat gun goes missing from the toolbox, Diane orders all offenders to reveal their bags, and the Brookhill Crew leader offers him a gun. Of course, because Christian is a person of color, John quickly accuses him of stealing, putting Christian in a position where he may have to face worse punishment if he has a gun. 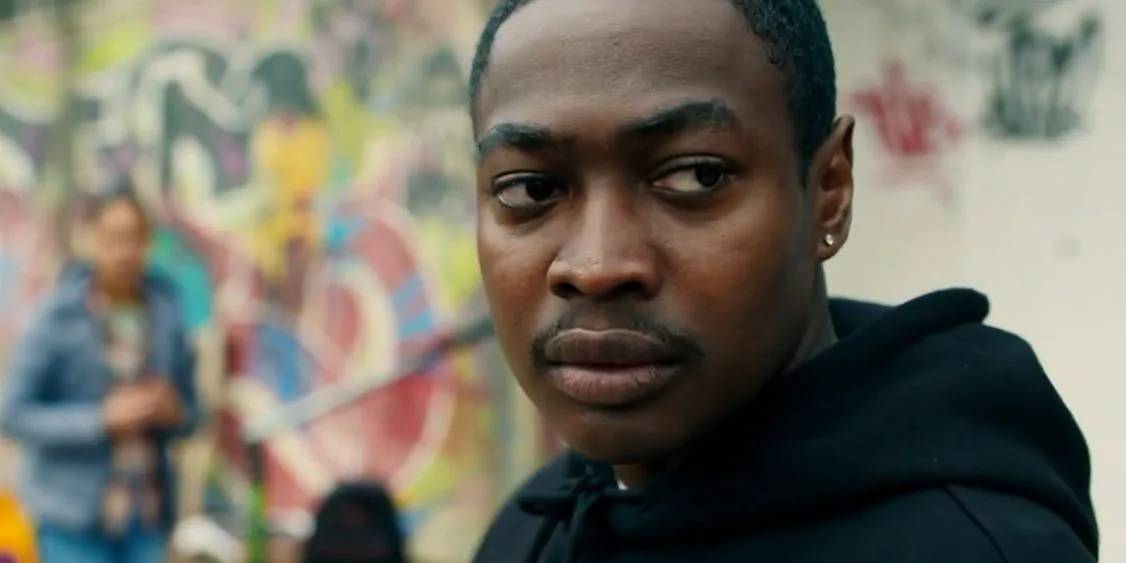 Rani, ever the genius, effortlessly removes the gun from the bag and breezes through the security check on their way out. She returns to Christian outside the premises with his weapon and agrees to educate his sister if he stays out of trouble. With his back to the wall, Christian sees no way out of the criminal cycle. He goes to a rival gang den in Lawrence Hill, masked, and asks for the “line.” Christian discovers a large sum of money on the phone (which contains all of their contacts). He almost gets shot in the process, but Rani comes to his rescue by using the headlights of her family car to create a distraction.

While the goons take down the number of the family car and the “Rekowski” sign, Christian runs. Christian hides the money in a ceiling compartment in their place of imprisonment while Rani heads home and erupts in a party. Frank, the man who stole the heat gun, considers arranging a party for his grandson to assist him court some females. He also requests Gabby’s presence, which Her Ladyship graciously agrees to provide free of charge.

Myrna finds the bag of cash while working and gives it to John. Later, the two carry it to Frank’s house for a party. They consider all of their alternatives, and Frank, who lacks a moral compass, suggests that they consider how their lives might change if they get away with the money. Myrna and John agree to hand over the money to the cops. 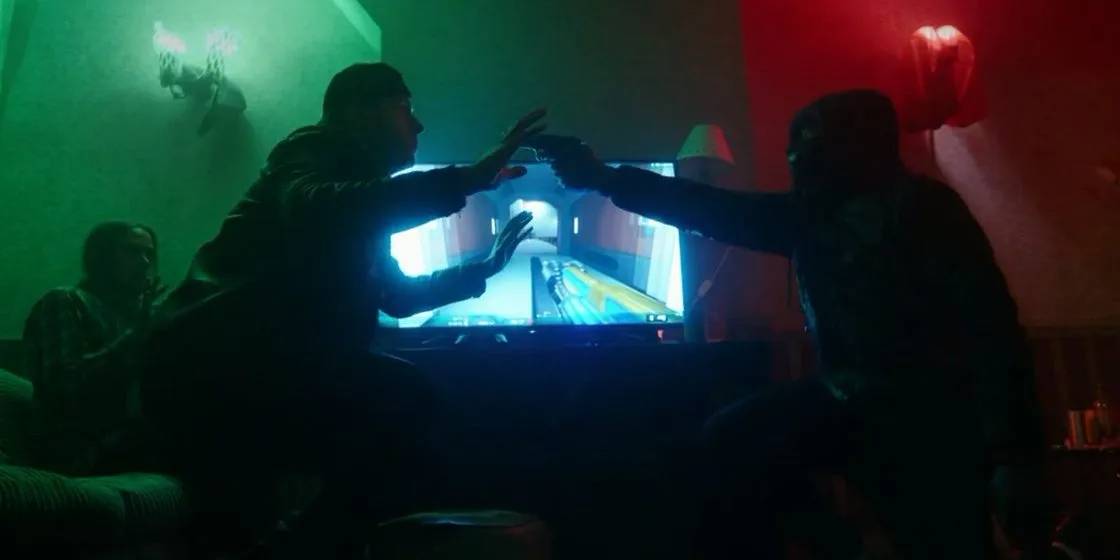 However, because John’s family is in financial distress as a result of the deal’s cancellation, he has a change of heart. Myrna is also a participant, wanting to utilize the funds to support her liberal leftist organisation, A38. On the other hand, the thugs pay a surprise visit to Rani’s house when her parents are not around. Rani diverts their attention by fabricating a narrative about traveling through the area, while her father Jerzy later tells Detective Lucy Haines that he was out late covering for Rani. Shanthi and Jerzy, meantime, keep Rani on edge by urging her to leave and abandon her Oxford studies. They have the option of allowing her to stay if she does not meet Christian.

Christian and Rani’s bond has grown stronger thanks to Esme’s assistance. Despite Rani’s assistance, Esme decides to skip her examinations and seeks work from Malaki so that she may live freely. However, she gets caught up in a tangle of signals and shoots Spider, a Brookhill Crew officer who also happens to be Gabby’s dealer. Christian is snitched on by Rani again, and the group has another change of heart after Christian and her sister go missing after Diane discovers the pistol. Frank want to flee, but he stays as his grandson burns his ticket and the money he had set aside from the bag.

The Outlaws Season 1 Ending: Is It Really a Banksy Graffiti in The End?

Frank paints over graffiti with the word “Banksy” inscribed on it in the final minutes of the first season. Frank thinks the artwork, which depicts a rat between two paint cans, is “awfully good.” Meanwhile, Diane, who is engrossed in the last pages of a Lee Child novel, misidentifies it as a real rat and inquires if it weighs more than 10 kilograms. She wants Frank to paint over it, confident that it is a graffiti rat. If you haven’t been living under a rock, you’ve probably heard of Banksy, an English graffiti artist and activist. 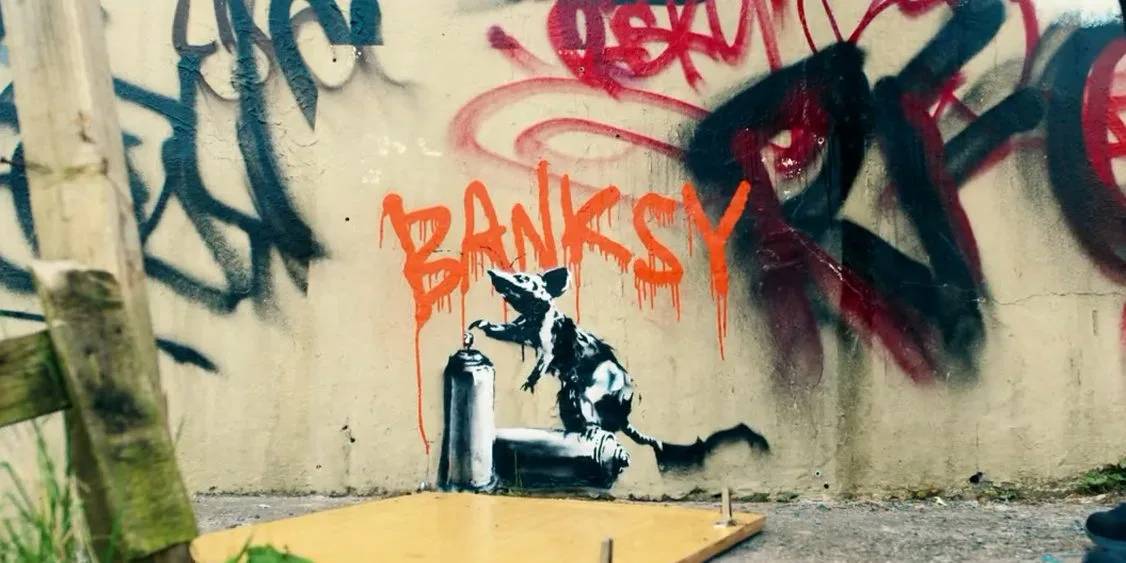 Hula Hoop Girl, Rage, Flower Thrower, and One Nation Under CCTV have all sparked outrage in the media. While the artist has kept his identity a secret, he did appear in his own documentary, ‘Exit Through the Gift Shop,’ in 2010. And, guess what, the show’s mural was actual graffiti by a great contemporary artist. The revelation was revealed on November 10, 2021, weeks before the season finale, which heightened fan anticipation for the conclusion. The credit section likewise opens with a credit to Banksy, indicating that it is his work. To others, the show’s joyful ambience was somewhat diminished by the ending.

Do Ben and Rani End Up in Jail?

The program opens with a daring burglary, so it’s no surprise that Rani, a kleptomaniac, develops feelings for seductive bad boy Christian. However, near the end of the story, we learn that the character we think of as Christian is neither Christian nor a terrible lad. Malaki reveals that Ben was posing for him around the community as a kind of retaliation for Malaki’s father’s illness. Ben went to Dean’s turf to get the phone with the contacts, and as a bonus, he got the money. His sole flaw is that he chooses to run with the money, which is a deliberate decision.

The error leads to another, and Esme, on the other side, shoots Spider, producing even more chaos. Esme and Ben head to an Airbnb after concluding Spider is dead, while the rest of the gang meets their well-intentioned but drug-addled mother. Ben admits to using the gun when they get at the Airbnb. Greg asks him to submit, but the arrival of the detectives adds to the tension. In front of detective Lucy, Esme convincingly accepts squeezing the trigger.

Ben, on the other hand, reacts by reminding Esme that she still has a bright future ahead of her, which Rani agrees with. The other offenders aren’t any better, as they add to the story’s complexity. Finally, Diane agrees that Ben should serve another 100 hours in the community. As the chain gang graces the final scene together, we believe that others are punished as well for their complacency. Rani may possibly cut connections with her family and end up with Ben in the second season, but that is still speculation.