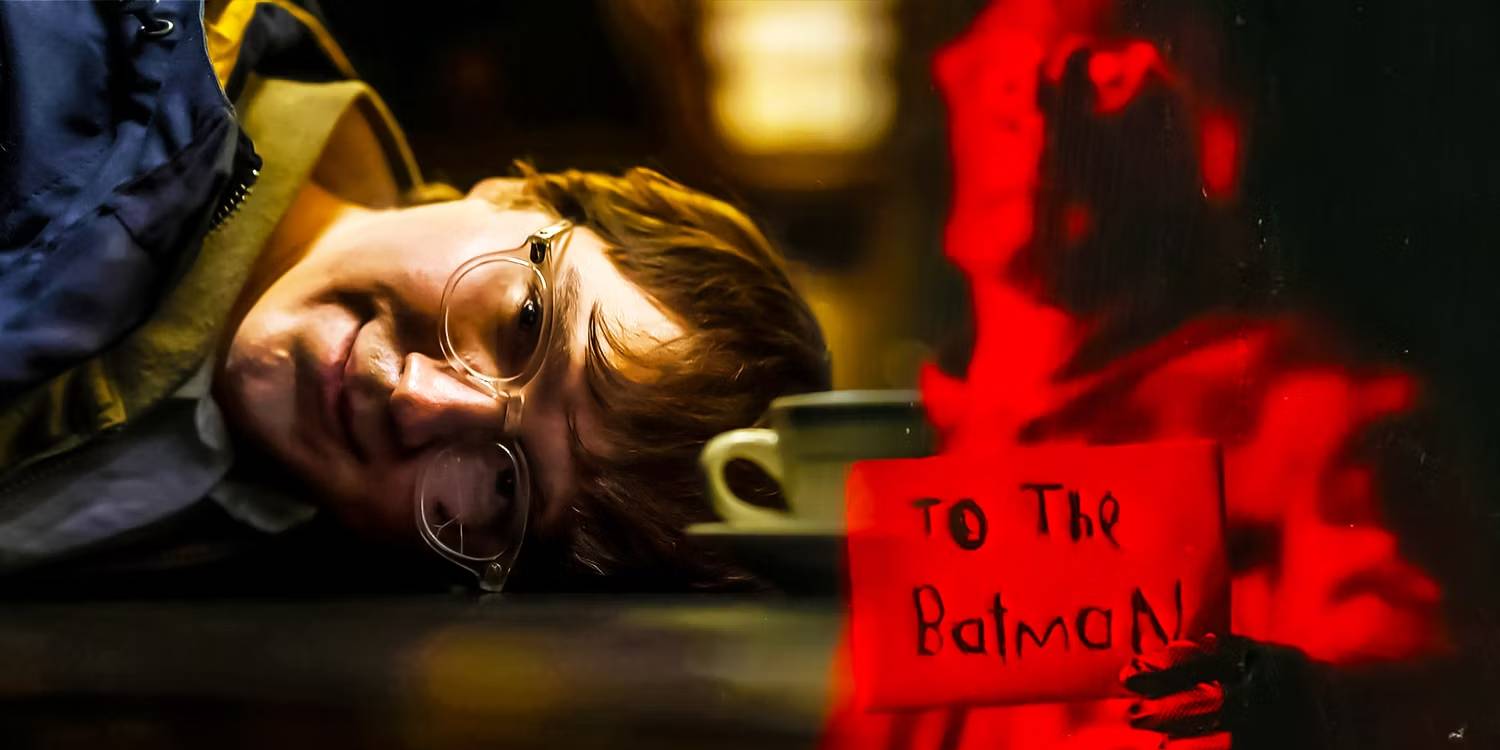 The Riddler Batman: All The Riddles In The Batman Explained With Answers

What do each of the riddles that the Riddler uses to mock the Dark Knight mean, as seen by Batman? The Batman, directed by Matt Reeves from a screenplay he and Peter Craig created, is a detective story more so than any of the other live-action Batman movies. While trying to arrest the Riddler (Paul Dano), Batman (Robert Pattinson) and Lt. Jim Gordon (Jeffrey Wright) are also investigating a plot that links several of Gotham’s most prominent residents.

The Riddler is after anyone with information on an informant who assisted the Gotham City Police Department in bringing down the mob lord Salvatore Malroni, starting with the death of Gotham’s mayor. Malroni’s cocaine bust is being heralded as the greatest success in GCPD history, but the Riddler is aware that this is all a lie. The fact that the enterprise is now being controlled by corrupt Gotham police indicates that it has not actually been shut down. The most powerful people in Gotham have been taking from the city for years, so this kind of corruption is nothing new. Most notably, they have been exploiting Thomas Wayne, Bruce Wayne’s father, to launder money and amass wealth through a nonprofit organisation called Renewal.

The Riddler wants Batman to find this corruption, and he guides him on the way by posing a series of riddles. Others are perplexing cryptograms that only make sense after more of the Riddler’s scheme is exposed, while some are simple wordplays whose solutions get Batman closer to the truth. Here are all of The Batman’s puzzles along with their solutions. 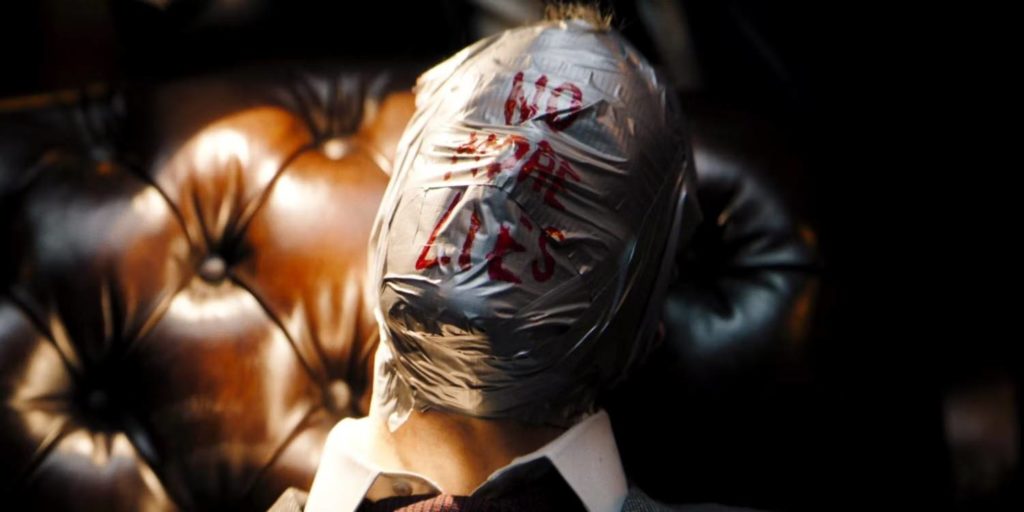 The Riddle: What does a liar do when he’s dead?

The Answer: He lies still.

No matter who it was when it was alive, a dead body will “lay still” and stop moving. However, a dead liar won’t simply “lie still” in that sense; they’ll also “lie still” in the sense that they’ll keep lying until the truth is revealed. The Riddler is claiming that in the instance of the deceased Gotham City mayor (at whose crime scene Batman is given this riddle), he lied for years to hide the corruption in the city. He’ll keep lying even after he’s passed away until Batman and Gordon can figure out the truth.

Riddle #2: Follow The Maze Until You Find The Rat… 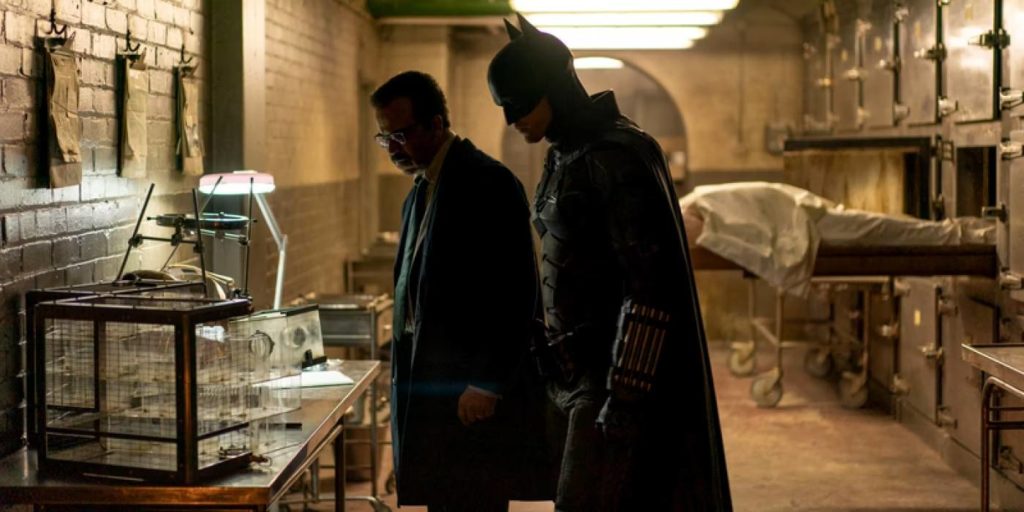 The Riddle: Follow the maze until you find the rat. Bring him into the light and you’ll find where I’m at.

The Answer: Reveal who the police informant is to the public, and the Riddler will reveal where he’s been hiding.

Given that it contributes to Batman’s pursuit of the Riddler, this may be the most significant puzzle. When the cage of rats used to kill Police Commissioner Pete Savage, the second victim of the Riddler, is examined, it is found. When their initial theory about Penguin being the rat proves to be false, Batman and Gordon are right to suspect Carmine Falcone. In the end, it is discovered that the mob boss is not only the police informant but also the brains behind much of Gotham’s corruption, with various city leaders owing him money. Falcone is slain by the Riddler, who has been operating out of an apartment with a view of the Iceberg Lounge the entire time, as Batman hands Falcone up to the authorities and brings him “into the light.”

Riddle #3: You Are El Rata Alada 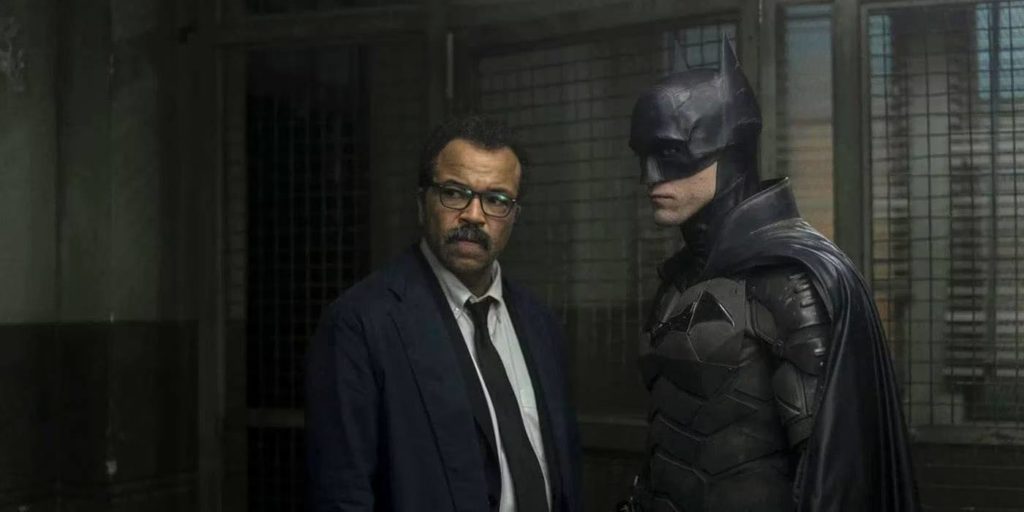 The Riddle: You are el rata alada.

The Riddler also leaves Batman coded messages in addition to riddles. These messages employ a cypher, and the only way to decipher them is by determining which letters correlate to which symbols. One of these cypher messages that stands out is “You are el rata alada.” Because penguins have wings and Copplepot is their top suspect, Batman and Gordon initially believe the clue is the Spanish equivalent of “rata alada,” or winged rat. When Penguin is confronted about this, he explains that the Spanish is wrong since “rata alada” should be preceded by “la” rather than “el.” Batman is forced to reevaluate the message after realising that “You are el” is a homophone for “URL,” which essentially refers to a website. When they visit www.rataalada.com and speak with the Riddler, he offers them another puzzle when he sees that Batman hasn’t solved all the puzzle pieces yet. 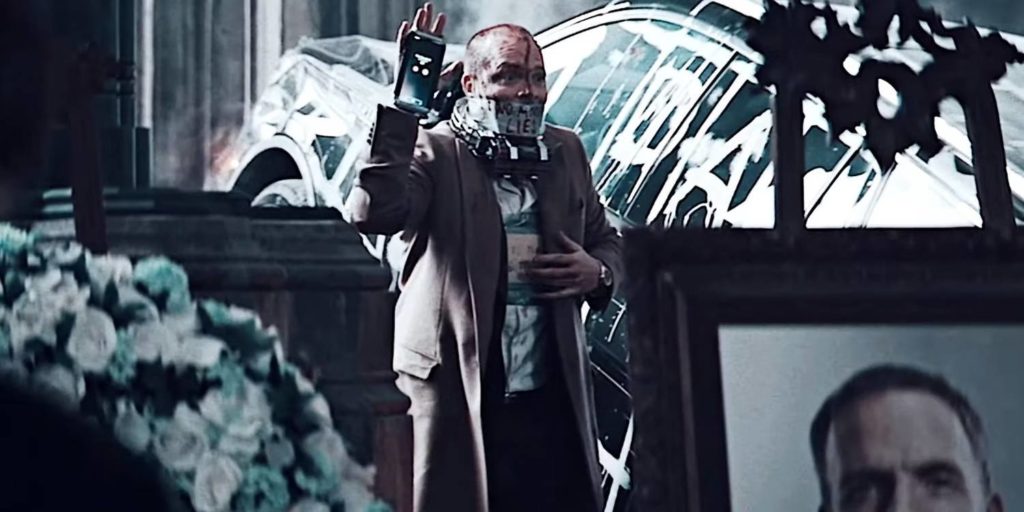 The Riddle: It can be cruel, poetic, or blind. But when it’s denied, it’s violence you may find.

A play on words since justice can take many different forms, but when it’s being withheld (as the Riddler thinks it is in the instance of Gotham’s elite making peace with their misdeeds), the reaction is frequently violent. Gil Colson, the district attorney, will need to solve the first of three riddles before the explosives the Riddler has strapped to his neck can be unlocked. Batman is the one who truly answers, although the first combination code is still cracked.

Riddle #5: If You Are Justice, Please Do Not Lie… 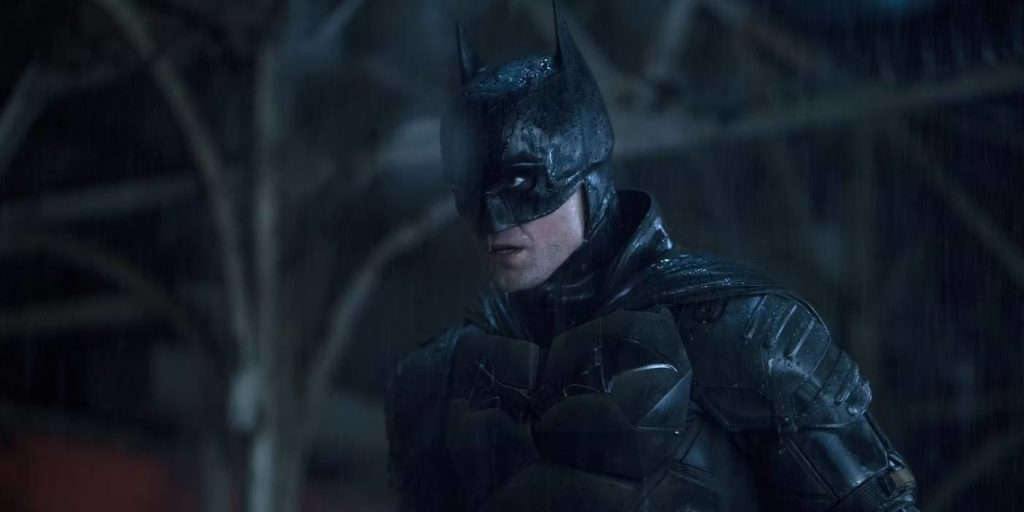 The Riddle: If you are justice, please do not lie. What is the price for your blind eye?

A bribe might be used to compel someone to keep a secret. The identity of the police informant is what is kept secret in this situation. As the “price” for his “blind eye,” Colson and others received payments in exchange for keeping this a secret. After Colson correctly answers the riddle, Batman asks him how much he was paid; he responds, “$10,000.” This reveals that the person who wishes to keep the rat’s identity a secret is quite affluent.

Riddle #6: Since Your Justice Is So Select… 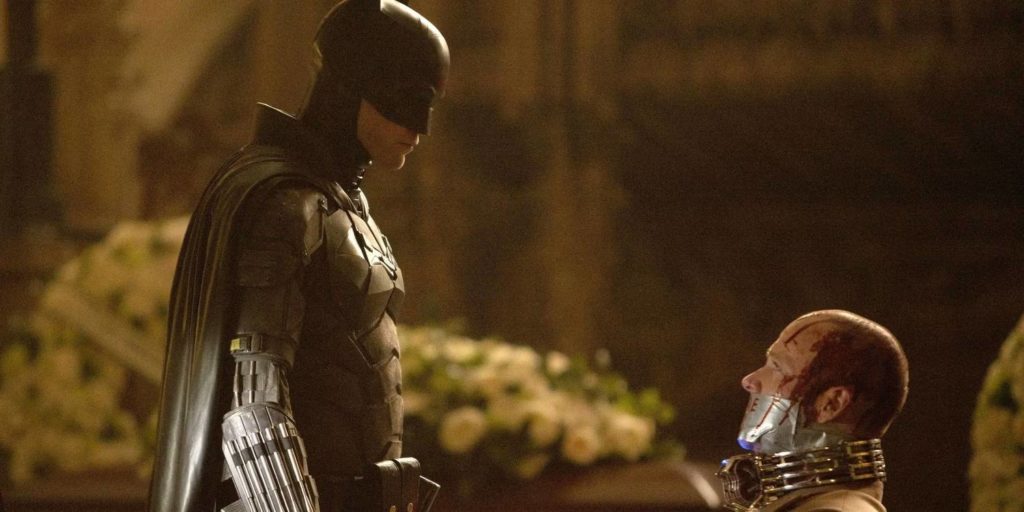 The Riddle: Since your justice is so select, please tell us, which vermin you’re paid to protect?

The Answer: The rat.

Colson is undoubtedly crooked, just like so many other people in authority in Gotham. Because they only truly serve those who have anything to offer them, their “justice” is “select.” The rat is undoubtedly the “vermin” Colson and other people have been hired to “guard.” The Riddler expressly requests “which vermin,” which requires Colson to identify the rat. When Colson refuses, the Riddler blows up the bomb, killing him and rendering Batman unconscious because he doesn’t get the complete answer to his final riddle. 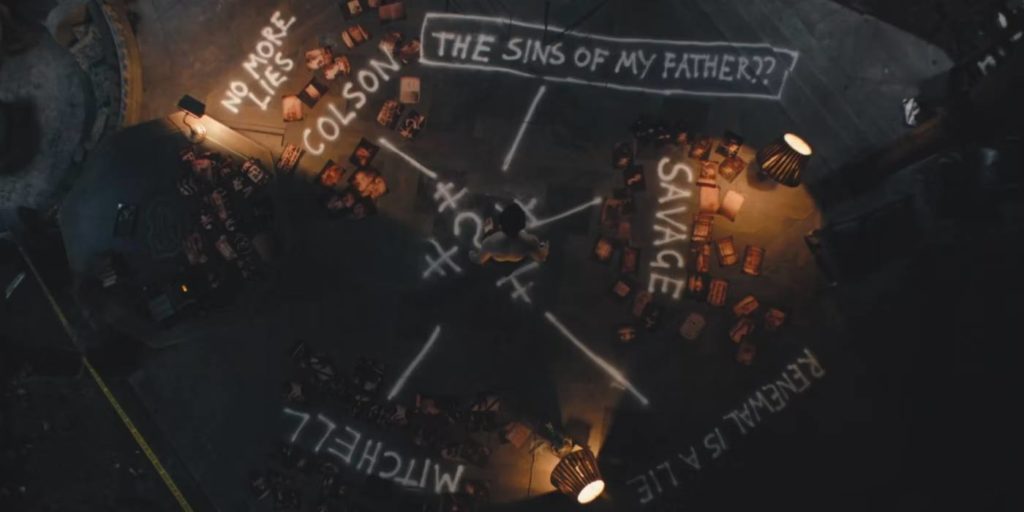 The Riddle: I grew up from a seed, as tough as a weed. But in a mansion, in a slum, I’ll never know where I come from. Do you know what I am?

The Answer: An orphan.

An orphan is a person whose parents have passed away. The phrase is typically used to describe someone who lost their parents while they were young, leaving them to grow up not knowing where they “came from.” The Gotham Orphanage is housed in the former Wayne “mansion,” thus Batman concludes that the phrase “in a mansion, in a slum” relates to that rather than the rest of the puzzle. The structure was destroyed by fire, although it had already fallen into ruin because it had lost funding as a result of the killing of Bruce Wayne’s parents, thereby turning it into a “slum.” 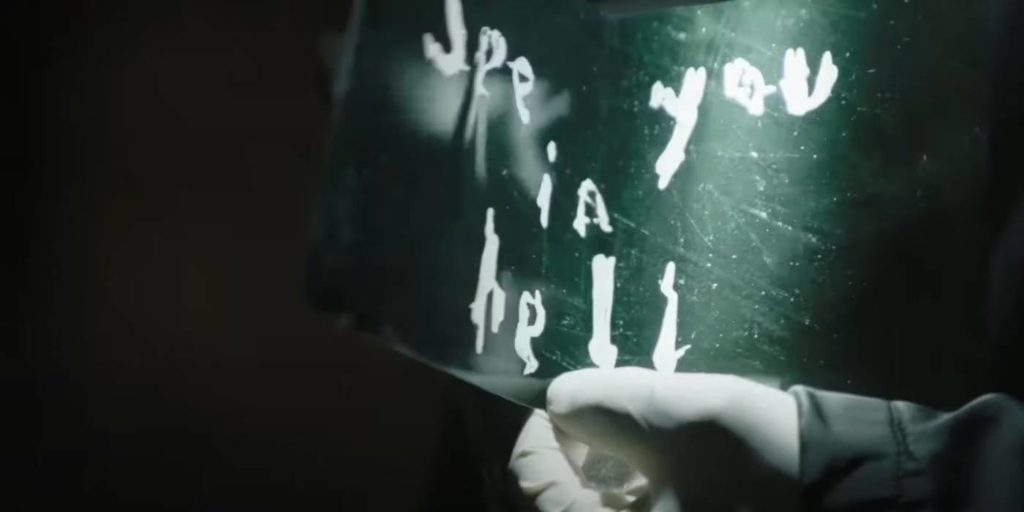 The Riddle: See you in hell.

Arkham Asylum is the solution.

Given that it originates from the scene of the bombing on Wayne Tower that sent Alfred to the hospital, it makes reasonable that this puzzle reads more like a threat than a solution. When Batman encounters the Riddler at Arkham Asylum, the villain simply explains how to solve this puzzle to him; Batman doesn’t actually figure it out. At first, the Riddler thought Batman would support him in his fight against Gotham’s corrupt officials; he even thought Batman would be confined to an asylum. Not exactly a riddle or a threat, “See you in hell” was more of an offer, with “hell” referring to Arkham Asylum.

Riddle #9: What’s Black And Blue And Dead All Over? 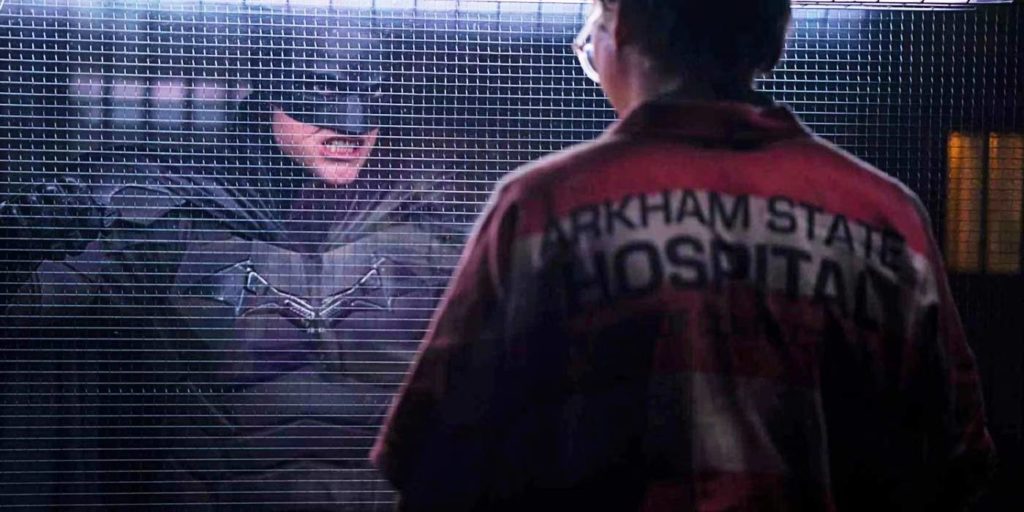 The Riddle: What’s black and blue and dead all over?

Batman is the “You!” in this situation, but it isn’t immediately obvious how he is the solution until the Riddler’s grand scheme to drown the city is exposed. Due to the outfit he wears, Batman is already “black,” and after Gotham is flooded, the water will turn him “blue,” and eventually the army of copycat murders led by the Riddler will turn him “dead.” Fortunately, the Riddler’s scheme does not result in Batman’s death, but he still manages to cause significant damage around Gotham. 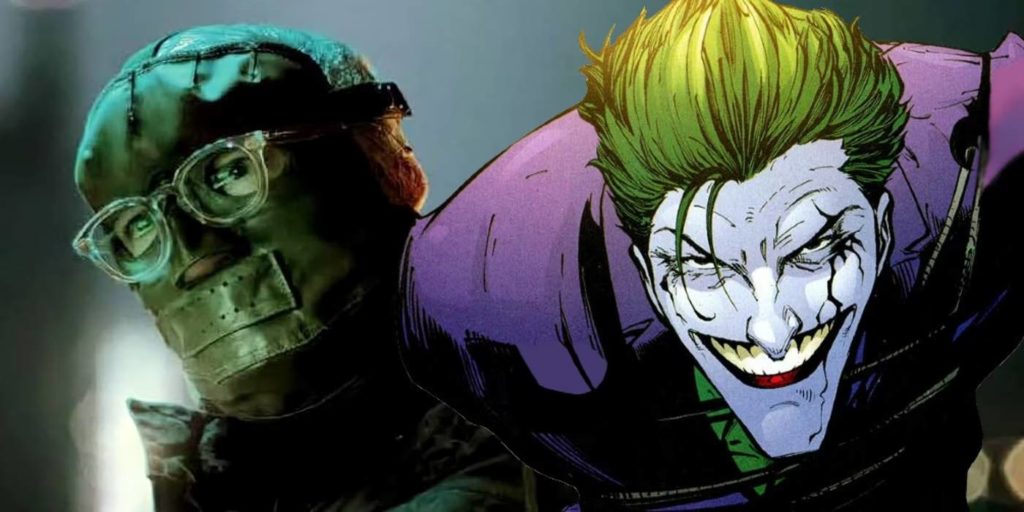 The Riddle: Riddle me this: The less of them you have, the more one is worth?

The Answer: A friend.

Each friend might become more significant when one’s social circle shrinks. The Riddler doesn’t have any pals in Arkham, but when another prisoner poses this riddle to him, he finds a new, very important acquaintance. The Joker, who makes a brief cameo appearance at the very end of the movie as a fun Easter egg and possible setup for a The Batman sequel, is that prisoner. 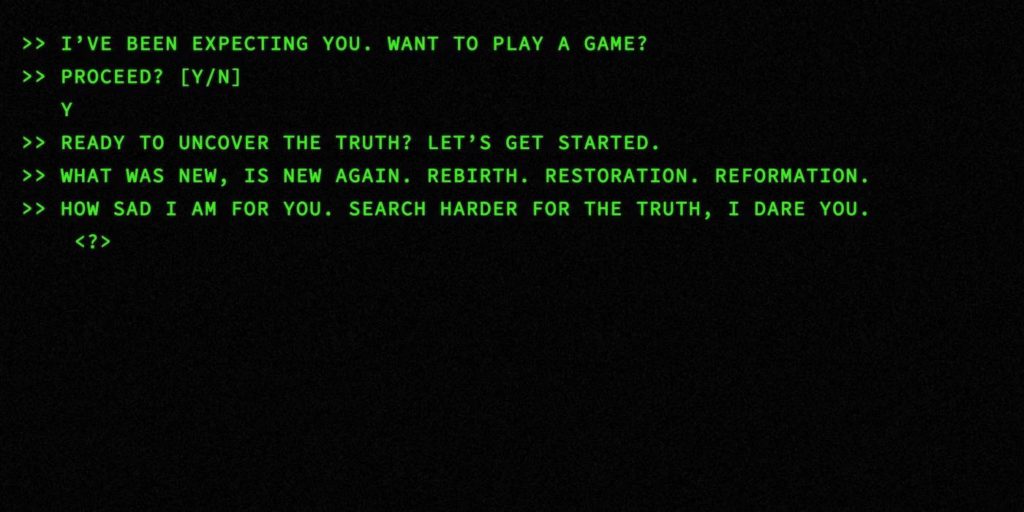 Fans can visit www.rataalada.com and resolve some of the Riddler’s riddles on their own as part of The Batman’s marketing campaign. A last message from the Riddler, which suggests that although he may be imprisoned in Arkham, fans haven’t seen the last of him, can be unlocked by properly answering all of the questions. The puzzles presented on www.rataalada.com are as follows:

The Riddle: I am first a fraud or a trick. Or perhaps a blend of the two. That’s up to your misinterpretation.
The Answer: Confusion.

The Riddle: What was new, is new again. Rebirth. Restoration. Reformation.
The Answer: Renewal.

The Riddle: Fear he who hides behind one.
The Answer: Mask.

Vigilante DC: Character Analysis And His Connection To Batman!