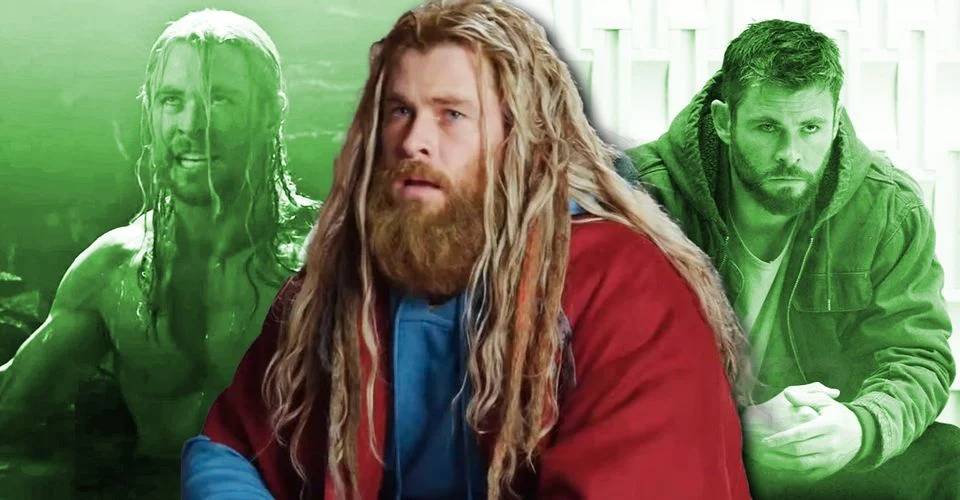 Avengers: Endgame was the pinnacle of the Marvel Cinematic Universe thus far, bringing together all of the universe’s heroes to stop Thanos and his armies, but it also saw the original Avengers undergo major transformations, one of the most surprising of which was Thor’s transformation into Fat Thor – which, given his history in the MCU, wasn’t all that surprising. The MCU has been introducing characters from Marvel Comics to the big screen for more than a decade, and one of the first heroes to be presented was the God of Thunder himself, Thor (Chris Hemsworth).

Thor debuted in the Marvel Cinematic Universe in 2011 with Kenneth Branagh’s Thor, his first solo film. Thor had a cameo appearance in The Avengers the next year, and then went on to star in his second solo film, Thor: The Dark World. Unfortunately, Thor 2 was one of the weaker MCU films, establishing Thor as one of the most basic characters in the universe, which didn’t improve much when he appeared in Avengers: Age of Ultron – but his third solo film, Thor: Ragnarok, brought about some much-needed modifications to him. Thor was significantly developed and given a sense of comedy under Taika Waititi’s direction, making his return in Avengers: Infinity War and Avengers: Endgame thrilling, and allowing him to remain longer with Thor: Love and Thunder.

Thor underwent yet another big transformation in Avengers: Endgame, when he morphed into Fat Thor as a result of his despair. Thor was portrayed overweight and sad in New Asgard five years after the snap that wiped out half of life in the cosmos, where, despite being king, he spent his time shut up in his house, drinking beer and playing video games. Many people were surprised by Thor’s metamorphosis into Fat Thor, but looking back at his MCU history, it was predicted from the start, with several failures and an egocentric mindset that eventually lead to a massive loss of confidence and an inevitable crack within him.

Age Of Ultron’s “I Am Mighty” Line 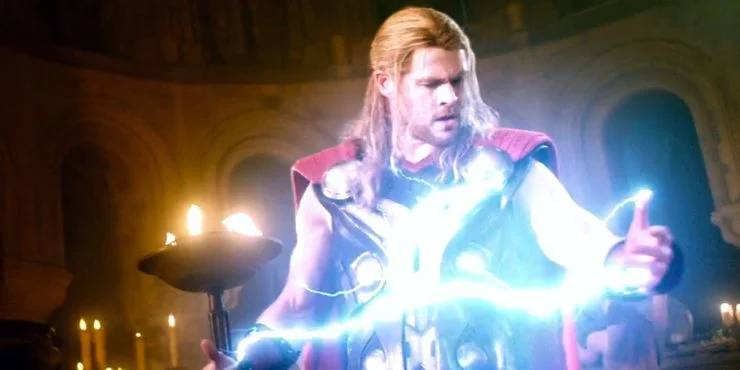 Wanda (Elizabeth Olsen) and Pietro Maximoff (Aaron Taylor-Johnson) were introduced in Avengers: Age of Ultron, and the former used her powers to toy with the Avengers on a very intimate level. Wanda wrapped their brains in illusions that represented their deepest fears and wants, and Thor, as a deity, assumed he would be immune to Wanda’s power, adding, “Take great care, I doubt humanity will be able to hold her at bay.” Fortunately, I am mighty…”, and he was immediately immersed in a depressing image. This demonstrated to Thor that he isn’t the all-powerful deity he believed he was, and that even he can be fooled by mind-controlling illusions. 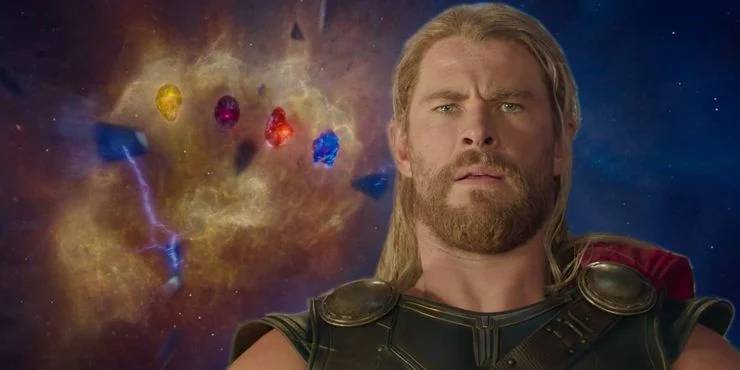 In Avengers: Age of Ultron, Thor’s vision was produced by Wanda, and it included a glimpse of the Infinity Stones, prompting him to seek help from Erik Selvig (Stellan Skarsgrd). Thor and Selvig returned to the Water of Sight to review and analyse Thor’s vision/nightmare, and Thor came to the conclusion that it was his job as the hero of the Nine Realms to research and locate the Infinity Stones, as some of them had previously been involved in catastrophic catastrophes. Unfortunately, Thor failed again, as he failed to find the Stones after two years of searching. However, his visions of Asgard’s destruction became more frequent, so his plan changed, and he instead went after Surtur, who he viewed as the source of all the destruction. Thor’s attempt to save Asgard eventually failed because the only way to defeat Hela was to release Surtur, which meant Asgard’s doom. To add to the drama, Thanos and the Black Order attacked the Statesman, the Asgardian starship, killing half of the passengers while the other half managed to escape thanks to Valkyrie, and Thor witnessed this as well as Loki’s death at Thanos’ hands. 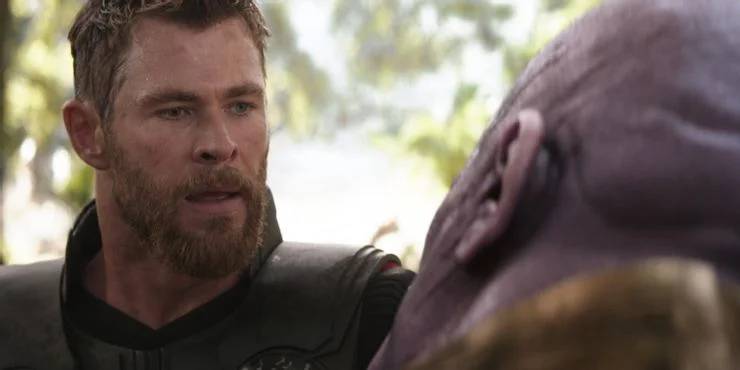 Thanos discovered the Infinity Stones and mounted them on the Infinity Gauntlet so he could “balance” the world by wiping off half of the universe’s life — and the struggle between Thor and Thanos became personal with the above-mentioned carnage at the Statesman and Loki’s death. Thor returned to Earth after creating Stormbreaker in Nidavellir with the help of Eitri (Peter Dinklage), Rocket Raccoon, and Groot, and faced Thanos in the Battle of Wakanda. Thor chose to hit Thanos in the chest to tease him, and while he briefly overcame him, Thanos was still able to snap his fingers and warn the God of Thunder that he “should have gone for the head.” Thor’s breaking point came after all of his previous failures, and while he achieved his revenge by decapitating Thanos not long after the snap, he slipped into a severe despair, which led to his transformation into Fat Thor.

Although failing to stop Thanos while so close to doing so could have been enough to send Thor into a deep depression, it was the final straw after all of his previous failures, which had taken a toll on his confidence as an Asgardian god, a hero, and a guardian of the Nine Realms. Thor’s muscular physique will return in Thor: Love and Thunder, but it remains to be seen how this new change will be addressed, as it goes much beyond Thor’s physical appearance.

Thor’s Reluctance To Take Over The Throne Of Asgard 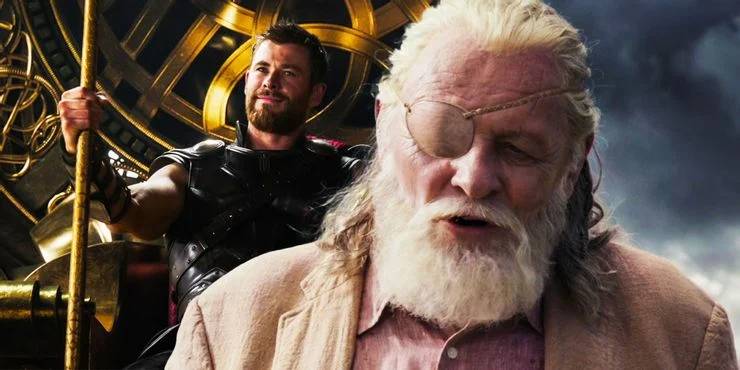 Thor went from destroying one of the Nine Realms in wrath over Odin’s refusal to let him act as king to avoiding taking his place on the throne of Asgard, demonstrating his increasing loss of confidence following the above failures. Thor abandoned his claim to the throne to return to Earth to be with Jane Foster (Natalie Portman) at the end of Thor: The Dark World, but he fulfilled his commitment to safeguard the Nine Realms (something he also failed at, but more on that later). Thor and Loki (Tom Hiddleston) had an older sister, Hela (Cate Blanchett), who was the successor to the throne, as revealed in Thor: Ragnarok. Hela discovered Thor seated in the throne room when she came, and he told her that he would love for someone else to govern, and that it couldn’t be her because she was the worst. Thor was unable to effectively rule New Asgard (albeit this is where his change into Fat Thor began), and he eventually relinquished the throne to Valkyrie (Tessa Thompson).

Thor Was Exiled For His Arrogance 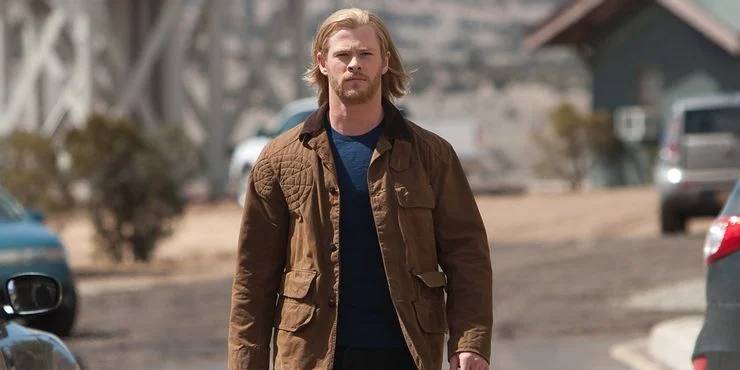 Thor was the haughty heir to the throne of Asgard when viewers first saw him in the MCU, and it was his hubris that led to his exile from Asgard to Midgard. Thor was intended to ascend the throne of Asgard as Odin’s eldest son and was ready to do so when his ego got the better of him and he attacked Jotunheim and the Frost Giants after the latter tried to steal the Casket of Ancient Winters from Asgard. Thor did so against Odin’s commands, and as a result of his coronation being wrecked and delayed, and as a result of his actions putting many lives in danger and so demonstrating that he was unworthy of becoming king, Odin banished him to Earth, and he became unworthy of wielding Mjölnir. This was Thor’s first setback in the MCU, and it signalled the start of a downward spiral of remorse and diminished confidence.