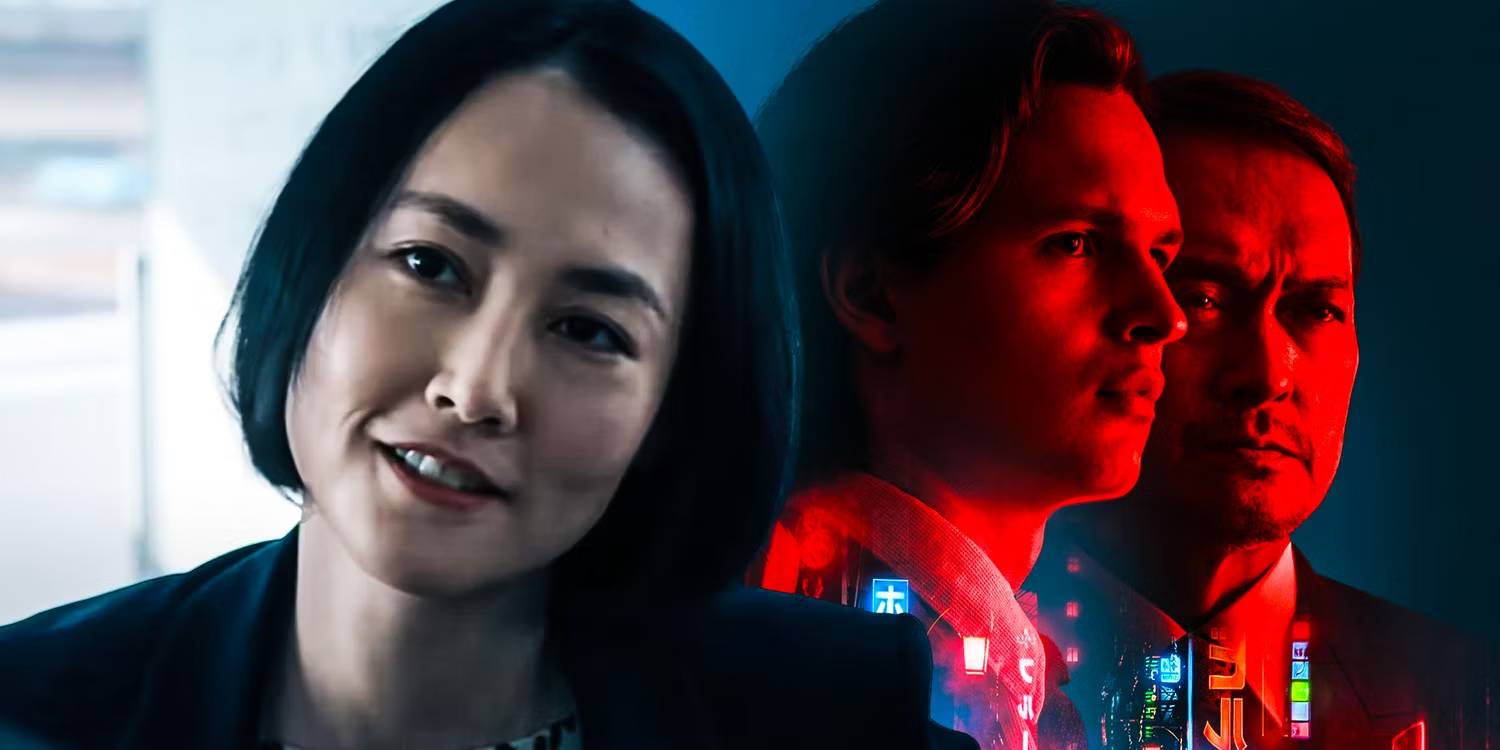 The majority of the cast for Tokyo Vice is of Japanese heritage, which adds to the authenticity of the adaption. Tokyo Vice was totally filmed on location in Japan (in and around Tokyo). In his 12-year career as a crime beat reporter for Yomiuri Shimbun, the biggest newspaper in the world, Adelstein often covered the Yakuza and eventually got death threats as a result of his reporting. During his time covering crime, Adelstein developed a professional relationship with a detective who served as a father figure to the tenacious reporter.

The HBO Max series will centre on Adelstein’s beginnings as a Yomiuri Shimbun reporter and his difficulties as a “gaijin” (foreigner) as he tries to integrate into the society and be accepted as a journalist among his colleagues. He encounters obstacles to his journey along the way that are political, social, relational, and sometimes even physical, but he never wavers in his quest for the truth. Tokyo Vice has a wide range of skilled performers that help bring the rich, lively, and interesting world of Japan to life. 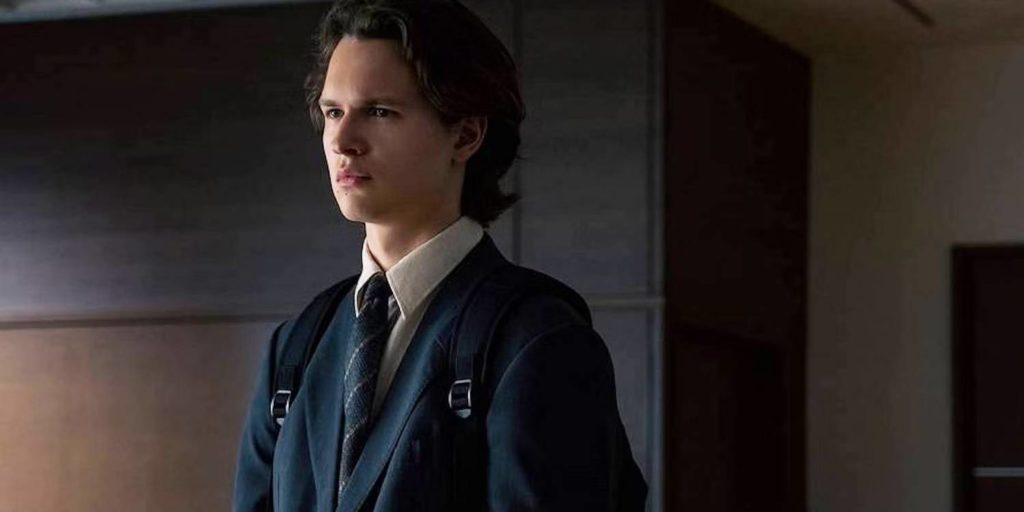 Jake Adelstein, the protagonist of Ansel Elgort’s film Tokyo Vice, is a committed journalist who wants to work for Japan’s biggest newspaper in late-1990s Tokyo. Prior to playing Caleb in the Divergent series, Elgort played the lead with Chloe Grace Moretz in the Carrie adaptation. The actor co-starred with Shailene Woodley in the romantic comedy The Fault in Our Stars, a role that helped him establish himself as a leading man and land the lead in filmmaker Edgar Wright’s Baby Driver. Most recently, Elgort played Tony in Steven Spielberg’s Oscar-winning West Side Story remake. 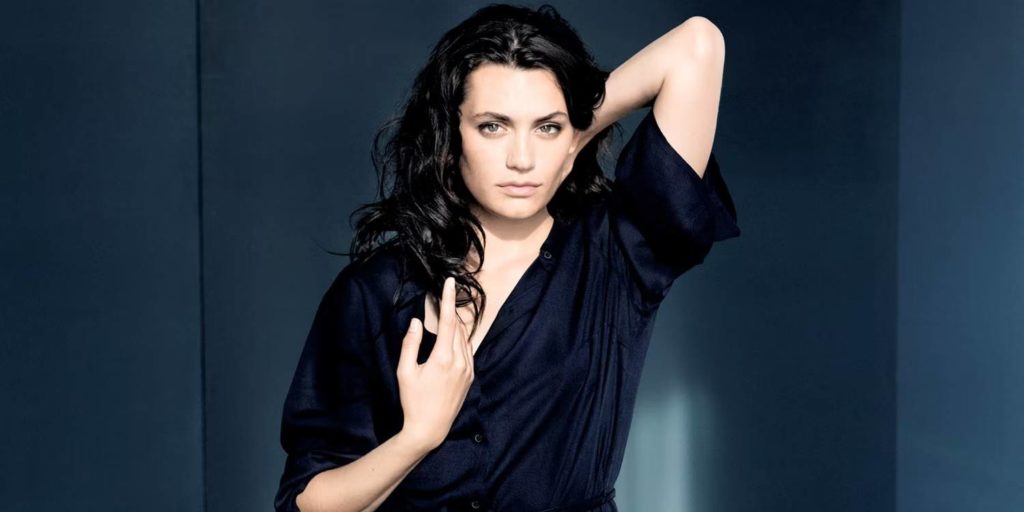 Ella Rumpf portrays Polina, a former model from Eastern Europe who now works as a hostess at the club with Samantha. Swiss actress Rumpf has acted in a number of noteworthy overseas productions, such as the 2016 horror thriller Raw, the 2017 drama Tiger Girl, and the German Netflix series Freud. The actress most recently played Contessa in the HBO original series Succession. 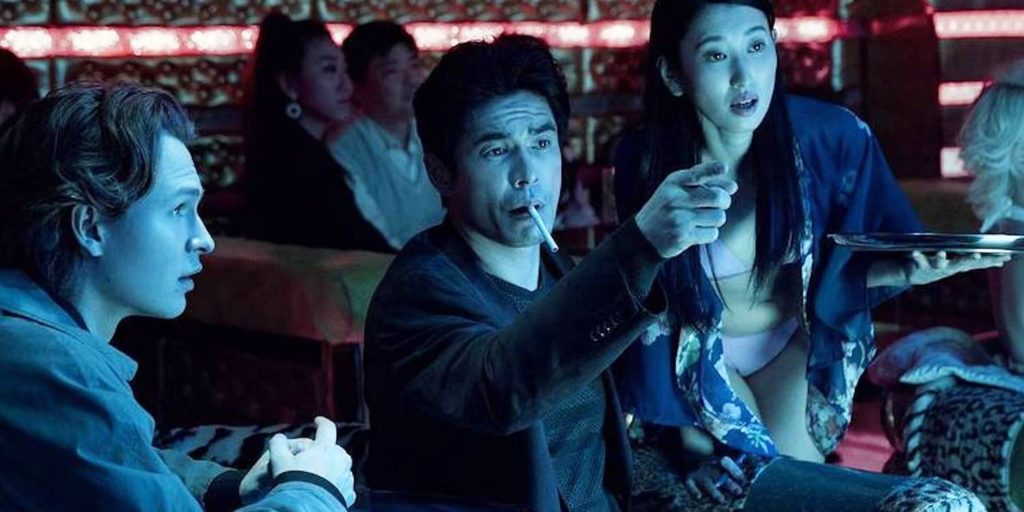 In the role of cocky vice investigator Jin Miyamoto, played by Hideaki Itô, Adelstein occasionally receives assistance. Since the late 1990s, Itô has worked as an actor in Japan, playing in a wide range of different films and television programmes. He is most known for his part in the renowned manga adaption Umizaru, which ran for more than ten years. Since then, the actor has acted in Sukiyaki Western Django (2007) directed by Takashi Miike. He recently shared the screen with Jean Reno and Ruby Rose in The Doorman. Itô’s first Hollywood TV role was in Tokyo Vice. 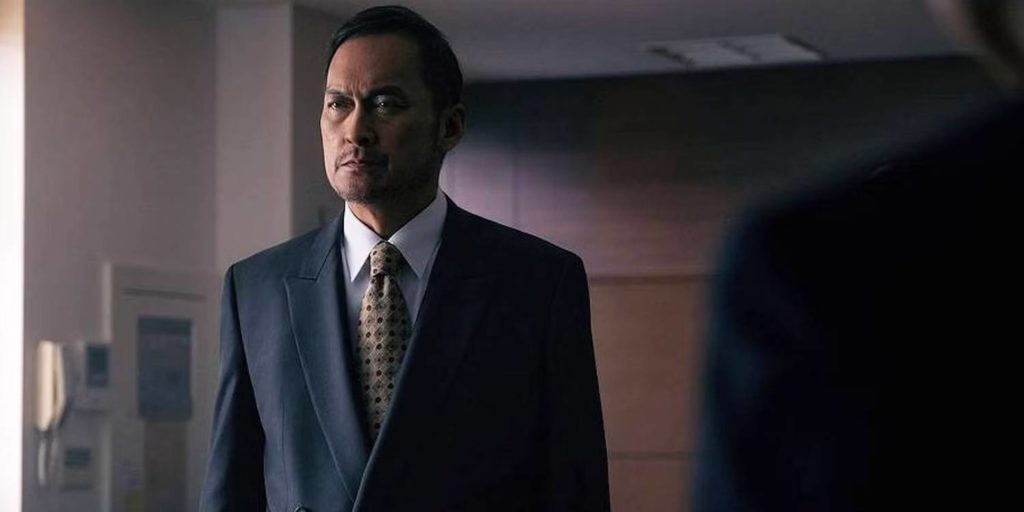 In Tokyo Vice, Ken Watanabe plays investigator Hiroto Katagiri, a tough cop who serves as Adelstein’s mentor. An accomplished performer in his native Japan for many years prior to moving to Hollywood, Watanabe twice took home the Best Actor Japan Academy Film Prize (the equivalent of the Oscars in Japan) for his roles in Memories of Tomorrow and Shizumanu Taiy. Following his work with Tom Cruise in The Last Samurai, Watanabe went on to star in a number of Hollywood productions, including Inception, Letters from Iwo Jima, Batman Begins, and as the voice of Drift in the Transformers movie. Watanabe was nominated for an Oscar in 2004. Along with Detective Pikachu, he also made appearances in the Godzilla films from 2014 and Godzilla: King of the Monsters from 2019. 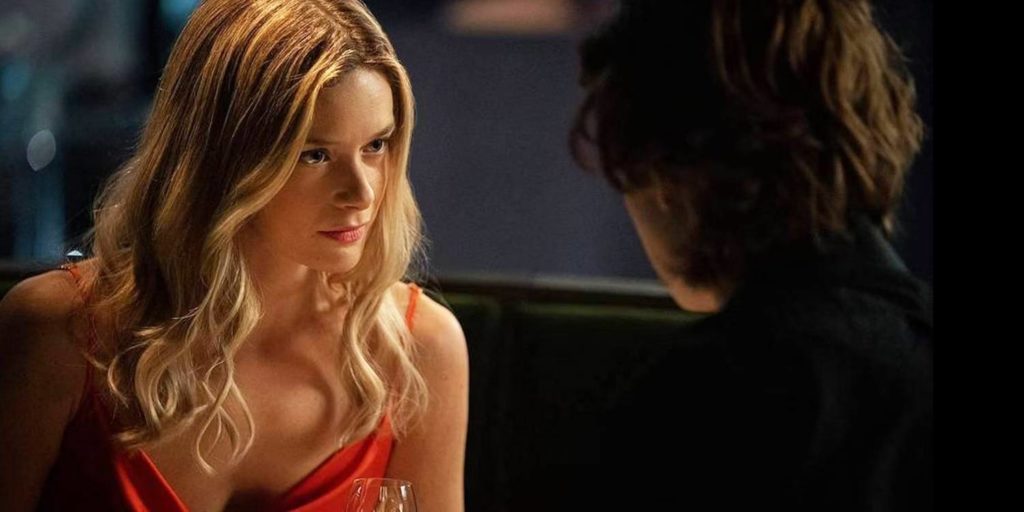 In Tokyo Vice, Rachel Keller plays Samantha, the head bartender at a posh club who meets Adelstein (replacing actress Odessa Young in the part, who dropped out due to scheduling issues). Before landing a supporting part in Fargo season 2 on FX, Keller began her acting career by making appearances in a number of TV shows, such as Supernatural and The Mentalist. As a result, Keller was cast as Sydney “Syd” Barrett, the show’s female lead, opposite Dan Stevens in Legion on FX. Her most recent performance was in the USA anthology series Dirty John as Linda Kolkena. 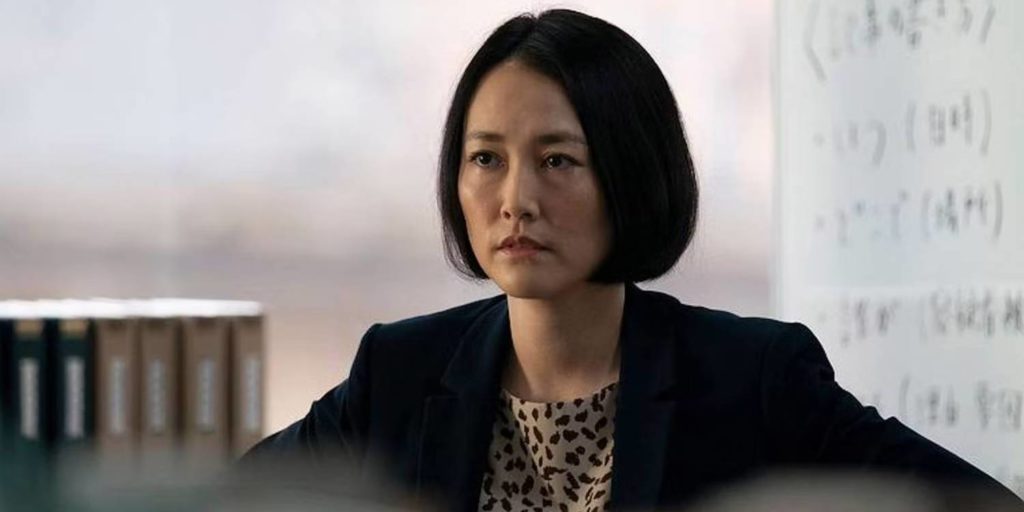 A mix of several of Adelstein’s newsroom managers from his time at Yomiuri Shimbun, Rinko Kikuchi portrays the brash Eimi. The 2006 movie Babel, starring Japanese-born actress Kikuchi, earned her a nomination for the Academy Award for Best Supporting Actress. The Brother’s Bloom, directed by Rian Johnson, in 2009; Pacific Rim, directed by Guillermo del Toro, in 2013; and Pacific Rim: Uprising, directed by Guillermo del Toro, in 2018. Both the 2014 film Kumiko: Treasure Hunter and the 2010 film Norwegian Wood got high praise for the actress’ performances. She had previously performed as Akane for HBO in Westworld season 2. 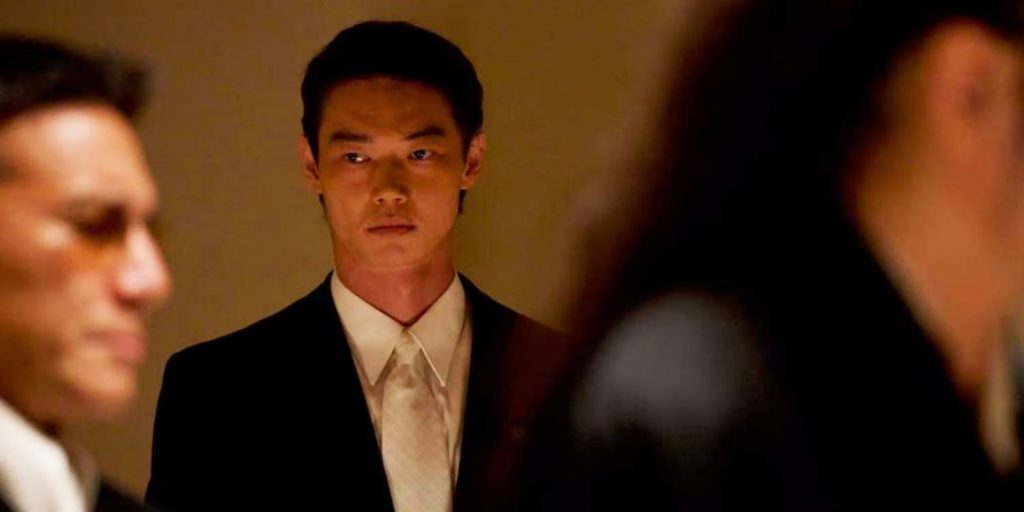 Sato, a young, ambitious member of the Chihara-Kai crime family, is portrayed by Shô Kasamatsu. In his home Japan, Kasamatsu has acted in a sizable number of movies and television shows. The feature film Ring Wandering and the television series Love You As The World Ends are among his most recent endeavours. The actor’s first Hollywood part was in Tokyo Vice. 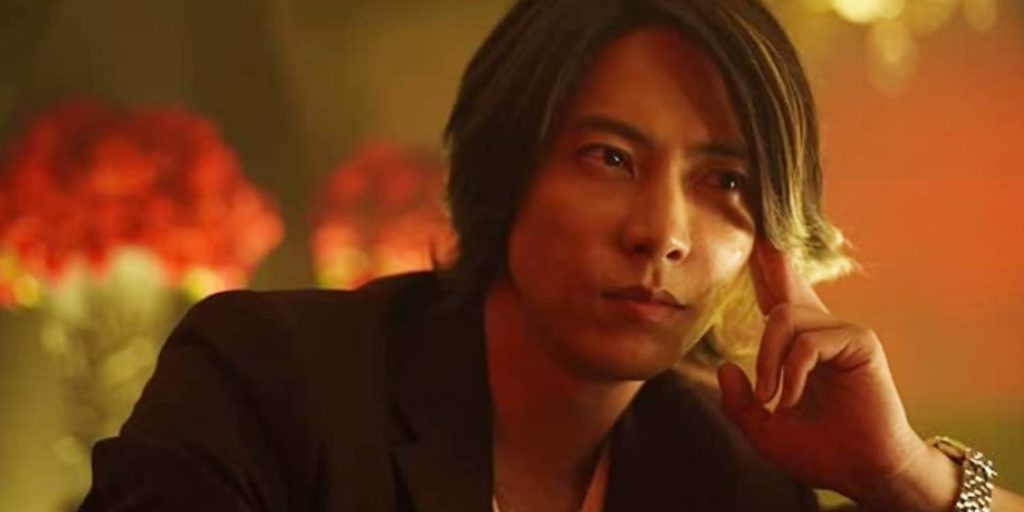 In Tokyo Vice, Tomohisa Yamashita plays Akira, a local professional host who might not be as innocent as he seems. In his native Japan, Yamashita has gained recognition as an actor, singer, and TV host. He has starred in works including Nobuta Wo Produce, Kurosagi, Proposal Daisakusen, Buzzer Beat, the Code Blue series, and the 2018 film Code Blue. Later this year, the actor will also star alongside Woody Harrelson and Kevin Hart in the action comedy The Man From Toronto.