There was a 50-foot wave, masses of water, and a huge storm that drenched entire cities. Tsunamis decimate real estate as well as countless lives, leaving nothing but death and destruction in their wake. However, the human spirit has always been forgiving and will remain so. Following the disaster in the Indian Ocean, both the Katrina victims and the Indian community recovered.

Films about natural disasters, and hence tsunamis, are always exciting, action-packed, and cause a strange adrenaline high. We have a list of movies with all of these elements and more. These tsunami-themed films range from your typical disaster flicks where characters are attempting to escape a huge wave to ones like The Impossible that depict the devastation left in their wake. Here is a list of the best tsunami movies that have ever been made. Many of these tsunami movies are available on Netflix, Hulu, or Amazon Prime.

According to the Mayan calendar, the end of the world has already occurred. A tremendous earthquake is about to occur, and the ensuing enormous flood will wipe away the human species. A poor writer named Curtis and his family are attempting to make it through everything while determining whether they deserve to exist in comparison to the world’s wealthy few. Watch how this persistent group makes a last-ditch effort to survive the catastrophes that will follow them while racing against time. 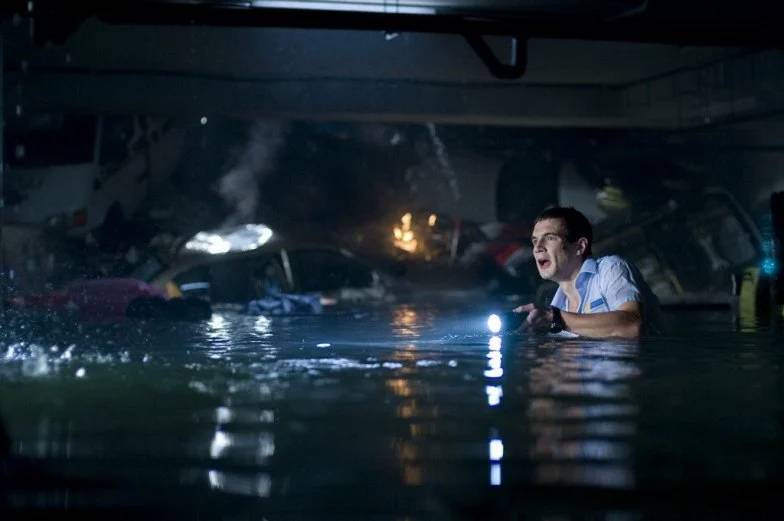 As if a tsunami wasn’t enough, this one also includes great white sharks. A group of individuals become stranded inside a store after a terrible tsunami strikes the Queensland coast of Australia and leaves them with no way to contact the outside world. They already had to worry about a flooded grocery and an impending death, as if that weren’t enough. Along with the floodwater, a great white shark entered the supermarket and is now bloodthirsty. The only question left is how these unlucky individuals would choose to pass away: by drowning, electrocution, or being eaten by a ravenous shark. 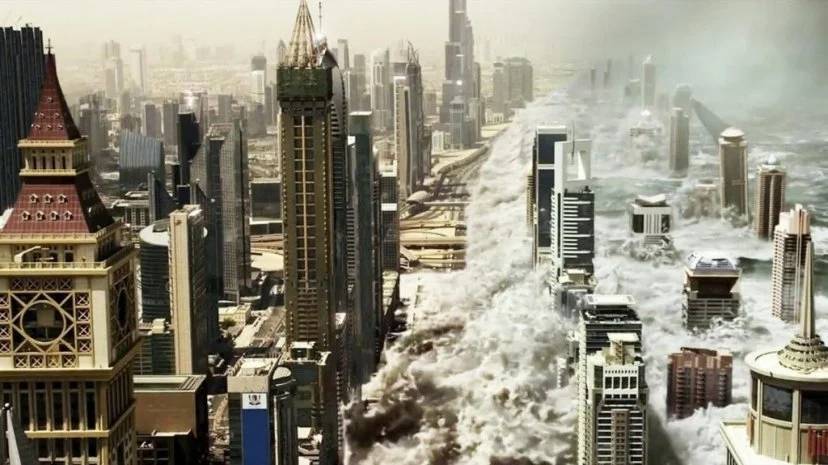 The scientists devised a wonderful strategy to counteract the devastating effects that humans are having on the ecosystem. They launched a fleet of satellites with the power to foresee and avert natural calamities into Earth’s orbit. Two brothers will need to rise to the occasion and fix the satellites before they themselves destroy the Earth, though, when the guardians turn into the destroyers. 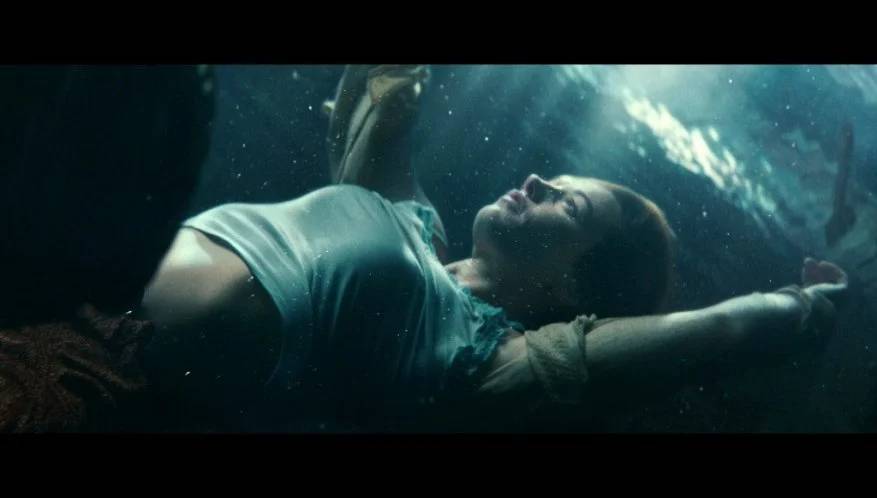 Clint Eastwood offers you a unique and unconventional perspective on mortality and how, in this crazy world, lives might accidentally collide. During the 2004 Indian Ocean tsunami, French television journalist Marie Lelay, who is on assignment in Thailand, experiences a near-death experience. She has been drowning for a considerable amount of time; when help arrives, she is already clinically dead. Geroge, a true psychic medium who has the ability to communicate with spirits after death, is attempting to shed his reputation as a medium and lead a normal life on the other side of the globe. Marcus, a 12-year-old boy, is searching for information from his deceased twin brother at yet another location. These three strangers are put on a course by fate that brings them up close to one another. What will happen when three individuals, who are all recovering from near-death experiences, come into contact with one another? 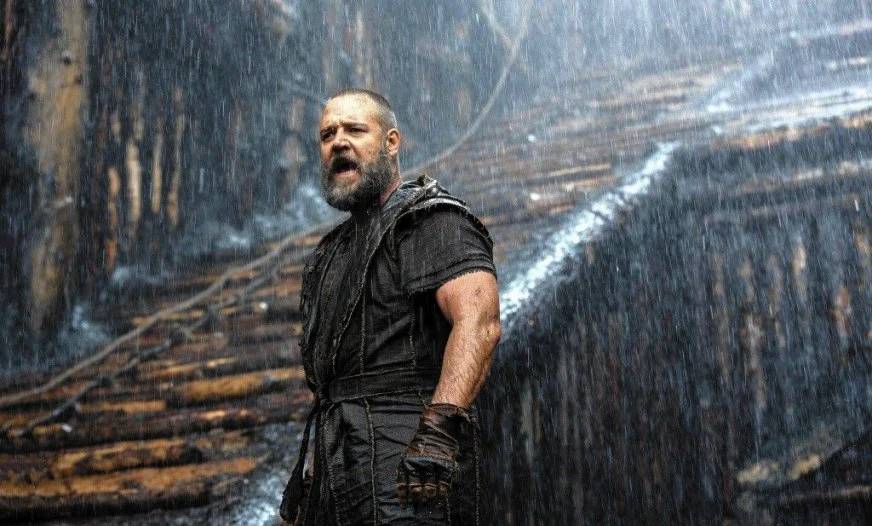 I gave this movie a lot of thinking before adding it to the list. Although it isn’t really a tsunami movie, what else will you take into consideration if the great flood isn’t included here? I am therefore winging it here. This film is among the best adaptations of the biblical account of Noah and the great flood, which swept through the entire earth and submerged countless civilizations. The premise is based on the mythical story in which God appeared to Noah in his dream and warned him that he would destroy humanity through a catastrophic flood and that he should save “two of every animal kind” to preserve the history of the earth. The work is not, however, as simple as it first appears. In order to achieve his aim, Noah must joke about with everyone—from sceptics and atheists to members of his own family who have doubts—as well as with himself. His own biases and suspicions don’t help either, which sets up an intriguing ending.

On New Year’s Eve, almost 2000 guests are having the time of their lives on board the enormous cruise ship Poseidon. In the midst of the North Atlantic Ocean, the ship capsizes, shortening their moment of happiness. A group of people have opted not to wait for the rescue, which might never arrive, since everyone is currently fighting for survival. Death is tracing their steps as they attempt to escape in order to protect themselves and their family from the ruthless blow of death’s blade. 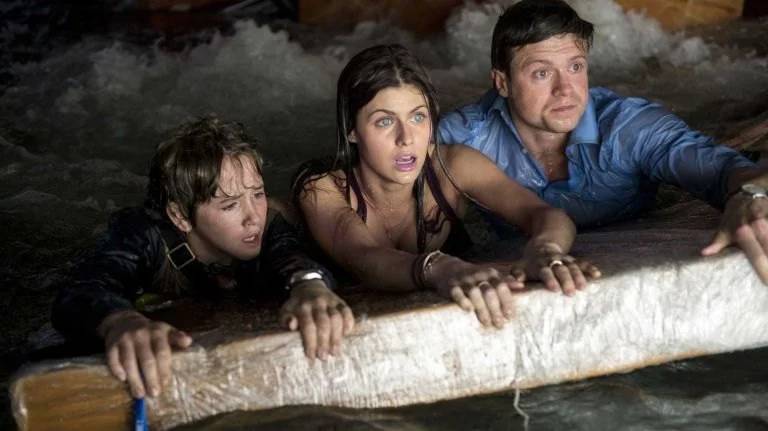 The worst natural disaster to ever strike the planet is currently taking place in San Andreas, California. Rescue pilot Ray is looking for his daughter Blake while contending with the biggest earthquake in human history and 50-foot-tall huge tidal surges. His ex-wife, Emma, who is also Blake’s mother, is working with him. Despite their differences, they have come together to do everything it takes to save their baby girl from an inevitable death. Blake and her two friends are waiting for their rescuers on the other side of the city that has been submerged. Will they last? 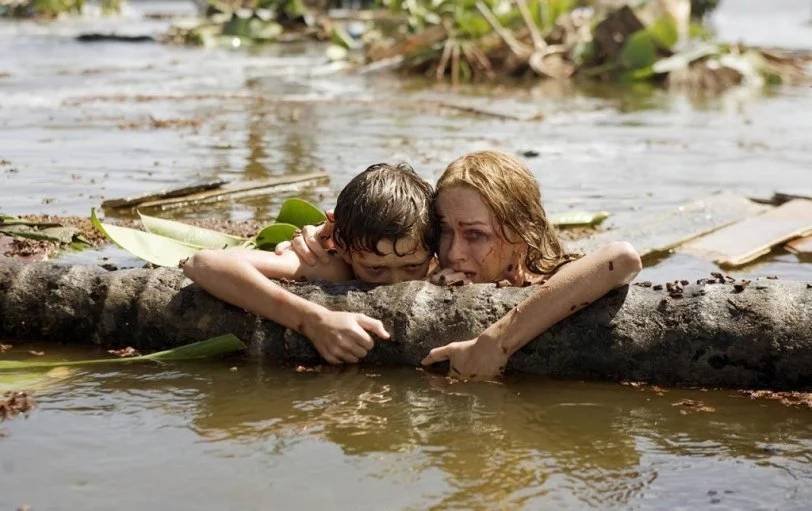 On Christmas vacation, a typical American couple and their two kids are travelling to Thailand. They find themselves in the heart of the 2004 Indian Ocean tsunami, which obliterated both people and nations. Maria and her older son are separated from one another and are looking for her husband and younger kid in the hope that they are still alive in the current chaos. They are each going through their own personal hell and attempting to accept the carnage that has occurred. Will the family ever be reunited? 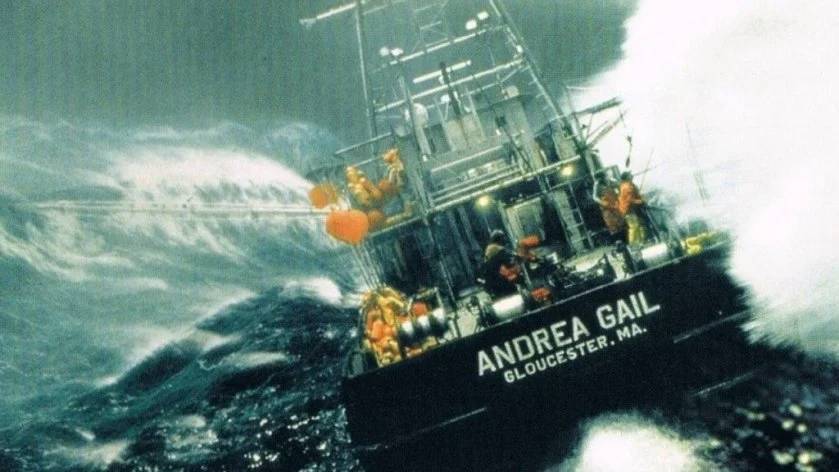 A deadly storm has developed in the North Atlantic in October 1991. Unaware, a captain of a fishing boat and his crew have ventured out into the challenging weather in search of some new catch. However quickly they come to see that their defiance of nature might be their undoing. Their loved ones wait for them at home in terror and desire while they joke with the nature that is determined to destroy them. The captain and his missing crew must endure the pounding seas before they drown or become hungry. 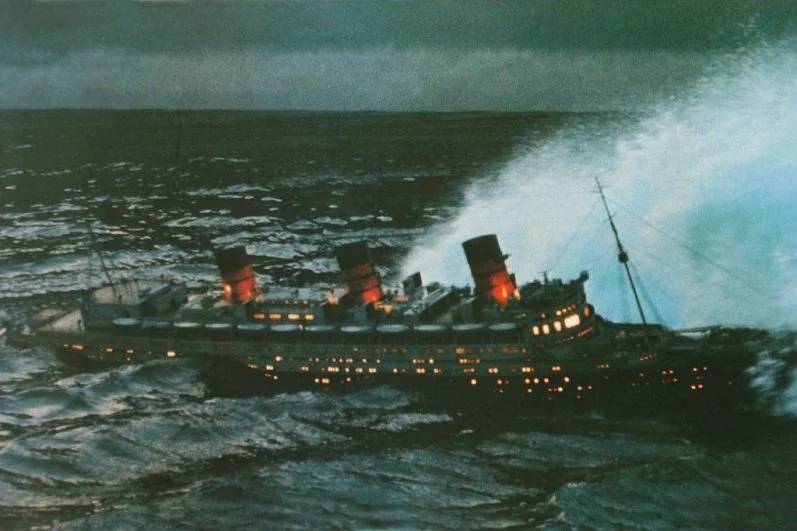 Terrorists assault the cruise ship Poseidon on New Year’s Eve, causing it to capsize in the middle of the ocean with the passengers trapped within. A group of survivors who are determined to survive are making their way through to the bottom, which is now the top, under the leadership of a priest and a homeland agent. They are unaware that they must fear more than just the water. Unknown and evil forces are standing by to put an end to them. 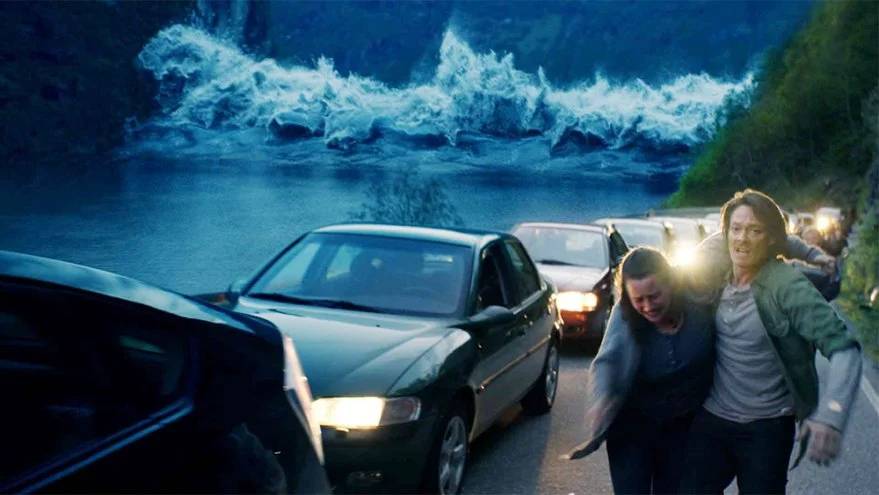 Kneset, a sizable mountain pass in Norway’s Geiranger fjord, has the potential to one day lead to a catastrophic mountain event. Geologist Kristian Eikjord and his family are relocating from Geiranger to Stavanger. On the night of his departure, he observes several odd happenings around the pass but dismisses them as routine and unimportant. However, as he is leaving the village, Kristian eventually experiences a revelation that convinces him that an avalanche would occur in the mountain pass. The avalanche strikes and an 80-foot tsunami engulfs the small, hilly town right after he warns his coworkers. Kristian and his family are attempting to move to a higher location with only 10 minutes until impact in order to survive the approaching downpour. This film depicts a struggle for survival and is based on a real-life prophesy that the Geiranger mountain pass could collapse at any time. 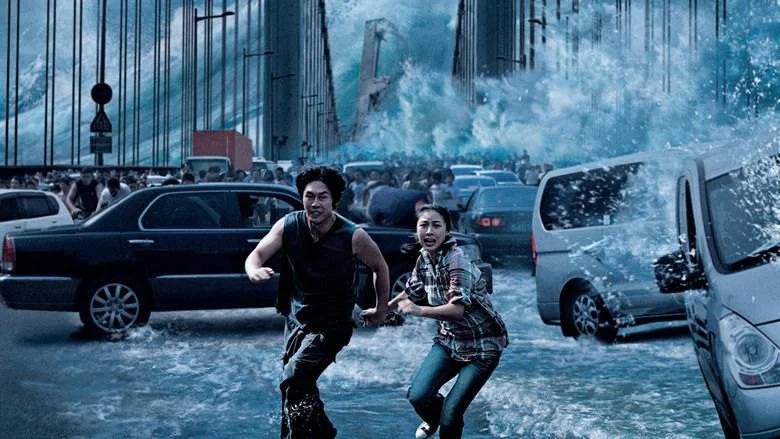 Marine geologist Professor Kim has made a stunning discovery. A massive tsunami is poised to strike the Haeundae area of Busan, which is on the southernmost part of Korea and is a well-liked tourist resort with many beaches. He makes an attempt to alert the authorities but is mocked and dismissed. Two couples of various backgrounds are trapped on a location that will soon flood due to the approaching storm in the midst of the chaos. The group must trust their instincts and do what no one has ever done before: outrun a 50-foot wave in order to preserve themselves and their loved ones. 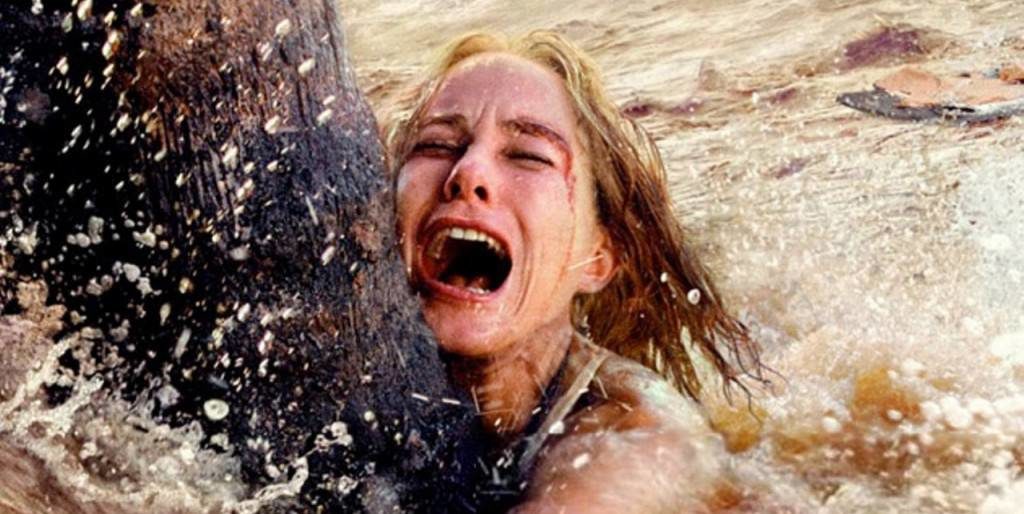 A 50-foot wave, torrents of rain, and a tremendous storm that flooded entire cities. Tsunamis leave a trail of death and ruin in their wake, destroying not only property but also lives. The human spirit, on the other hand, has always been and will continue to be resilient. Following the…