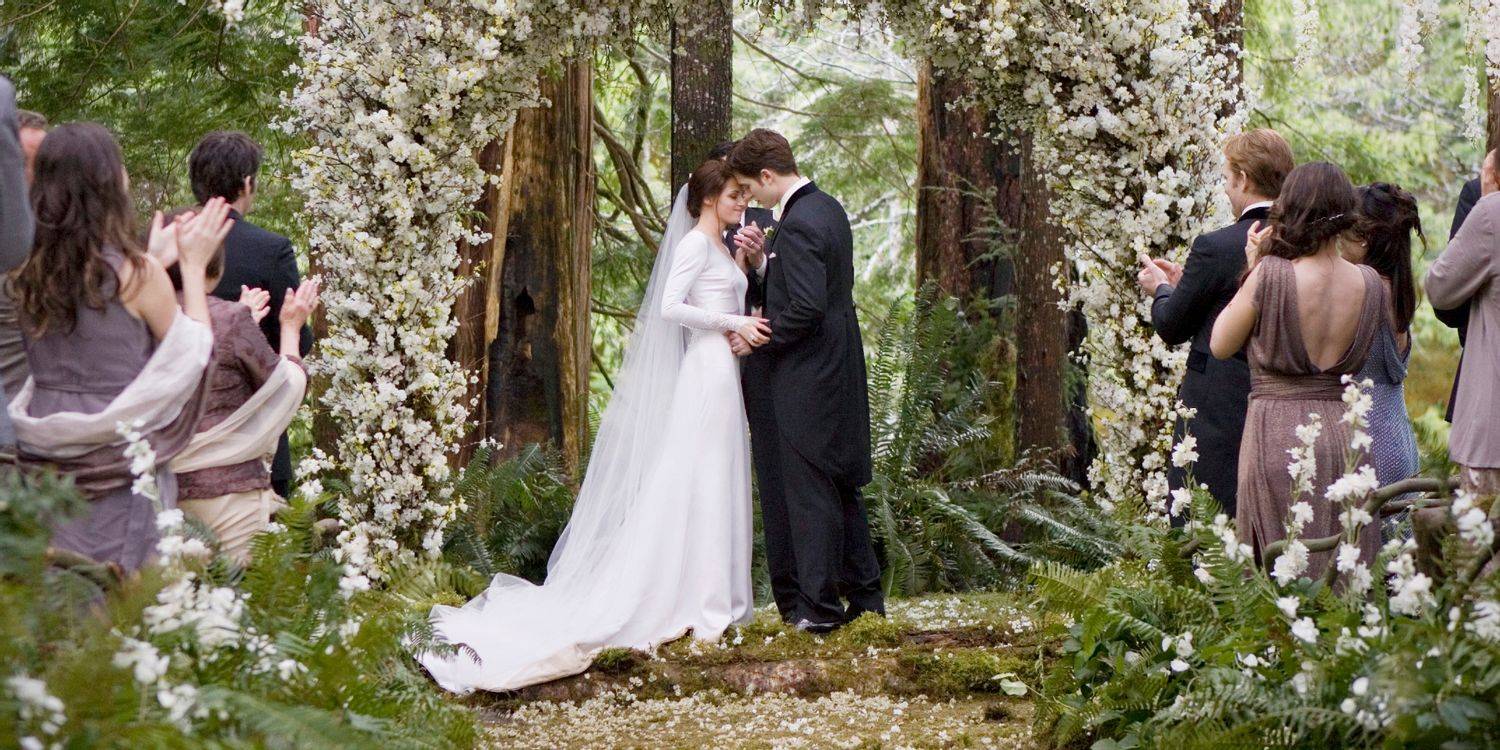 With the first film debuting in 2008 and the final episode in the Twilight Saga releasing in 2012, it’s been nearly a decade since we’ve seen a Twilight film in theaters. The YA paranormal romance franchise, based on Stephanie Meyer’s bestselling book series, was a major blockbuster, propelling Meyer and stars Kristen Stewart and Robert Pattinson to new heights of fame.

Meyer’s world of dazzling vampires was adapted to the big screen in a five-film franchise, and the author’s unique take on vampires was a notable departure from their customary depiction. However, seeing the movies in order is quite straightforward, with one slight caveat: the book series consists of just four novels, although there are five total films. Because the final novel, Breaking Dawn, is so densely packed, it had to be split into two films, a technique that would later be adopted by franchises like Harry Potter and The Hunger Games.

Whether you’re viewing the epic saga of Bella and Edward for the first time or want to rewatch it, the list below will keep you on track and help you best follow this magical love story as it unfolds. 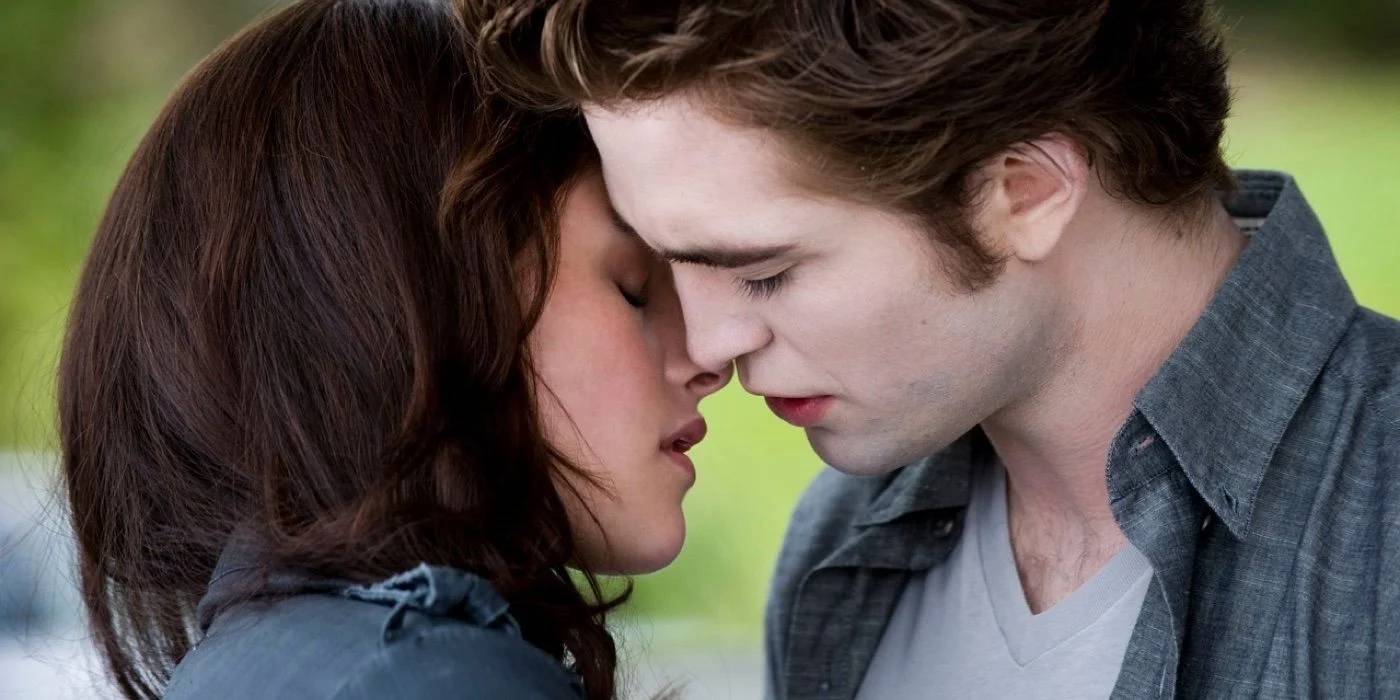 The Twilight series is pretty easy to follow as the release dates coincide with the timeline. The only difficulty may lie in keeping the titles straight, and if you’re wondering which film features your favourite moments we’ve got you covered with the following recaps. 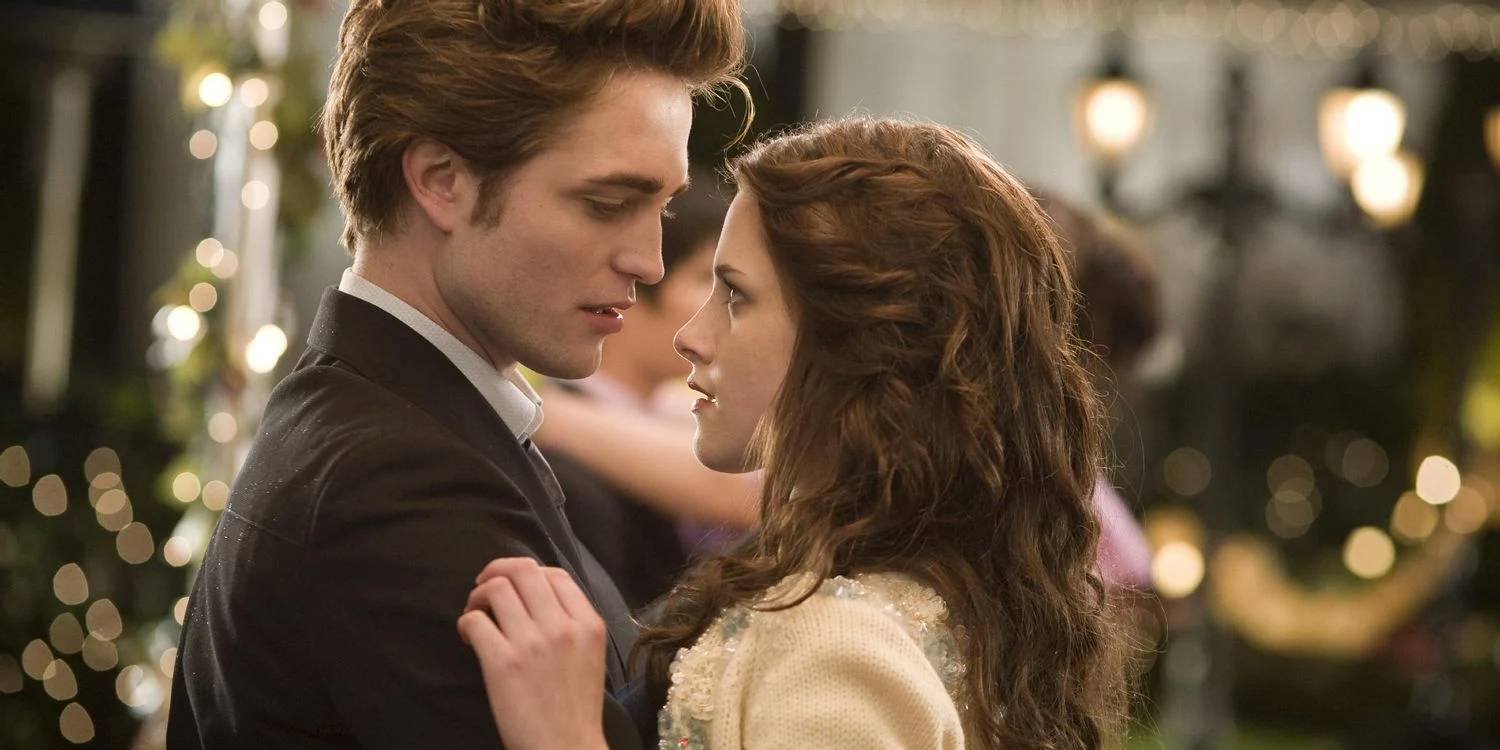 Twilight is the title of the first film. It tells the story of Bella (Stewart), a seventeen-year-old girl who moves to Forks, Washington, to live with her father and the police chief, Charlie (Billy Burke). When she starts at her new school, she is immediately drawn to Edward (Pattinson). As she attempts to figure out what he thinks of her, his hot and cold attitude attracts and irritates her. He quickly shows himself to be a vampire, not a teen like her, but well into his 100s. This causes obvious issues, not least because Edward and his fellow vampires find Bella’s blood irresistible.

Despite their problems, Bella and Edward fall in love, thrusting her into a hazardous supernatural realm and introducing her to the Cullen family. This comprises adoptive vampire siblings Alice (Ashley Greene), Jasper (Jackson Rathbone), Rosalie (Nikki Reed), and Emmet (Petter Facinelli), as well as “parental figures” Esme (Elizabeth Reaser) and Carlise (Petter Facinelli) (Kellan Lutz). It also introduces her to a more dangerous vampire family who has set their sights on Bella, and when the Cullens band together to protect her at the cost of another vampire’s life (James, played by Cam Gigandet), it sets off a chain reaction of vengeance and vampire politics that continues throughout the rest of the films. 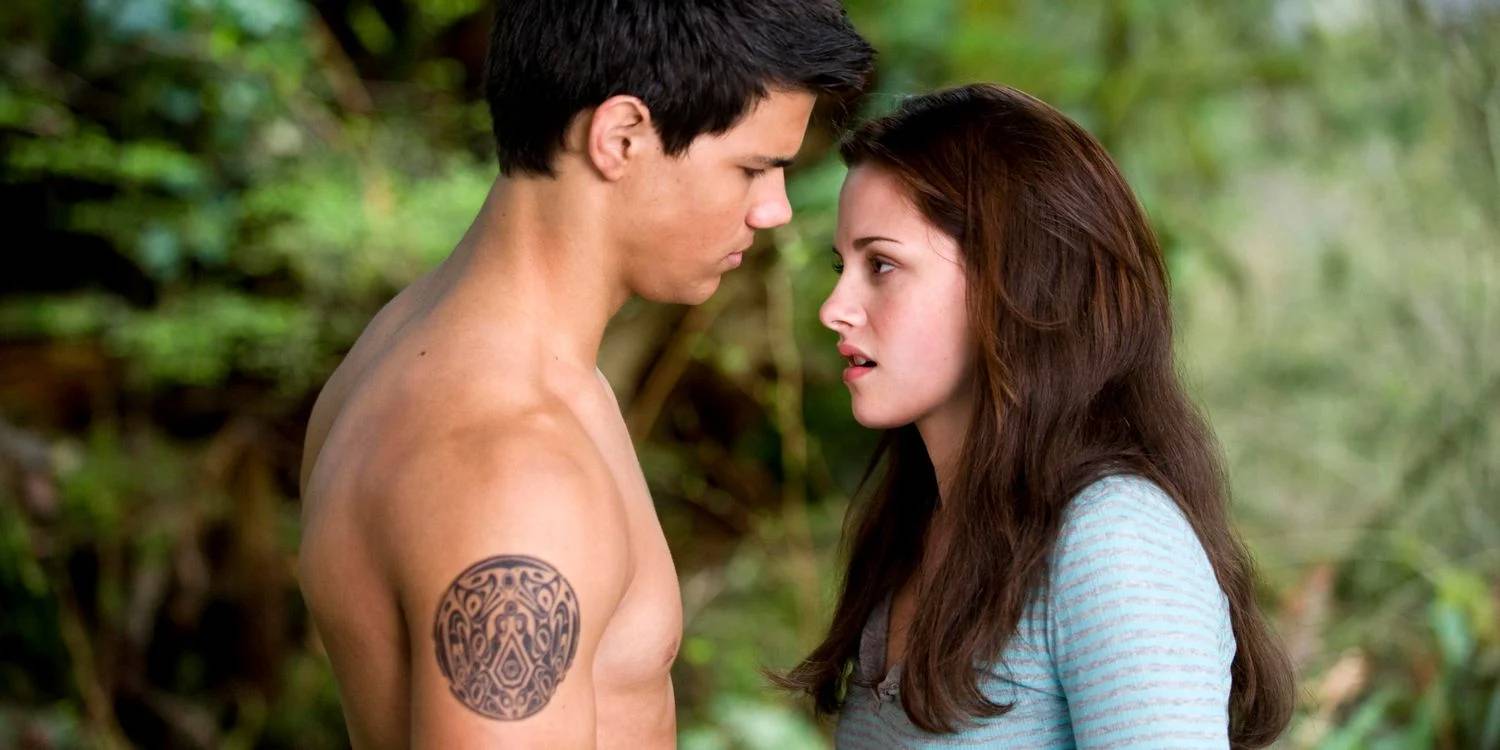 New Moon continues the story. While Twilight ended on a happy note, we return to the plot shortly after the conclusion of the first film, and things rapidly turn tragic. When Bella sustains a papercut at the Cullens’ birthday party, Jasper loses control and tries to drain her blood. Despite the Cullens’ efforts to dissuade Jasper from hurting Bella, Edward breaks things off and leaves town, separating himself and his entire family from Bella for her safety. She is distraught and is having a hard time coping with the loss, turning to hazardous, thrill-seeking behavior to fill the hole.

She meets Jacob Black (Lautner) at this point in the movie, who joins her in her newly daredevil antics and helps her get out of her sadness. She misses Edward, but as her friendship with Jacob grows, she begins to enjoy her life again. When Jacob becomes ill one day and returns a changed version of himself, things become complex. Bella discovers his secret soon after: he’s a werewolf, as are other members of his Quileute tribe. Furthermore, they are natural vampire foes, despite the tribe’s long-standing peace treaty with the Cullens.

When the Volturi are presented at the end of the novel and film, Edward and Bella are reunited. The royal family of vampires, these vampires are aristocratic, high-ranking, and powerful ancient monsters who set the rules of vampire society. Edward misunderstands Alice’s vision of Bella plunging off a cliff and believes she killed herself. He decides to take his own life by declaring his vampire status in a crowded Italian piazza in front of the Volturi, who would promptly execute him for revealing the Volturi’s secret to humanity. Bella and Alice arrive just in time to save him, but it is revealed that Bella is familiar with vampires, and the couple is given an ultimatum: either kill Bella or transform her into a vampire. 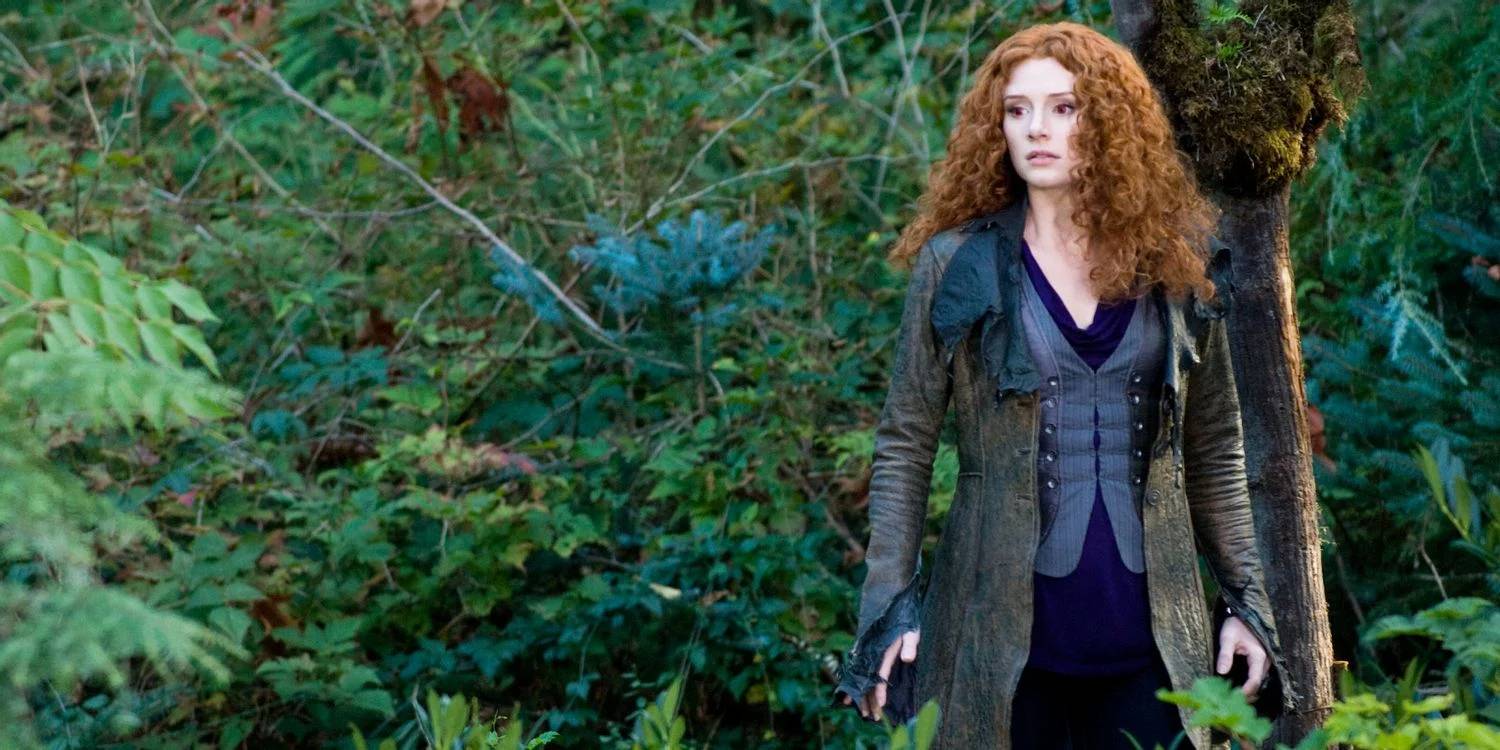 The next book of the Twilight novel, Eclipse, follows Bella and Edward as they try to keep their romance going while dealing with the royal family’s demand that she be transformed due to her knowledge of the vampire world. Edward agrees to transform Bella in exchange for her marriage. Bella has reservations about marrying at such an early age. Victoria (Bryce Dallas Howard, previously Rachelle Lefevre) returns with an army of newborn vampires, seeking vengeance on Bella and the Cullens for the death of her boyfriend, James, in the first film.

During the battle, Edward, Bella, and Jacob go into hiding, camping away from the action, as the Cullens and the Quileute tribe resolve to fight together in order to defeat Victoria’s army. When Jacob overhears Edward and Bella discussing their engagement, he flees in a violent rage, but Bella intervenes by kissing him, realizing she loves him as well. She simply prefers Edward. When Victoria is vanquished, Jacob finally agrees to keep out of Edward and Bella’s way, and they notify Charlie about their engagement before moving on to the next battle.

The first portion of the fourth novel, Breaking Dawn, is split into two movies in the fourth episode in the series.

Breaking Dawn – Part 1 begins with Bella and Edward’s wedding, a few months after the conclusion of the previous part. Jacob shows up to Bella’s wedding, which is a lovely surprise until he finds Bella and Edward are intending to marry on their honeymoon, before Bella’s metamorphosis – a move that might potentially kill her.

It doesn’t, but Bella does fall pregnant with Edward’s vampire-hybrid child, whom they name Renesmee and who grows at an alarming rate, putting Bella’s health in risk. When Jacob learns that Bella is pregnant (posing a threat to herself and, according to the Quileute, those around her), he becomes enraged once more, and the werewolves split on how to deal with the threat her child poses.

After Bella nearly dies during the birth, Edward is forced to turn her into a vampire. Jacob rushes in to kill the child, but as soon as he locks eyes with her, he “imprints” on her, which is similar to how a Quileute shape-shifter meets its soul mate. Jacob was attracted to Bella since she was the future mother of his soulmate. Renesmee is now safe… from werewolves, at least, because Quileute rule prohibits hurting anyone who has been imprinted by a member of the tribe. Not so much from the Volturi, whose dramatic finale return is hinted in the post-credits scene of Breaking Dawn: Part 1. 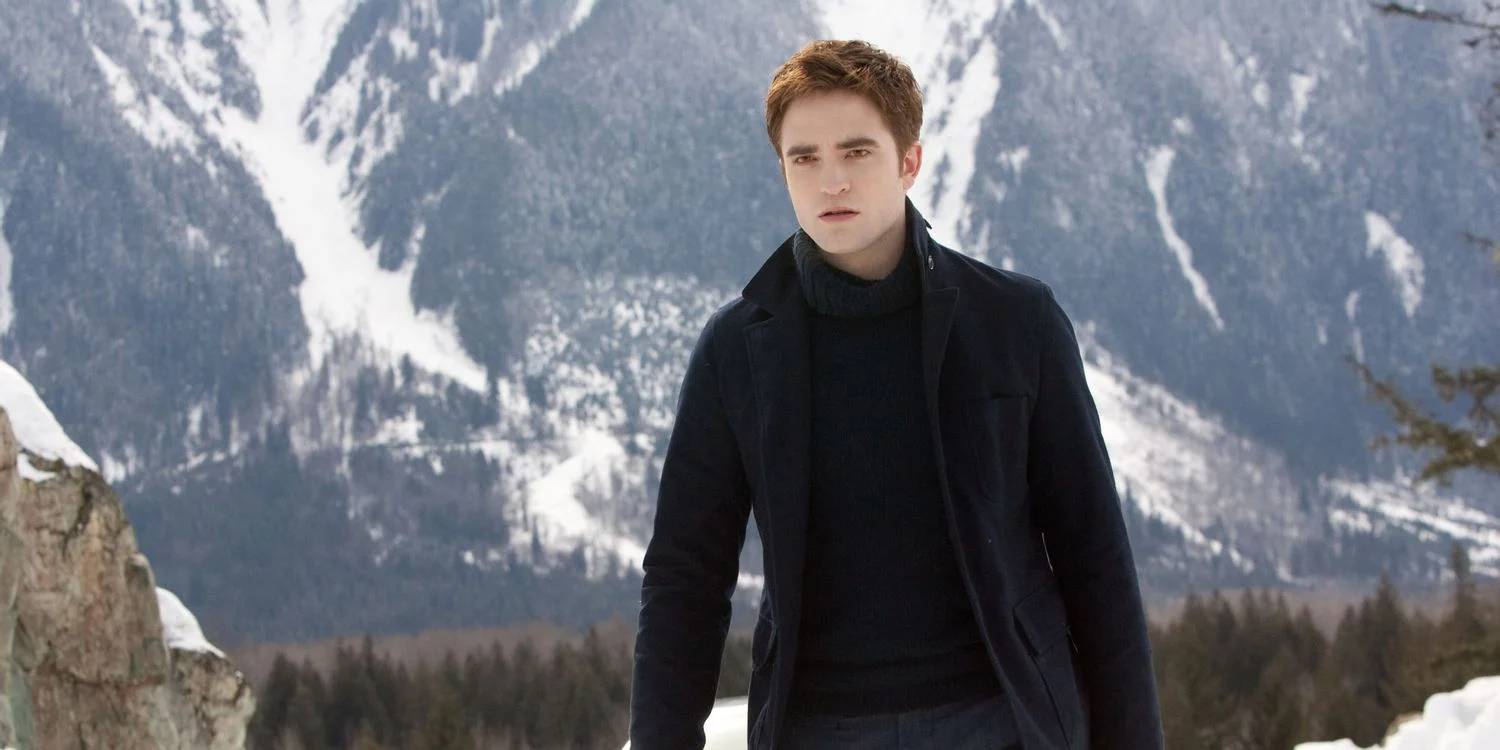 Bella awakens after giving birth as a vampire in the last film, having been changed by Edward to save her from the debilitating birth. She adjusts to the changes very well and handles change better than anyone else. When Bella finds that Jacob is destined to be her newborn daughter’s mate, she is upset, but when Charlie demands answers, Jacob reveals his wolf change, which helps Charlie accept the impossible and love Bella’s new state.

Renesme, Bella and Edward’s daughter, begins to develop rapidly and is eventually discovered by the Volturi. They believe she is a “Immortal Child,” a human child who has been turned into a vampire and has been frozen in that mental and physical state for all eternity. The Volturi have come to destroy her since immortal children are forbidden. Edward and Bella enlist the support of allies to show that their daughter is not the Volturi’s daughter, but rather a human-vampire hybrid unlike the Immortal Children. Alice eventually persuades the Volturi to leave them alone by showing them a vision of a brutal battle in which Carlisle, Jasper, and several high-ranking Vulturi coven members perish, as well as introducing their final witness, another vampire-human hybrid named Nahuel (J.D. Pardo), who demonstrates that Renesmee can grow up peacefully.

The fifth and final film concludes with a view of a beautiful future, thanks to Alice’s visions, and a last declaration of love between Bella and Edward, who promise to be together forever.