There are many examples of established actors starring in their own passion projects and the outcomes can be terrible. The most notable way B.J. Novak disproves that in his debut work as a writer-director is by tackling the material with humility. Ben Manalowitz, played by Novak, is a typical New Yorker who visits a small Texas town to attend a girl’s burial whom he hardly knew in quest of a story and discovers much more than that. Here is all the information you require regarding “Vengeance’s” conclusion. Spoilers follow.

If we consider Ben’s surroundings in the enormous city, he doesn’t really stand out. Every area of people’s lives is spoiled with options, and this has ultimately created a sense of alienation between them and the rest of the world. Ben is a product of his environment, the New York millennial culture, which has a negative opinion of the majority of things outside the city.

Even if it critiques city life, “Vengeance” doesn’t denigrate it. In any case, the movie’s main focus is on life in that little Texas town, where the narrative starts with Abilene Shaw’s passing (Lio Tipton). Ben is conversing happily with his friend John (John Mayer) at a party in New York during this time. They are both enjoying their lives of instant pleasure. Ben is essentially immersed in the hookup scene while John dates way too many women at the same time. In actuality, that is how he first connected with Abilene.

Although Ben appears to be a skilled journalist who regularly contributes to the New Yorker, he also wants to start a podcast. However, his producer buddy Eloise (Issa Rae) points out that while his ideas are spectacular, they are merely that—ideas—and need significant support.

That evening, after yet another encounter with a woman he hardly knows, Ty (Boyd Holbrook), Abilene’s distraught brother, calls Ben to inform him that Abilene has passed away from a drug overdose. Ben believes that even though he and Abilene occasionally shared a bed, they were not romantically involved. But it seems that Abilene had a different opinion and told her family about it.

Ben learns that Ty believes his sister was killed even if the official cause of death is opioid overdose. Ty then asks Ben for help in getting revenge on whoever he believes killed his sister. Yes, the girl was named after the city she was born and raised in. Although Ben doesn’t think this is the case and has no desire to exact any sort of retaliation, he gets in touch with Eloise because he thinks the story would make a good podcast. Before Ben clarifies that he wants to do the podcast on the new American reality, where people refuse to acknowledge the truth and seek out the wildest explanations, Eloise initially assumes that he is pitching about his own life and the disconnect and selfishness that are unmistakably part of it after learning that Ben is in Texas and his reasons for it. He claims that the demise of Abilene represents the demise of the American identity and the desire to assign blame.

Ben informs Ty that he will be staying with the latter’s family for the upcoming several weeks after getting Eloise’s approval. Ty is thrilled about the possibility, and the rest of the Shaw family is too, as they believe Ben to be Abilene’s lover. They embrace him with wide arms and extend all the Southern hospitality that is renowned in the region. As the movie goes on, Ben discovers that, despite their stereotypical actions, there is a sincerity that is severely lacking in his own life. But in the film’s concluding scene, that sentiment is even more difficult.

Vengeance Ending: What Happened to Abilene?

Although “Vengeance” is satirical, it is more self-reflective than observant. This isn’t a tale about a liberal big-city man who visits a conservative community and finds the people uninteresting and the setting bizarre. Though it seems that way for a while, this isn’t also a narrative about an arrogant semi-intellectual from the city learning the most important lesson of his life in a tiny hamlet. Until the truth is revealed, writer-director Novak allows his character to be the subject of the satire.

Ben is overcome by a sense of profound guilt after really listening to Abilene’s songs, which he obtains from mysterious local music producer Quentin Sellers (Ashton Kutcher). Additionally, he develops a close relationship with the Shaw family and becomes self-aware enough to see that what he is doing to them is nothing less than exploitation. In addition, he hears it from enough people that he begins to doubt that Abilene could have overdosed.

Then, though, the reality comes crashing down on him. The late grandchild of Abilene’s grandmother casually mentions using opioids. It transpires that Ty had the notion to tell Ben a lie in order to keep him in the city. Therefore, the Shaw family also engaged in some exploitation. But what Ben accomplished is still true despite that. Ben reflects on himself as he wraps up his podcast by revisiting Eloise’s original understanding of the subject of his proposal.

Ben discovers the password to Abilene’s phone as he heads back to spend his final night with the Shaw family and finds out that she, too, took advantage of him in some way. She was talking to someone the family knew, but she saved Ben’s number because she didn’t want them to find out that she was dating this guy. It worked, and “Ben” was mistaken for her boyfriend by her family. Ben Manalowitz thinks that this Ben must have been there at the party where Abilene passed away previously, and he learns that Quentin is actually this Ben.

Ben discovers Quentin is a part of the drug trade. Quentin had Abilene’s body transferred to a site that was in the middle of four different jurisdictions after she passed away in his tent. Because of this, no adequate investigation was done, and Abilene’s death was classified as another opioid overdose case.

Why Does Ben Kill Quentin?

The theme of the movie is encapsulated in the pivotal exchange between Ben and Quentin. Ben’s exploitation of the Shaw family is emphasised by Quentin, who also admits that he has taken advantage of the entire town while appearing to be a helpful member of society. Ben exposing him to the world is not a threat to him since he knows that the world would ultimately inquire about the truth. 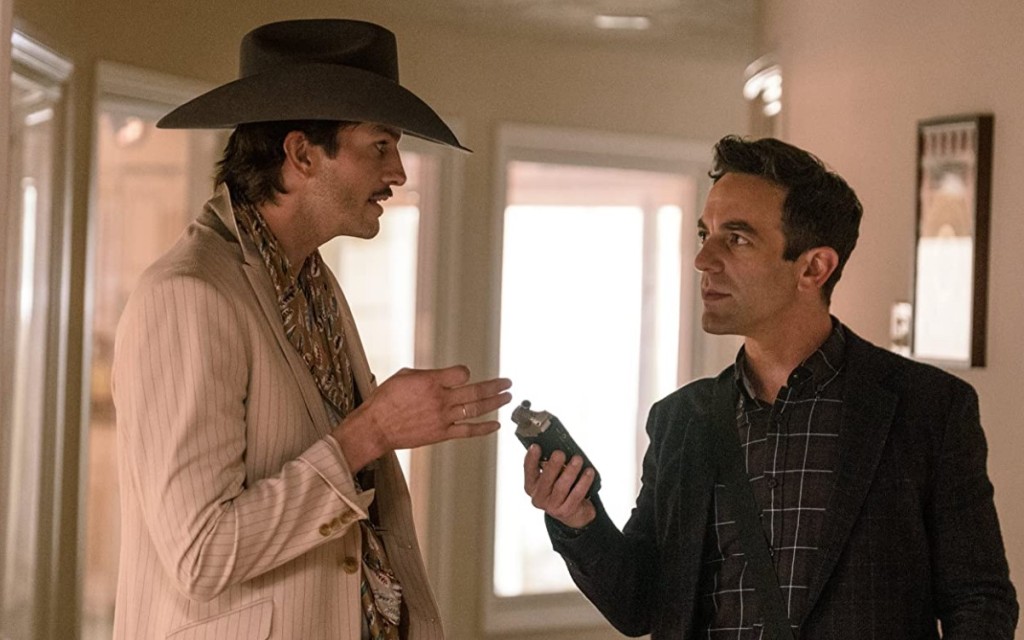 The fatal error made by Quentin in this situation is that he neglects to consider how much Ben has been influenced by his time spent with the Shaws. He never considers that Ben could grab a pistol and shoot him; instead, he believes that Ben will use social media to try to bring him to justice. And Ben acts in this manner. Then he deletes all the podcast recordings he had previously created. It is a family tragedy story that alone belongs to that particular family. It is strongly hinted, however, that he tells Ty and Ty’s mother what actually transpired, who was to blame, and what he did to that man. The local police come to the conclusion that Quentin’s death was tied to the drug trade, and he leaves for New York.

Kane Lim From Bling Empire What is He Up to These Days?