In a remarkably little period of time, Google Glass appeared and vanished. Glass would have been another ingenious device that might have easily found its way into smart home networks, even though not all of Google’s technologies and services are destined to become overnight commercial successes. Unfortunately, Google+ and many other Google services were discontinued, including Glass, which put an end to the prospect of a more immersive linked experience.

Before the public retail release of Google’s smart glasses in 2014, which followed a limited-release period in 2013, the company had been working on the technology for several years. This occurred at a time when the tech industry’s key talking points and subjects were smart devices, multitasking, and button-free commands. Given that it provided a hands-free way to view content and complete tasks, the business believed that this was the ideal time to introduce Google Glass to consumers. Google had an early sense that Glass might be a hit because users would be able to accept calls and browse websites like Facebook whenever they wanted to, without a smartphone.

However, consumers frequently shunned Google Glass for a variety of reasons. Perhaps the high $1,500 asking price put people off? Maybe it has to do with how far ahead of its time Glass was? Despite everything it had to offer, Google Glass ultimately failed. The smart tech industry is now thriving without Google Glass due to a combination of disappointing sales and user response. Since then, other businesses have filled the need in a way that Glass never was able to, yet even with a wider audience, Google is no longer primarily focused on Glass. 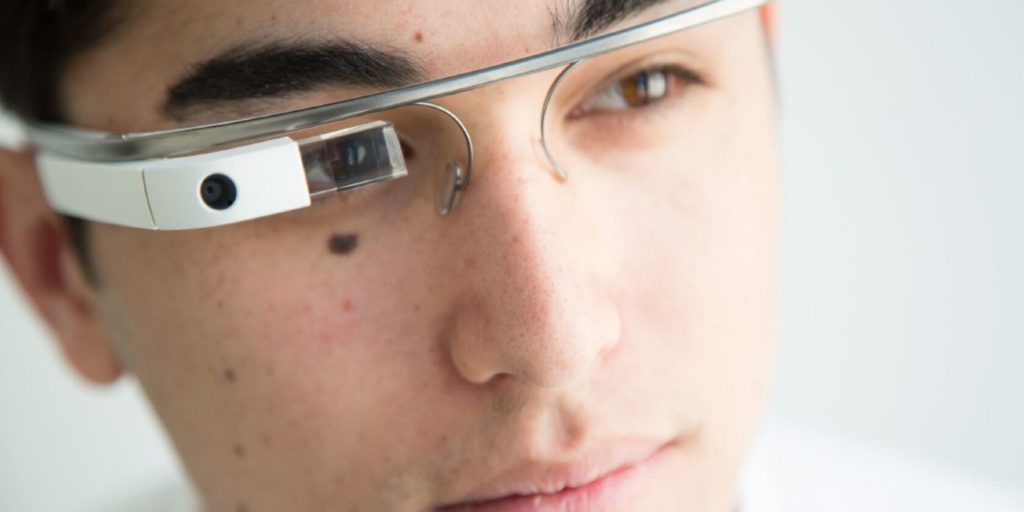 Before it was cancelled, the Explorer Edition of Glass was very briefly available on the market. From a consumer standpoint, the product was a failure for two main reasons, the first of which was the design. Glass at the time was still regarded as a prototype because of how clumsy it looked. A subsequent version did enhance the design, but not much enough to increase sales. The second factor is consumer anxiety over the product’s potential data collection capabilities or vulnerability to outside hacking. The $1,500 price tag most likely didn’t help matters either.

Google has not given up on its Glass goals, though. The business announced the second iteration of its Enterprise Edition model in May 2019. As the screen within the right lens enables employees to multitask without having to switch to a phone, another application, or another computer, these glasses are promoted as a risk-free way to boost productivity in the workplace. Additionally, these eyewear units have USB-C charging, an upgraded processor, and a better camera. As a result, Google Glass is still in use even if it can no longer be purchased as a retail item.

In order for other smart glasses to take off, the original Google Glass stumbled. Despite Google’s failure to successfully corner the consumer smart glasses market in 2014, a lot has changed in the industry since then. For people to share first-person images and videos, Snapchat is now selling its Spectacles eyewear. In September 2021, Facebook and Ray-Ban released its hands-free voice controls, speakers, and camera-equipped Stories spectacles. Additionally, there have been more ambitious smart glasses that use augmented reality technology to give heads-up displays, such as the Oppo Air Glass and Nreal Light (not unlike Google Glass). Perhaps most excitingly, Apple is anticipated to release its own AR headset or glasses in 2022. Although Google Glass is no longer a household name, if it hadn’t first sought to be distinctive, it’s doubtful that any smart glasses would be available today.

At its I/O developer conference in May 2022, Google unveiled new augmented reality spectacles while announcing the death of the original Google Glass. Google demonstrated a pair of augmented reality glasses with Google Translate preloaded in a brief movie. The communication barrier between two persons who don’t speak or understand the same language is eliminated by the real-time language translation offered by the AR glasses. The wearer can see the translations and the surrounding environment at the same time as the video of the translated text appears in a corner. “Subtitles for the world,” as Google Product Manager Max Spear describes them.

These translation glasses can also be used to facilitate communication with hearing-impaired or deaf people in addition to removing language obstacles. The video depicts a deaf study subject conversing with her daughter and donning the glasses to observe a live feed transcription. Since there is no cord connecting the prototype glasses, they are really hands-free. The goal, according to Google CEO Sundar Pichai, is to provide line-of-sight real-time translation and transcription. Although these glasses might not be as groundbreaking as Google Glass, they might offer a comparatively easy answer to a practical issue.