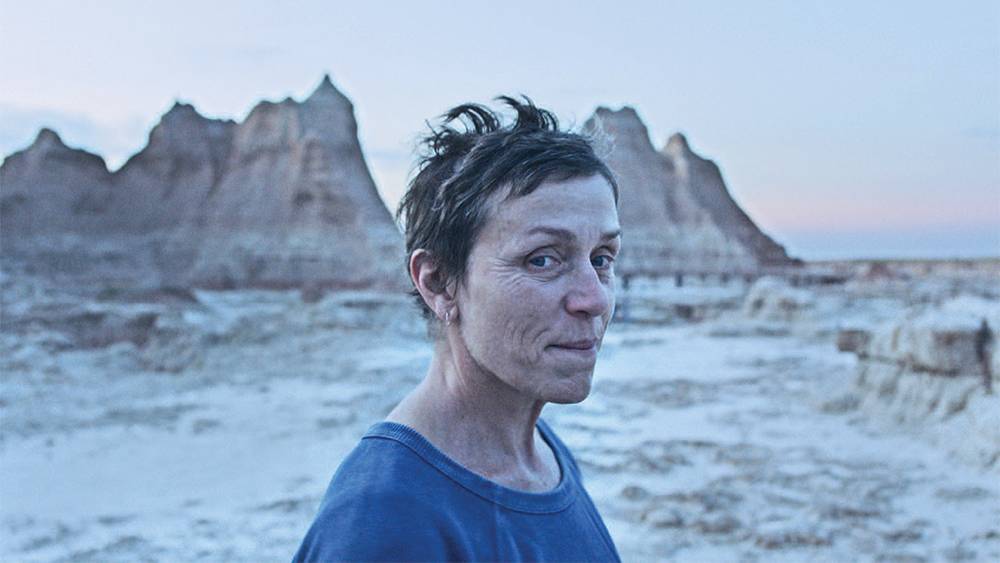 ‘Nomadland,’ a neo-Western drama film based on Jessica Bruder’s non-fiction book, follows Fern (Frances McDormand), a woman who leaves her tiny village to travel around the American West after losing everything, including her husband, in the Great Recession. She begins to live in her van as a modern-day nomad, going from place to place in search of work and meeting intriguing people. Fern discovers new facets of herself as a result of her new way of life. We were curious to know where the Chloé Zhao directed picture was shot because it alternates between enormous landscapes and small communities. Here’s what we discovered!

‘Nomadland’ was shot in a variety of locations around the United States, including Nevada, Nebraska, South Dakota, Arizona, and California. The filmmaking process was just as fascinating as the story that the film tells. The movie was made in the second half of 2018. Here are the specifics:

Fern’s adventure begins in her hometown of Empire, Nevada, which has been affected hard by the closure of a mine. In truth, until 2011, United States Gypsum Corporation was headquartered in this ghost town in Washoe County. Since the mine closed, the town’s economy has become reliant on tourism rather than mining. 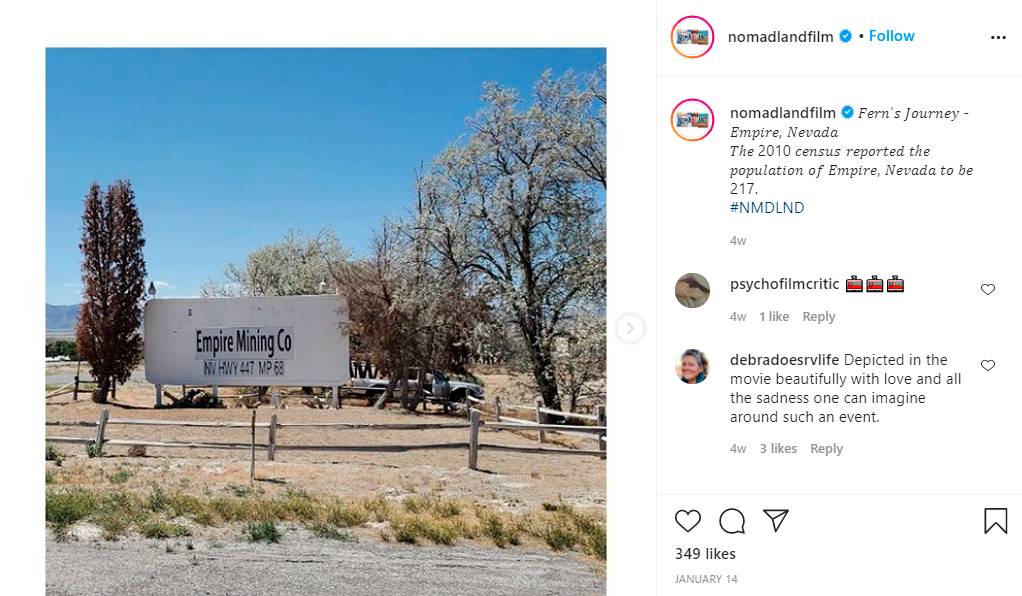 The Burning Man festival, which has been held in Empire since 1991, is well-known. The event is credited with 20 percent of the area’s business development. The Black Rock Desert’s recreational activities are another reason why visitors come to Empire. The desert is made up of three counties: Washoe, Pershing, and Humboldt. In the video, we witness multiple glimpses of this stunning landscape.
Another setting in the film is an Amazon warehouse, where Fern works as a seasonal employee. McDormand personally requested permission to film on Amazon’s property in a letter.

Fern is also followed while working on a beet harvest at Scottsbluff in Scotts Bluff county. The city is located in western Nebraska, which is recognized for producing sugar beets and has done so for over a century. Scottsbluff has a semi-arid or semi-desert climate that varies greatly throughout the year as well as on a daily basis. 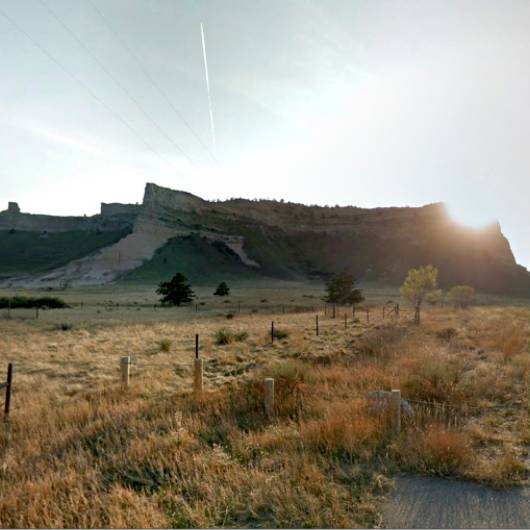 Hiram Scott, an American mountain man and fur trapper, was honored with the city’s name. During an expedition in 1828, the fur trader is said to have died at the base of a bluff formation near the North Platte River. The Scotts Bluff National Monument, which also appears in the film, is named for this geographical site.

Several scenes were shot in South Dakota, including Badlands National Park and the Pine Ridge Indian Reservation. Fern finds work at the adjacent Wall Drug Store in a campsite in the Badlands Region. Hiking and fossil hunting are popular pastimes in the Badlands. Visitors frequently enjoy taking a drive through the area and looking for wildlife. The multicolored canyons, spires, and buttes serve as the backdrop for ‘Nomadland.’ The National Park has been used to film films such as ‘Dances with Wolves,’ ‘Armageddon,’ and ‘Thunderheart.’ 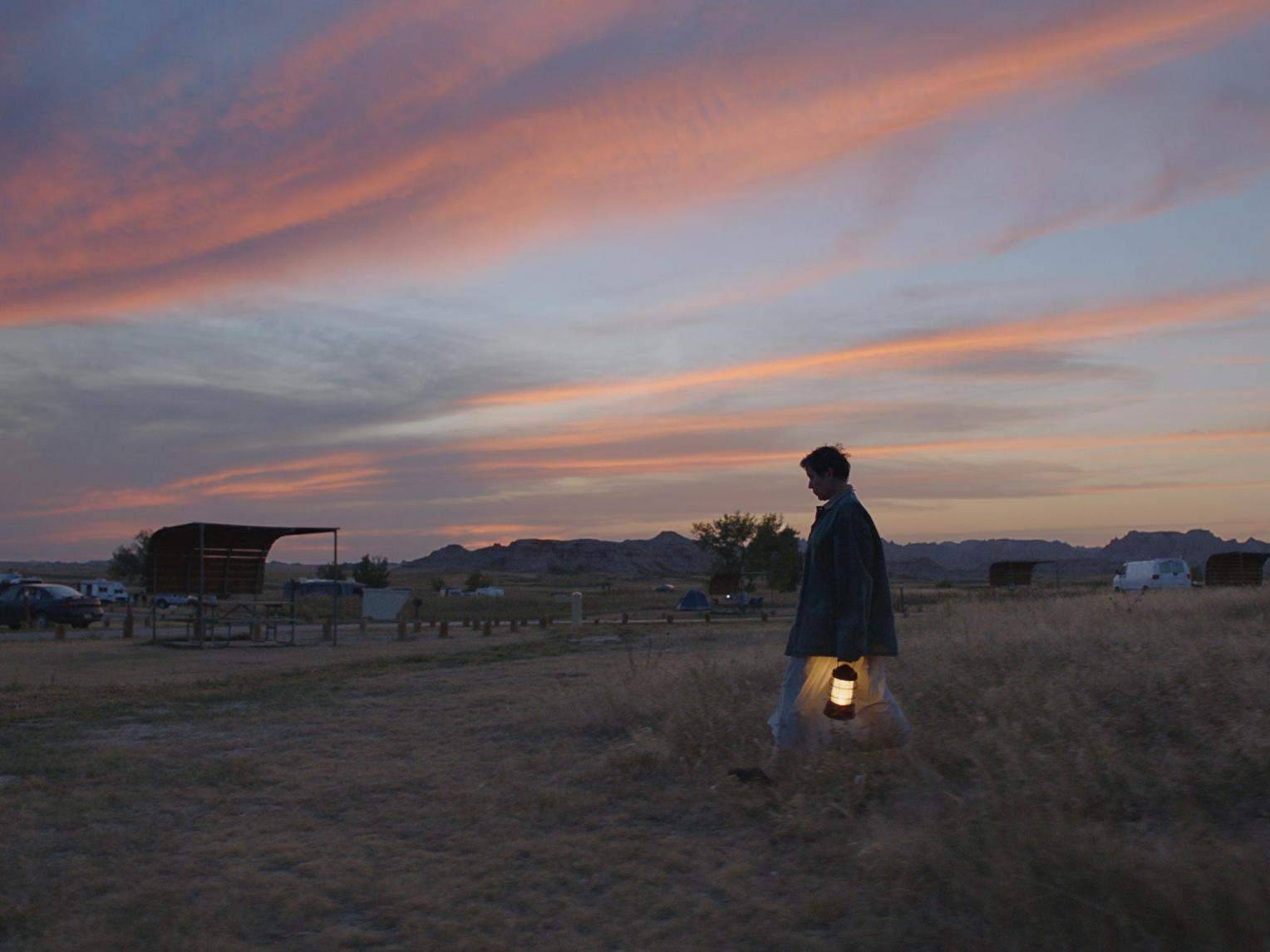 The Wall Drug Store, on the other hand, is still a famous tourist destination today. What began as a basic rest stop where drivers could get free ice water has grown into a popular roadside pitstop that attracts over two million visitors each year. The gigantic 80-foot brontosaurus sculpture is particularly famous. Director Chloé Zhao is no stranger to South Dakota, as her first two feature films, ‘Songs My Brother Taught Me’ and ‘The Rider,’ are both set here. While writing on ‘The Rider,’ Zhao also lived on the Pine Ridge Reservation for a few months.

Fern attends the Rubber Tramp Rendezvous, an annual event held near Quartzsite. Quartzsite is regarded as the “Desert Phenomenon” and is well-known for its annual gem exhibition and exchange meet, which takes place in January and February. It’s also one of the most popular places in the world for RV boondocking. The Quartzsite Yacht Club was used to film a few scenes in the film, including the dance scene between Fern and Dave. 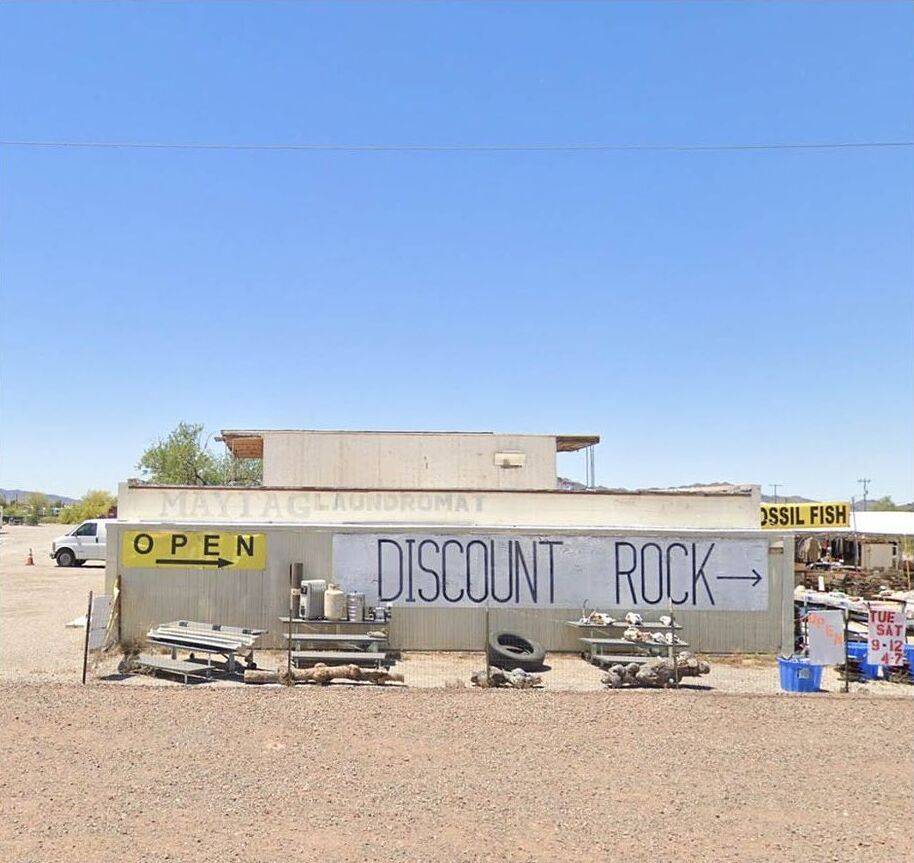 Fern joins Dave on a trip to Point Arena, a coastal town in Mendocino County, to visit his relatives. These scenes were shot in the field. Point Arena was one of a number of coastal settlements linked to counterculture movements. The local economy is based on tourism during the summer months. The Point Arena Lighthouse is the tallest lighthouse on the West Coast of the United States and one of the city’s distinctive landmarks.

Fern is pictured appreciating the age-old trees, some of which are over 1000 years old, at Hendy Woods State Park, which is also in Mendocino County. The 816-acre region is notable for its pure California redwood forests. The San Bernadino National Forest, which also has 47 ‘Yellow Post’ campsites for free camping, is where Fern can be found. ‘Gone with the Wind,’ ‘Star Trek: Enterprise,’ ‘Old Yeller,’ and ‘Daniel Boone,’ to name a few, have all been filmed here.’ 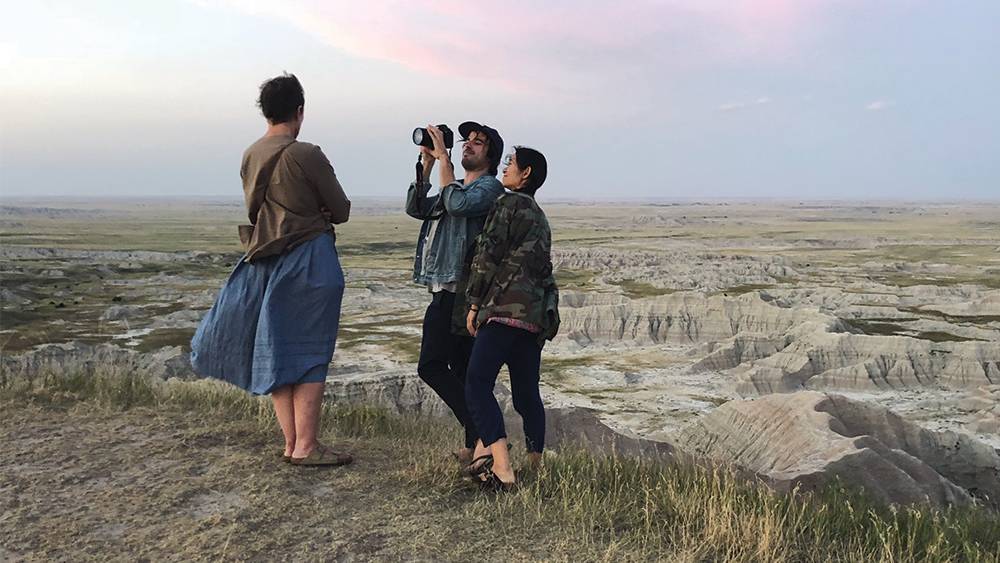 Fern is pictured appreciating the age-old trees, some of which are over 1000 years old, at Hendy Woods State Park, which is also in Mendocino County. The 816-acre region is notable for its pure California redwood forests. The San Bernadino National Forest, which also has 47 ‘Yellow Post’ campsites for free camping, is where Fern can be found. ‘Gone with the Wind,’ ‘Star Trek: Enterprise,’ ‘Old Yeller,’ and ‘Daniel Boone,’ to name a few, have all been filmed here.’

A small crew of 19 men and 17 women traveled long miles in ancient vans to film ‘Nomadland.’ In addition, the film made extensive use of natural light. Joshua James Richards, the film’s cinematographer, took a realistic approach and filmed the majority of the film during “magic hour,” which he refers to as “God’s best light.”

It may interest you to know that the film features real-life nomads who are featured in Bruder’s book. To keep the character’s authenticity, Frances McDormand lived a nomadic lifestyle for a while. She named the van used in the movie “Vanguard” after she customized it with her personal stuff. As part of the procedure, the actress worked a couple jobs and lived in a van. She eventually had to quit doing that in order for her on-screen performance to be unaffected by weariness.

20 Must Watch Lesbian Anime of All Time

25 Hottest Anime With Nudity – Only For Adult Viewing