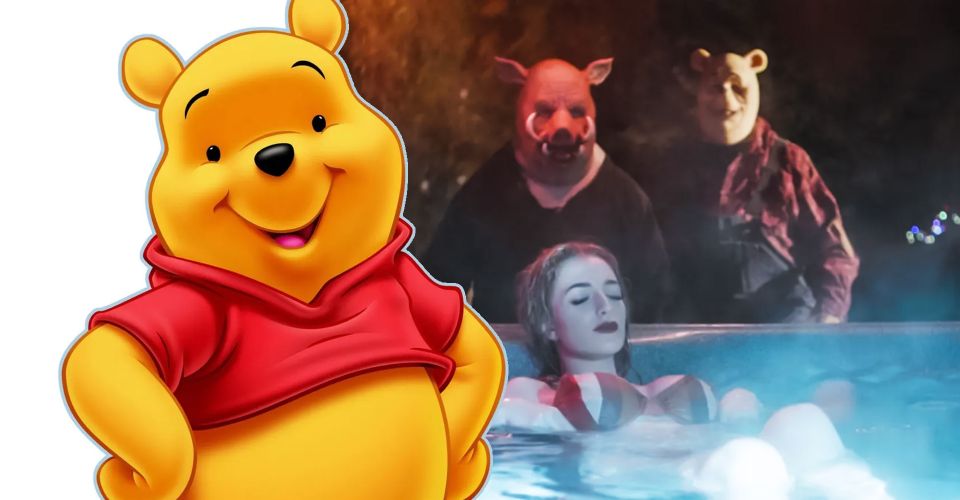 The much-loved children’s figure is given a horror twist in the upcoming film Winnie the Pooh: Blood and Honey. Winnie the Pooh: Blood and Honey, written and directed by Rhys Frake-Waterfield, reimagines a slasher thriller using A. A. Milne’s characters. Winnie the Pooh, a sweet figure created by Milne, is the most well-known (despite his ban in China). Pooh and Piglet are about to embark on a deadly spree after the original stories entered the public domain, departing from their well-known accounts of endearing escapades.

Winnie the Pooh: Blood and Honey is an independent film that gained popularity after stills from it leaked online. People’s reactions to the news were conflicted. Some were horrified by what Winnie the Pooh had become and noted how easy things could go wrong once a well-known collection of work reached the public domain. Others, on the other hand, showed real curiosity and enthusiasm in the absurd idea while praising the director’s originality and innovation.

In a recent interview, Frake-Waterfield discussed how difficult it was to strike a balance between the comic and horror parts, particularly given that the characters in his movie had already been formed. After all, Winnie the Pooh: Blood and Honey, when compared to the live-action Christopher Robin film, might easily devolve into a ridiculous, insulting version. The production commenced in early 2022, and filming was finished in a few 10 days. Winnie the Pooh: Blood and Honey is currently a little-known movie, but here are some updates on its plot, cast, and release date.

How A Winnie The Pooh Horror Movie Can Be Made (What About Disney?) 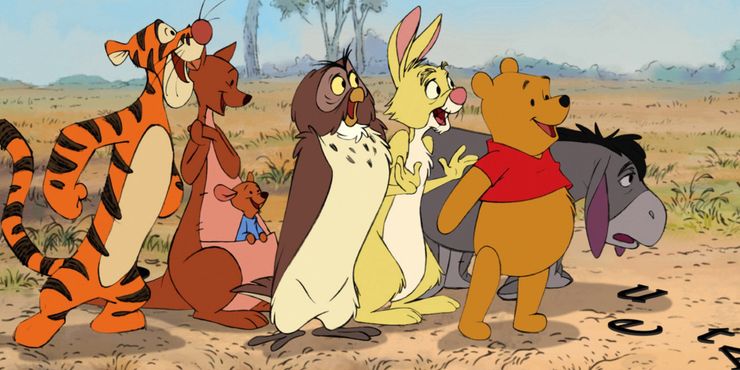 Thousands of works of art enter the public domain each year. Since these works of literature and art are already unprotected by intellectual property laws, anybody may use them without obtaining a permission to adapt them and produce, publish, or distribute derivative works. Works published between 1923 and 1977 would become public domain 95 years after their initial publication under U.S. copyright law.

The first Winnie the Pooh book by A. A. Milne and other works released in 1926 lapse into the public domain this year. However, Disney purchased the character copyrights in 1966 and produced its own versions of Christopher Robin, Piglet, Eeyore, and the famous yellow bear known as Pooh. Winnie the Pooh: Blood and Honey is strictly based on the 1926 novel, with Pooh and Piglet sporting a lumberjack suit and black clothing, respectively. As a result, everything mentioned and contained in the book became available to everyone. Additionally, other characters like Tigger won’t show up in the horror movie because they were introduced later and are still protected by copyright. 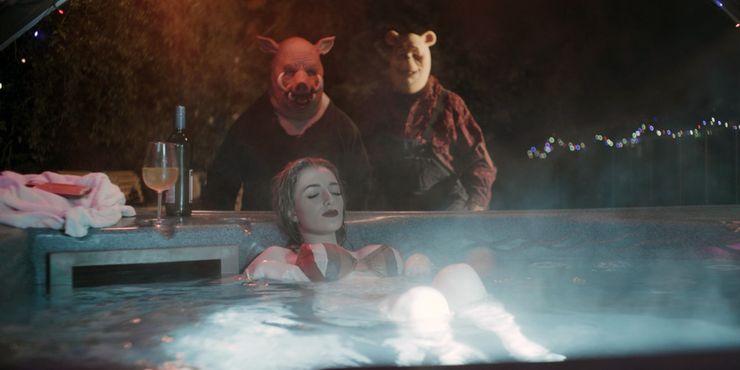 Winnie The Pooh: Blood and Honey’s director has provided information regarding the plot of the horror movie. Winnie the Pooh and Piglet were abandoned and left to fend for themselves after Christopher Robin left them for college, which led to them returning to their animal natures and become wild. Prior to the movie’s events, Pooh and Piglet even consumed Eeyore as a means of survival. They turned to hunting and devouring their prey. Years later, Christopher would come back with his wife, but by that time, his former pals’ animosity and bitterness had already erupted into a violent rampage that targeted college ladies.

When Is Winnie The Pooh: Blood & Honey’s Release Date? 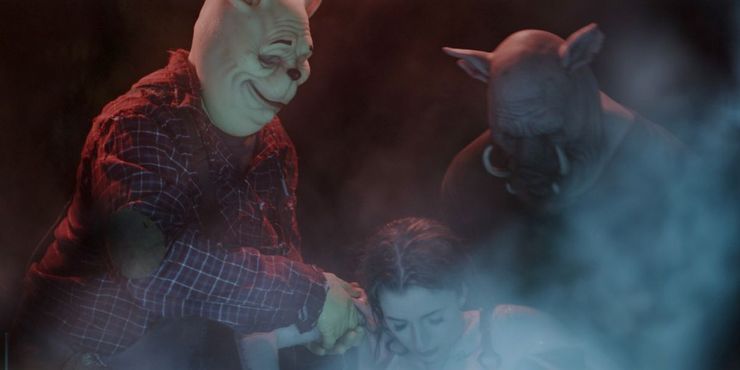 The post-production of Winnie the Pooh: Blood and Honey is apparently being sped up as a result of the overwhelmingly positive feedback the movie’s stills have received. The horror retelling is still a top priority for Waterfield, despite his involvement in four other movies. With this, Winnie the Pooh: Blood and Honey may already be prepared for release in late 2022 or early 2023, despite the lack of an official debut date.

10 Best Wizard Of Oz Characters BAsed On Their Likability