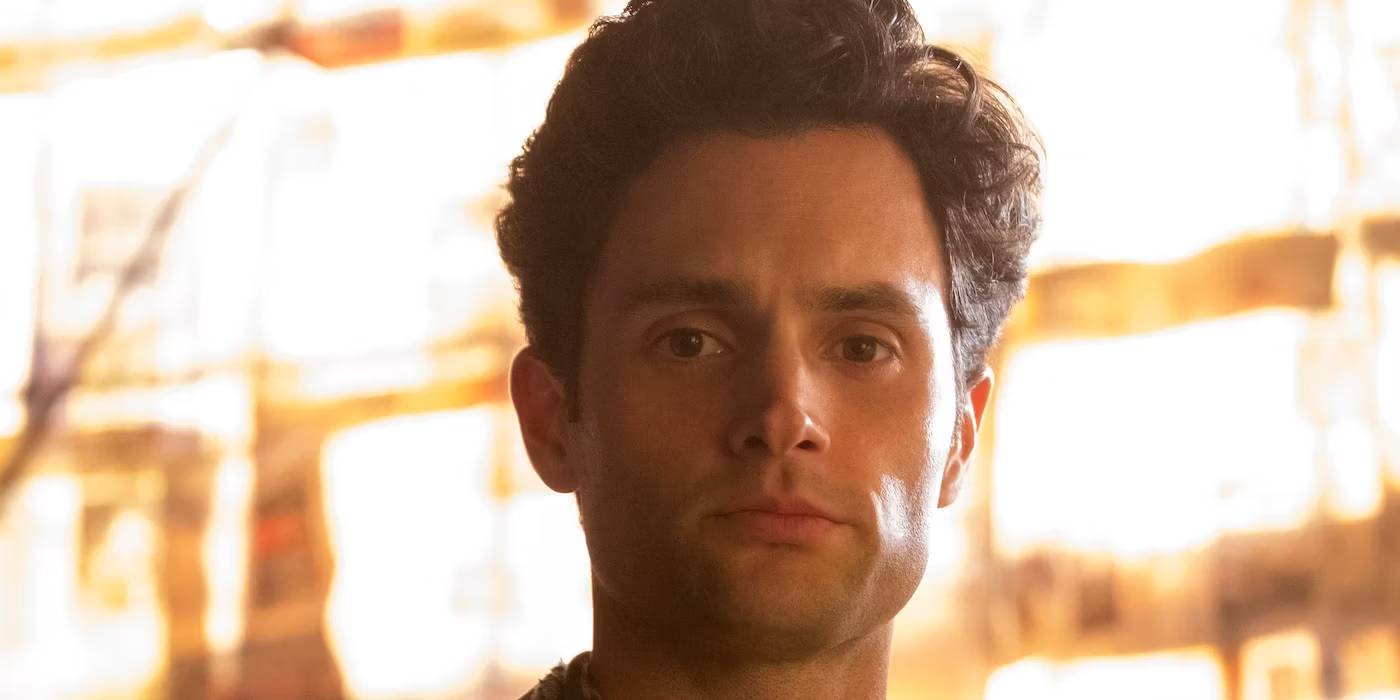 You Season 2 Ending Explained, Recap And Major Details To Know Before Watching Season 3

The second season of You debuted on Netflix on December 26, 2019, over two years ago. Netflix revealed this week that, finally, Season 3 is approaching after a painfully long wait. Season 3 of You, which has 10 all-new episodes, will premiere on October 15. We’ve been waiting for Joe (Penn Badgley) to claim his next victim for a very long time, so we thought we’d give you a quick recap of Season 2 and that surprising narrative twist.

Body Count: 7 (and shockingly, only 3 of whom were at the hands of Joe)

There is no time to waste as October 15 is drawing near. Here is a list of every You: Season 2 fatality. 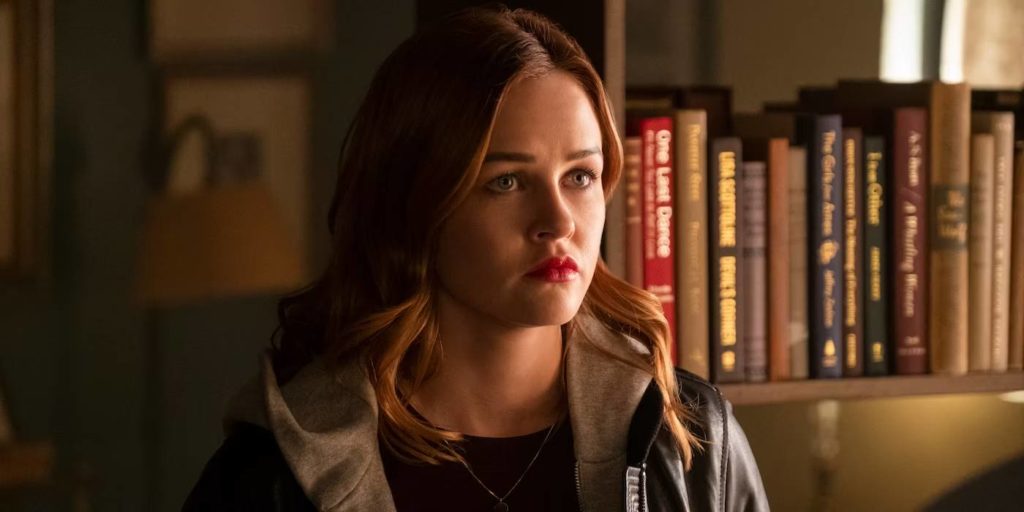 In a surprising change of events, Love slices Candace’s throat, murdering her, in what appears to be a hallmark move, one that Love explains as doing whatever it takes to defend people she loves after Candace (Ambyr Childers) calls to see what (she suspects) Joe has done to Delilah. It is a horrible conclusion for Candace, who was buried alive by Joe, as we discovered in Season 2. In the end, it turns out that after locking Joe in the cage, Candace should have phoned the police rather than Love. 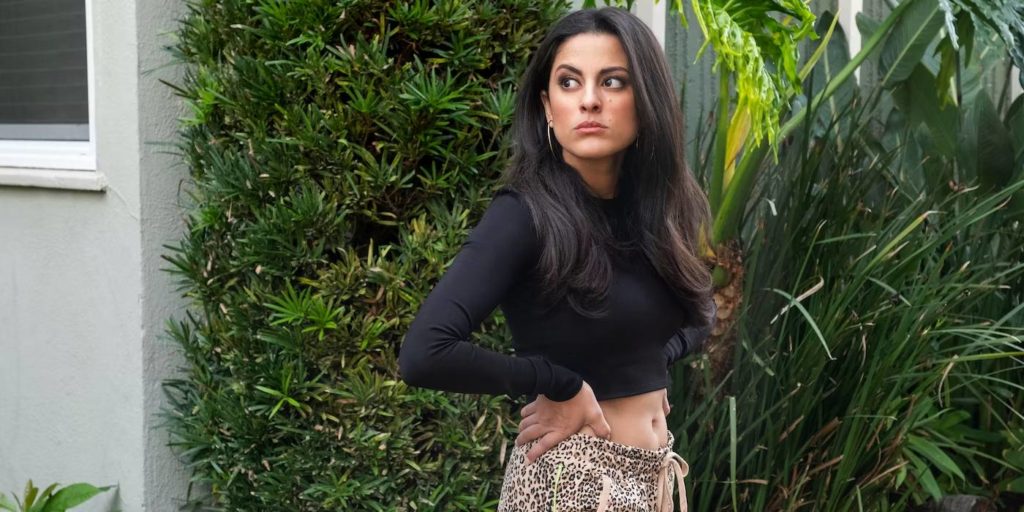 Joe discovers Delilah dead in his cage in a pool of her own blood after locking her in once she learns of his secret existence as a cold-blooded murderer. This is one of the most heartbreaking deaths in both Seasons 1 and 2 of You. Forty sneaks LSD into Joe’s drink, and Joe assumes that he is the one who killed Delilah on that drug-fueled night. In an unexpected turn, he learns that Love was the one who actually killed Delilah. Love discovered the cage’s keys and, upon discovering Delilah imprisoned, slit her throat in order to defend Joe. 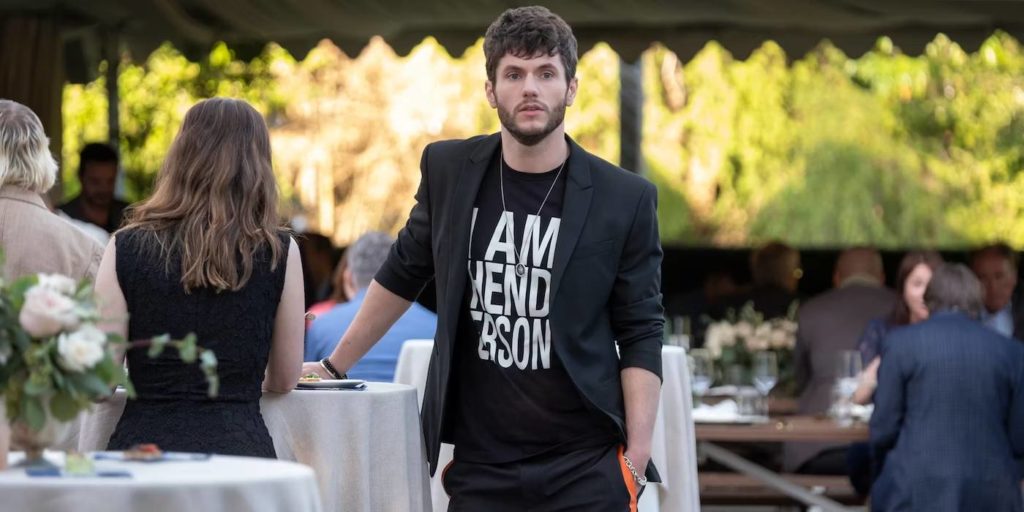 Forty starts to piece together the truth about Joe in the Season 2 finale. Forty rushes to alert Love after learning with certainty that Joe is a murderer even though he already knew and accepted that Joe used a phoney name. Naturally, Forty is unaware that Love, who is working with Joe to come up with a plan to appease Forty and persuade him that his opinions of Joe are unfounded, already knows everything there is to know about Joe’s terrible secrets. At Anavrin, Forty places a gun to Joe’s head in the decisive confrontation. When Delilah’s longtime boyfriend and LAPD officer David Fincher (Danny Vasquez) bursts in and shoots Forty, Joe closes his eyes and appears to accept his fate. Fincher starts investigating Forty for Henderson’s murder when Forty passes away, a dreadful and false legacy the unstable Quinn brother will now leave behind. 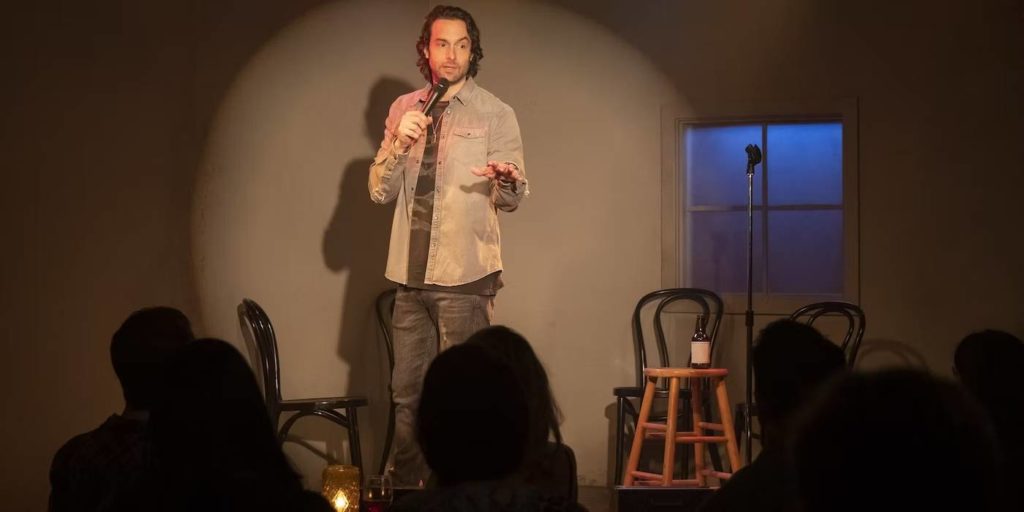 Joe’s second victim in Season 2 is Henderson (Chris D’Elia), a well-known “man of the people” comic with a covert history of child abuse. Joe believes it is his responsibility to look out for Ellie (Jenna Marie Ortega), the 15-year-old sister of Delilah (Carmela Zumbado), who works as Hendy’s intern. Henderson is drugged, restrained, and forced to confess to his misdeeds by Joe in his basement. In an effort to stop Henderson from leaving after he escapes from his restraints and tries to flee, Joe chases him and tosses him against a wall, which ultimately results in Henderson’s death. Joe sets it up to appear like a suicide, but before long, a murder investigation is underway. 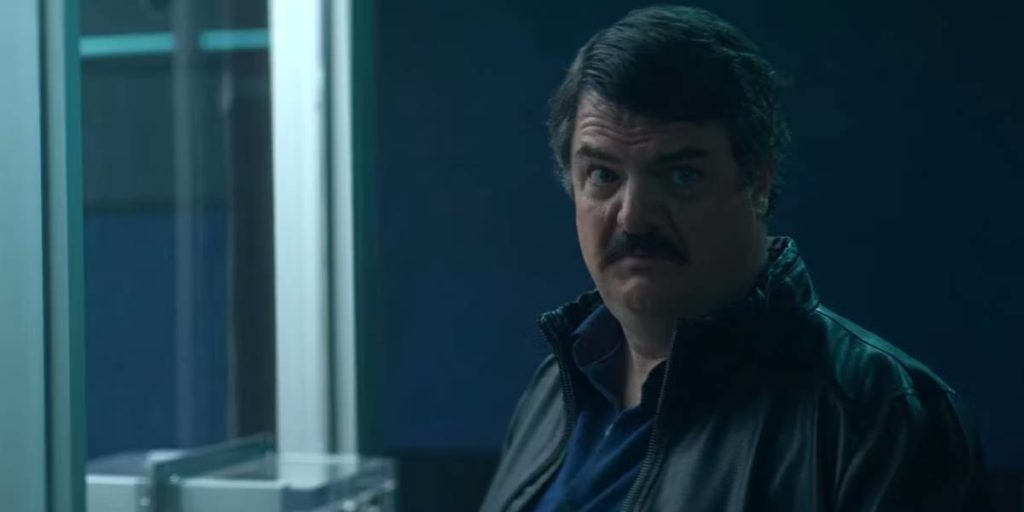 Joe suddenly finds himself in a precarious situation after assuming the identity of the genuine Will Bettelheim (Robin Lord Taylor) and imprisoning him. It turns out that Will owes his customer Jasper a huge amount of money (Steven W. Bailey). Joe meets with Jasper in the hopes of paying him back, but sadly for Joe, Will still owes Jasper a staggering $50,000. Joe’s finger is severed by Jasper, who also issues a death threat if the money isn’t given to him. Once Jasper is in the cage, Joe informs him that he isn’t the genuine Will Bettelheim. Jasper pulls out his pocket knife to kill Joe, but Joe stabs and kills him with a knife from his workbench since he doesn’t care if he won’t get his $50,000. Jasper’s body is later chopped into pieces, put through a meat grinder, and thrown away in a dumpster. I believe Joe is a classic. 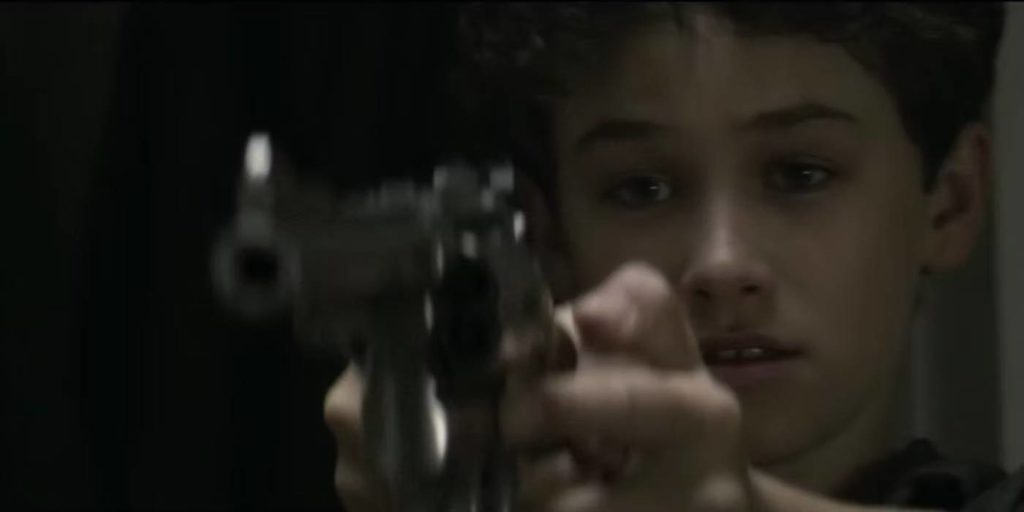 In Season 2, we delved more deeply into Joe’s past, focusing on his father’s and mother’s abusive marriage (Magda Apanowicz). Joe’s mother and father both suffered from physical and emotional abuse, and Joe’s mother frequently neglected him and left him alone as she sought out the companionship of other men. Joe committed his first murder in Season 2, killing his father to defend his mother. 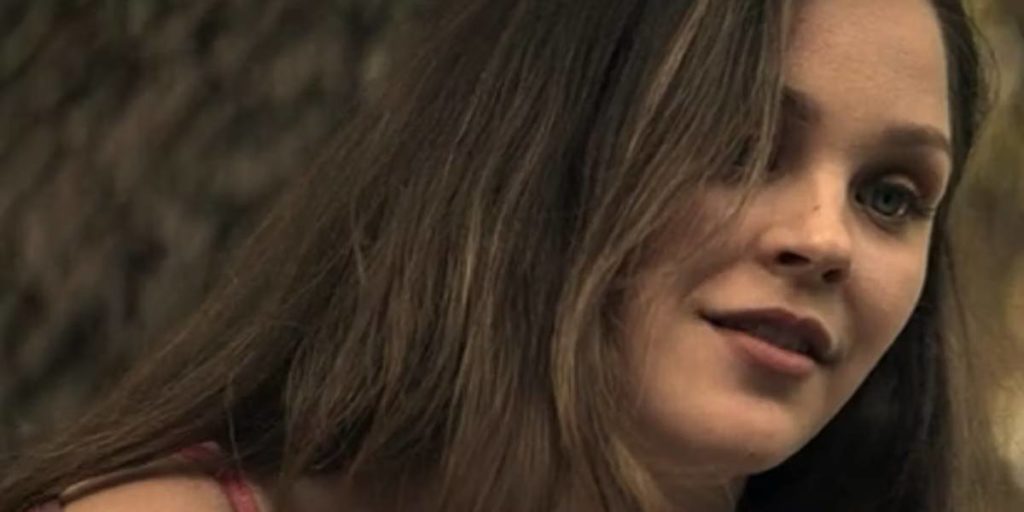 The “perfectly imperfect girl” who provided that shocking story twist was Love Quinn (Victoria Pedretti). With her twin brother Forty (James Scully), Joe’s co-dependent connection has no boundaries, as evidenced by her latest love interest. She confesses that when she and Forty were younger, they had a sexual connection with Forty while he was an au-pair from Spain named Sofia (Brooke Johnson). Forty had a crush on Sofia, but Love could see what Forty could not: that Forty was a child being sexually molested. We discover that Love, in a severe, violent act of defence, slit the au-throat. pair’s She fabricated the event to make it appear as though Forty killed Sofia in a fit of rage because she reasoned that her parents would be more satisfied if they believed Forty killed the au-pair. Next, the wealthy Quinn family pretended it was a suicide. 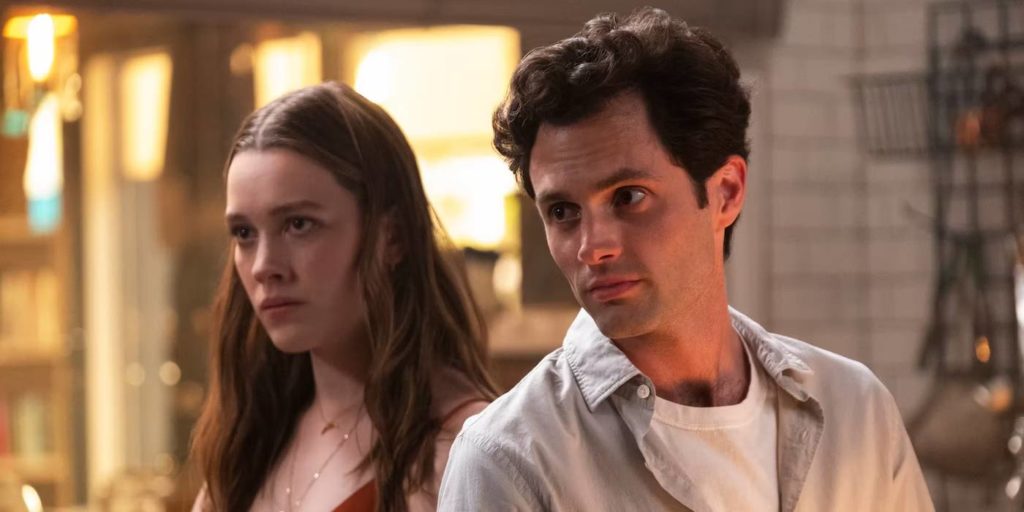 Love actually took the time to prepare Joe an entire pan of cinnamon rolls with salt instead of sugar just to make a point, so we should have known there was something fishy about her.

It is made evident that Joe has met his match in the Season 2 finale. In an unexpected narrative development, it is revealed that Love killed Delilah, Joe’s neighbour and one-time love interest who learned of Joe’s past of murder. When Joe imprisons Delilah, he is desperate to free her so he may show himself that he is not the murderer he once was. Delilah does not deserve to die, and more importantly to Joe, if he murders Delilah, Ellie won’t be left alone. Joe has a soft spot when it comes to protecting children, as he demonstrated with Paco in Season 1; this is probably because of the darkness of his own upbringing.

Joe assures Delilah that he will let her free once he has made his hasty departure from the city. To ensure that Delilah is released after he has left LA, he sets a timer on the shackles he uses on her. Unfortunately, Forty approaches him as he is getting ready and asks his assistance with the script they are writing. After Forty gives Joe pills to help him finish the script for his film adaptation of Beck’s (Elizabeth Lail) book, Joe is unable to recall what happened that night. He discovers Delilah dead in his cage with her throat slit, much to his horror. He naturally believes that he committed her murder. 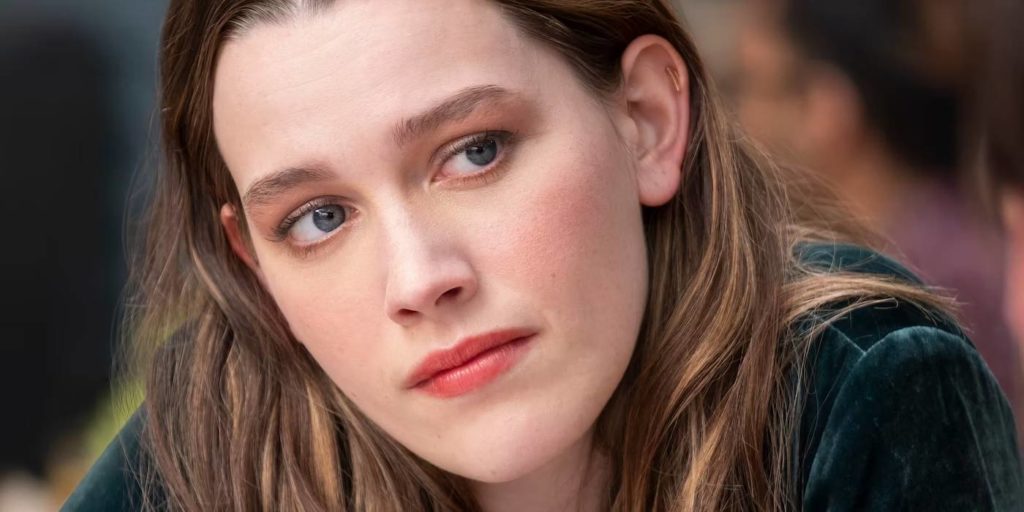 To make matters worse, Candace discovers the keys to Joe’s storage facility where he keeps his cage. Candace has located Joe and is determined to stop him from hurting the Quinn family. Just as he did to Beck and intended to do to her, she is able to put Joe in the cage with Delilah, whom she believes Joe killed. Candace calls Love so that she can expose Joe’s true nature to her for all time. Love discovers Joe in the cage when she comes and orders Candace to release him while pleading with Joe to convince her he didn’t do this. When Joe reveals his true self, Love walks away, looking sick to his stomach, and throws up in a garbage can. Love swings around and shockingly slices Candace’s throat with a shattered bottle, killing her instantly, as Candace pursues her.

She returns to Joe and lets him know how she handled Candace. Joe is appalled and feels as though he has broken her. Love reveals to him—to his complete shock and horror—that she killed Delilah and that she is well aware of Joe’s past thanks to information her family’s private investigator discovered on him. She not only excuses Joe’s behaviour, but but supports it. Love said that Joe’s terrible deeds were justifiable because, like her, he was compelled to commit sins as a means of learning how to survive when they were very young. She then makes another shocking revelation: she was the one who murdered Forty’s au-pair after abusing him sexually. She asserts that Joe and she are identical. They are a perfect match.

Joe is utterly appalled. Love replies that she has already thought of a plan for Ellie when he asks her to think about Ellie. Ellie has been falsely accused of being responsible for Henderson’s death, but only so that the Quinn family attorney may drop the charges against Ellie because there isn’t enough proof and Ellie is only 15 years old. When Delilah’s body is discovered with a suicide note, Henderson’s true colours are exposed, she becomes a feminist icon, and Ellie’s case is basically over. Ellie will then leave with settlement funds that will support her financially for the rest of her life. Love informs him, “You were absorbed in a damned fantasy while I was seeing you, actually seeing you. a girl with the perfect flaws. You observed what you desired to observe. But the entire time, I was right here. It wasn’t that difficult. You only needed to look.” 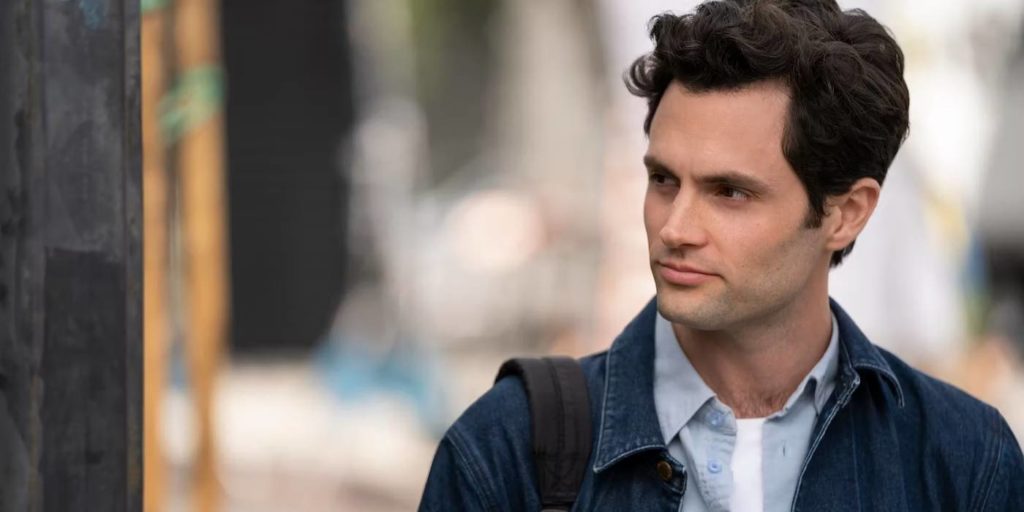 In the end, Joe persuades Love to release him from the cage. When she does, he tries to slit her neck as soon as possible with Delilah’s frayed cuffs. The final surprise from Love is that she is carrying his child. Joe is shocked by the information and understands he can’t murder her. Even though his perception of Love is totally ruined, he is willing to spend his entire life with Love in order to fulfil his desire to be the father he was never given.

Forty rushes to warn Love while beginning to piece together Joe’s past. Forty makes a last-ditch effort to reveal to Love who and what Joe is in a confrontation at Anavrin. Forty is being talked down by Love, who of course already knows, who attempts to persuade him that he is merely spiralling. Love informs Forty that she is expecting in an effort to deter him from shooting Joe when he is holding a gun to his head. But forty is adamant in his choice. When Officer Fincher suddenly storms into the cafe and shoots Forty, killing him, Joe closes his eyes and accepts his fate. A heartbroken love.

Then, in a future flash, Joe and Love may be seen having relocated to the suburbs of California. Joe gives his final season-ending monologue as Love is much farther along in her pregnancy. Joe says he was prepared to live in a cage he made for himself, but he is eager to see his child. That is, until he discovered how mysteriously destiny operates. The horrific incidents that have occurred up to this point have brought him to the ideal location to meet “you,” the enigmatic woman who lives on the other side of the fence.

You Season 1 Ending Explained, Recap And Major Details To Know Before Watching Season 2