Movies like ‘White Zombie (1932)’ and ‘I Walked With a Zombie (1943)’ are two notable instances of how zombie invasions have been depicted in film. After his 1968 indie horror film ‘Night of the Living Dead,’ George A. Romero established zombies as a modern genre with a significant cult following. The distinctions between horror, slasher, and other nasty genres are blurred by zombies. They combine all of the scary and frightening elements into a single concept: the zombie apocalypse. It’s a multifaceted genre that elicits fear, terror, revulsion, shock, suspense, and horror all at once. With that in mind, here’s a selection of great zombie movies on Amazon Prime that you can watch right now:

The first film in the ‘Gates of Hell’ trilogy is the Italian horror film ‘City of the Living Dead.’ The story takes place in the small New England village of Dunwich. A priest hangs himself in the church cemetery to commit suicide. When the walking dead emerge from graves as a result of the horrific occurrence, unthinkable terror ensues. The zombies soon overrun the small village, turning the residents into monsters. A journalist sets out on an exciting quest to discover the truth about the outbreak. He joins forces with Mary, a mystery woman who had visions of the zombie apocalypse just days earlier. They work together to figure out what’s causing the zombie apocalypse. Another couple, a psychiatrist and his patient, assists them. The party also discovers that if the zombie pandemic isn’t stopped before All Saints Day, the wandering dead would spread around the world. Lucio Fulci directs ‘City of the Living Dead.’ Christopher George, Catriona MacColl, and Carlo De Mejo play the key characters in the film. 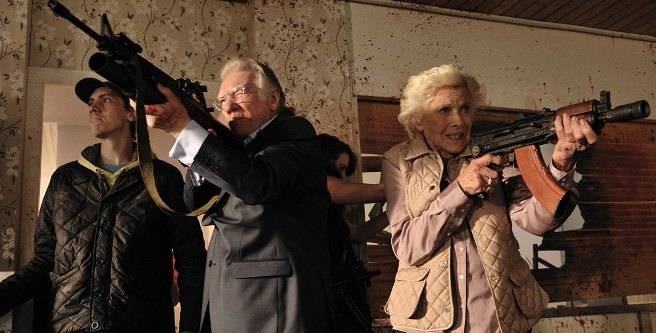 Bank heist meets zombie apocalypse in ‘Cockneys versus Zombies.’ Terry MacGuire and his younger brother Andy have planned a bank robbery. They urgently require funds to save their grandfather Ray’s old-age home from being demolished. A zombie outbreak breaks out in other parts of the city. Terry assembles his gang and gathers weapons without realizing it. However, the robbery attempt fails, and the police are able to apprehend them inside the bank. Terry and his guys kidnap two women as captives and flee the building with a large sum of cash. However, the zombie horde has already slaughtered the police officers stationed outside the bank. Terry and his gang are able to depart the area in their van, carrying the two hostages as well as cash. The zombies have already attacked the old-age home by that time. In the kitchen, the grandfather and other convicts seek safety. Terry and the robbers must avoid the zombies while rescuing their grandfather. Matthias Hoene is the director of ‘Cockneys vs Zombies.’ Rasmus Hardiker, Harry Treadaway, and Michelle Ryan have key parts in the film.

The Icelandic-Norwegian zombie comedy ‘Dead Snow 2: Red vs. Dead’ has multiple Nazi zombies. The film is a sequel to ‘Dead Snow,’ which was released in 2009. ‘Red vs. Dead,’ set in a Nazi-occupied Iceland, picks up where the ‘Dead Snow’ left Martin and his companions. In an Icelandic town, he is the sole survivor and prey of a major zombie epidemic.

Martin had taken the undead gold in the first installment. He returns it to them in ‘Red vs. Snow,’ but forgets a solitary cent. When a gold coin goes missing, the zombies come after him. Despite escaping the attack commanded by the ruthless Nazi officer Herzog, Martin winds himself in a hospital. His severed limb is operated on and replaced with Herzog’s undead arm found in Martin’s car by the physicians. To make matters more complicated, the cops accuse him of murdering his companions. Nobody believes him when he says Herzog’s Nazi army is zombified. Martin has no choice but to form his own army in order to combat the approaching walking dead. Tommy Wirkola is the director of ‘Dead Snow 2: Red vs. Dead.’ 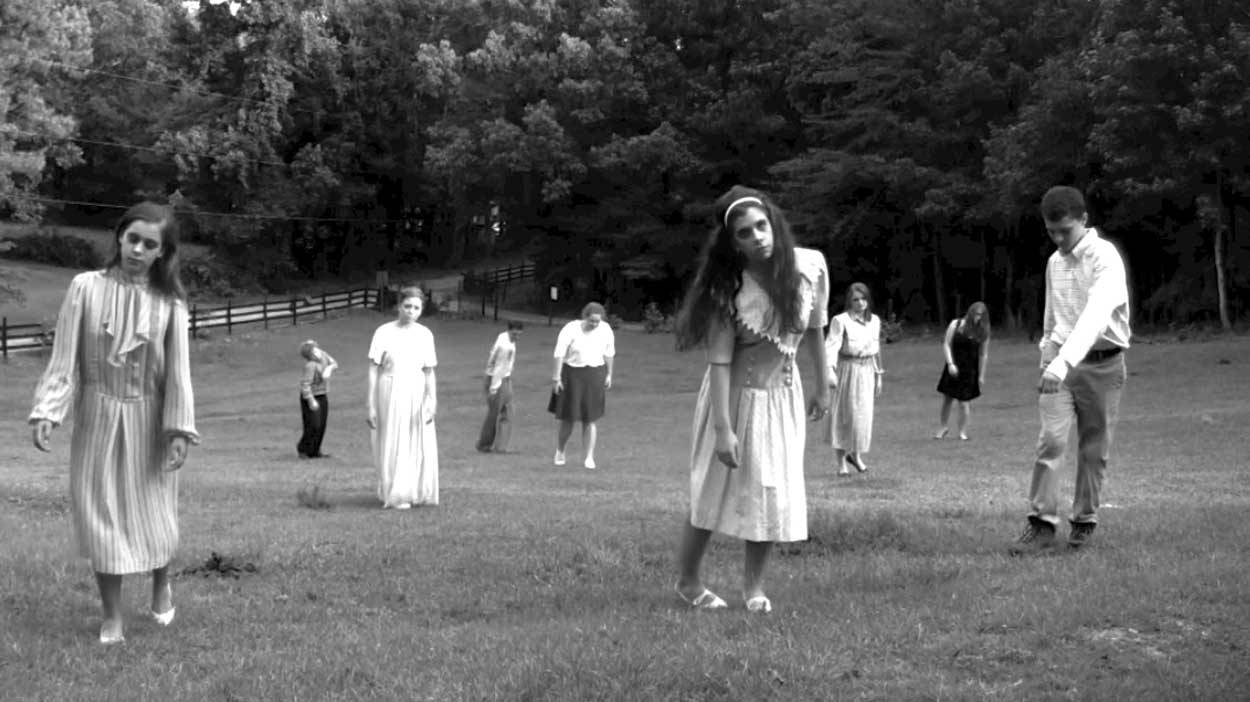 ‘Night of the Living Dead’ is a cult classic and a watershed moment in the zombie genre’s history. Seven humans are besieged in a farmhouse by a horde of flesh-eating zombies in this film. With additional zombies arriving from the settlement, they’re expanding at an exponential rate. Barbra is a young woman who comes to the abandoned cemetery to pay her respects to her father’s grave. When the zombies attack, she seeks refuge in the farmhouse. Ben, a young man who comes by to get gas, takes refuge in the farmhouse as well. In the basement, Barbra and Ben discover five more people sheltering from zombies. They band together to fight off zombies that are becoming more violent. George A. Romero directs ‘Night of the Living Dead.’ The filmmaker is sometimes referred to as the “Father of the Modern Zombie” since he sparked a wave of indie horror films. 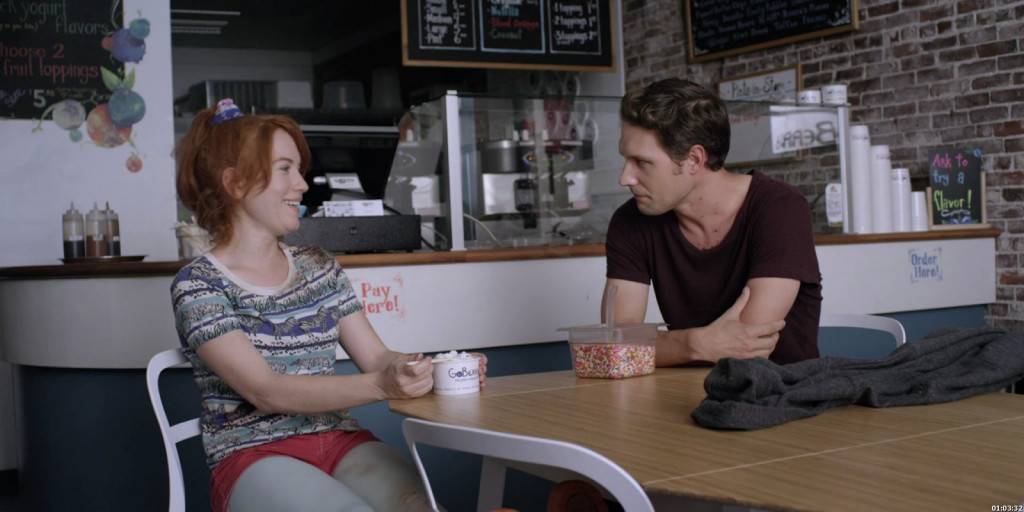 ‘Night of the Living Deb’ is a hysterically funny spin on the zombie invasion story. Even the zombie genre’s tropes are mocked in the film. Deb Clarington, an attractive single lady who works in the media, is at the center of the story. On a lonely night, she meets Ryan, a handsome man. She learns that Ryan and his fiancee had broken up due to a quarrel. Deb makes an attempt to seduce him, but Ryan’s fiancee intervenes. The next morning, Deb wakes up in Ryan’s bed. She has no recollection of anything prior to the fiance’s arrival. Ryan requests that she vacate his premises. Outside, however, Deb finds herself in the midst of a zombie apocalypse. She saves Ryan from a flesh-eating zombie, and the unlikely couple has no choice but to remain together. Deb and Ryan discover how vital it is to be with someone you can trust as the zombies try to break in. Kyle Rankin directs ‘Night of the Living Deb.’

‘Psychomania,’ a horror cult classic, portrays a gang of young people who terrorize their little community. ‘The Living Dead’ is the name given to a violent young group. Tom Latham, the group’s leader, is a psychopath who believes he has struck a bargain with the devil. According to the agreement, gang members who kill themselves with a deep conviction in the devil will rise from the dead. The team members follow their leader’s lead and commit suicide one by one. However, Tom’s faith does not save them all, as no one ever comes back from the grave. The new gang of the living dead gets together in a hidden location to plot their terror propaganda. Don Sharp is the director of ‘Psychomania.’ Nicky Henson, Beryl Reid, George Sanders, and Robert Hardy star in the film. 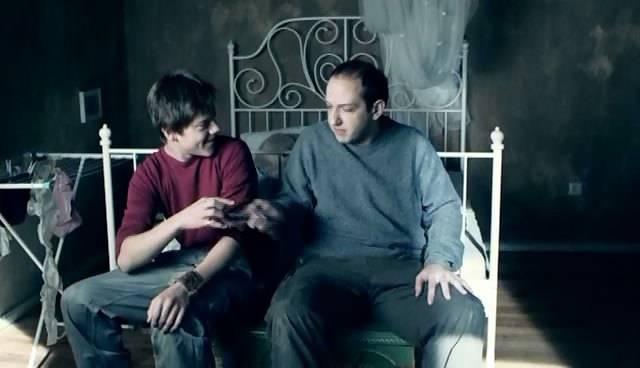 The narrative of Gabi and Michael is told in the German zombie film ‘Rammbock: Berlin Undead.’ After a loud altercation, the couple is split up. To avoid each other, they live in different cities. When Michael travels in Berlin to see Gabi, he has two goals in mind: return Gabi’s apartment keys and, if possible, salvage their relationship. However, a zombie outbreak in the metropolis throws his plans into disarray. People are being preyed upon by zombies, who convert them into flesh-eating beasts. Because Gabi isn’t at home, Michael partners up with Harper, an adolescent plumber, to fight the zombie horde. However, they are locked within the apartment block, which is infested with zombies. Michael Fuith, Theo Trebs, Anka Graczyk, and Emily Cox star in ‘Rammbock: Berlin Undead,’ which is directed by Marvin Kren and stars Michael Fuith, Theo Trebs, Anka Graczyk, and Emily Cox. 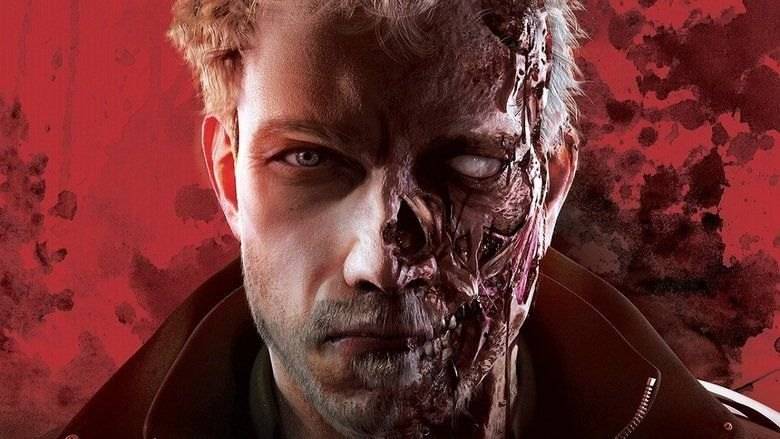 ‘The Returned,’ a Spanish-Canadian thriller, is set in a world after a zombie invasion. Even if the infected people live a regular life, they are nonetheless in danger. They will soon run out of the medicine that allows them to function normally. A physician is on the run to save her diseased husband as the patients take to the streets with loud protests. The government establishes quarantine camps and begins a wave of raids. The doctor brings her spouse with her when a family friend invites them to his home outside of town. To get to their objective, they must evade raiding parties and enraged mobs on the streets. Manuel Carballo is the director of ‘The Returned.’ Emily Hampshire, Kris Holden-Ried, Shawn Doyle, and Claudia Bassols play key roles in the film.

‘The Night Eats the World,’ a French zombie film, is based on Pit Agarman’s novel of the same name. Sam, a musician who recently split up with his girlfriend, is the protagonist of the story. To reclaim some of his old belongings, he pays a visit to his ex-place. girlfriend’s His ex-girlfriend, Fanny, is throwing a party. Sam finds his belongings at the office, but tensions rise when his nose begins to bleed. He passes out soon after, while the outside celebration devolves into a zombie carnage. The next morning, Sam awakens to find a city infested by zombies. In the next room, he discovers Fanny as a zombie. Sam understands he is the sole survivor and must barricade himself in order to survive. When zombies detect the presence of humans, they congregate around the flat. As Sam prepares for the last showdown, he finds that he is not alone. Dominique Rocher is the director of ‘The Night Eats the World.’ Anders Danielsen Lie, Golshifteh Farahani, and Denis Lavant have prominent parts in the film. 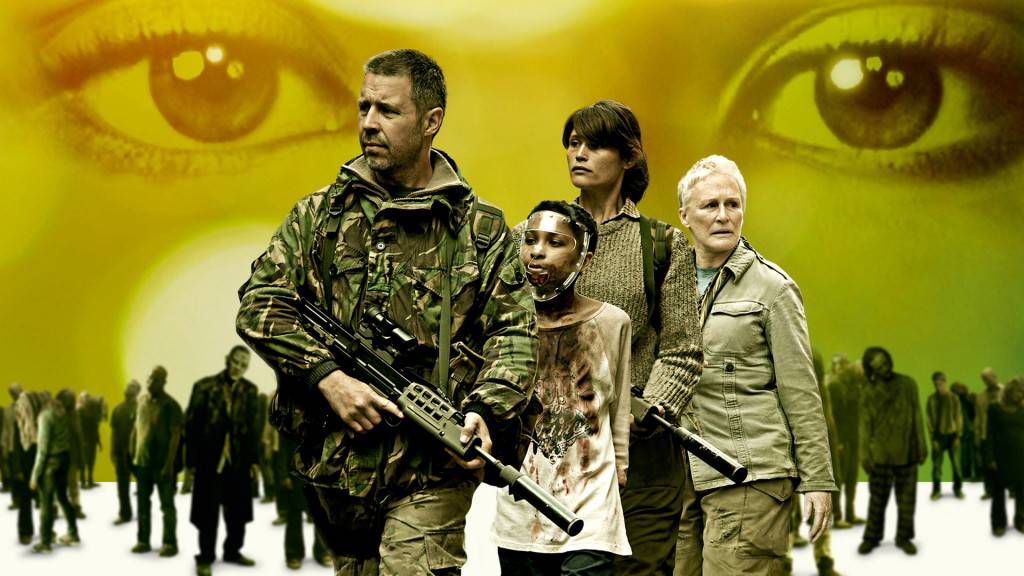 ‘The Girl with All the Gifts,’ based on M.R. Carey’s novel, is a future zombie film. A fungus virus has wiped out most of humanity from the face of the earth in the future. The infection spreads by turning the sick into flesh-eating zombies. A group of hybrid youngsters who can still think and act is the last hope for a small number of survivors. Under the supervision of an ambitious scientist, the unusual children are compelled to participate in scientific tests. The scientist unites up with a teacher and two soldiers for a rescue operation after zombies infiltrate the lab building. They lead Melanie, dubbed “the girl with all the gifts,” through the zombie apocalypse. Melanie is the only one who can save humanity from the zombie invasion, so the voyage is crucial. However, the tiny girl must first come to terms with her abilities. 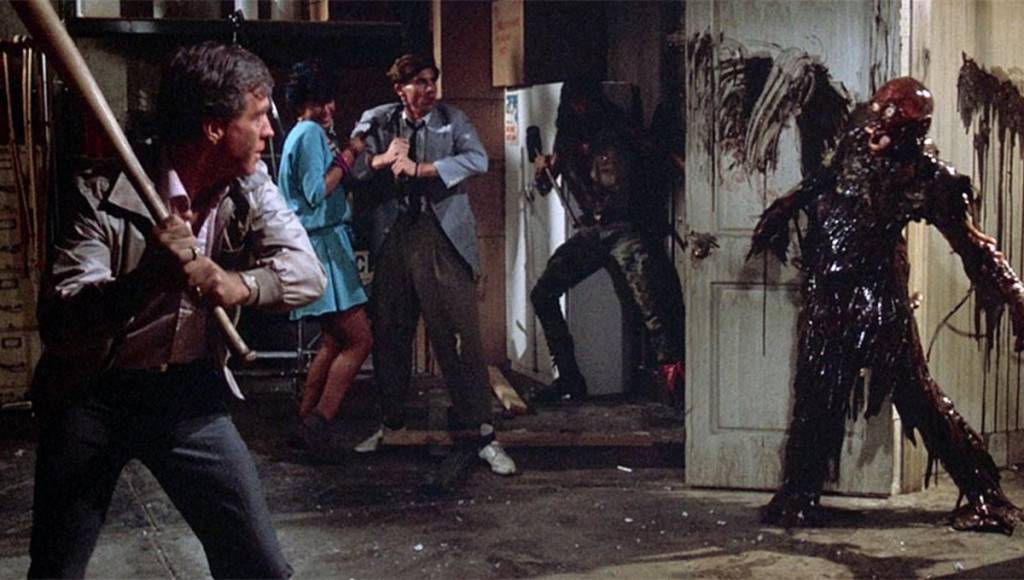 The cult film ‘The Return of the Living Dead’ unleashes a horde of brain-hungry zombies. The nightmare begins when a warehouse foreman accidentally discharges a mysterious deadly gas. He and his partner are knocked out by the gas. A dangerous acid rain is also released as a result of the disaster, resurrecting the dead in a nearby cemetery. To deal with the zombie outbreak, the warehouse owner partners up with his two employees, a mortician acquaintance, and a gang of young rock musicians.