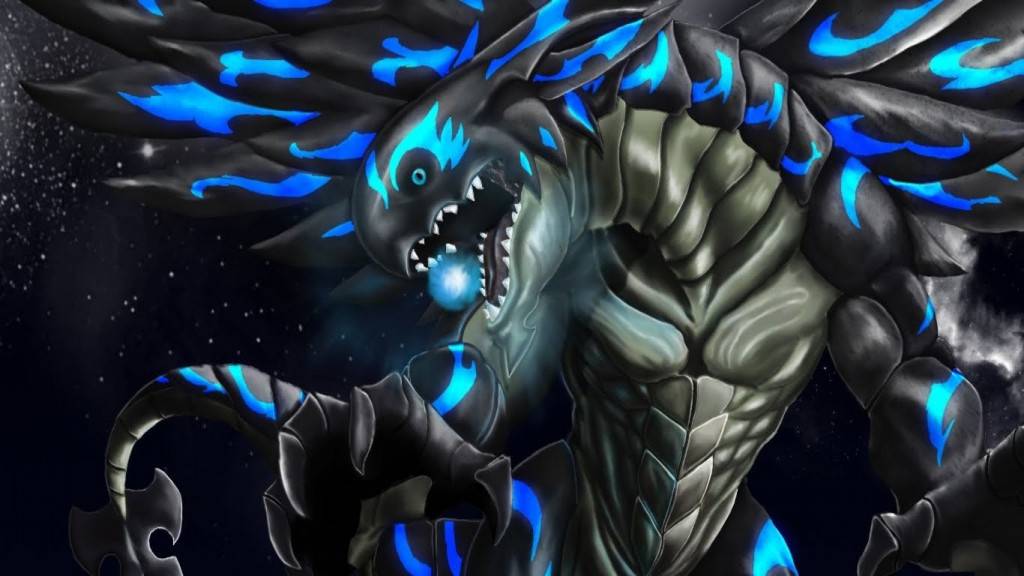 Dragons are colossal legendary monsters that frequently figure in popular culture. Beasts and animals play a significant part in influencing the plot and characters of anime. They can be friendly, but their main purpose is to harm you. They are almost always antagonists. They may even act as allies to the main characters in some cases. In any case, today we’ll take a look at the greatest anime dragons of all time. Which anime dragon do you identify with? 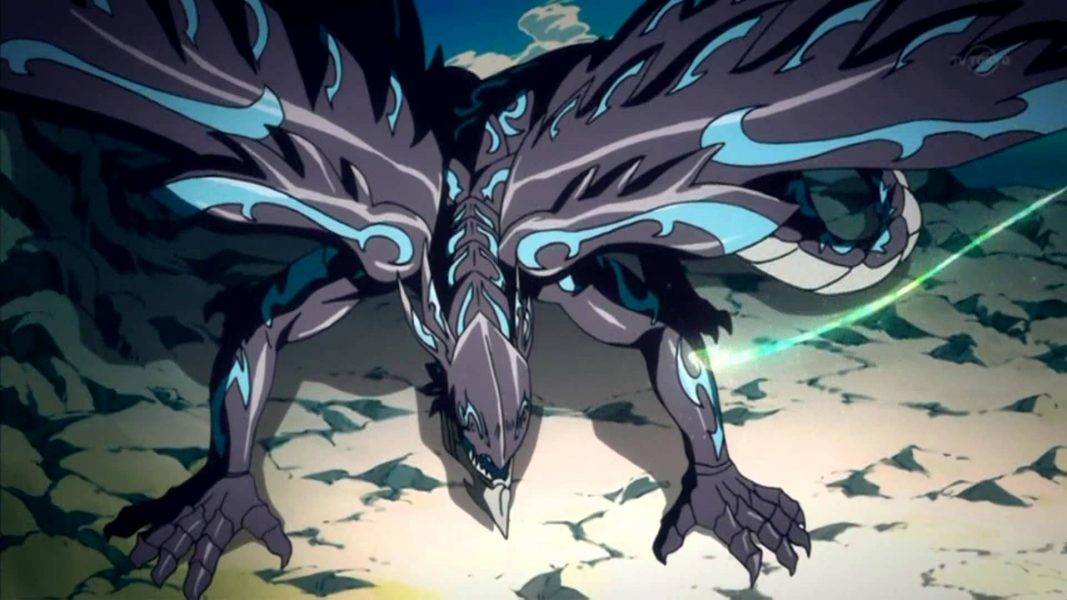 This formidable dragon appears in the fantasy adventure anime series ‘Fairy Tail.’ Acnologia, often known as The Black Dragon of Apocalypse, is a strong creature. It frequently travels the globe. There’s a potential that Zeref, the Black Mage, is connected to it or knows more about it than he’s revealing. This can be inferred from Zeref’s ability to sense the arrival of Acnologia even before it arrived, which was quite some time later. We can get a feel of its strength through its battle with Gildart, the Fairy Tail Guild’s strongest mage. Acnologia’s immense power quickly overwhelmed Gildart, and he was mercilessly defeated. 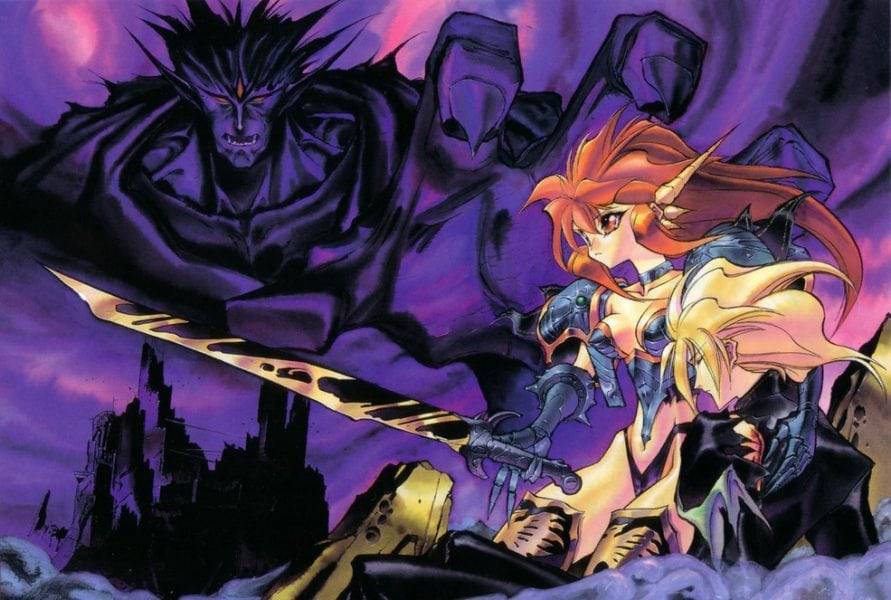 Azetodeth is a fantasy and comedic anime character from the series ‘Dragon Half.’ He assassinates everyone he pleases and destroys everything in his way. He is frequently referred to as the true maestro of death. Mink, whose mother is a dragon and whose father is a retired dragon slayer, is the main character of the show. Mink, despite his clumsiness at first, develops into a skillful and decent person. The enemy becomes more numerous the higher you fly. An unjust ruler’s daughter uses magic to harass Mink on a regular basis. Azetodeth dwells on Demon King’s Island, a strangely named island. 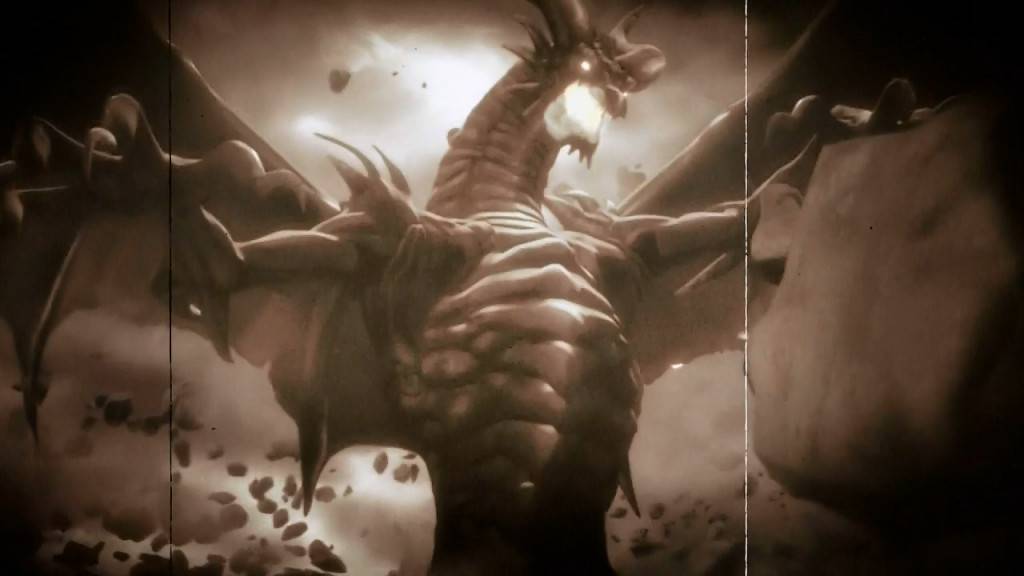 This dragon is one of the most majestic and godly on the list. It’s also one of the most ancient dragons on the list. In the supernatural/action anime ‘Shingeki no Bahamut: Genesis,’ Bahamut makes an appearance. His physical stature is so intimidating that his mere presence is enough to cause severe psychological harm to his opponents. Bahamut is thought to be almost three thousand years old (wow, that guy is old). He is a ruthless individual who strives to destroy all that stands in his way. His head is adorned with demonic-looking curving horns, and his entire body is covered in spikes and scales. Bahamut possesses gigantic wings that are longer than he is tall. His barbed tail is yet another intimidating characteristic. 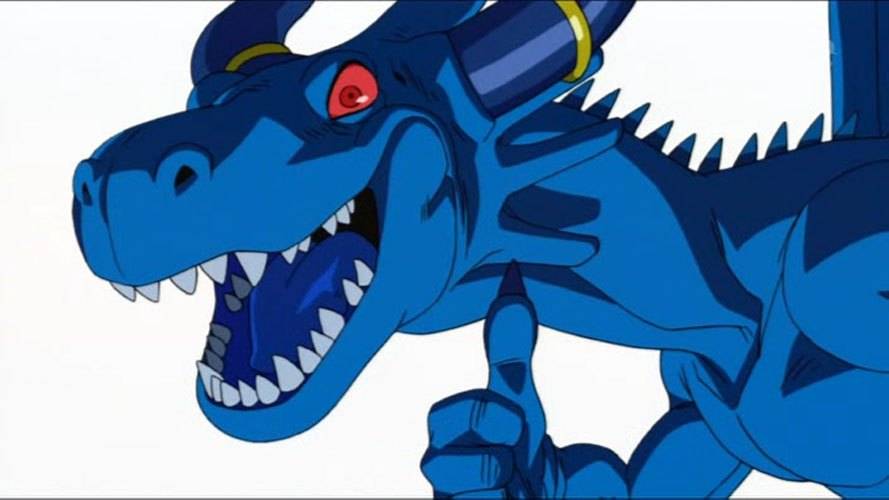 Let me just declare right now that I did not enjoy this anime show and did not finish it. This is only included because it featured a gigantic Blue Dragon. Shu’s shadow monster is the Blue Dragon. The anime series depicts Shu’s community being attacked. The adversaries are unknown, but they are extremely powerful. He and his buddies must protect their home from being destroyed. They meet Zola, a warrior, and learn about the power of shadow, which allows them to change their shadows into formidable animals. The consequence of this power is Shu’s Blue Dragon. He has a chilly personality, continuously berating Shu for everything he does and becoming aggressive at times. He’s a narcissistic psychopath. 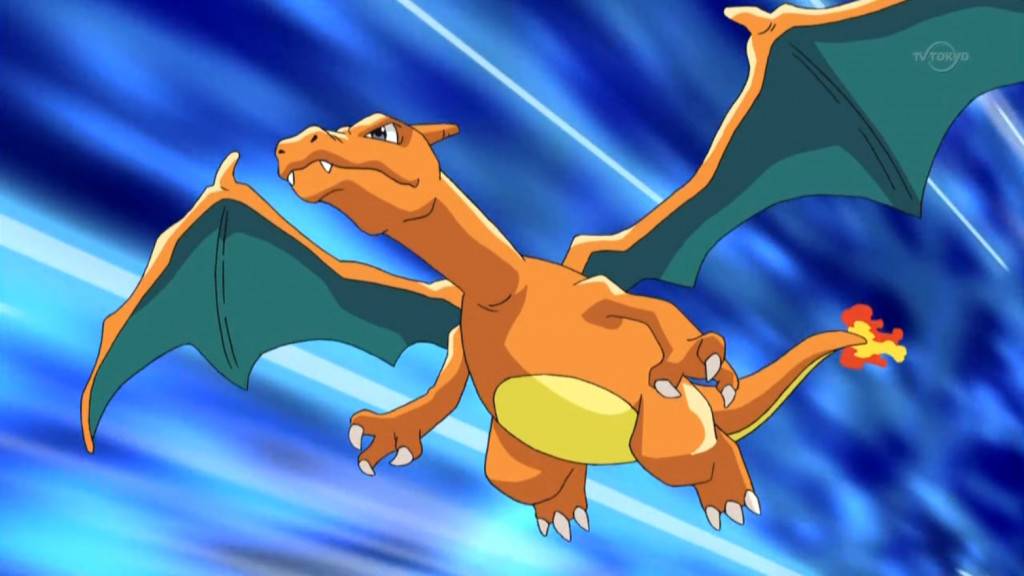 Charizard is one of the most well-known and beautiful fire-type Pokemon. Ash Ketchum has only one Charizard, which he obtained as Charmander. Charmander becomes Charmeleon, and Charmeleon becomes Charizard. Charizard has the ability to shift into two more advanced forms. Charizard X and Charizard Y are their names. Charizard resembles a draconic creature. Its head is adorned with two horn-like features. It has huge wings that are blue on the underside. Charizard’s forelimbs are short, but his legs are massive and robust. It features a long, thick tail with a scorching tip. 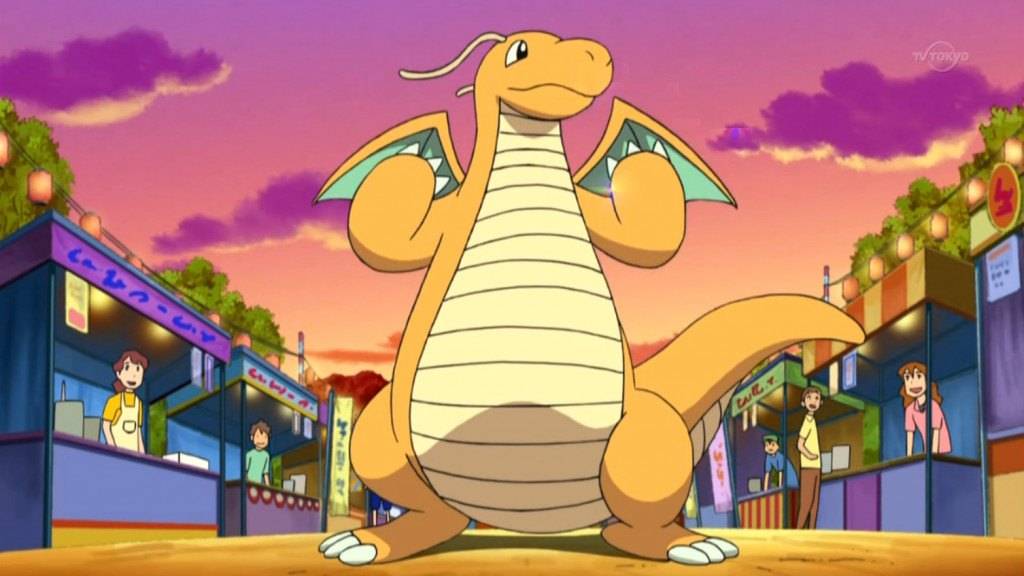 Dragonite is a dragon-type pokemon that is extremely rare. Unlike Charizard, who has a fearsome visage, Dragonite has a kind and adorable aspect. The actuality, however, is rather different. When it feels a threat to its habitat, it becomes highly violent. It’s one of the rarest pokemon, yet it’s also one of the most difficult to train. Dragonite is a descendant of Dragonair, which is a descendant of Dratini. Unlike Charizard, Dragonite has a rounded nose rather than a high one. His legs were broad and muscular, and his hands were enormous. He is also cloaked in orange fur. 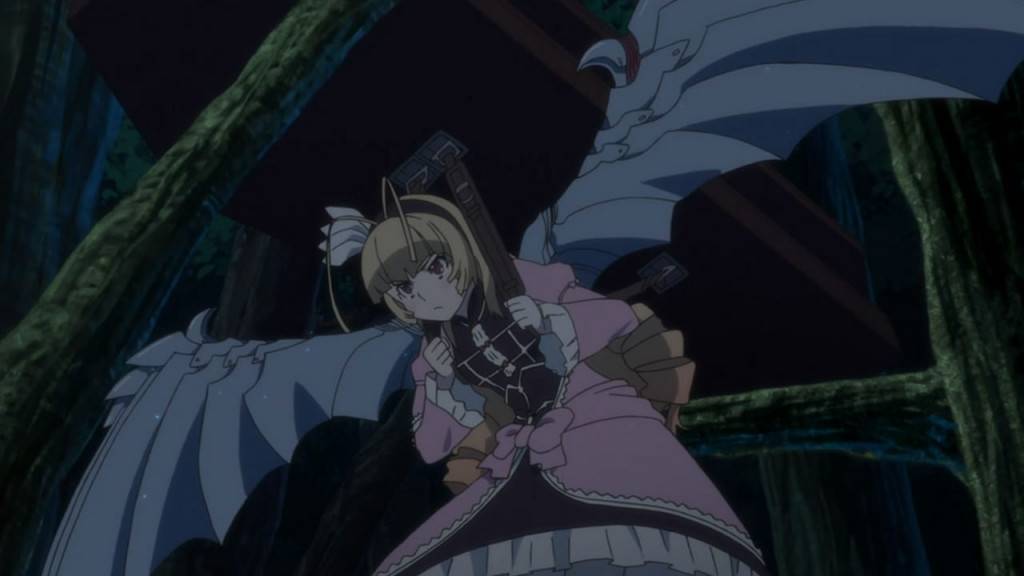 Fredrica is a dragon from ‘Hitsugi no Chaika,’ a supernatural adventure anime series. Dominica’s dragoon is her name. She has the rare ability to shift her shape at will and has been dwelling in Dominica’s shadows since her death. Fredrica runs into Toru’s group, which includes Akari, Toru’s adoptive sister, and Chaika Trabant, the daughter of the late despotic ruler Gaz. She fights them and loses, after which she transforms into Lucie Skoda, her master’s younger sister. Fredrica is always looking for an opportunity to fight Toru to the death. Toru keeps putting off their fight (who wouldn’t?) by claiming that he needs to assist Chaika in finding her father’s remains.

The dragon Gio appears in the anime series ‘Dragonaut – The Resonance.’ It’s one of the series’ many dragon eggs. ‘Dragonaut – The Resonance’ is set in a world where Pluto has been destroyed by an asteroid. Though the asteroid has stabilized since colliding with Pluto, it could become dangerous if it accelerates and collides with Earth one day. Humans developed Dragonaut as a weapon to combat this menace. Gio is paired with Kazuki Tachibana, but he dislikes him and frequently professes his desire to protect Toa, despite the fact that he is not on her side. 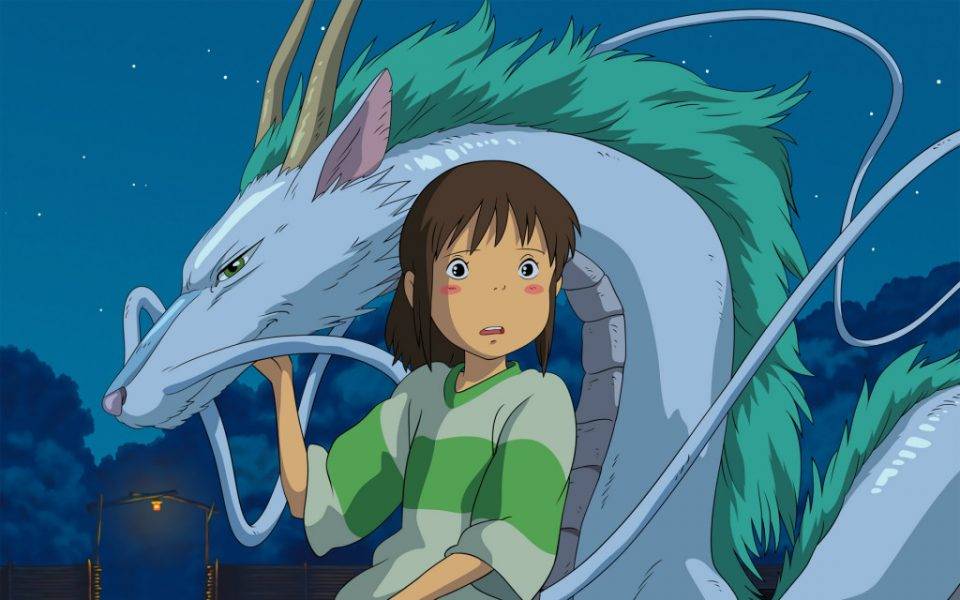 In the spooky anime film ‘Sen to Chihiro no Kamikakushi,’ Haku is a main character. This is a fantastic anime film. Even though it aired more than a decade and a half ago, I watched it two years ago. It had a lovely plot about Chihiro Ogino, a 10-year-old girl who, along with her parents, discovers an abandoned amusement park. The park may appear normal at first glance, yet unusual things happen here at night. Chihiro’s first buddy is Haku, a young kid. Haku, on the other hand, is no ordinary young man; he has the ability to turn into a magnificent Japanese dragon. As a result, he receives a slot on this list. 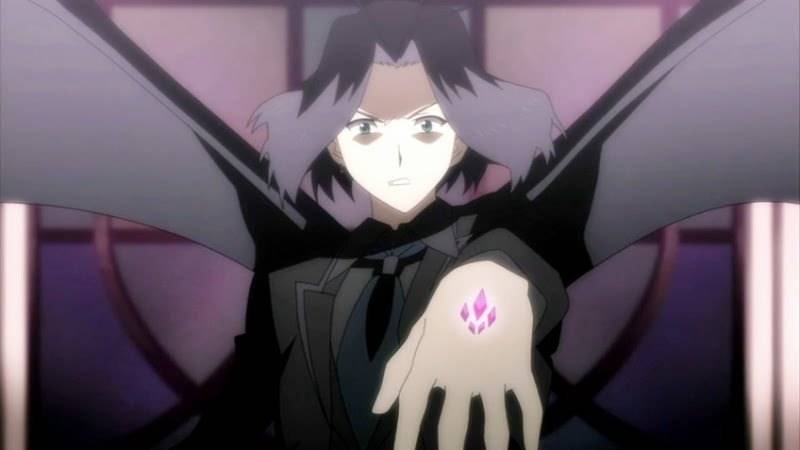 Onyx is a character in the supernatural anime series ‘Dragon Crisis!’ Onyx is a dragon. This is yet another lousy production. I suppose it caters to a specific audience. I haven’t met anyone who has seen the show, so I can’t really comment. In any case, the series follows Kisaragi Ryuji, whose easygoing, ordinary life is turned upside down when his cousin returns. They eventually obtain a black box from a black broker, which they open and discover to be unique. Rose, a red dragon girl, was in the package. Rose’s fiancee is Onyx. He’s a power-hungry dragon who’ll go to any length to get his hands on as much as he can. He is a black dragon, unlike Rose. 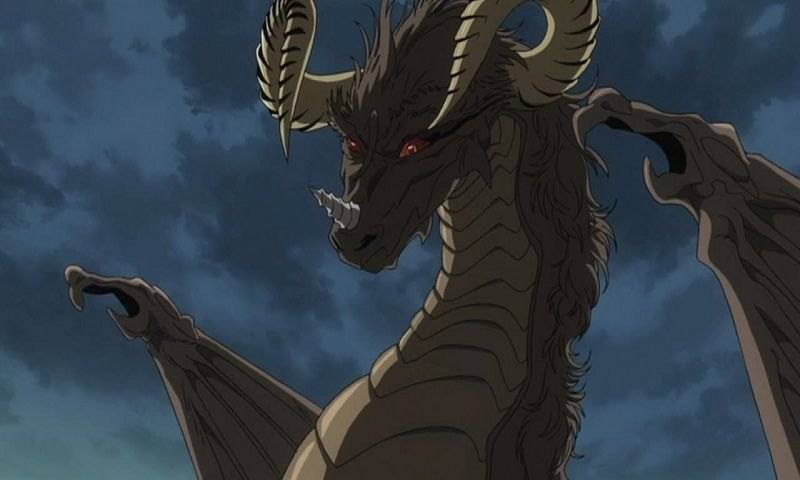 In the fantasy anime series ‘Ichiban Ushiro no Dai Mao,’ Peterhausen is a dragon. Akuto Sai is the protagonist of the program, and he wants to change the world for the better. He meets Junko Hattori, who shares his beliefs and ambitions. They enroll in a magic academy as a first step toward realizing their ambition. Akuto, on the other hand, turns out to be more unique and unusual than everyone else. He’s expected to succeed as the next demon king. This information swiftly spreads, and people begin to distance themselves from him. Peterhausen is a gigantic and demonic dragon with a horrific look. Its horns are curled. When Peterhausen attempted to attack Etou, he was defeated by Akuto. As a result, Akuto became its ruler. Their narrative has a sad ending, since Peterhausen died in the war, along with its master. 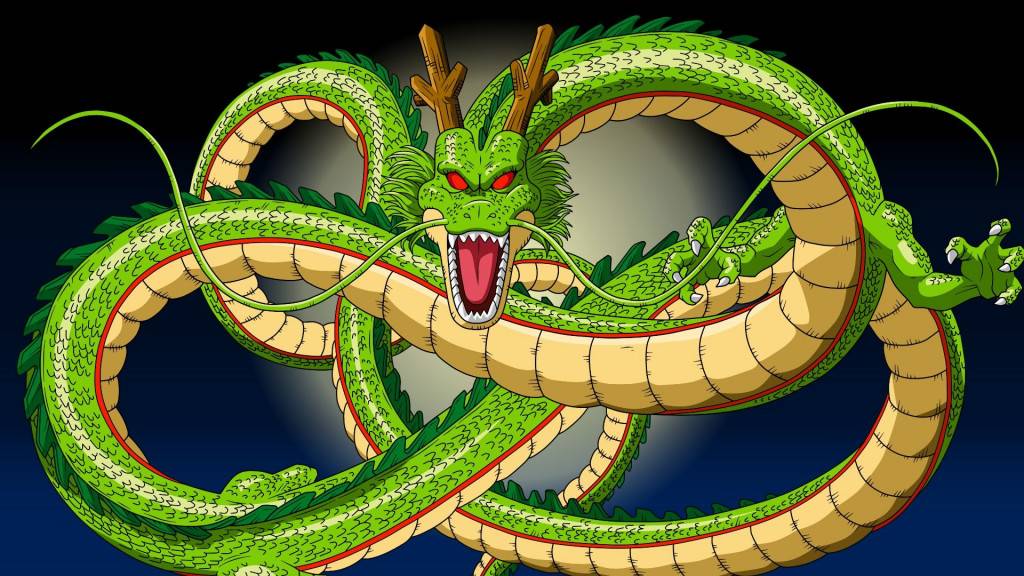 Shenron is a beautiful dragon from the ‘Dragon Ball’ action anime. It is a powerful dragon capable of granting a wish to anyone who seeks it out after collecting 7 dragon balls. After the 7 dragon balls are obtained by the end of the first season, we finally get to witness Shenron in all his magnificence. The Super Shenron, who initially debuted in ‘Dragon Ball Super,’ is another majestic version of Shenron. Super Shenron is even more powerful, and he can even restore worlds that have been devastated.

Where To Watch The Sopranos, Is It Available on Netflix, HBO Max, Hulu, or Prime?