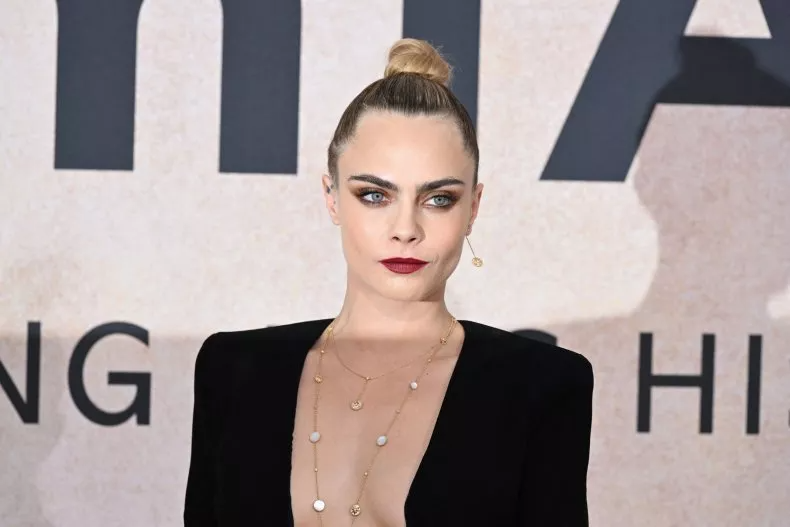 Is Cara Delevingne Alright? After She Missed NYFW Event, Fans Spotted Her In A Stranger Video!

Concerns regarding model and actor Cara Delevingne’s recent conduct increased after it was revealed that she skipped her own event during New York Fashion Week (NYFW) on Monday.

Delevingne worked with the late German fashion designer Karl Lagerfeld’s company to create a capsule line of stylish, gender-neutral clothing and accessories. The model told Vogue that Lagerfeld “would be incredibly happy of what we have done and how we have created it” after working on the collection for a number of years.

A capsule premiere for the partnership took place on Monday evening at New York Fashion Week, with a large number of celebrities and fashion insiders in attendance. The line debuted internationally on September 8. According to various sources, Delevingne herself was the only item missing.

Keke Palmer, actor Nina Dobrev, Becky G, Jamie Campbell Bower, and Candice Swanepoel were among the attendees at the party.

Delevingne’s absence from the event was the most recent instance to upset her followers, as some have been bringing up recent actions they’ve thought weird.

Cara Delevingne, a British model, arrives at the Hotel du Cap-Eden-Roc in Cap d’Antibes, southern France, on May 26 to attend the annual amfAR Cinema Against AIDS Cannes Gala as part of the 75th Cannes Film Festival. Concerns over Delevingne’s recent behaviour arose when she recently skipped her own event at New York Fashion Week.
AFP/STEFANO RELLANDINI THROUGH GETTY IMAGES

A video with 1.8 million views at the time of publication shows Cara Delevingne barefoot, appearing to be on the phone, and pacing erratically outside the Van Nuys Airport in Los Angeles. Most recently, sources have claimed the Only Murders in the Building actor appeared shoeless and fidgety at an airport.

At the 2022 Billboard Music Awards in July, where she spent the evening assisting rapper Megan Thee Stallion on the red carpet, viewers observed that she appeared to behaving abnormally. She said that she was simply playing the role of the rapper’s hype woman for the evening while appearing as a guest on The Tonight Show Starring Jimmy Fallon.

She spoke to Megan Thee Stallion’s attire, a black and beige Mugler miniskirt with a halter top and flowy scarf that hung from the side, saying, “I was standing behind her and then she was trying to [do] the thing with fashion [where] you flick your [dress], and she really couldn’t.” I acted as her hype woman while assisting her and encouraging her to go.

The actress went on to say, “I then started taking shots while lying on the ground. I guess that’s what I do. Simply enough, I was very excited. Let me get my angle, gentlemen, I say. I take pictures.” I had a blast.”

People thought it was a little strange even though she was living her best life, she claimed. “I’m considered strange by some, but that’s just who I am. Not ashamed.”

Delevingne openly states in her Twitter bio, “EMBRACE YOUR WEIRDNESS,” indicating that she has previously accepted that some people find her unusual.