Due to the chronology of The Fast and the Furious: Tokyo Drift, Han’s plot arc in the Fast & Furious series is everything but linear. In addition to the short film Los Bandoleros, Sung Kang played the role of Han in four films. Han made a welcome comeback in Furious 9, the latest instalment of the franchise, despite being assumed dead in Furious 7. Even while the specifics of Han’s reunion with Dominic Toretto and the crew are yet unknown, it’s safe to assume there will be some surprises. When you consider his history so far, anything is actually feasible.

Han made his first appearance in the third instalment of the series, Tokyo Drift. Kang’s persona first appeared in Justin Lin’s Better Luck Tomorrow before Fast & Furious. Sean Boswell, the protagonist of Tokyo Drift, was then trained by Han and taught the abilities required to succeed in the neighbourhood drifting scene. Unfortunately, Han was related to several dubious Yakuza figures. And as he was being pursued by foes through the city’s streets, Han was T-boned and his car exploded, supposedly killing him.

Han unexpectedly showed up in Los Bandoleros to join Dom’s crew in the Dominican Republic despite being presumed dead. Han proved to be a reliable co-conspirator in 2009’s Fast & Furious by assisting Dom in the hijacking of fuel tankers. He then returned to the group in Fast Five to participate in the robbery to steal $100 million from a dishonest businessman. He adopted the identity Han Seoul-Oh after falling in love with Gisele Yashar, another crew member, and they both agreed to assist the squad in Fast & Furious 6 in taking down a dangerous mercenary force headed by Owen Shaw. The short movie and its three sequels really took place before the events of Tokyo Drift, making Han’s presence possible. 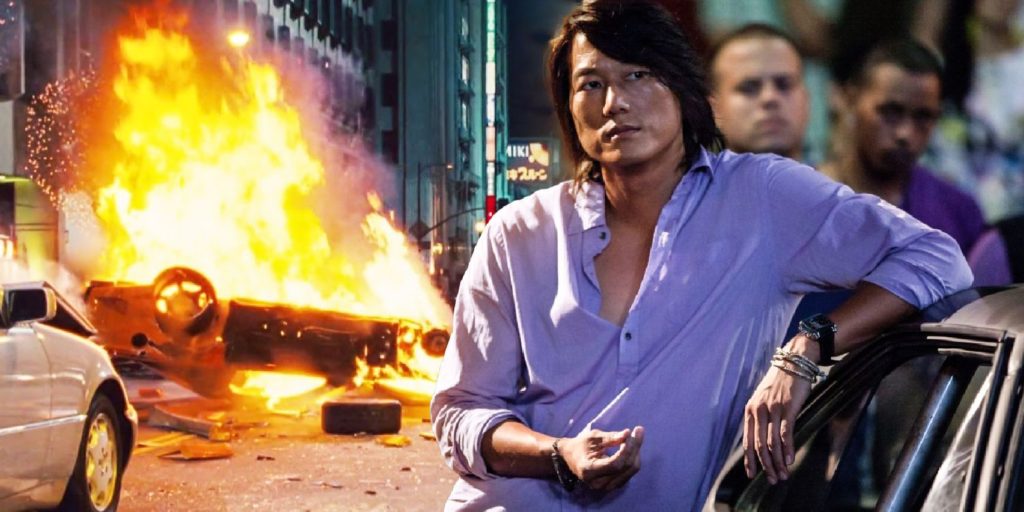 The year of Han’s debut movie, Tokyo Drift, was changed from 2006 to 2014 as a result of the Fast & Furious sequels’ alteration of history. Fast & Furious 6 was able to introduce Tokyo Drift by explaining why Han went back to Japan by altering the timeline in the past. Additionally, since Han only recently received millions from the Fast Five theft, it filled in the blanks about his “I have money” remark. As a prelude to the drama of Furious 7, Han’s apparent demise from Tokyo Drift was once more depicted in the Fast & Furious 6 mid-credits scene, revealing Deckard Shaw’s involvement.

Han did not appear in the seventh movie or The Fate of the Furious in 2017. It was still just a few years after Han was believed to be killed at this time because the movies had switched to a modern scenario. Han will need to be treated fairly while being absent in the Fast & Furious movies now that it has been shown that he is still alive and healthy. If you haven’t seen it already, F9 will make an effort to clarify any gaps in Han’s already hazy history, but it wouldn’t be unexpected if the films made a few more retcons before wrapping up.