There were various reasons why Green Lantern 2 was never made, but Ryan Reynolds is best known for portraying DC’s Green Lantern in the 2011 film. Warner Bros. tried its hand at a Green Lantern/Hal Jordan origin narrative before Ben Affleck’s Batman and Henry Cavill’s Superman revitalised the Justice League franchise. Reynolds played Hal Jordan in the 2011 picture Green Lantern, and Blake Lively played his love interest Carol Ferris. Their on-screen chemistry would stick out since they later went on to become one of Hollywood’s most well-known married couples.

Green Lantern was originally intended to get a sequel to continue Hal Jordan’s story with Ryan Reynolds resuming his part, as with any franchise-starting material these days. In the same way that Iron Man launched the first phase of the Marvel Cinematic Universe, Warner Bros. intended for Green Lantern to be the first entry in a new DC cinematic universe. Even the never-to-be-produced sequel, in which Sinestro (Mark Strong) gets corrupted by the dark power of the yellow ring of fear after its revival, is hinted to in the Green Lantern movie’s closing credits.

The superhero movie industry considered Green Lantern to be a flop almost universally. The movie underperformed its $200 million budget, earning only $219.9 million at the box office. According to The Hollywood Reporter, Green Lantern needed to earn around $500 million to be deemed a success. Additionally, Green Lantern received overwhelmingly unfavourable reviews from both critics and viewers, presently holding a score of just 26% from critics and 45% from viewers on Rotten Tomatoes. Despite having a huge budget, the general perception was that Green Lantern was wildly disappointing, with many critics calling out its mishandling of comic book lore, flimsy writing, and preference for sound and special effects over content. 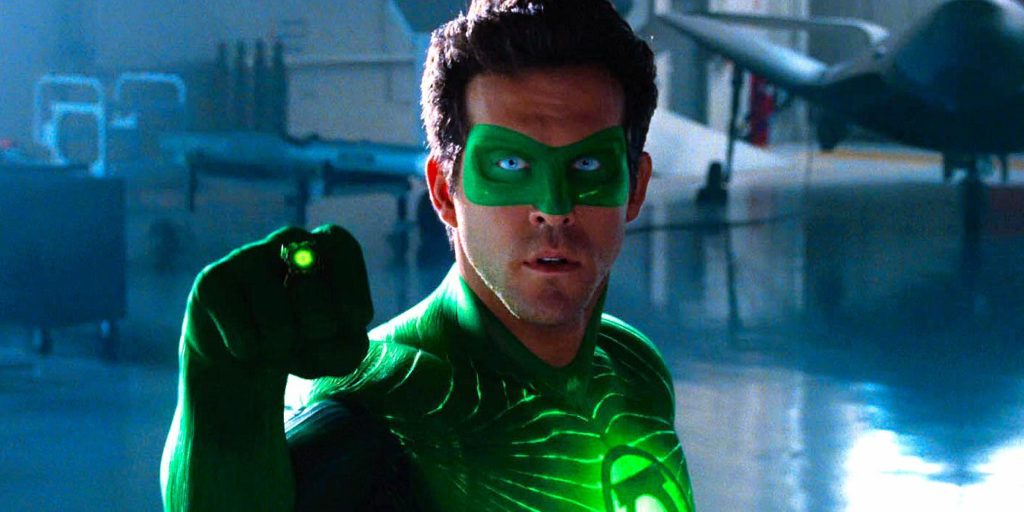 Warner Bros. scrapped the predetermined sequel as soon as word of Green Lantern’s financial failure and dismal response from reviewers and fans spread. Although Zack Snyder did tease almost bringing Reynolds back as Green Lantern in 2017’s Justice League, screenwriter David S. Goyer suggested that Green Lantern’s presence in the universe would be a reboot, ditching Reynolds’ rendition, when Man of Steel was planned to launch the DCEU. Reynolds’ lack of enthusiasm in playing the same part in the sequel, coupled with his obvious dislike of the original movie, was another factor in its cancellation. Reynolds, who only saw Green Lantern for the first time in March 2021, has also previously warned fans on Twitter not to watch it. The final sequence of Deadpool 2 included a meta Easter egg in which the character shoots Ryan Reynolds as he reads the script for Green Lantern in order to keep him from playing the lead role.

Ryan Reynolds’ portrayal of Hal Jordan in Green Lantern, which was a critical and commercial failure, still demonstrated his ability to direct a superhero film and gave rise to his most well-known creation to date: Deadpool. Reynolds might not have been able to shake the association of his DC superhero and later been cast to play the well-liked Wade Wilson if Green Lantern had gone ahead with a sequel that most likely would have resulted in the same sad outcome. In Reynolds’ instance, the switch from DC to Marvel or vice versa worked out better for the actor than it did for Tom Hardy or Ben Affleck, who played Marvel’s Daredevil before taking on the title role of the DC Extended Universe’s Batman.

The DCEU finally has a chance to redeem the character(s) after a decade of neglect, thanks to HBO Max’s decision to move through with a Green Lantern TV series that will follow several human Green Lanterns, including Finn Wittrock’s Guy Gardner. The HBO Max series will be the first high-profile Warner Bros. project since Reynolds’ Green Lantern that solely focuses on the character, but Green Lantern has appeared in other DC films including Zack Snyder’s Justice League, Stargirl, and through Easter eggs on Arrow (and his corps).